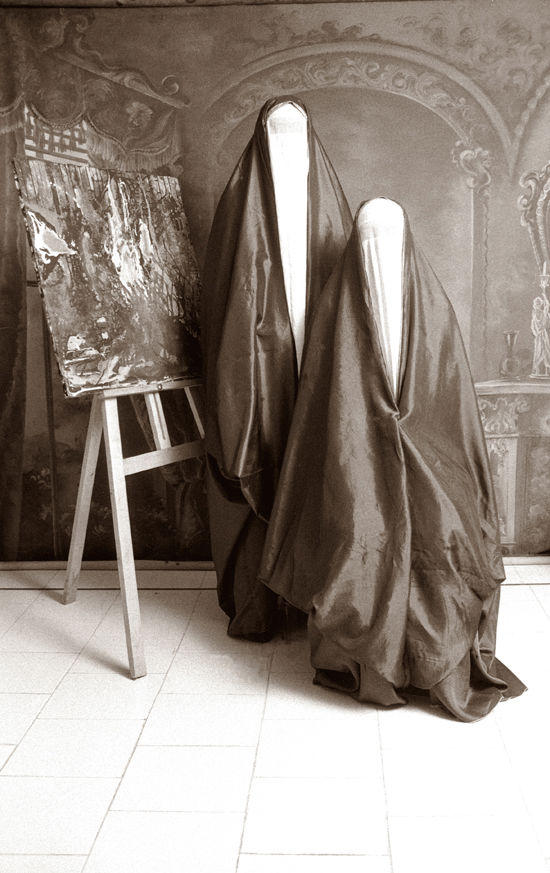 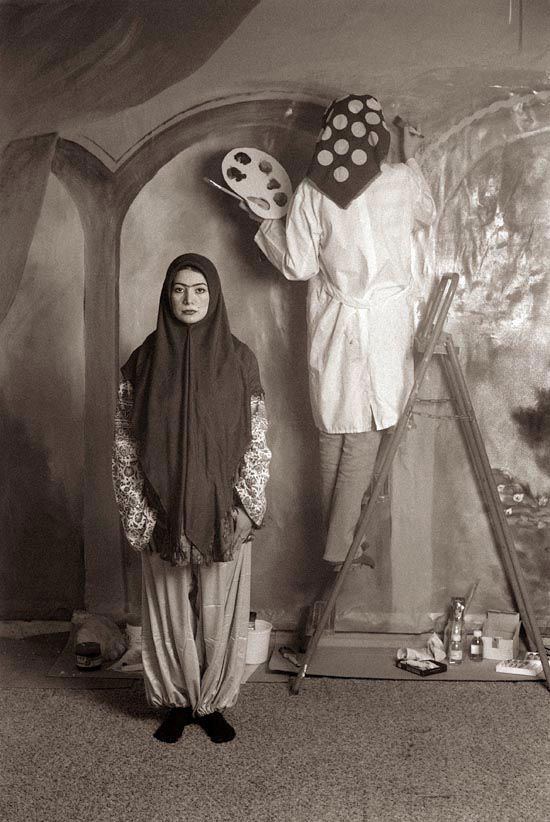 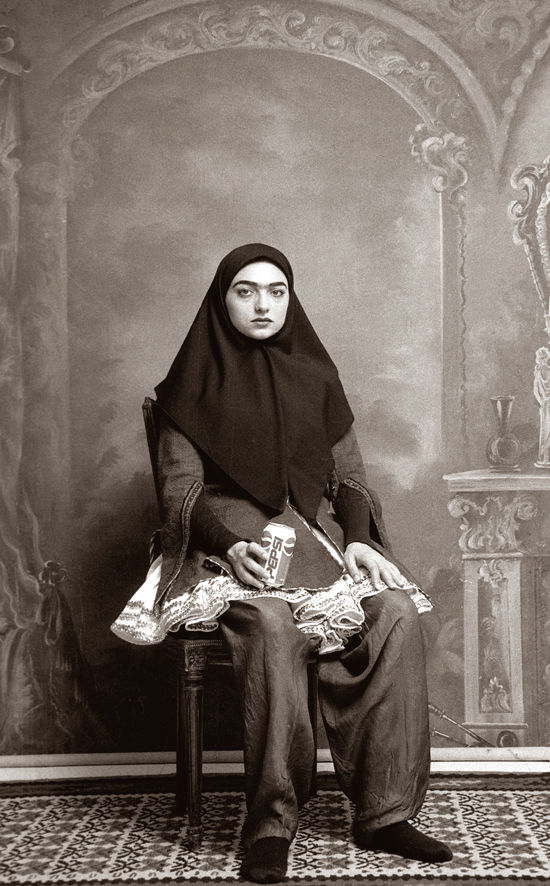 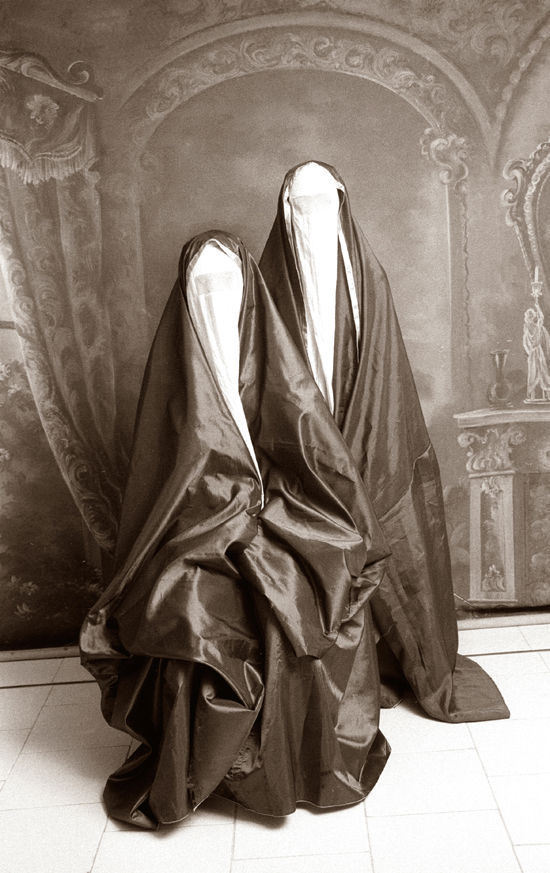 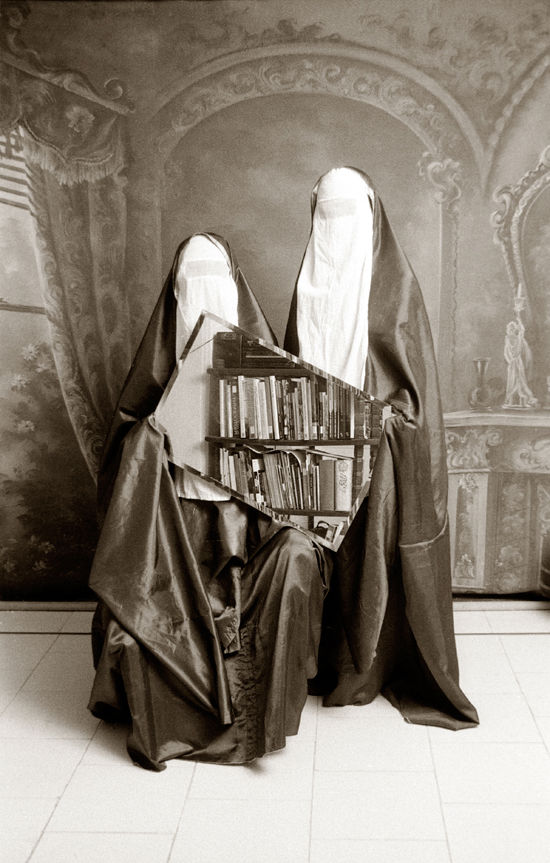 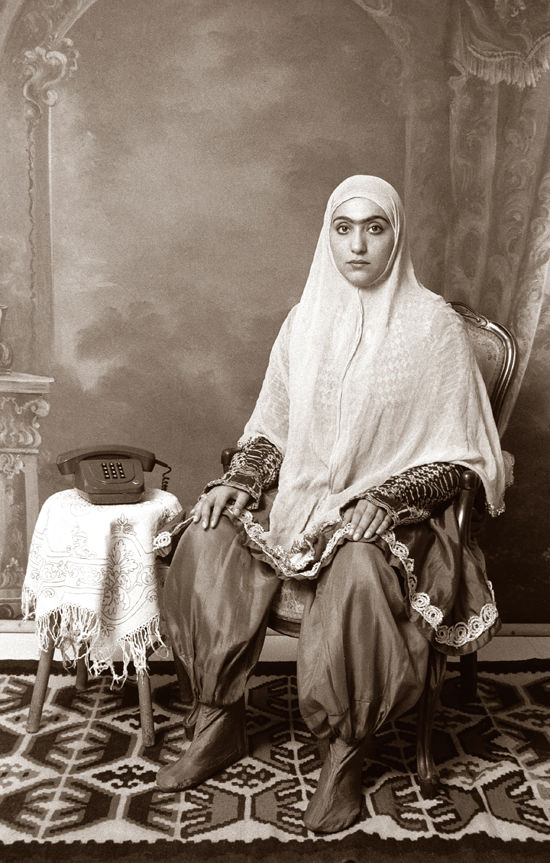 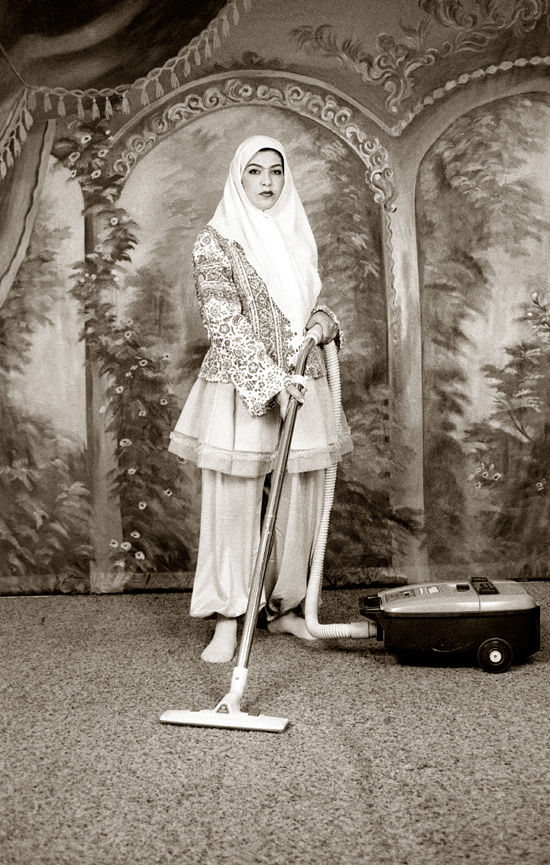 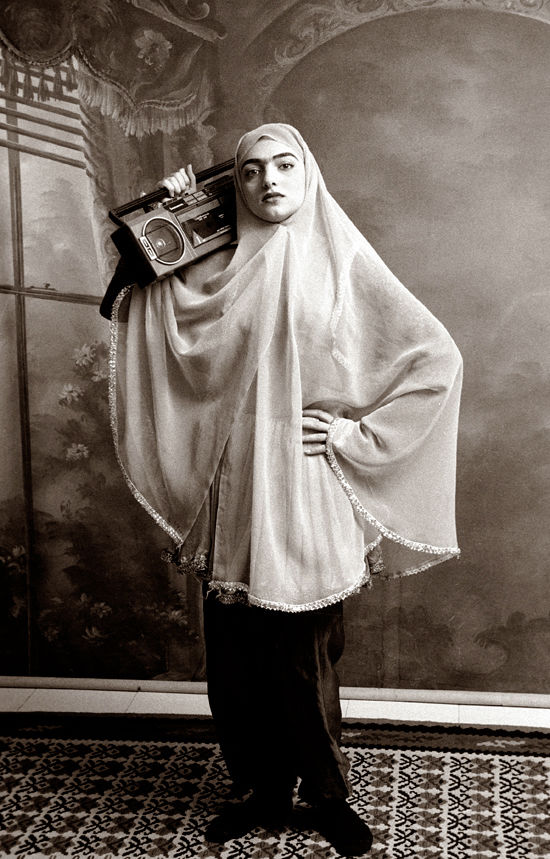 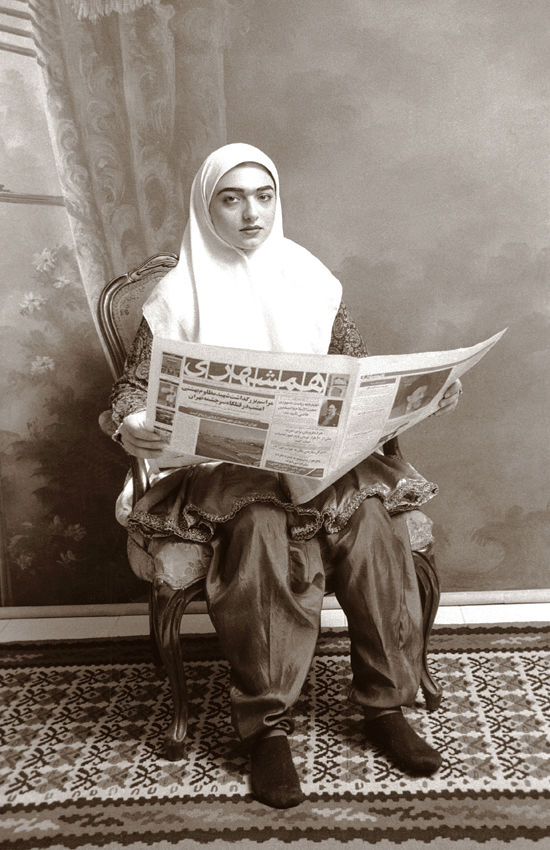 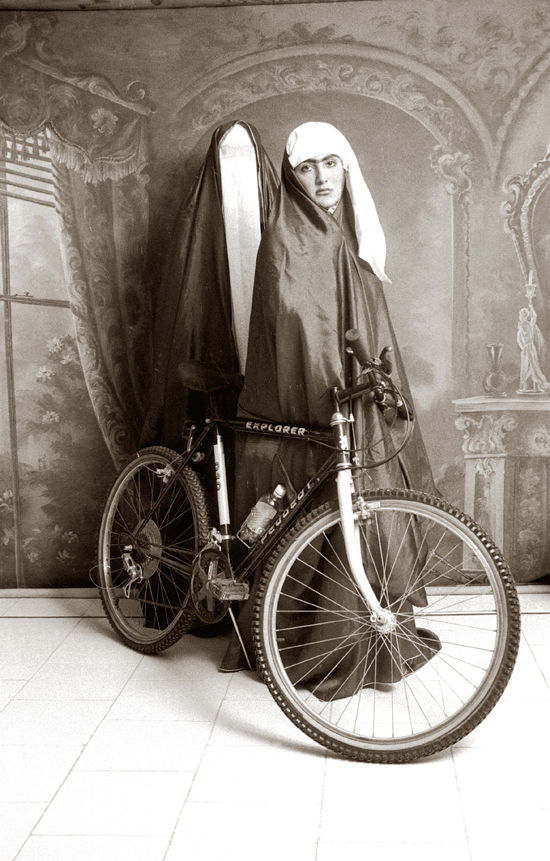 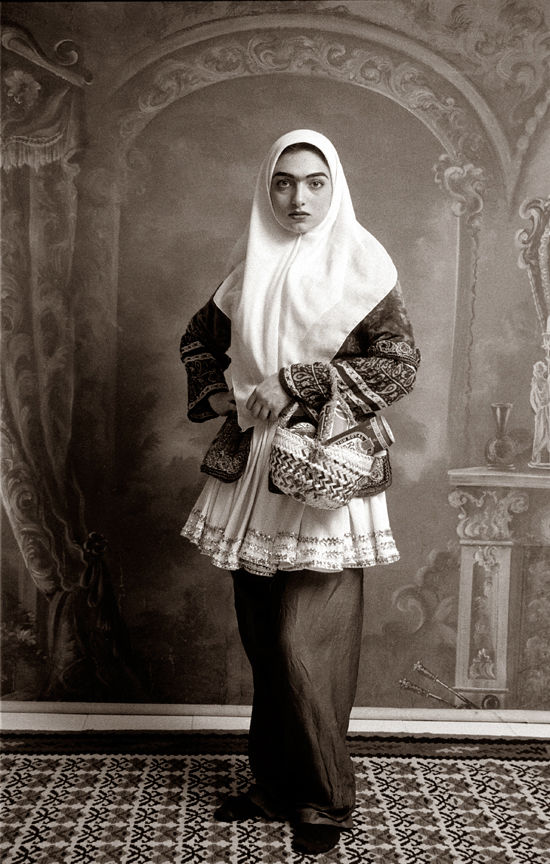 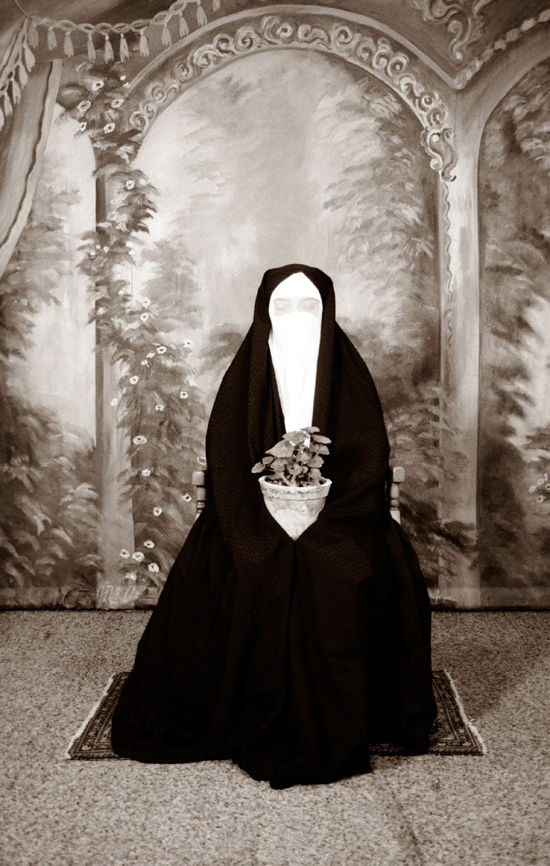 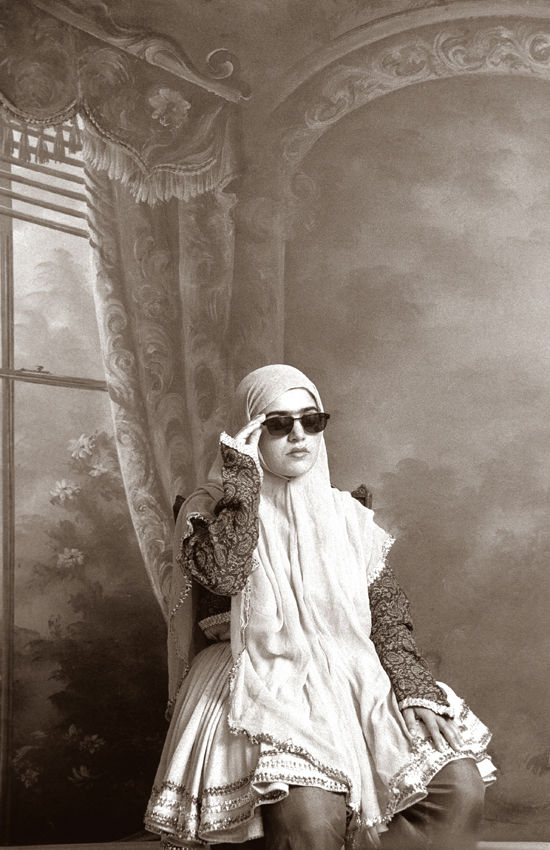 In her 1998 series "Qajar," Shadi Ghadirian tried to reconstruct the atmosphere of a previous era by using old backdrops. Her models, chosen among close family and friends, are shown wearing clothes from the turn of the 20th century and are carrying objects, mostly smuggled, into contemporary Iran.

"When I was working on this series of photographs," Ghadirian says, "I had just graduated and the duality and contradiction of life at that time provided the motive for me to display this contrast: a woman who one can not say to what time she belongs; a photograph from two eras; a woman who is dazed; a woman who is not connected to the objects in her possession."

via wip and a/h