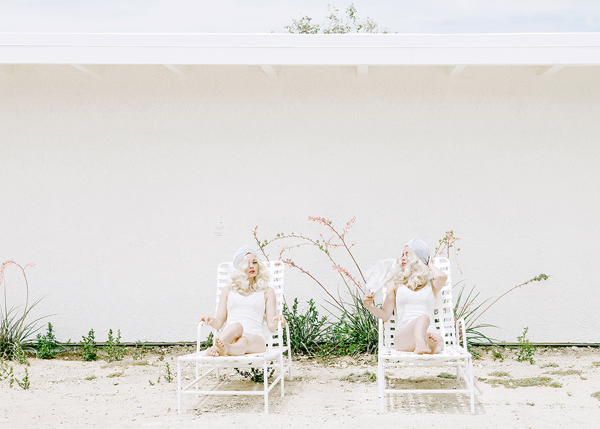 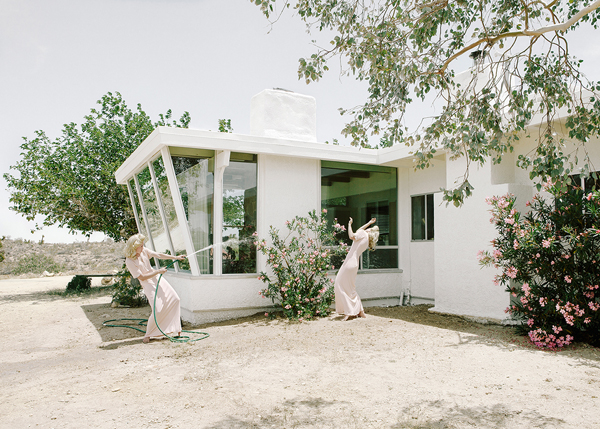 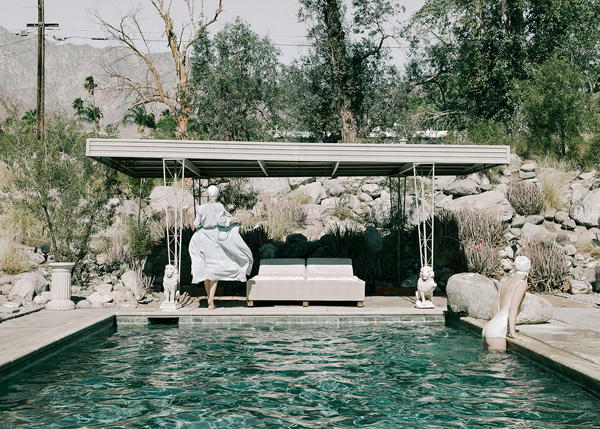 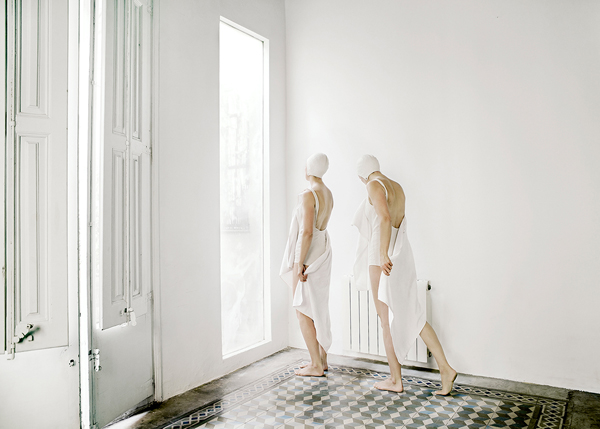 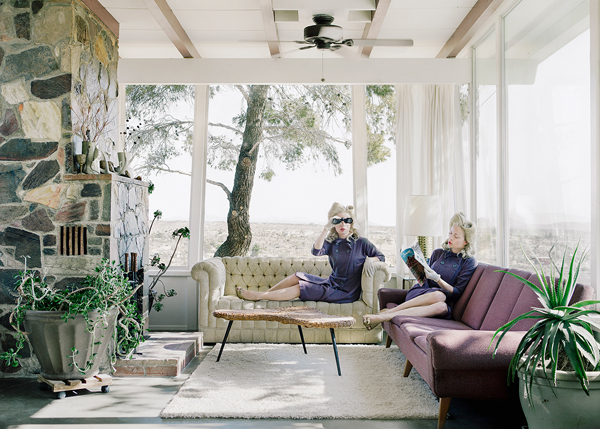 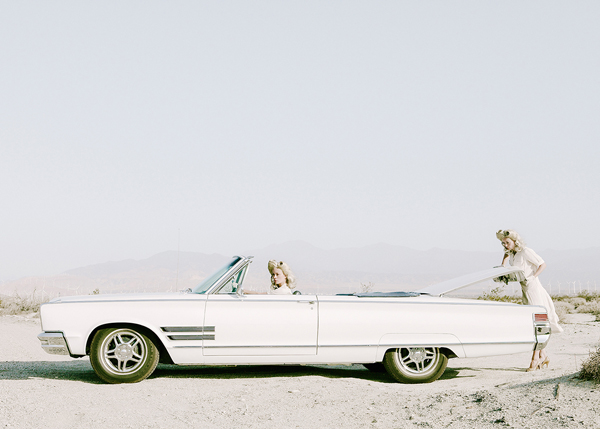 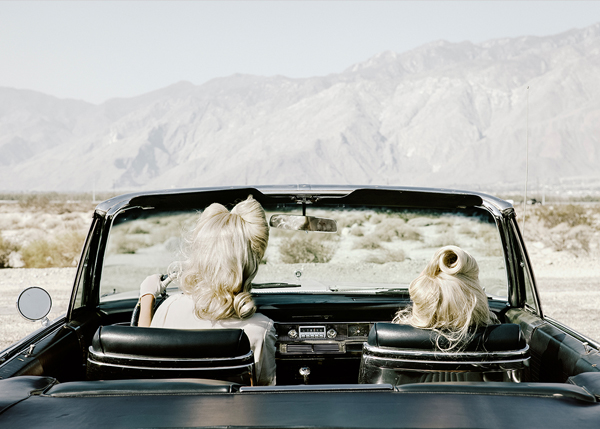 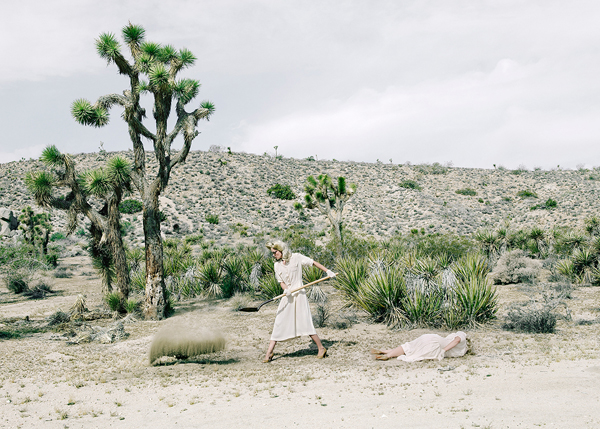 In the series “Darlene & Me,” photographer Anja Niemi uses the landscape of the Californian desert to create a tableau. These photographs depict a narrative between two women (who are the same woman.) According to the artist, the series is inspired by a suitcase from the late 1950’s that belonged to a beauty counselor named Darlene. Niemi writes “The case left me with a feeling of a woman’s failed attempt at success, and a strong sense of who got in her way.” The series portrays these women often in distress with each other yet occasionally there is a sense of contentment.