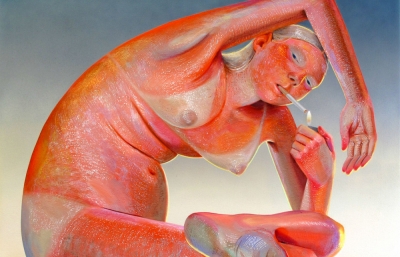 Juxtapoz Reader Picks: The 25 Most Popular Shows of the Decade 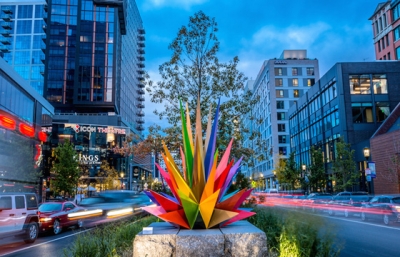 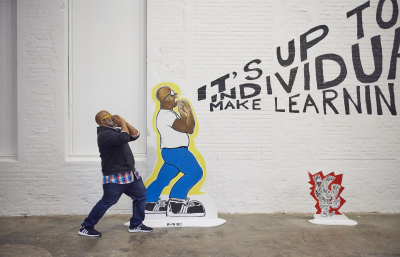 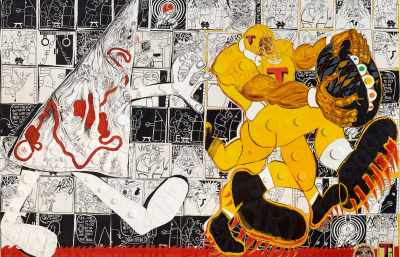 An Ingenue's Hues and How to Use Cutty Black Shoes: Trenton Doyle Hancock Kicks off New Year in LA 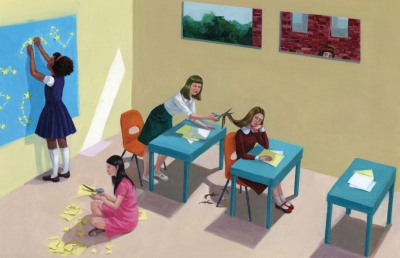 For nearly two decades since his graduation from Temple University, Trenton Doyle Hancock has brought to life a cast of colorful—and often not so colorful—characters through his work. At the center of Hancock’s storytelling is an imaginative and epic narrative about fictional creatures called the Mounds, who populate a wildly fantastic, inventive landscape. The artist’s use of vivid imagery and mythology has earned him national and international recognition and prompted a fascination with the foundation of his practice.


What emerges upon further examination of those foundations is a wide-range of influences including comics, graphic novels, cartoons, music, and film. While Hancock’s paintings have become widely known, his drawings–both discrete and monumental–have not been fully explored before now. Trenton Doyle Hancock: Skin and Bones, 20 Years of Drawing is the first in-depth examination of Hancock’s extensive body of drawings, collages, and works on paper.

The exhibition features more than two hundred works of art as well as a collection of the artist’s notebooks, sketchbooks, and studies, many showing the preparation for several public commissions. Comprehensive in scope, this survey includes works from 1984 to 2014, chronicling the foundation of the artist’s prolific career. The exhibition provides a glimpse into the evolution of Hancock’s idiosyncratic vision beginning in his childhood. Ephemera such as early childhood drawings and the artist’s comic strip that ran in a college newspaper are featured to allow viewers to see the genesis of the artist’s mythology as well as the evolution of his practice.

Skin and Bones includes a range of the artist’s presentation of drawings from graphite on paper to paper affixed to canvas, from the use of collage to the use of wall as an expansive plane for monumental works. Inherent in the presentation of these drawings is the exploration of the artist’s conceptual framework and the narratives that manifest throughout his bodies of work. The exhibition presents a more focused concentration on his use of line and mark making as well as his approach to the tradition of drawing and his ability to implode that tradition through mechanical dexterity and conceptual weight.