The Flight Attendant: The Travels of Molly Choma 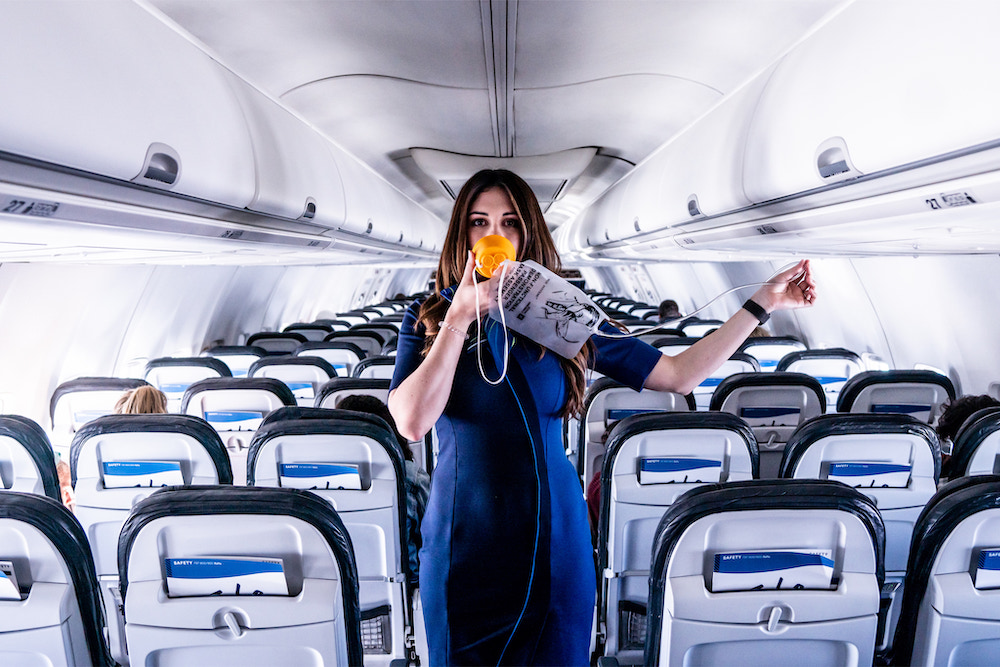 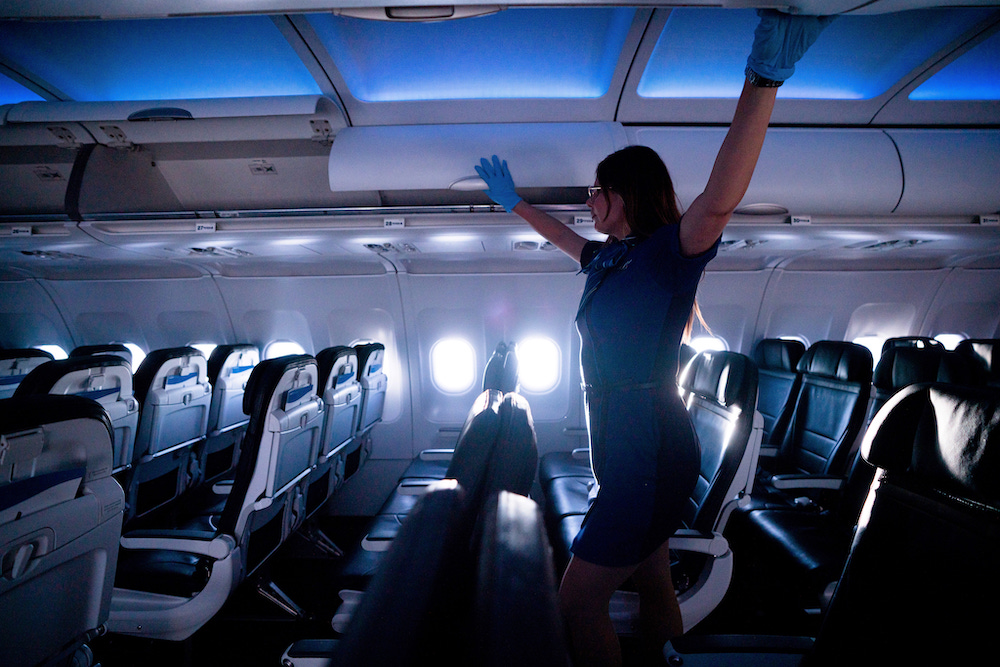 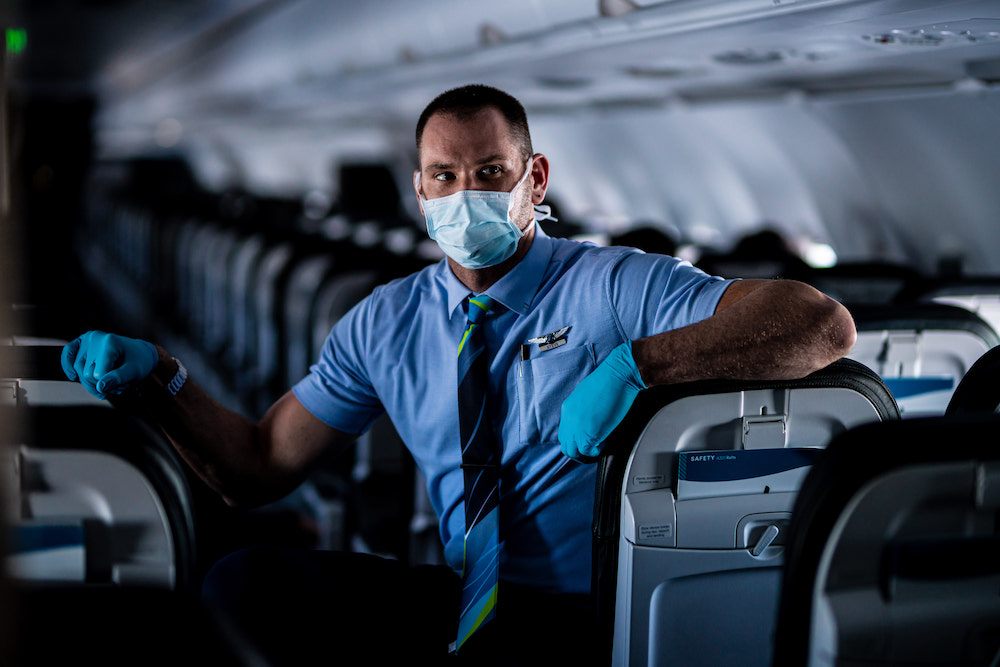 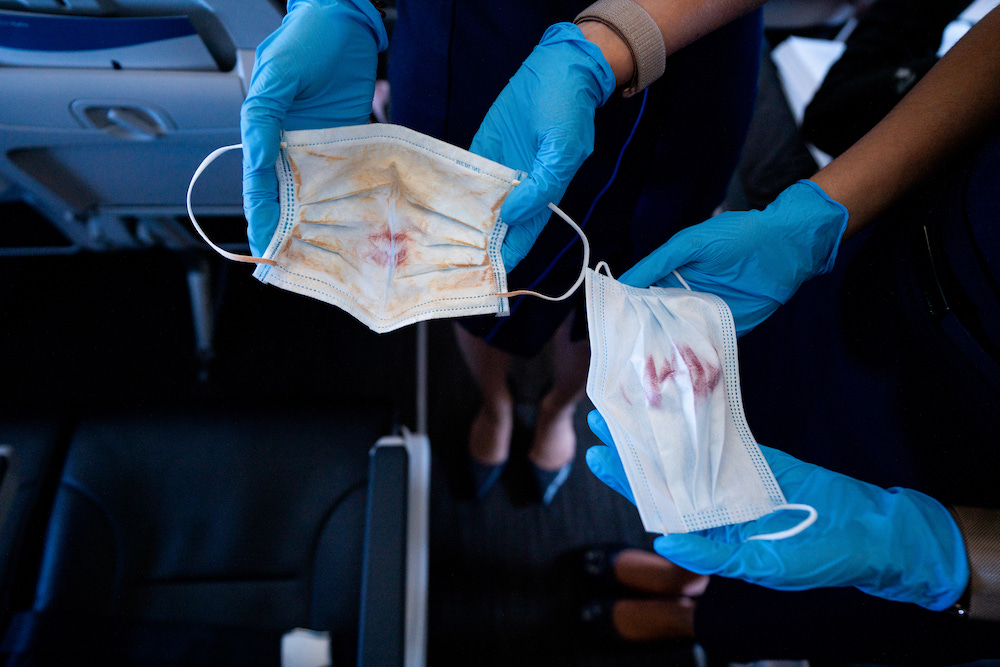 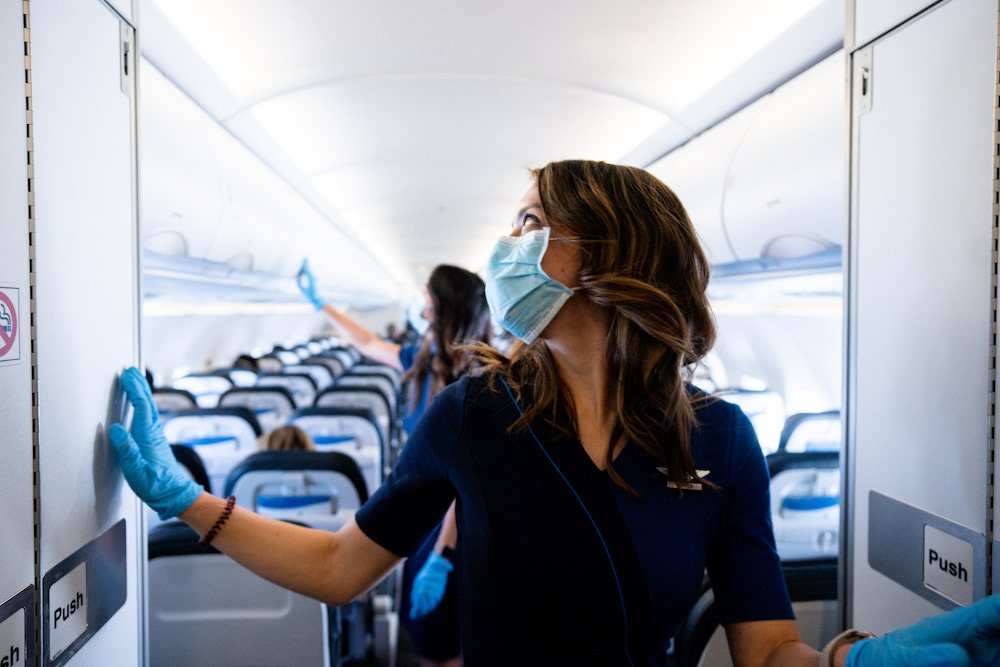 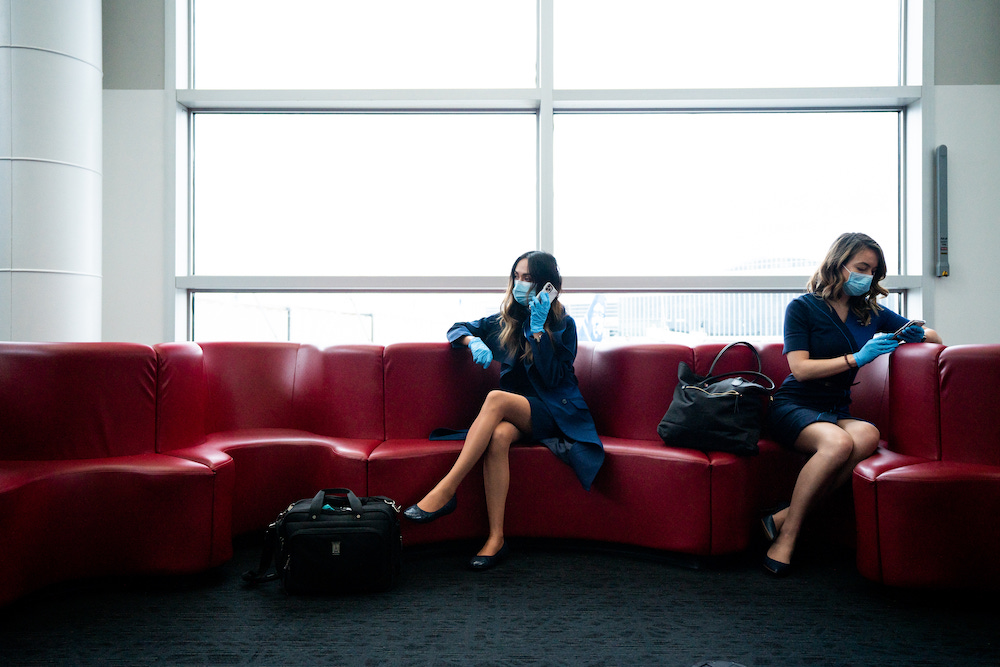 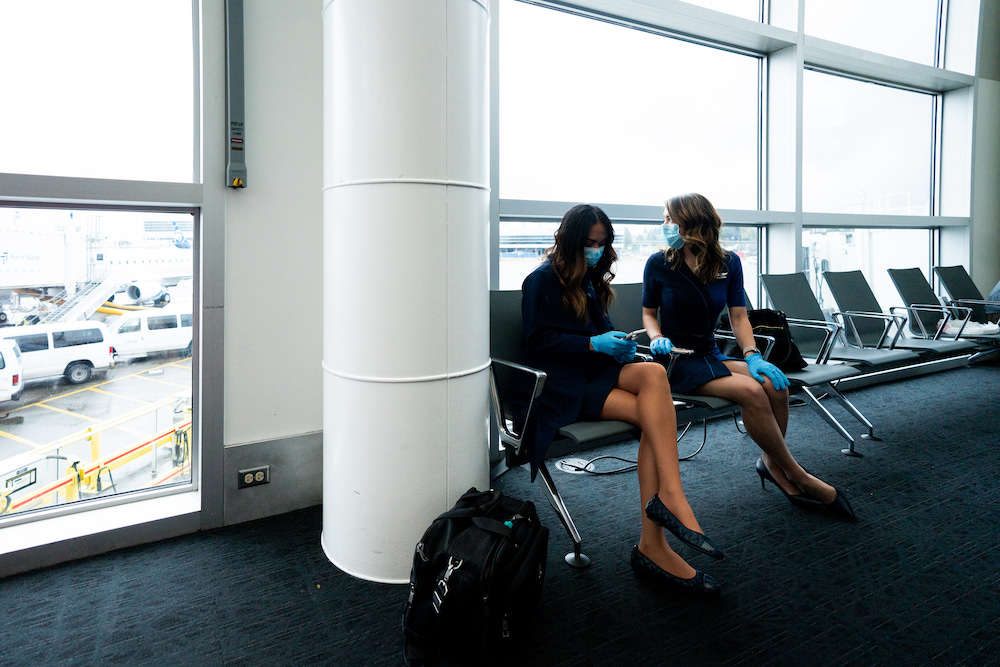 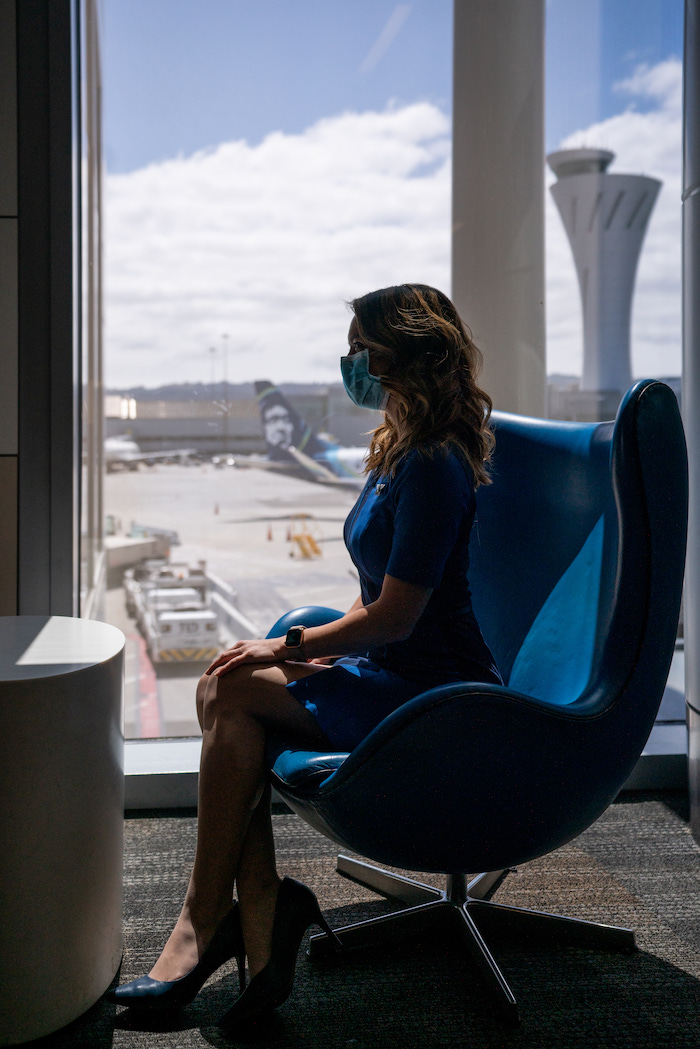 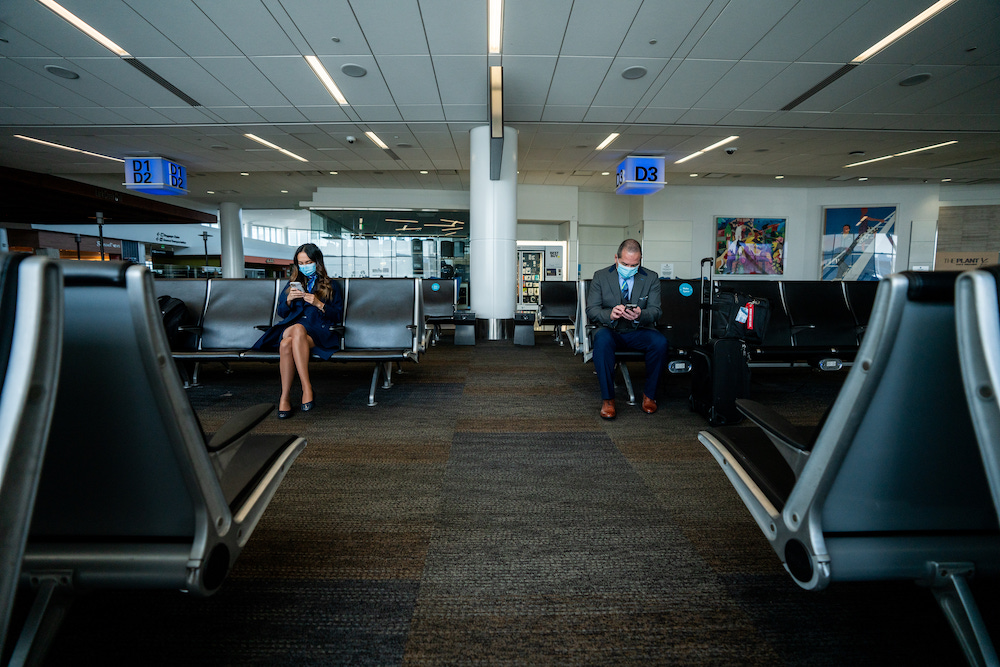 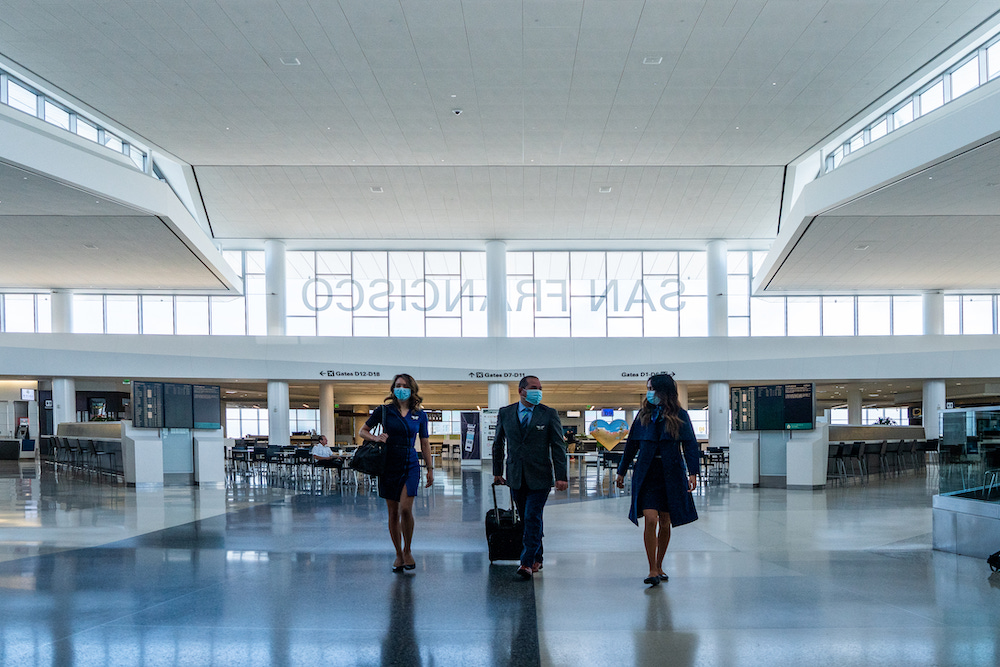 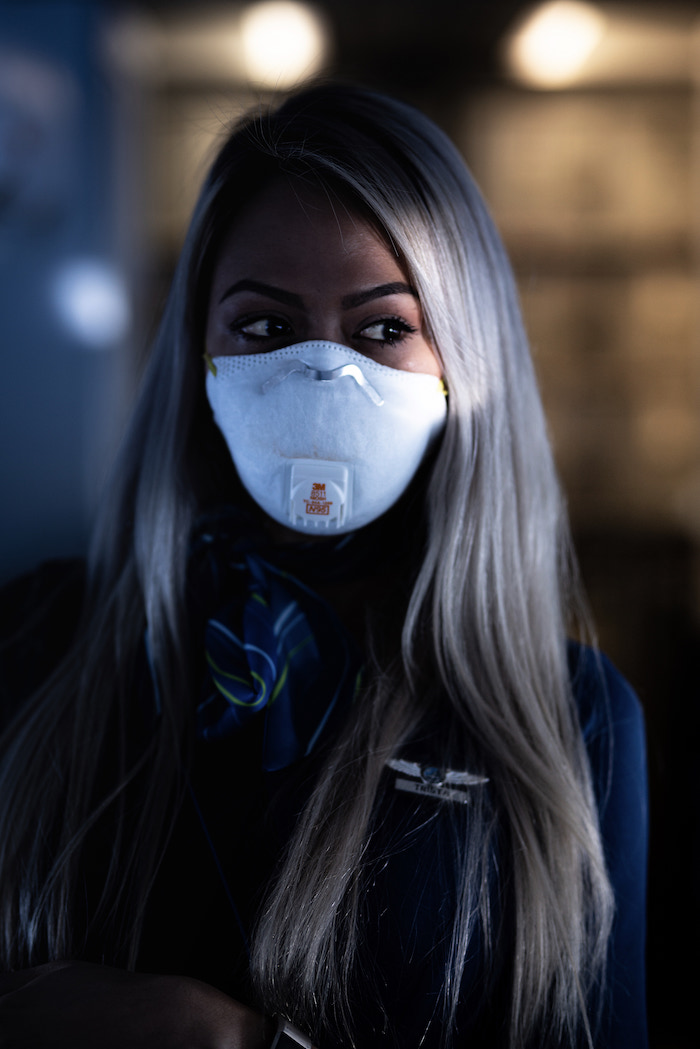 “I started at Virgin Airlines. I was on airport standby a lot and wasn’t getting called to work much, so I asked my supervisor if I could walk around the airport and take pictures.” Molly Choma’s mom always had a camera in hand and enrolled her daughter in all the neighborhood rec center photography classes. After studying art in college and ready to set out in the world, Molly fell into the family business. Though it started almost surreptitiously—“I wanted to be a true artist.” Molly decided that travel photography might just add some color to a steady paycheck, not to mention that, “My mom was a flight attendant for twenty years, and there are only, like, three or four pictures of her.” Taking pictures of friends at work turned out to be a gratifying way to document their fight experiences and share them with friends and families, too.

Hasn’t it always seemed that Richard Branson was a sweet, fun guy? Not sayin’ that he gave the orders, but it does speak to a kind, corporate culture because the folks at the head office caught wind and invited Molly to join a short term marketing project. “I ended up working at headquarters for two years, and in that time, I saved up, built my portfolio. I had two really good bosses who encouraged me to pursue it, and when I finished and went back to flying, I did more work on the plane.” Again, determined to record her memories and career, she took the camera to work, wanting her colleagues to have snapshots, chances to reflect on such a huge part of their lives, though, obviously, “You don’t photograph the passengers. I’d get ready to shoot a colleague and someone would come back to use the restroom —time to rest!” Not surprisingly, inflight photography introduced some challenges, as some of you may recall first stepping into the mood ring, night-clubby cabin of a Virgin plane. “Oh yeah, it was definitely an adjustment, and I feel like I learned so much about lighting subjects. The idea behind the almost purple-lit interior was to create a lounge-like, relaxing atmosphere. Looking back in the archives, there are even advertisements that poke fun at how mood lighting makes people look more attractive—until they turn on the reading light—and wham, it changes into a less attractive look! But they were always trying to create a sexy vibe, so sometimes it made my pictures look really different. I think editing and learning how to understand how I could push the limits within that lighting scheme really challenged me to get everything, especially my colors, straight and understand what my cameras could do. I even used the tin foil covering the first class meals as a reflector. If there was a reading light on, we could reflect more light onto someone's face or what they were doing, and sometimes I would use the tinfoil off the top to reflect light on the subject’s face when I was trying to create a moment.” 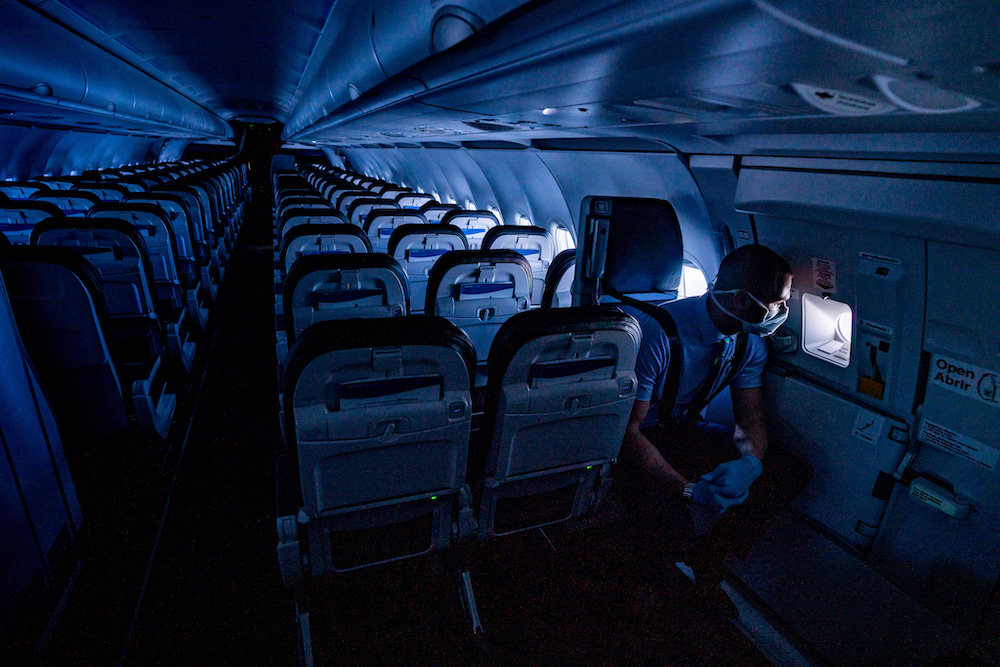 But Choma got into stewarding to travel too. She loved flying to and from New York City out of San Francisco and Los Angeles, peppered with flights to Canada and Mexico, but felt that somehow she was kind of destined to go to Africa. “At the time, my Mom was working at a church at the front desk, and I was talking out loud about it. One of the pastors overheard, comes out and tells me that his sister raises funds for a school in Malawi—and ‘We’re going in a year or two.’ I kind of self-assigned myself as their photographer to document the progress of the school program. Along with a team of nurses, teachers and soccer enthusiasts, and, thanks to the professional reciprocal benefits of being a flight attendant, I could make my own way and tag along.

Although the 2020 trip was naturally cancelled, Molly was able to make her way twice, and not in a posh safari and jeep mode, complete with guides and traveling chef. A local inn near the Malawi Children’s Mission did cater to western stomachs, though morning coffee had to wait for a good, long boil,”Well, it wasn’t the Starbuck’s standard wait time, but longer than some of the other visitors were used to! The locals are more tolerant of the water, but they were really cautious about making sure we were OK—they call Malawi the Heart of Africa—and they wanted us to be comfortable. Everyone was so warm and hospitable, so gracious.” The national food is nsima, a cornmeal porridge made from maize which grows in fields all across the country. Molly likens the texture to rice and couscous—served with cabbage and vegetable leaves, often kale, proving travel isn’t necessary to hail kale for its universal applications.

Since the Mission was the mission (MCM) and focus of many of the photos, I wanted to know more about the children and families, for example, a young girl who appears in many of the photos. Molly nods at the memory of Elena, shown in her school uniform. “Yeah, she’s one of the kids who was in my video. She had lost both parents and lived in a child supervised household, the second youngest of four children I had met in 2016. I can’t say the video was the highest quality, but it did the job and we were able to build them a new house. We were able to build another house with the help of some teenage boys on the next trip. They’re mostly mud bricks, the nicer ones with straw roofs and maybe two rooms. But I remember the mother saying that ‘This is a home I’m proud to be taken out of when I die.’ There are some areas that have sturdy brick structures, but most people sleep on the ground. They really have few possessions, maybe a couple of dolls. What fascinated me when I visited Elena’s first home, the one that got washed away before we rebuilt it, was how the families were surrounded by pure dirt and mud, but still went about starting a fire, making breakfast and washing dishes. And despite that, Elena gets ready and leaves for school in her perfectly clean uniform.” Reflect on that next time there’s a power failure and there’s collective hysteria about how much power is left on your smartphone. And though reports on the devastation of climate change in so-called undeveloped countries fill the daily news, those words fail to make a galvanizing impact. Malawi has experienced drenching rains and flooding in the last 40 years, and curated, concierge-led tours throughout the region don’t make the itinerary.

One of the pictures introduces us to one of the village tailors. “It’s actually a kind of formal culture where the women wear dresses and the men wear suits and shirts, which are made on site. The tailor I met was cutting material to make shirts, and he was sitting next to a bunch of jackets. When clothing tears, you take it to the tailor to have it fixed, and this is a popular profession for Malawian men.” 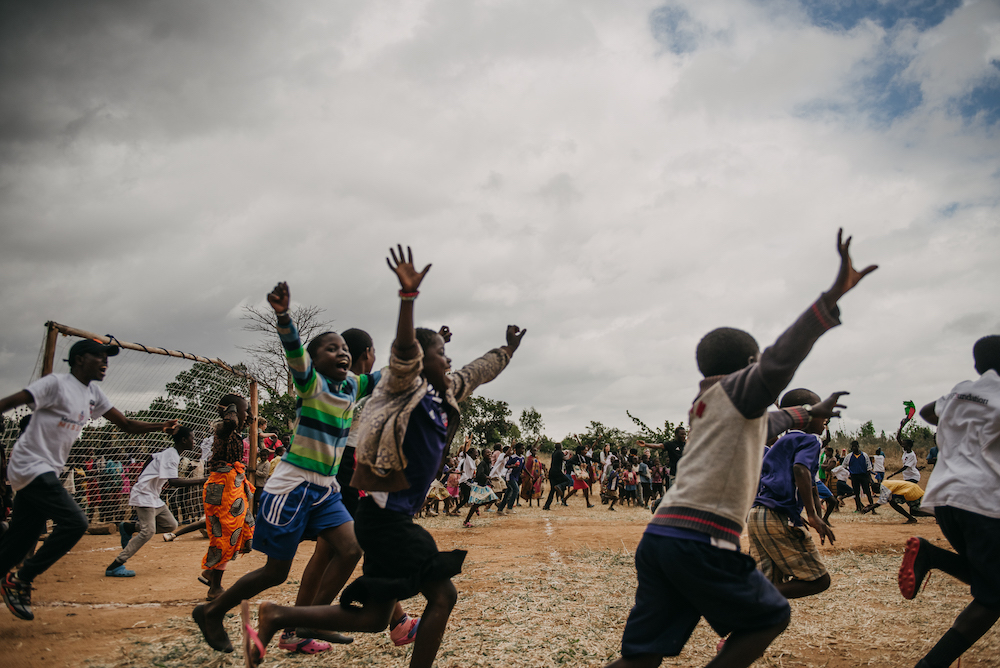 Of course, there are ball games. Of course, there’s soccer, and yes, the girls do get to play, but with a slight difference. “There’s a sport called wall ball that looks like basketball, but the rules are different. It’s more of a passing game than a dribbling game, but I’m not sure of the direct translation. It’s also called the mother’s game, so it’s more geared towards women. But when the girls get to play soccer, they’re really excited.”

Although the school funds their own clinic, there is public and private medicine in Malawi, and I wondered if Molly visited any of them. She explained how the public hospital has rows of beds next to a chair for the family caretaker… “I visited the AIDS and tuberculosis ward and brought my Instax, the instant camera that I use to exchange photos with people when I take their picture. I ended up going to each bed, taking pictures of all the patients in that ward, which probably amounted to 50 or 60. Some of the people were so sick, I wasn’t sure if they’d wake up in the morning, but the families realized this would be a photo they could have, so they’d prop up their loved one, surround them and get a family portrait. I don’t have any digital photos, I don’t have anything from that day, I just gave all of those photos away…”

Alaska Airlines purchased Virgin, and the 2020 trip to Malawi had to be cancelled. Instead of the remote regions of Africa, Molly found herself on remote flights across the country that she credits with giving her a further sense of purpose during an unsettling time. On one trip, a man was flying home to say good-bye to his father dying from cancer; on another, a woman was leaving an abusive husband. Travel is not always lounging with a piña colada or strapping on crampons to scale a lofty peak. But it’s always a chance to step away from the everyday, and Molly Choma has demonstrated, in thoughts and pictures, that it’s a chance to give and grow. —Gwynned Vitello

This article was originally published in our Winter 2022 quarterly