The Scarab Experiment Creates a Cryptocurrency as Art 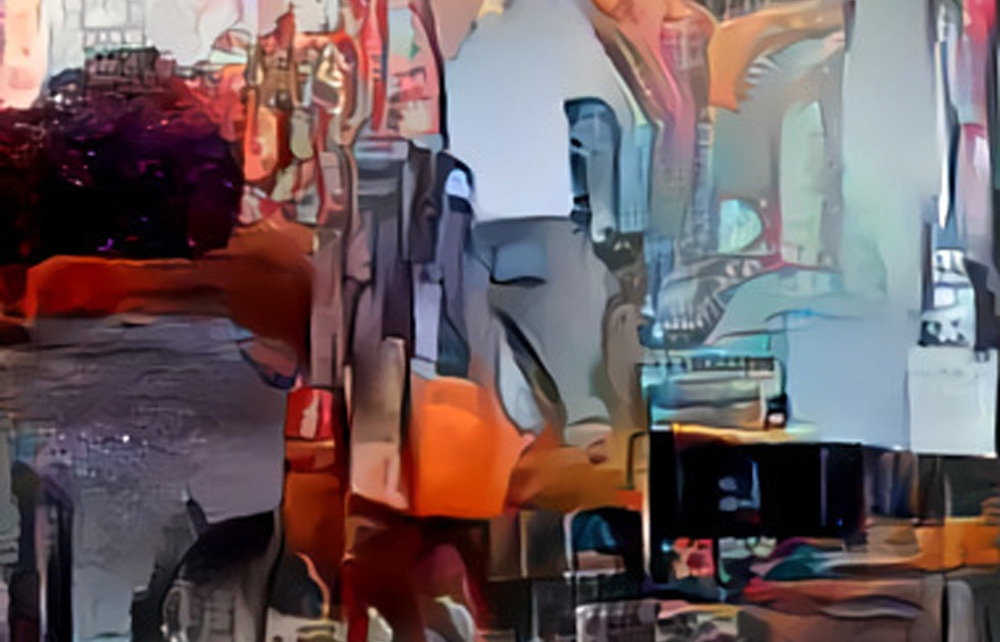 We got clued into an interesting idea recently. It's called The Scarab Experiment, and it's a conceptual project aimed at creating an artist collective bound together by a single cryptocurrency, denoted as SCARAB. When artwork is submitted, the artist receives one SCARAB token, which has a value like any other cryptocurrency. However, SCARAB is built around the value of the artwork being made. It's a confusing concept at times, so we figured we'd hear it straight from the source, a representative from SCARAB who we only know as "anyone."

We got clued into an interesting idea recently. It's called The Scarab Experiment, and it's a conceptual project aimed at creating an artist collective bound together by a single cryptocurrency, denoted as SCARAB. When artwork is submitted, the artist receives one SCARAB token, which has a value like any other cryptocurrency. However, SCARAB is built around the value of the artwork being made. It's a confusing concept at times, so we figured we'd hear it straight from the source, a representative from SCARAB who we only know as "anyone."

"The Scarab Experiment is ultimately an exploration of identity that hopes to achieve a sustainable collective for artists. It's a system where all visual art is equal and each submitted work is equally valued in its contribution." 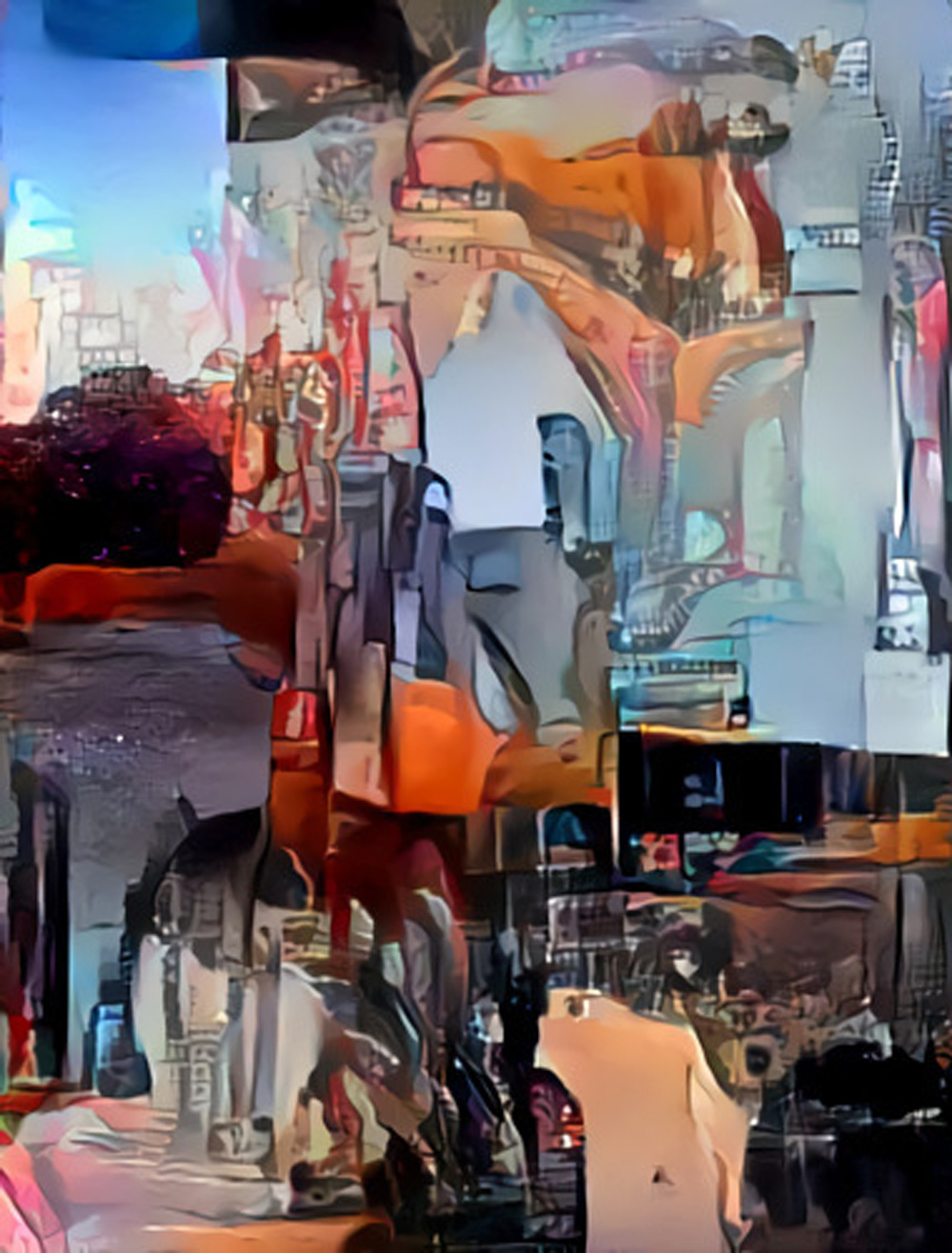 What do you mean cryptocurrency AS art? How does this function as a collective and a currency?
Cryptocurrency AS art means that we’ve selected the cryptocurrency to be art in and of itself. Much like the distinction made with readymade objects by the likes of Marcel Duchamp in Fountain, 1917, or the submerged shark in formaldehyde by Damien Hirst in The Physical Impossibility of Death in the Mind of Someone Living, 1991. We too have done what anyone could do but hasn’t, proclaimed our cryptocurrency as an artwork, SCARAB, 2015. To go in more detail about this, check out The Crypto Didactic Statement.

Ultimately, the Scarab Token and the art are one in the same. The value of the Scarab token comes from its connection with the artwork. Artists work together by submitting art, that art is then mashed together using a visual generating algorithm. 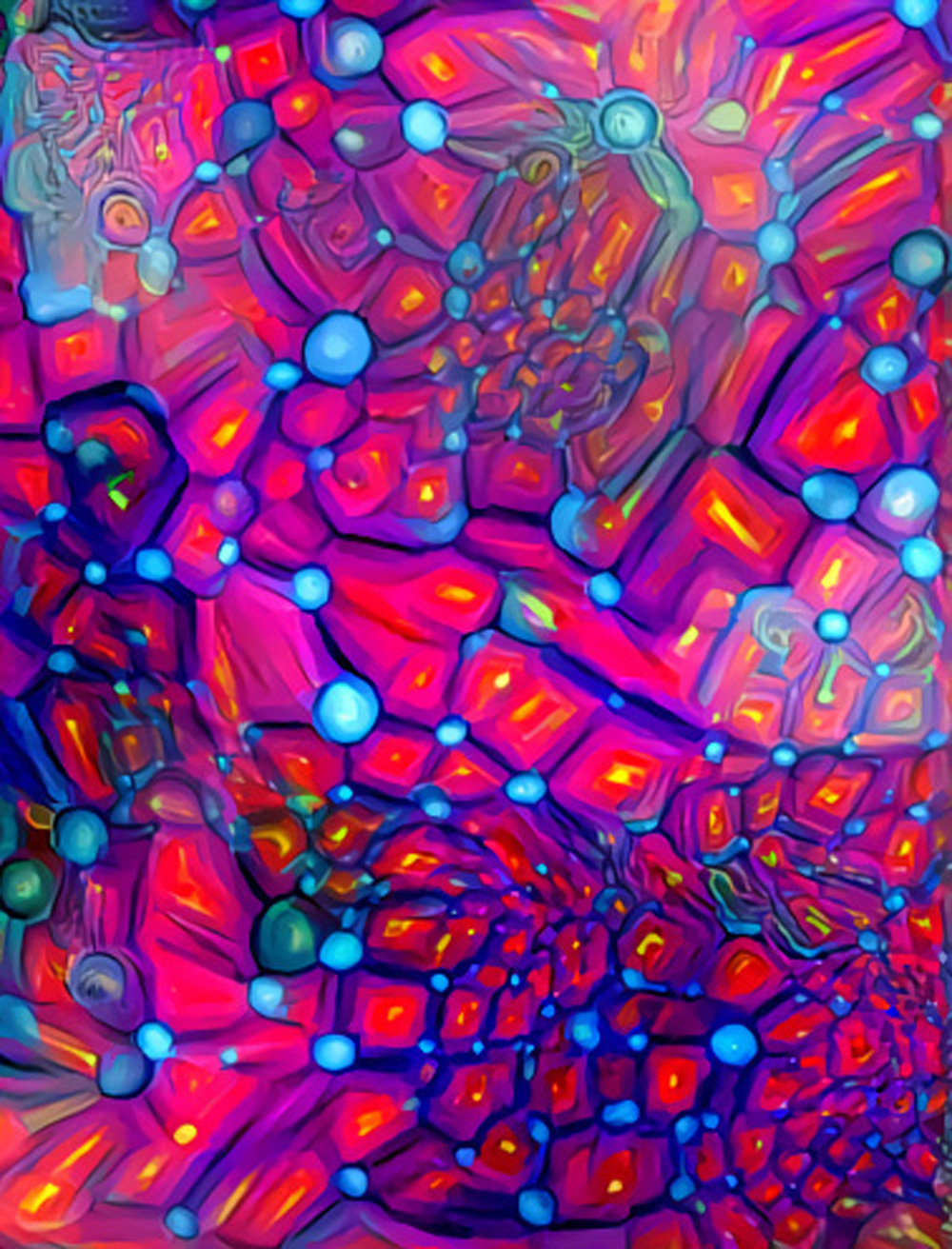 What's the final product, and how does each person contribute to that final piece? How will this retain value and is the aesthetic/artistic value of the piece relevant?
The final product is the entire Scarab Experiment as a whole which includes three things; The Scarab Token which is the cryptocurrency as art, the SCARAB identity built through an artist collective and the 50 official works of art created through artist submissions. It takes 1,000 art submissions to create 1 work of art and the artists are compensated for their submissions with a single Scarab Token. We don’t know that this story will retain value but it has as much of a chance as anything else. The aesthetic value is definitely relevant and each final artwork will showcase the work of many artists working together without having to actually collaborate because our submission process forces the collaboration through an algorithmic image processing method.

What's the incentive to "buying in" to the collective?
There are many reasons including being a part of history by working on a new identity for what an artist or art itself actually means. To start no one has to “buy-in” they only have to submit art. If you can’t submit art you may join the community by getting a Scarab Token on the Counterparty DEX, which is a decentralized exchange for cryptocurrencies. There’s also the speculative incentive for what the value of the Scarab Token might become. 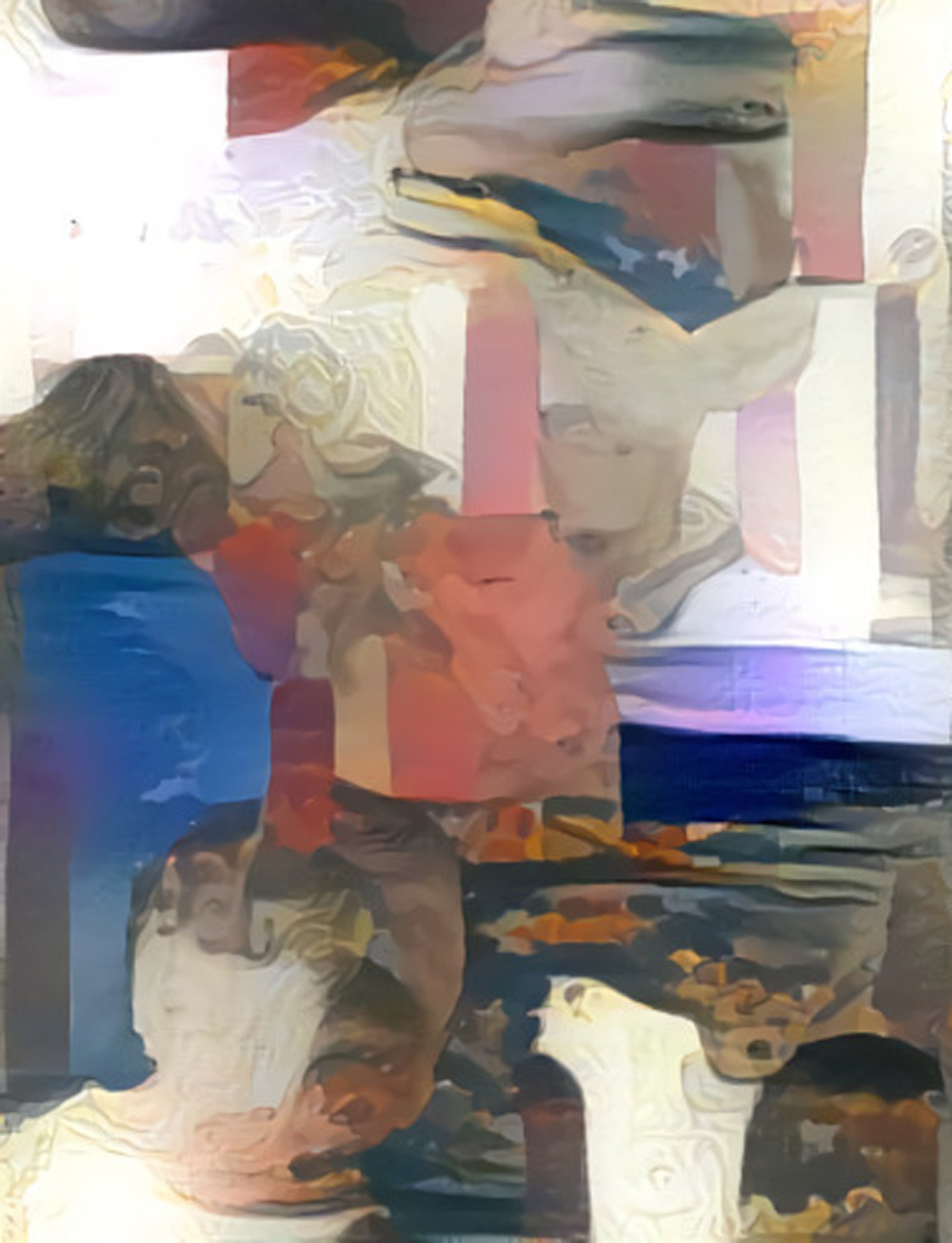 Is the goal for SCARAB to be used as a currency often? Do you think any one cryptocurrency is aiming to become the primary cryptocurrency? Are there perks for one over another besides value gained/lost?
No the goal for SCARAB is to make artists lives easier by creating a self-sustainable collective built within a work of art. Meaning artists can get value from their work through submissions regardless of their visual medium. The value obtained is more like the value of a famous work of art than an actual currency. There definitely won’t be a pay in Scarab Token option coming anytime soon just like you wouldn’t pay for your food using Warhol prints. I think it’s safe to say the primary cryptocurrency is already here and it’s the one most people know about, Bitcoin. There are many perks for one cryptocurrency over another depending on which one you choose, for example ARK is bridging blockchains together and Iconomi is bundling crypto’s into hedge-fund like options. SCARAB is a much more creative option than the financial tech coins you hear about but we know that more creative options will come in the future. 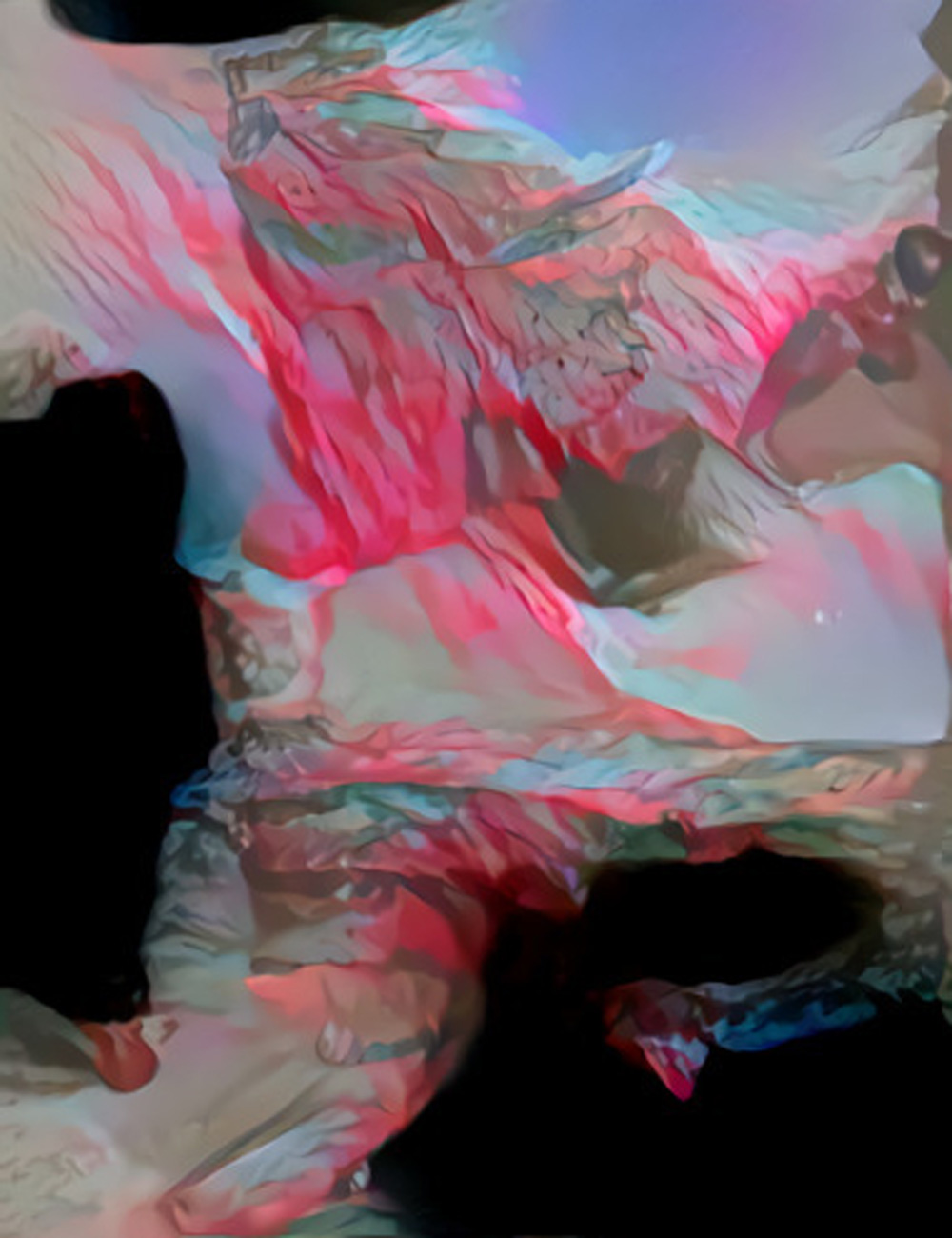 Is it already open for submissions? How's the progress so far?
Yes, we receive submissions from artists all the time and the first official SCARAB artwork is well underway. There’ll be a special viewing party when it’s complete. If you’re an artist come join us and submit, we’ll send you a Scarab Token. It’s like one of our slogans we like to use, “Through blockchain many become one.”

Be sure to check out the SCARAB project as it progresses, or if you want to join, submit here