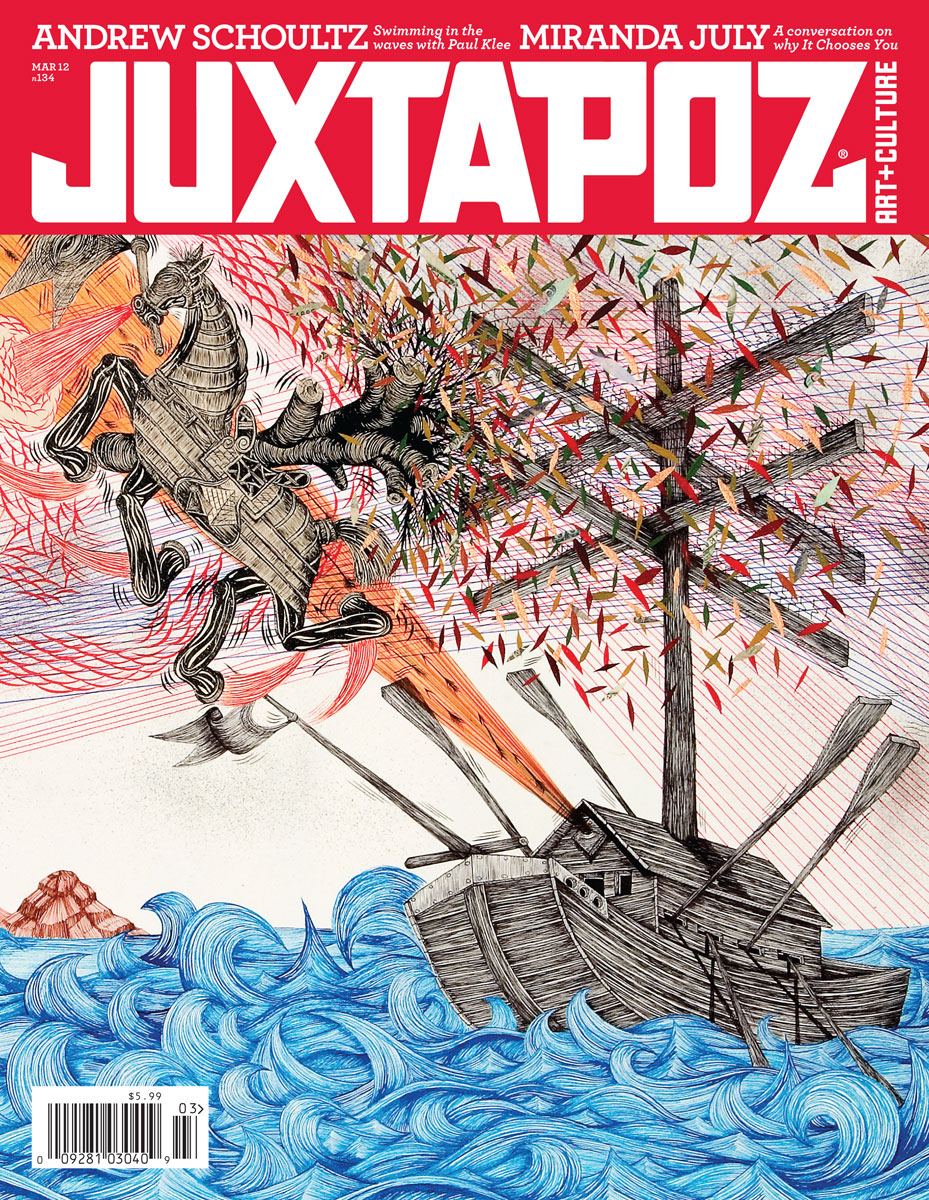 Look what we got in the mail today: the March 2012 issue, featuring San Francisco-based fine artist, Andrew Schoultz. Mr. Schoultz is just one of the artists featured in our 18th Anniversary show at Copro Gallery this March, and just had work on view at the SFMoMA alongside the works of Paul Klee. The March 2012 issue is rounded out with features on filmmaker Miranda July, sign painter Jeff Canham, commercial and fine artist Donny Miller, Miami-based sculpture and fine artist Jen Stark, and David Choe chronicles the saga of DVS1.