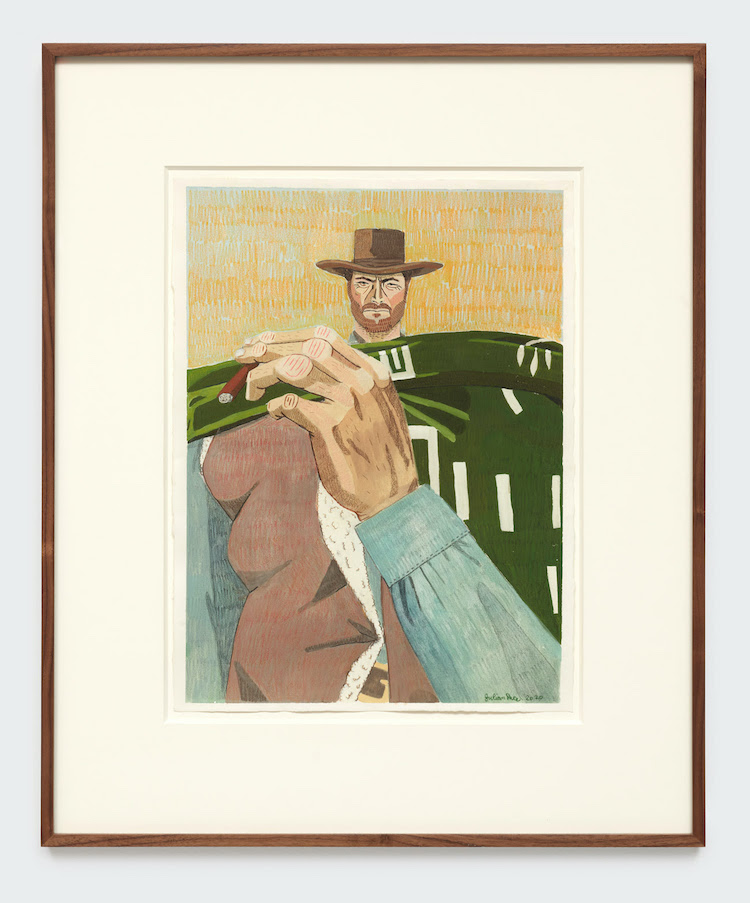 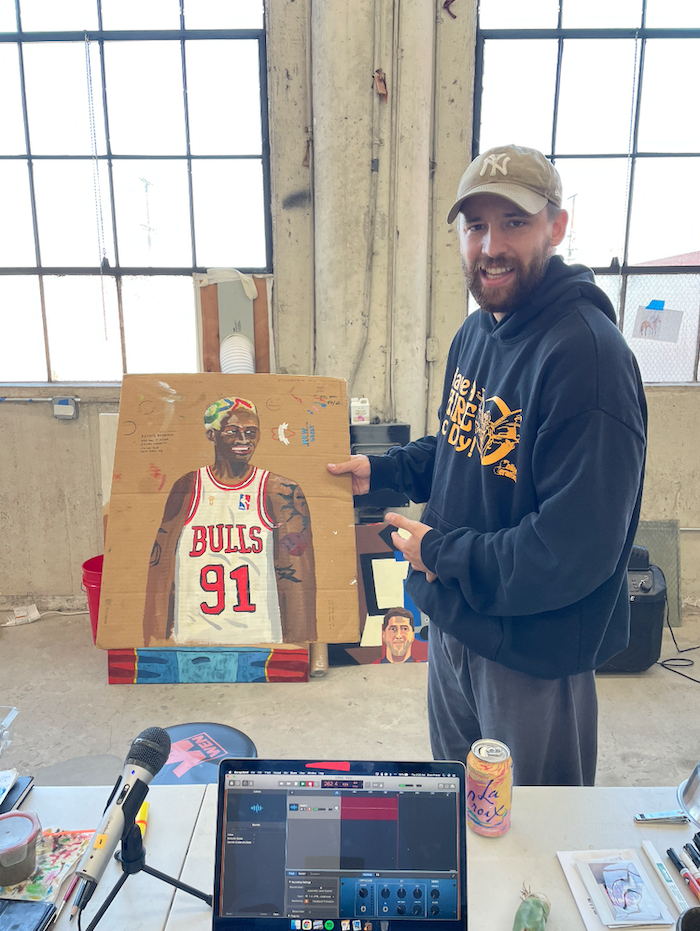 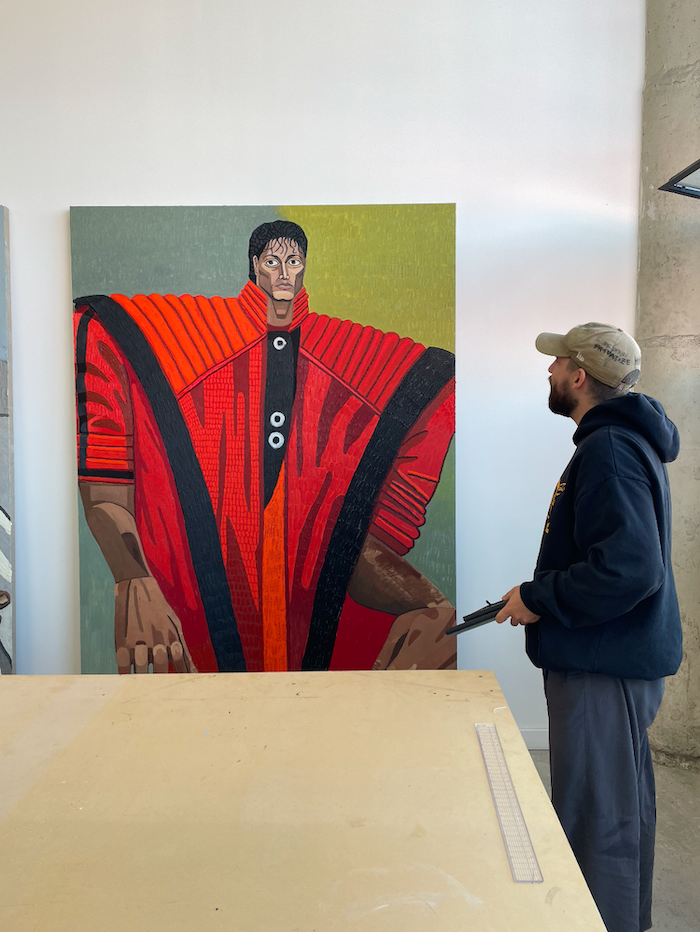 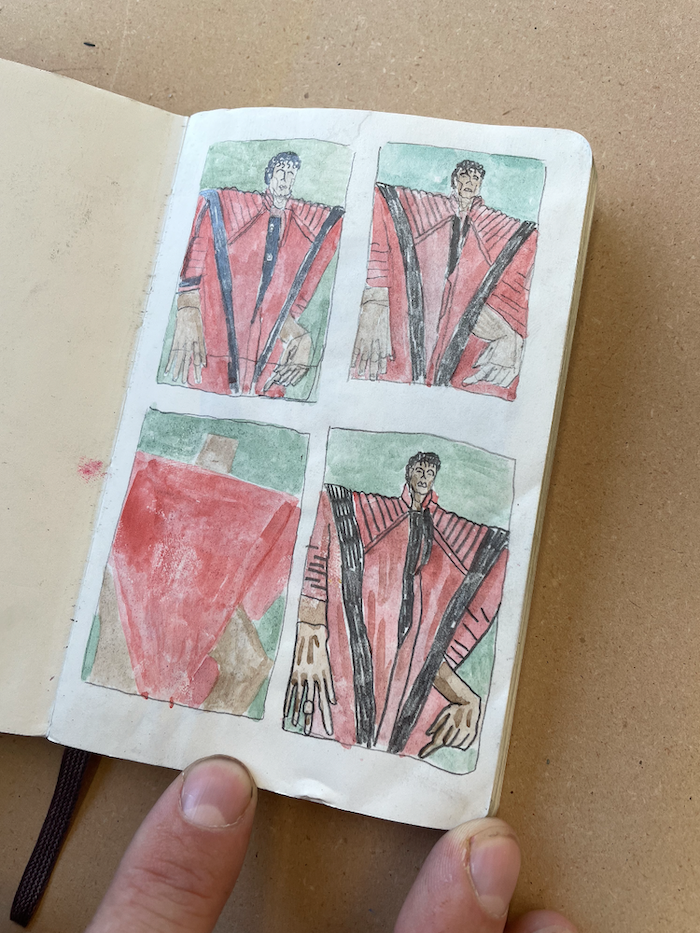 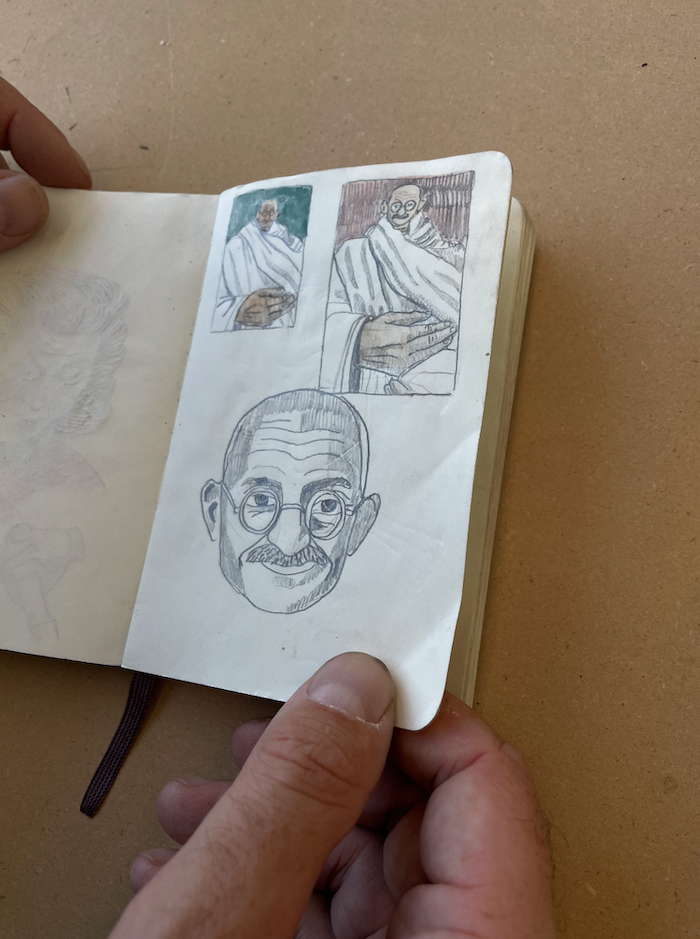 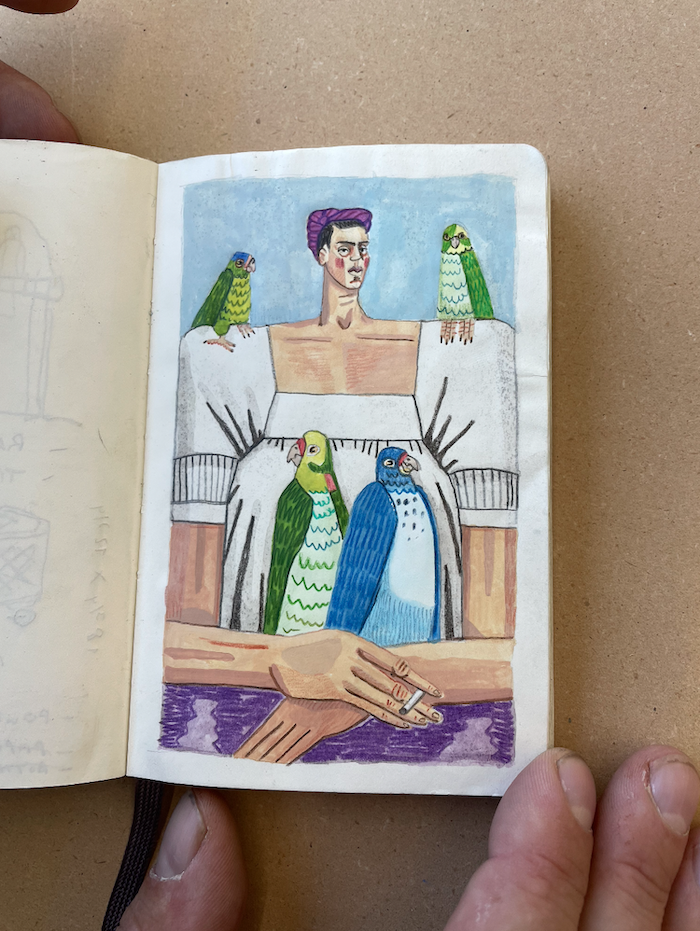 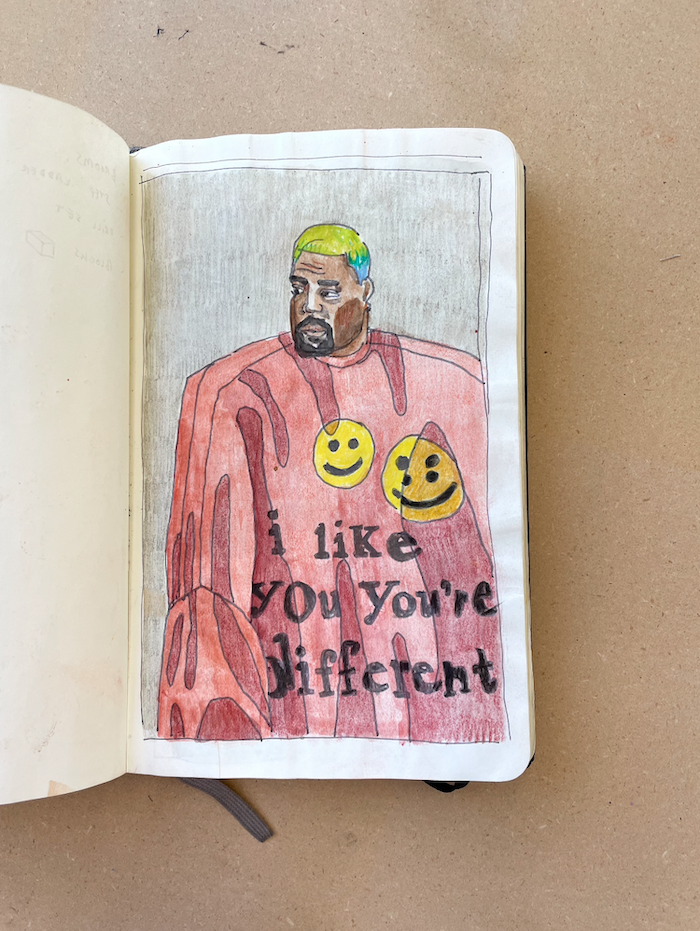 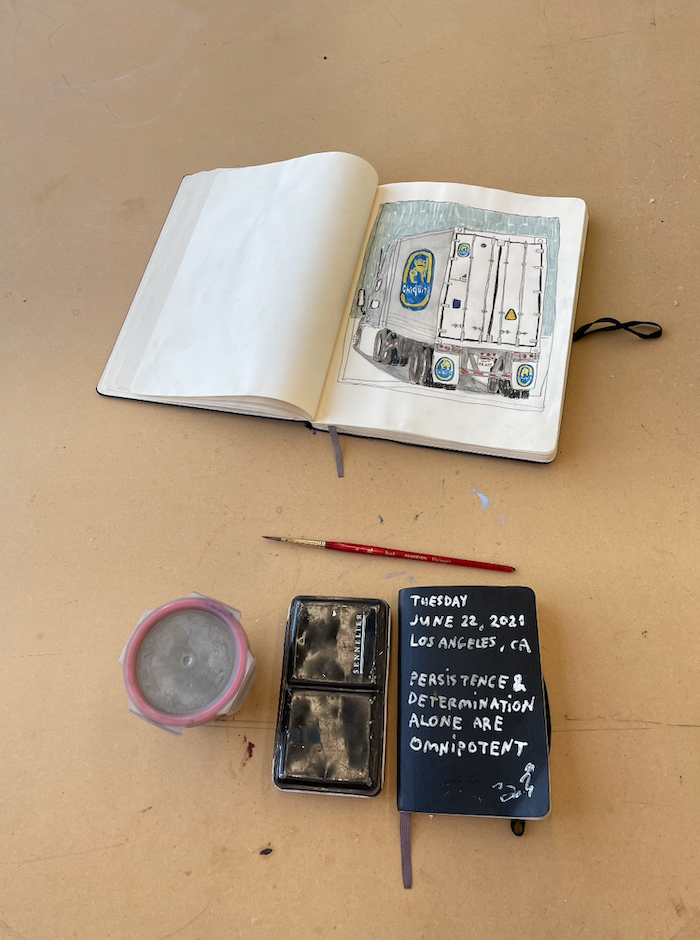 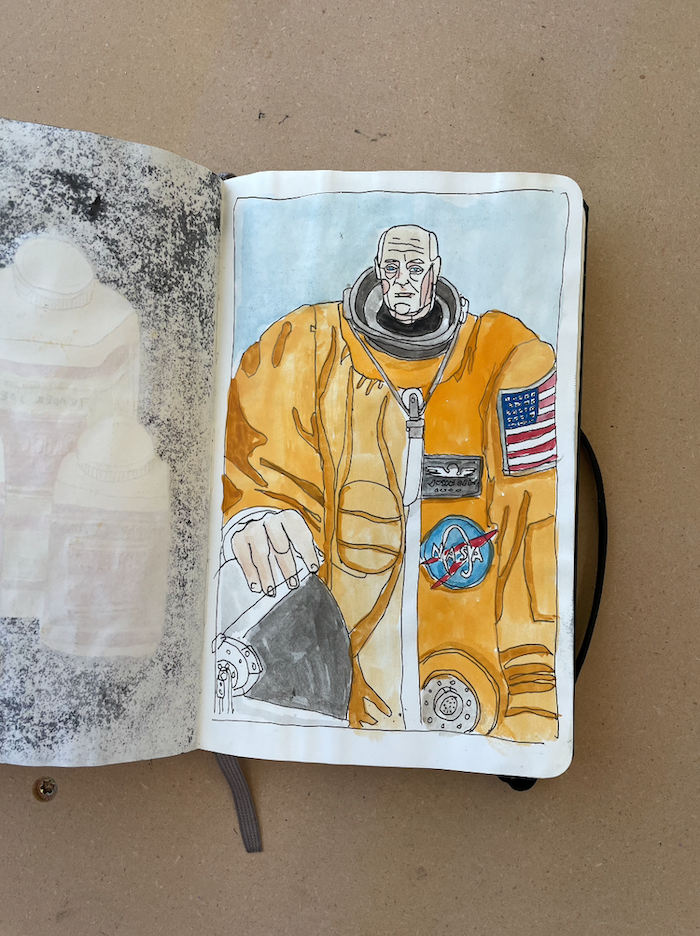 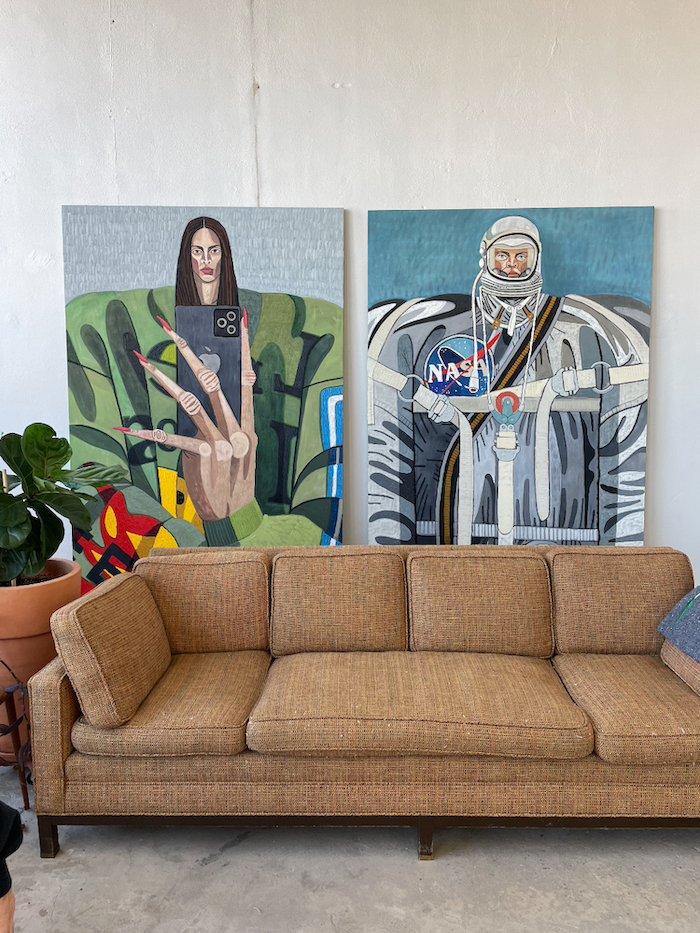 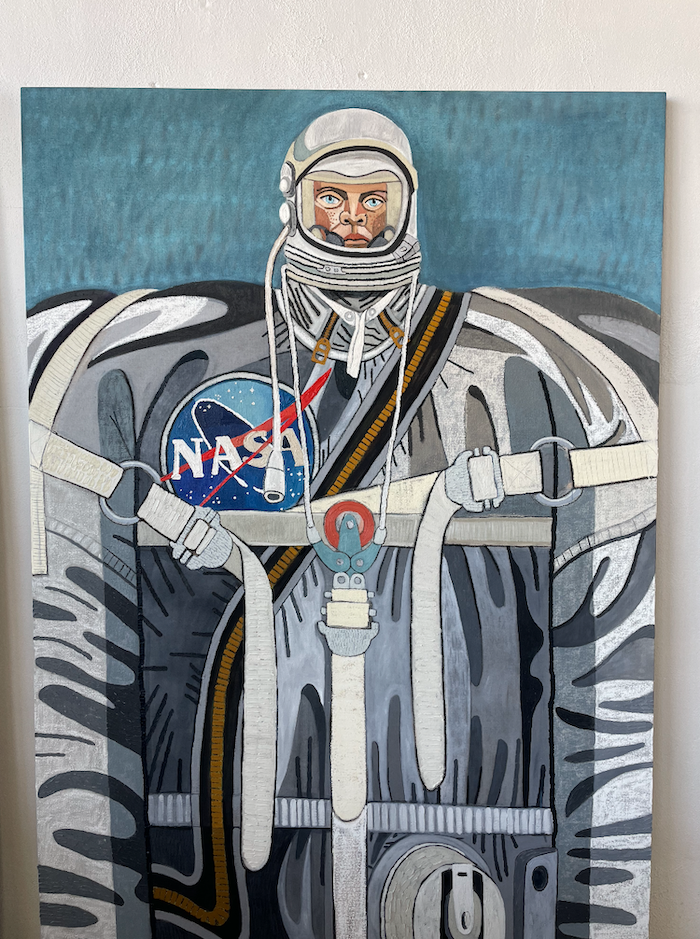 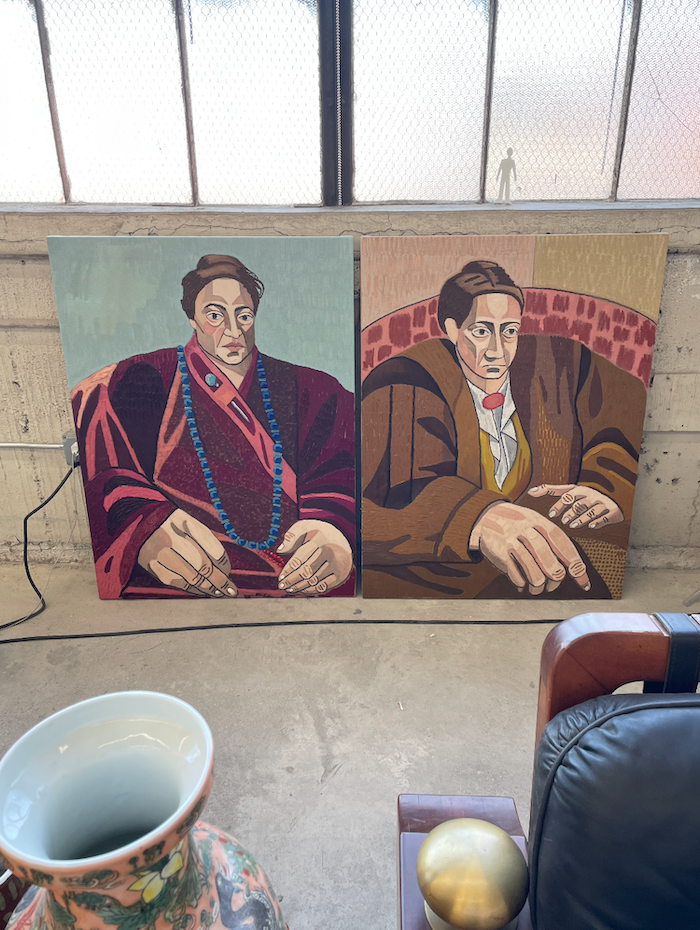 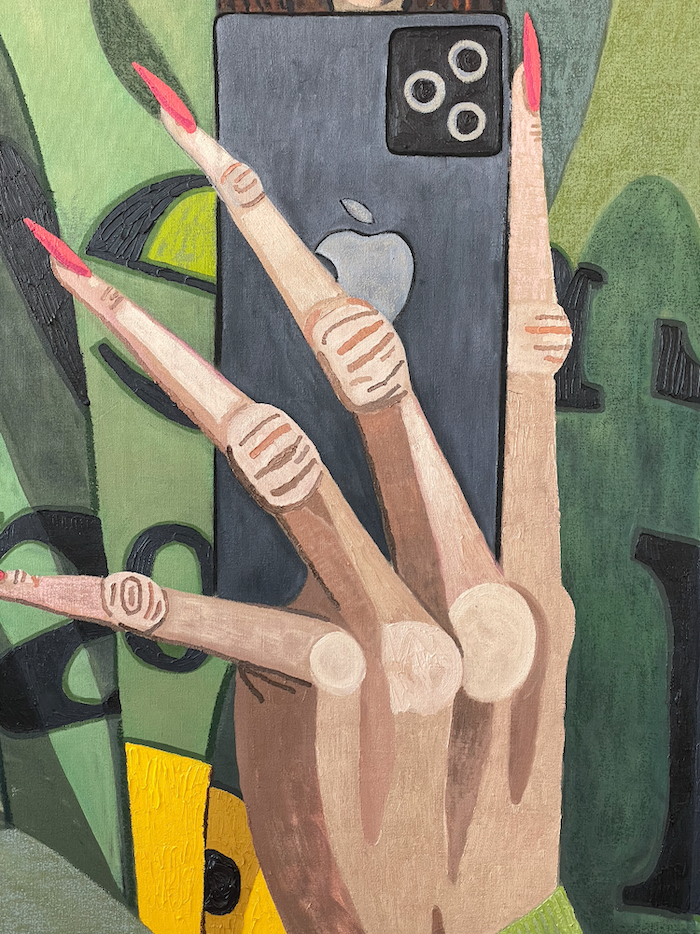 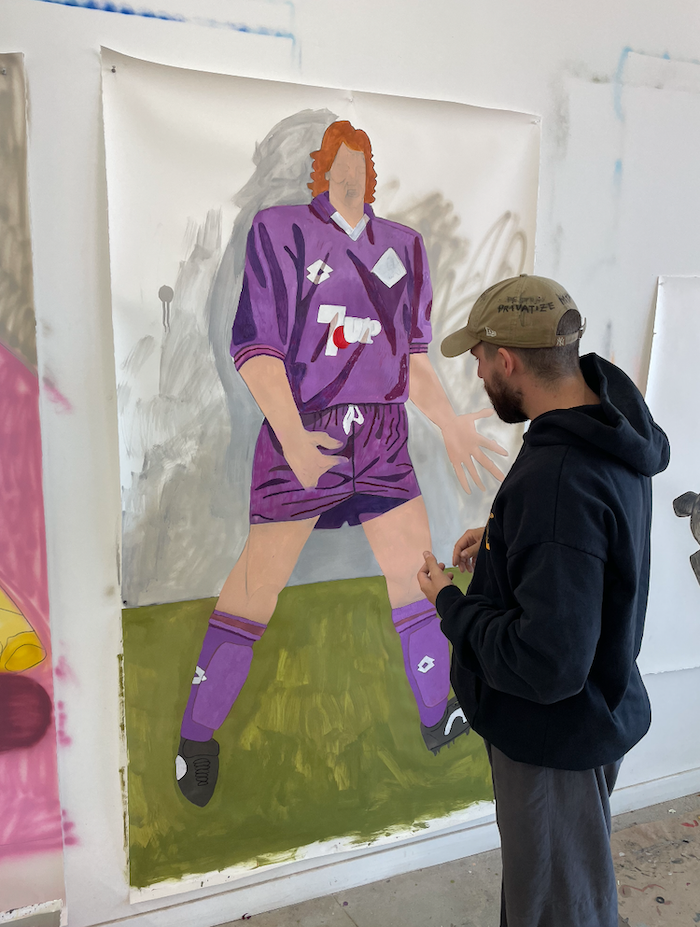 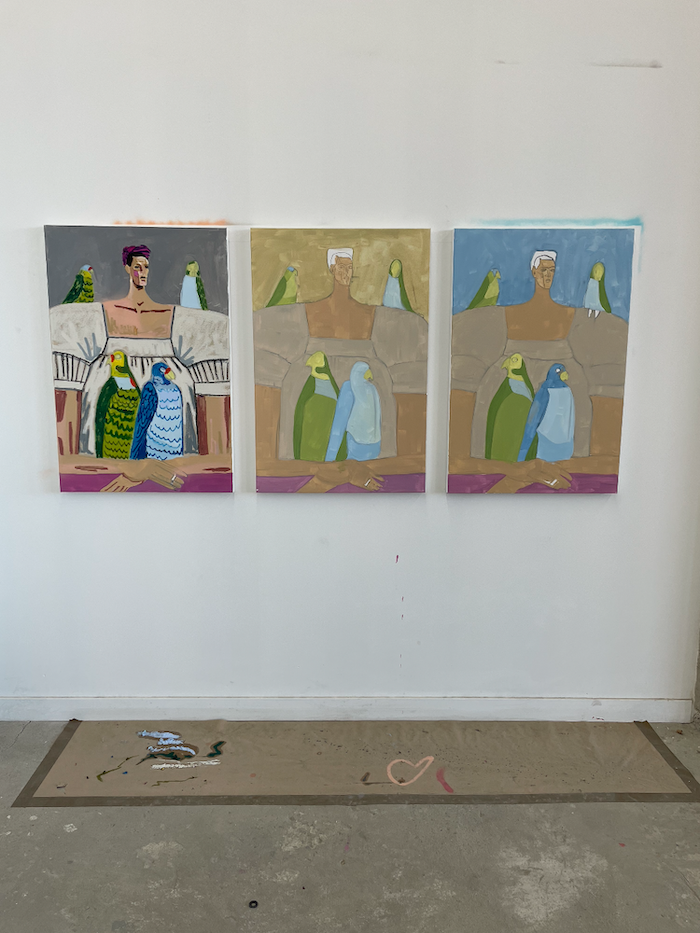 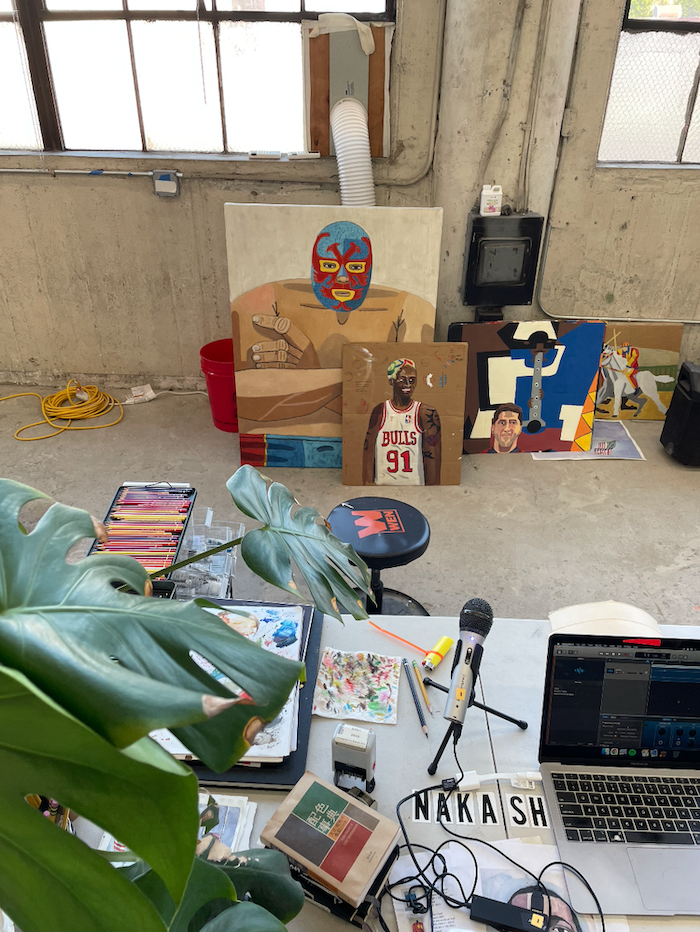 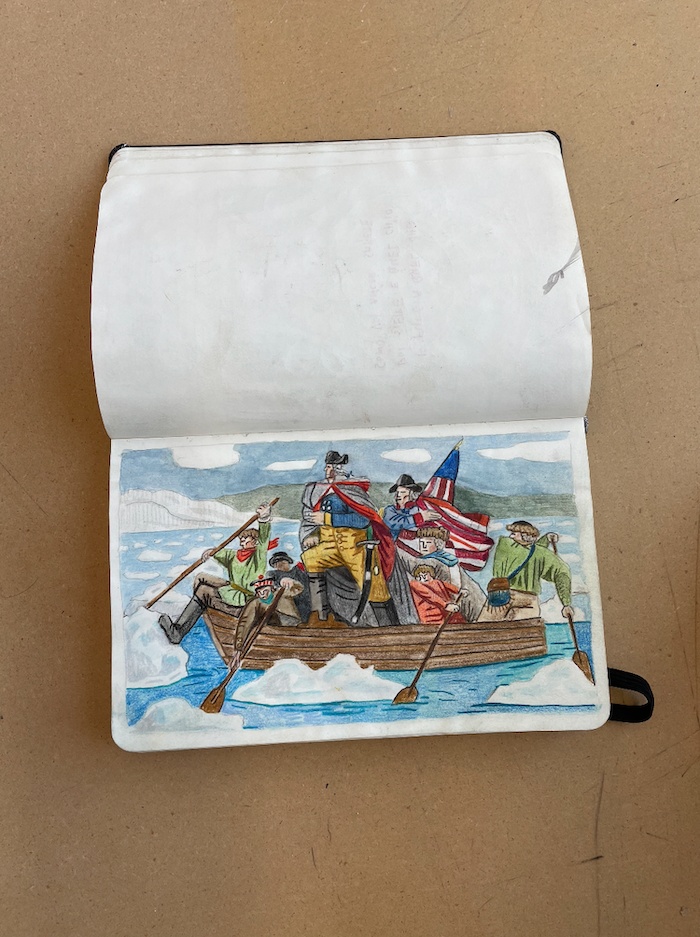 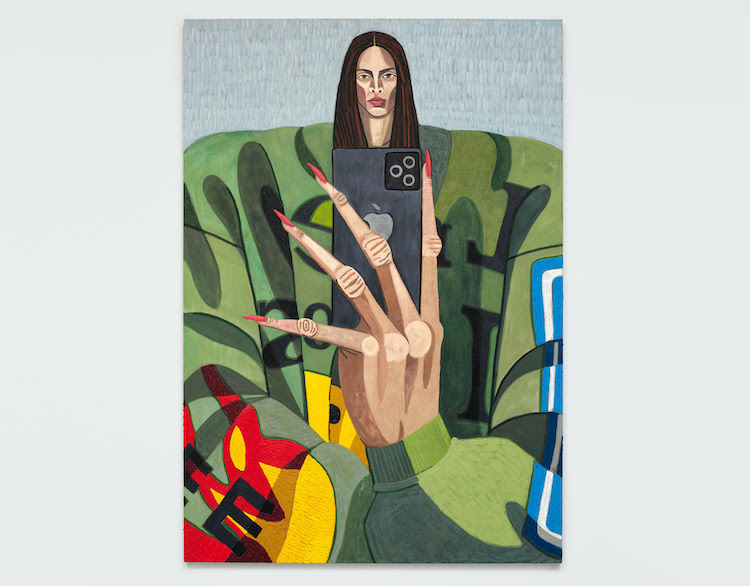 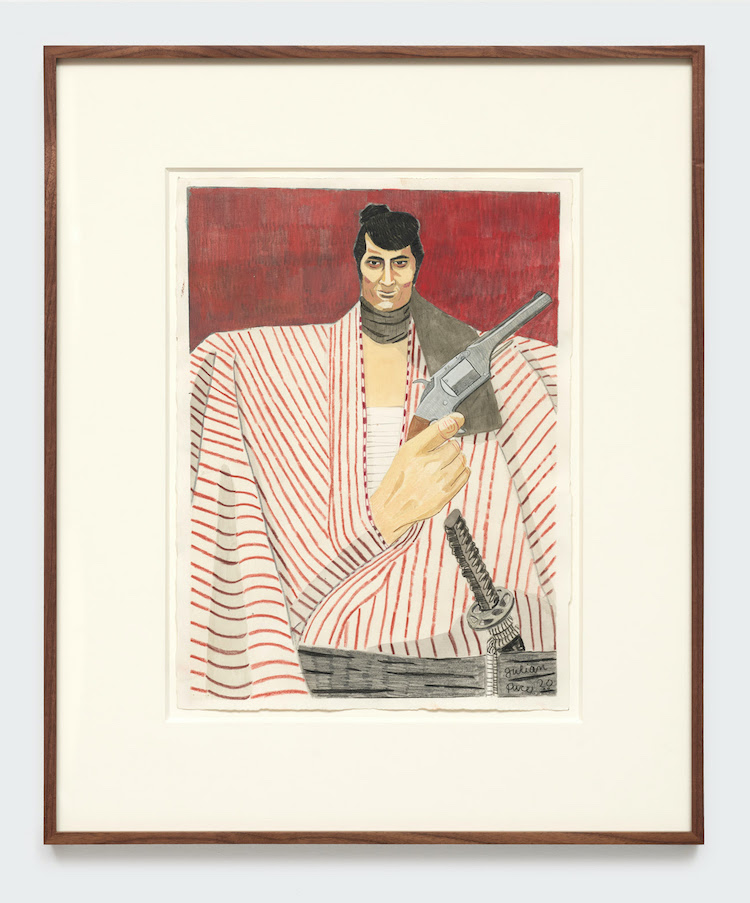 Ahead of his solo show, Some Paintings, on view at Simchowitz Gallery from October 9—30, 2021, we visited Julian Pace at his Los Angeles studio.

We talk a lot about luck in our lives, whether we even think the concept exists. We claim to be unlucky when the world doesn’t tip in our favor, consider ourselves lucky if at the right place and right time,  life changes in a fortuitous instant. I don’t know if I quite believe in luck, but I believe being open to change presents and provides wonderful opportunities that can guide us. That is why I like speaking with Julian Pace.

Julian is the first person I’ve encountered whose life was changed in Sioux Falls, South Dakota. How brilliantly perfect to hear that, mid pandemic, an artist without a major solo show on his resume would be driving cross-country from NYC to Seattle and would get a text message from an influential Los Angeles-based art curator inviting him to a residency that would, indeed, change the course of his life. The body of work made at the Cabin in 2020 has thrust Pace into a conversation about a new generation of American painters who look at iconography in surprising, often imposing and joyous ways. In an era where we were left to find meaning in what was and what will be, Pace has the imagination and skill to show how celebrity and cultural icons shape our subconscious to portray a singular, gigantic vision of the world we have made for ourselves, allowing these celebrities to take on a larger life of their own and impose their will on our collective conscious.

I found it fascinating that Pace grew up in Italy and returned to Florence in his 20s, a city considered a living museum for five hundred years and counting, populated by classic religious symbols and historical cultural stories. How interesting that, engulfed in this history of painting icons, Pace began to draw his interpretation, not by fashioning some form of magical realism, but in a particularly fresh take on the most famous people of our times. On the eve of his solo show at Simchowitz Gallery in Los Angeles, I visited Pace in his studio to talk about how directly oppositional his pieces are to the iconic great works, how he initially found himself in LA and the way that luck played a part in his now breakthrough career. —Evan Pricco