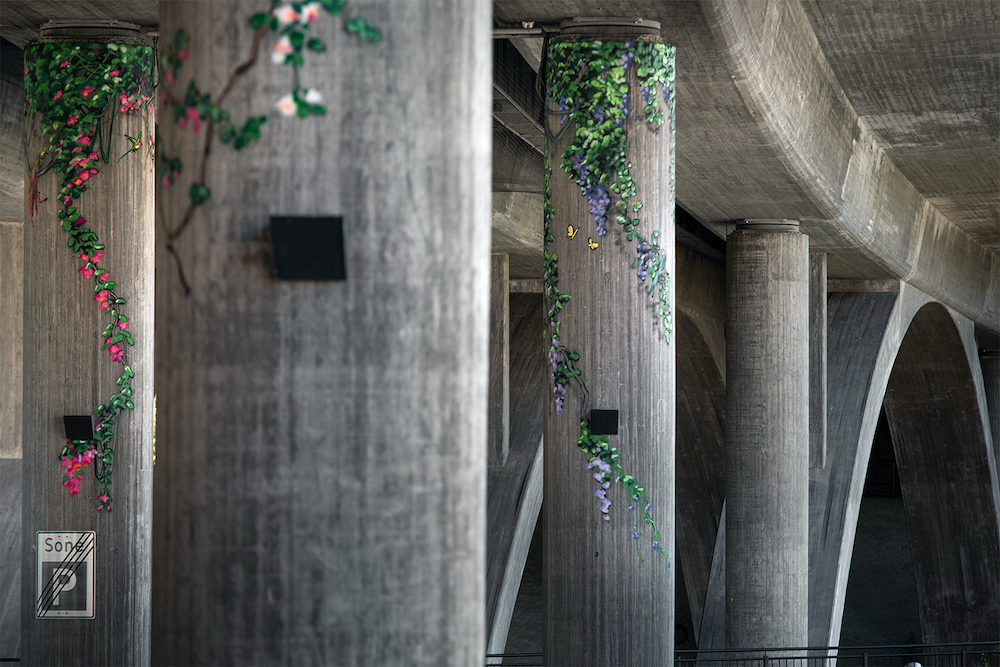 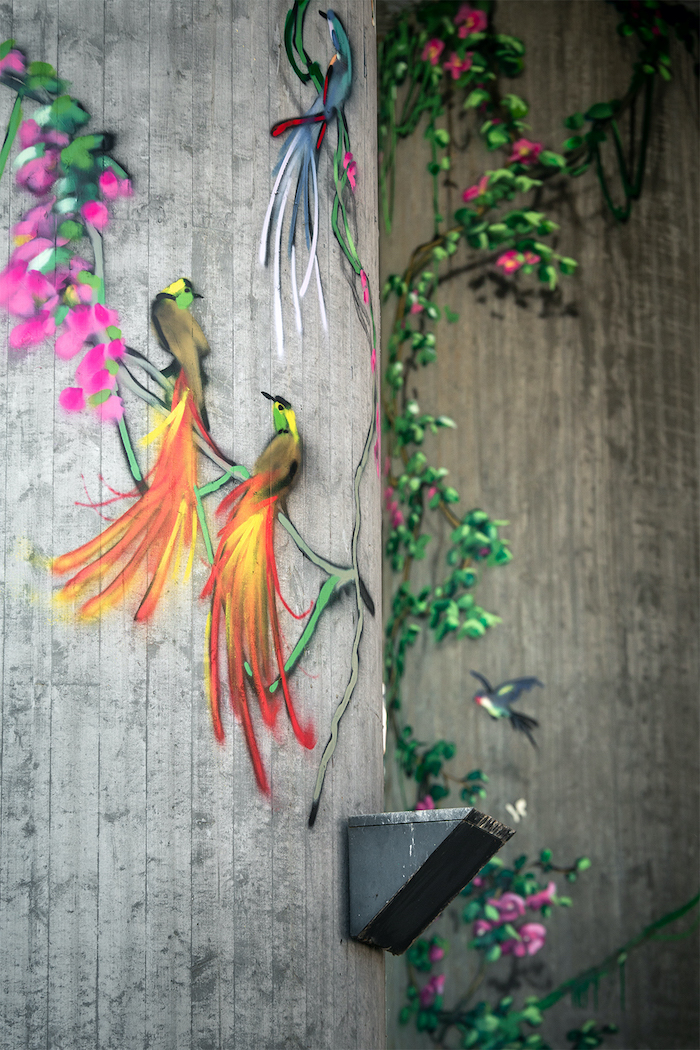 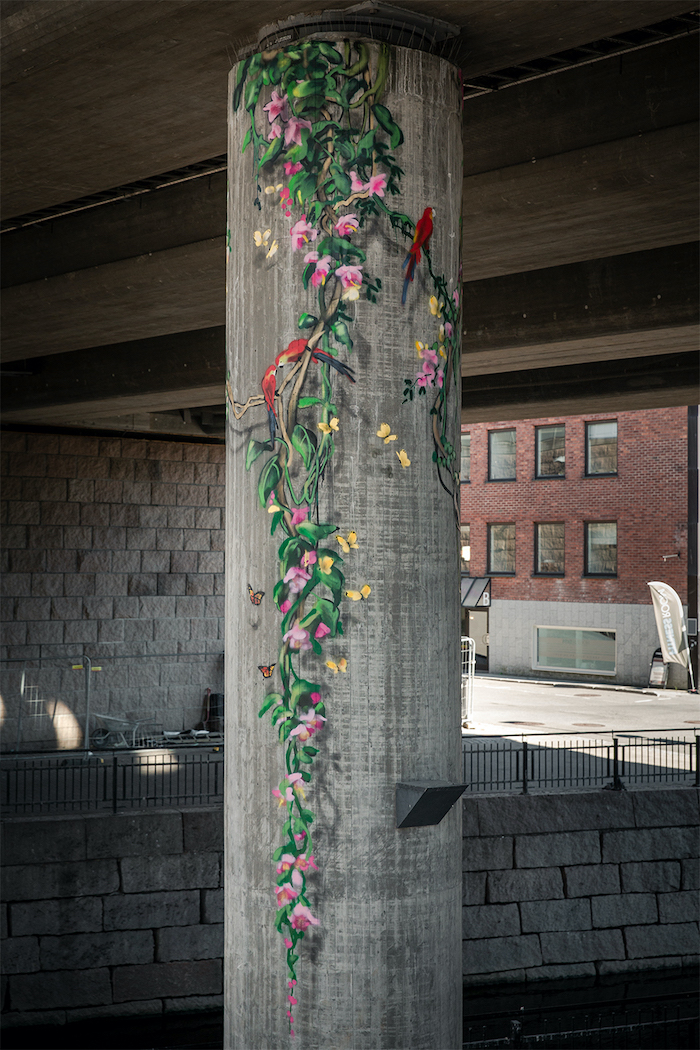 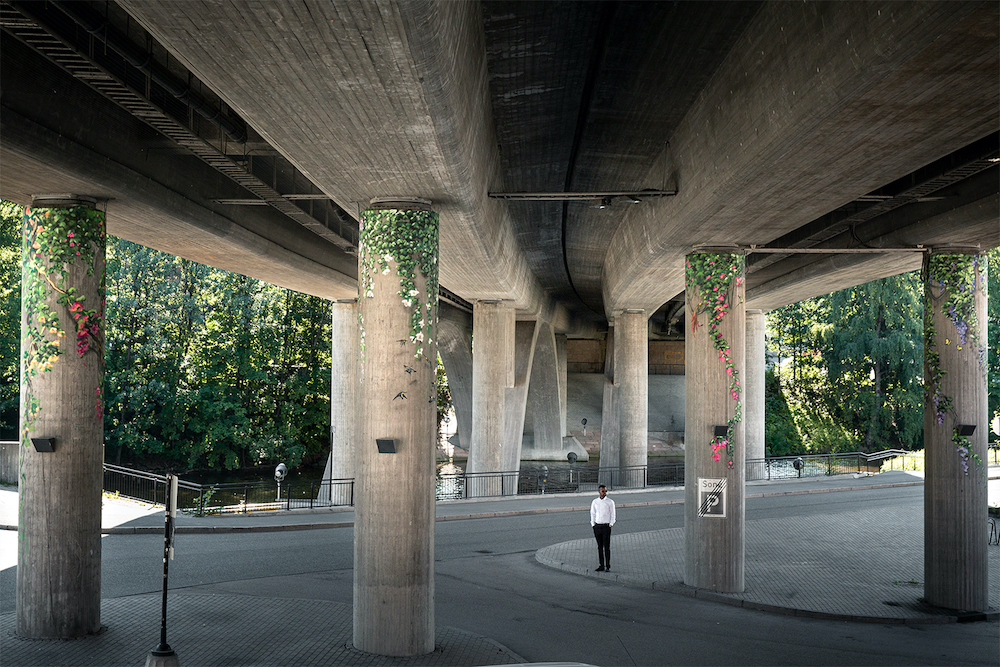 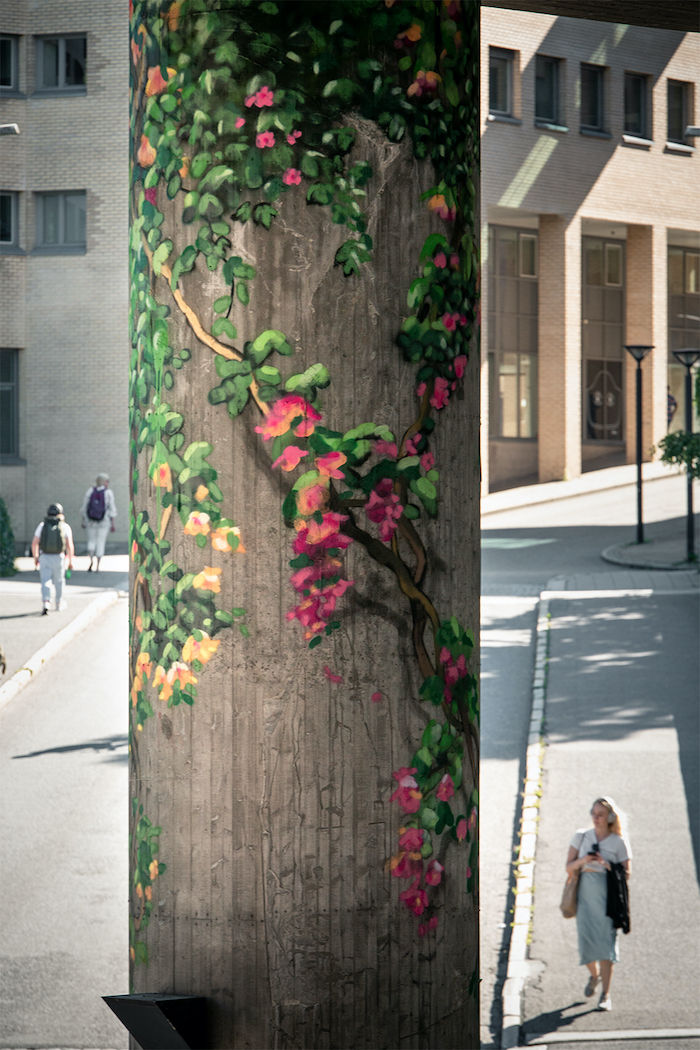 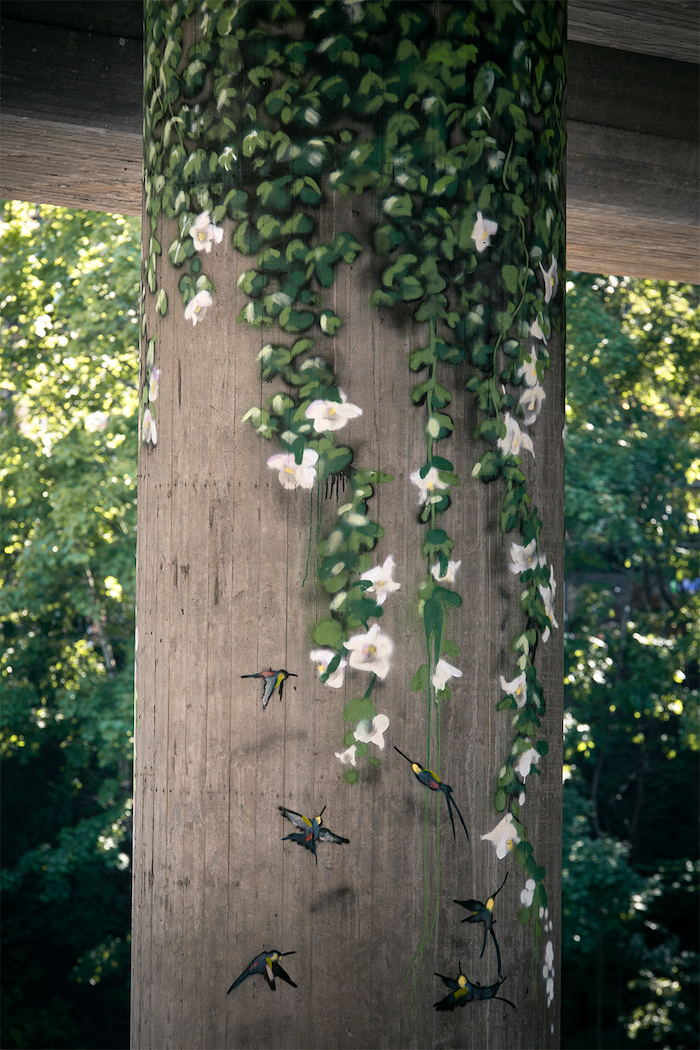 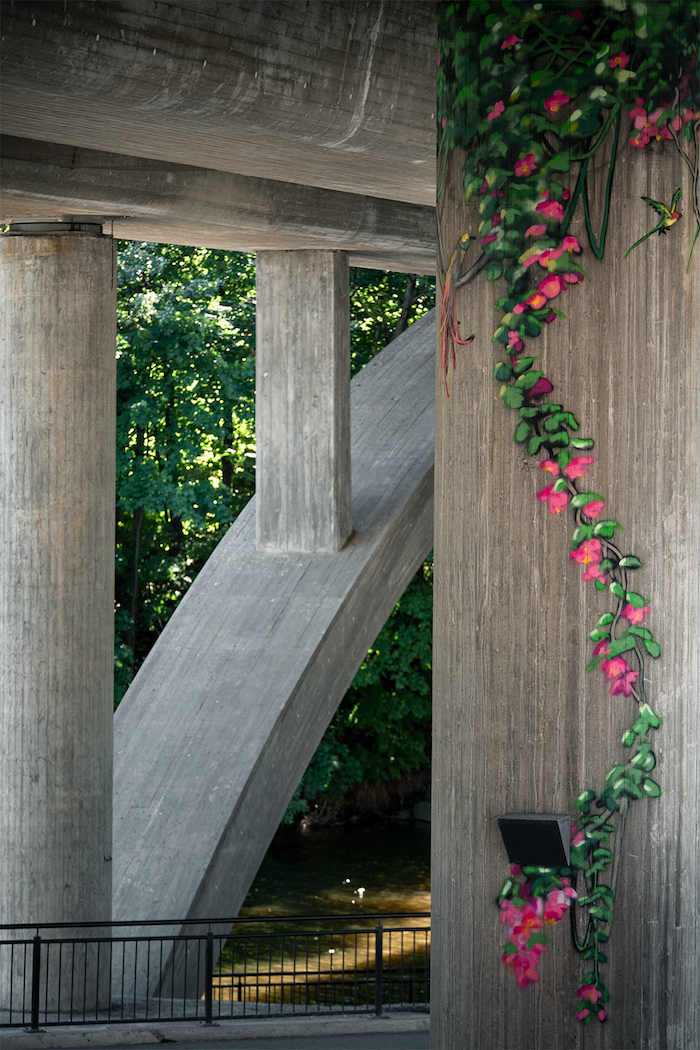 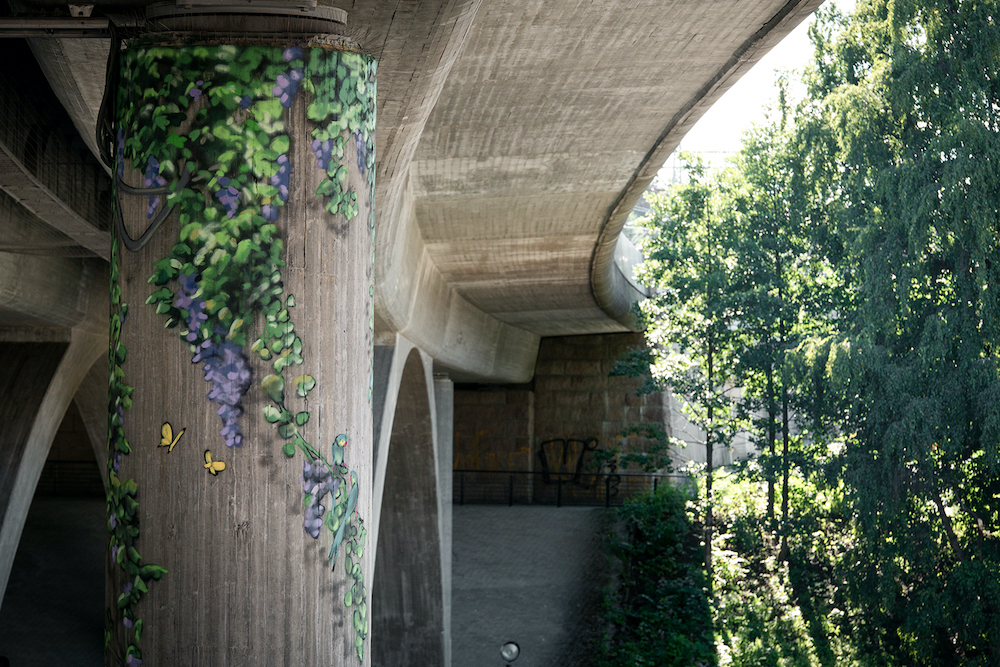 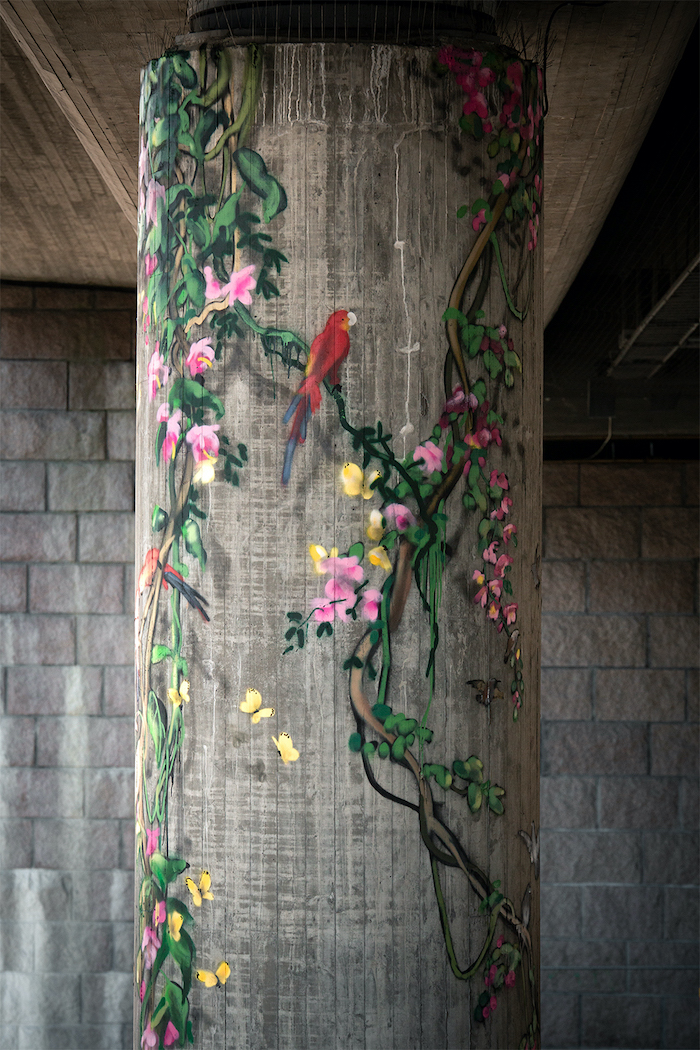 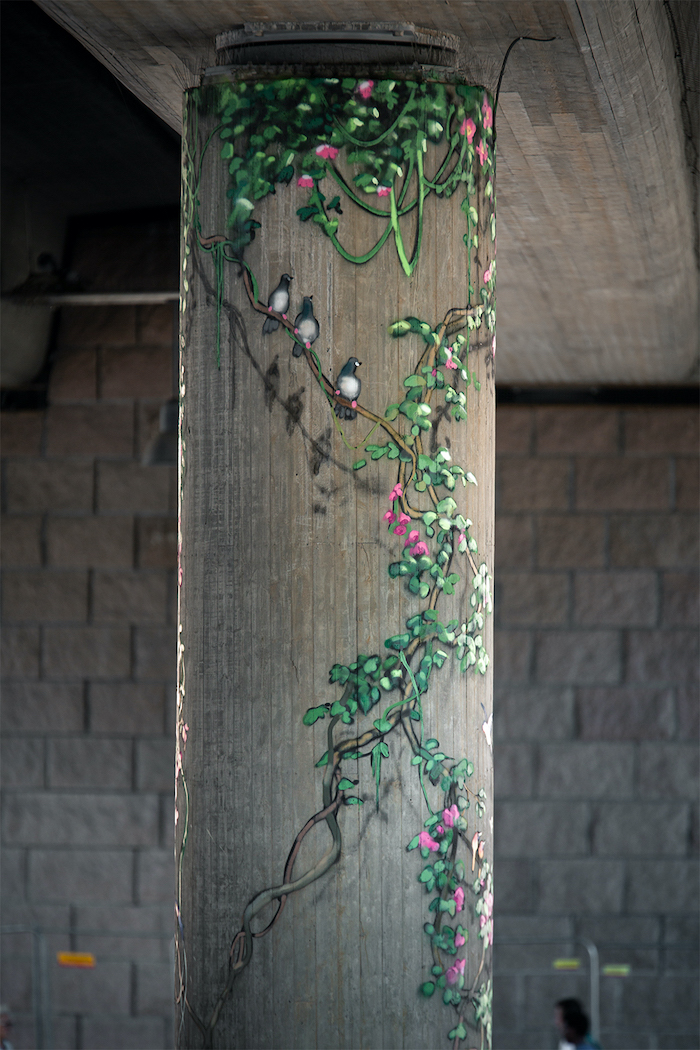 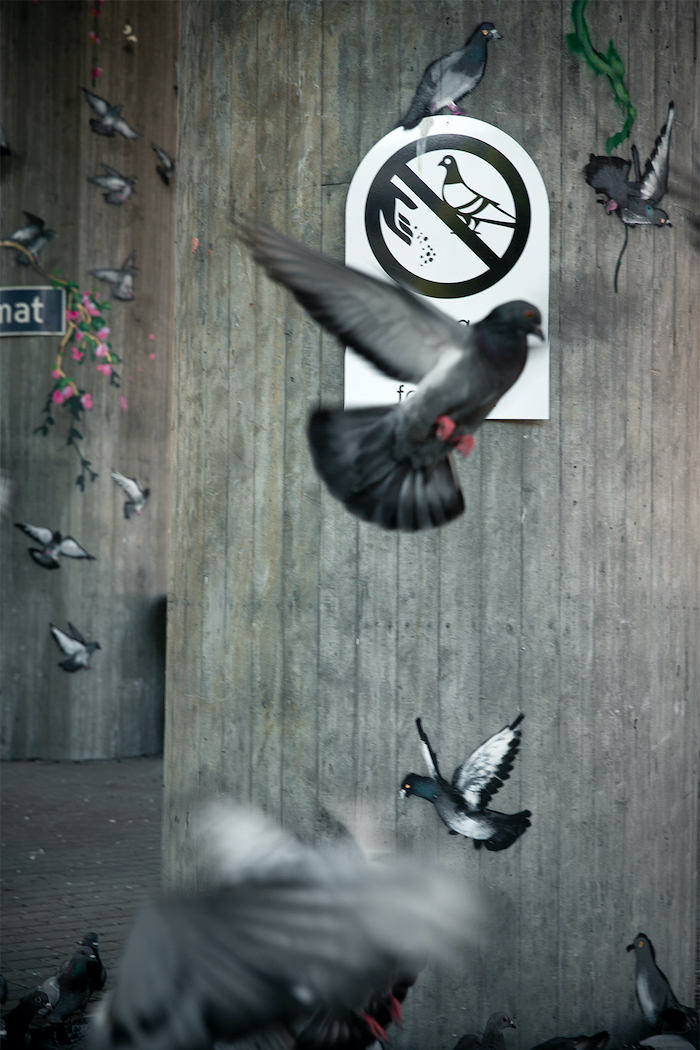 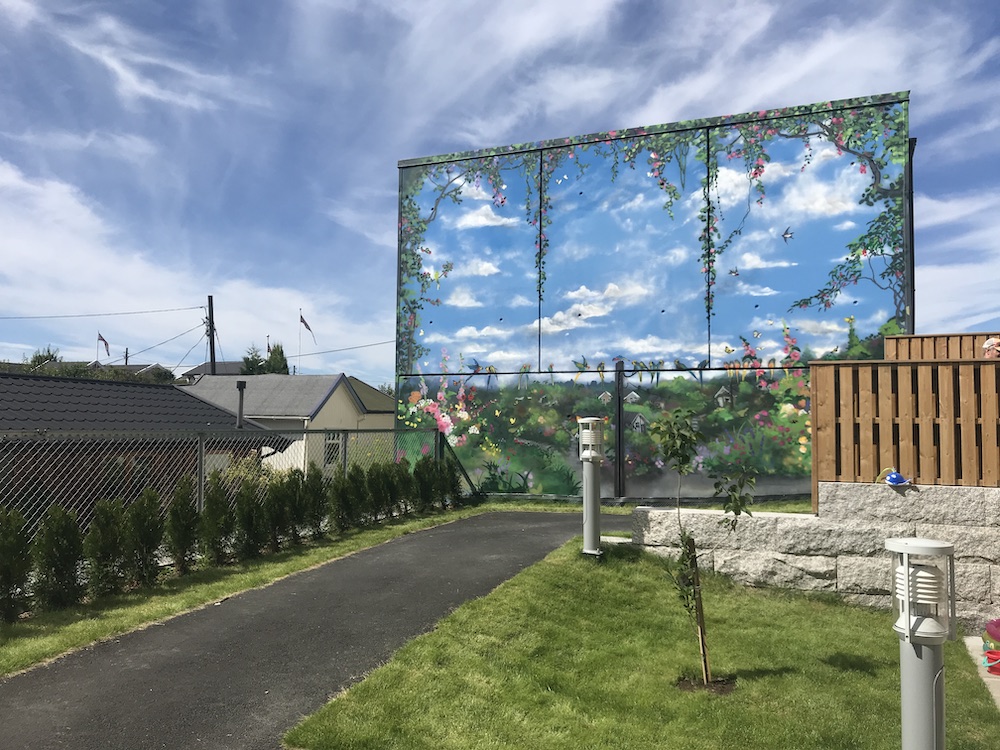 Graeme Brusby, better known as Xenz, visited Norway during the summer to work on a series of projects produced by Street Art Oslo. Among them, he painted a tribute to Norway´s oldest allotment gardens, (known as community gardens in the US) near the capital of Oslo, and later, portrayed more of a concrete jungle in the form of eight brutalist columns in the administrative center of Sandvika.

Growing up as a graffiti artist in Hull, UK, Xenz has developed a completely distinctive and experimental style, using spray cans to paint trompe-l'œil landscape fantasies, happily  inhabited by birds and butterflies, motifs that perfectly enhance the first project made on a structure originally built as a retreat for the inner-city working class in 1907. Today, Rodeløkka gardens hosts 151 summer cabins amidst plots of land that overflow with colorful plants and wildlife. "Xenz was the obvious choice for this wall, but the similarity between his latest paintings and the surrounding environment is really quite remarkable," says James Finucane from Street Art Oslo.

A month or so later in neighboring Sandvika, a second project was commissioned by Sandvika By in collaboration with the lakeside Bærum kommune. For this project, the artist  added even more nature to the forested town, wreathing the monumental pillars underneath the railway bridge. Though dwarfed by Sandvika railway bridge, the pillars hold their own, festooned in delicate floral and animal imagery being, as captured by photographer Nima Taheri in a series of images. As the artist explains,"Putting paint in tubes gave the Impressionists the opportunity to paint en plein air for the first time. In the same way, when they put paint in spray cans it opened up a whole new way of painting in the street." Just as the Impressionists were considered renegades of their time, the Xenz embraced an artistic subculture, and with this intervention he pays tribute to Claude Monet, who visited Sandvika 125 years ago. Nature abides. —Sasha Bogojev 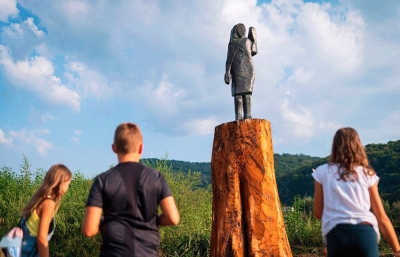 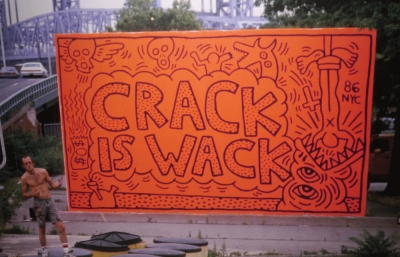