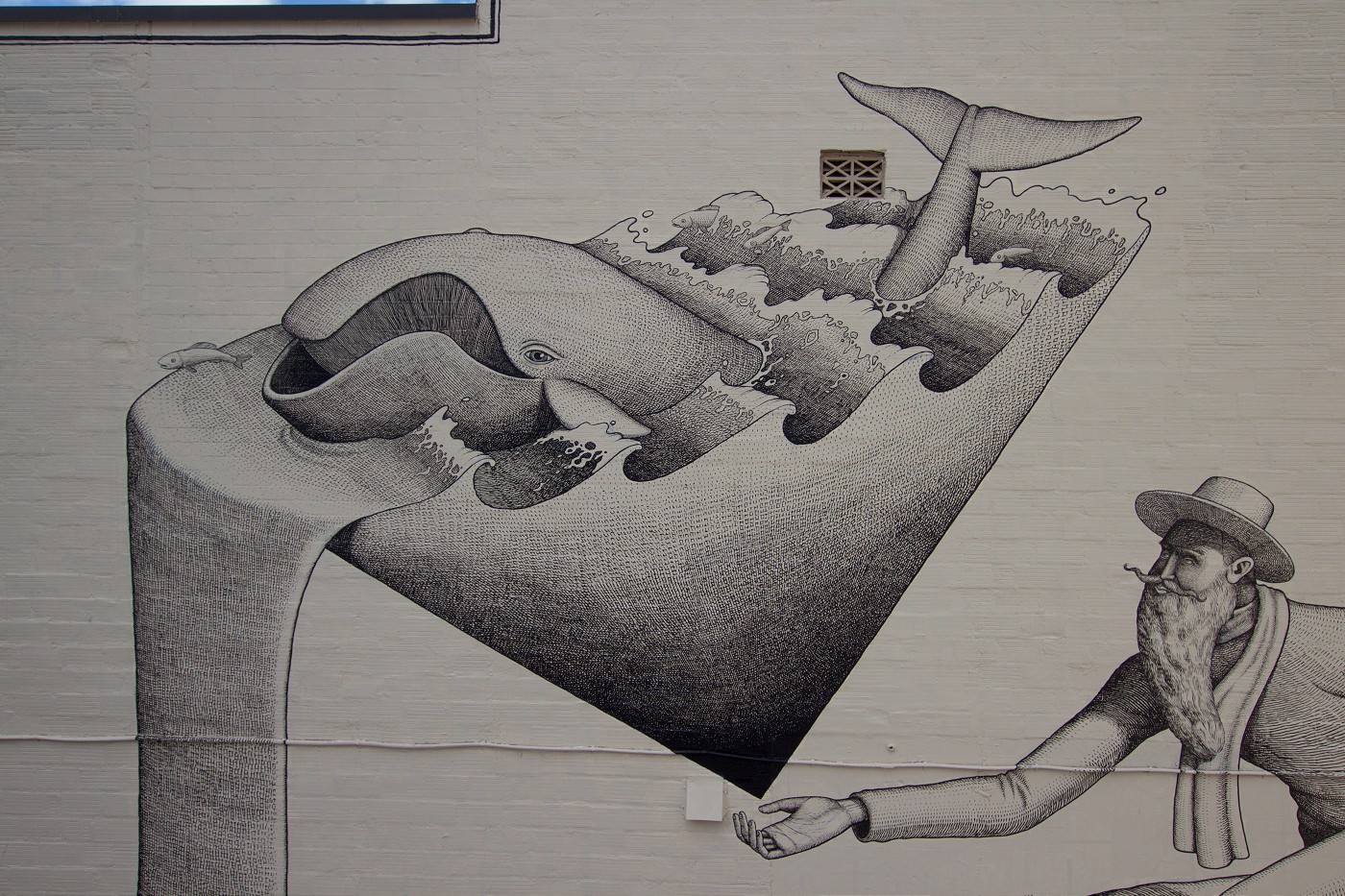 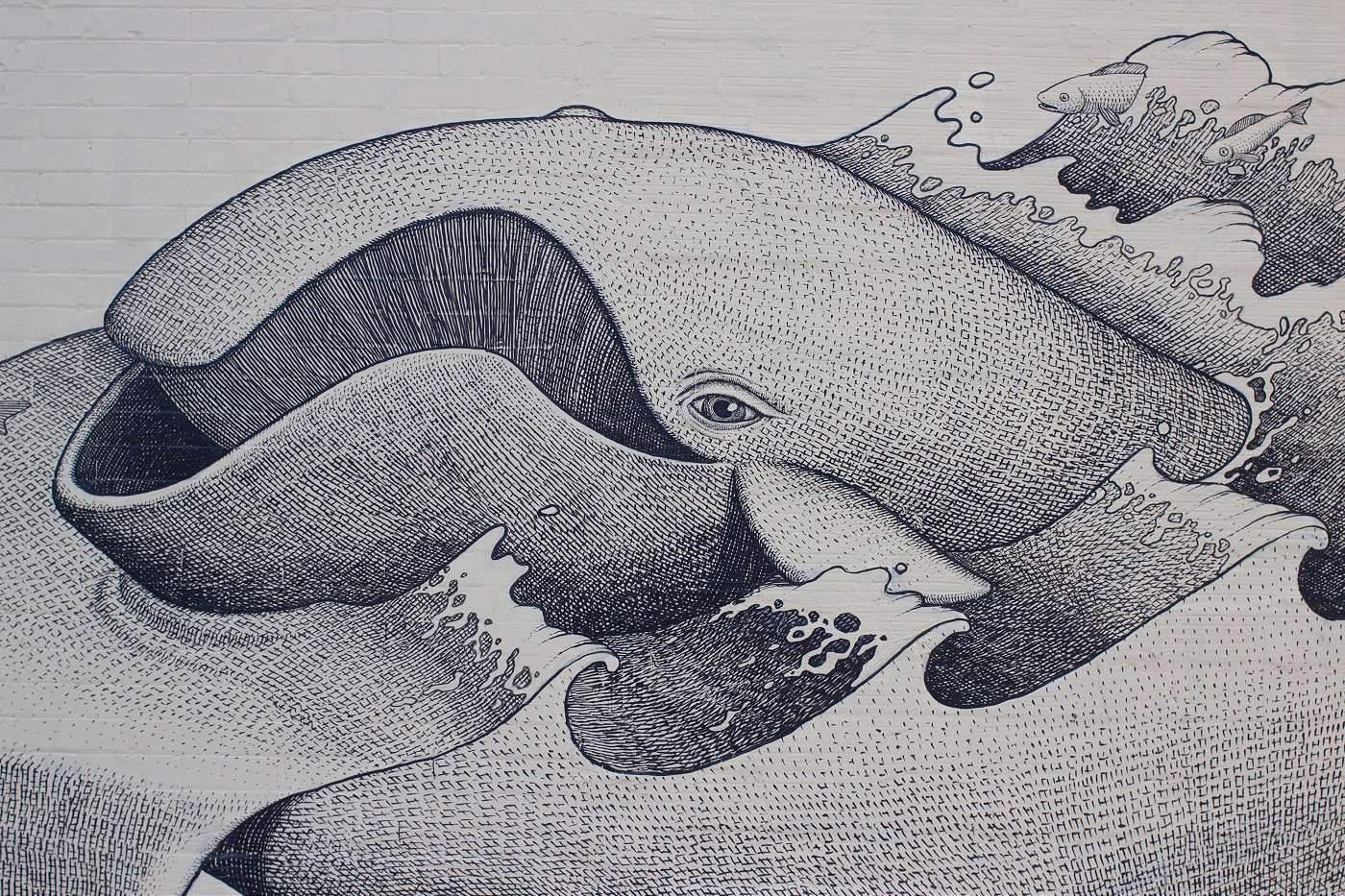 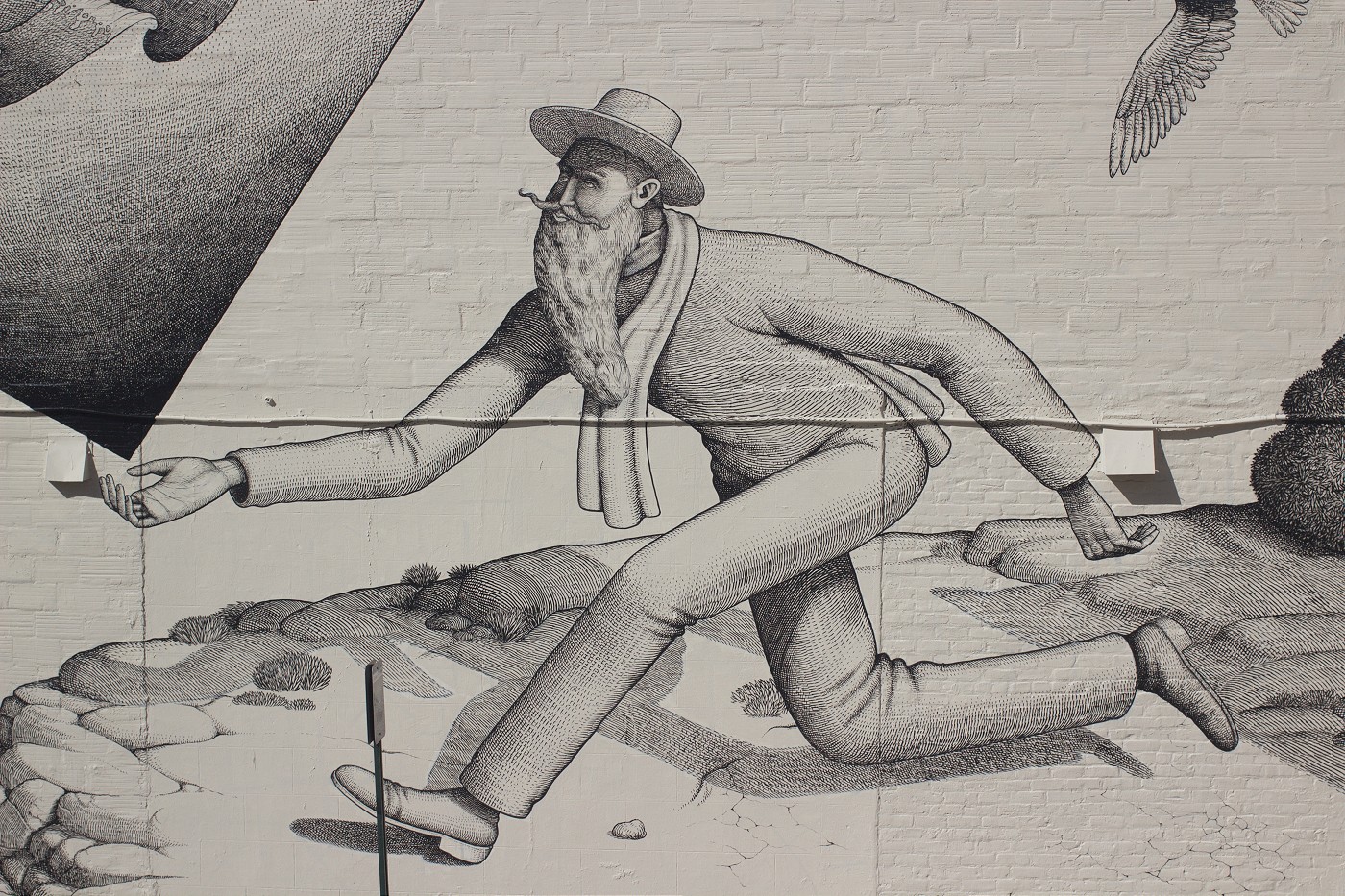 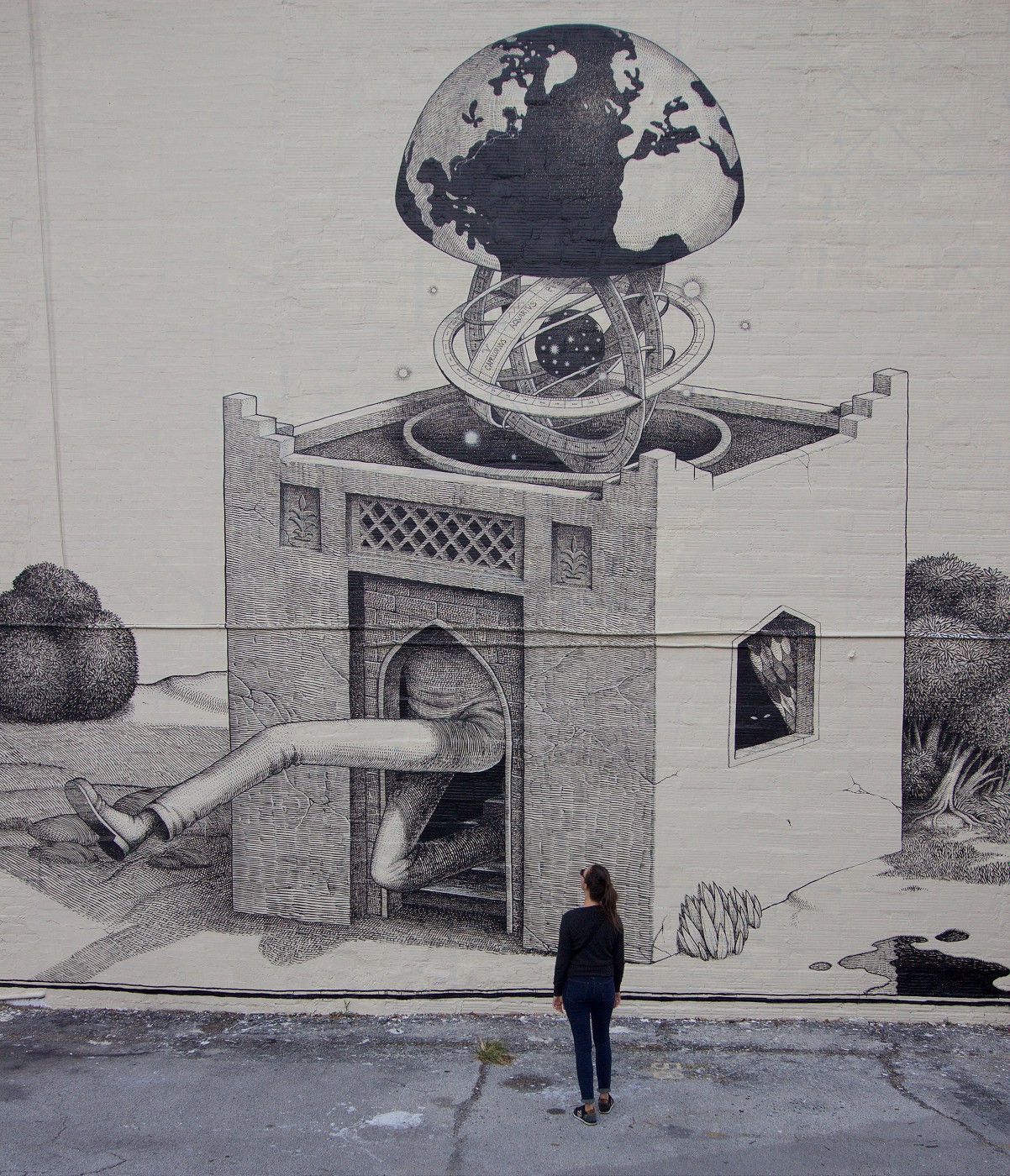 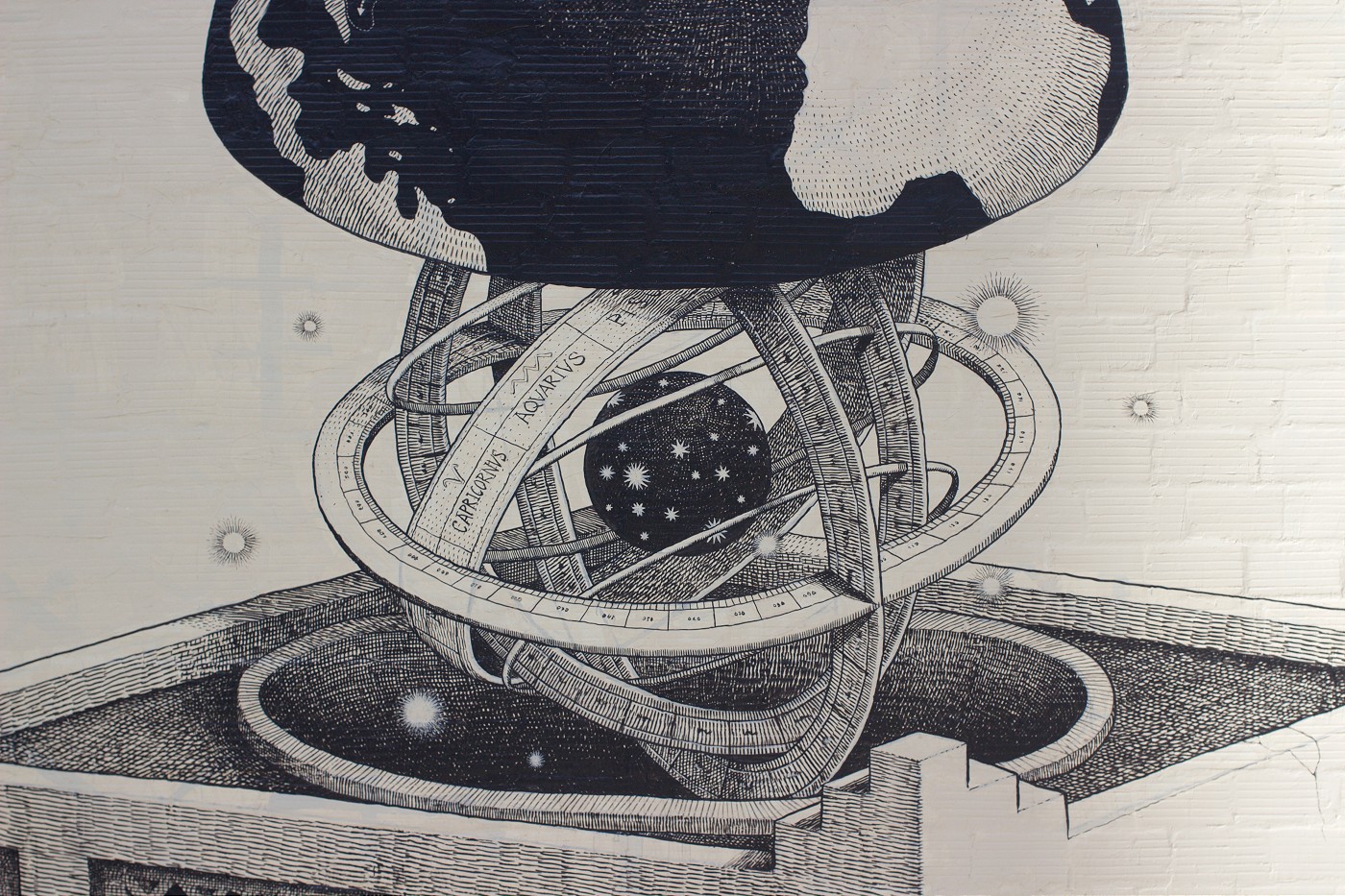 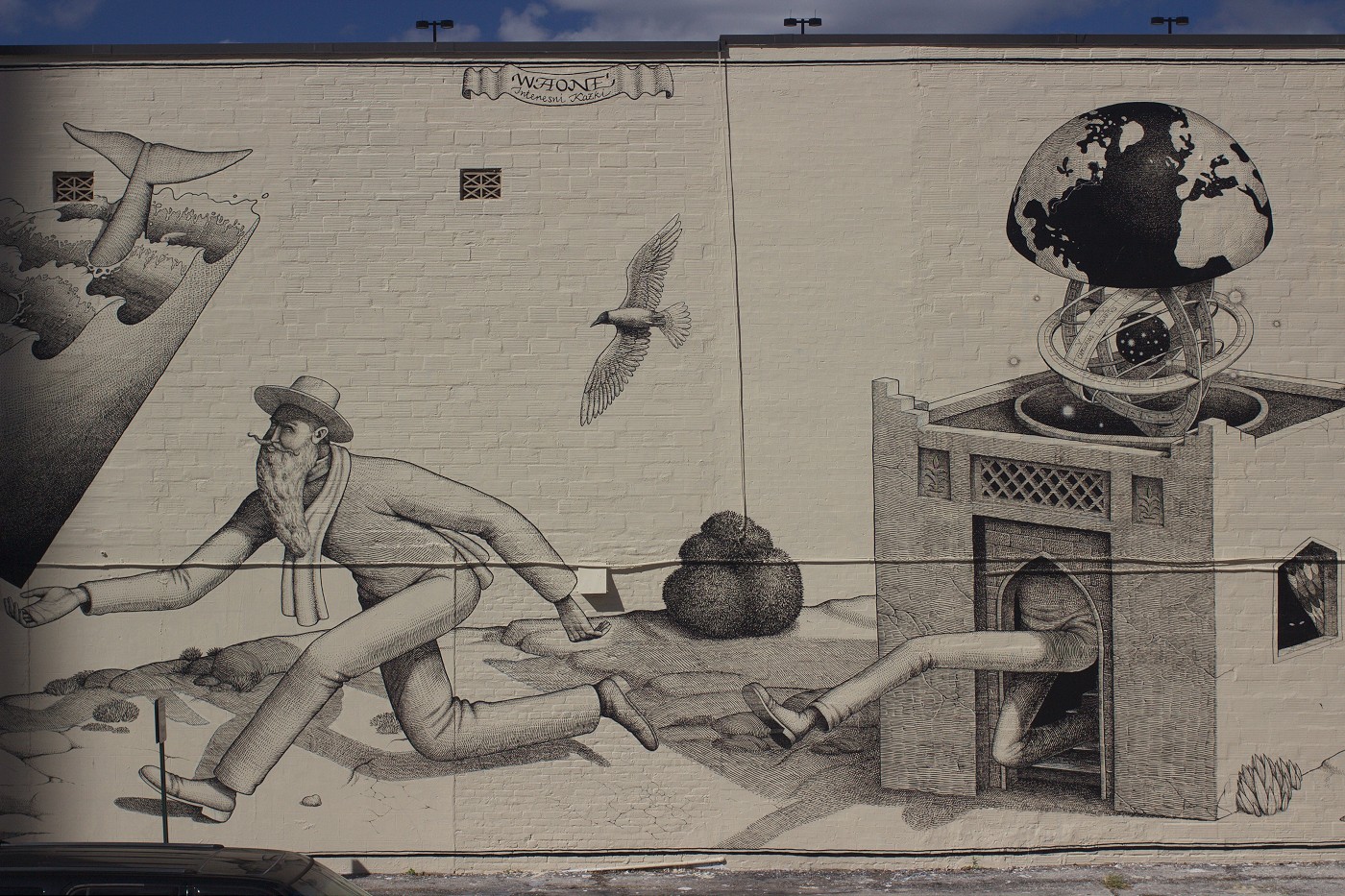 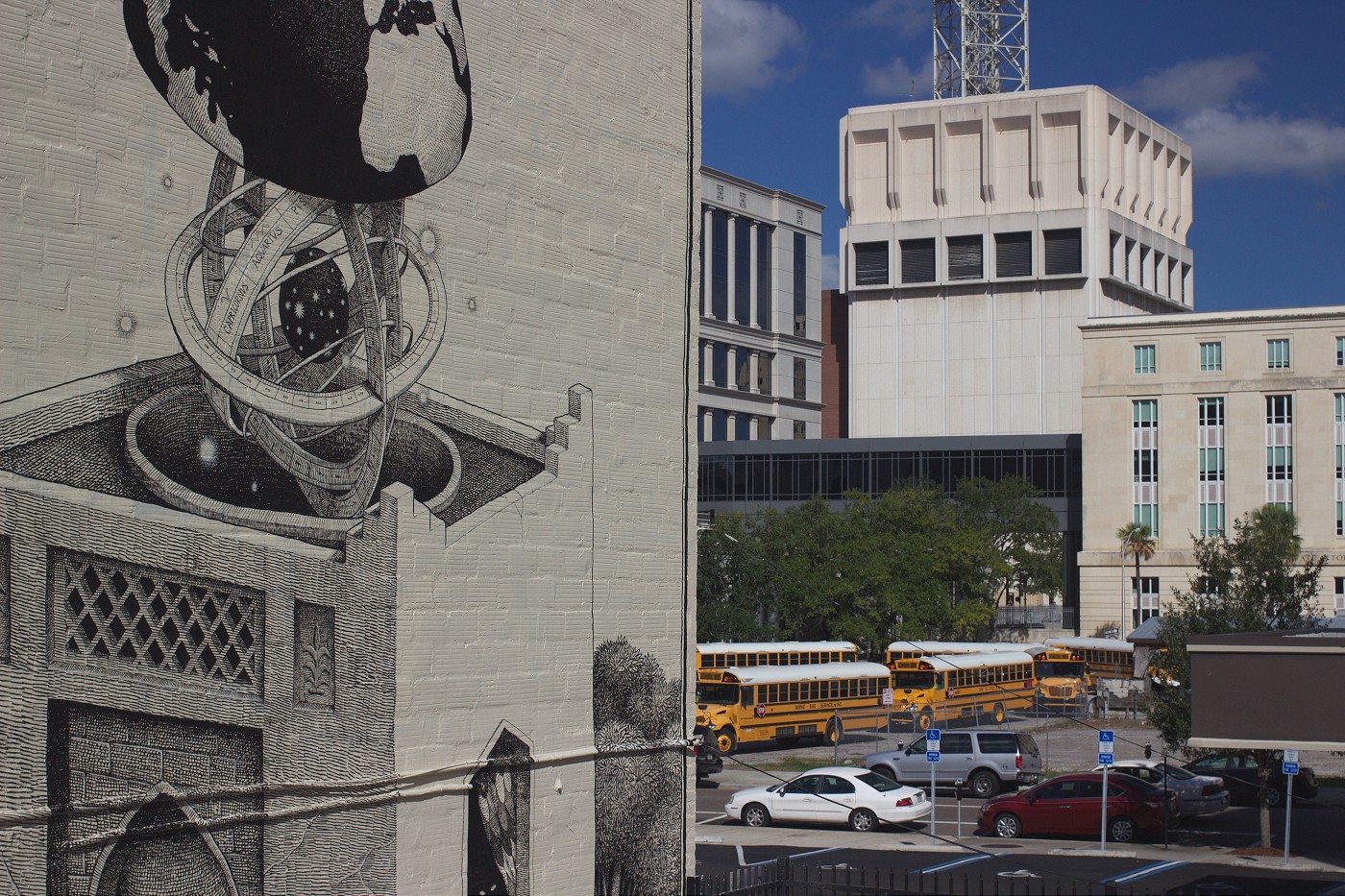 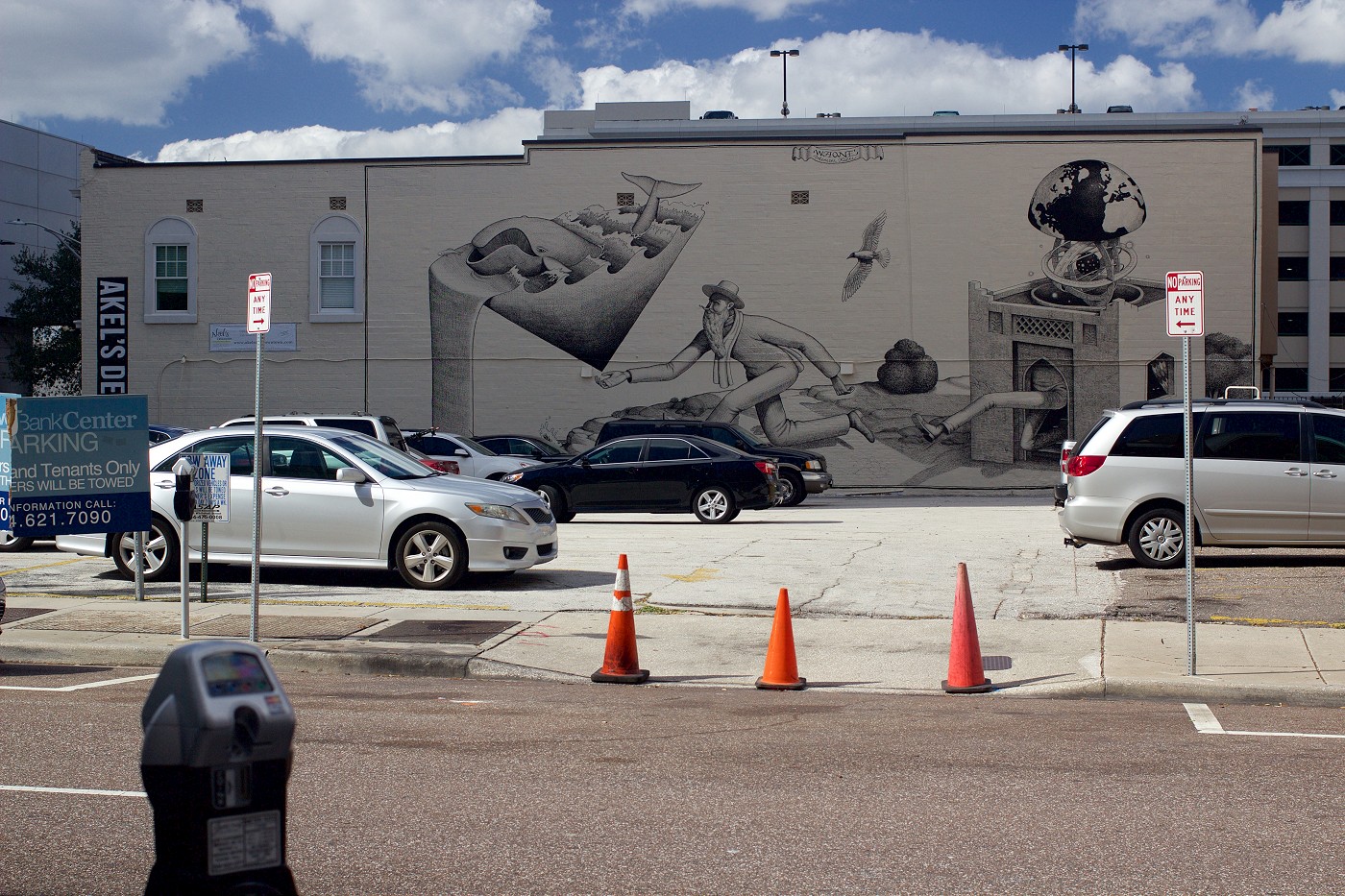 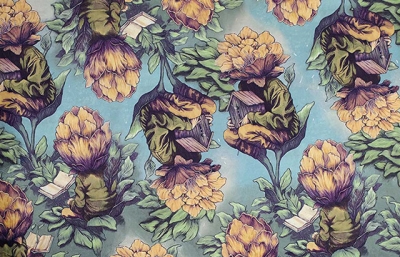 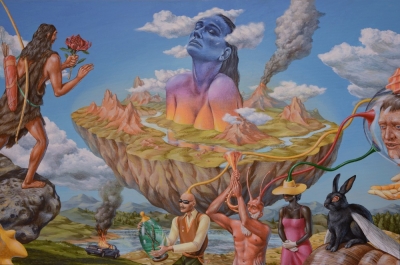 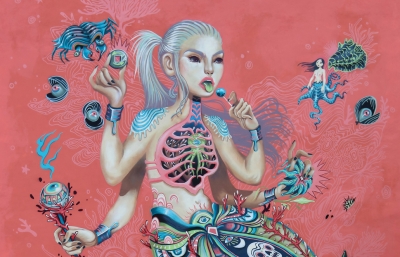 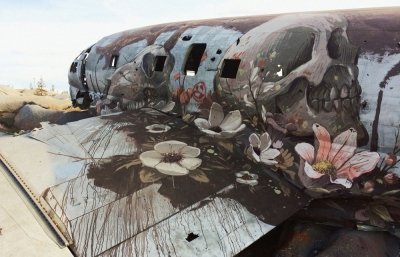 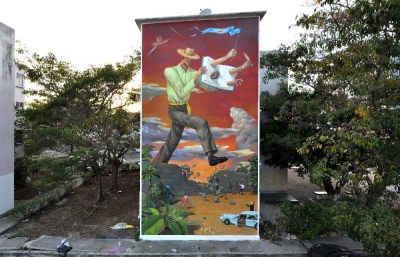 Waone Interesni Kazki recently visited US to work on a new mural that was realized in collaboration between Art Republic, Art Synonym and Pangeaseed's Seawalls murals. After Varkala in India and Richmond, Jacksonville is only 3rd place in the world where Ukrainian artist painted one of his striking illustration based murals.

The artist introduced this new concept of black and white murals back in March, basically transferring his vintage-feel ink illustrations into a large format. “Danger of Extinction” aims to raise awareness about the North Atlantic whales, which are one of the most endangered of all large whales. Despite their protection since the 1930s, these sea giants are on the verge of extinction which is represented with an image of a human holding a piece of ocean with a whale in it. Since females migrate to coastal waters of Jacksonville during winter to give birth to the young ones, the artist chose these marine mammals for his newest work. Opposite the main image is a structure that has the globe on top of it, tracing the whale's migration routes. This part symbolizes the rotation of the earth and seasons during which they visit the area, as well as their connection and dependence on humans. Armed only with a brush and black paint, Waone created an intricate mural/large drawing, approaching the large facade as a piece of blank paper. Through his recognizable aesthetics influenced by ancient books and illustrations, he achieved the timeless feel while speaking of human impact on global whale populations. —Sasha Bogojev 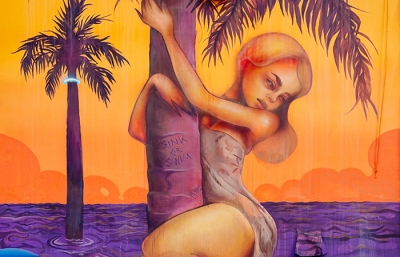 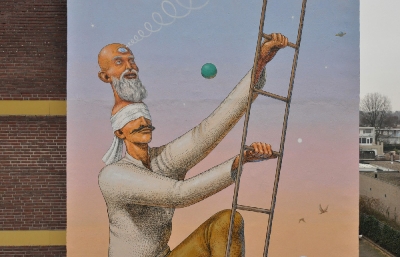 "The Hatching of Humanity" by AEC Interesni Kazki 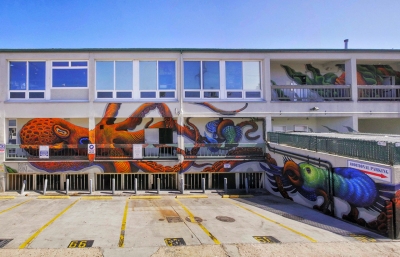