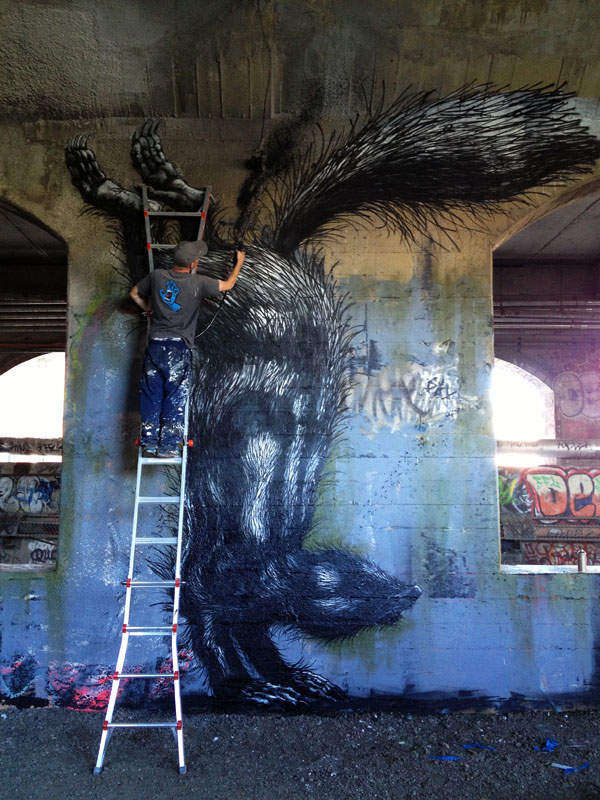 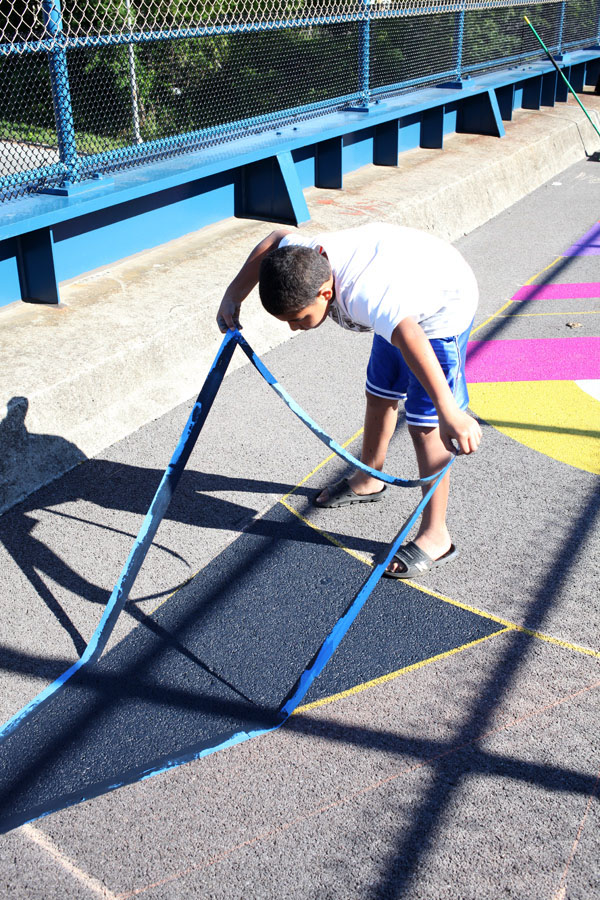 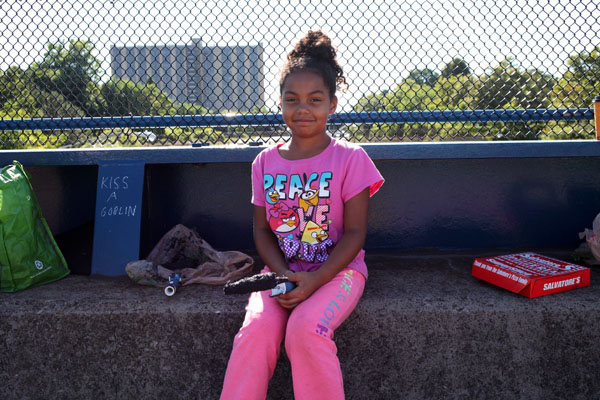 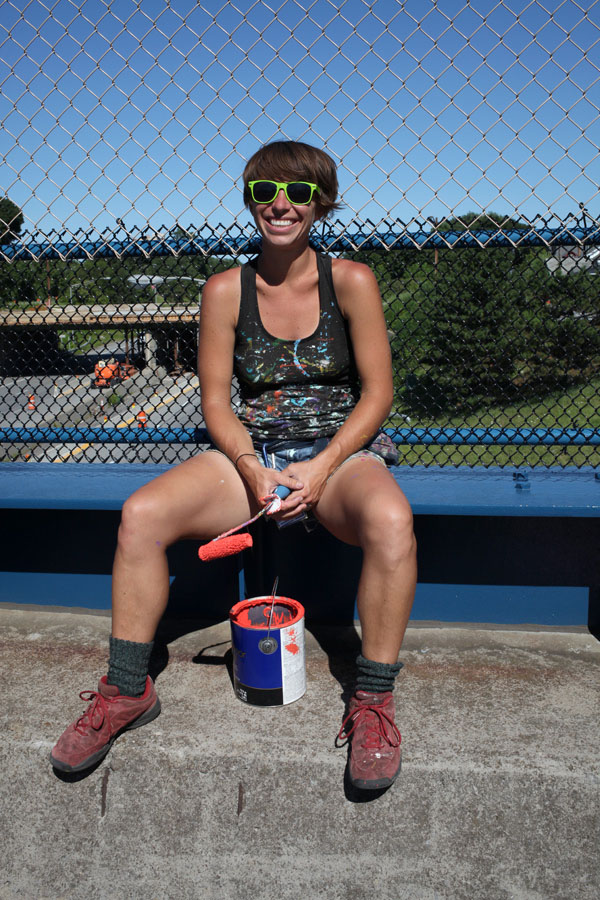 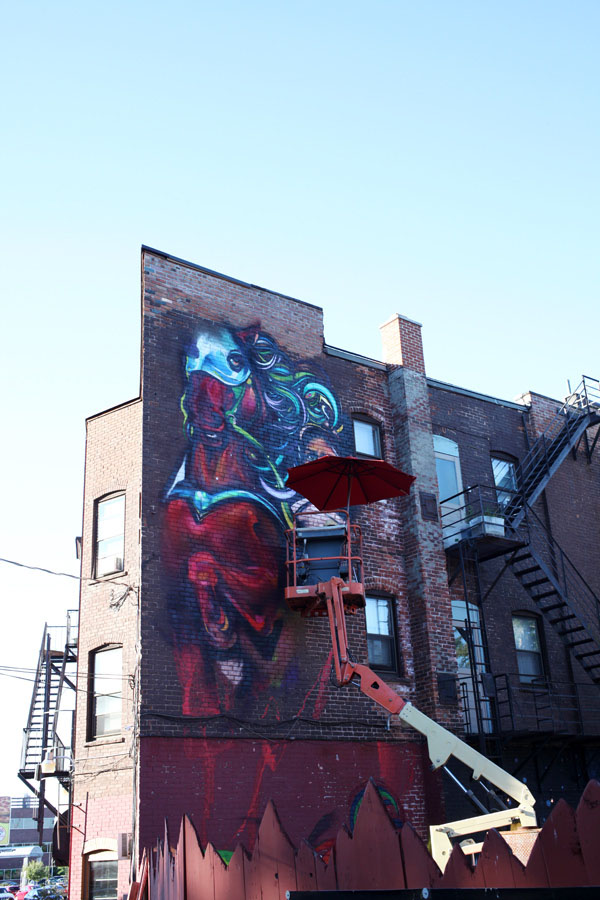 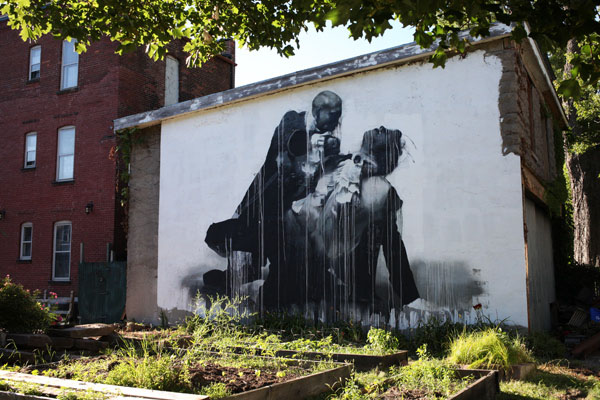 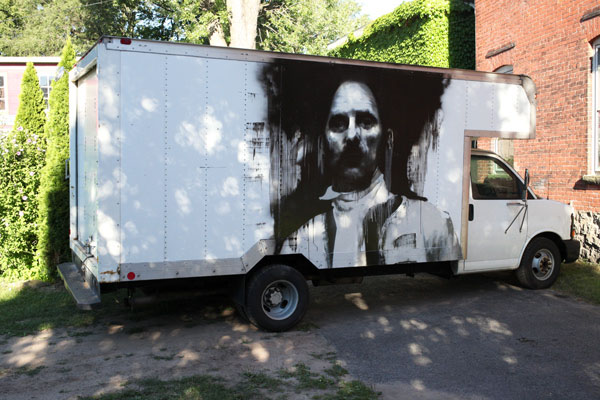 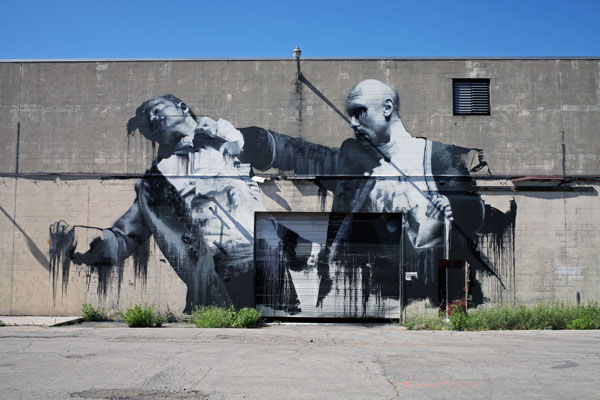 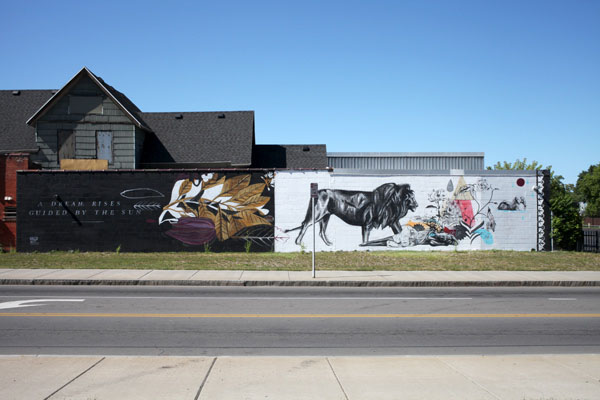 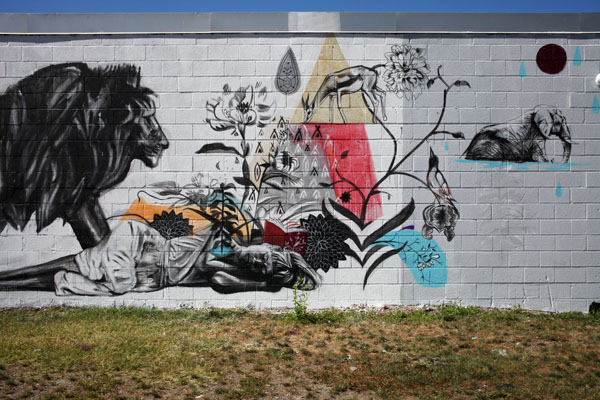 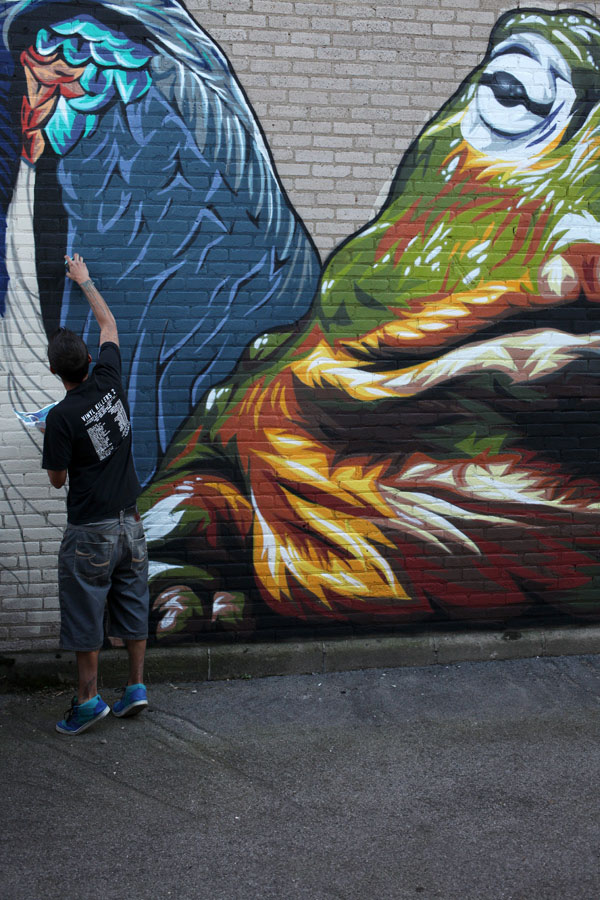 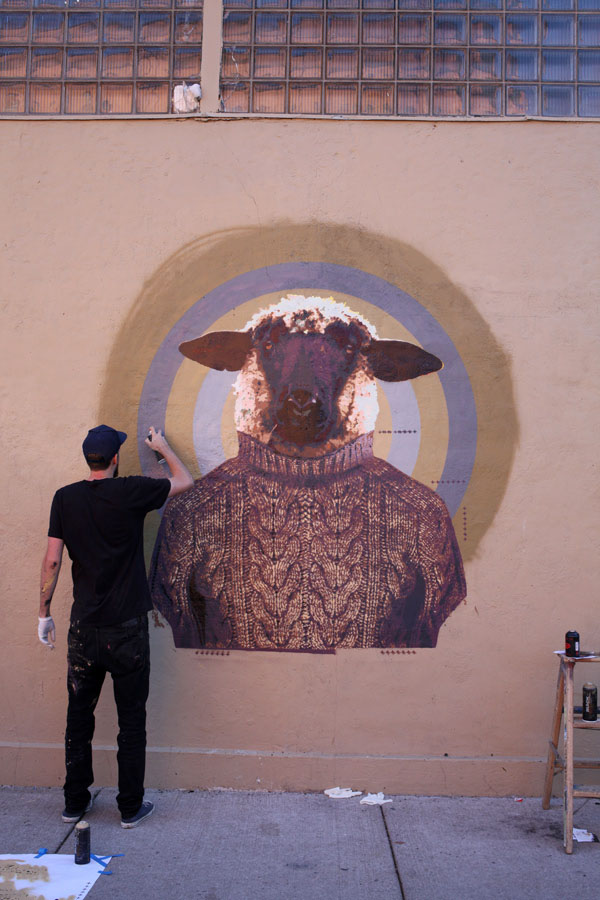 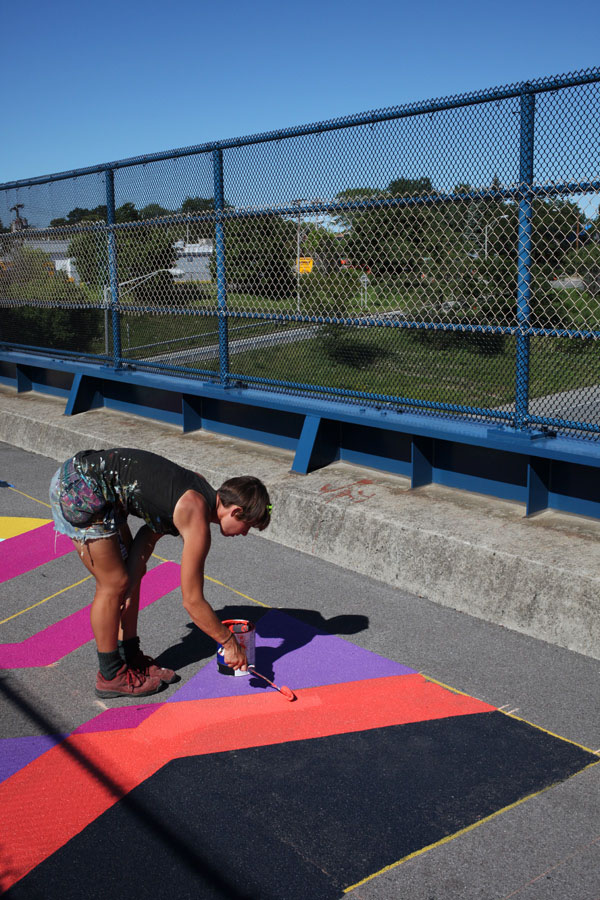 On our second day in Rochester, NY for Wall Therapy, we got hold of a bike and hit the streets under the beaming summer sun (Making photographs extra difficult FYI). We made our rounds to some of the walls and in between witnessed a diverse city of culture and class, with plenty of waves of “Hello!” in between. We saw the immediate impact one of the pieces being painted by Baltimore-based artists, Jessie and Katey, had on the locals. There were friendly remarks of encouragement, inquisitive questions and friendly dialogue from passerbys. Since they began their mural, a group of young kids had been hovering around which eventually progressed into wanting to contribute. Now, the two artists have been working side-by-side with the kids taping, painting and becoming friends. At other walls the same positive reactions were occurring, hopefully giving some sort of validation to the artists for their work. We also checked out Faith 47, Thievin' Stephen, Freddy Sam, Roa, Silhouette and Conor Harrington (Who painted three pieces in record time). Stay tuned as we will have more tomorrow!