Shepard Fairey is officially launching his 30th-anniversary project this year, "Facing the Giant: Three Decades of Dissent!" Fairey will be painting murals in several cities around the world and traveling the #FACINGTHEGIANT print series culminating with a fine art show of large canvases at Over the Influence in Los Angeles in late 2019. 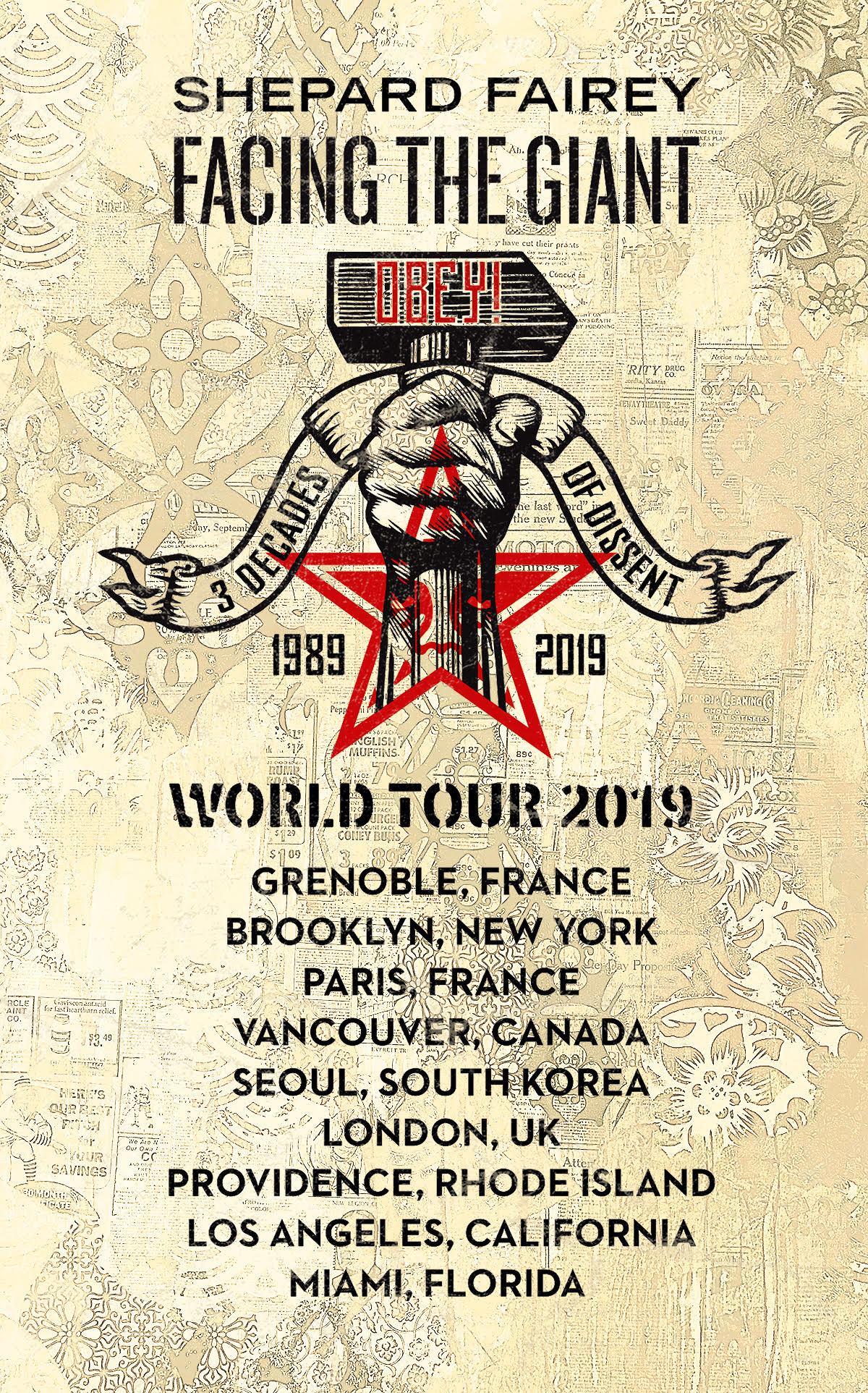 The traveling exhibition showcases work from his breakout "Andre the Giant Has a Posse" sticker in 1989, and presents the evolution of his art and the various ways Fairey prompts viewers to "question everything," especially the "giant monolithic forces that we are all subjected to." He just started releasing special edition prints to celebrate his #OBEYGIANT30TH, so stay tuned and be sure to follow @obeygiant for more updates on all things Fairey.