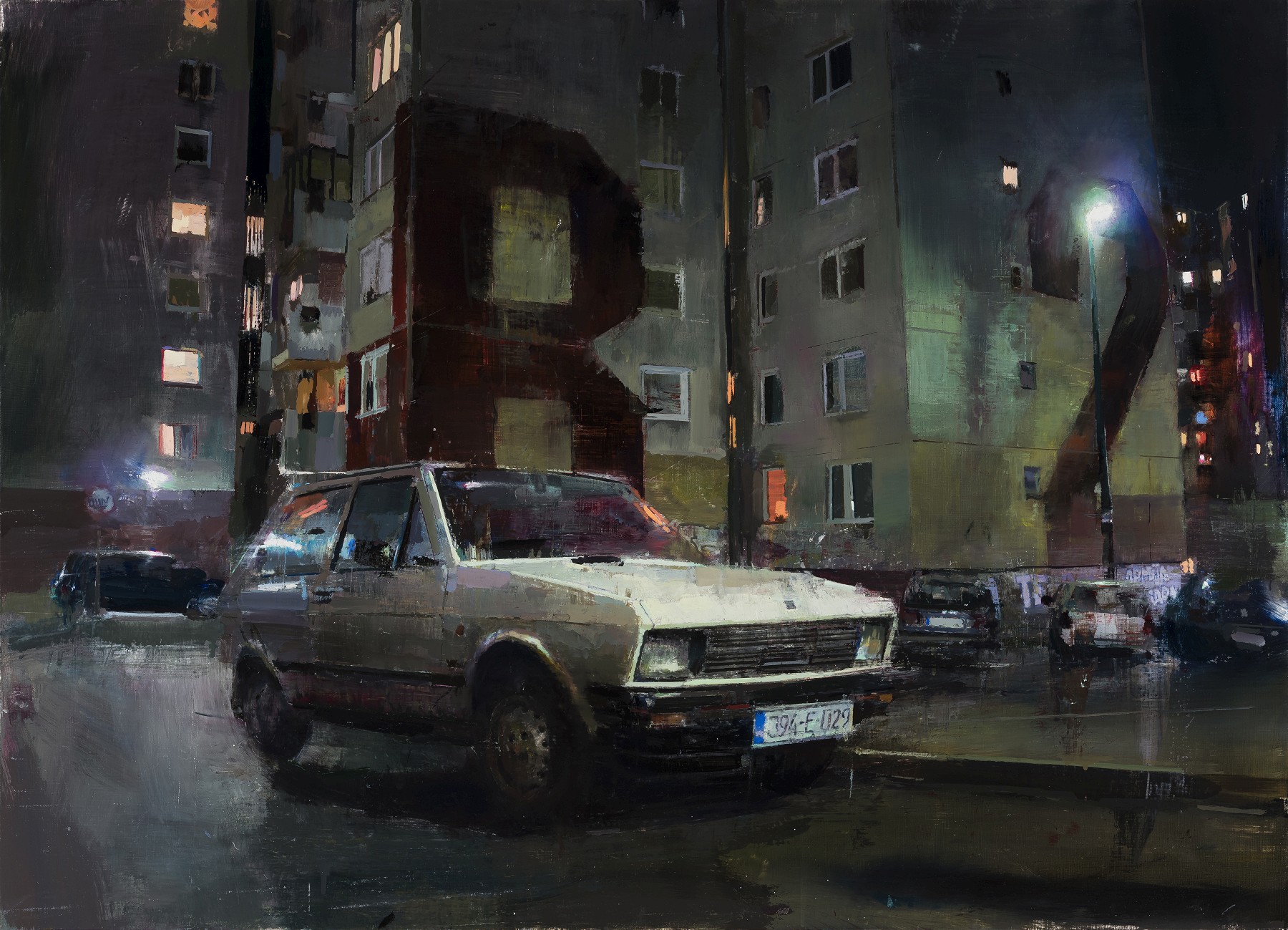 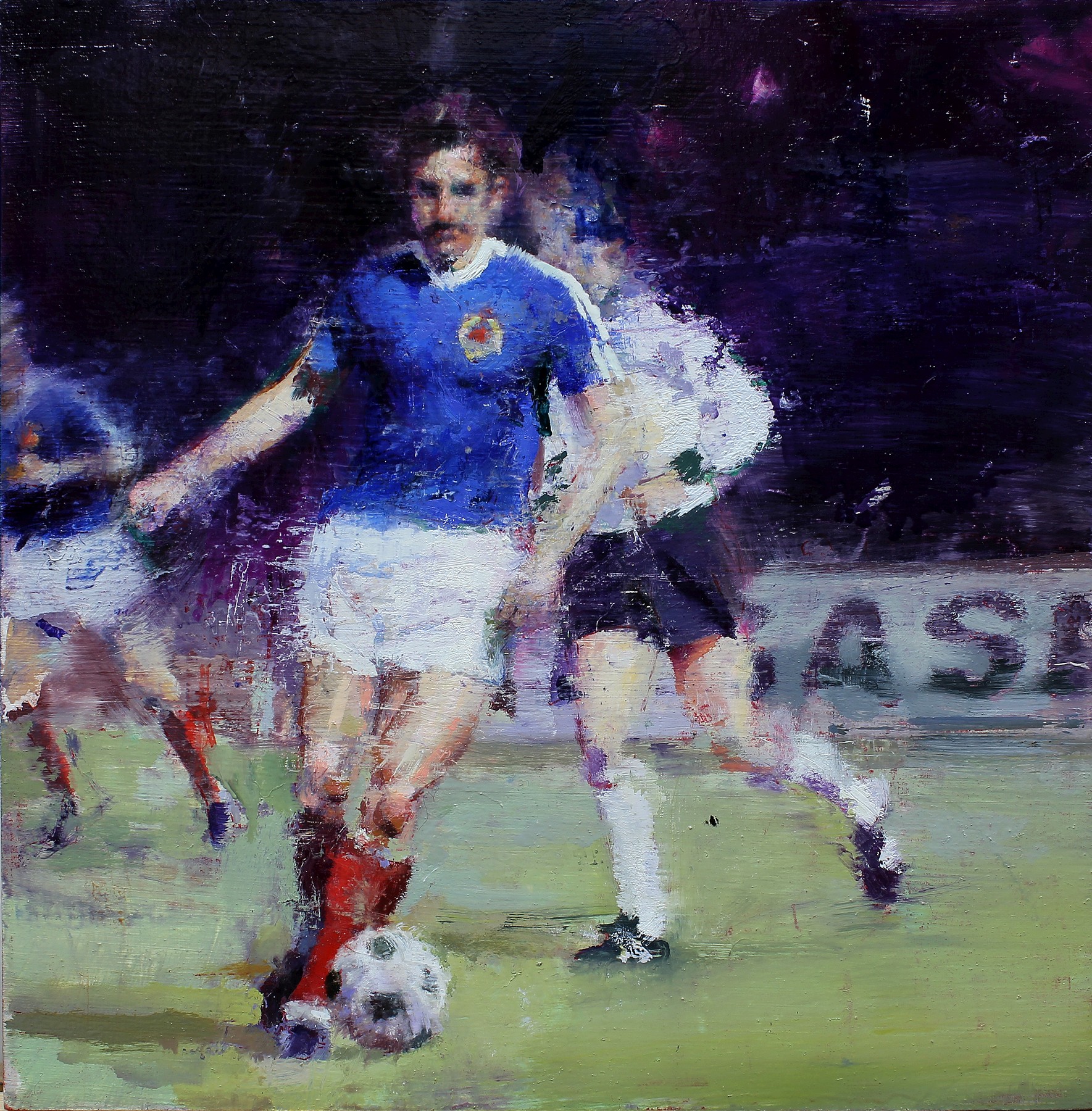 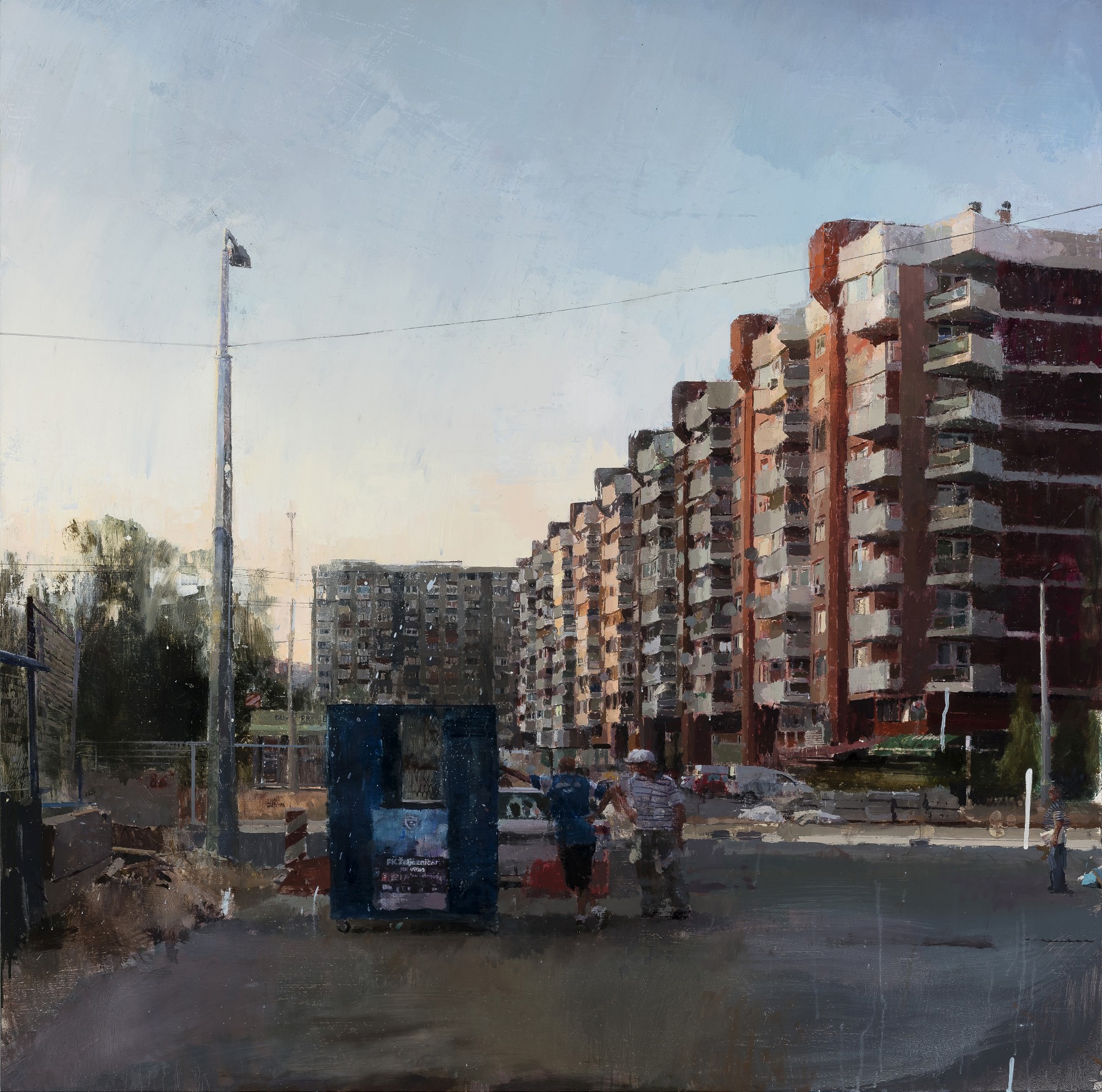 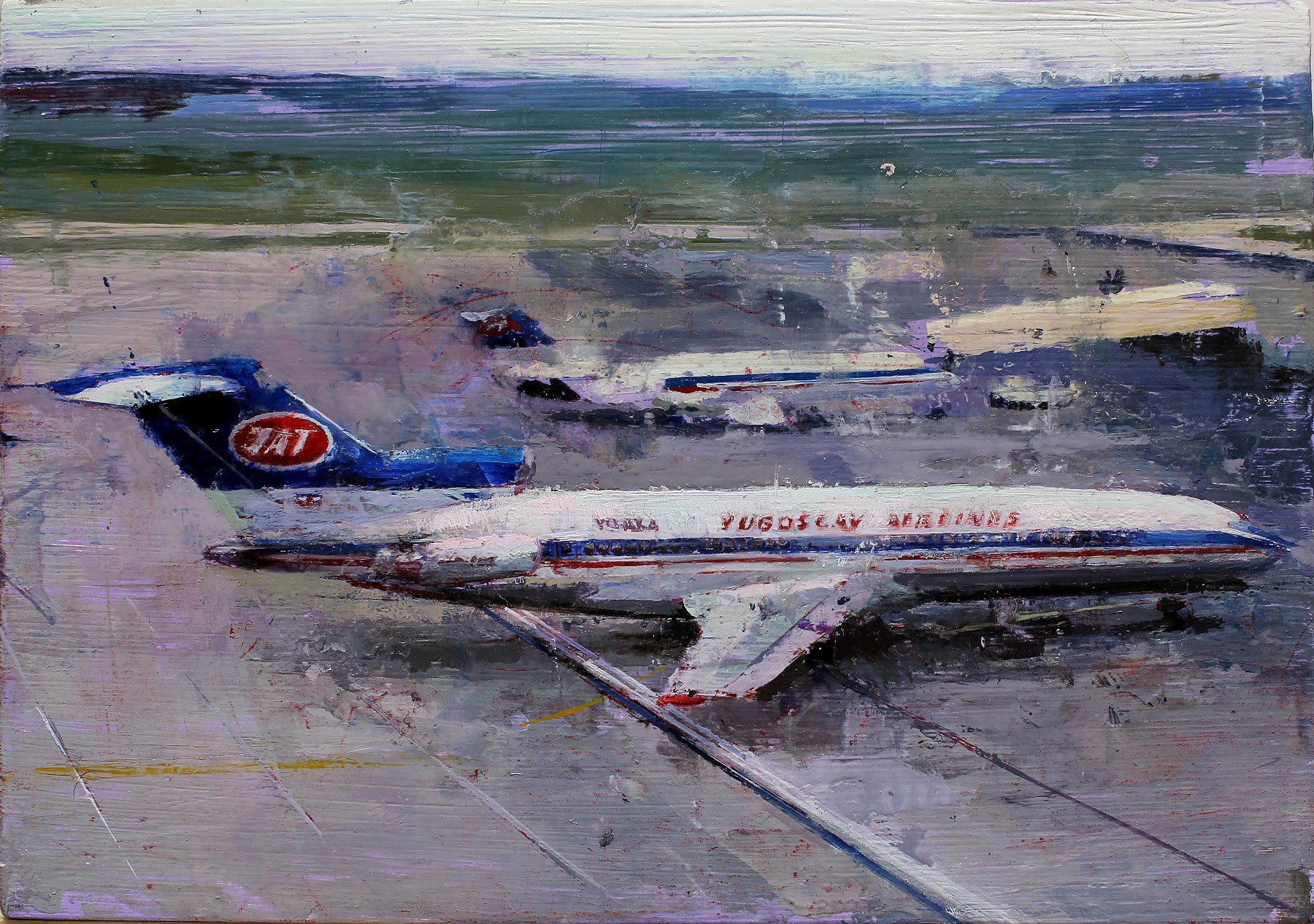 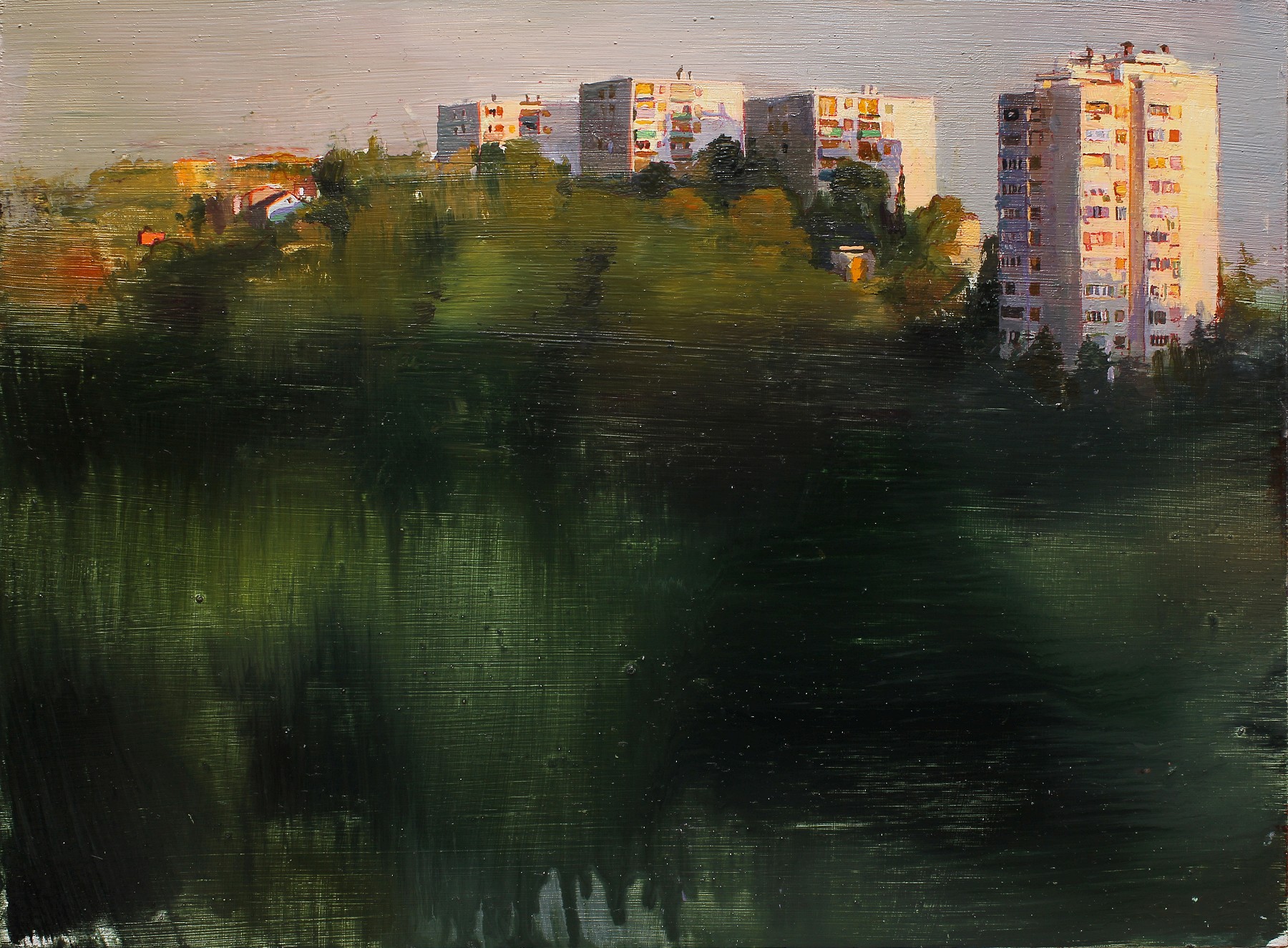 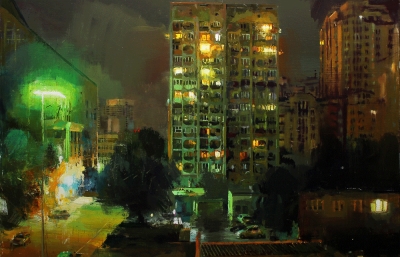 On June 9th, Galleria Varsi in Rome will be opening their first solo show with Sebas Velasco. Two years after his last successful solo show in Barcelona, the San Sebastian, Spain-based artist will be introducing an ensemble of complementing paintings titled, Nobody's Home.

Borrowing the title from a book by Croatian writer Dubravka Ugrešić, the show is a result of Velasco's longtime obsession with post-socialist Eastern Europe, and in this particular case, the countries that formed the former Yugoslavia. This interest was sparked at the early age when he repeatedly chose Yugoslavia as a team in video games. A couple of decades later, he found himself intrigued with the architecture of the area, an eclectic mixture of cultures and turbulent past of the region. Through frequent trips during which he painted some striking murals, Velasco developed a strong connection and deep interest which eventually lead to this unique exhibition.

Consisting of series of images which he came across during his travels and research, Velasco is taking us on a journey through the once existing country. Portraying the mundane, milestone and questionable moments of its past, including key figures from the world of politics, sport or music, along with everyday scenes of the present day, the artist is paying his respect to the cultures for which he feels a special connection. Imagery-wise, Velasco stepped away from his comfort zone for this show, so along with portraiture and night time urban landscapes as signature imagery, he painted new motifs inspired by suggestions and memories of locals he met on his journeys. Along with works on wood, linen, and canvas, the show will include an intimate site-specific installation, and the entire showcase will be accompanied with a catalog issued for the occasion.

This exhibition will open exactly one week after he introduced his latest project in Sarajevo, a book titled Na Ovom Mjestu (On This Place). The publication consists of Velasco's paintings portraying the capital of Bosnia and Herzegovina, accompanied by texts by Bosnian, Serbian and Spanish poets, and is available through GKO-gallery. —Sasha Bogojev