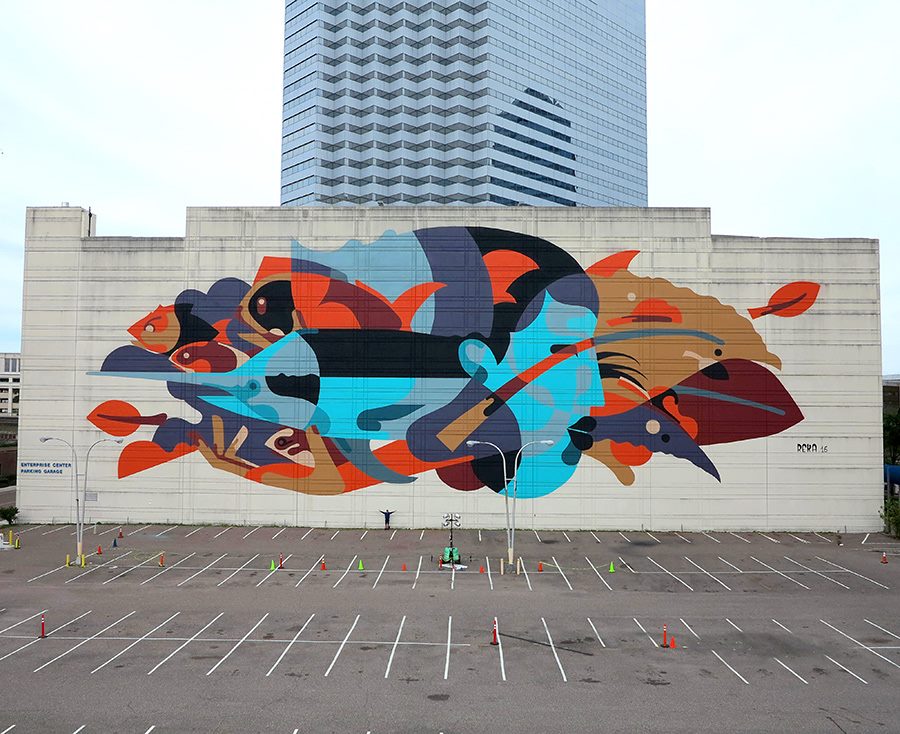 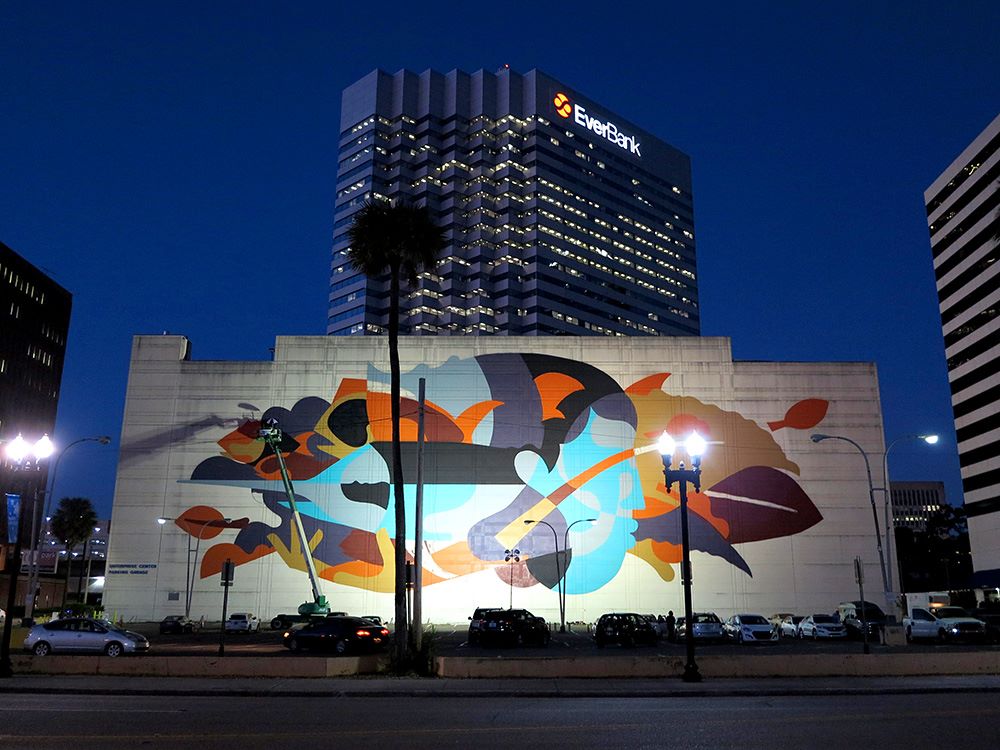 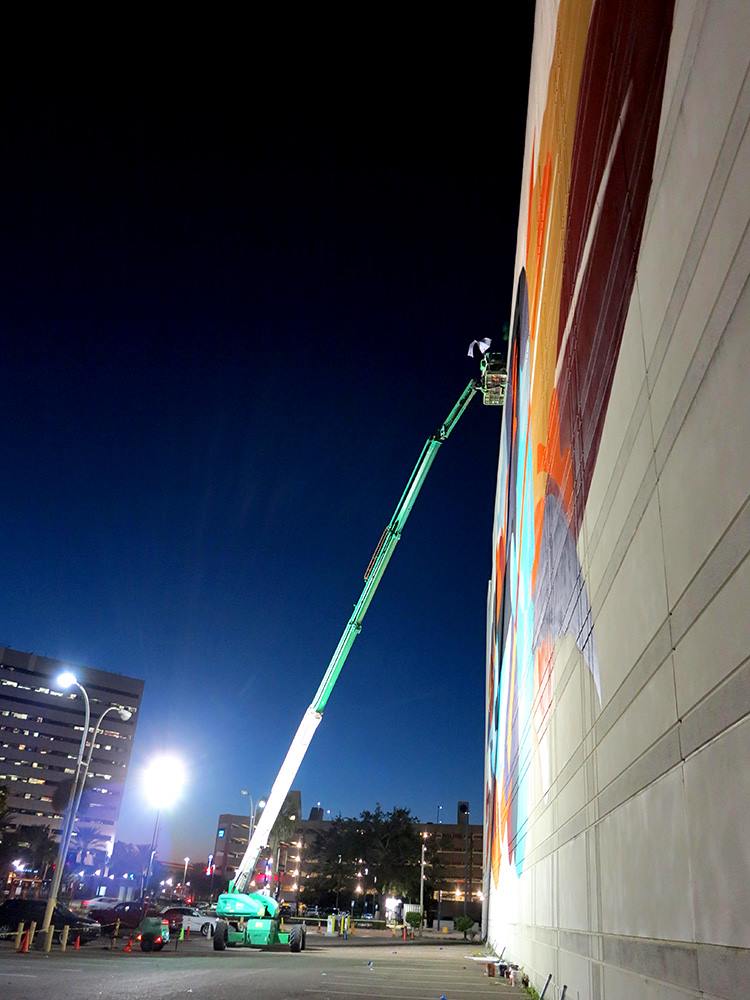 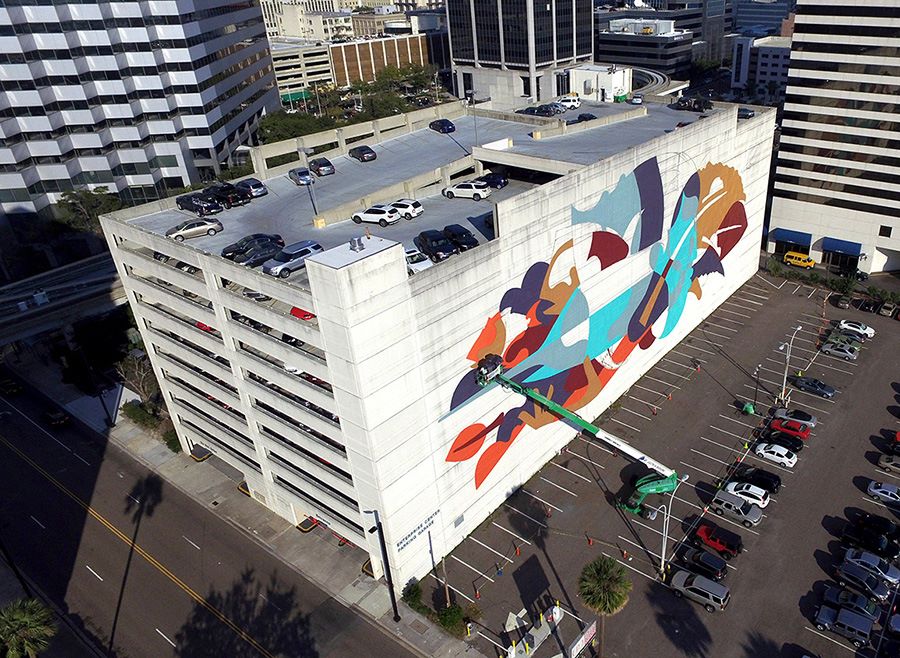 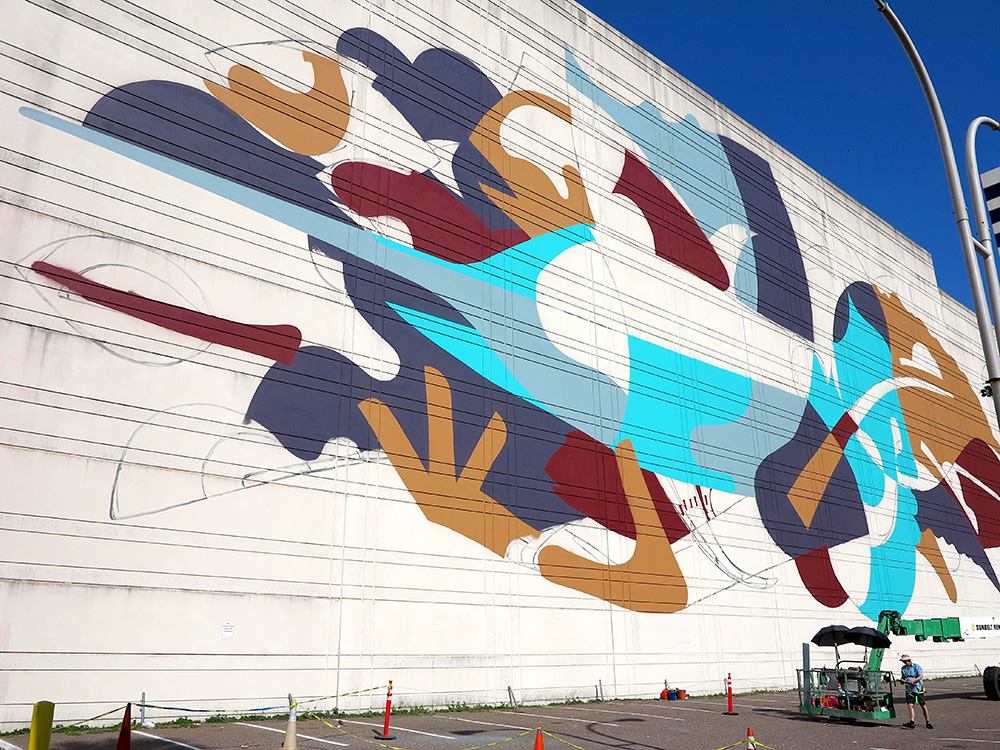 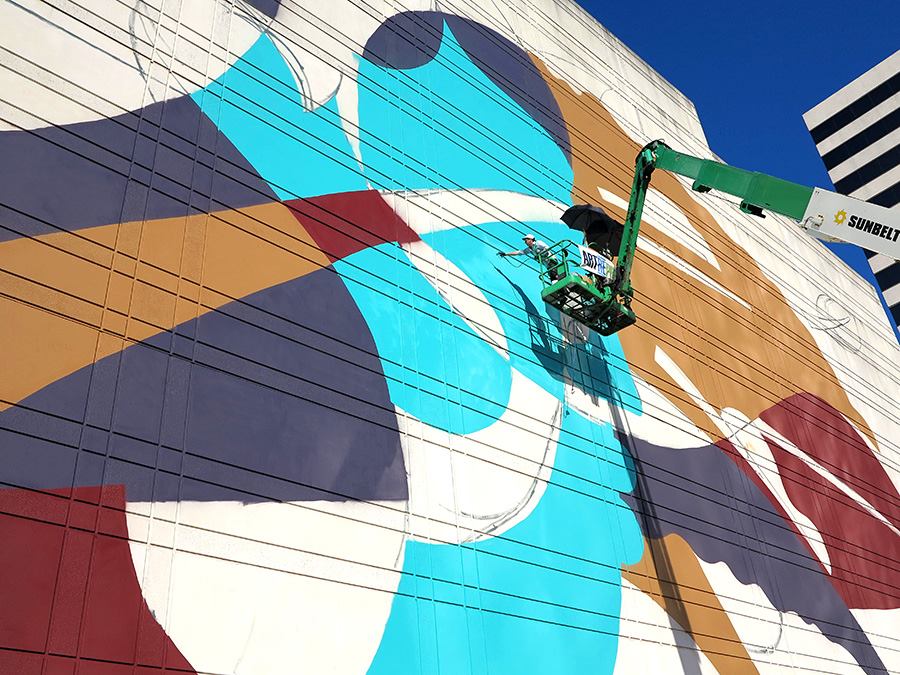 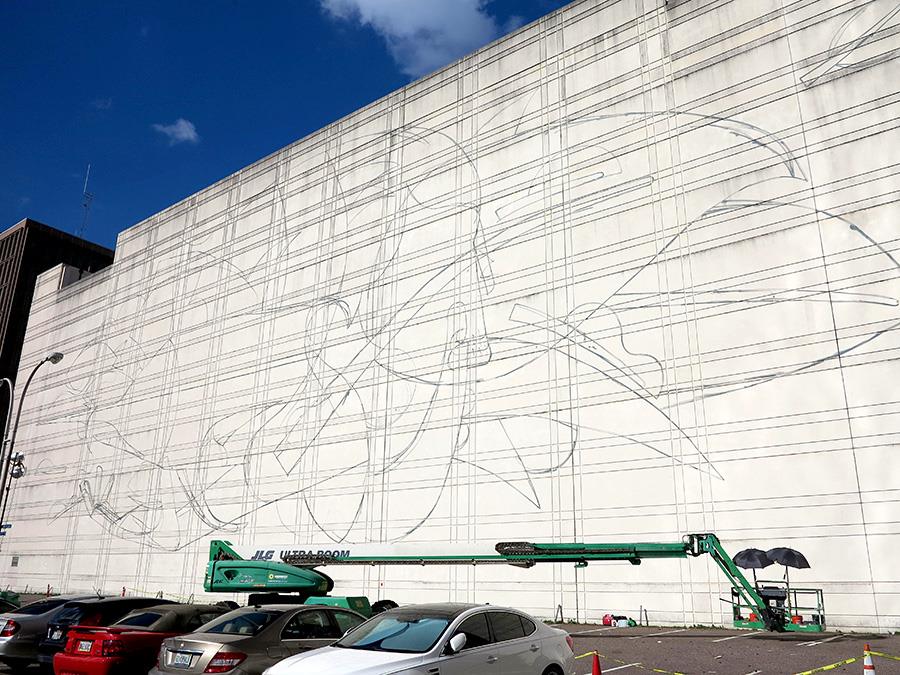 James Reka recently finished his largest work to date in Jacksnoville, Florida. Inspired by the local wildlife, which is remotely similar to the one of his homeland of Australia, the Berlin-based artist spent 3 weeks on completing this abstract piece titled "Flora + Fauna".

The mural was created using his recognizable visual language consisting of sharp forms that together create a bouquet of familiar images. Blending together and morphing into each other, it's Reka's clever choice of tones that creates an illusion of depth while making the imagery distinguishable. Using a limited color palette and strict graphic elements, Reka creates large urban totem-like murals that often celebrate the beauty of nature and its diversity. The mural was completed as a part of ArtRepublic project and was supported by the city of Jacksonville, FL. —Sasha Bogojev