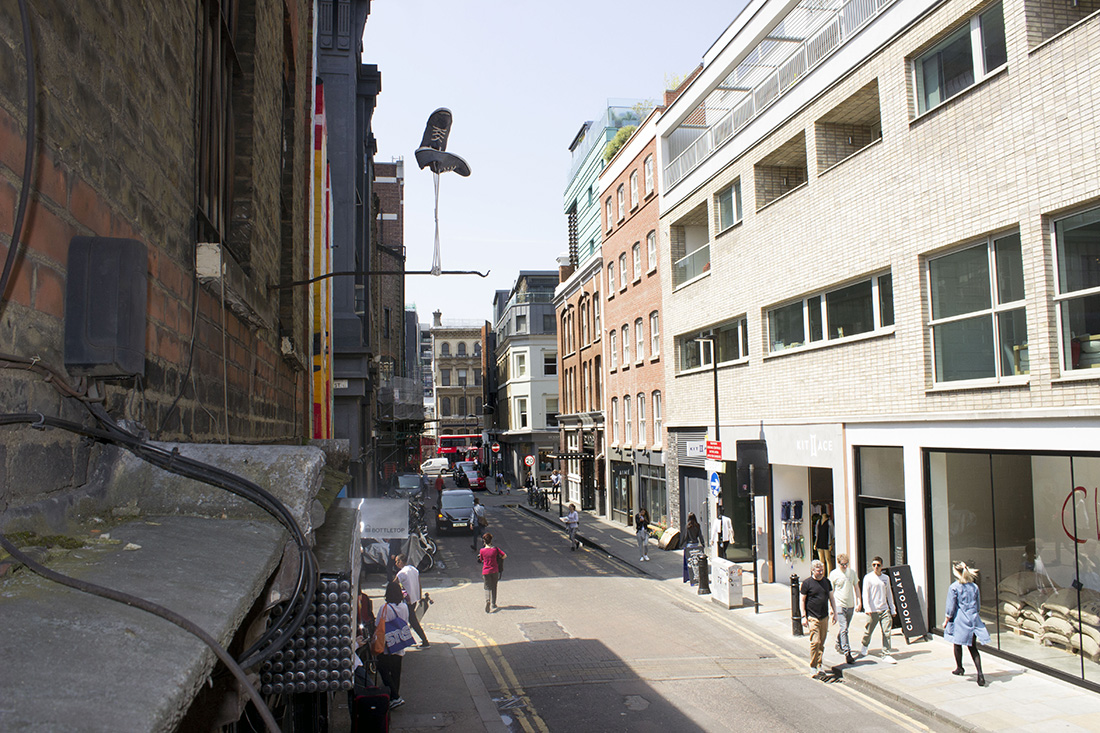 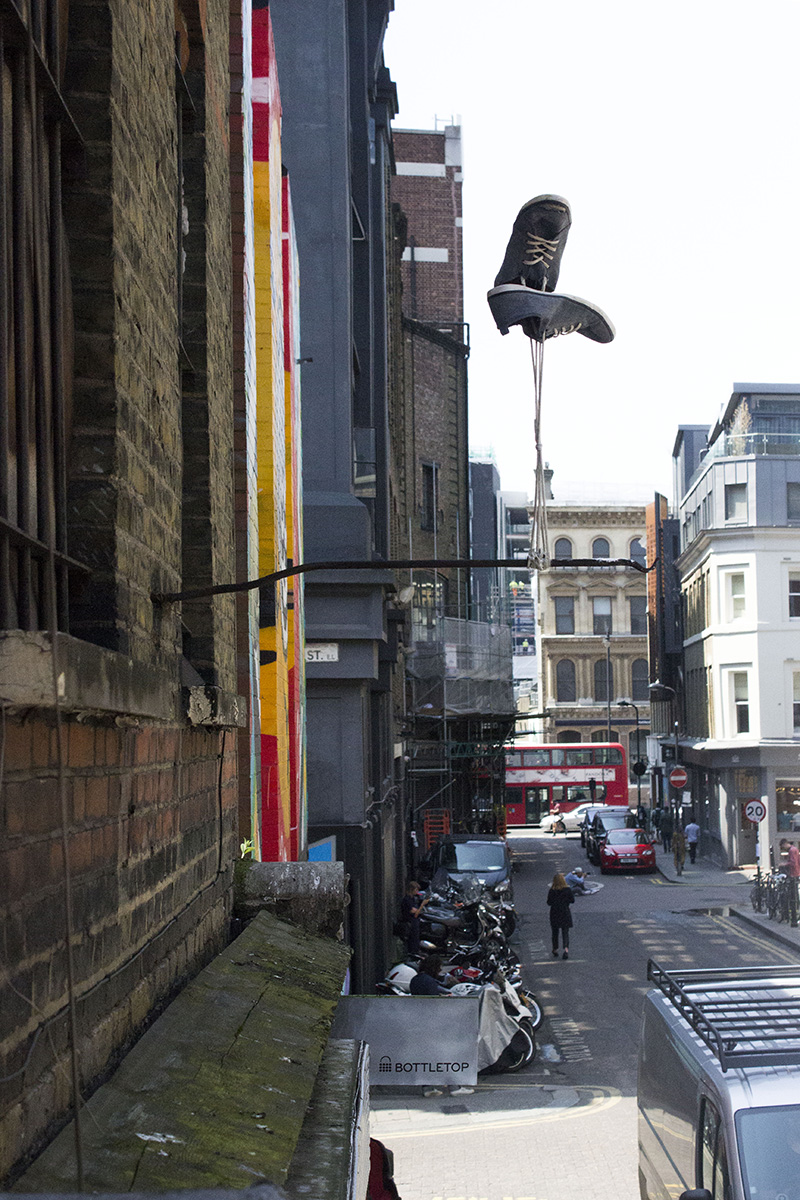 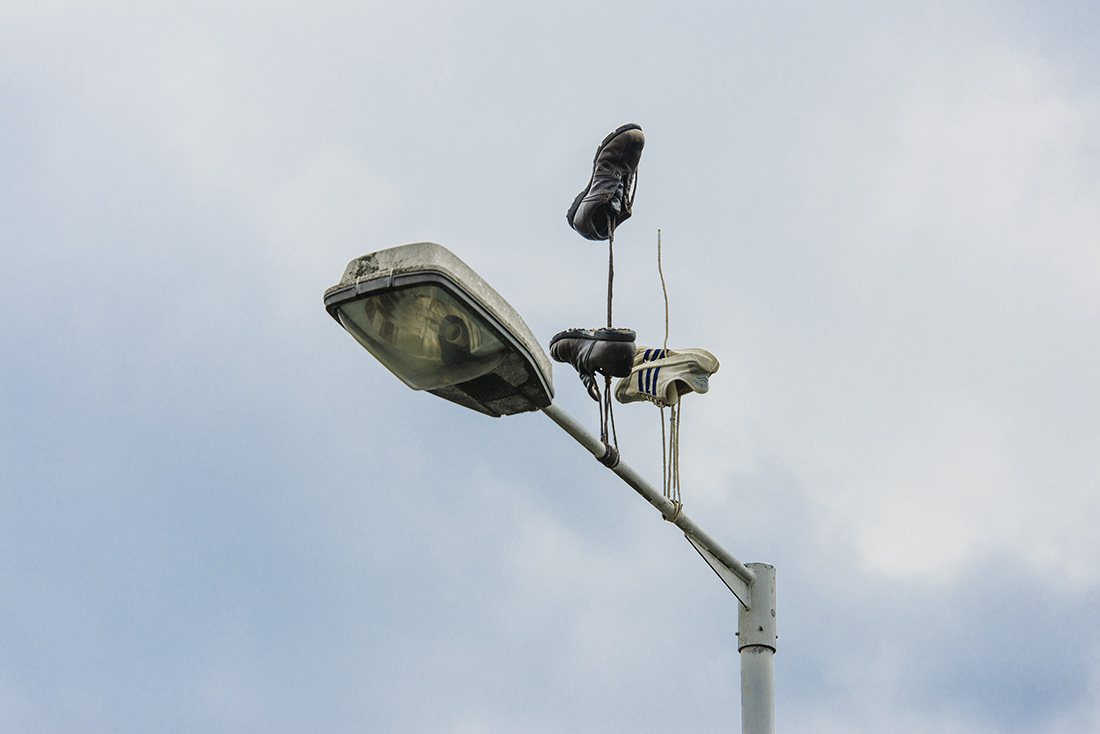 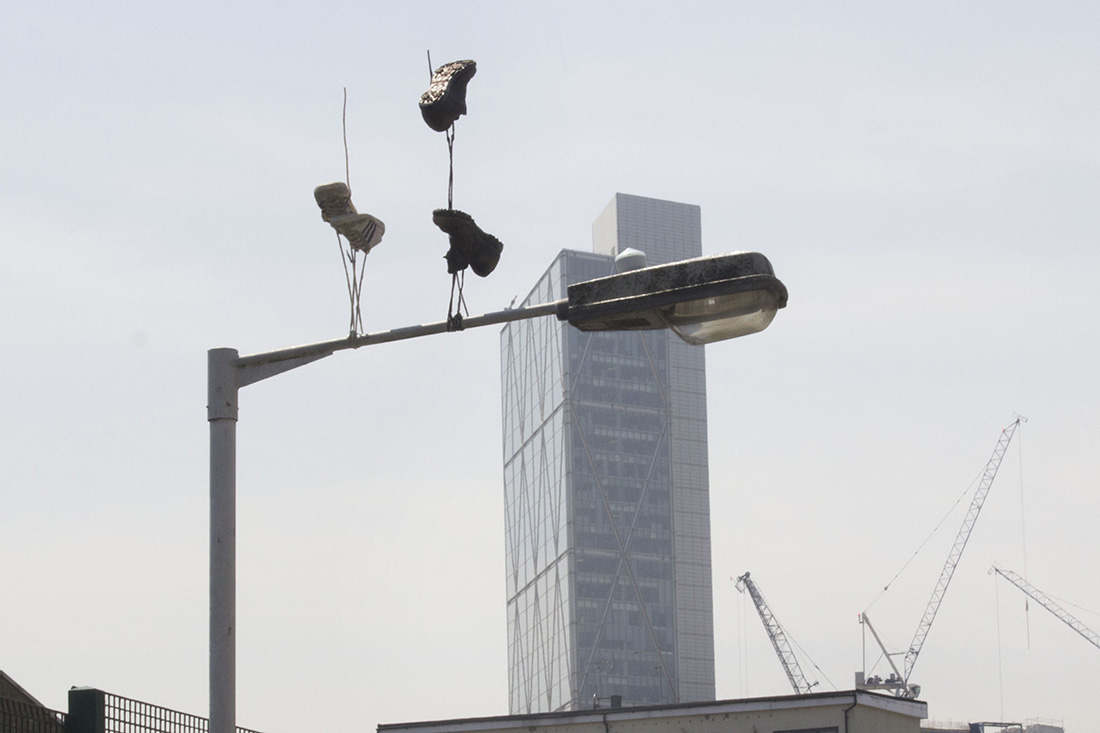 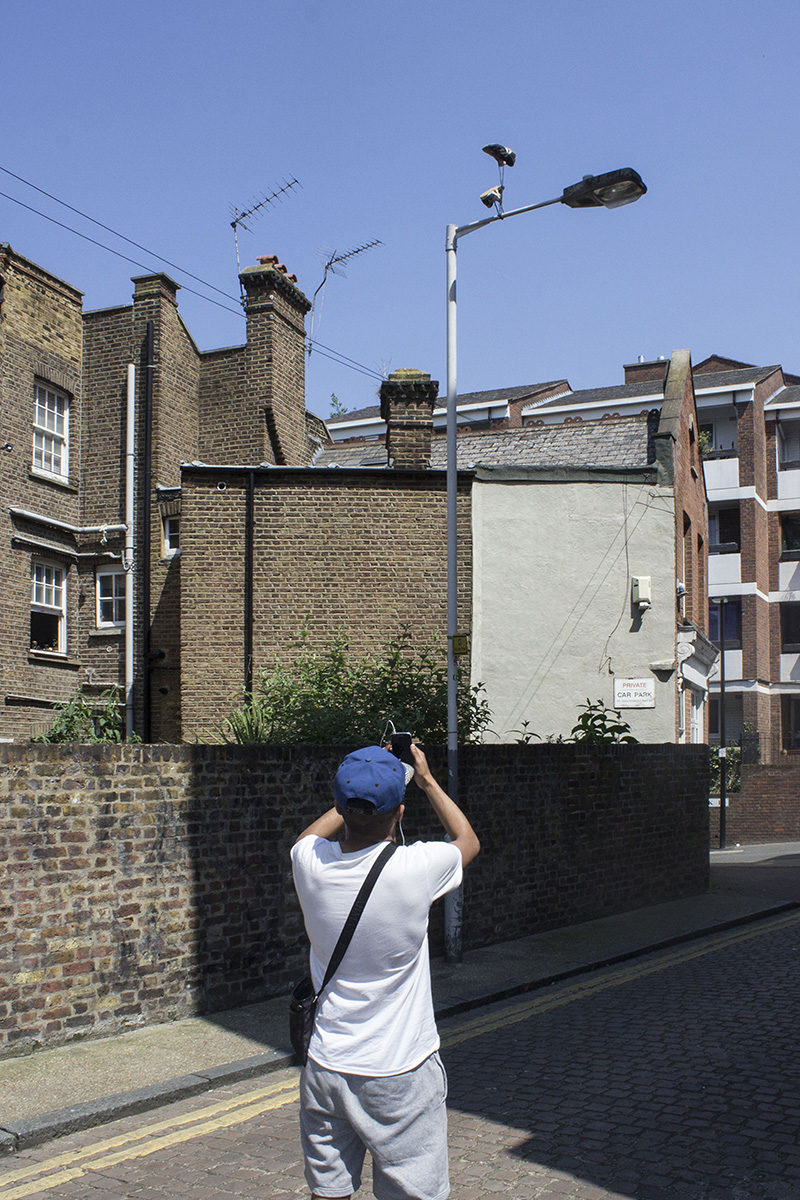 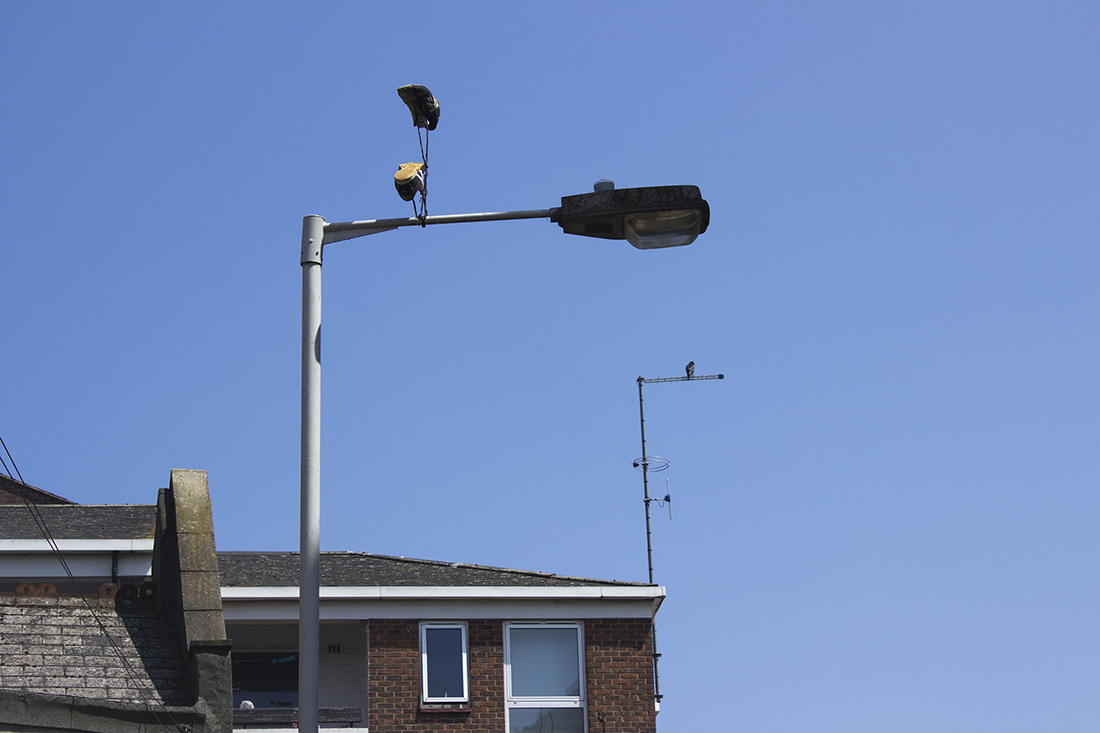 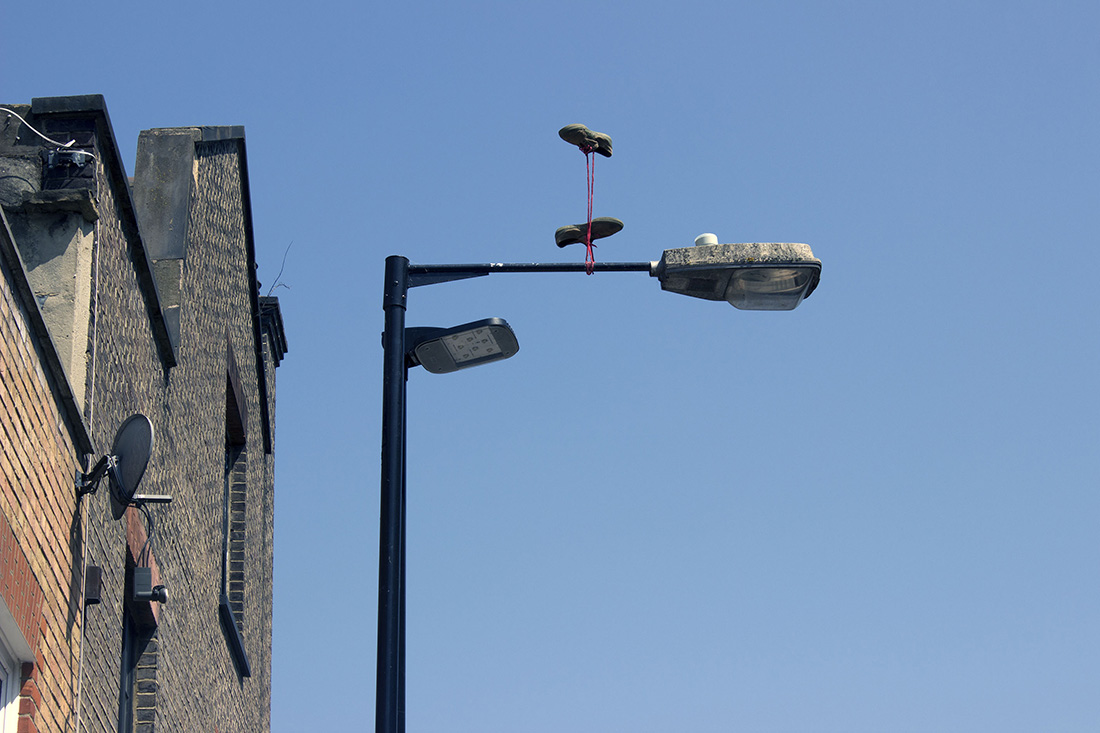 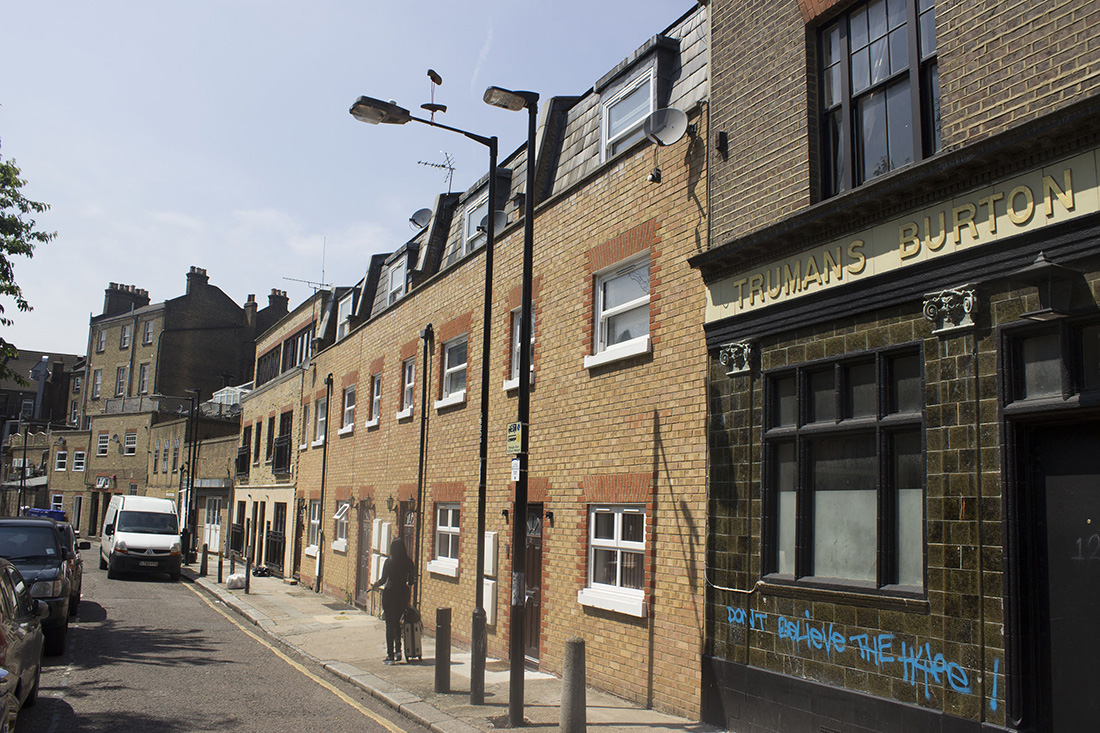 Over the years Pejac has built a reputation of an artist that sees the reality slightly different than the most of us. From using his surroundings as a background for his work to including elements of classic art as a punchline to some of his pieces, his clever creations always have a strong WOW effect. And these new pieces announcing the "Law of The Weakest" exhibition are no exception to that. By installing gravity defying old shoes on light poles etc, he plays with observers imagination and evokes the inner child. Simple, almost mundane, once noticed these effective works are induce the feeling of playfulness and even uninterrupted freedom. Though primarily dedicated to people that let their imagination drift away, and even more, to those who have forgotten to do so, they metaphorically point out on the state of the world being "Downside Up". —Sasha Bogojev