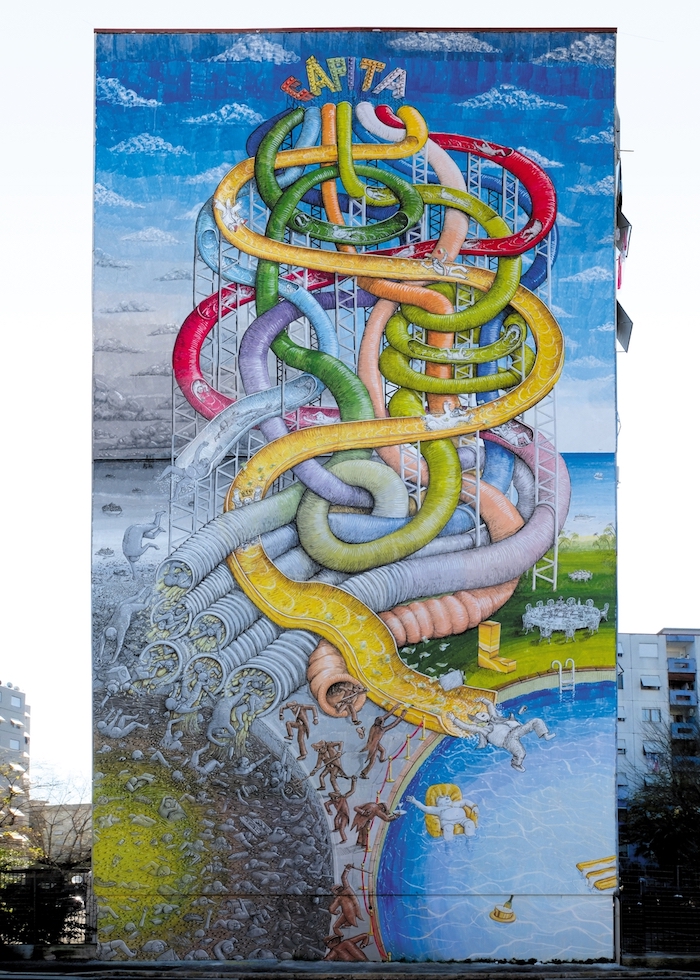 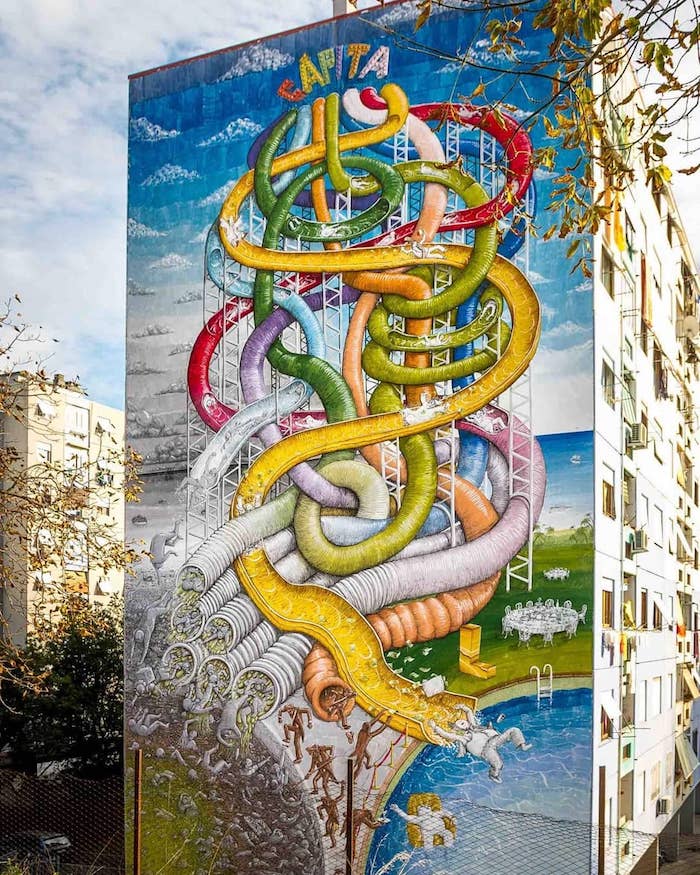 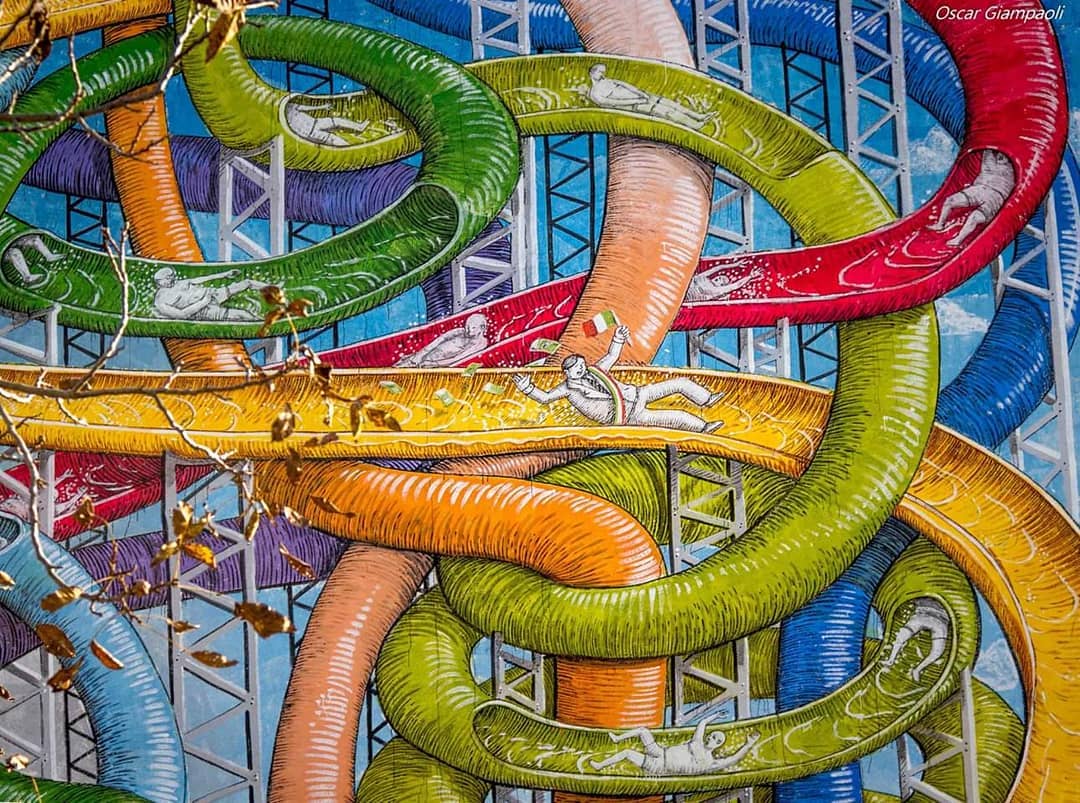 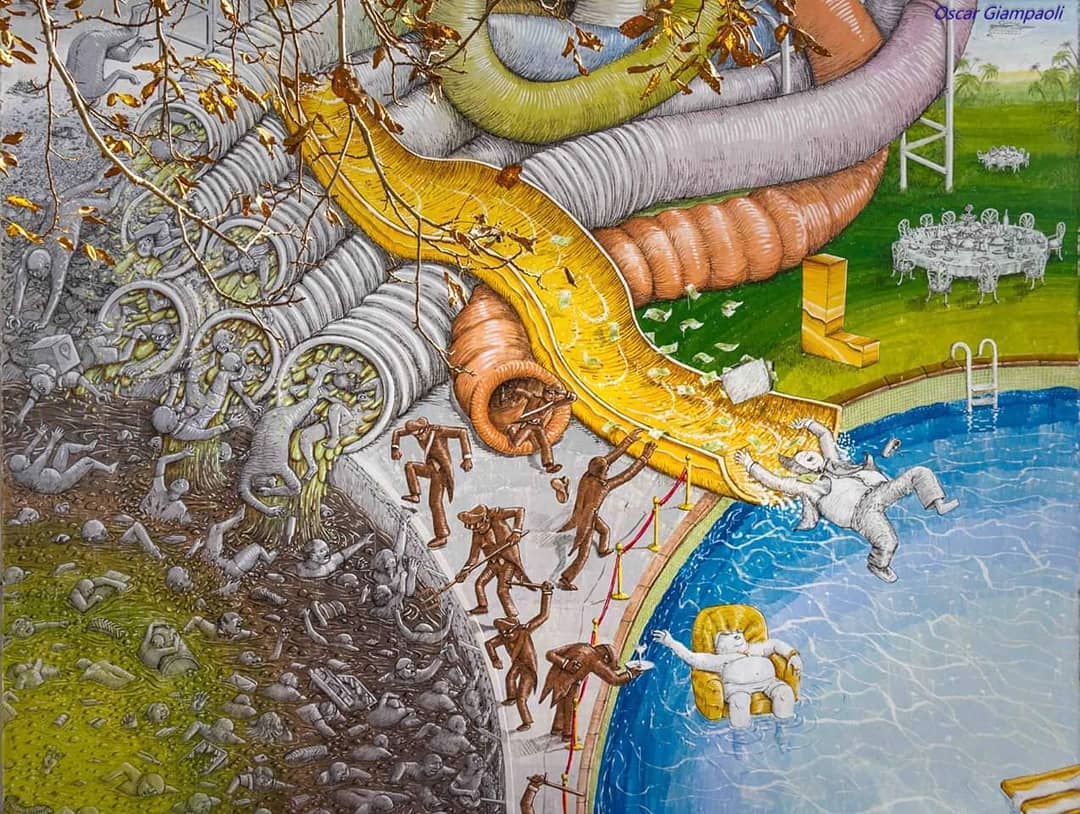 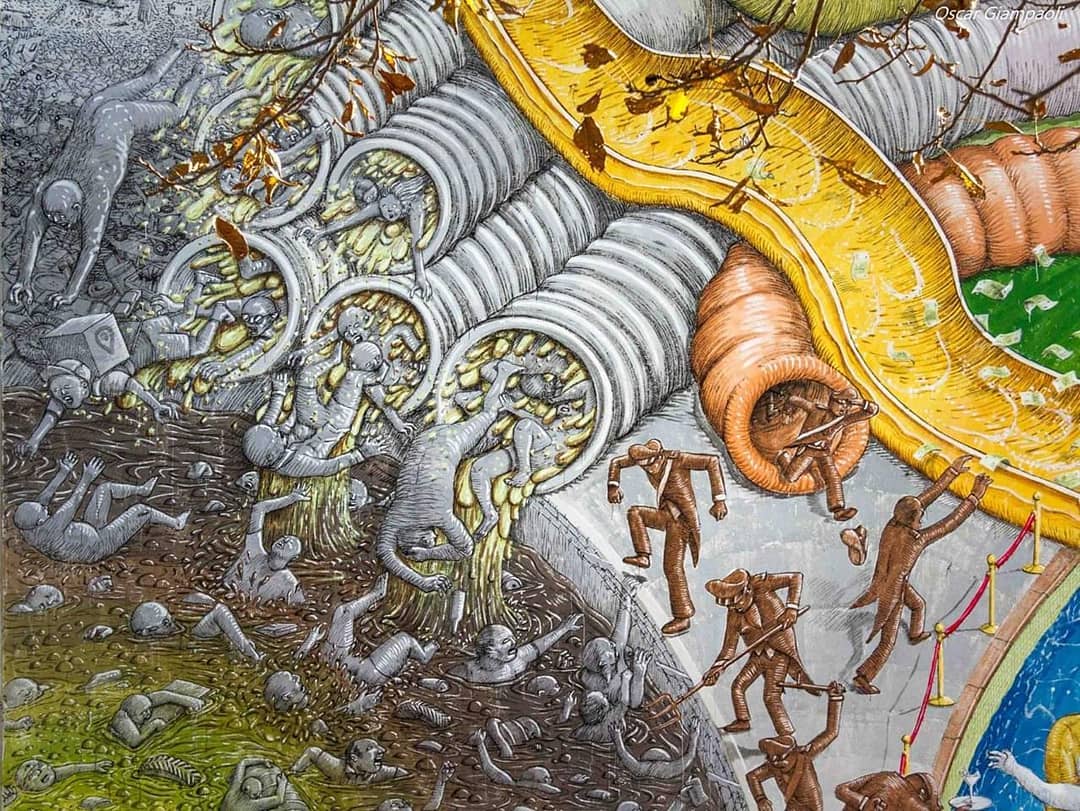 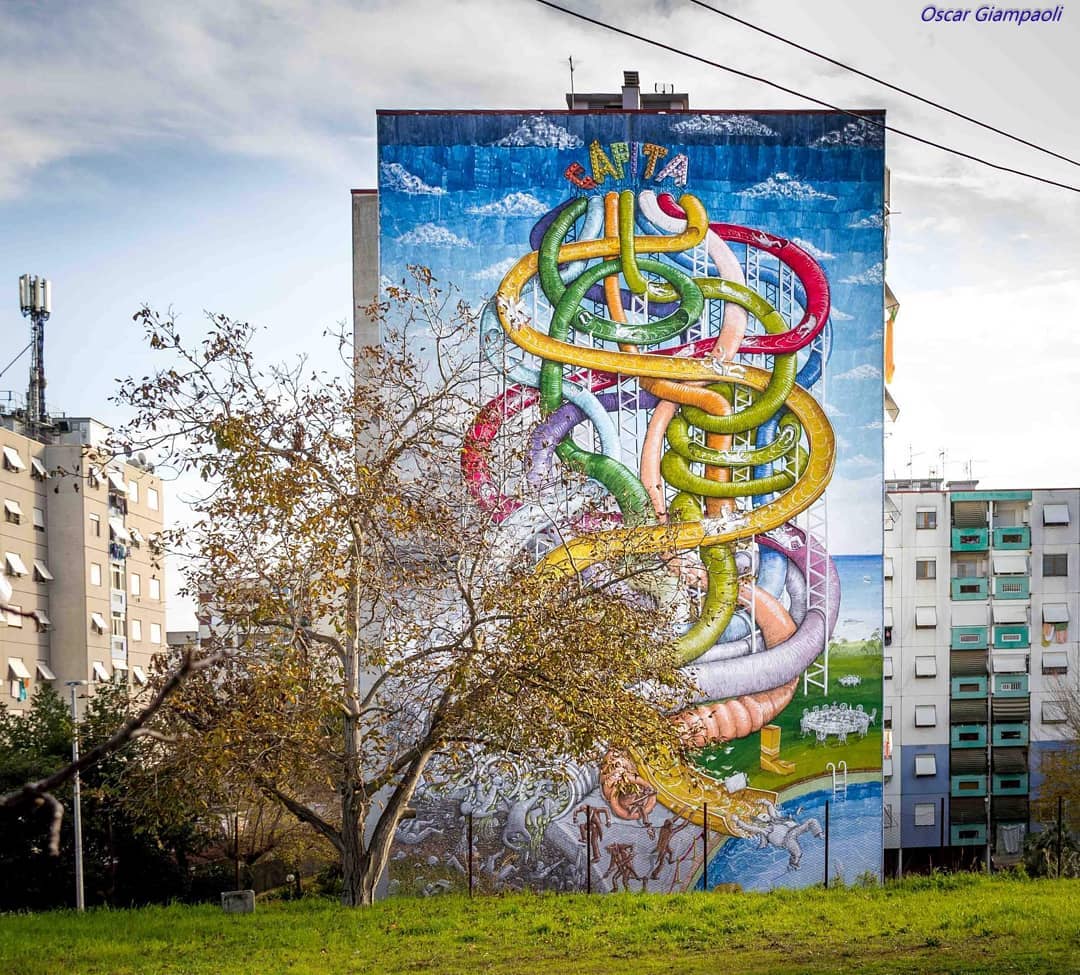 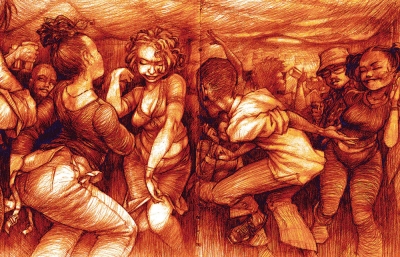 As it usually happens with the elusive Italian artist, Blu recently shared his latest monumental work he finished earlier this month in Rome. The project was organized and realized in collaboration with Comitato Mammut, a civic self-managed organization that works towards making the north-east area of Rome a better place for the locals.

Working on the ropes suspended from the roof of the 8 stories residential block, the artist spent a significant amount of time rendering another elaborate image that portrays the unjust capitalist system and its effect on common people. Titled CAPITA, the mural depicts a modern society as an amusement park attraction in which all but one slides are ending in somewhat of a cesspool. The one part that is leading to a shiny pool with clear water, dining table, golden sculpture, nicely trimmed green grass, and yachts sailing in the background, is the golden one that the likes of priests, politicians, and businessman are taking with great joy.

The rest of the crowd is taking other routes which all end in a toxic swamp looking section which continues onto the gray sea on which we see small boats cramped with people. In addition to this, the middle section that ends in a gut-like tube is reserved for brown uniformed people which are keeping the common folk away from the exclusive pool, and are also serving drinks to the privileged ones. Pretty straightforward and without any misleading metaphors, Blu once again presents his noncompromising attitude and vision of the capitalist society, police as the mechanism of control, and the ways capital rules the lives of everyone involved in it. The Comitato Mammut organization is currently running a fundraising campaign to buy a defibrillator and additional first aid kit for the neighborhood. —Sasha Bogojev