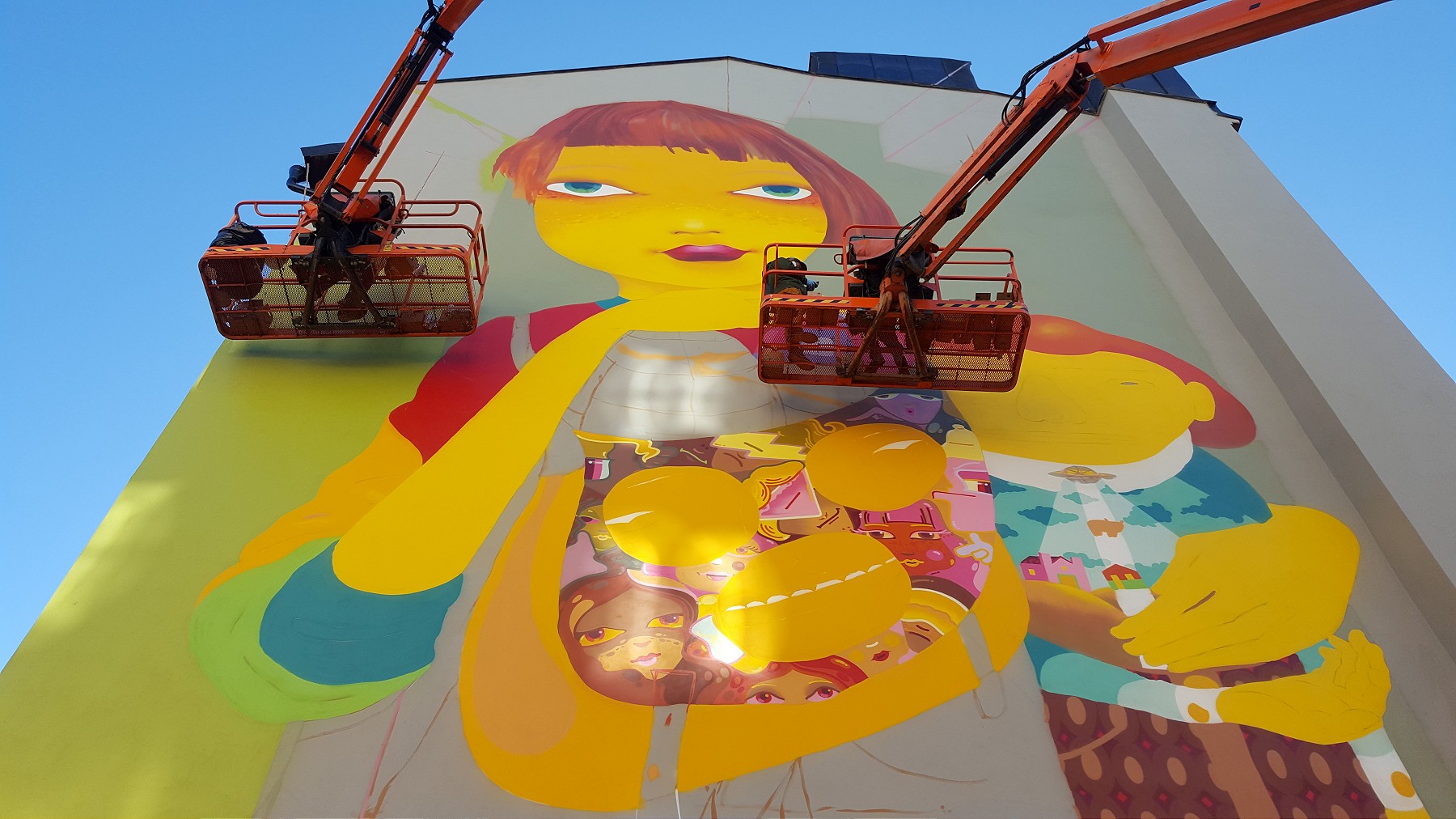 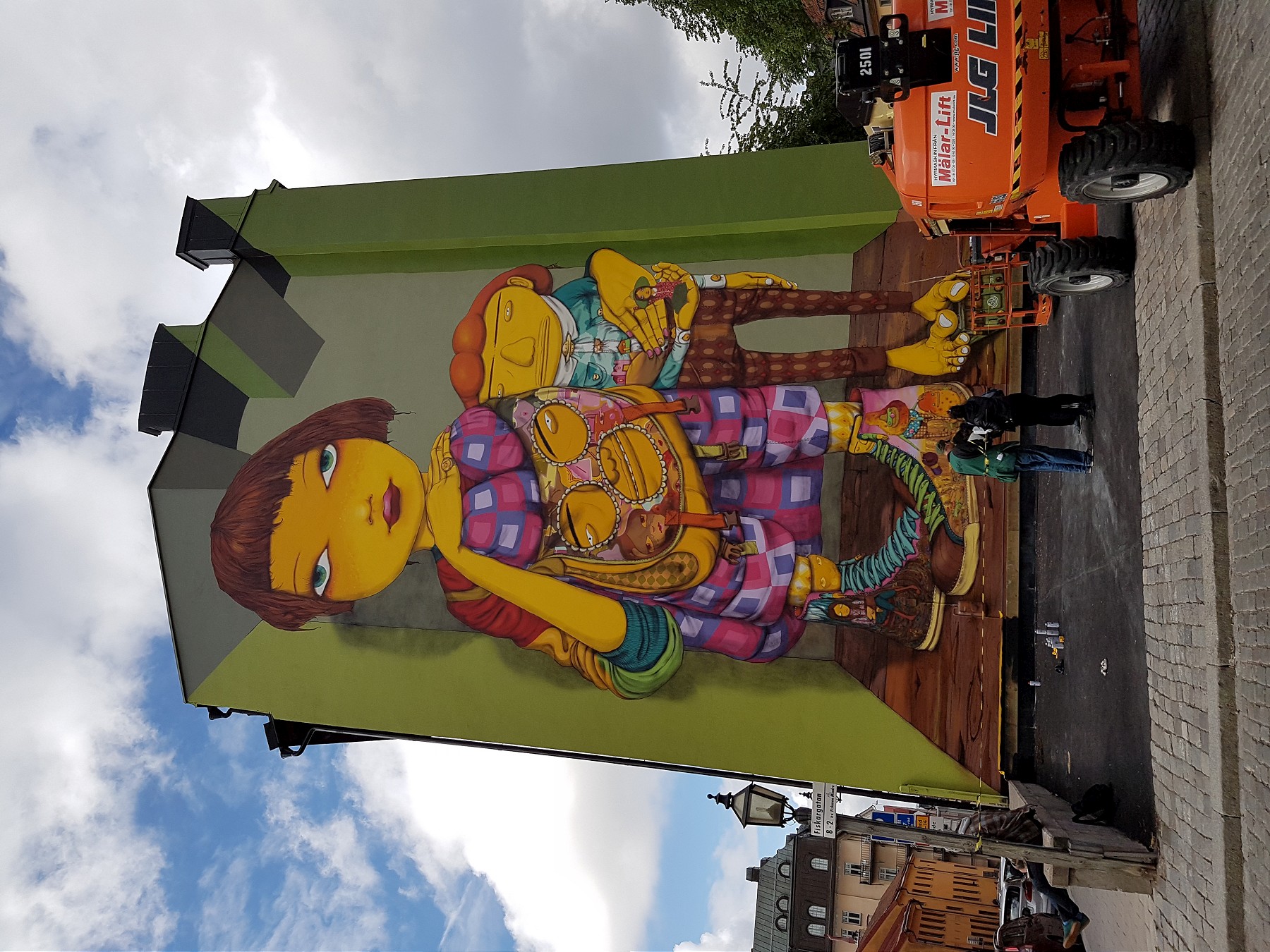 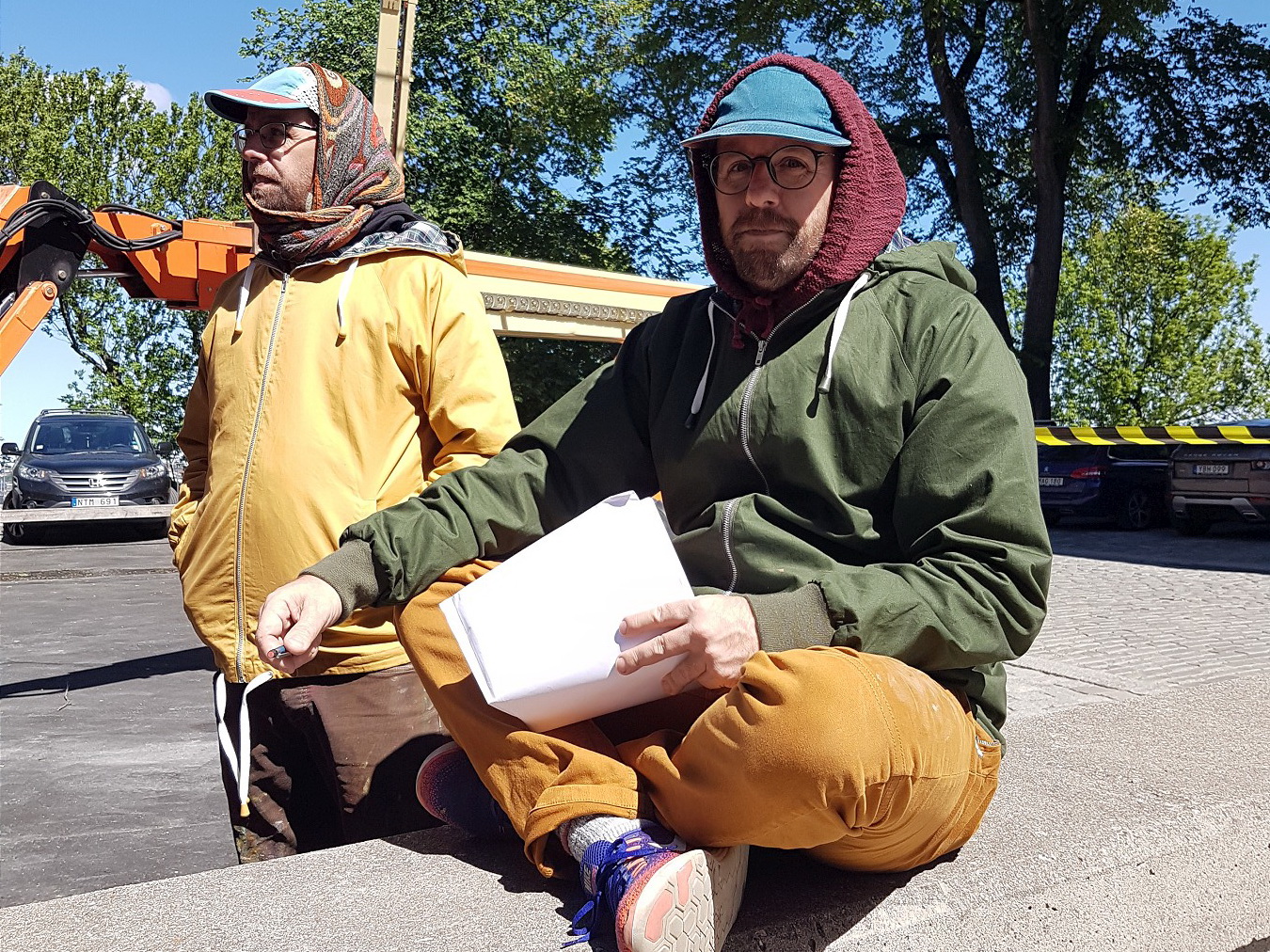 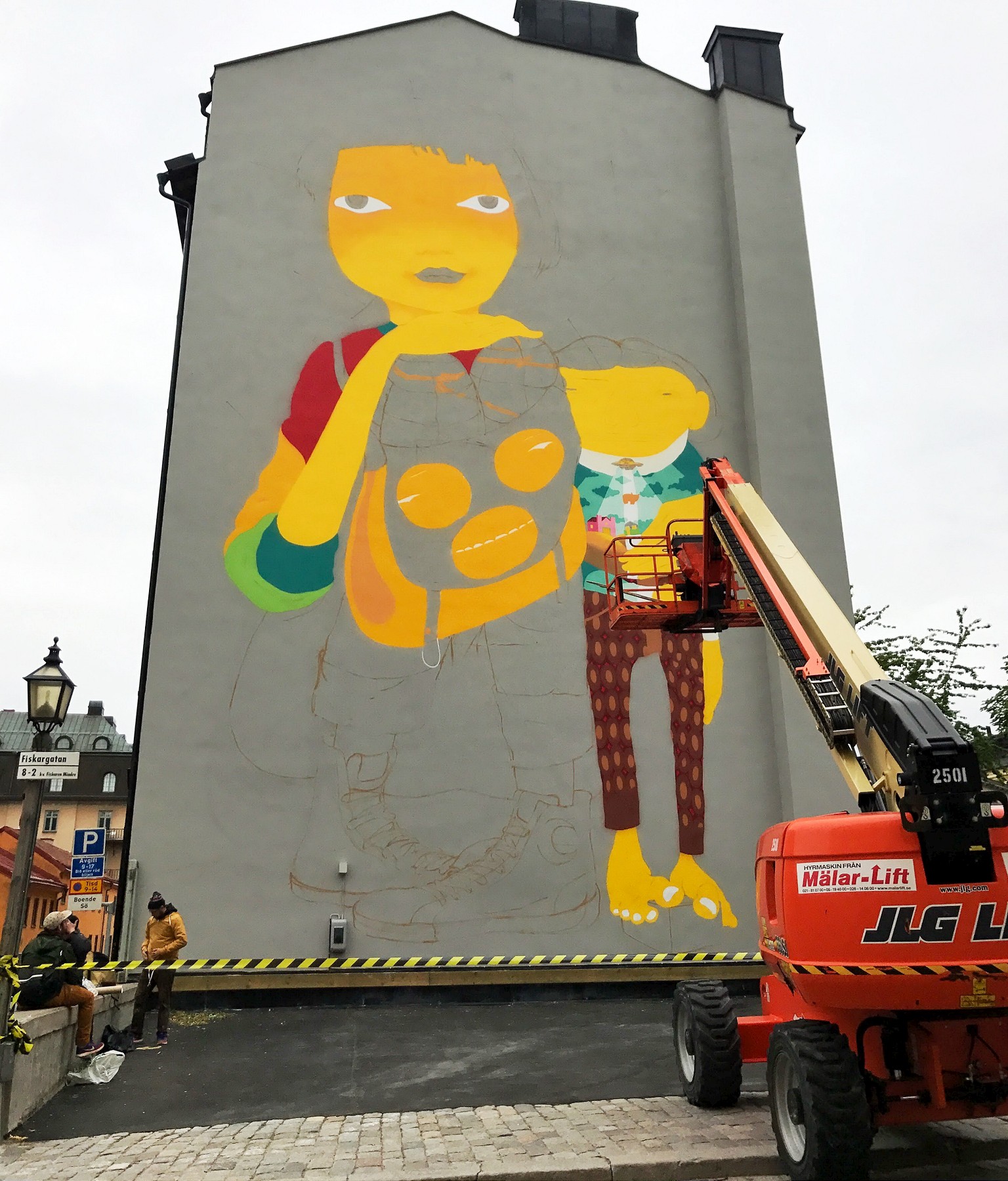 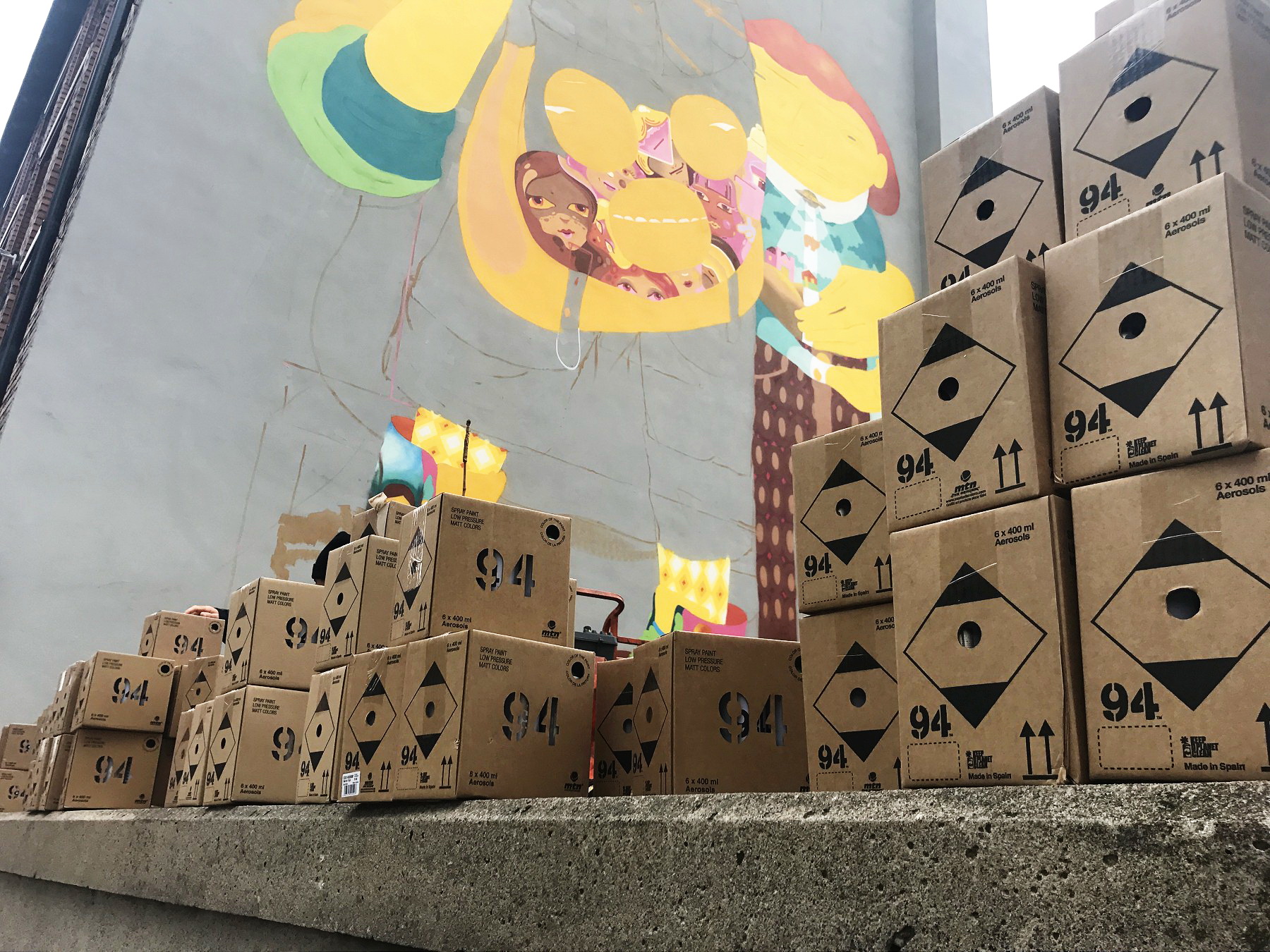 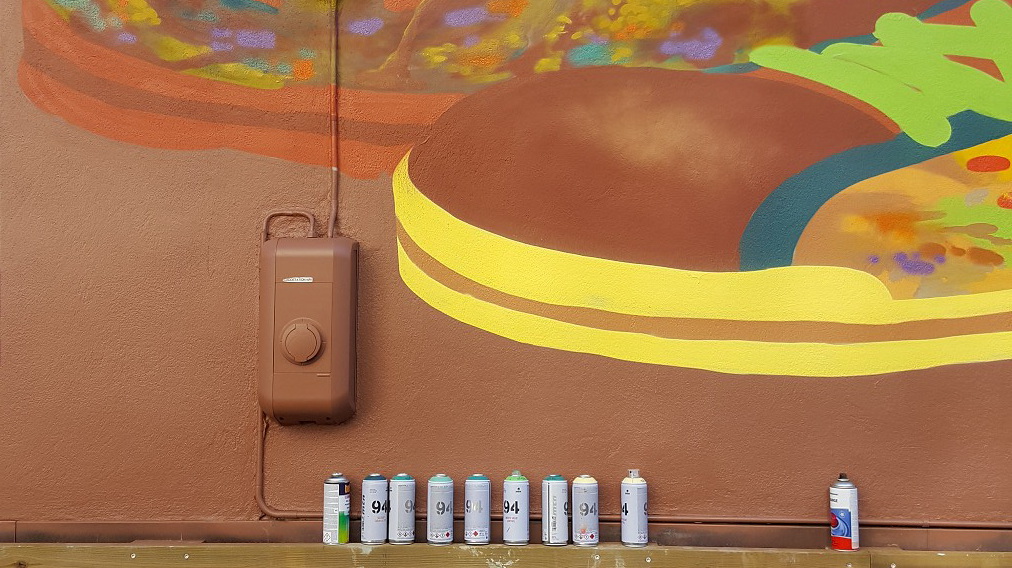 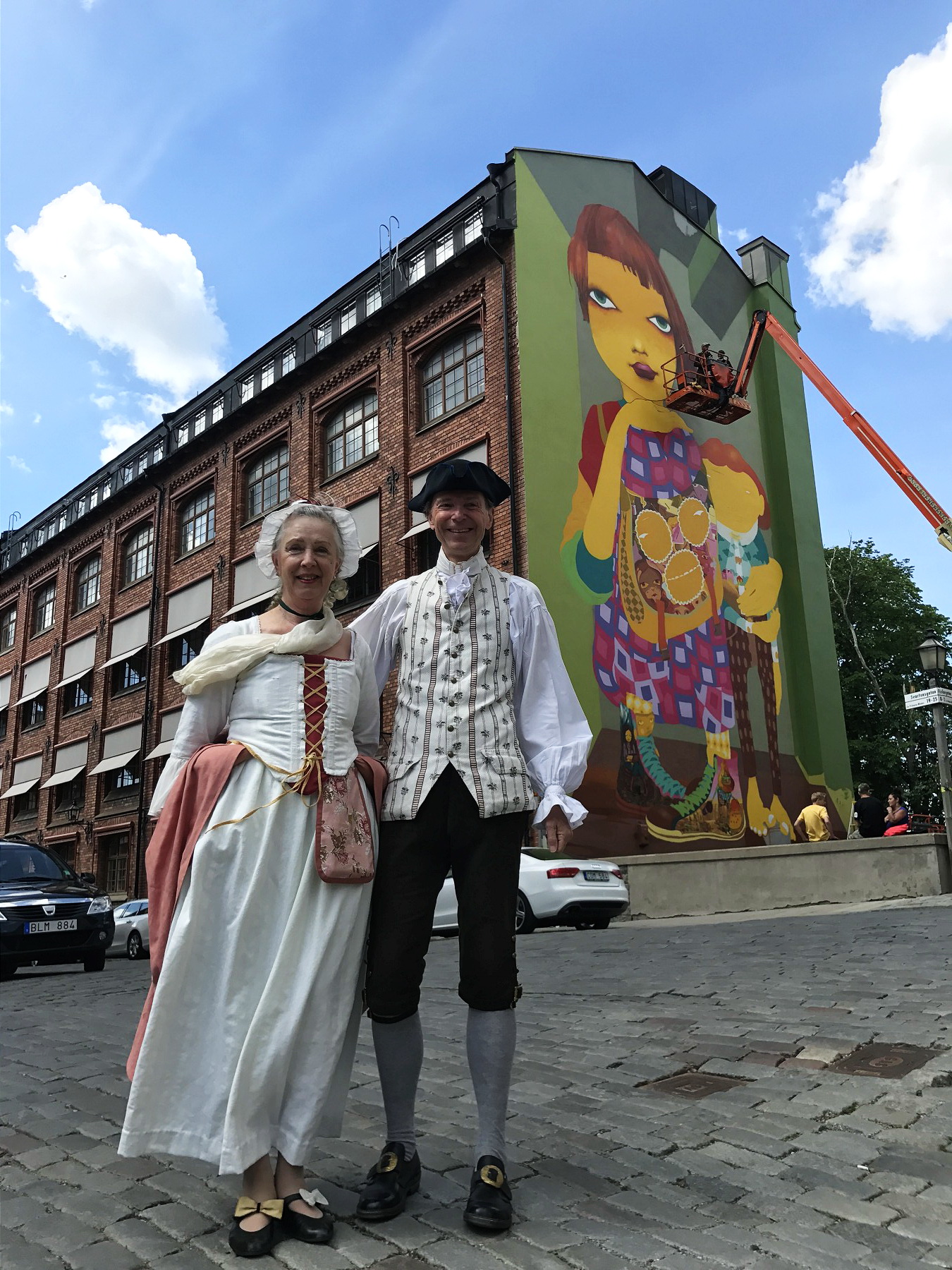 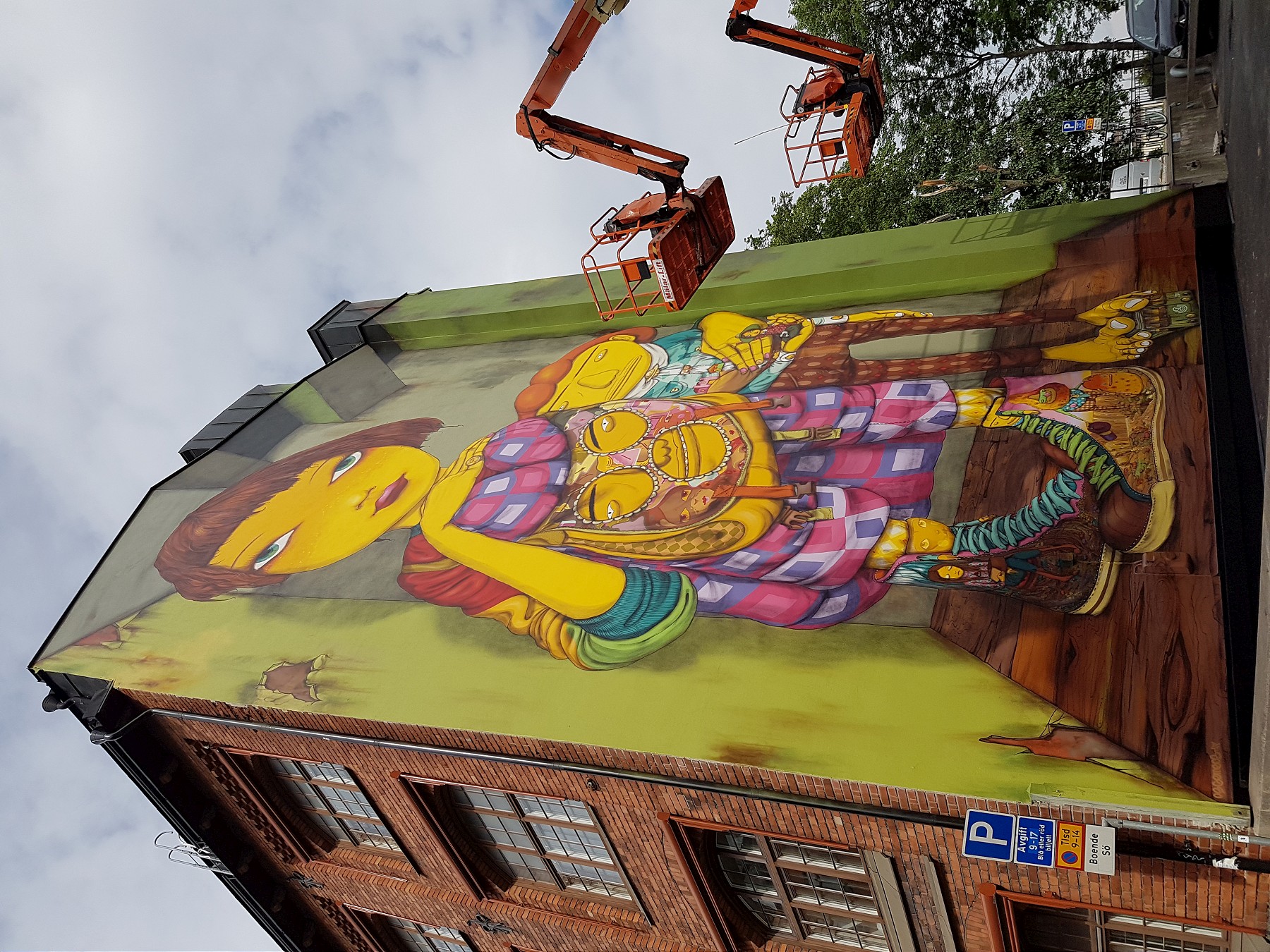 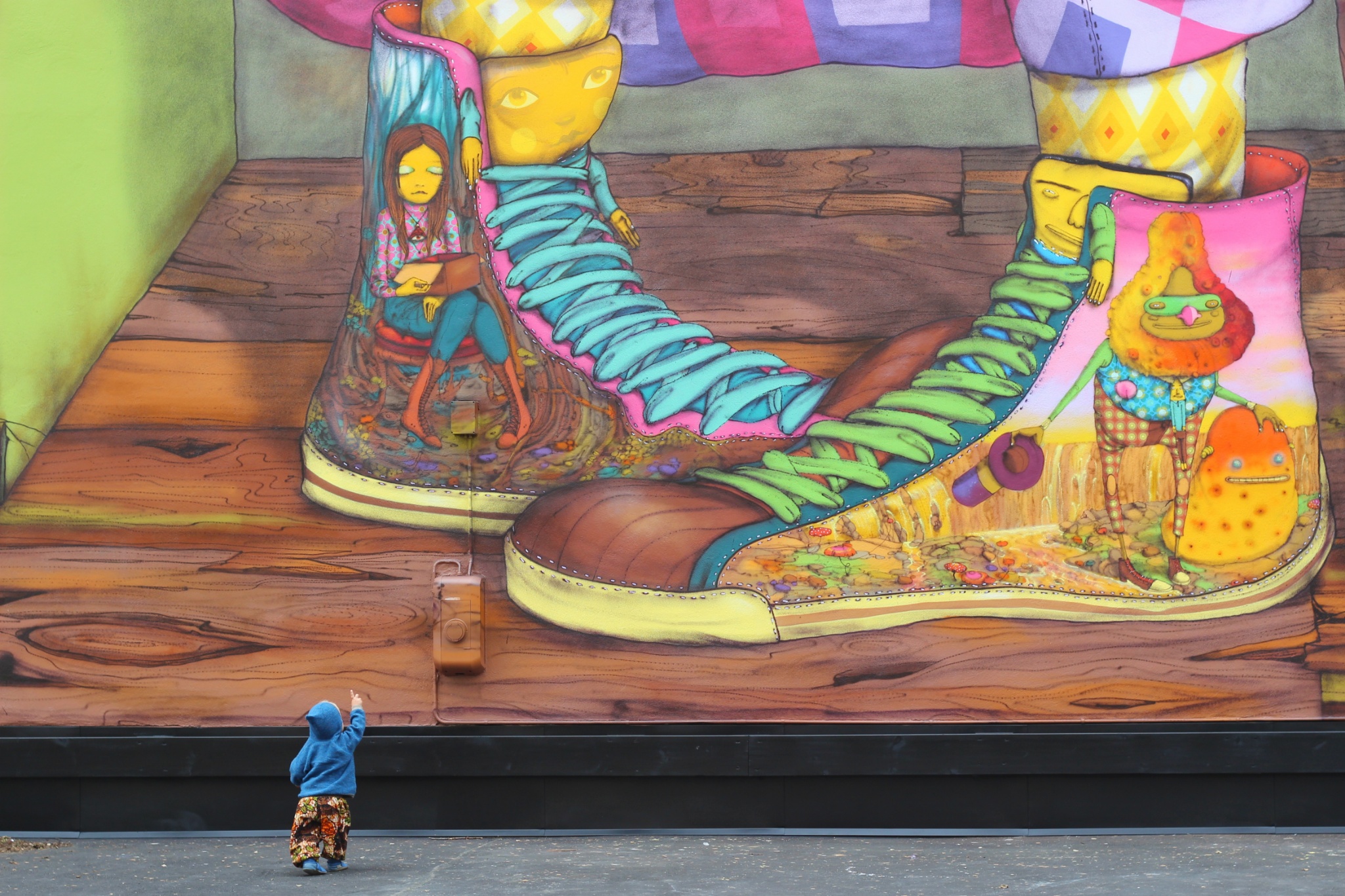 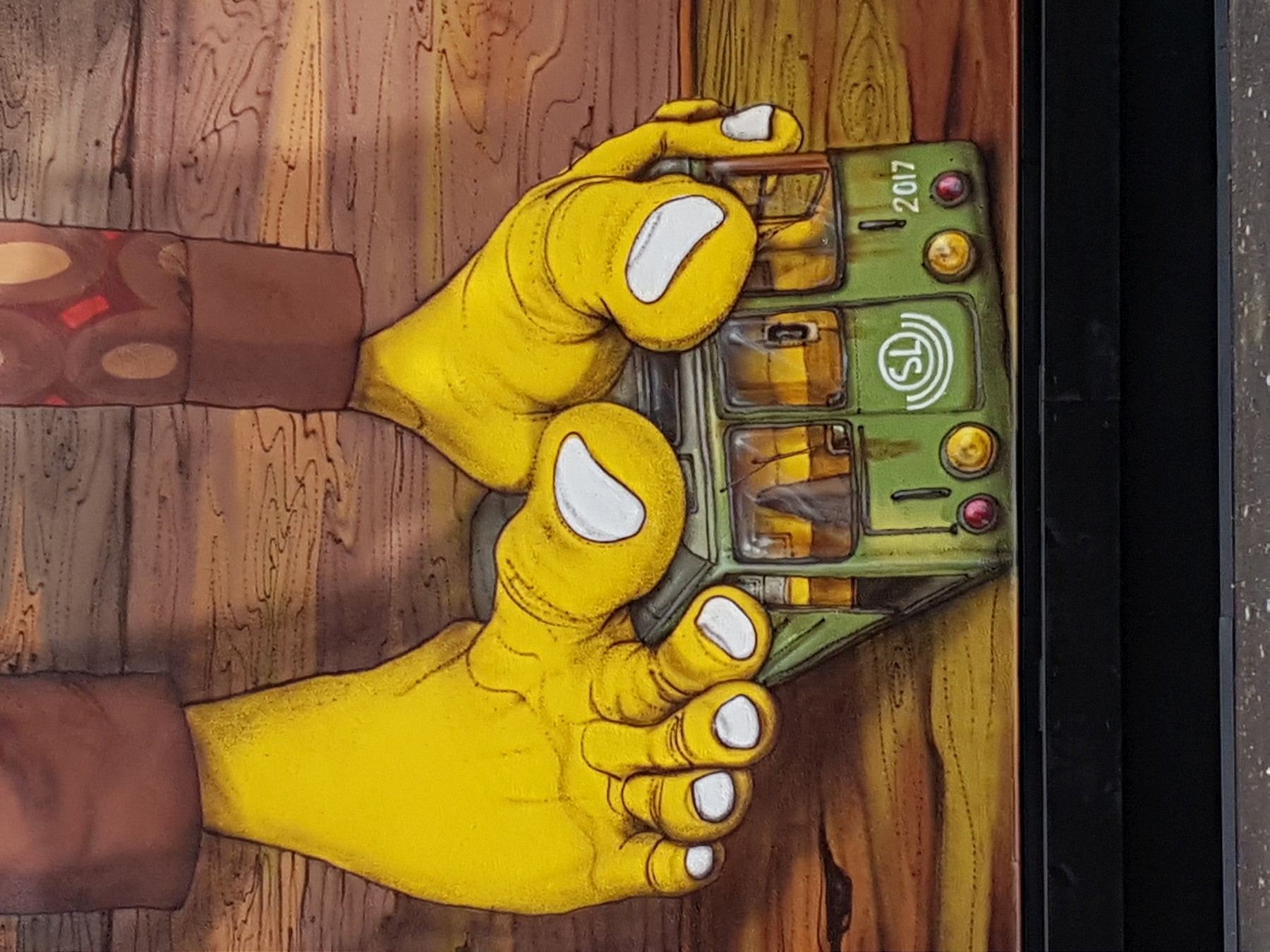 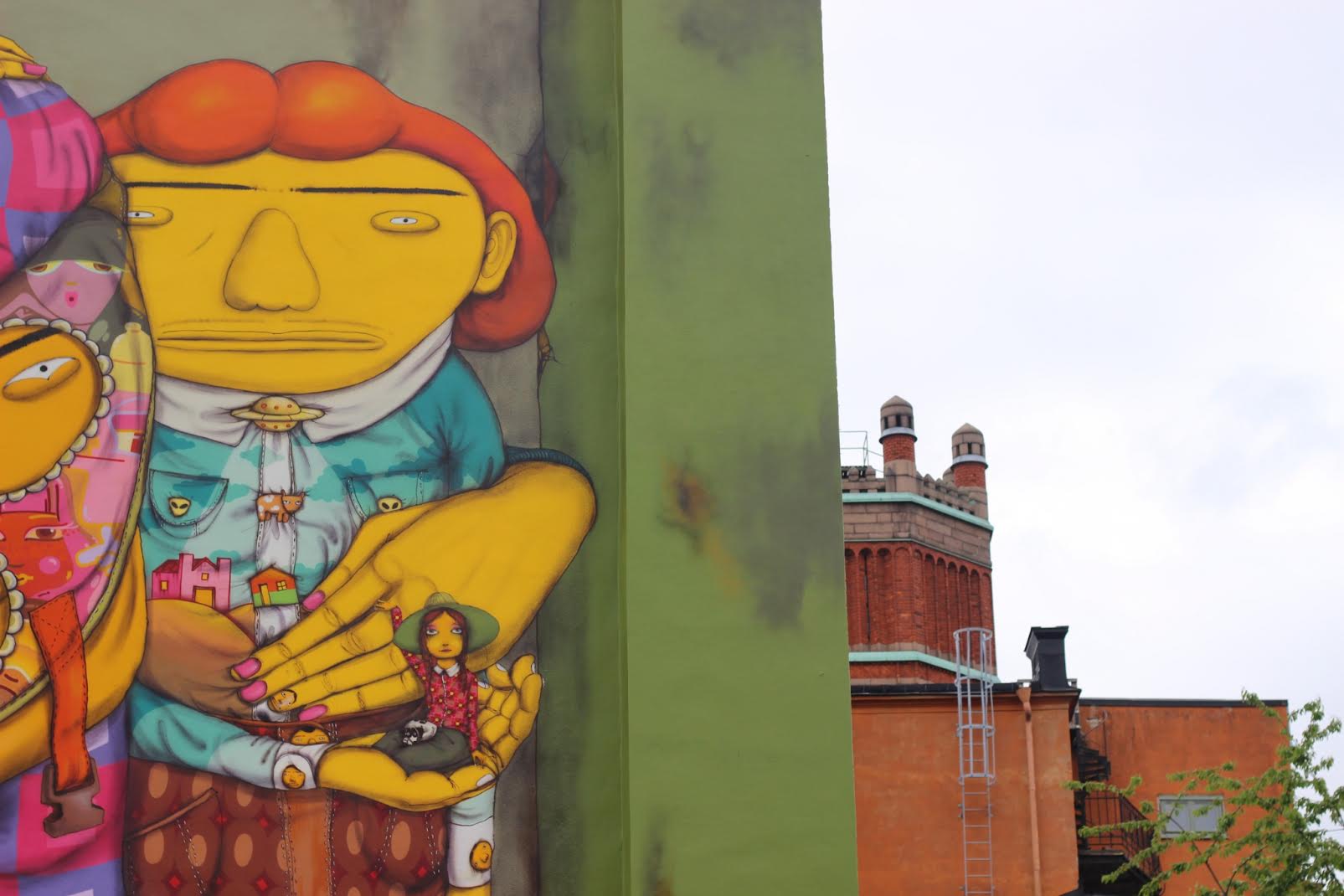 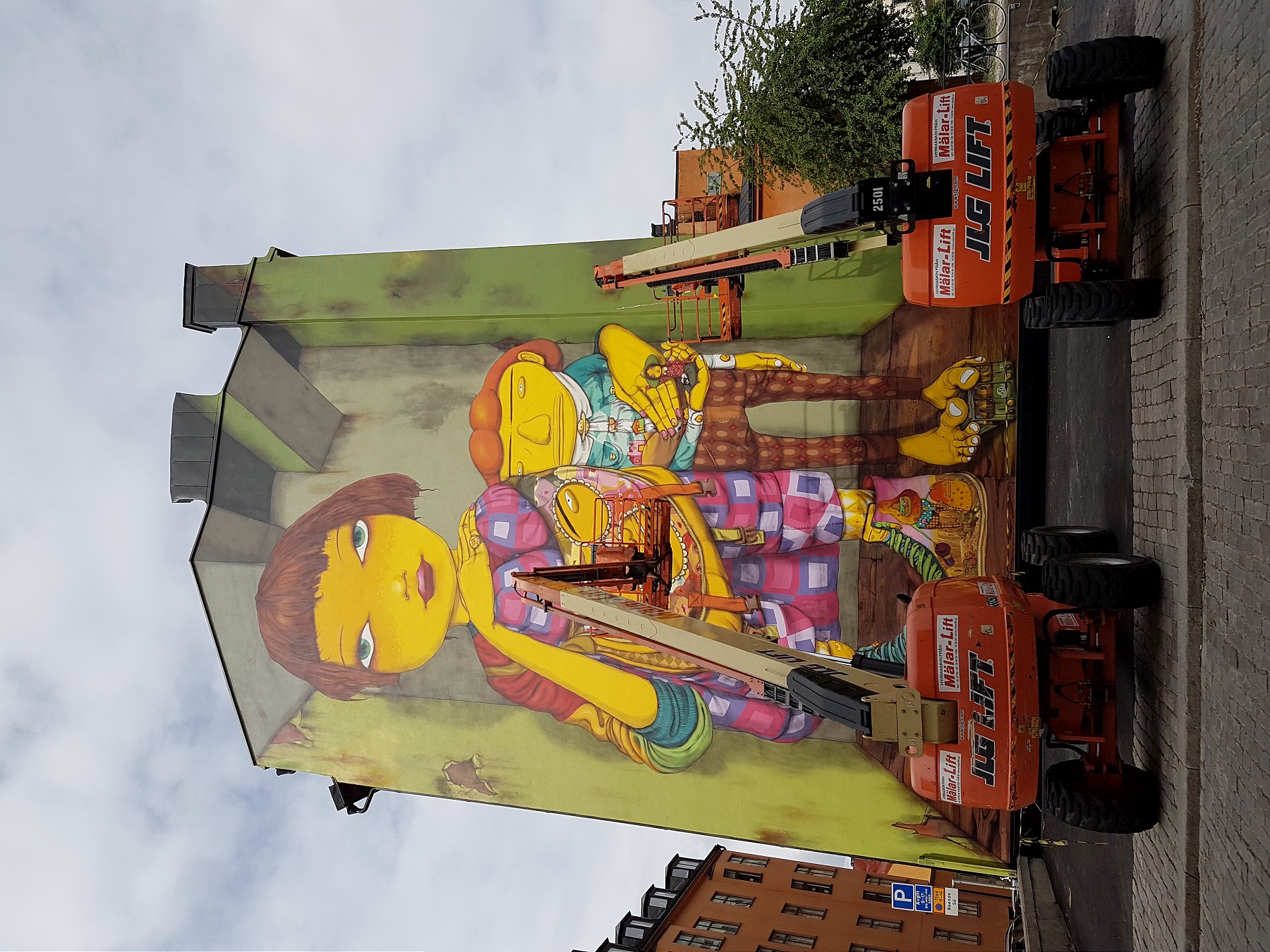 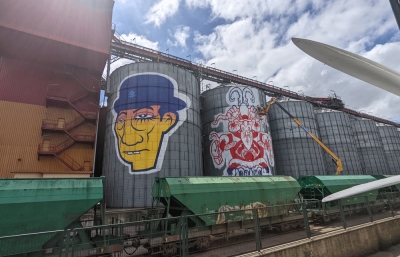 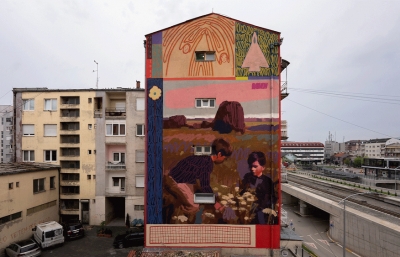 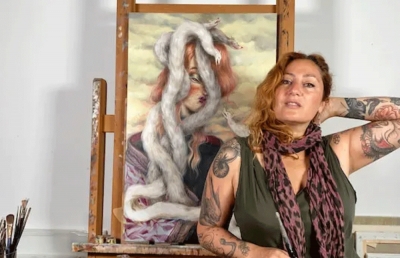 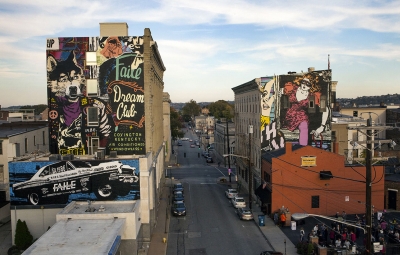 Earlier this month Os Gemeos started their European summer trip, something they've been doing pretty regularly in the recent years. The Brazilian twin brothers landed first in Stockholm where they painted a large new mural that was organized and curated by the local Graffitiförmedlingen (Graffiti Agency).

The piece carries a special significance both for the artists and the city as it's the first official mural of Stockholm since the 1970s. The city \council of the Swedish capital had a zero tolerance towards anything graffiti related for over 20 years, and even though the policy was removed two years ago, it wasn't until this year that the Stockholm Mayor economically backed such a project. Aware of the importance of this occasion, Gustavo and Otavio Pandolfo, aka Os Gêmeos, made sure they created something special. Using the buildings structure as a frame of their work, the artists created a simple illusion of depth as the background for the image. Within this space they placed their signature yellow characters that were accessorized with their recognizable and recurring symbols, patterns and imagery. From phantom mask/messenger bag over a subtle nod to graffiti train bombing, all the way to a nod to their beloved dog Pinky, the finished mural is a classic Os Gemeos piece that shows the raw power of their endless imagination, massive talent and years and years of spray painting experience.— Sasha Bogojev