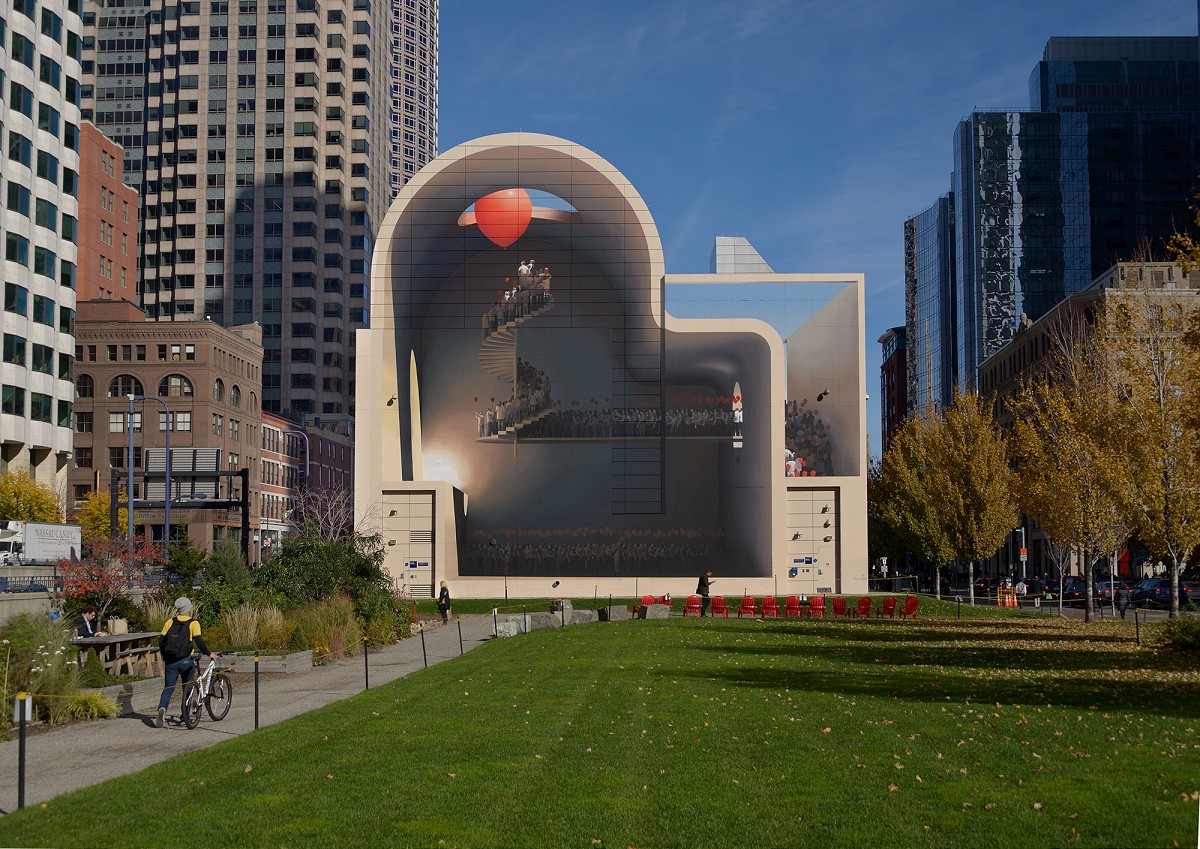 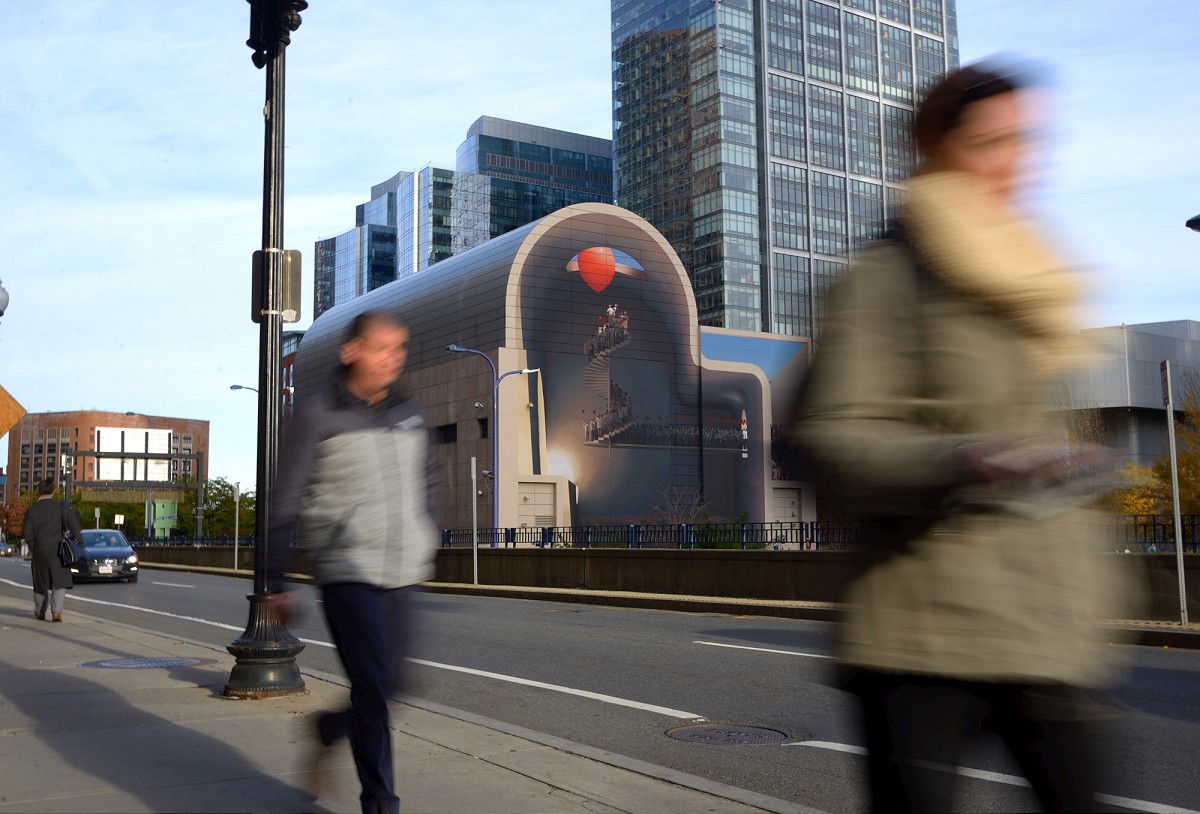 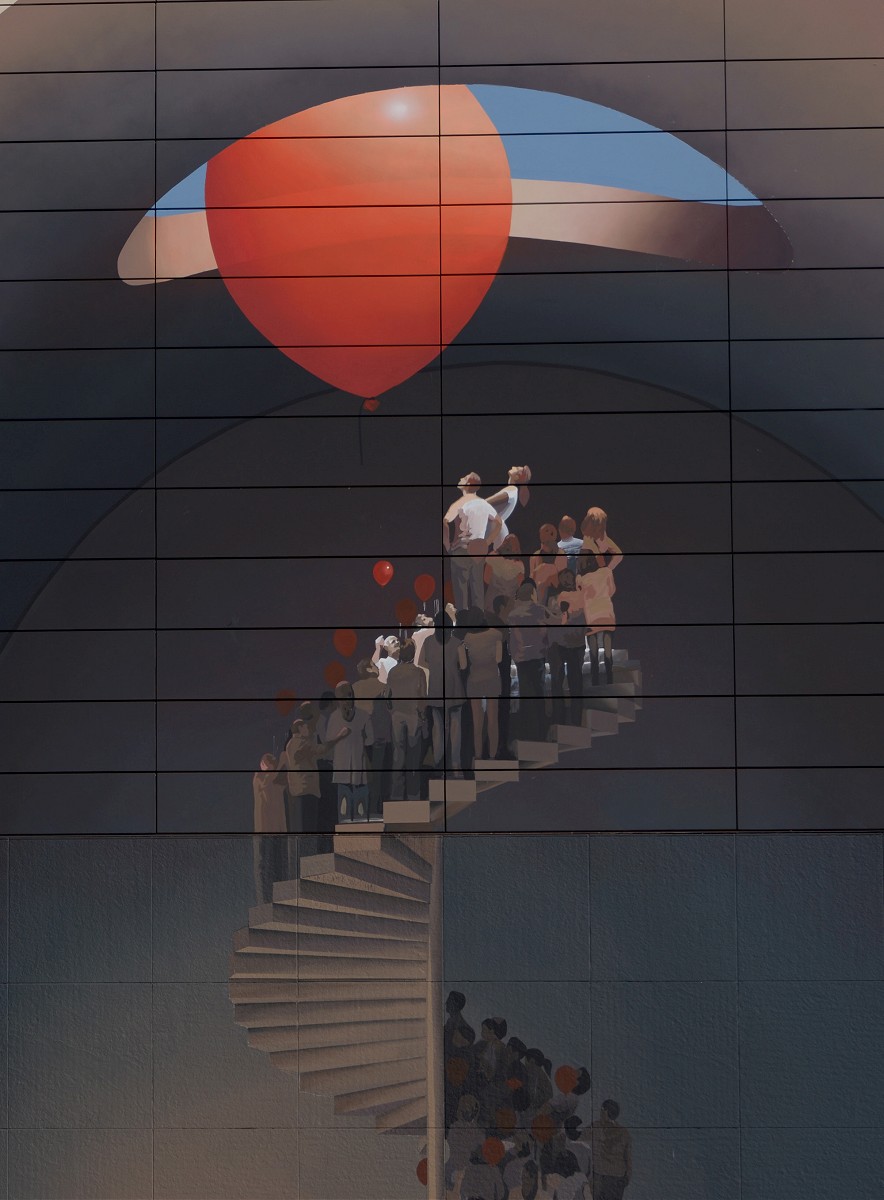 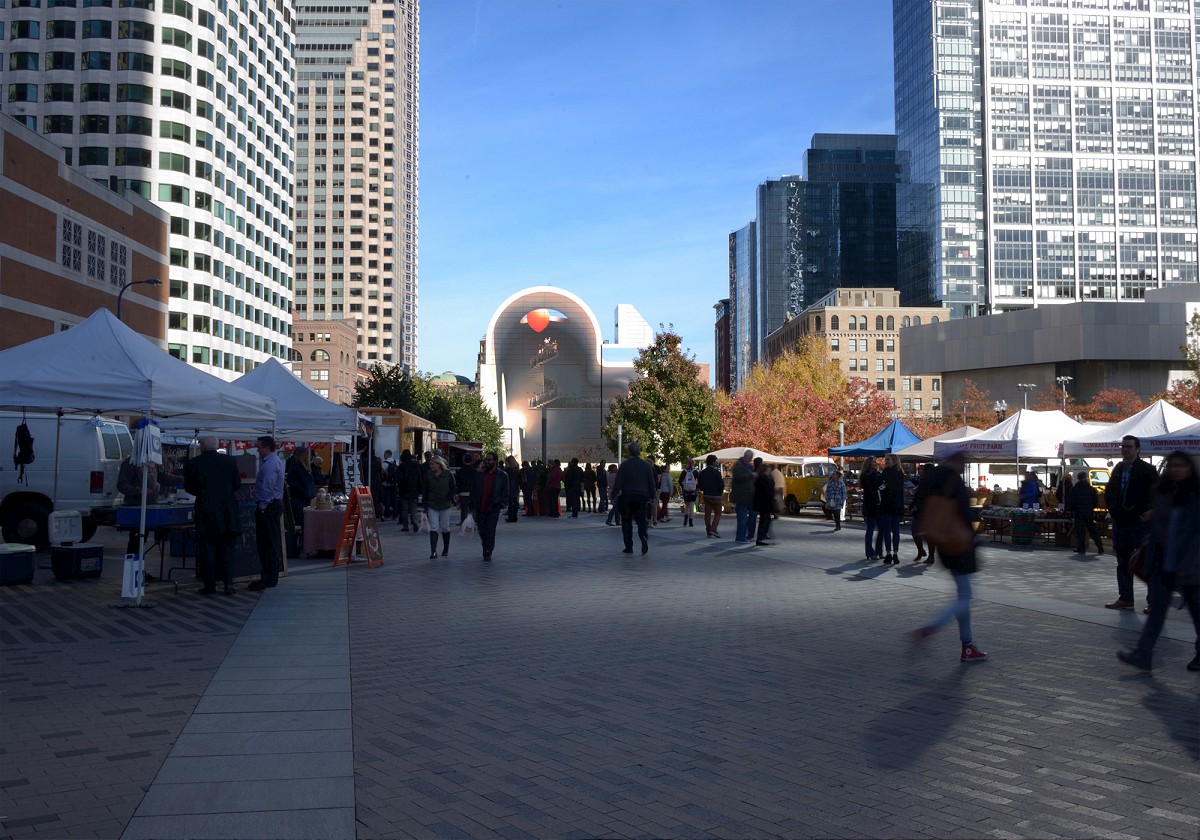 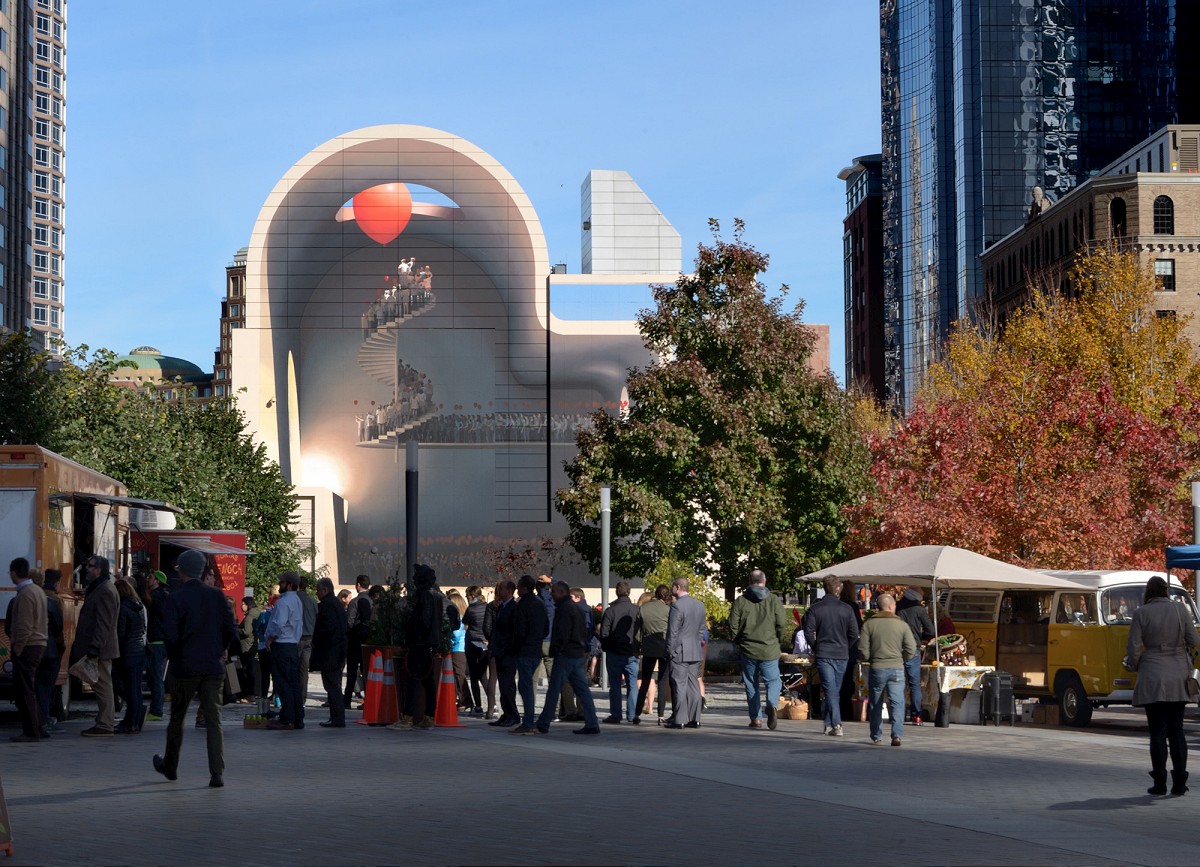 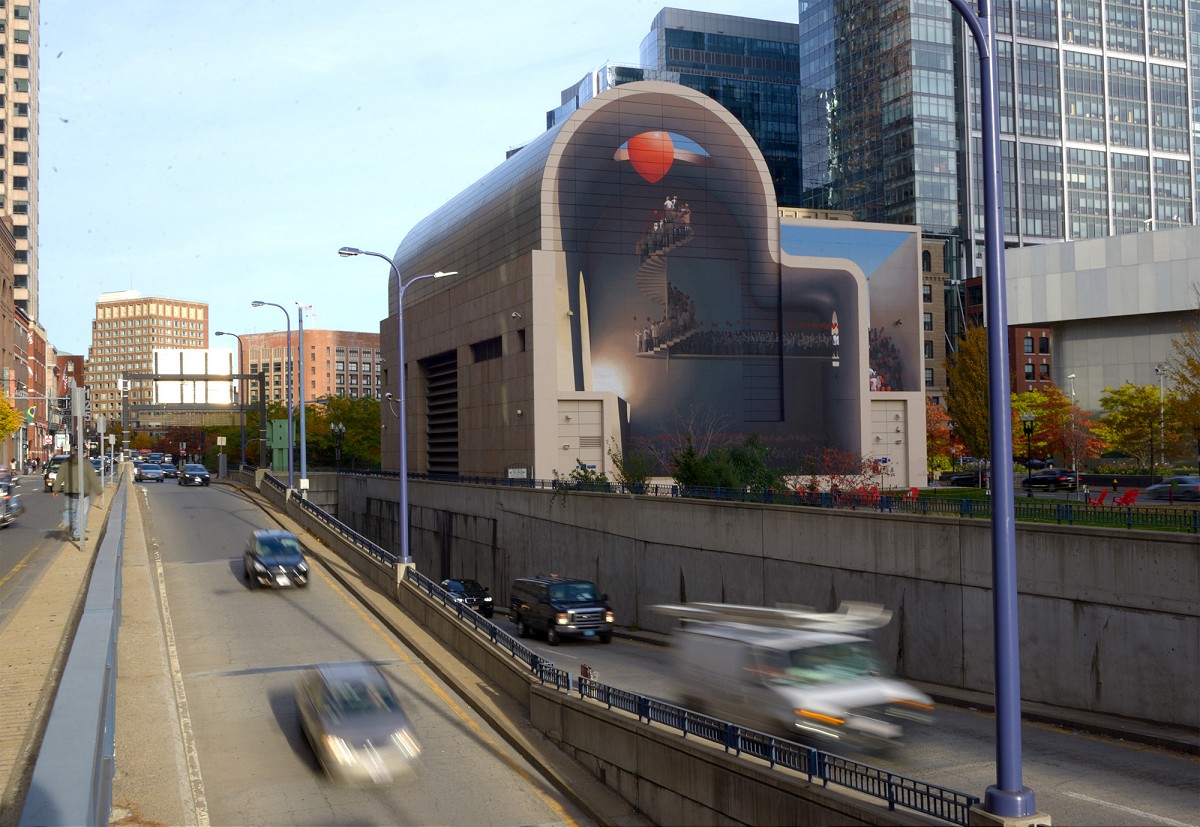 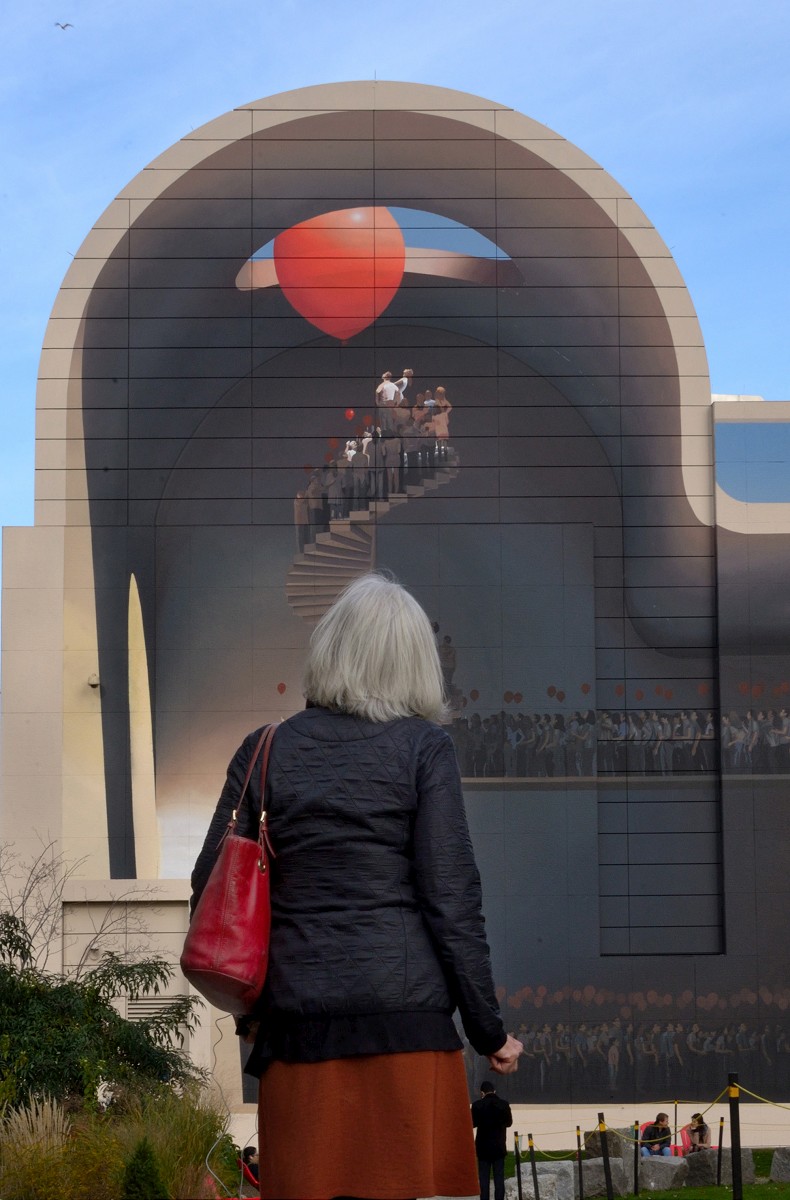 One of Iran’s most known public artists, Mehdi Ghadyanloo, recently completed a major public commission in Boston for the Rose Kennedy Greenway project. Following Shinique Smith in 2014 and Os Gemeos in 2012, the Teheran-based artist painted "Spaces Of Hope" at the renowned 5,230 square foot Greenway Wall as part of their prestigious public art program.

Born and raised in Iran, Ghadyanloo grew up on a farm during the Iran-Iraq war. This experience greatly influenced his work in which he creates utopian and philosophical spaces that speak of fear, hope and loss. Using symbolism, metaphor and narration, he aims to create a dialogue between the people and his work, blending it as an essential part of their urban environment. After painting over 100 murals throughout Tehran between 2004 and 2011, Ghadyanloo started painting internationally, and this most recent project has a huge significance not only for him personally, but for the relations between Iran and the US.

As the first artist to have been officially commissioned in both countries since the 1979 Iranian revolution, the importance of his "Spaces Of Hope" is almost immeasurable, especially given the current political climate in the US. Drawing inspiration from time spent in Boston and his upbringing in Tehran, the mural carries a universal message of hope through an effective visual illusion painted on a monumental scale. Using the building's unusual shape as essential part of his work, the artist created a surreal scene with rooms, corridors, staircase and countless life-size figures involved in it. With a red balloon as an universal sign of freedom as well as dreams and aspirations, this effective masterpiece speaks of hope, fear and uncertainty of the future. On technical level, the mural cleverly plays with light, shadow, and architectural elements, creating a meaningful and striking work that both blends with its surroundings as well as stands out as a new landmark for the area. —Sasha Bogojev