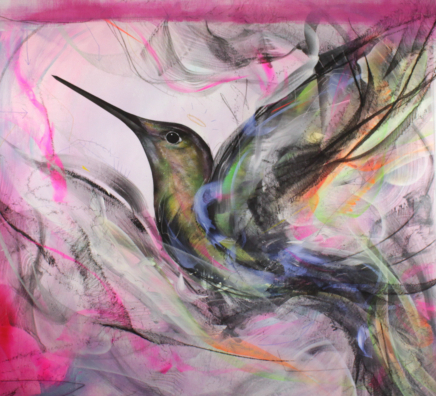 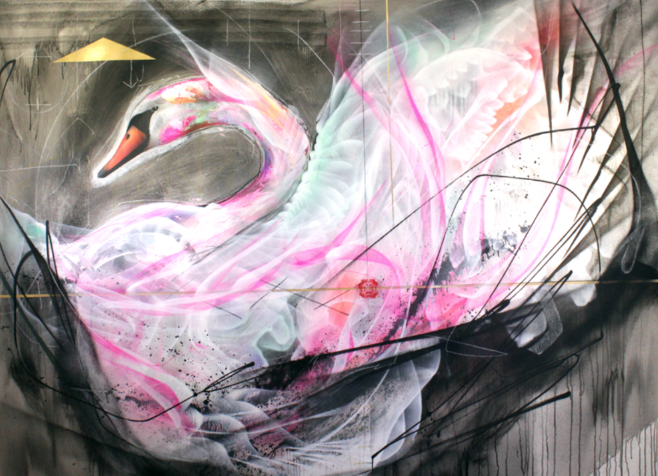 Brazilian street artist Luis Seven Martins, aka L7M, will be travelling to Montreal for his first Canadian solo exhibition at Station 16 Gallery. The vernissage will be held on Thursday November 17th. L7M is best known for his mesmerizing murals often depicting birds built up in layers of brightly colored spray paint. Having been working with the medium from a young age, L7M has a very distinct style and his murals can be seen all around the world. For this inaugural Canadian exhibition titled Eleutheria, L7M will be showcasing works that represent both Canadian and Brazilian birds. Eleutheria, an Ancient Greek term for liberty, plays on the dichotomy of birds that have been caged and then set free. All works of art in the exhibition depict birds in dynamic states of flight: a hopeful celebration of freedom.

In addition to the exhibition, which will run from November 17th until December 10th, L7M will be creating a mural at the W Hotel in Old Montreal. The unveiling of this work will take place on the evening of November 19th at the W Hotel during a 5 à 8 apperitivo celebrating the one year anniversary of Ê.a.t. Restaurant. Être avec toi blurs the boundaries of art access by offering its clients art right on their table. Halfway between a gallery and a restaurant, the pieces made by 15 Montreal artists become furniture and waiters become artistic mediators.

L7M will also be working on Le Mini (the small mural above Station 16 Gallery) starting on November 15th.