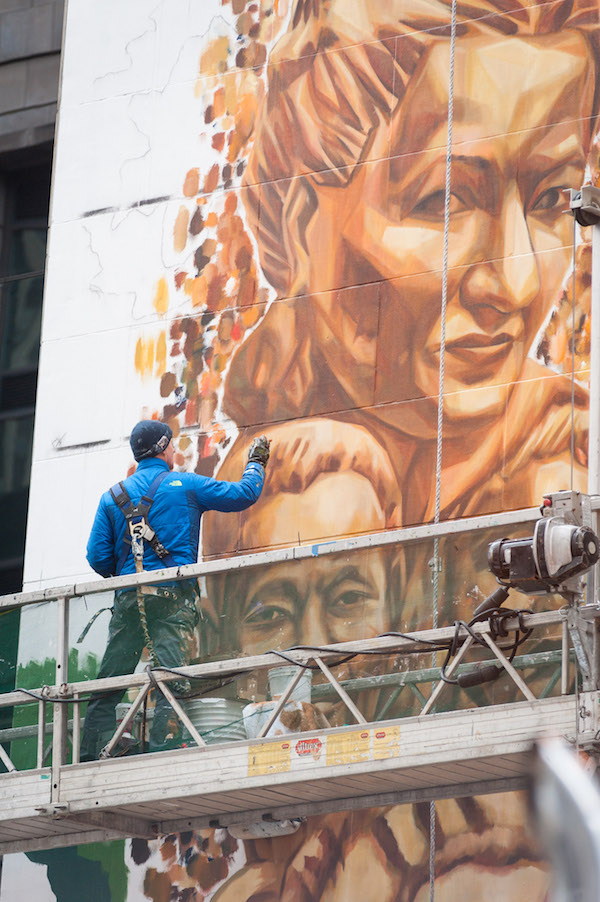 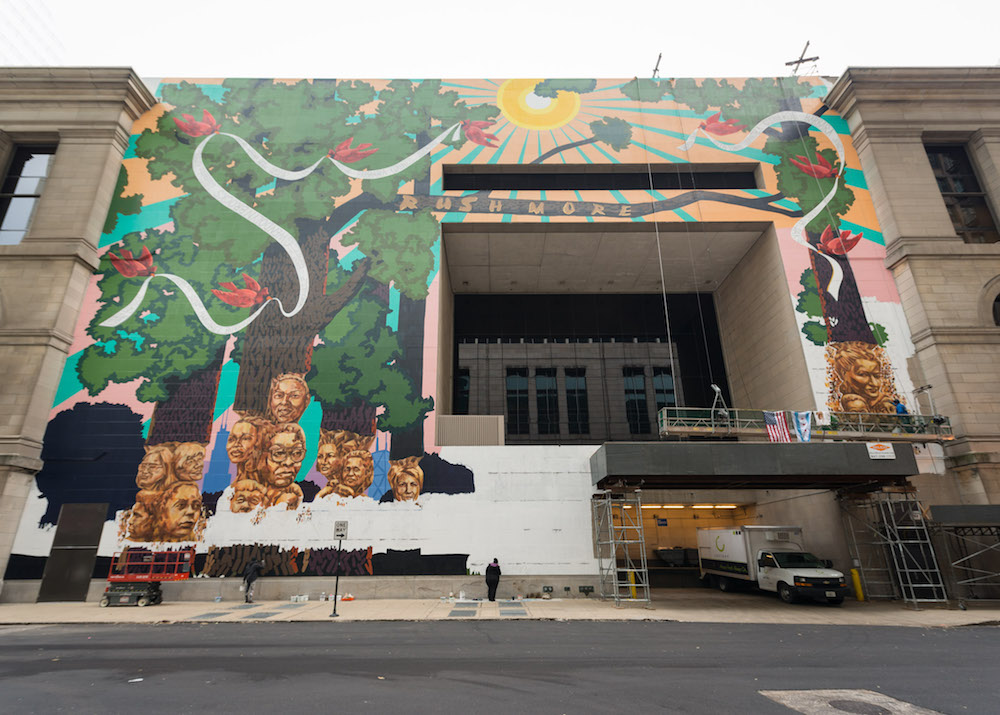 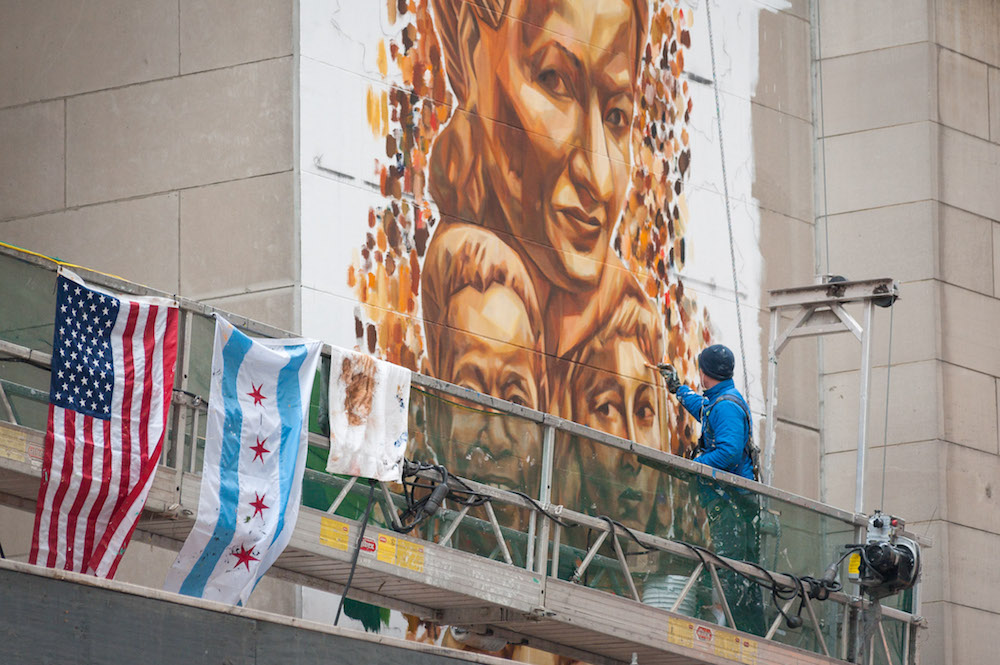 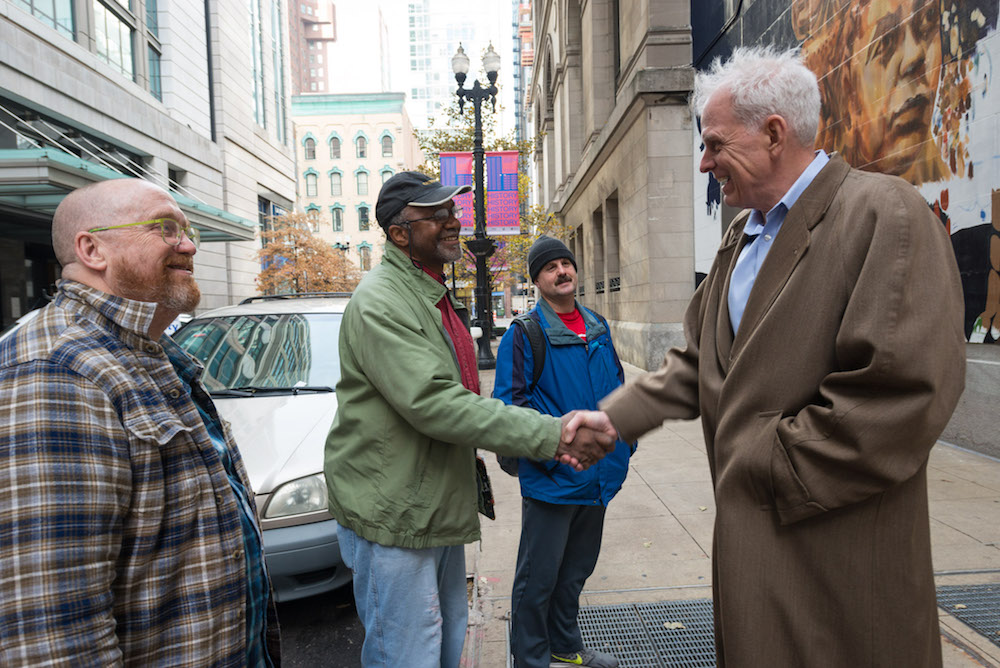 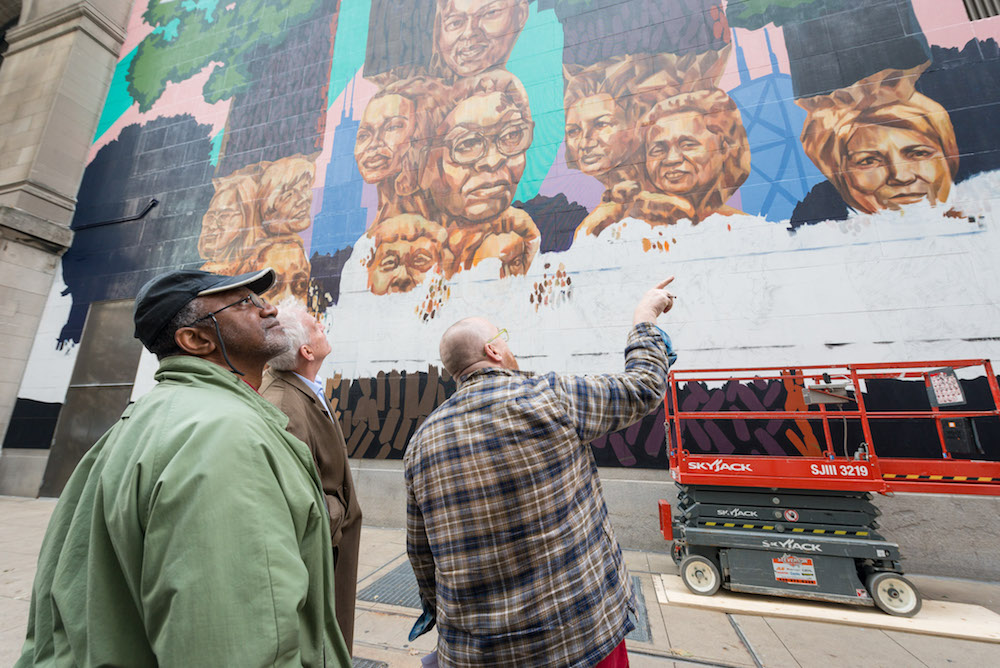 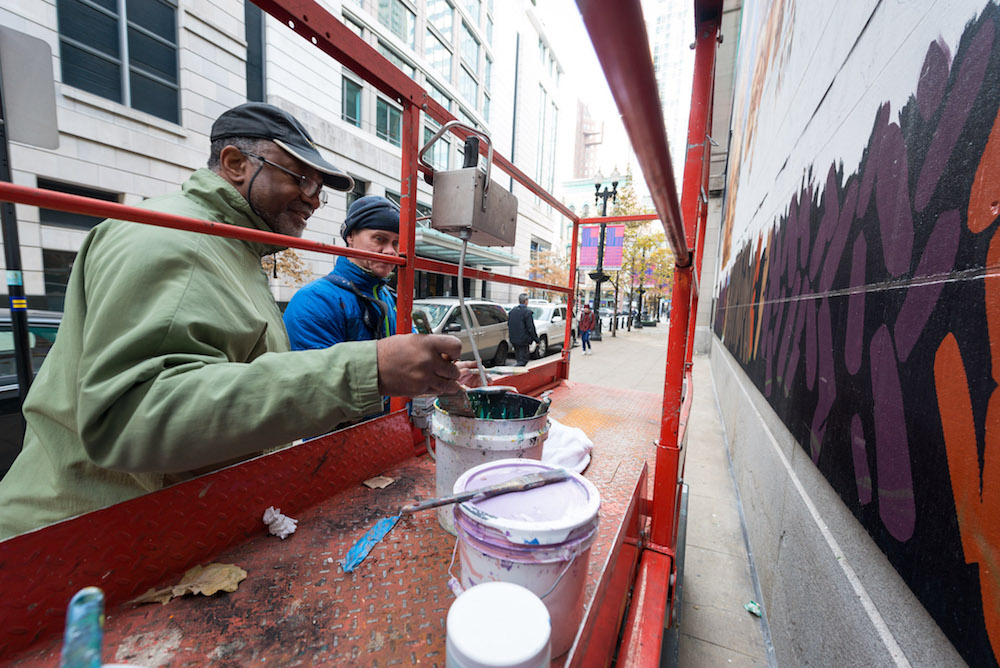 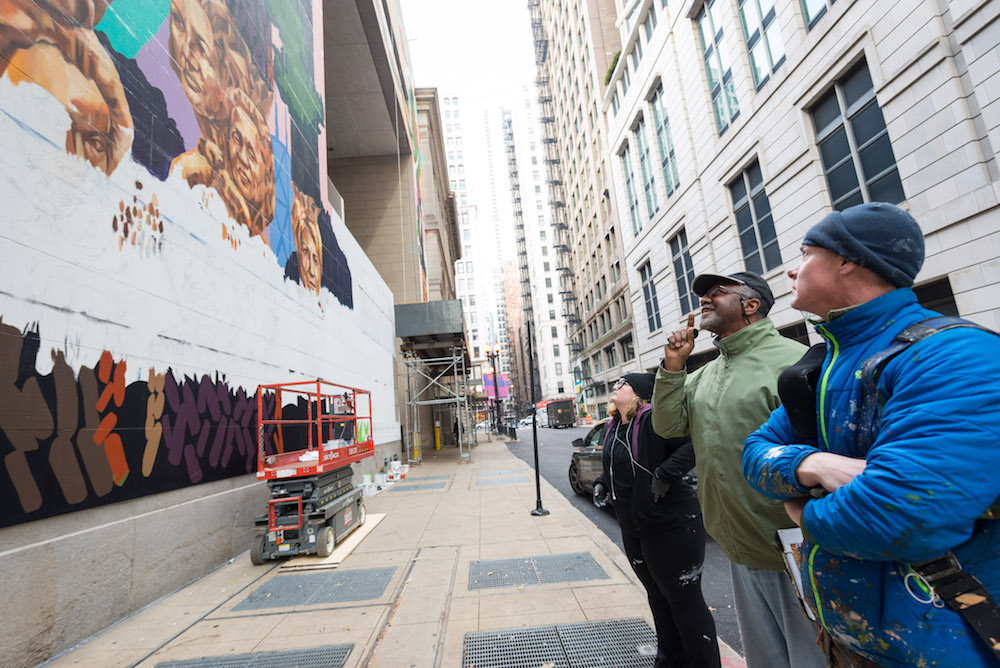 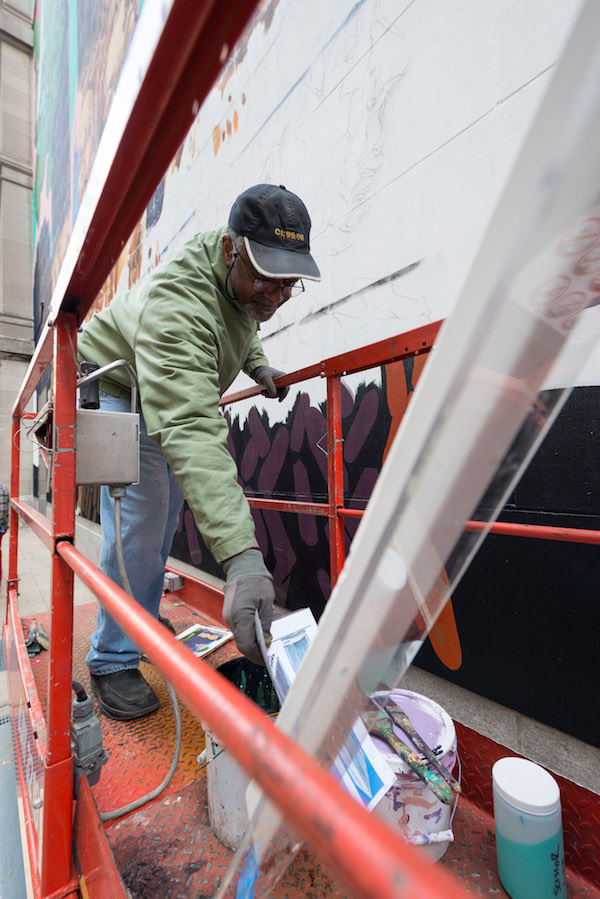 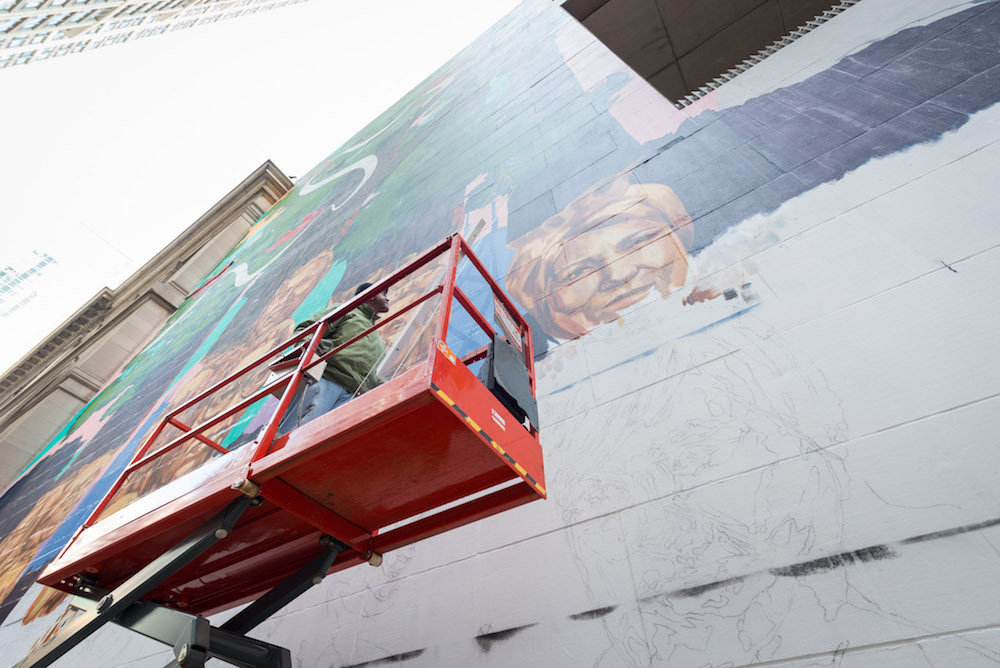 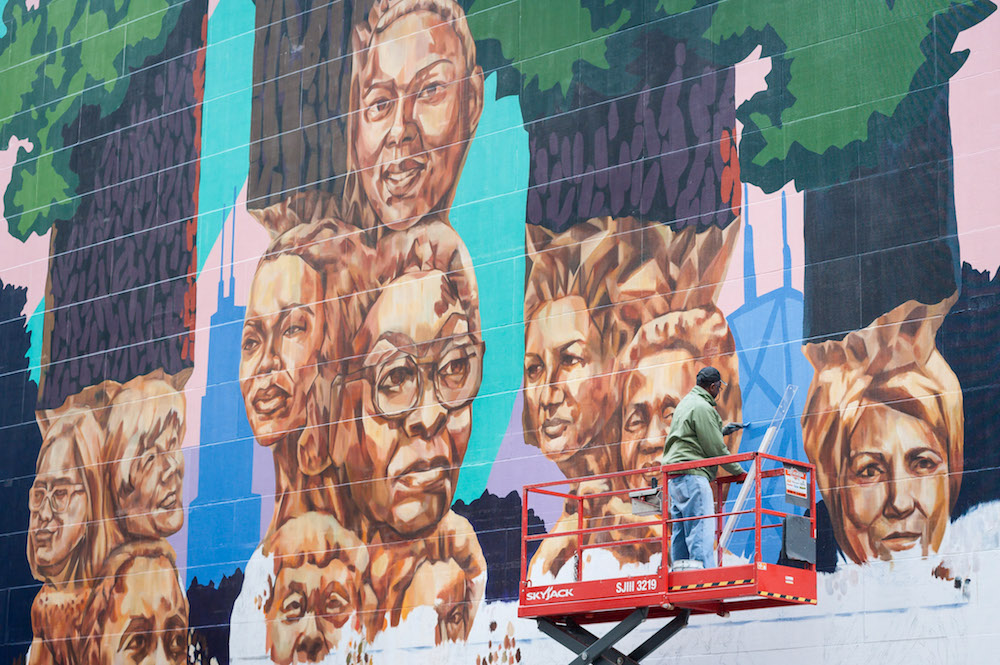 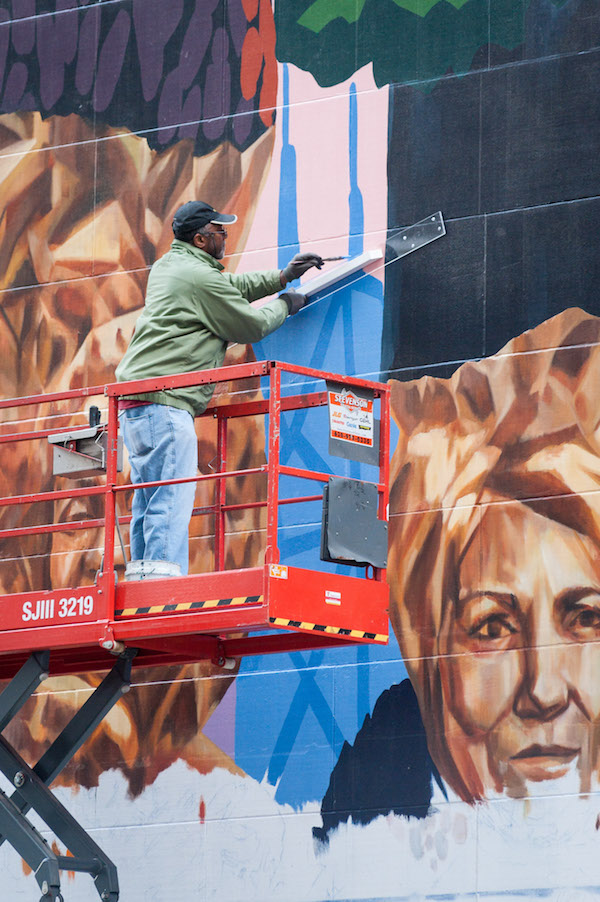 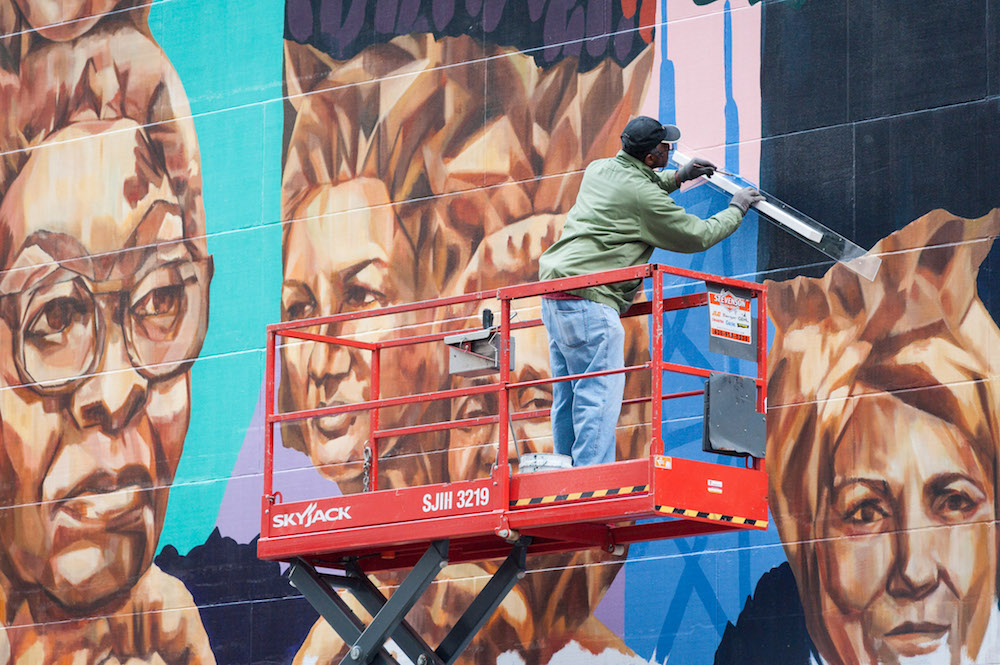 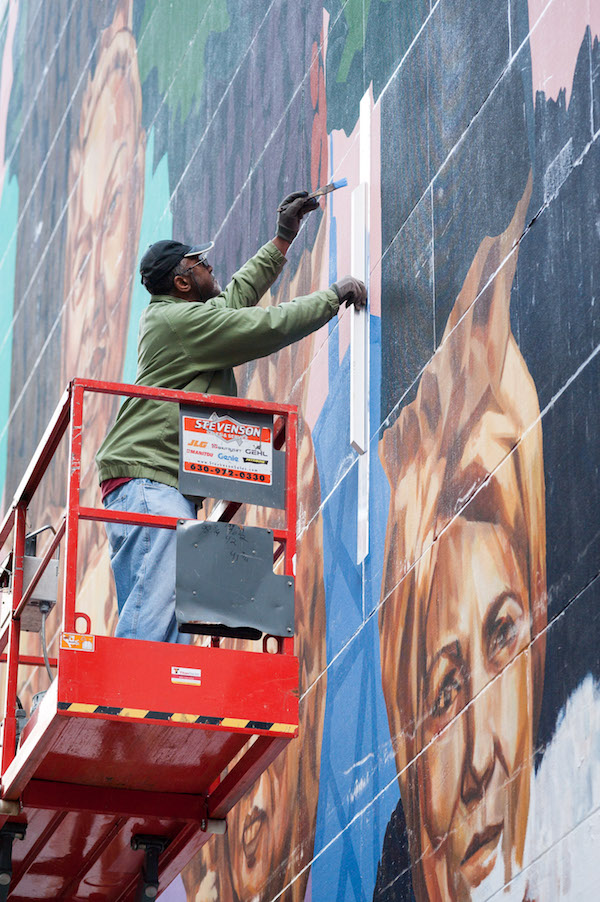 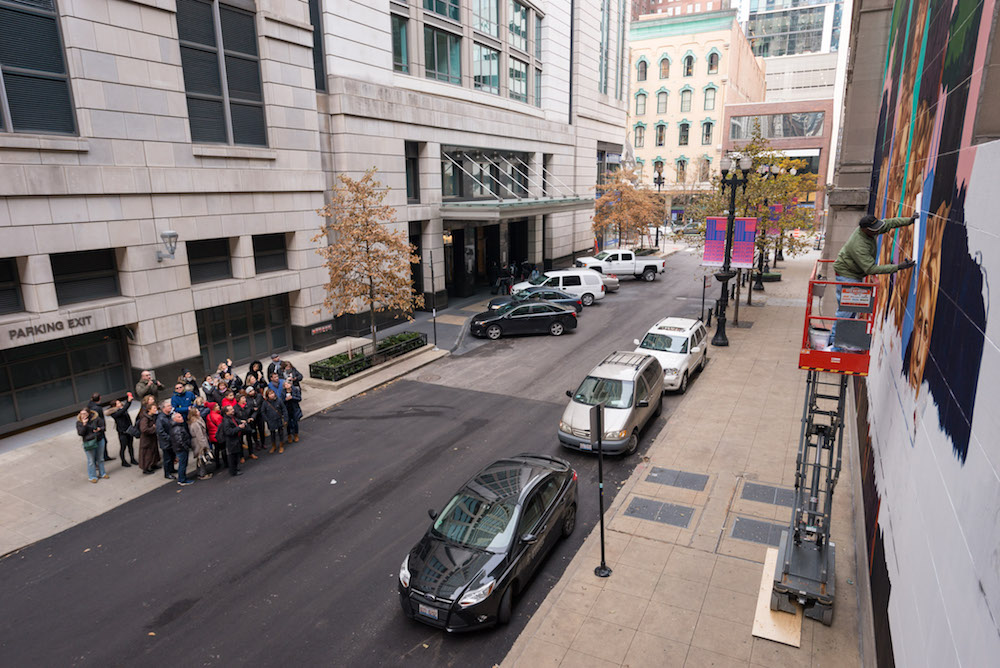 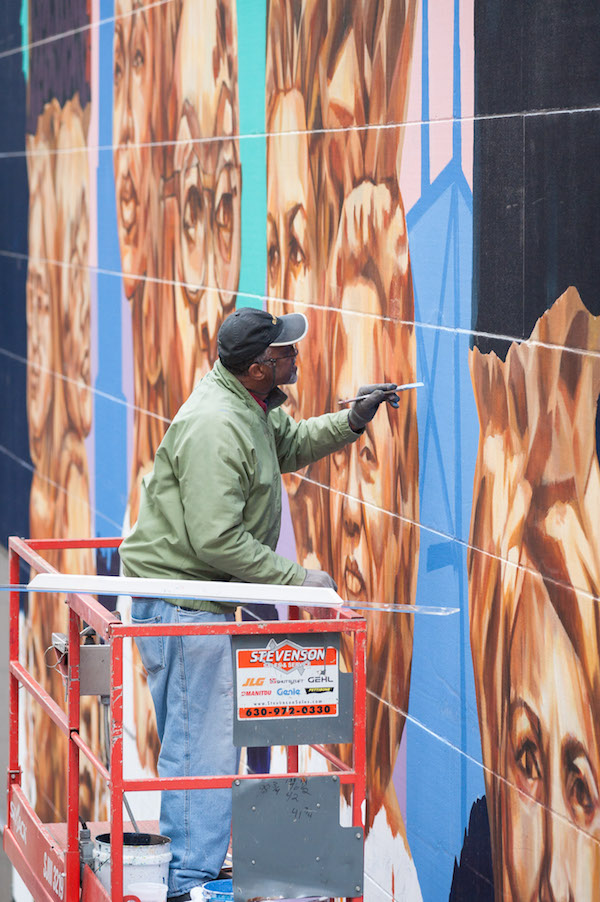 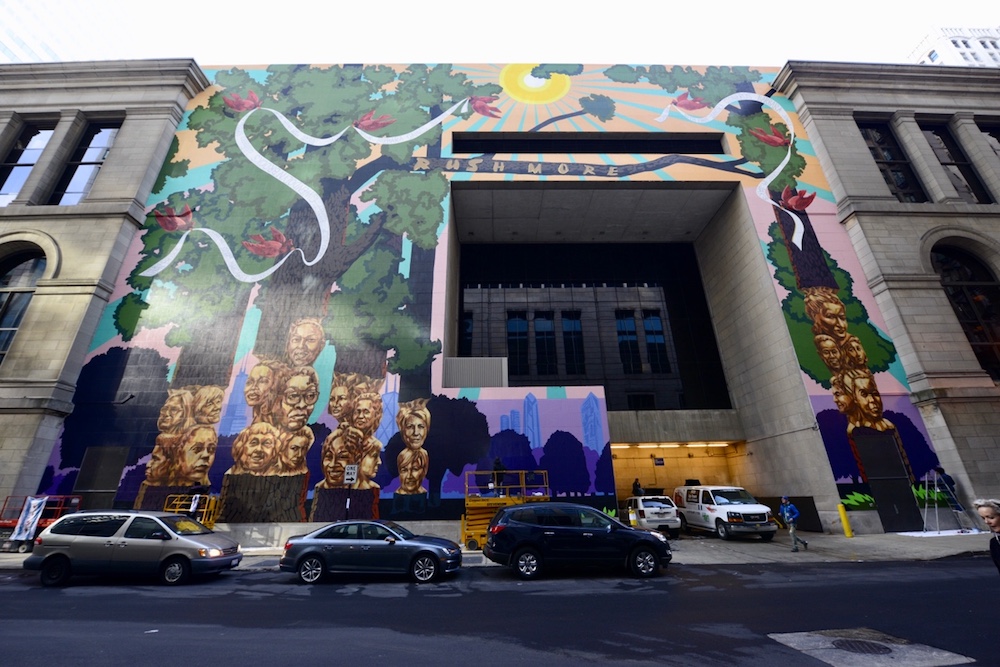 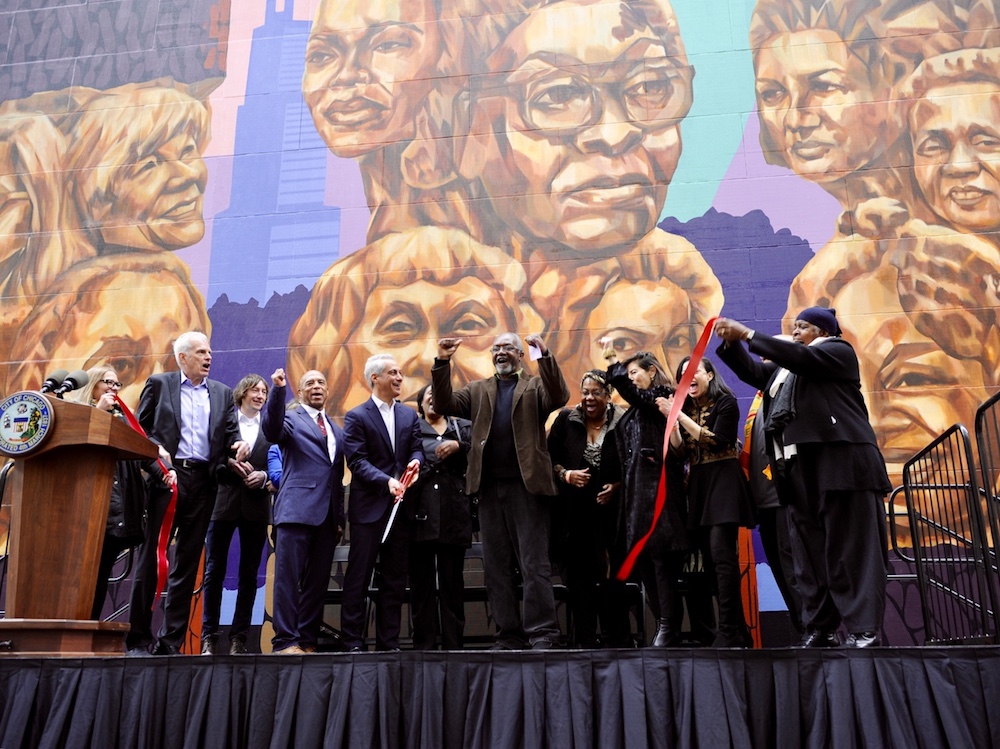 The Winter 2018 cover artist paints a monumental mural in Chicago, honoring 20 women who "have shaped the city’s vibrant arts and culture landscape." The 132-foot by 100-foot mural  is his largest work to date.

"People are not driven to make artwork because of some of internal emotional need," Kerry James told Juxtapoz earlier this month. "I believe it's always because you want to participate in something that you see other people doing. When you look at the history of how what you want to do has evolved, you have to ask: 'Can I add anything to it?' Or will I be satisfied just mimicking what has already been done?" Kerry James Marshall being Chicago's greatest living artist (in our humble opinion), it seems ideal that he would participate in this important project and massive work. The work can be seen on the Chicago Cultural Center at 78 E. Washington Street, and was painted during for the Year of Public Art in Chicago.

“When I was asked to design a mural for narrow Garland Court, it was immediately clear to me that the site had to be ‘opened up’ in some way,” said Kerry James Marshall. “My solution was a park-like view with a bright sun and stand of trees to bring light and green space to the location while at the same time honoring the mission of the building as the hub of artistic activity in Chicago. My idea was to make of the trees a kind of Forest Rushmore acknowledging the contribution of 20 women who’ve worked to shape the cultural landscape of the city, past and present.”

Click here to read our interview with Kerry James Marshall.