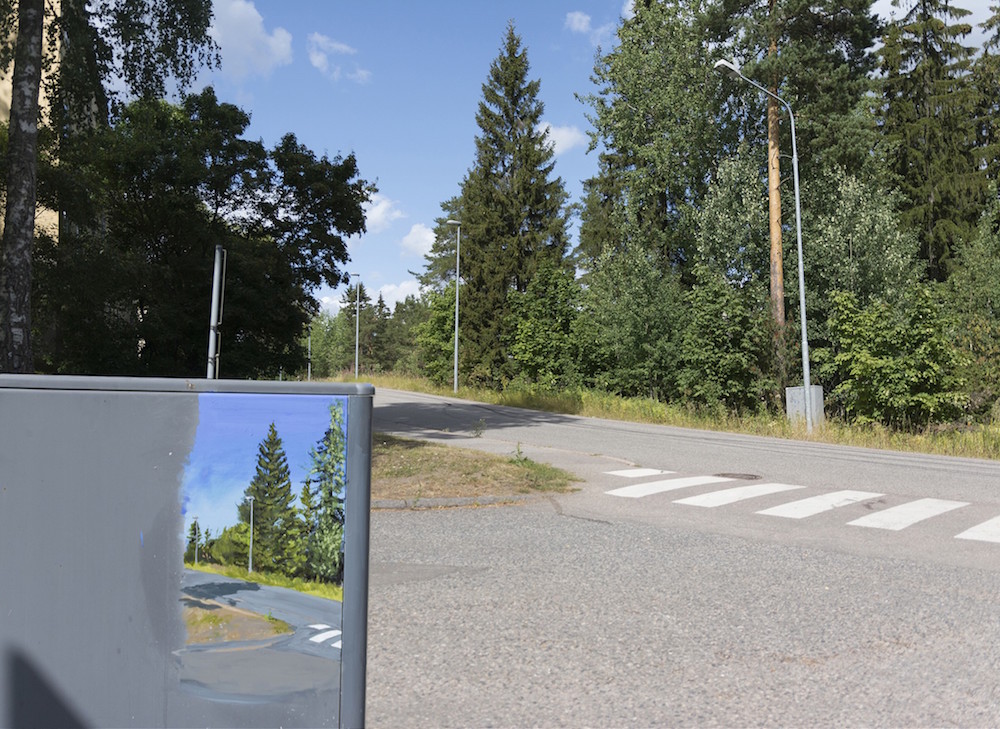 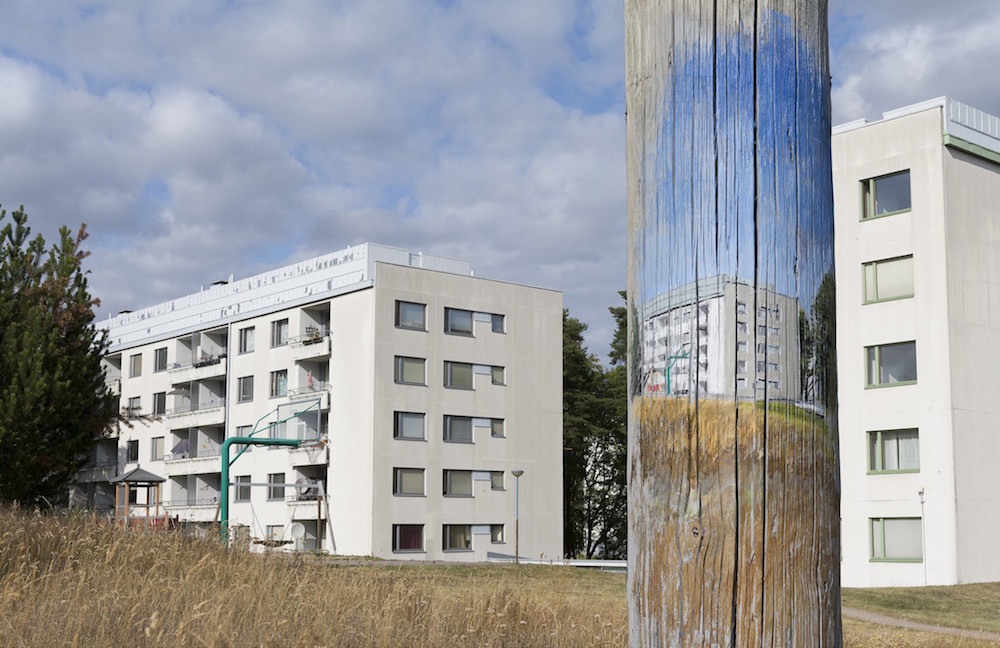 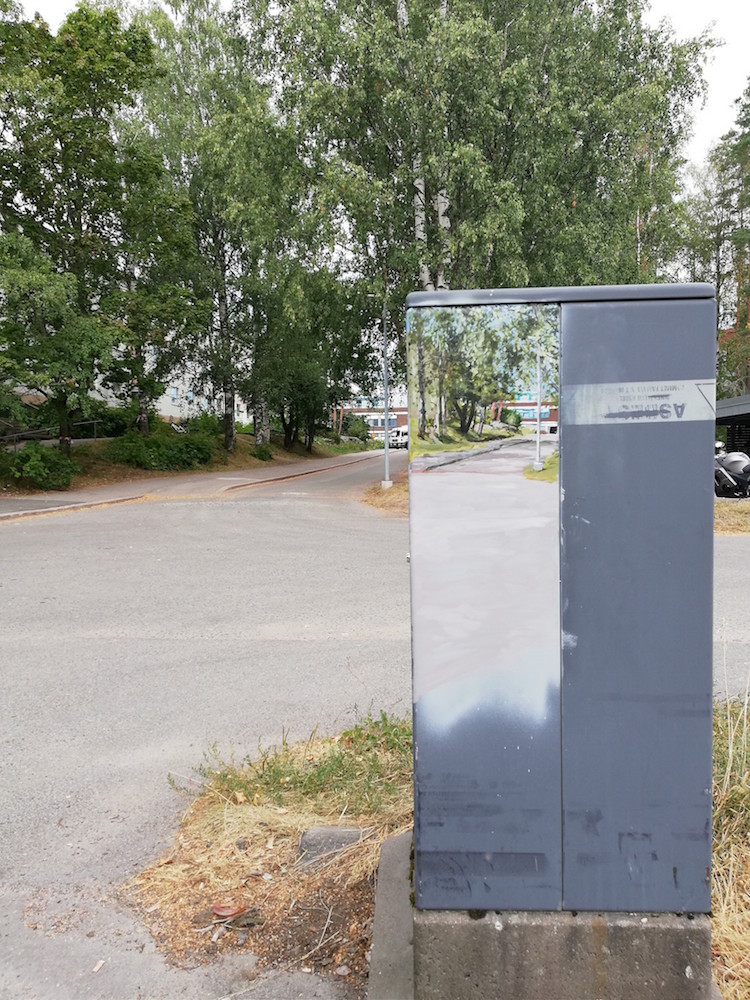 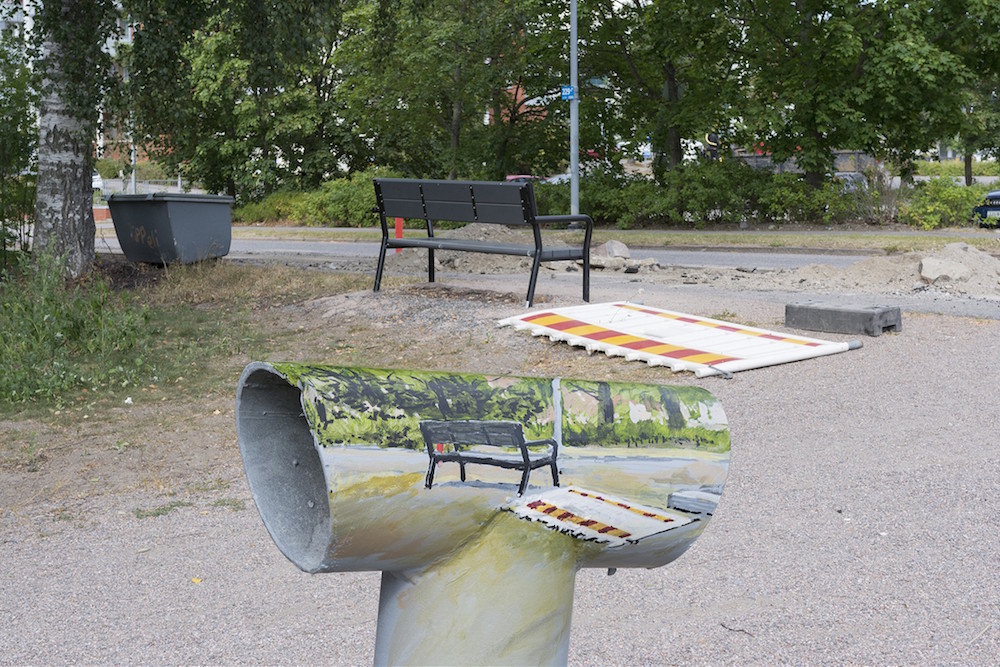 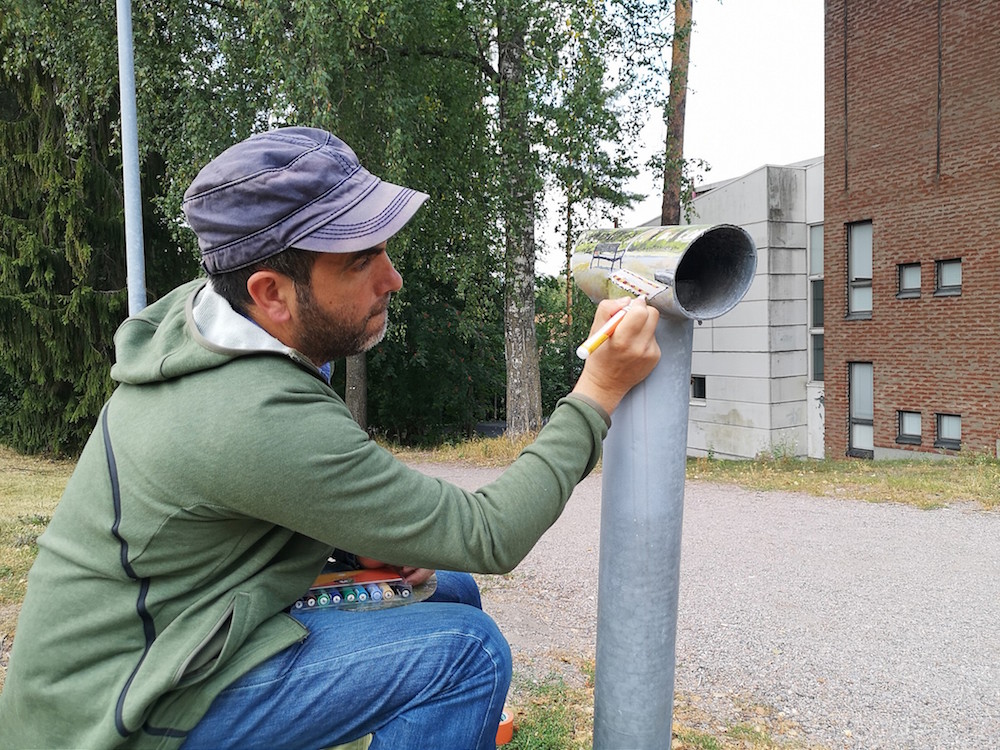 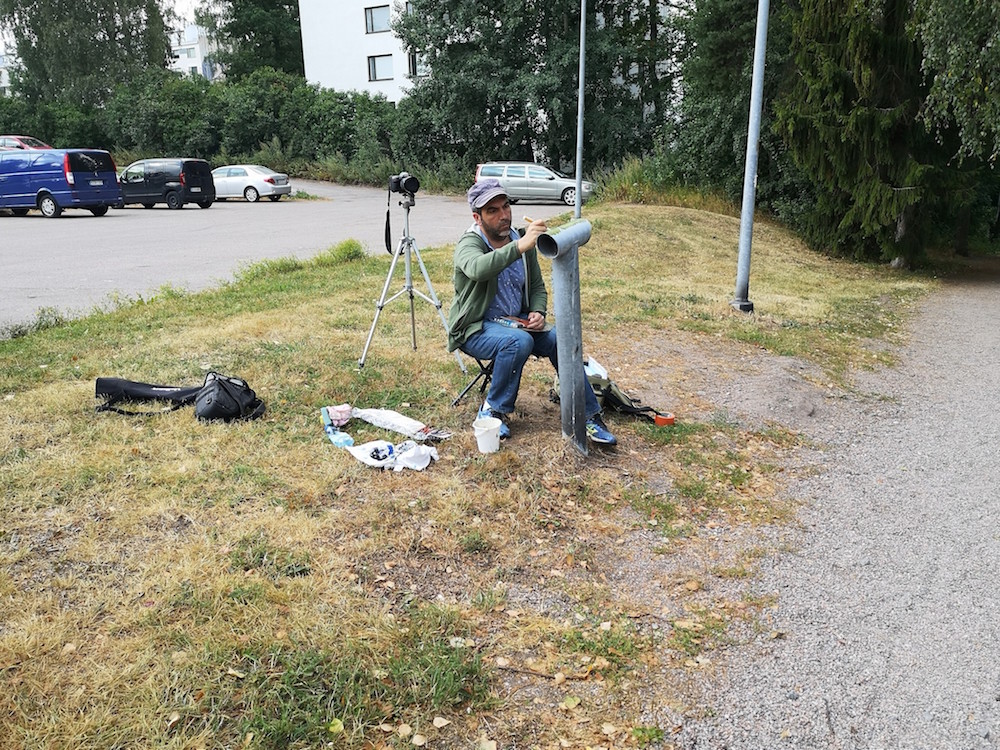 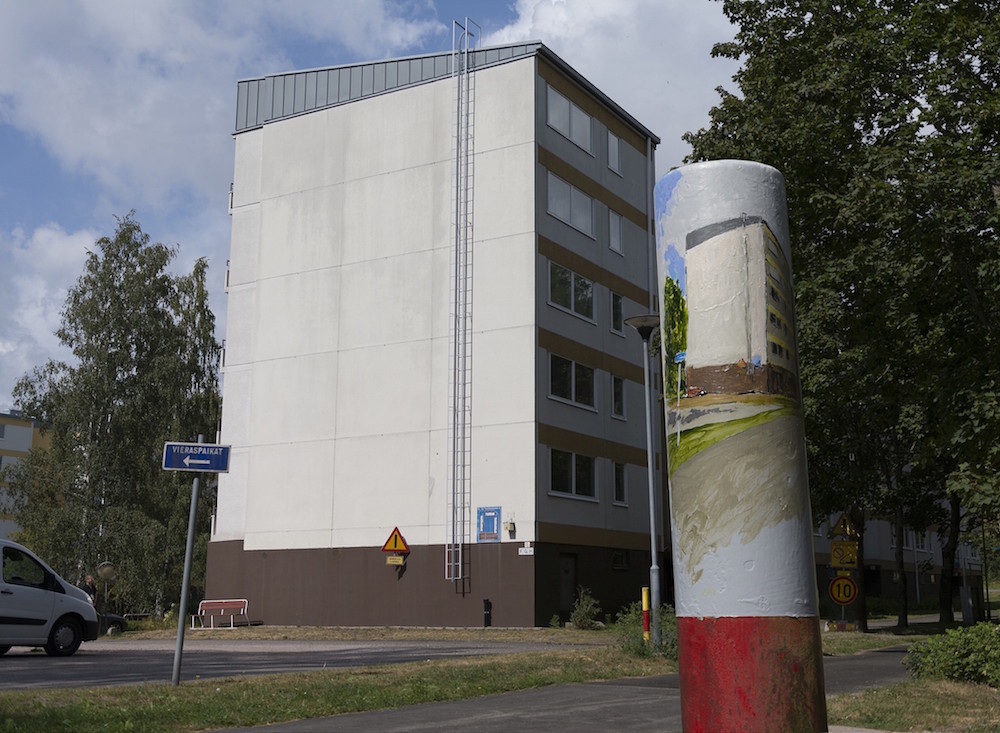 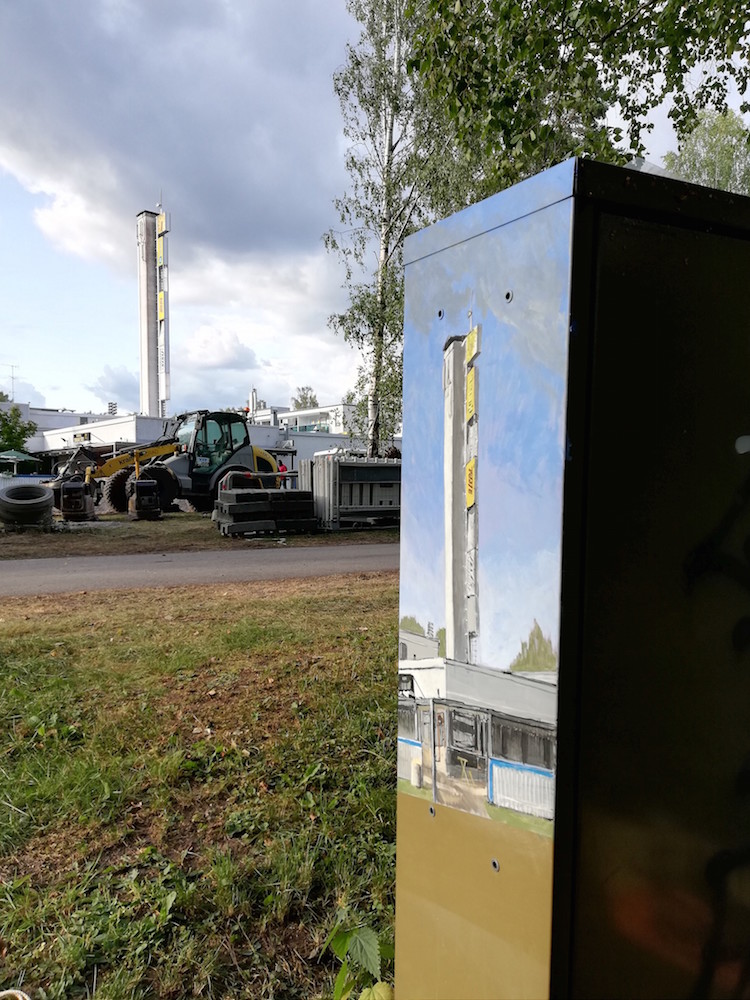 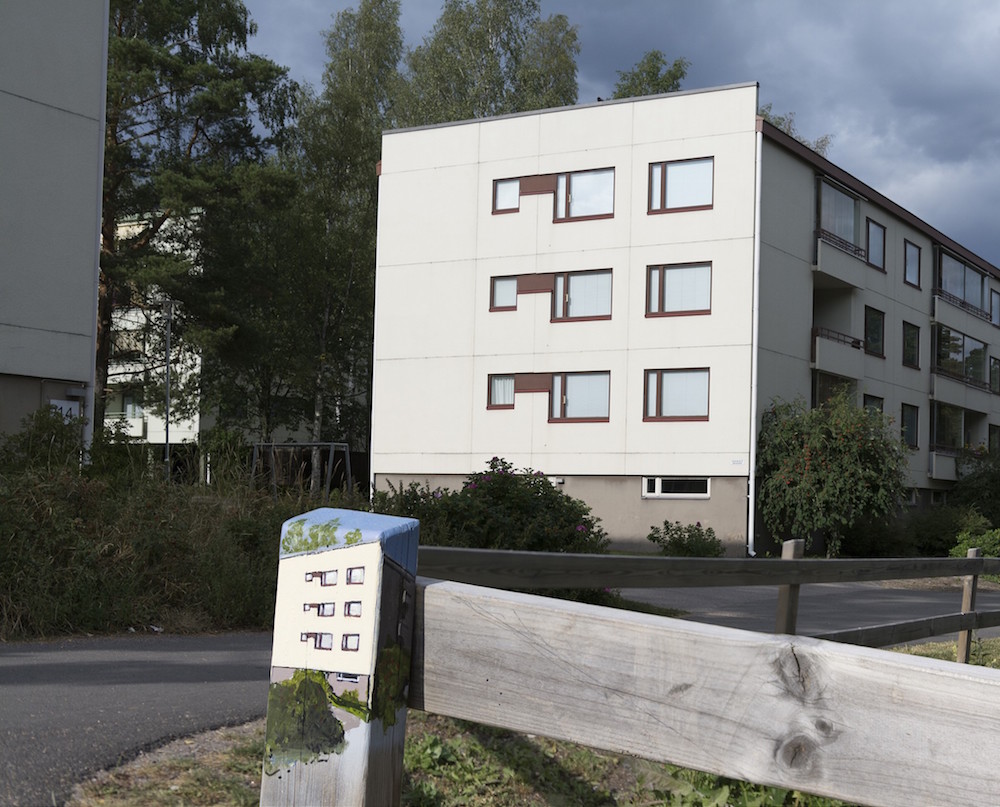 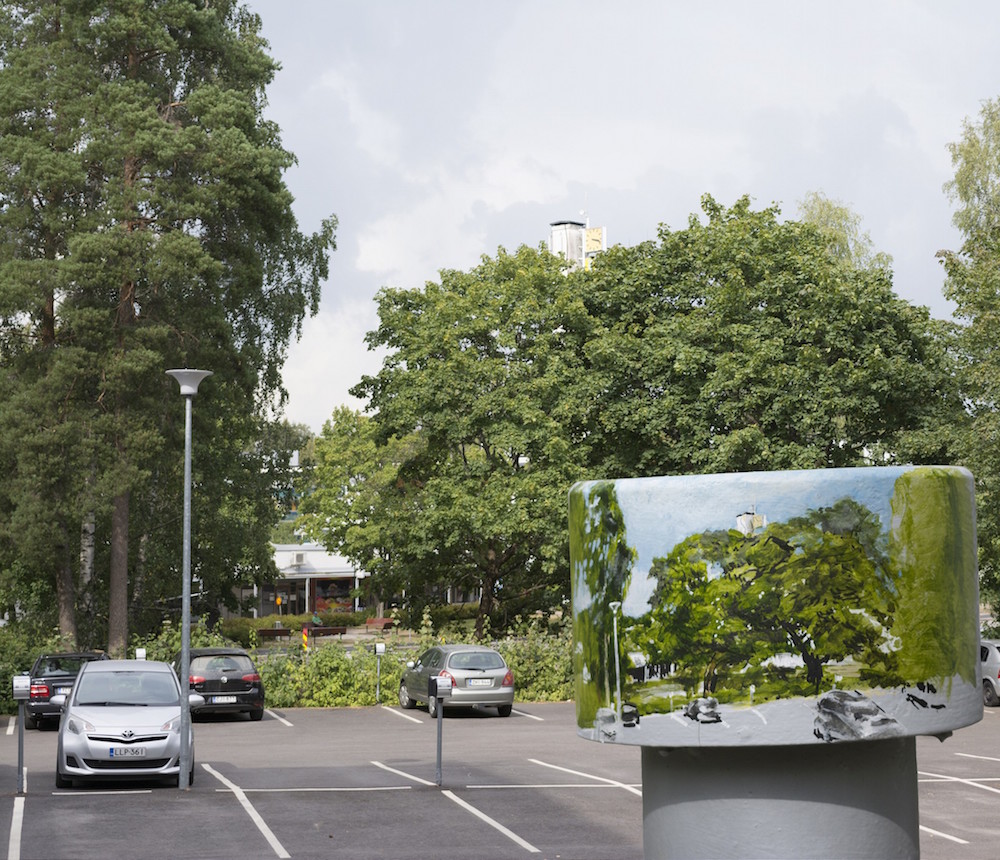 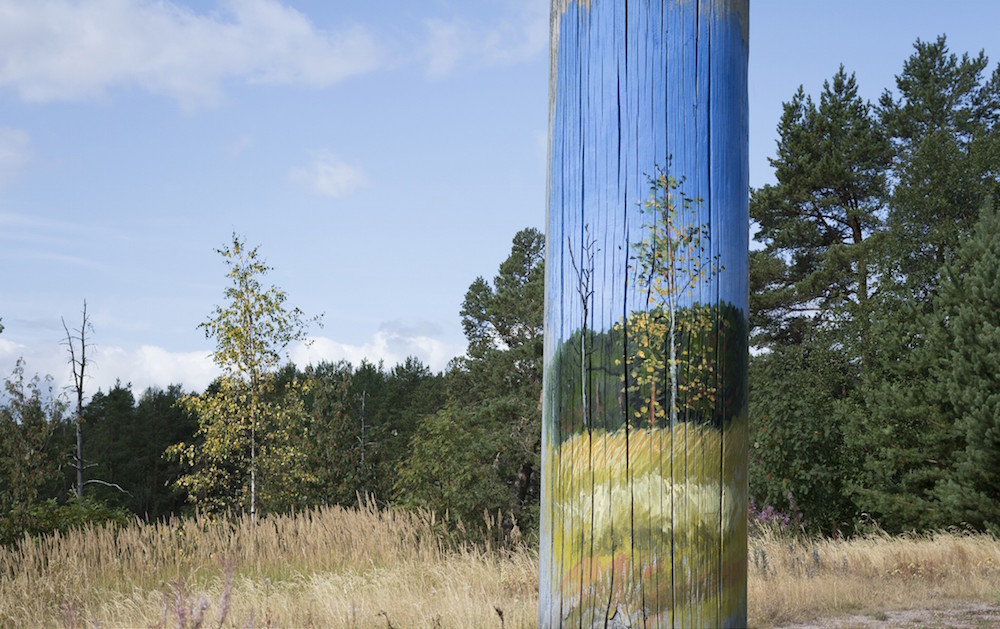 We introduced Juan Rivas' Paintings in Place about a year ago, when he gave a brief overview of his street interventions around Galicia, his home in the mountainous region of Northern Spain. More recently, he completed a major international project for the first time, after invitation by Karakallio Creative Initiative, a local art creative in Karakallio, Finland.

The guiding impetus of the collaboration was to carry out a series of interventions in a public space by painting on existing structures, such as flagpoles and electrical boxes, in order to capture the sun-dappled urban landscape of the environment. Once on location, the project quickly extended to a total of 14 engagements with lampposts, metal pipes, and wooden fences.

Fascinated by the light changes throughout the seasons, Rivas took advantage of working in Northern Europe, where these differences are very stark. Painting local buildings, streets, and parkways as they bask in the warm summer sun, Rivas offers the chance to experience summer light during dark winter months– a simple reminder that it would remain there through the year. Unlike previous projects, which were almost exclusively ephemeral, this series is protected with resistant varnish, allowing each piece to bark in purpose for a long time to come. In a poetic sense, his subtle interventions are a melancholic reflection of time's past and a reminder of what's to come. –Sasha Bogojev