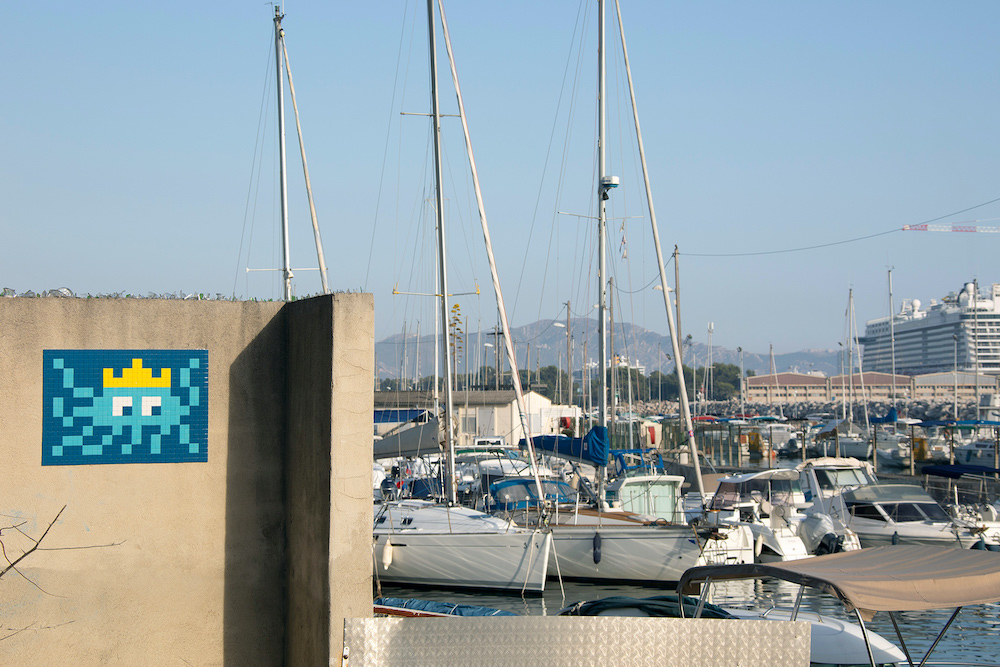 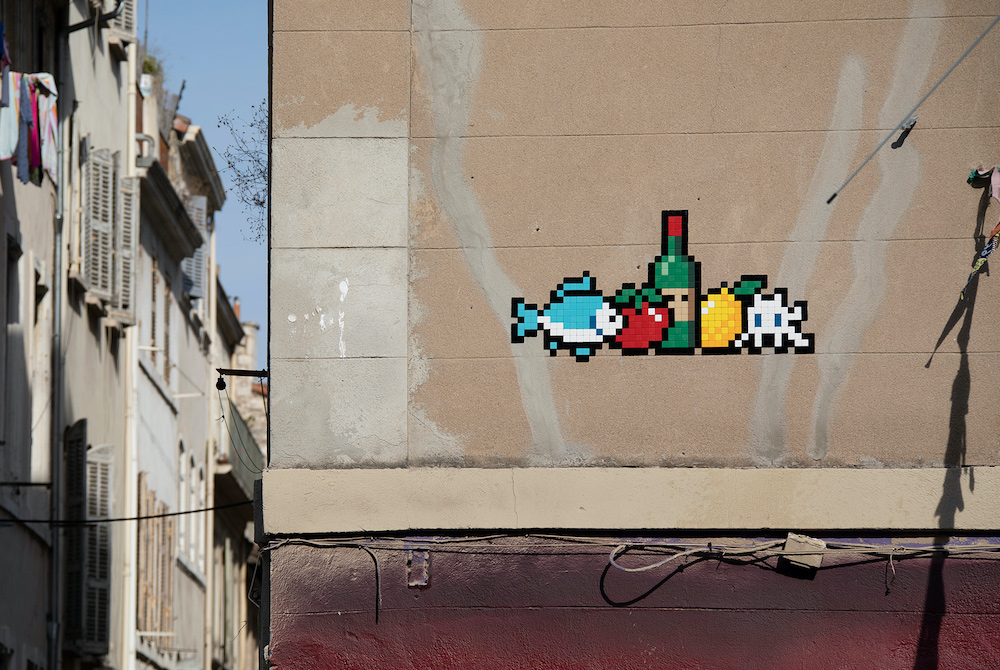 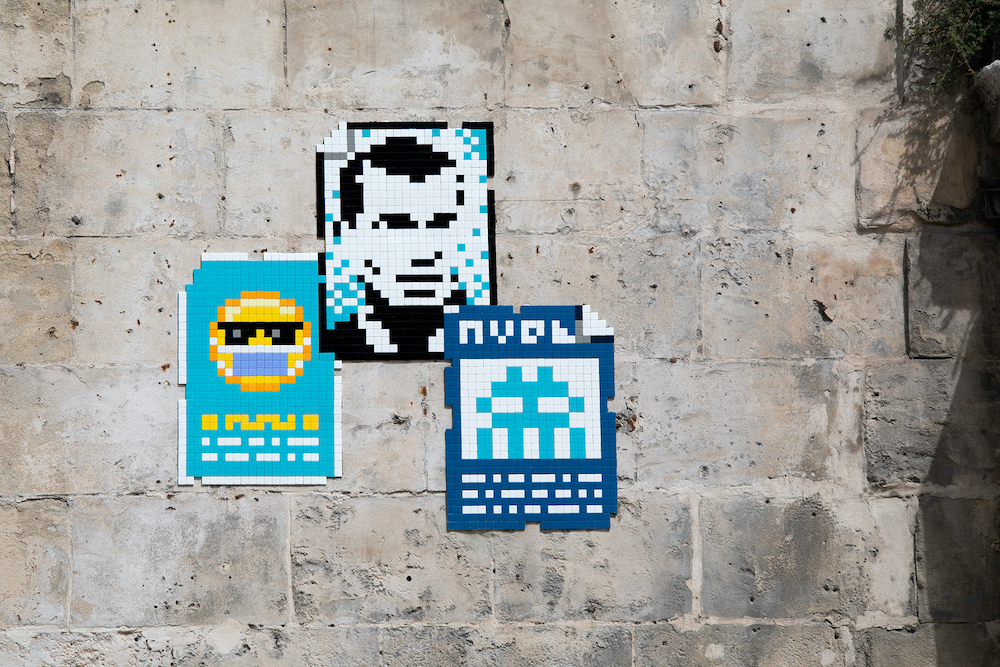 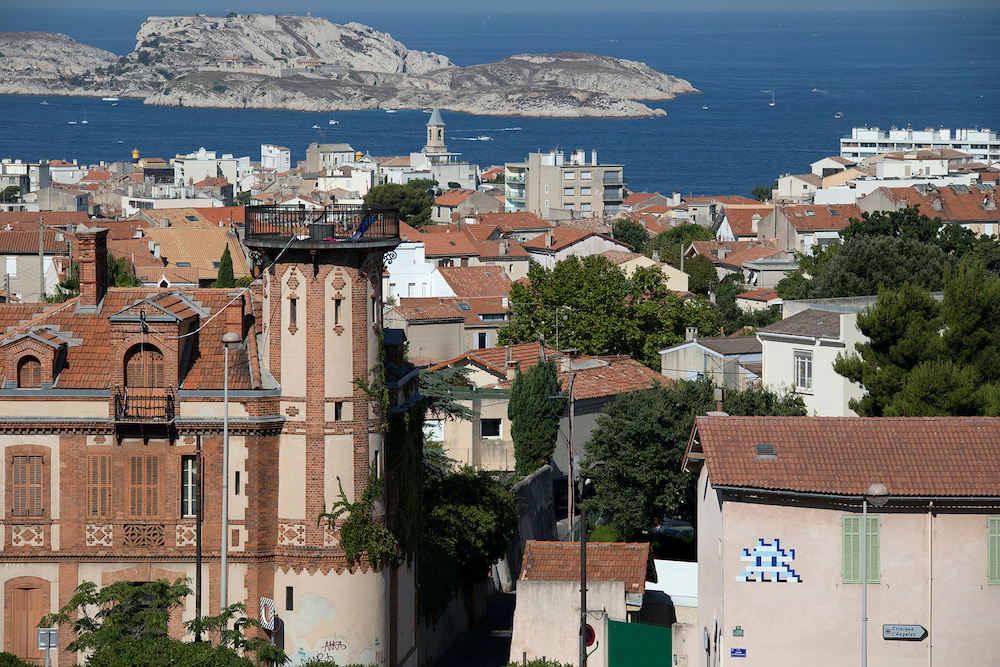 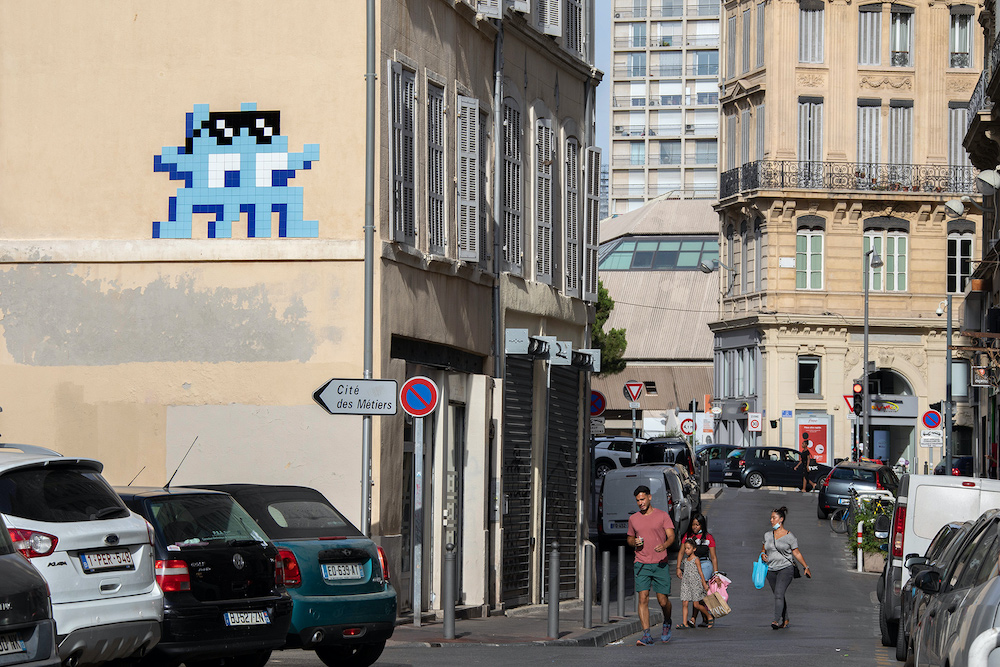 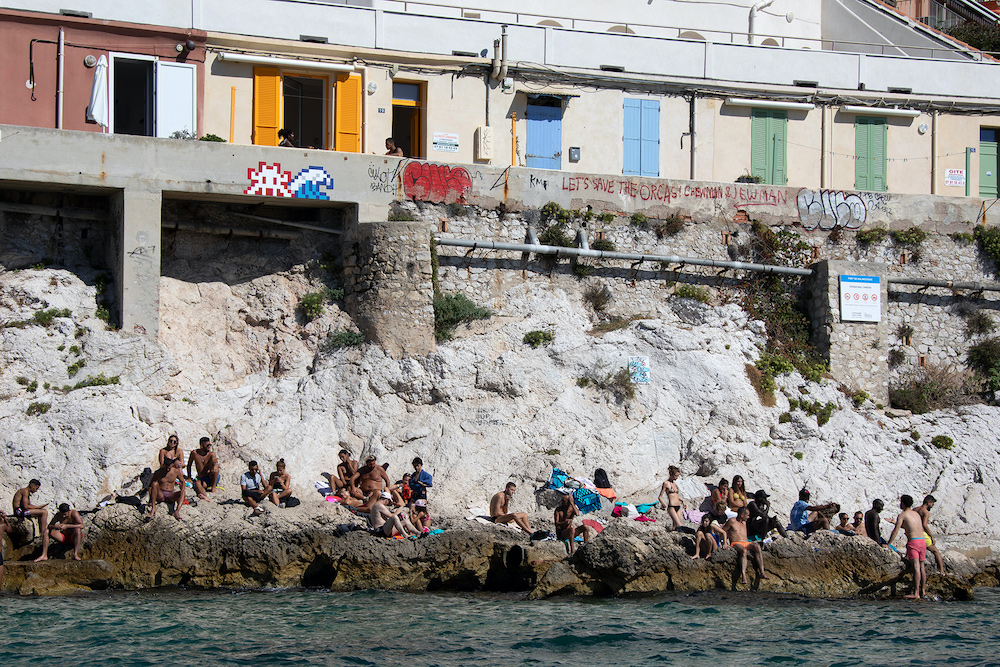 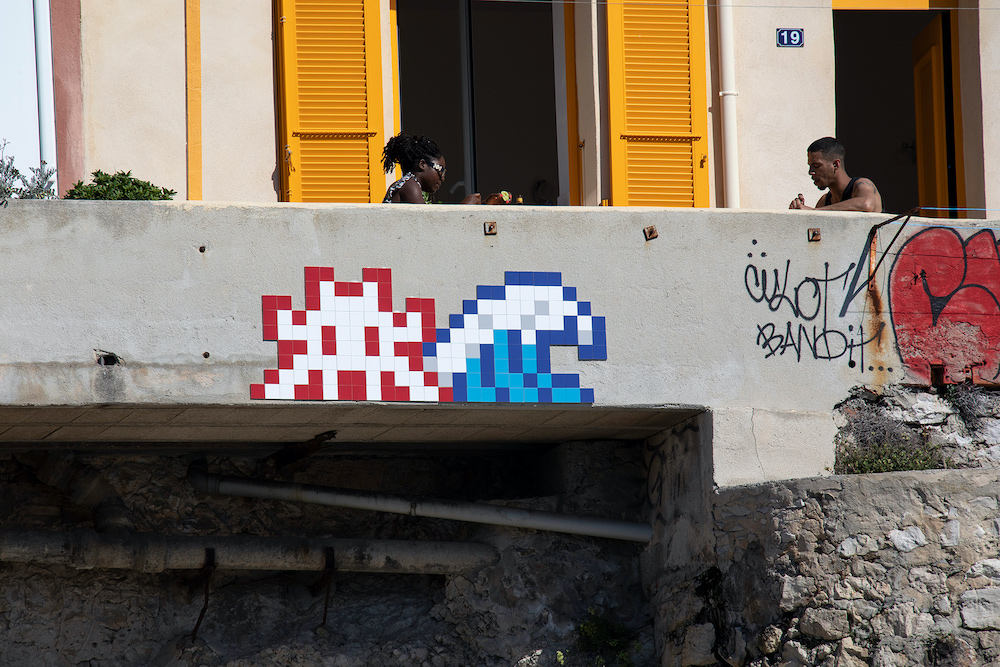 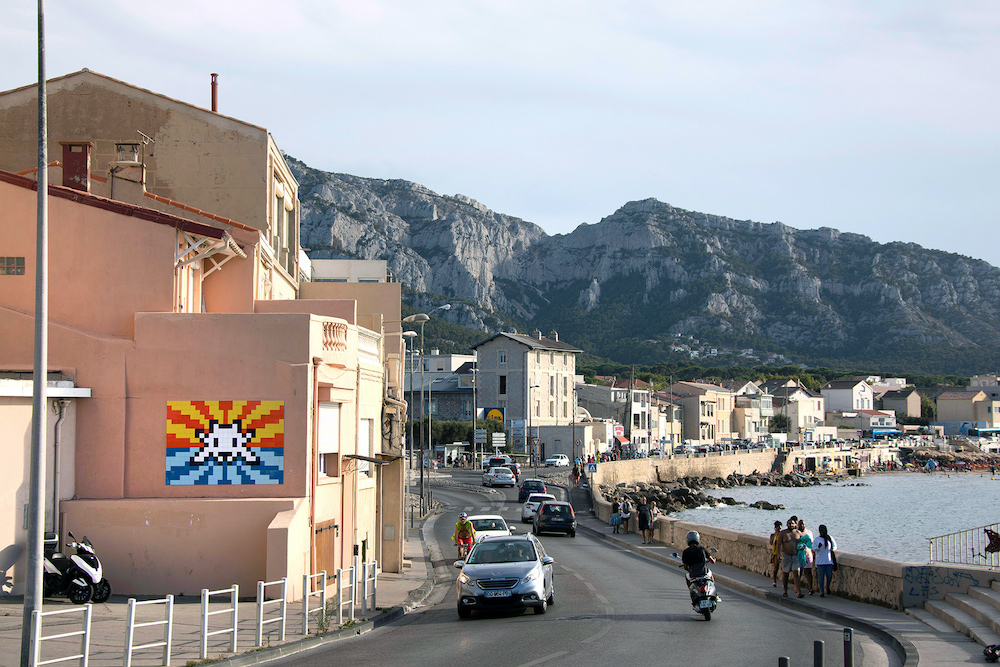 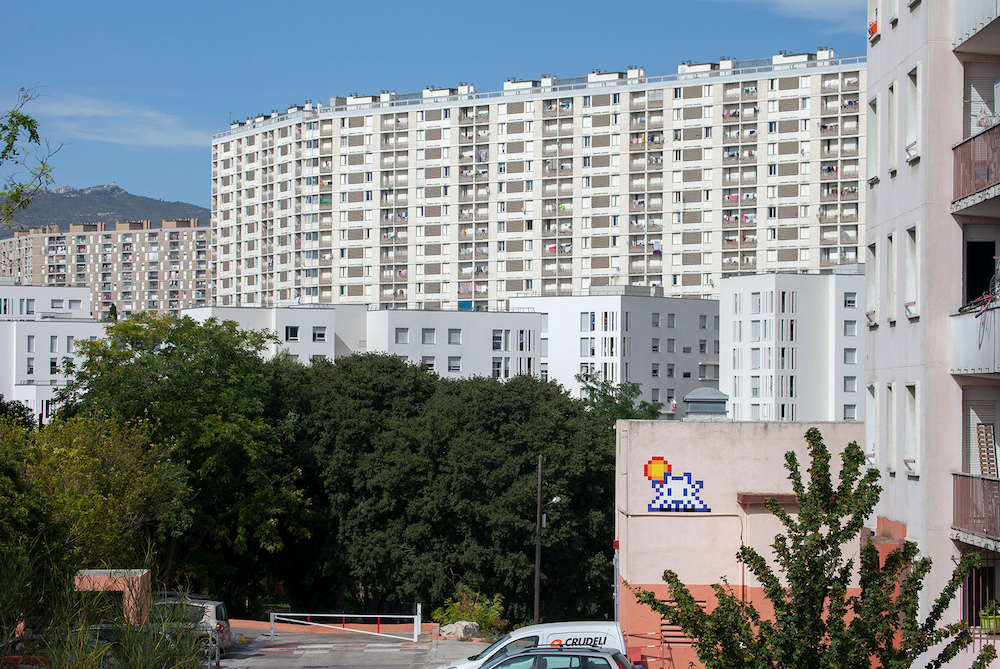 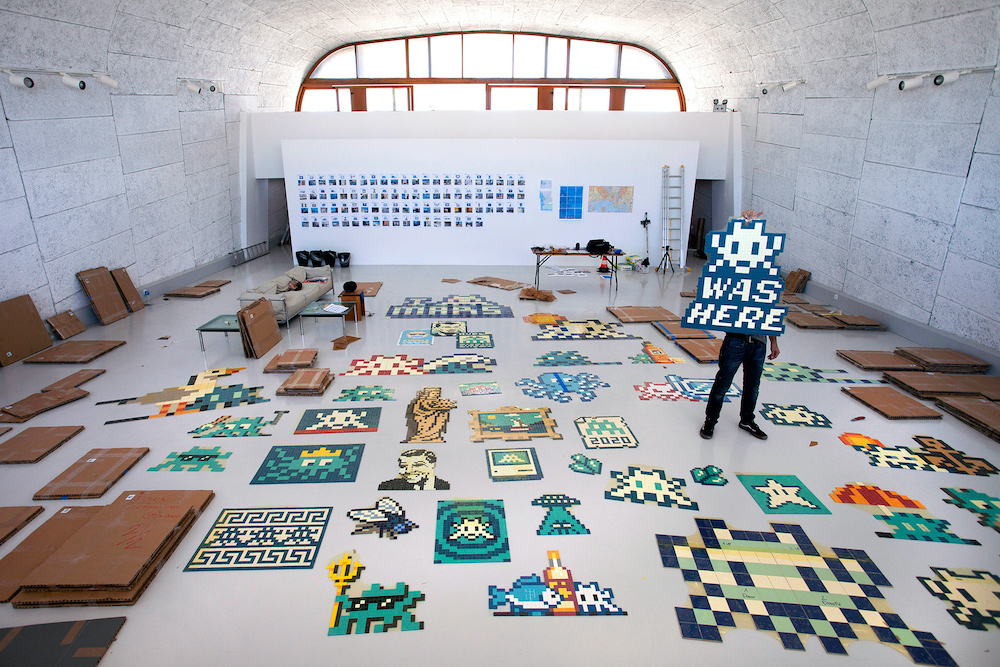 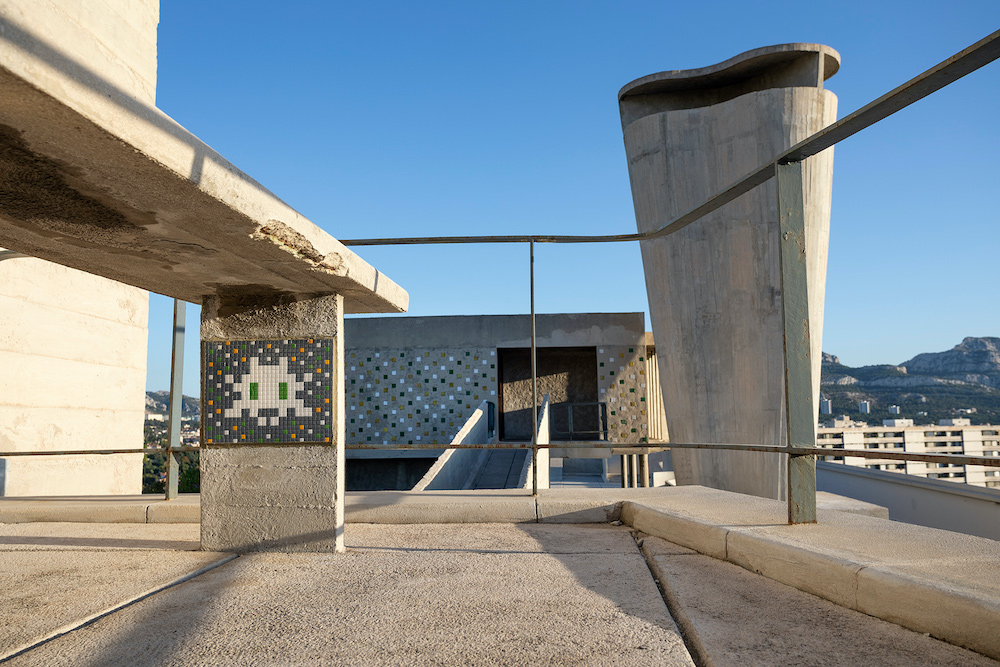 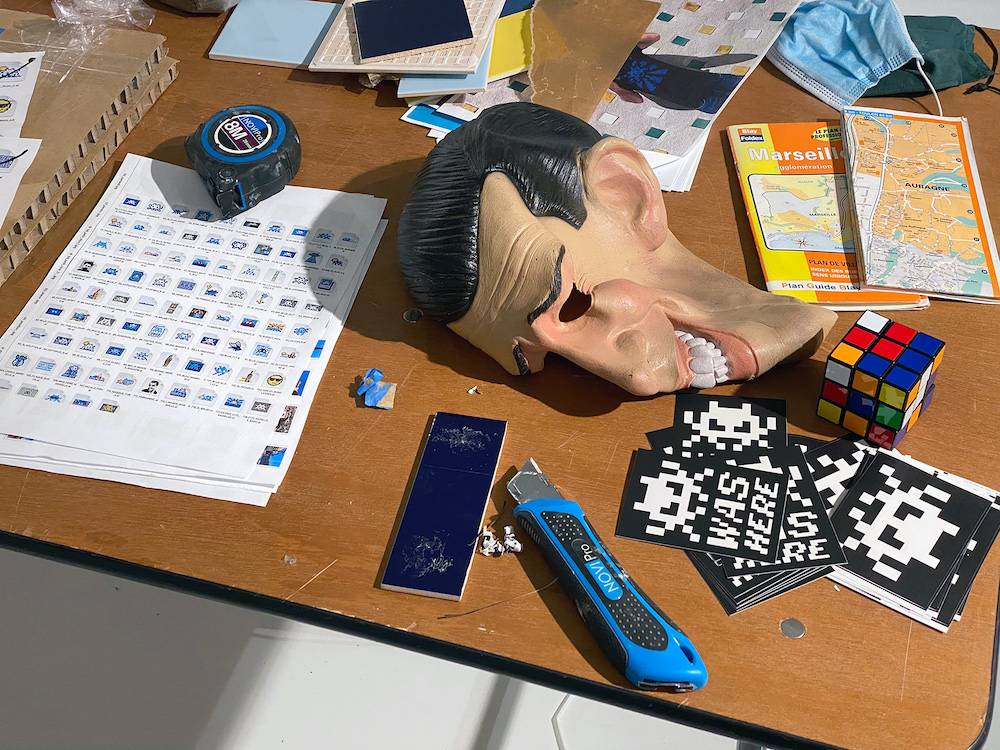 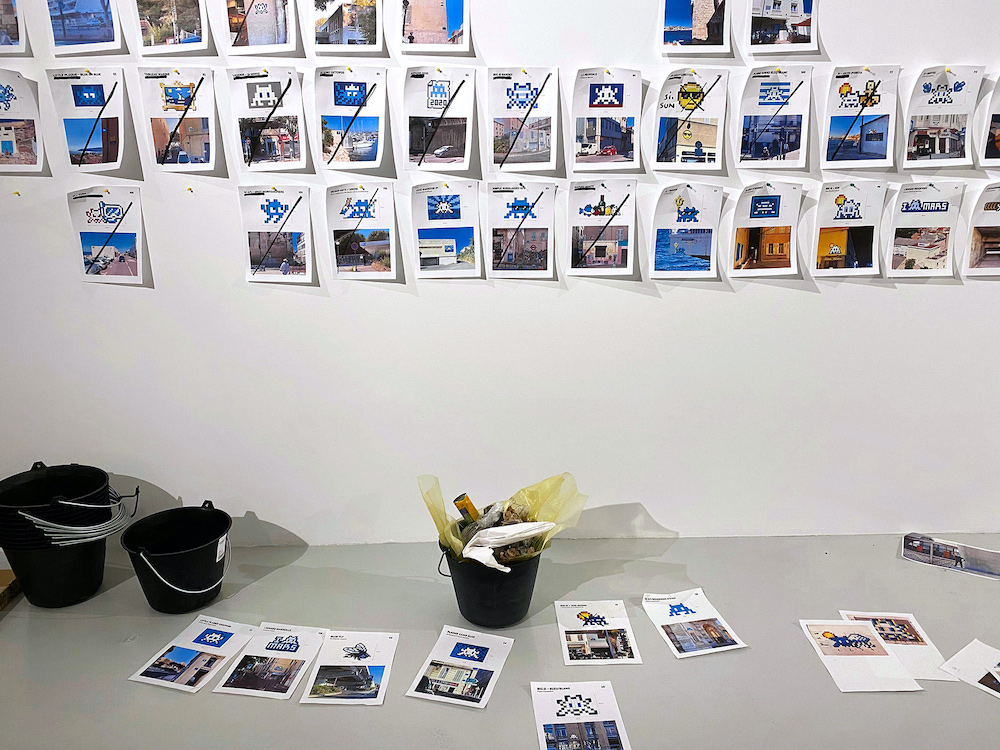 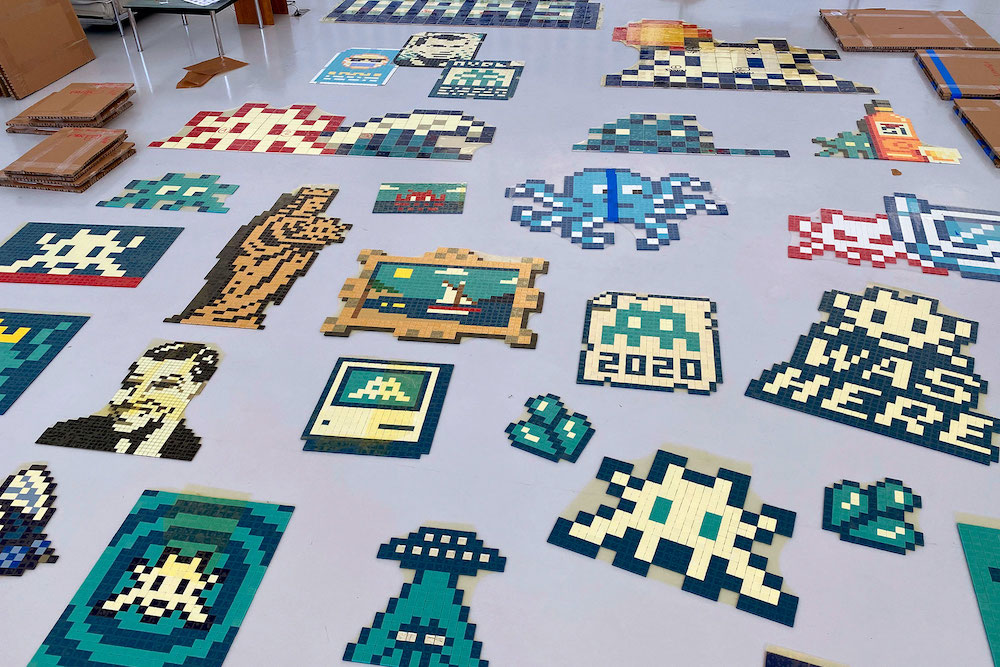 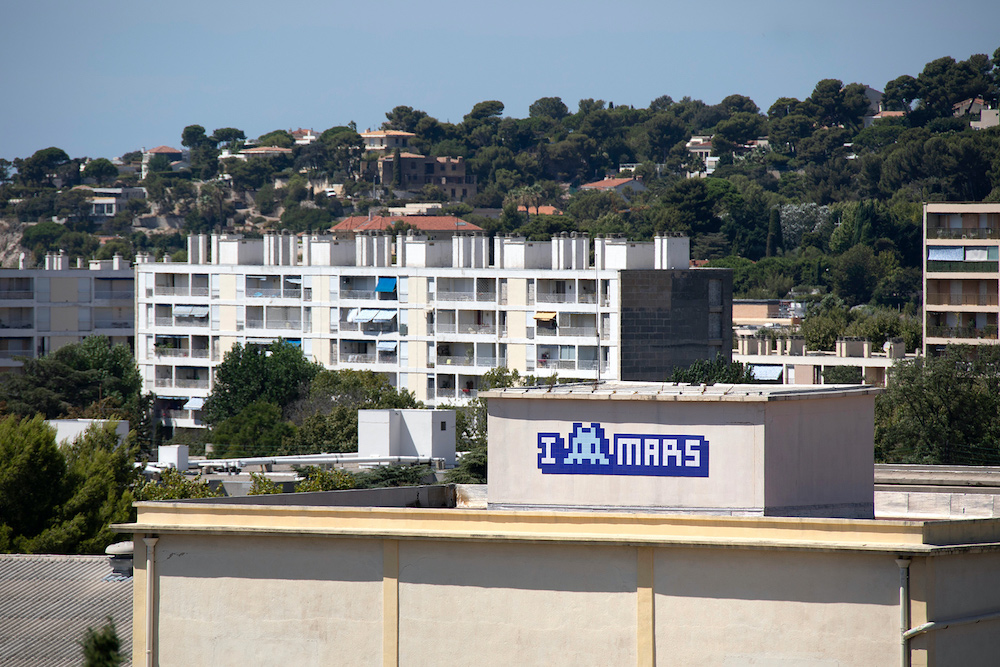 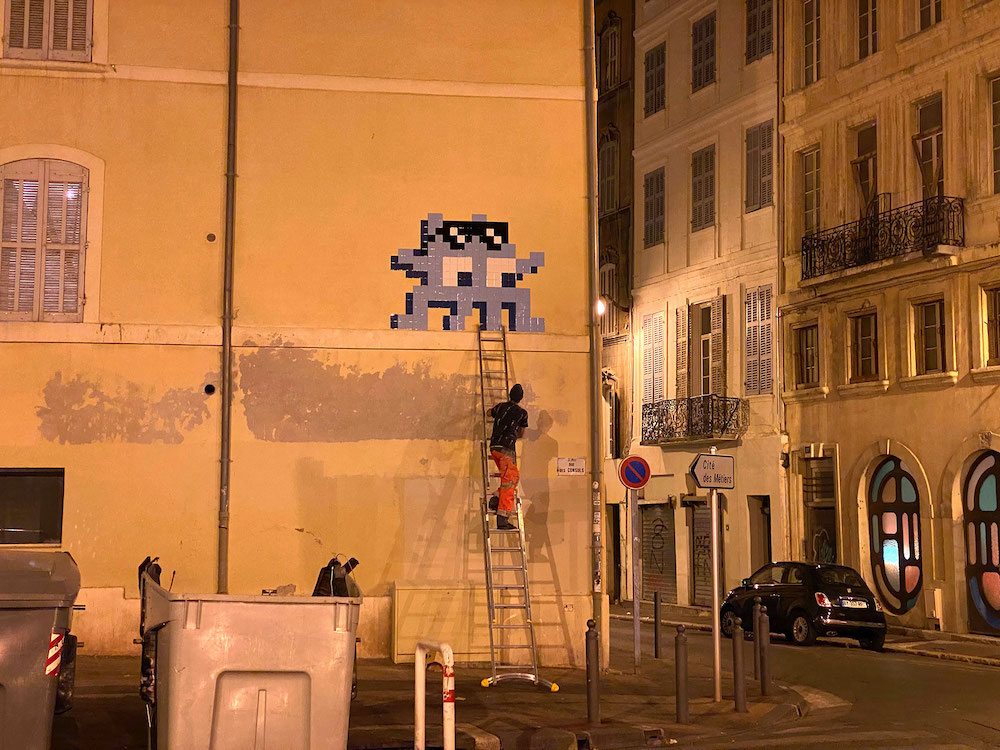 Nine months since his last invasion of the Tunisian island of Djerba, and only 3 months after his recent solo exhibition in Hong Kong, Invader recently announced his latest offensive in Marseille. Organized in collaboration with the local MAMO and its founder, the designer/architect Ora-ïto, this invasion is also an outdoor exhibition consisting of 80 new, unique mosaics.

Continuing their ongoing series of art residence projects that included working with Daniel Buren, Dan Graham, and Alex Israel, among others, MAMO and Ora-ïto gave the infamous artists carte-blanche to work around the second-largest city in France. The intervention that Invader worked on for weeks resulted in 80 pieces strategically placed throughout the city, using the urban acupuncture practice he has developed over the years. With installations placed everywhere from emblematic spots to sparsely visited sites, the concept is predicated on targeting locations within a photogenic, urban framework, offering a fresh perspective of the metropolitan landscapes. Along with signature Space Invaders, other motifs refer to regional themes and archetypal symbols from popular culture, primarily done in a seascape of blues  contrasted in white as an ode to the Mediterranean culture. As per usual, all artworks are indexed on his 26th invasion map, entitled Invasion Planète Marseille.

With this project, Invader once again presented his unparalleled ability to work stealthily and unnoticed, even in a bustling Mediterranean city in the middle of the summer. Taking the MAMO as the strategic base, a studio, workshop, and focal point, the infamous Parisian overtook the walls of the art center and spread through streets, alleys, squares, rooftops, and other outdoor edifices, each conveying viewers towards MAMO where his temporary, secret HQ is on public view, filled with maps, drawings, tools, masks, and costumes used by the artist. Offering 4 external points of view to discover the atelier, visitors can peer in to experience the tantalizing traces that suggest Invader (indeed) Was Here. —Sasha Bogojev