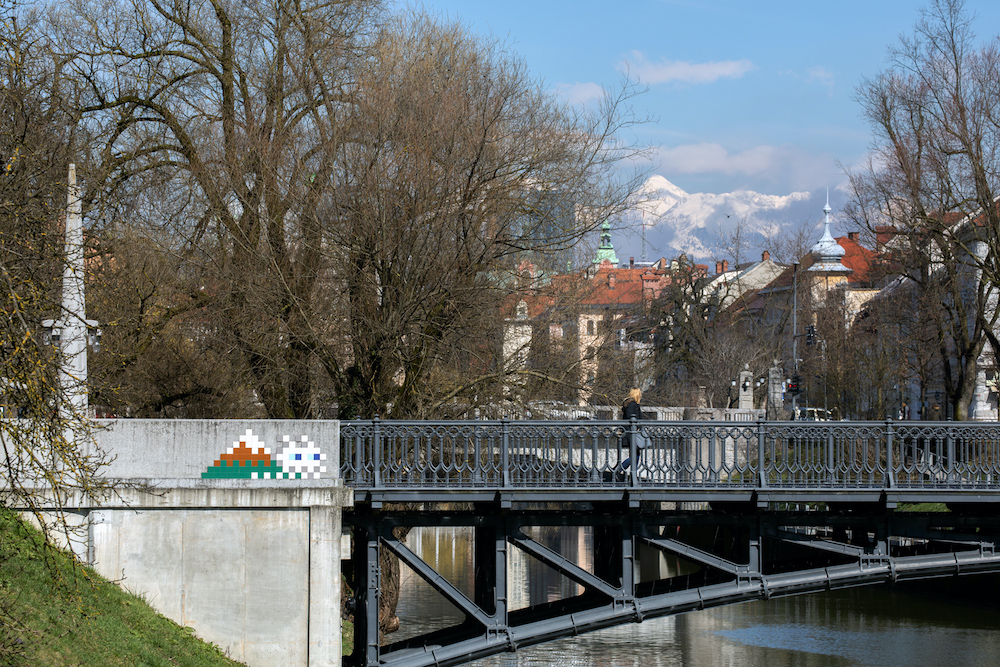 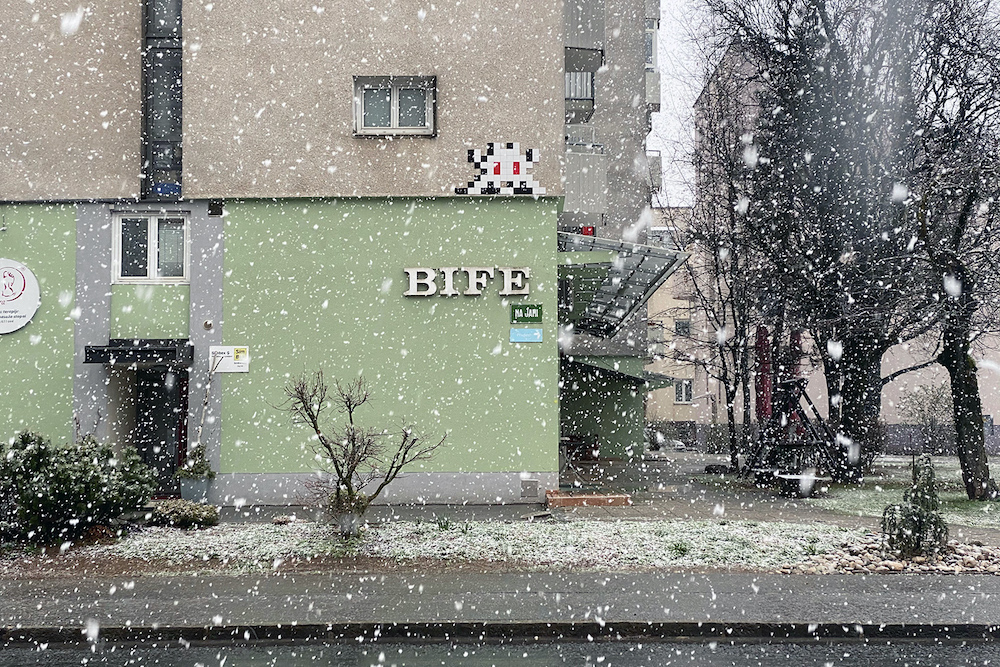 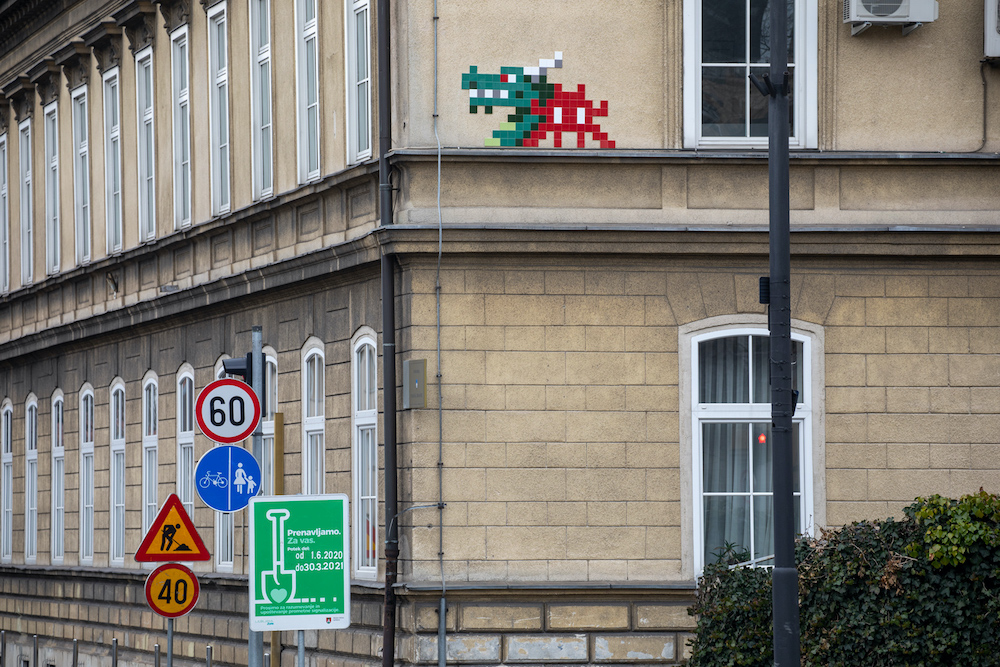 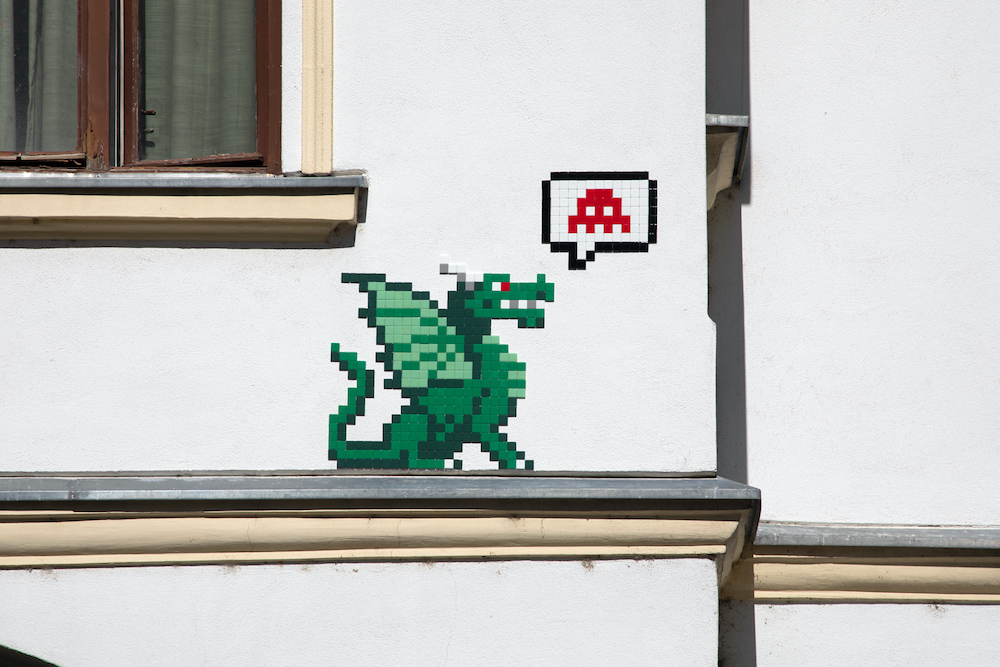 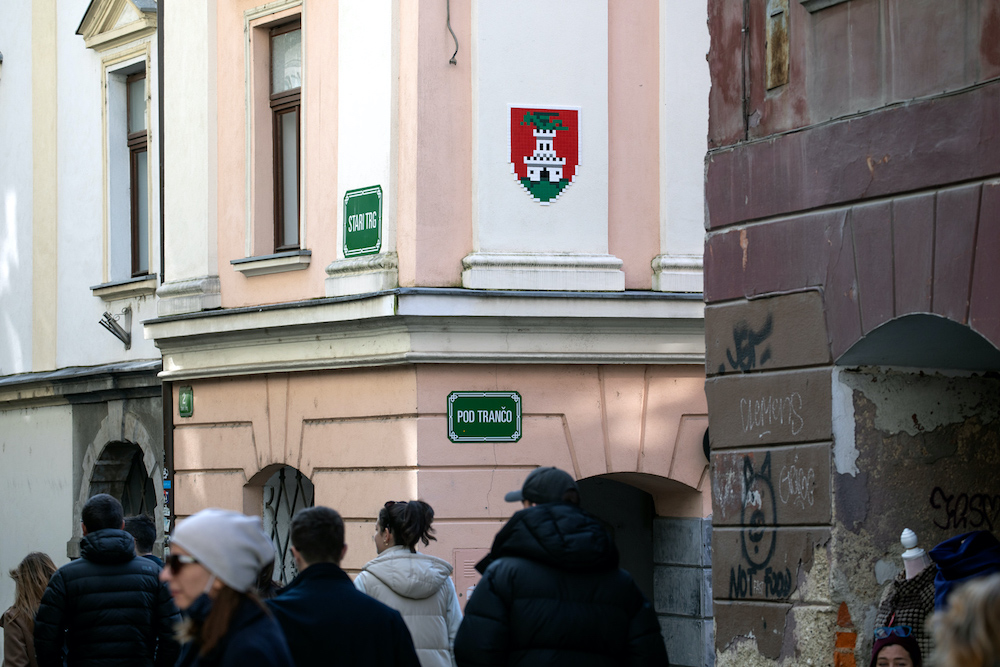 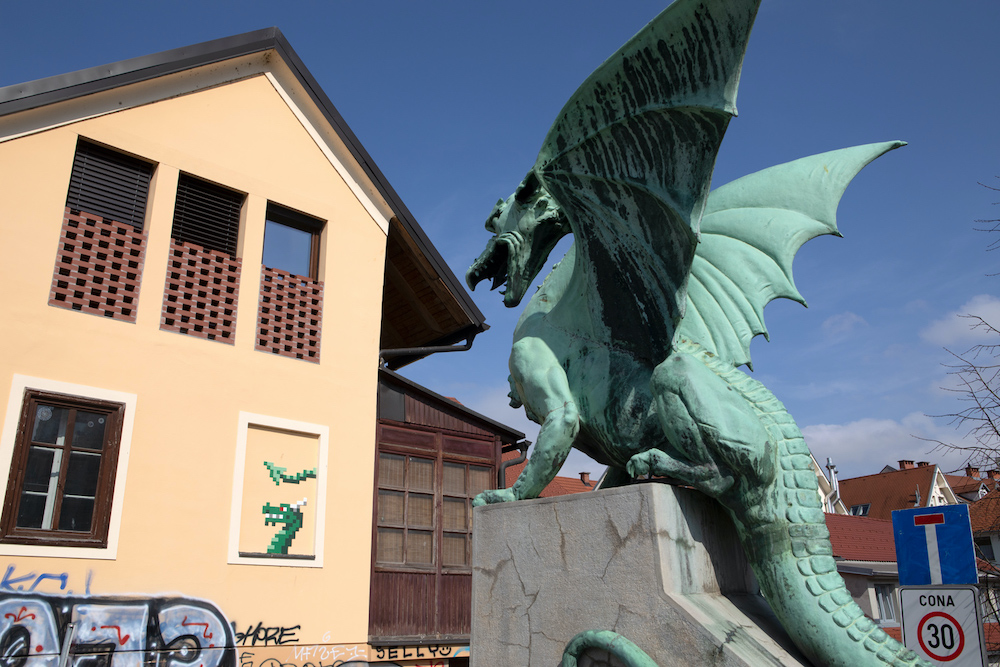 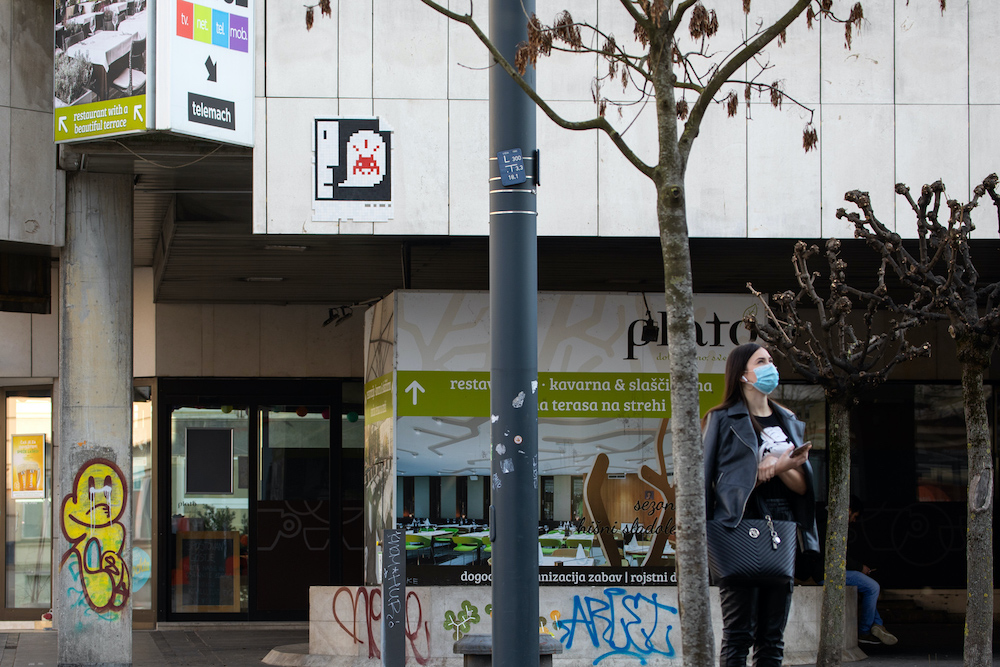 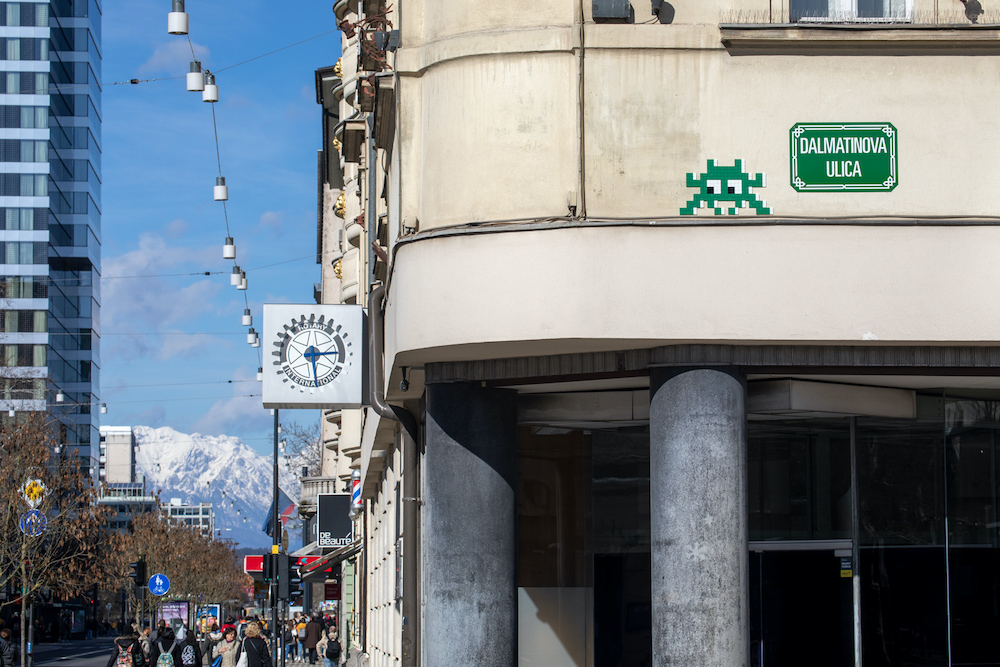 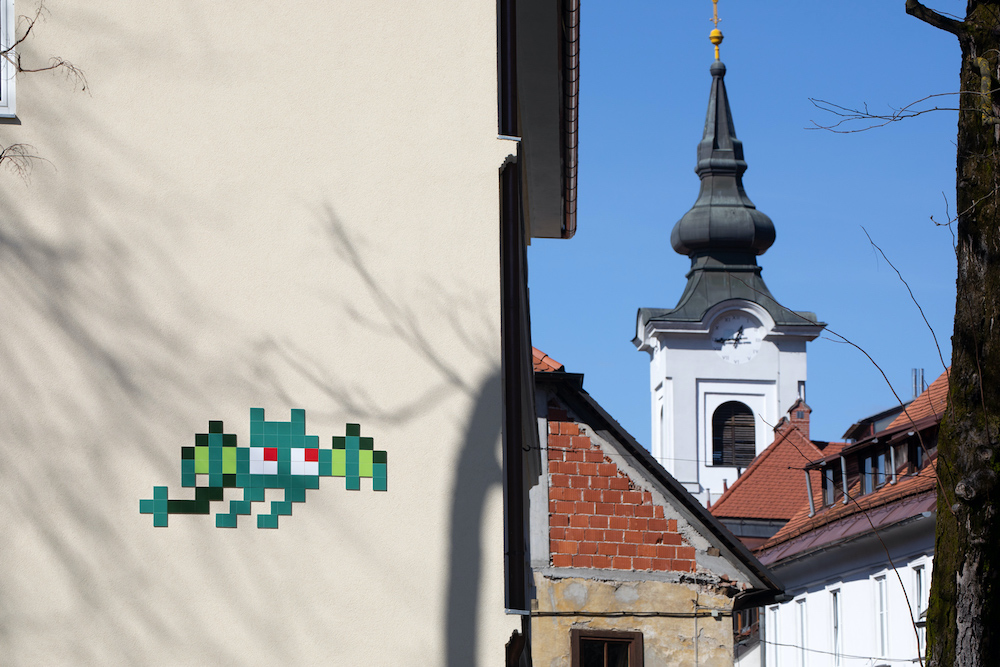 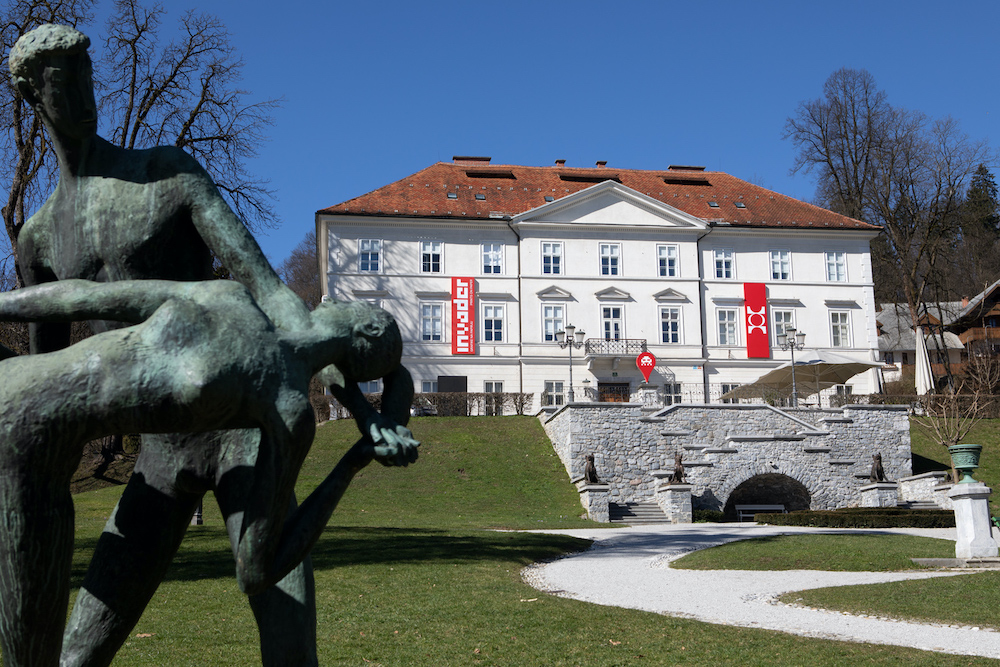 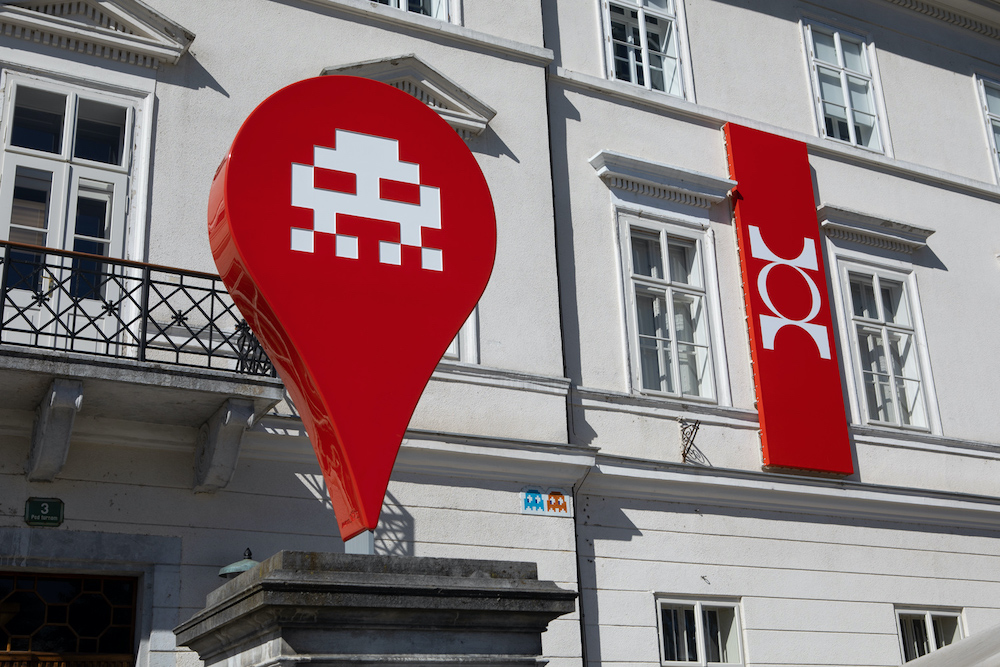 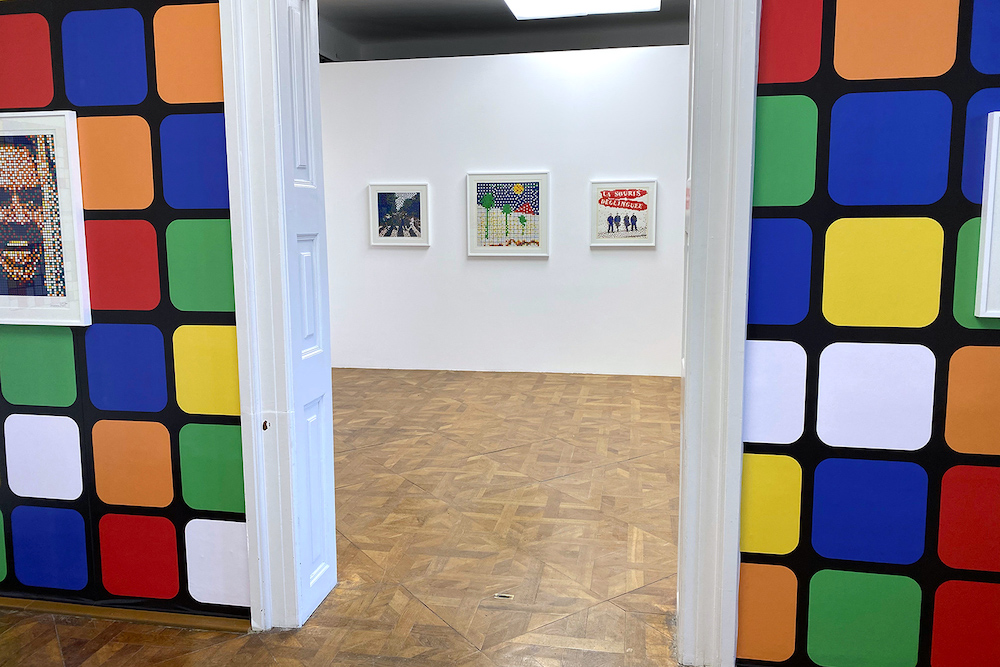 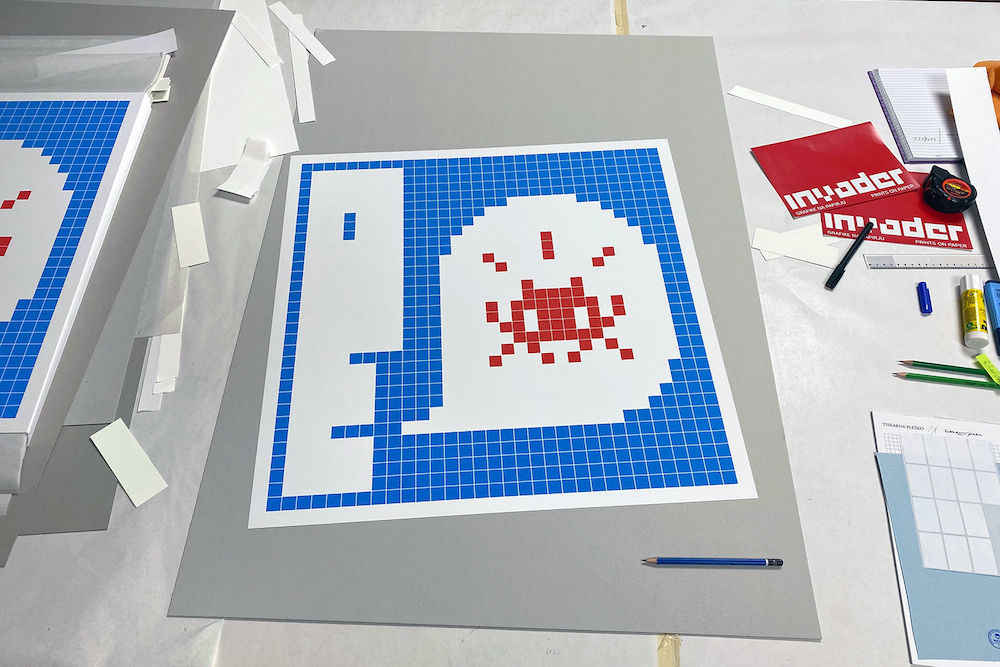 Coinciding with his current exhibition of the fine art prints made in the past 20 years at the International Centre of Graphic Art in Ljubljana, Invader recently completed the second wave of the invasion of the Slovenian capital. Fifteen years after his first trip to the city, the infamous Frenchman placed 22 new mosaics in addition to the 20 first ones that he had installed back in 2006, raising his total world invasion count to mind-bending 3990 tiled pieces in 79 cities around the globe!

\While the activity of other artists creating public work around the globe has been put on hold in the past year, the man who invaded everything from underwater sculptures, over the walls of Louvre, all the way to Earth's atmosphere,, obviously had to work out a way to continue playing the game he invented himself. "This invasion has been postponed for more than 6 months, one week after another, so yes, one can say that the pandemic has added new obstacles to the process of invasion," the artist told Juxtapoz when asked if completing this level with the pandemic setting added new challenges or perhaps excitement to the project. "Eventually, I decided to go to Ljubljana no matter what. I had to go there by car - 2 days of driving from Paris and 2 borders to cross - because there were no flights anymore." Known for his notorious and well-justified anonymity as well as the system of working "in waves" his practice never felt more bonafide than at current times. "Once there, I had to deal with the curfew and wear a mask during the installations, which is finally a good thing in terms of anonymity," he told us about how the new situation almost worked to his benefit.

As usual with his practice, the artist chose a locally recognized subject around which he developed his mosaics for this undertaking. Familiar with the popularity of the dragons from the local Dragon Bridge over the Ljubljanica river which includes four large statues on pedestals along with sixteen smaller ones, Invader chose this familiar symbol as a common thread of this invasion. When asked how different was the first wave of his invasion compared to this one, he responded, "There is definitely a big evolution in regard to the artworks and the technique to install them. But otherwise, my way of working in the streets has not changed that much because of the pandemic situation - I haven’t met any people, I was like a shadow in a ghost city."

And while his exhibition keeps being opened and closed to the public following the local health regulations, Invader is currently preparing the release of a limited edition print made with the silkscreen workshop of MGLC. Following the release of an eponymous catalog raisonné earlier this year, the details of the upcoming release are yet to be announced via Invader's Instagram. —Sasha Bogojev