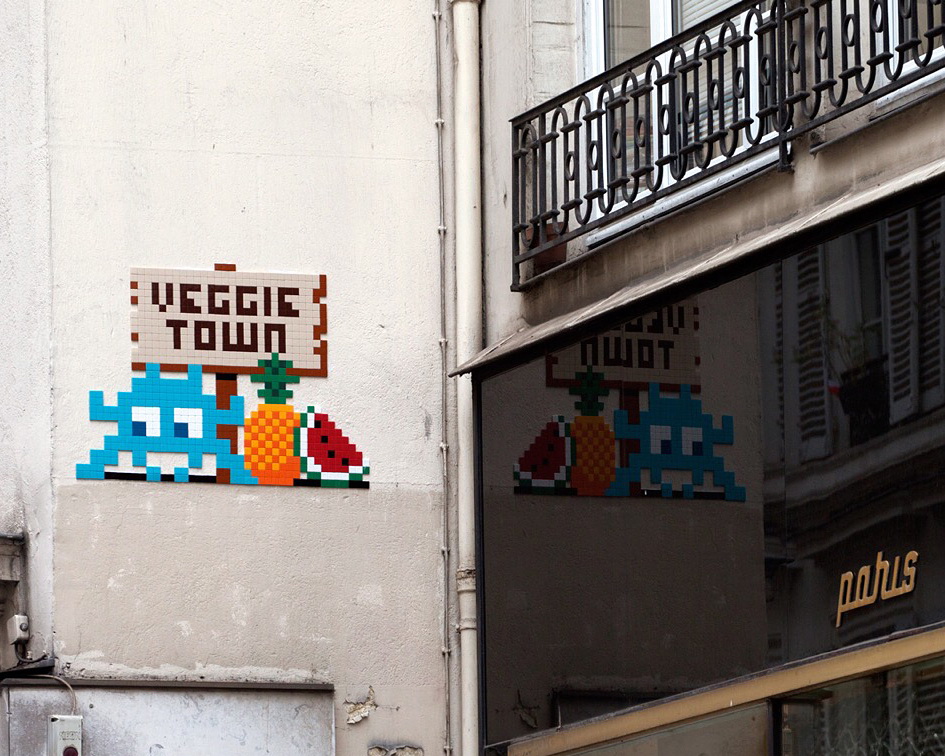 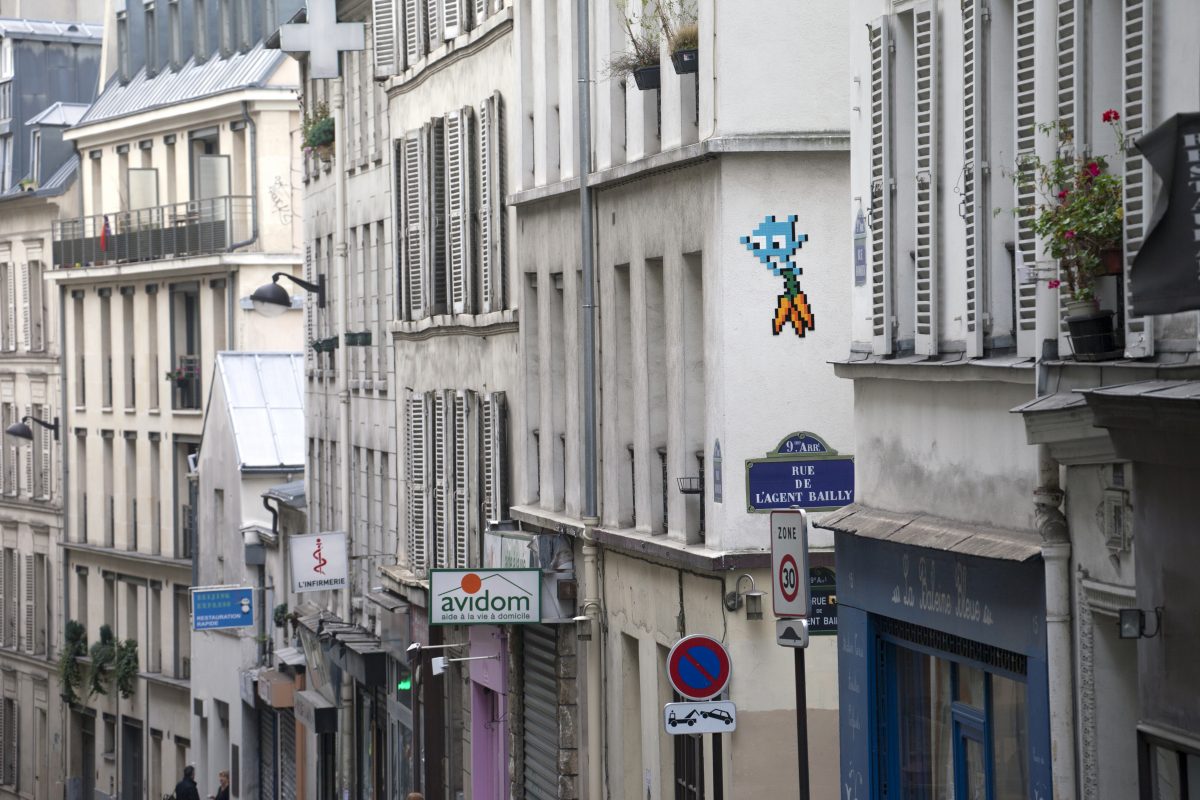 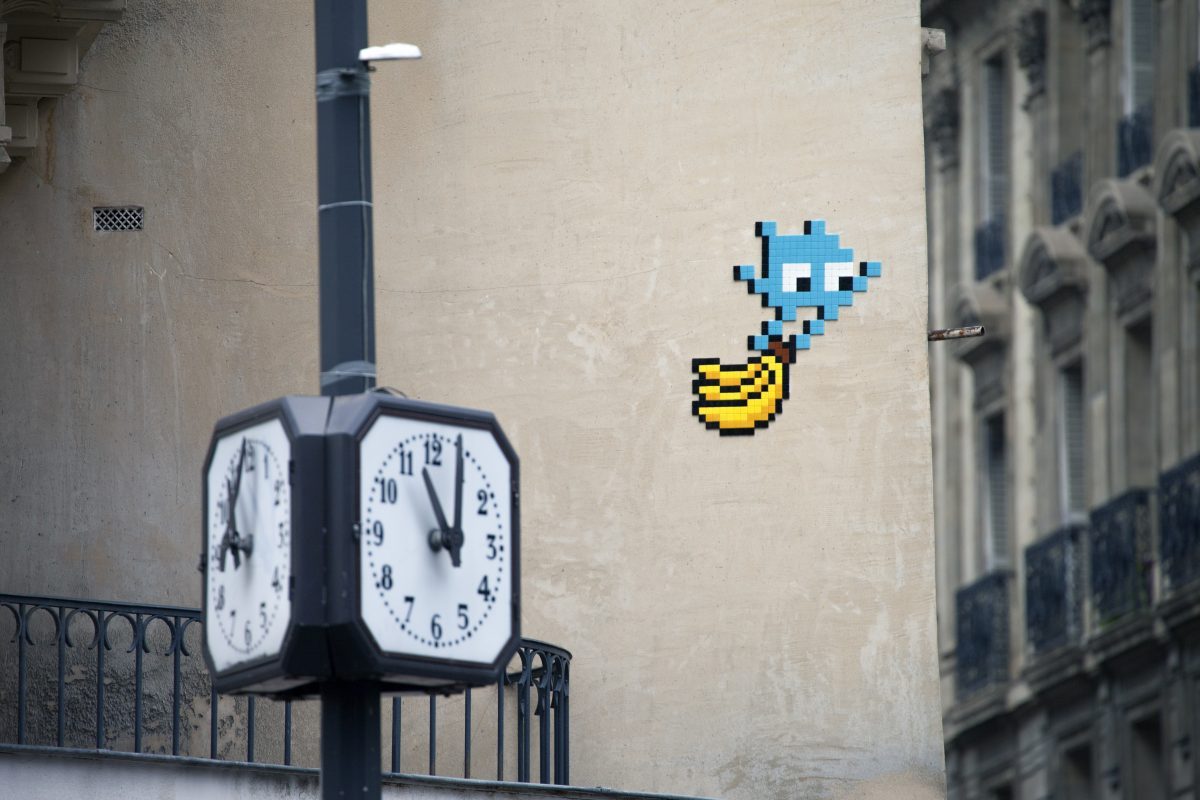 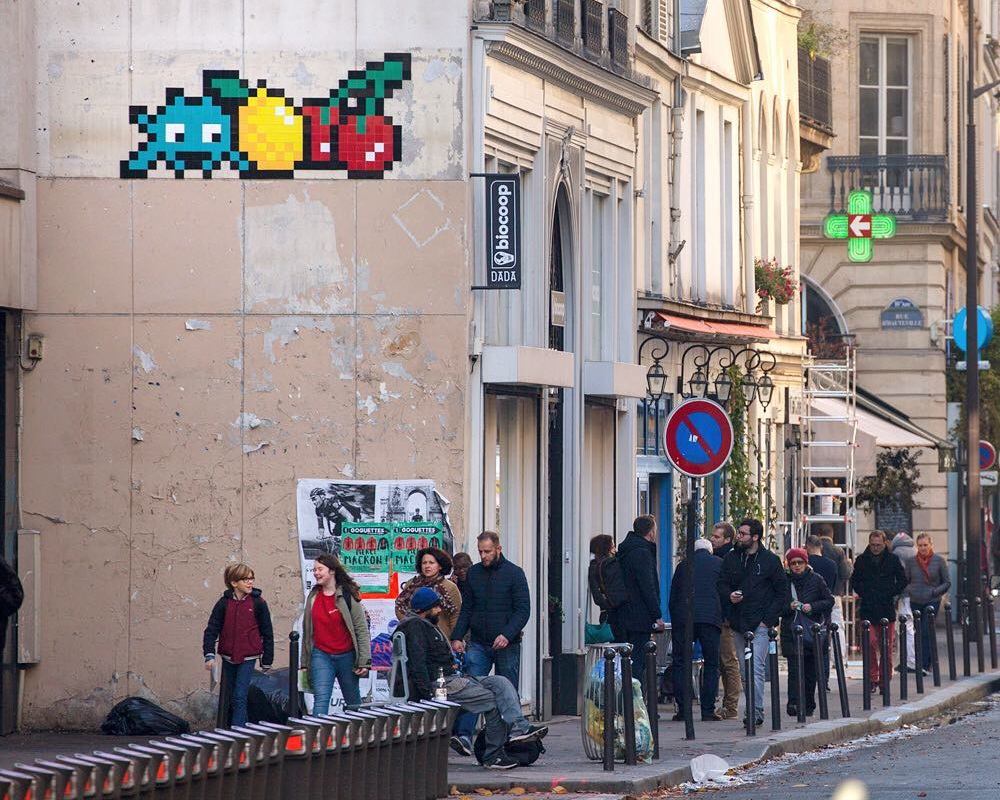 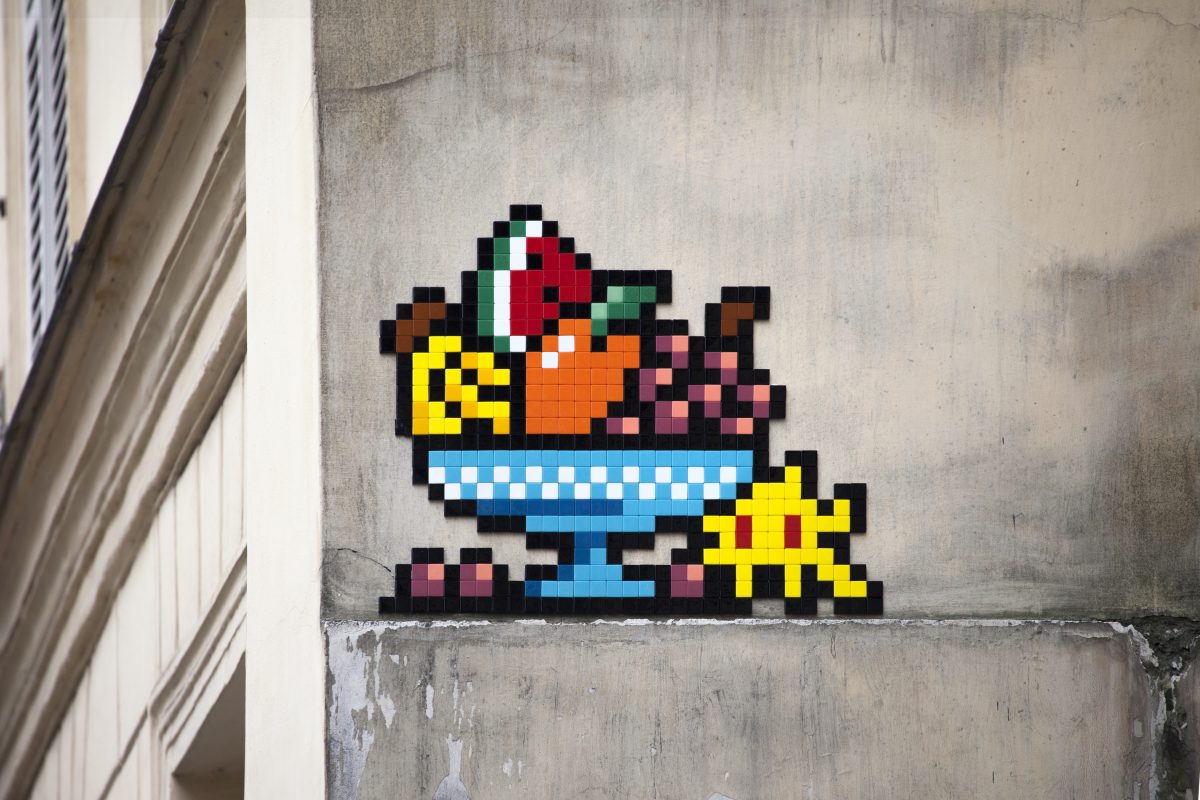 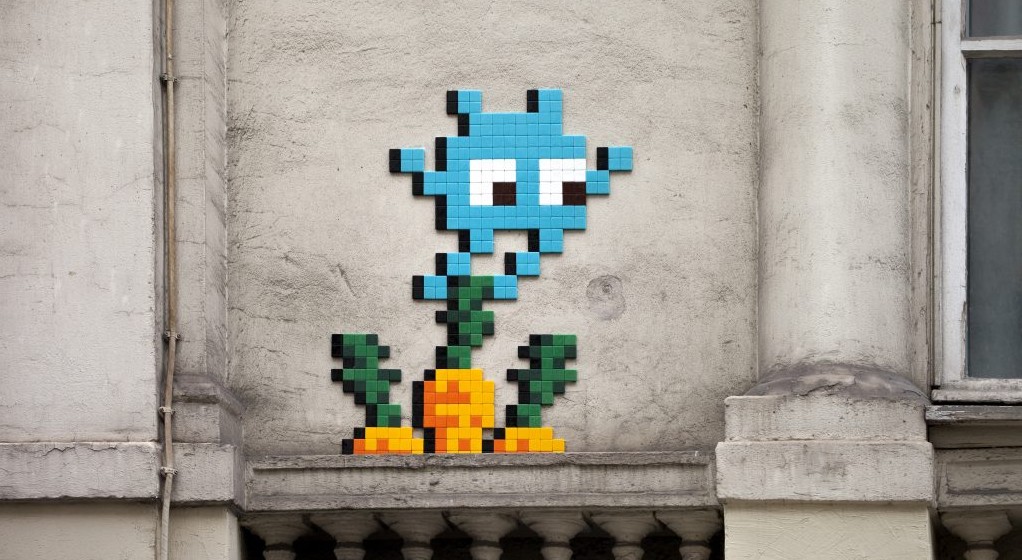 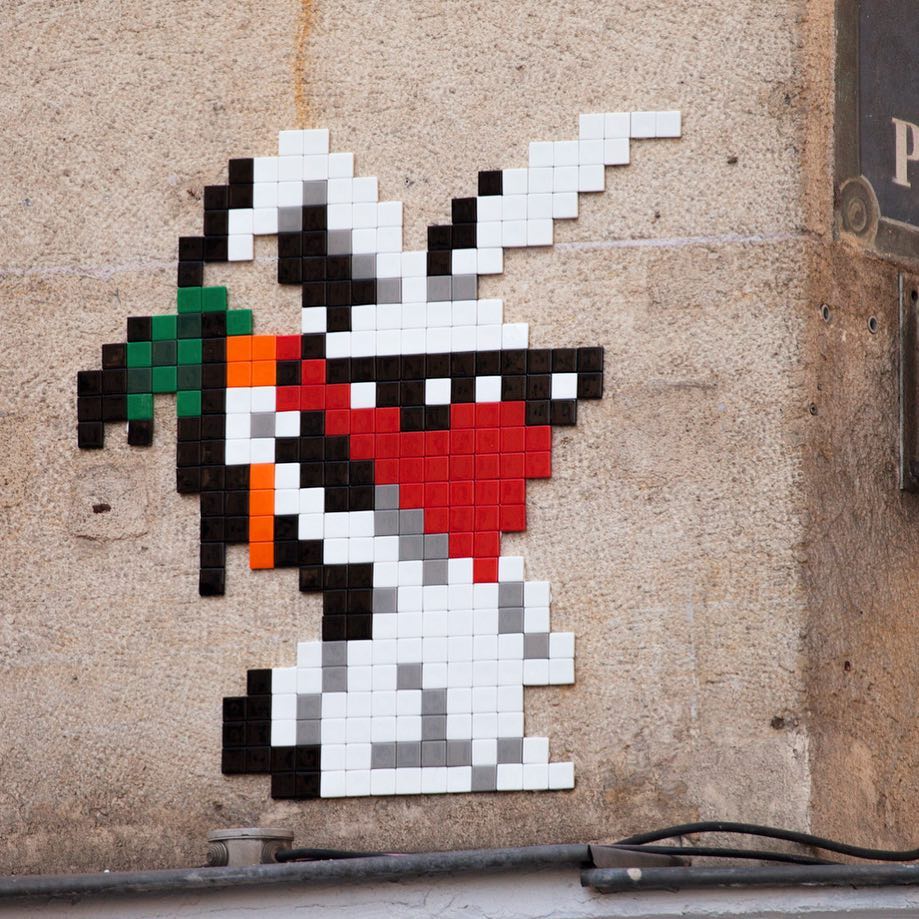 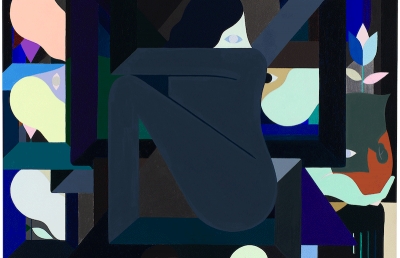 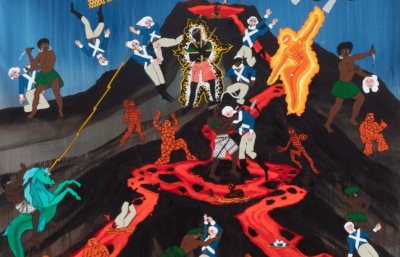 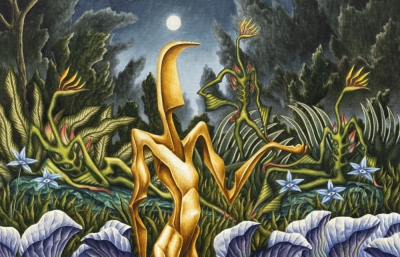 Continuing his everlasting world invasion, and the invasion of his ever changing hometown in particular, Invader recently started placing new series of special aliases around the 9th and 10th arrondissements of Paris. Including varied fruits and vegetables in different forms, these pieces are marking the vegetarian neighborhood that is becoming known as Veggietown, as named by the Vegetarian Association of France in 2016.

Once known as the fashion capital's mecca for fur and leather trading, these neighborhoods are witnessing an emerging array of new vegan, vegetarian and veggie-friendly restaurants. Seen as a symbol of transition to more sustainable and animal-friendly dining, the infamous artist, who we interviewed in July 2017 issue, and is a vegetarian himself, decided to leave his mark in this important changeover and show his support for the growing veggie movement. So after years of invading the Earth, the space invaders are now growing or carrying carrots and bananas around Paris, hiding behind bowls of fruit, or just marking their new home in Veggietown. Knowing Invader's determination and persistence, there is a big chance we'll be seeing a lot more of these green-loving, pixelated guys around in the future. —Sasha Bogojev