Earlier in September, Geoff McFetridge visited Copenhagen for a project organized by V1 Gallery, Tuborg and VEGA concert hall. The project included creating a painting on canvas for the concert hall, and a mural with the same image that was painted around the corner from the venue, on neighborhood's busiest street.

By initiating this project, VEGA wanted to extend the years of their indoor show hosting activities into the public space of Danish capital. Familiar with their work as well as the music scene and band life dynamics, McFetridge created a minimalist image of 2 musicians playing together in a practice room, seen from top perspective. With few colors and couple of basic shapes, the artist managed to portray the intimate studio atmosphere in form of an almost abstract creation, creating an image that was "both familiar but you've never seen before". The same image was later painted on the facade around the corner from the venue, on a wall that hides the full piece, inviting the observer to interact with the work and discover a point from which the entire picture is revealed. The entire project was somewhat of an introduction for McFetridge's upcoming debut @ V1's Eighteen gallery coming up later in October. —Sasha Bogojev 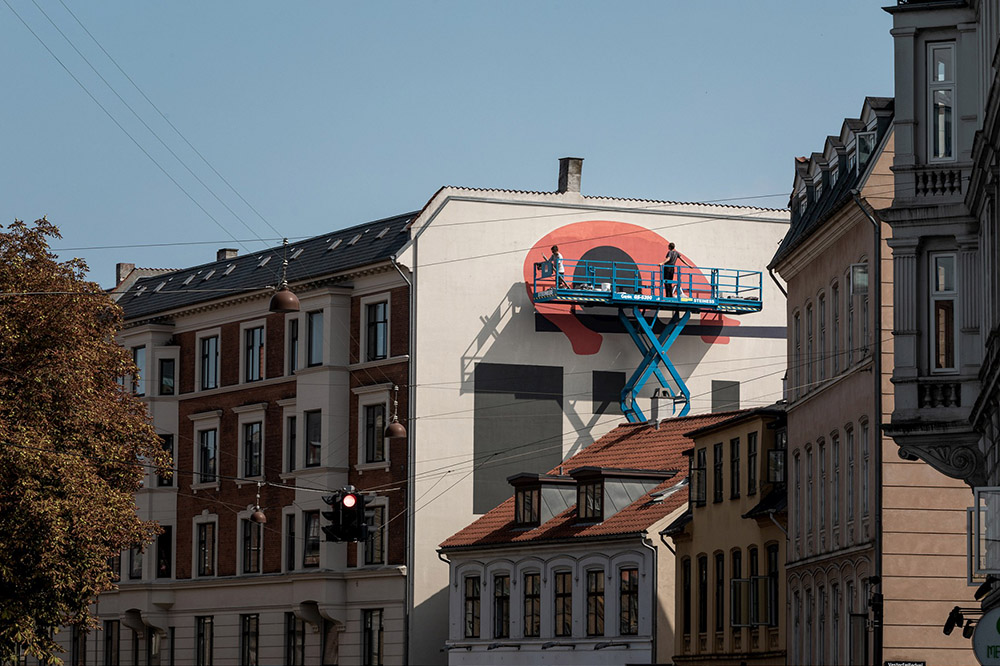 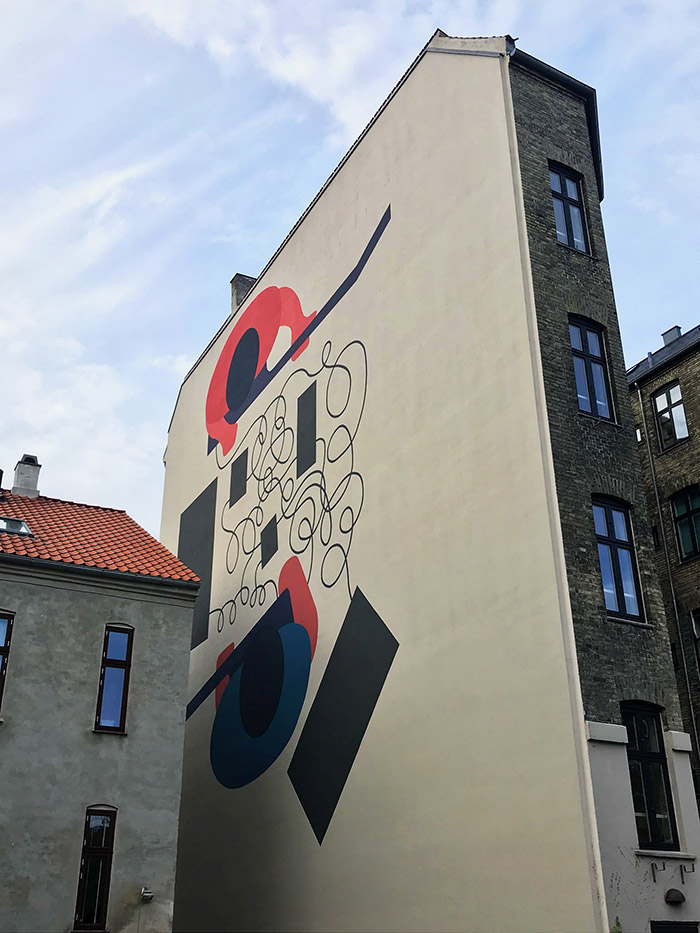