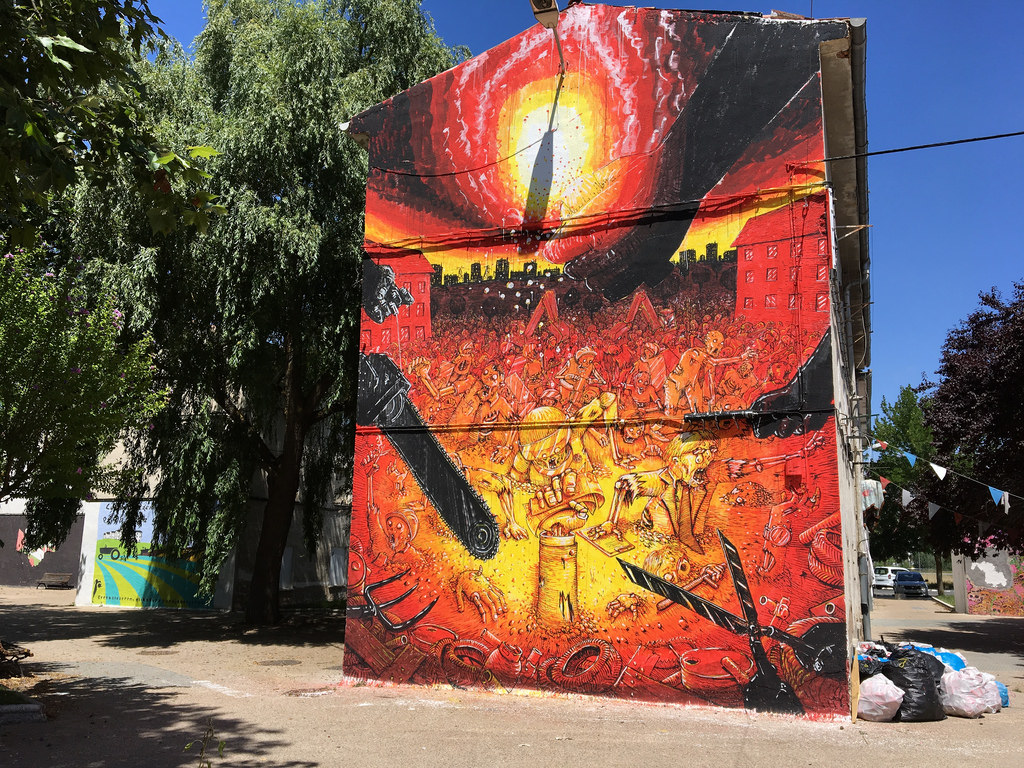 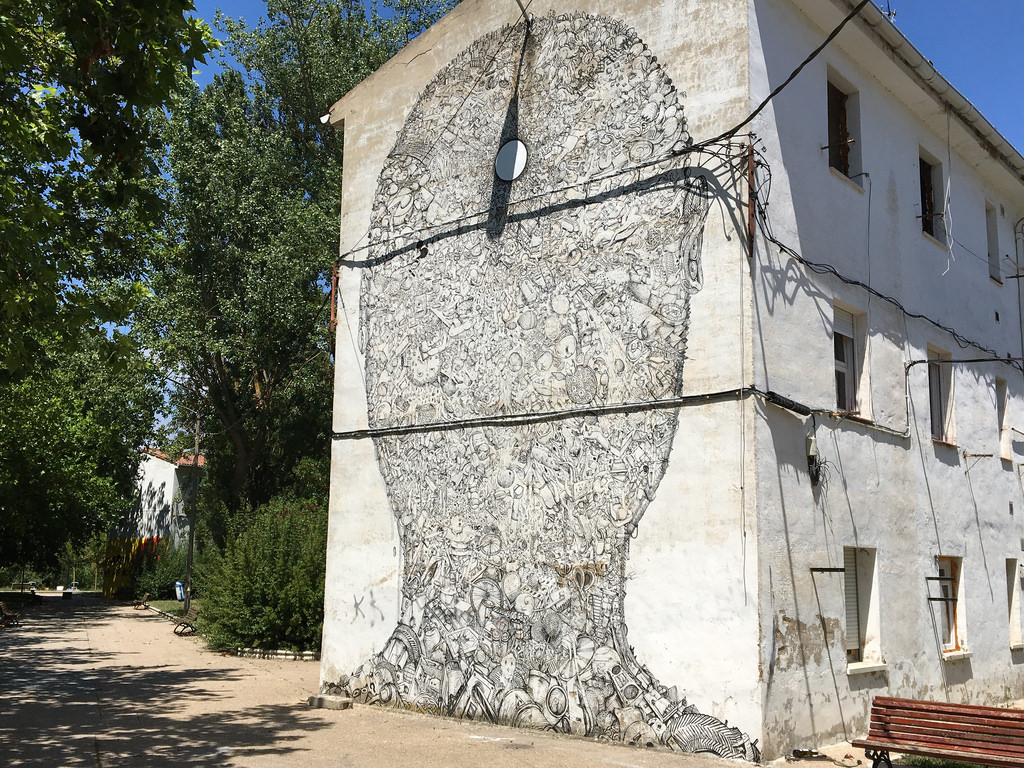 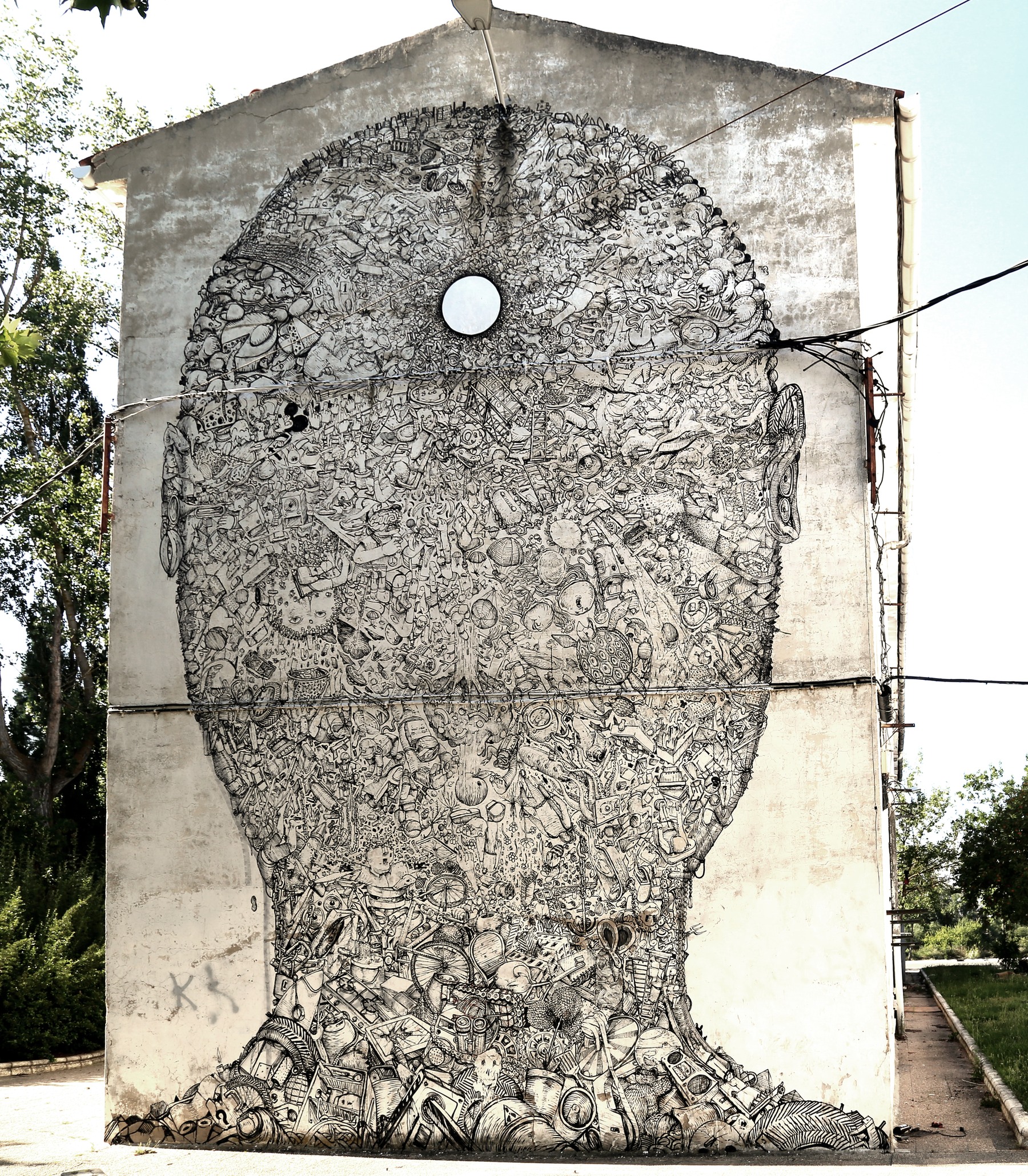 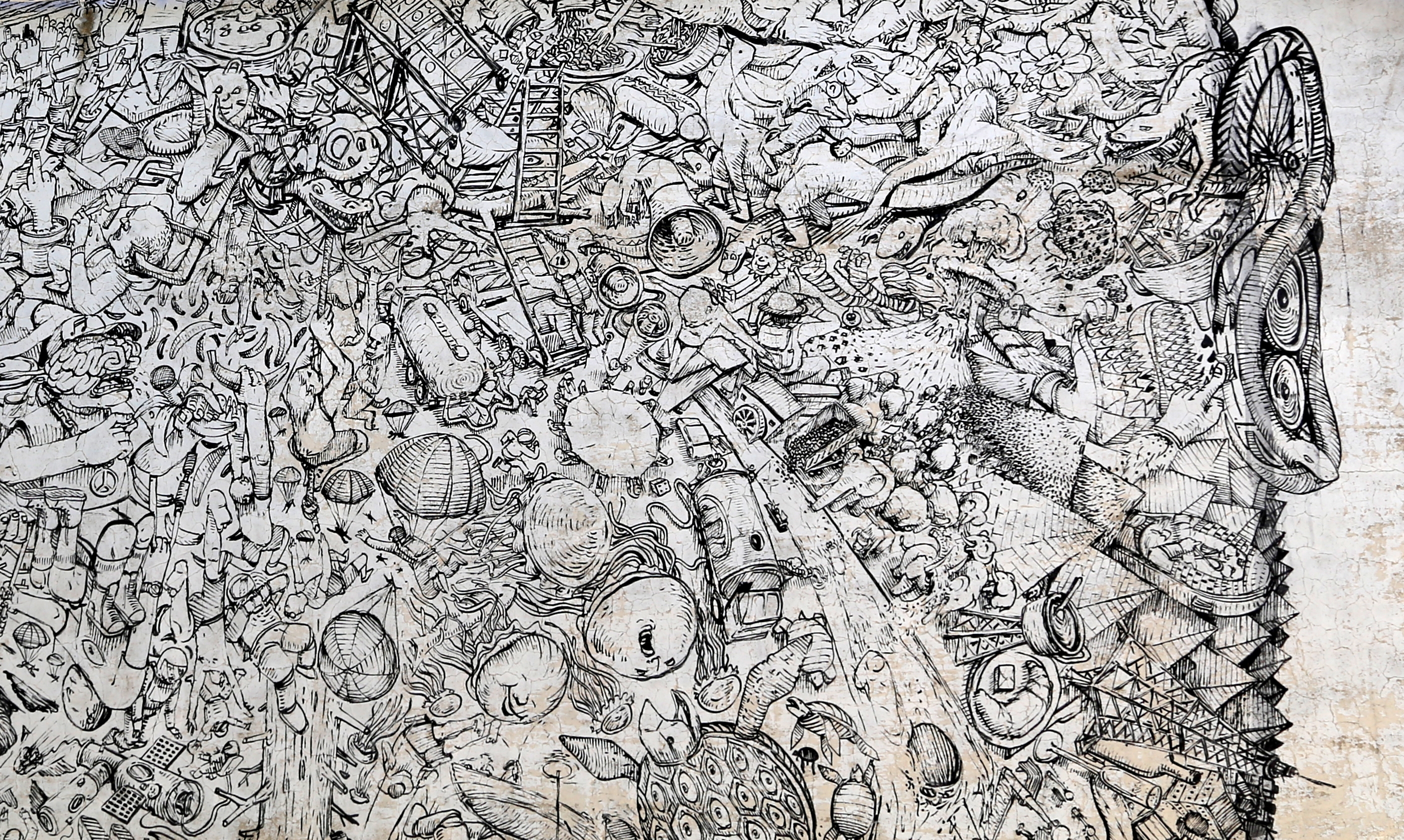 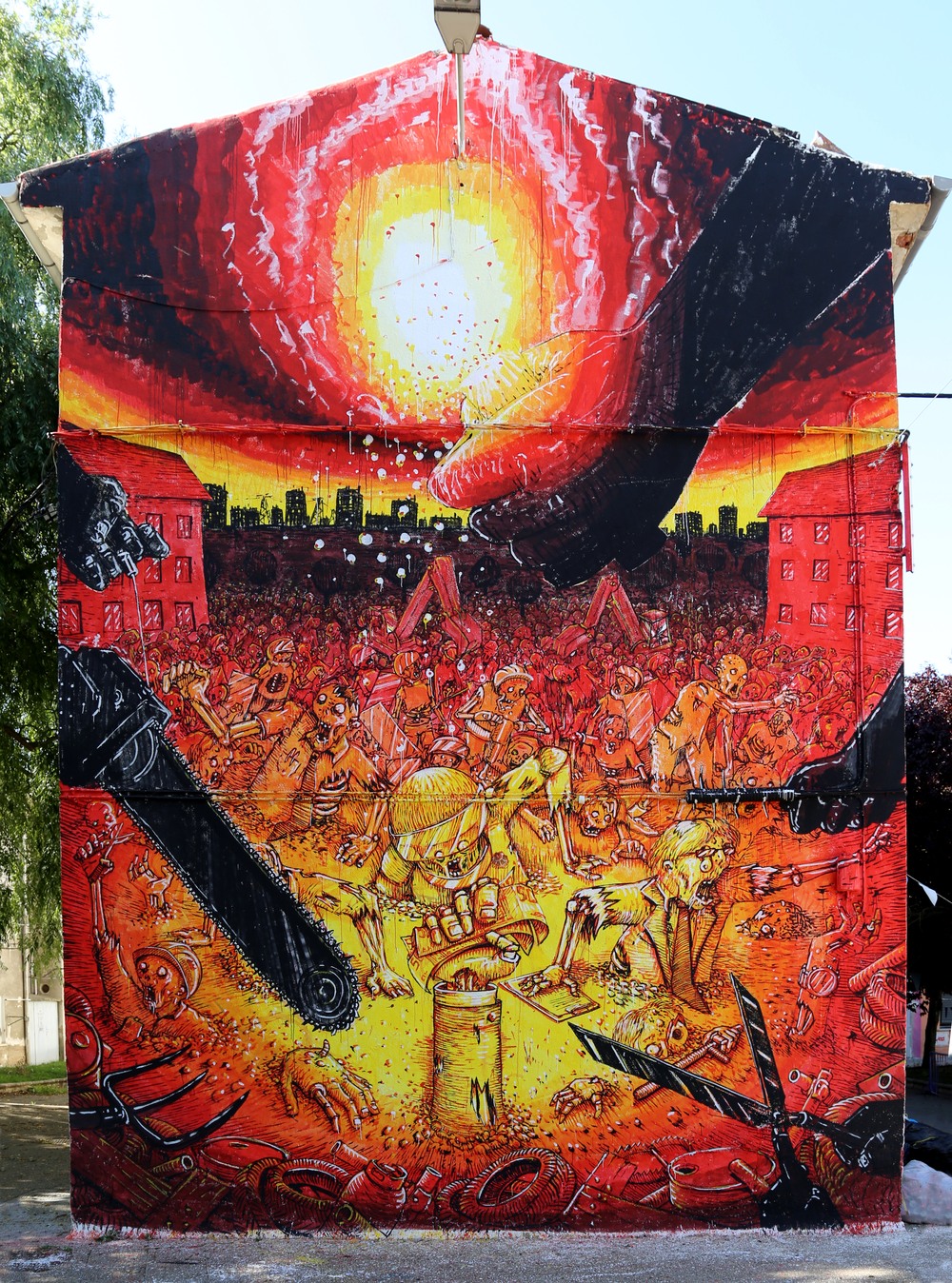 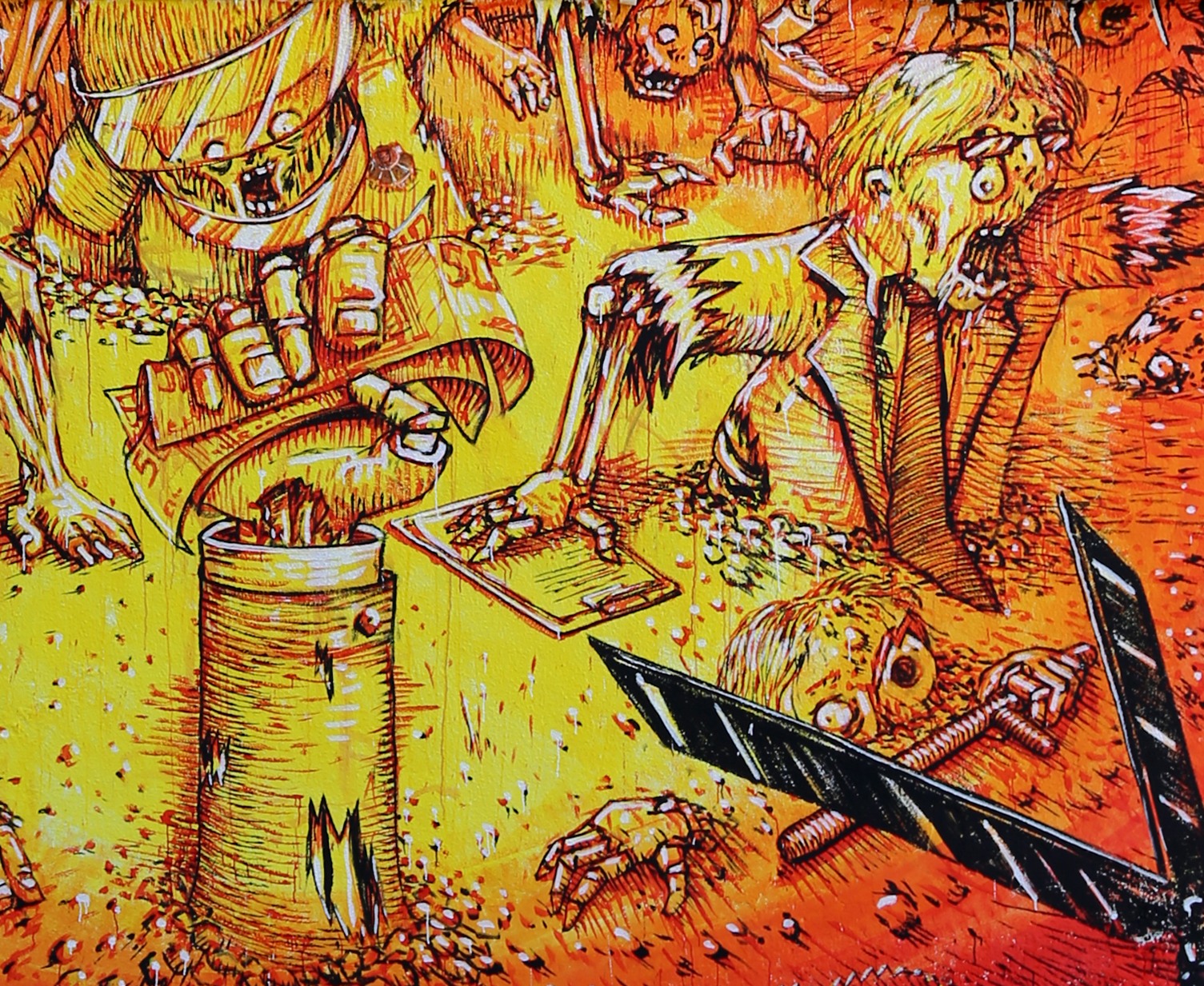 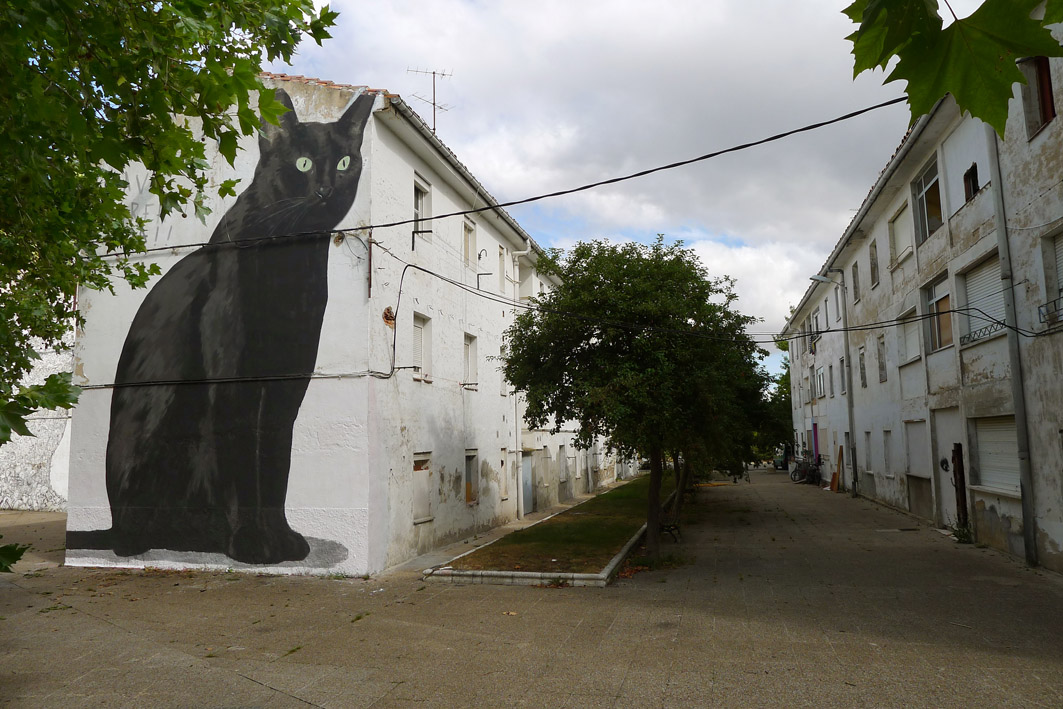 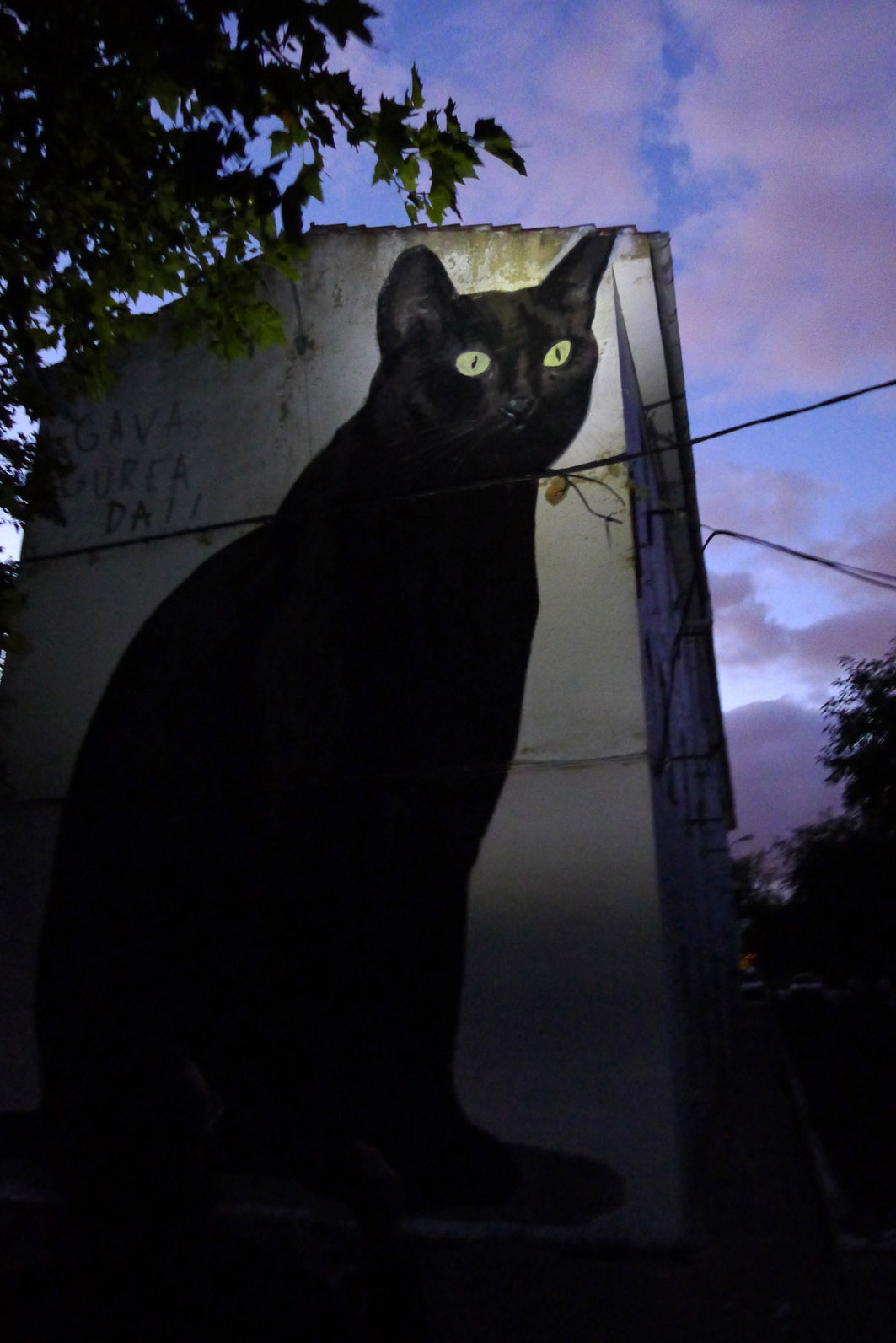 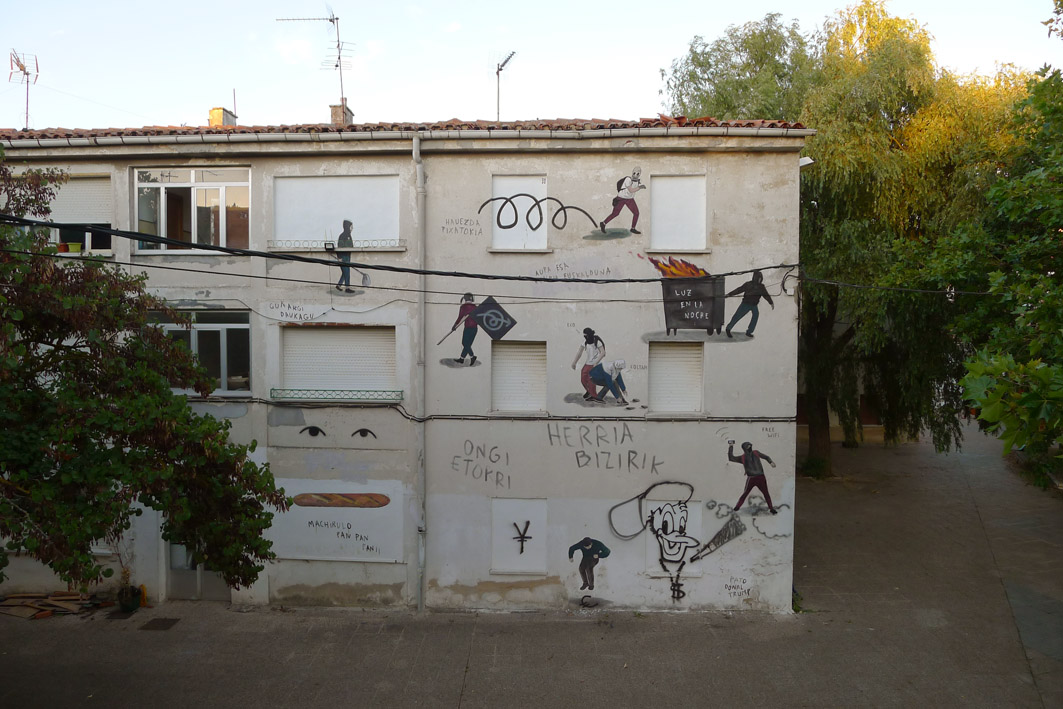 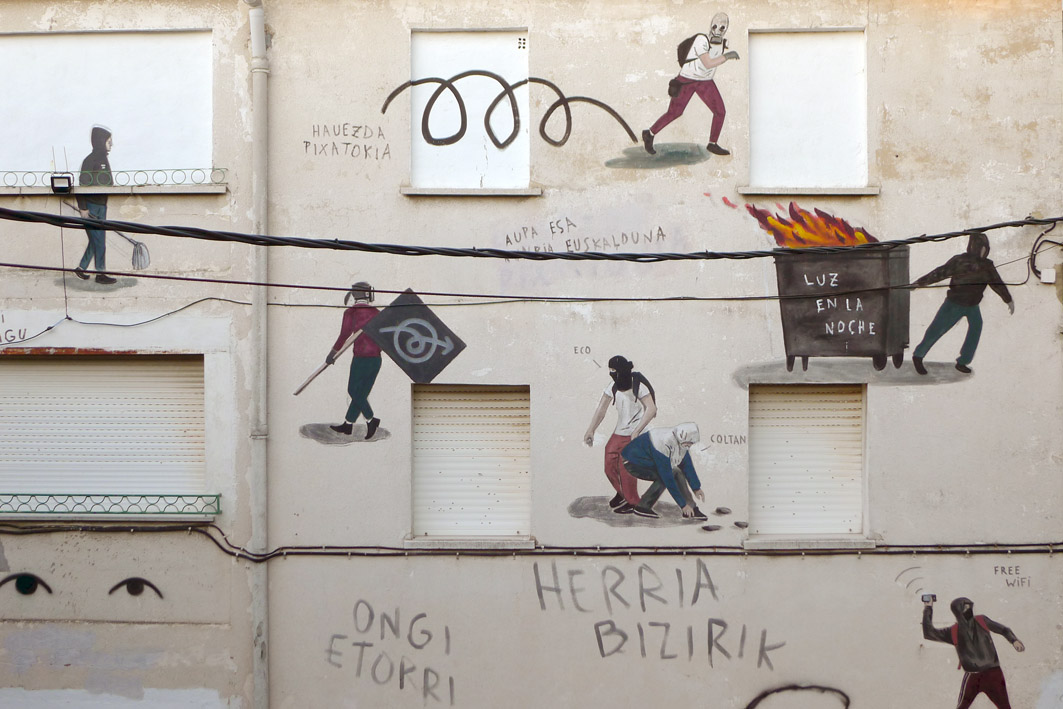 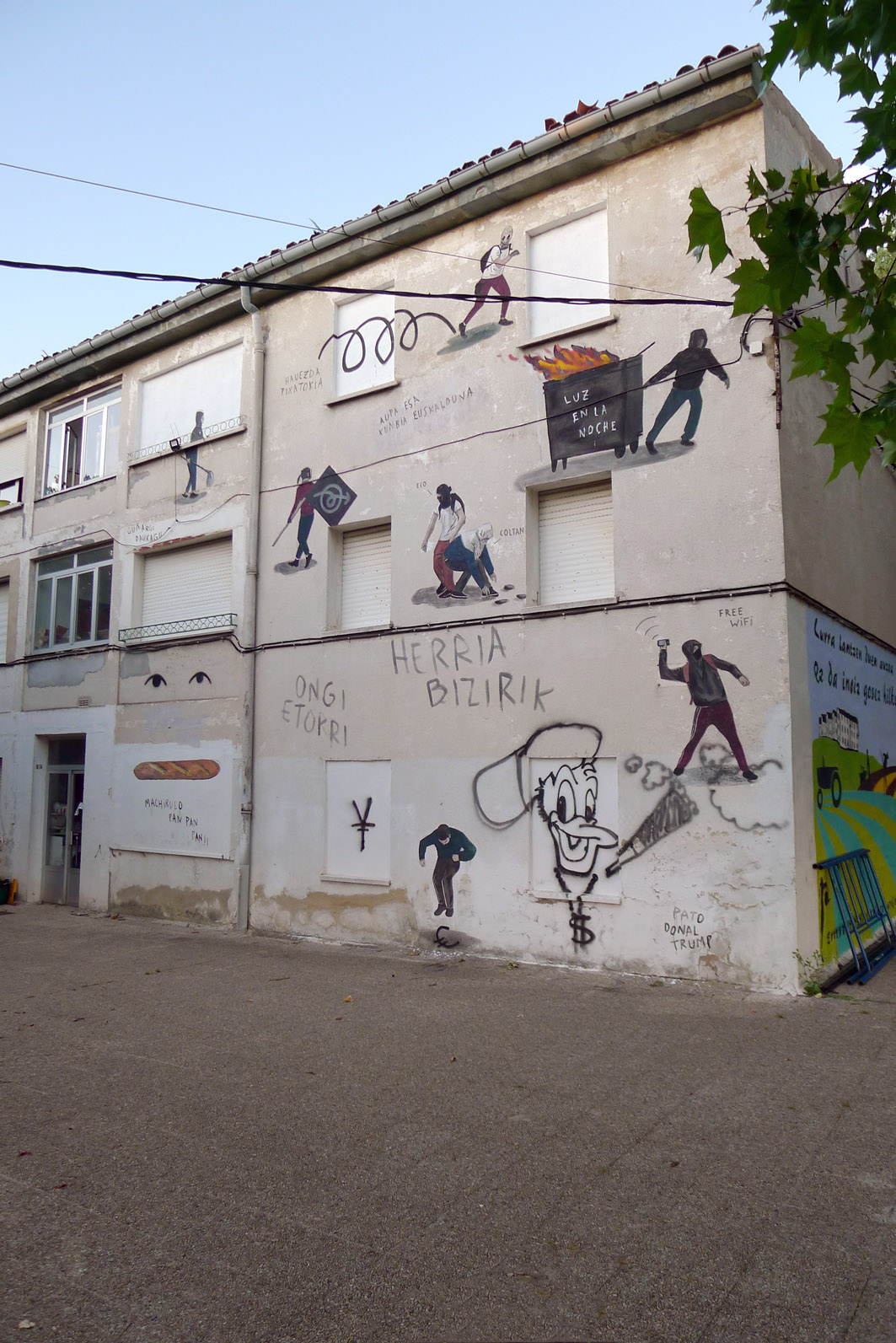 Two of the most notorious and engaged artists in the world of public or street art, Blu and Escif, both recently painted 2 murals each at the Errekaleor neighbourhood in Vitoria-Gasteiz in Basque country, Spain. Both artists joined the efforts of the local activists and inhabitants gathered around Errekaleor Bizirik project to raise awareness about this unique place and help raise funds for much needed self-sufficient renewable energy source.

Errekaleor is an unique self-managed and self-sufficient neighborhood, with collective gardens, crops, a cinema, a bakery, library, book printers, concert halls, etc, occupied by students of Vitoria-Gasteiz campus of the University of the Basque Country back in 2013. But, in effort to evict the neighbors and destroy the existing buildings in order to build new ones, local municipality and the police cut off the inhabitants from the elctrical grid 4 months ago. As a part of their cultural program as well as fundraising initiative, the members of Errekaleor Bizirik started inviting artists to paint murals and help them get international attention. Italian artist Blu visited the place back in July and painted 2 large, intricate murals that celebrate the strength of united, independent people as well as presents the greed and cruelty of the system.

Through countless symbols in his hyperdetailed visual language, he once again proved his dedication to such causes and compassion for people fighting capitalist injustice. Spanish artist Escif also painted two murals - an image of a large black cat with flurescent eyes, symbolizing the self suficenct energy source the locals are currently working on, as well as a pattern like composition showing common scenes from the lives of inhabitants often involved in protests and clashes with the government officials. In his signature style Valencia-based artist added a humorous tone to these images, such as flag with a hybrid of squatters international and Air B'n'B logo, protesters throwing phones or stomping Euro signs, etc. In the meantime the funds for solar panels and their installation was rised online, which completely turned things around, making the electricity cutout incident get more international support and recognition for the cause. —Sasha Bogojev

Photo credit by elcorreo.com and the artists