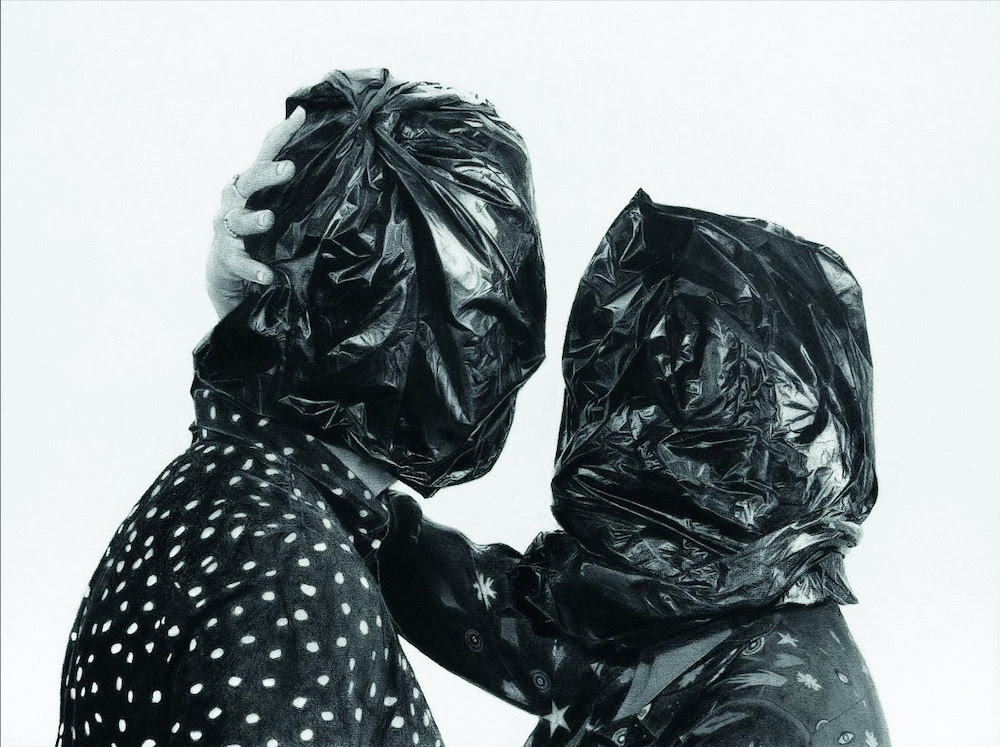 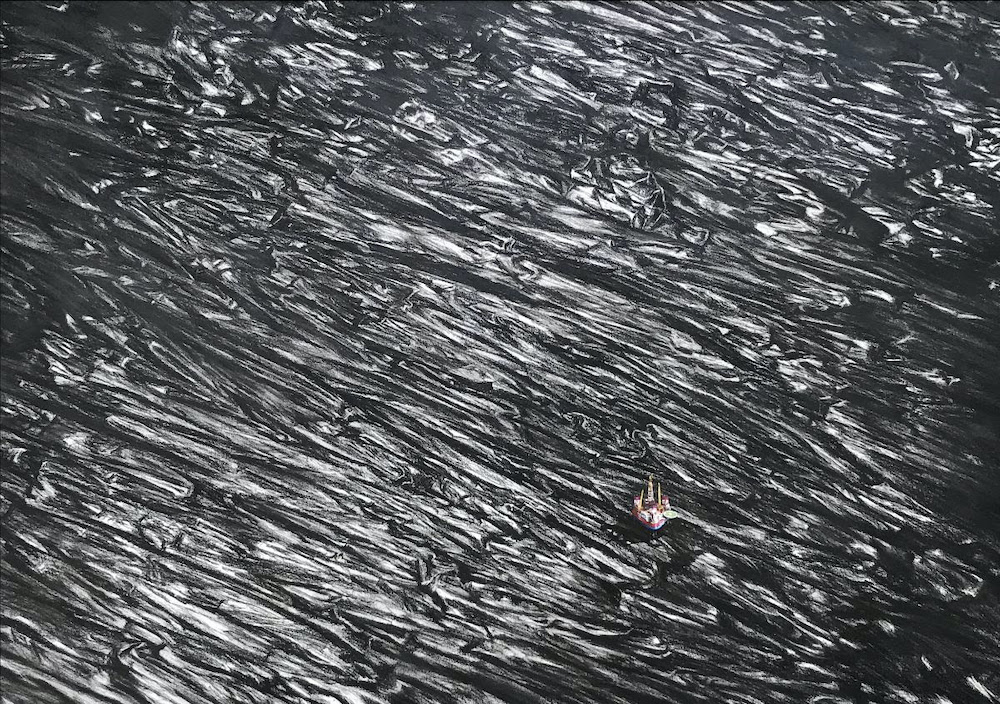 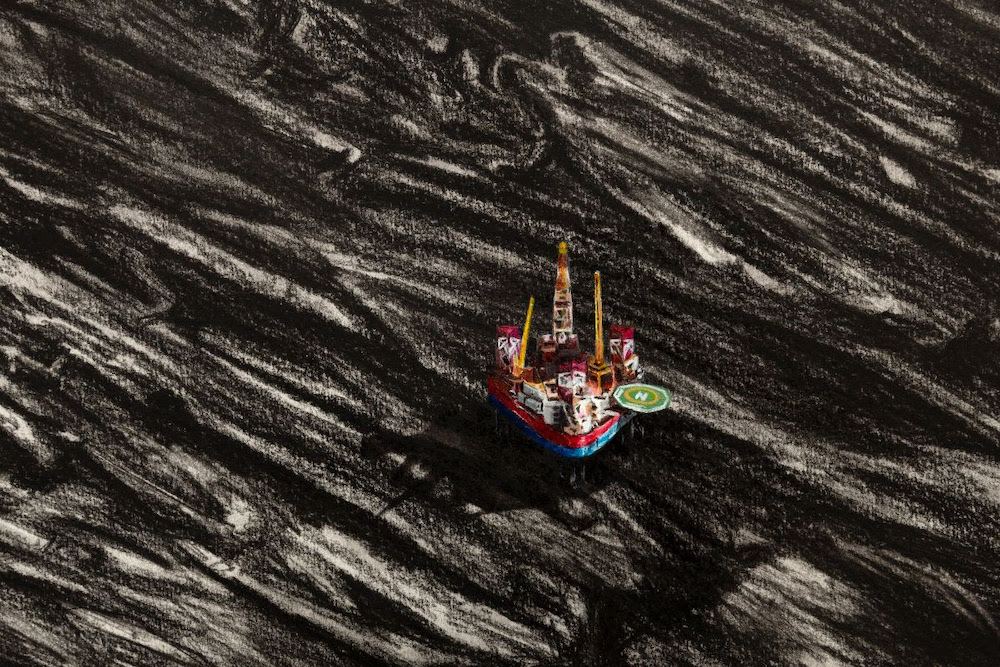 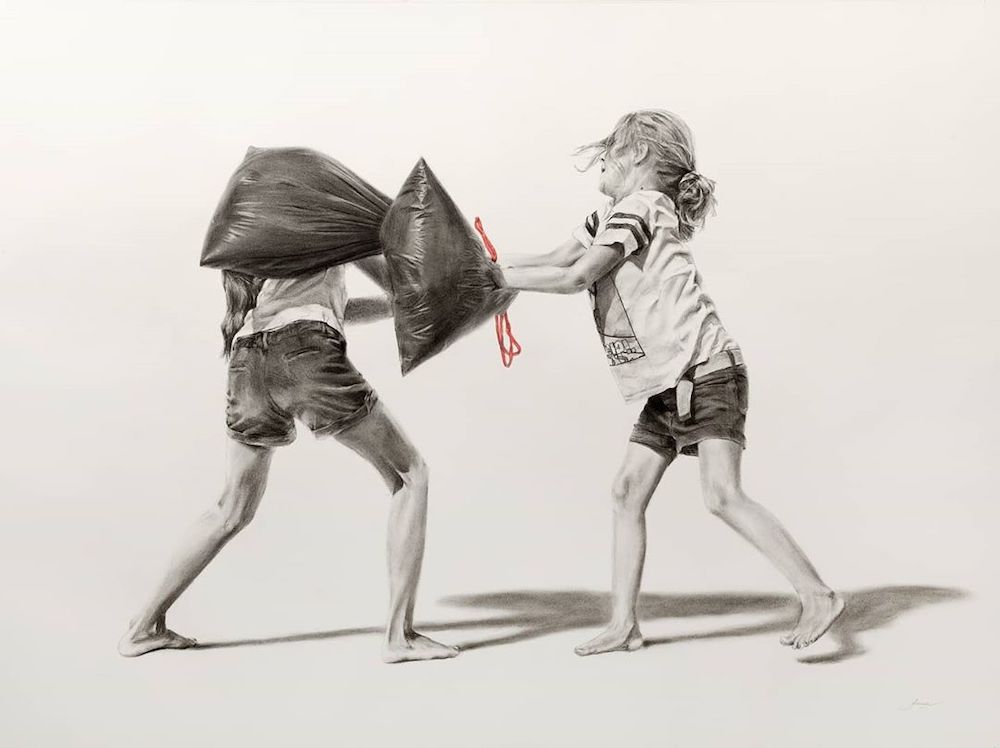 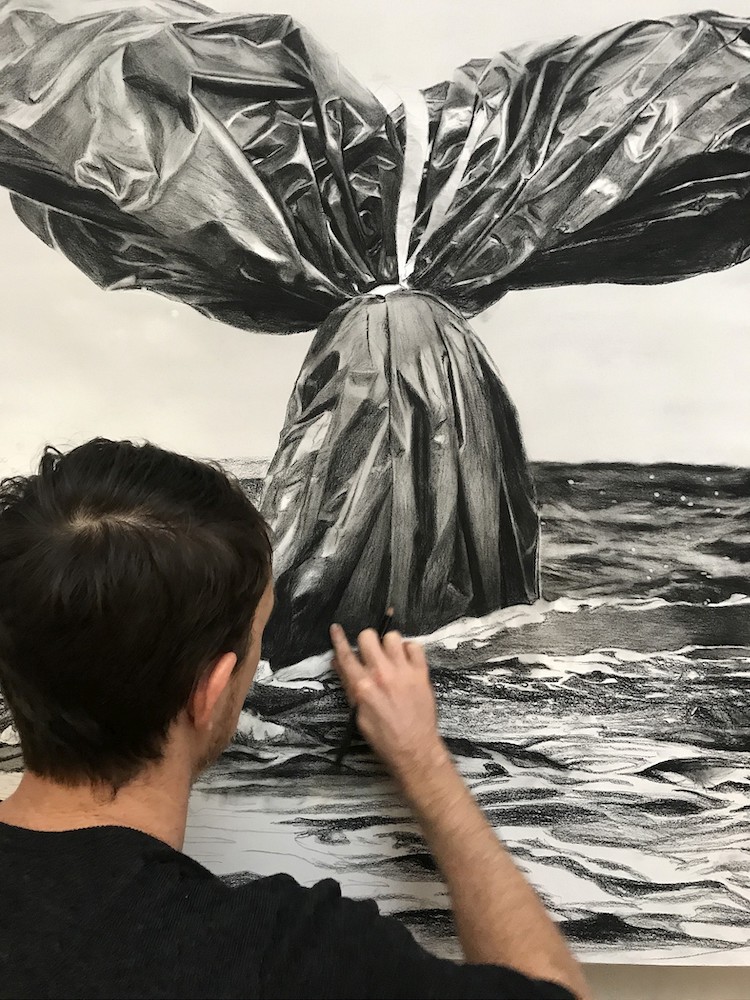 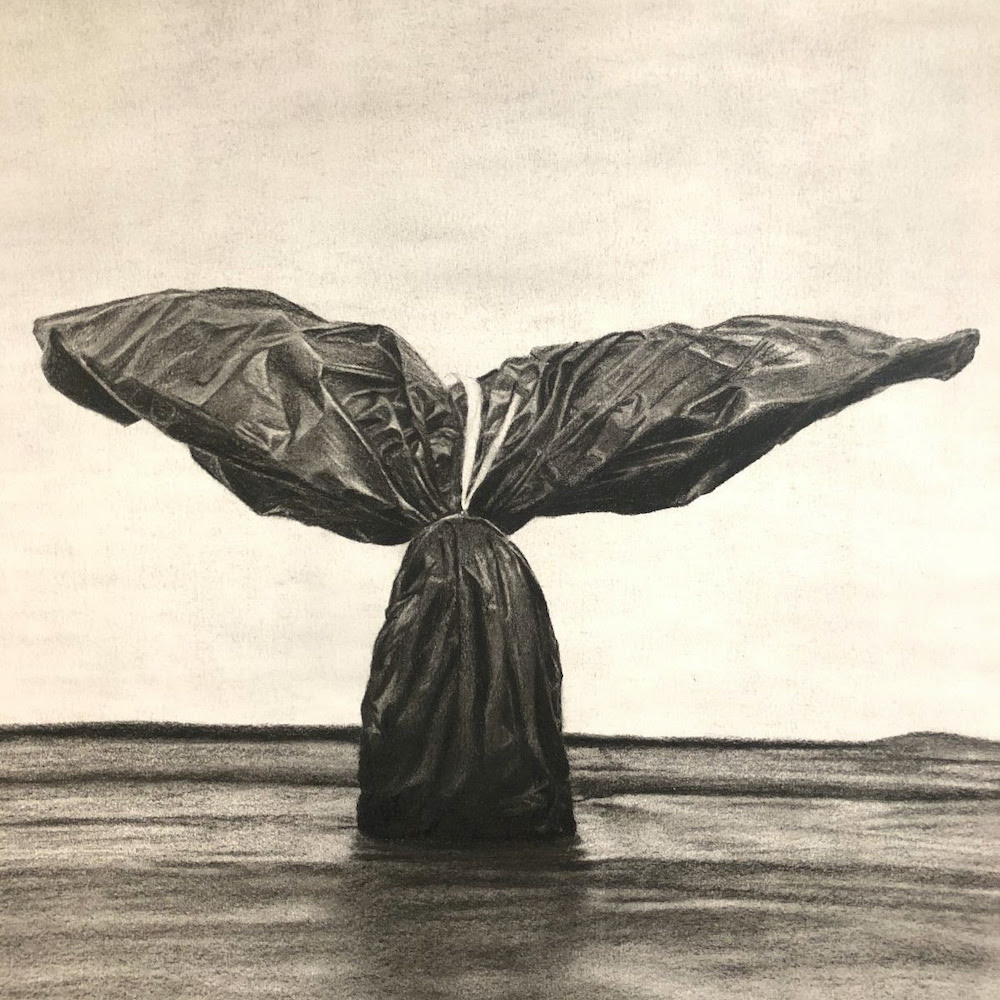 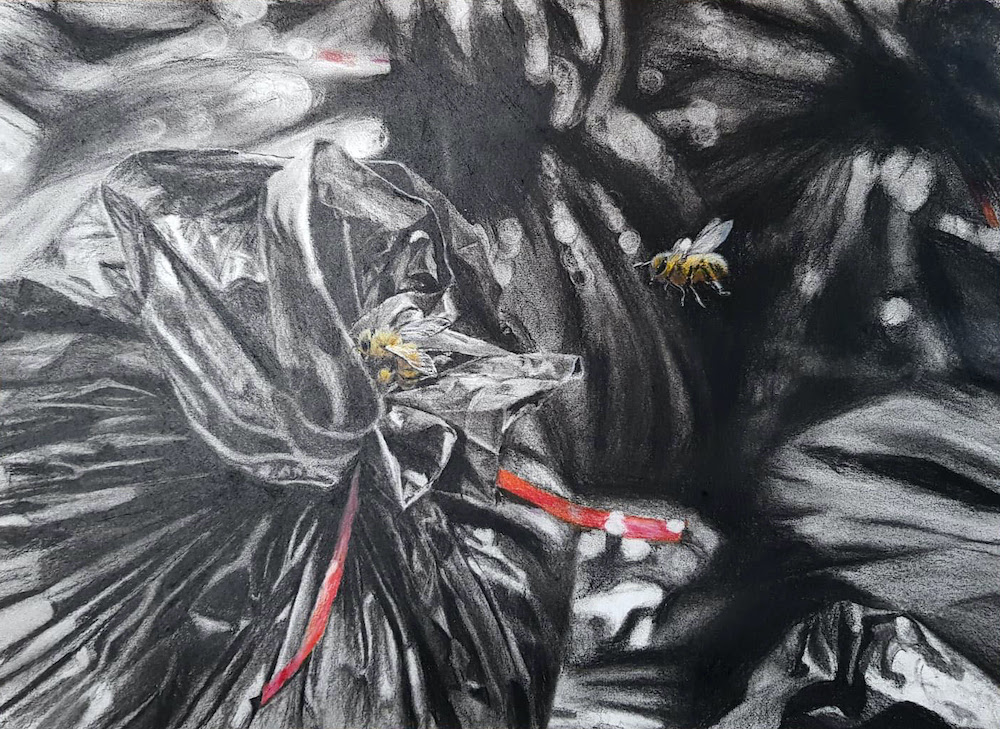 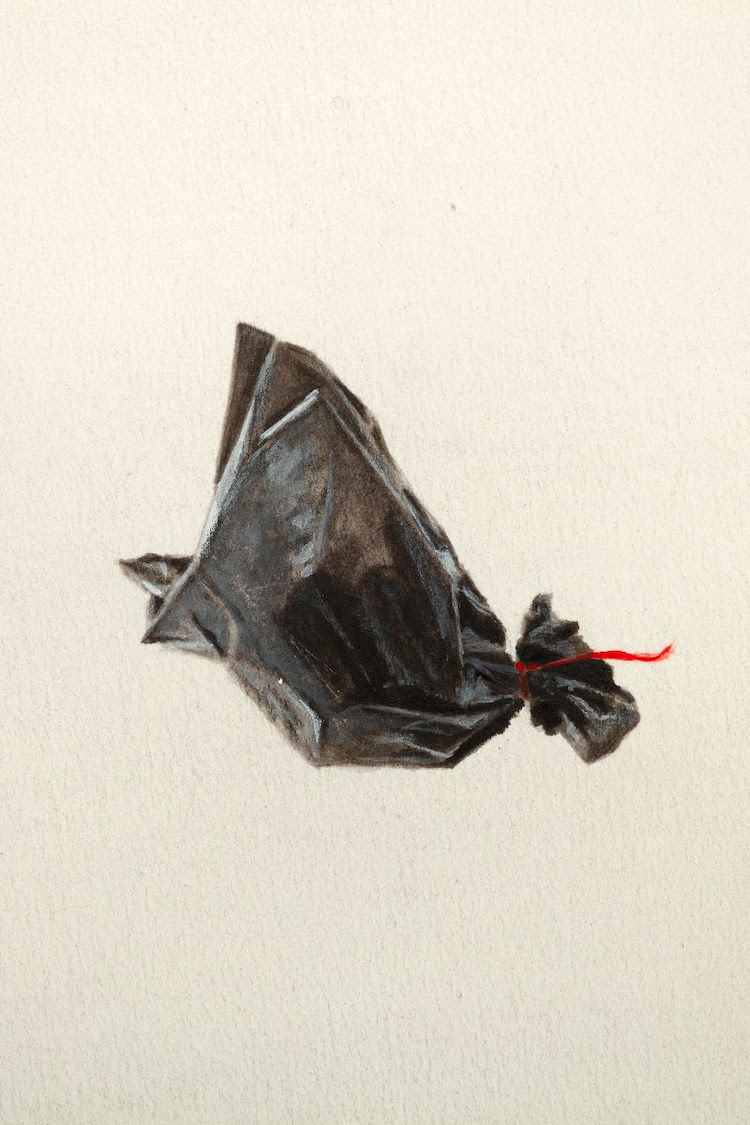 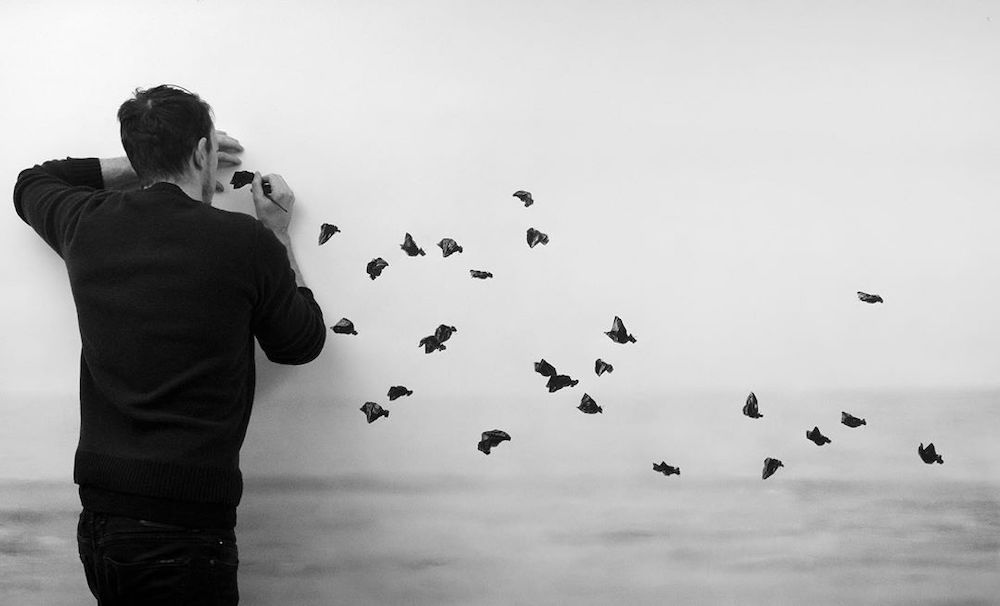 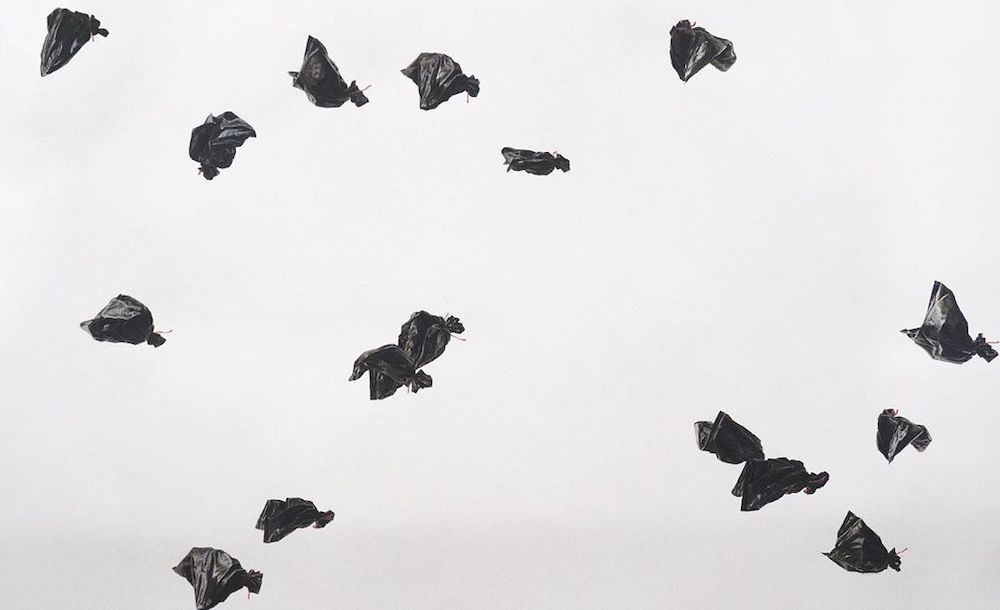 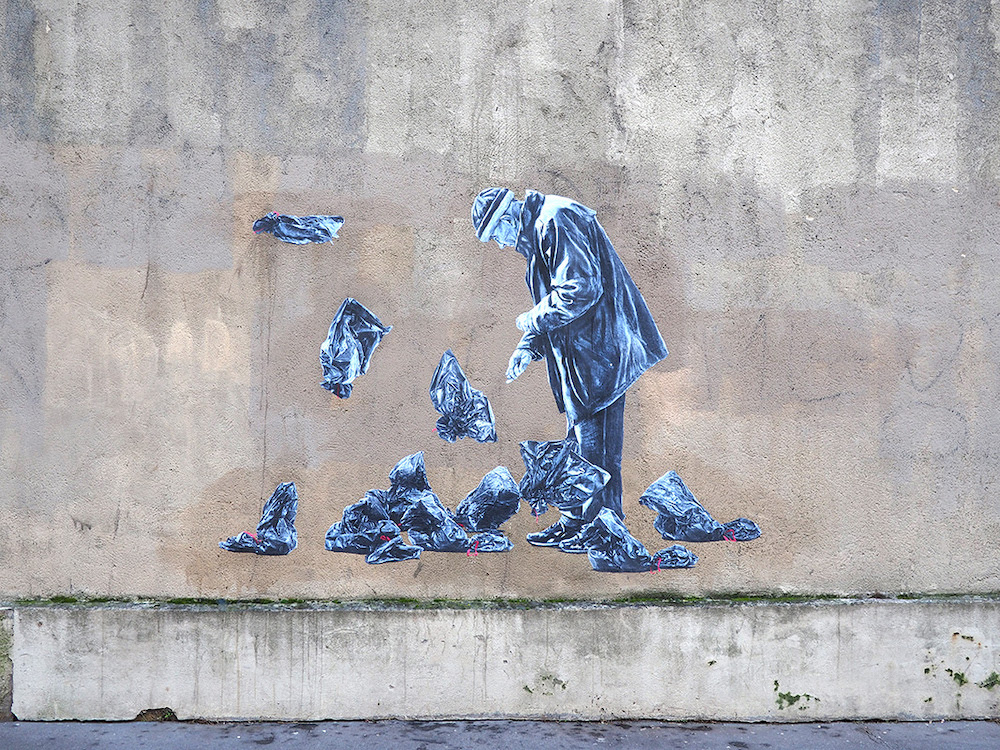 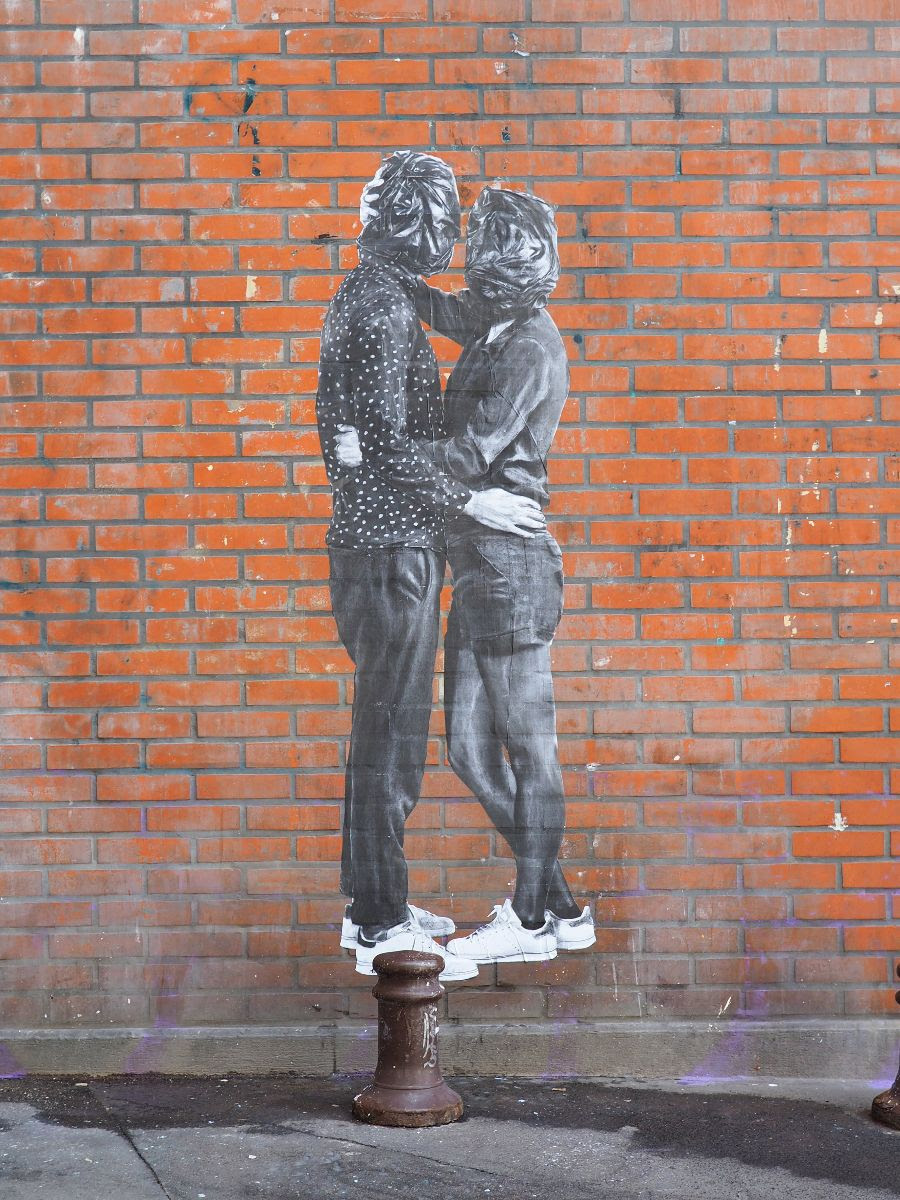 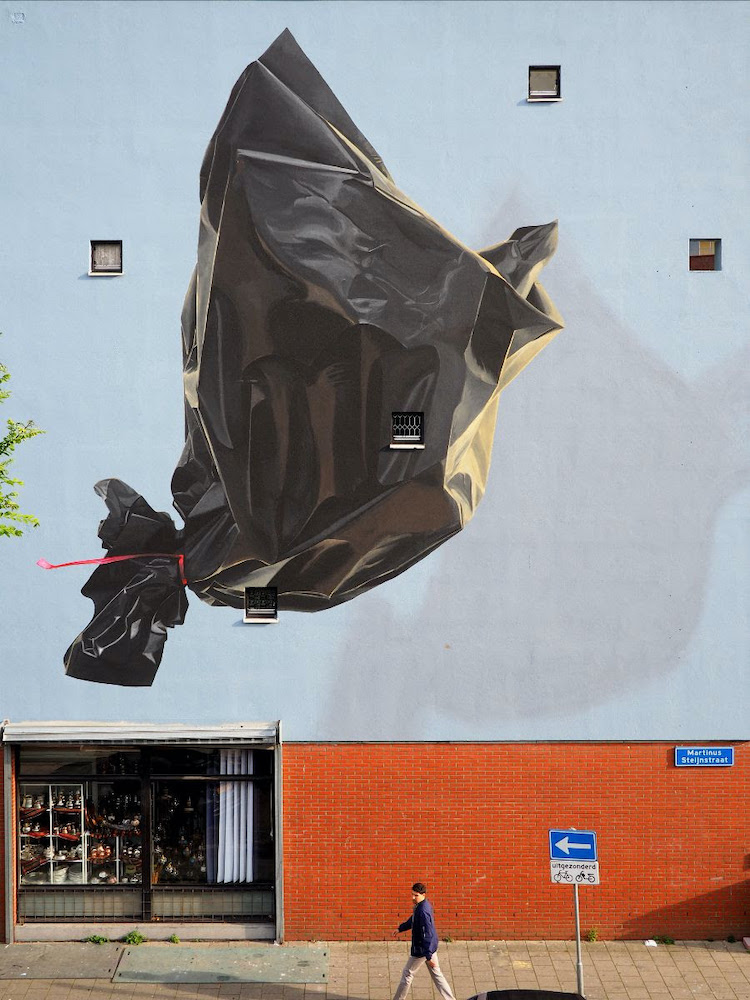 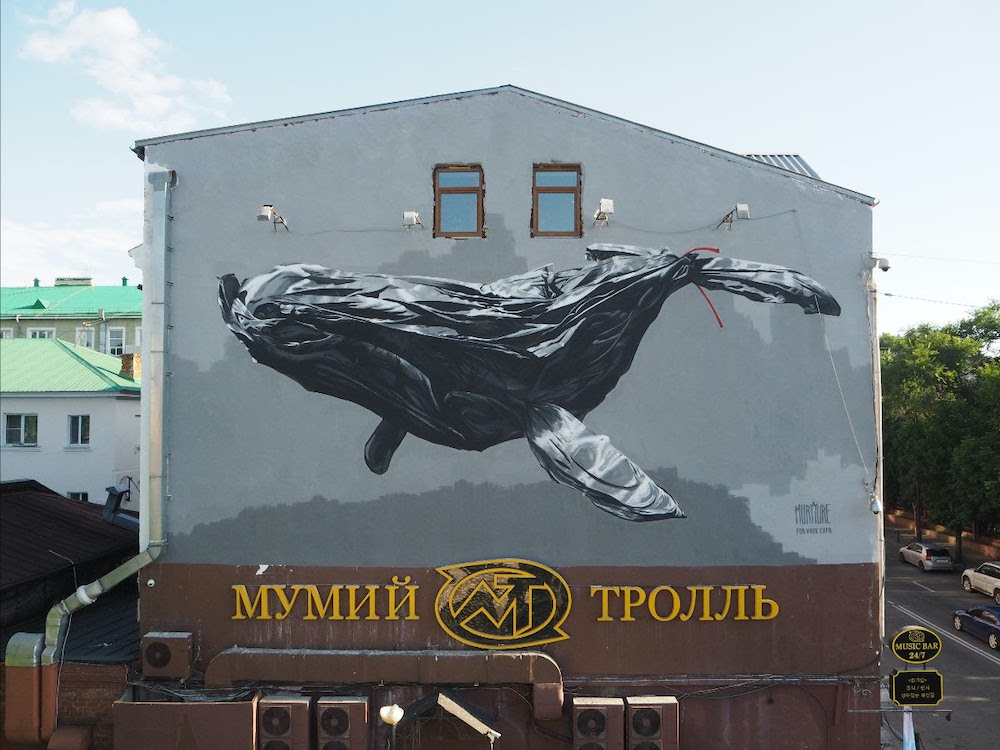 From Nuart to PowWow, French artist duo known as Mumure has participated in prominent street art festivals, carefully building momentum for their most ambitious show to date. GARB-AGE, opening March 7, 2020, at La Galerie LJ in Paris. Featuring more than twenty new works on paper, the exhibition addresses environmental vulnerability in the wake of industrial excess.

Actively pasting and painting the urban landscape since 2010, the team of Paul Ressencourt and Simon Roche have developed an active artistic practice that ingeniously transforms a chosen location into a sharp pictorial narrative. Influenced by the likes of Banksy, Pejac, Levalet, or Ernest Pignon-Ernest, team Murmure’s work of predominantly black and white, creates striking imagery that grabs the viewer and invites interaction with the existing structural elements.

Murmure adopted the imagery of large scale murals depicting animals fashioned from garbage bags, creating a whole body of work based on the concept. As metaphor for a planet disfigured my mass consumption, the plastic bag has become their emblem of ecological degradation, a growing concern to the younger generation. Rendering this modern-day object in a way that evokes traditional drapery makes a moving connection between classical art and current reality. Almost exclusively working with graphite and charcoal on paper, with subtle dramatic dashes of light and color, the artists deftly capture the dark essence of a subject and the issues clouding it, subtly morphing into a whale, a flock of birds or sea of oil. GARB-AGE their moniker for the century of trash we inhabit challenges individual responsibility in the face of growing environmental concerns, our relationship with new technologies and the action needed to thwart impending disaster.