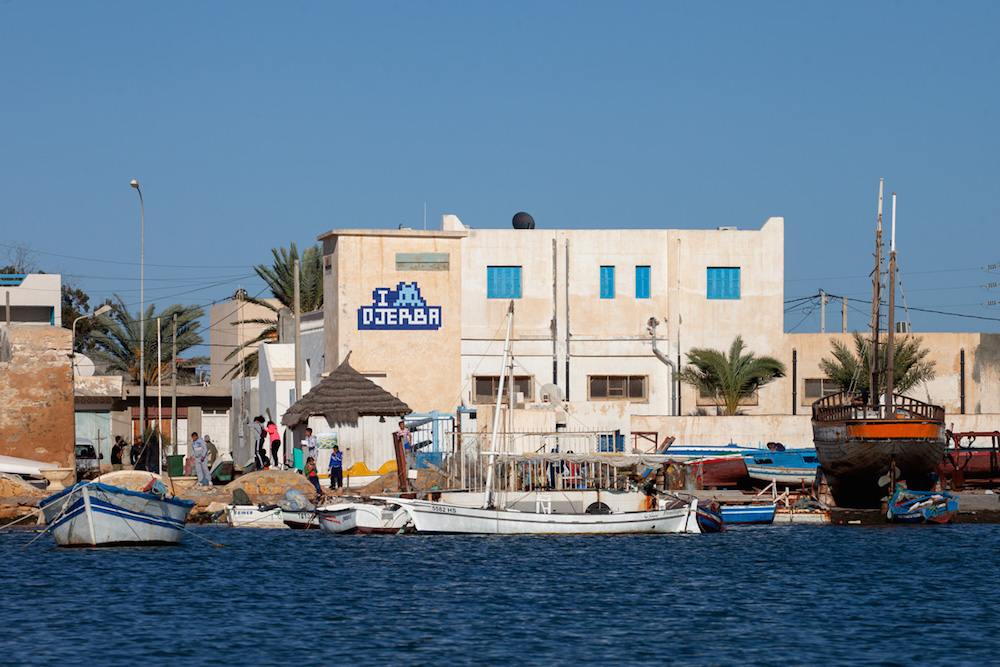 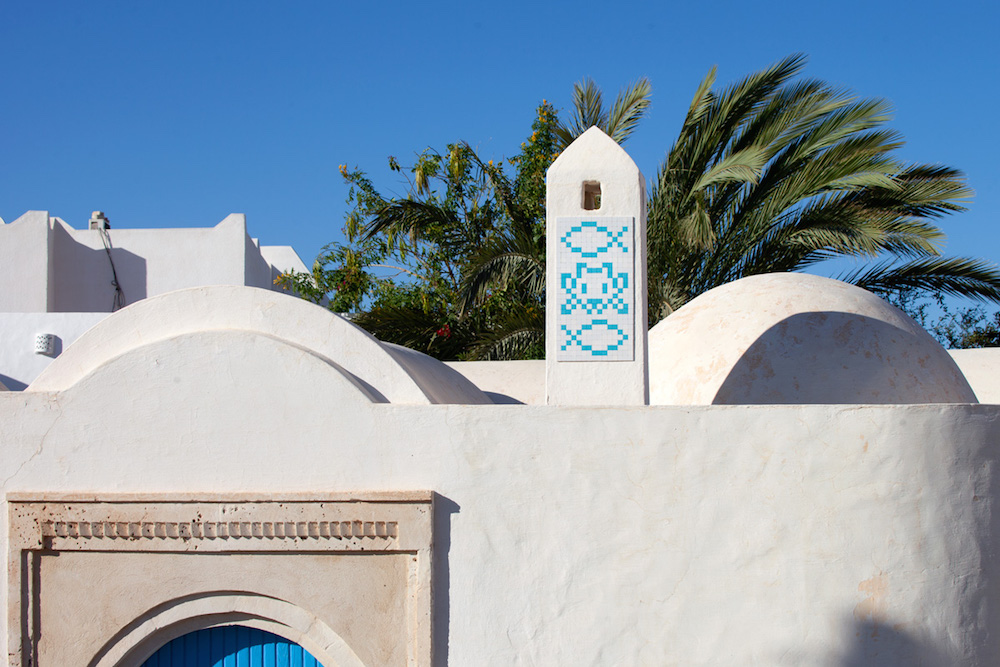 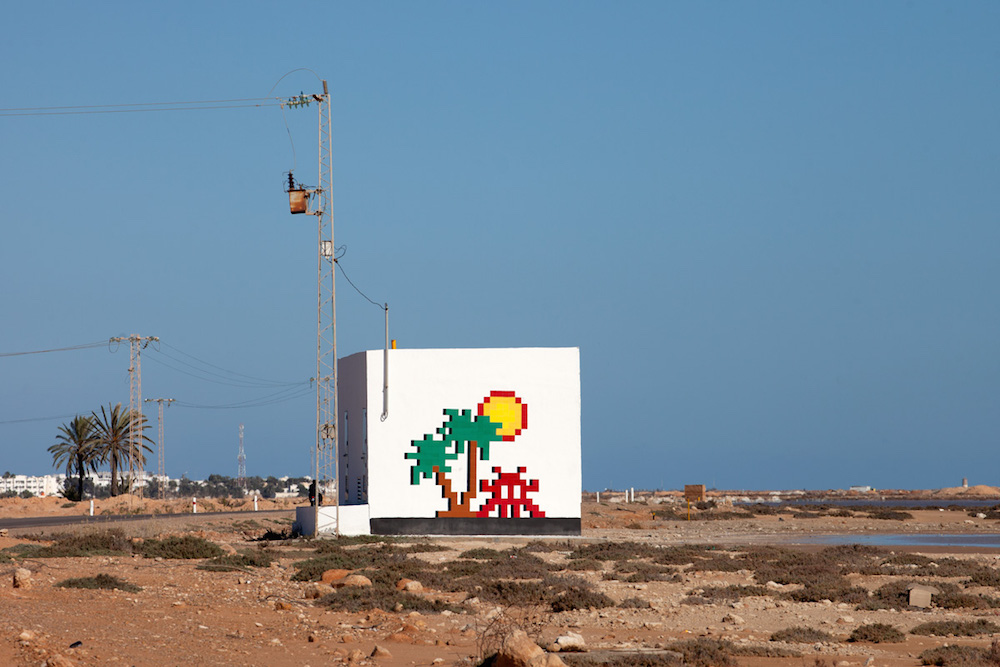 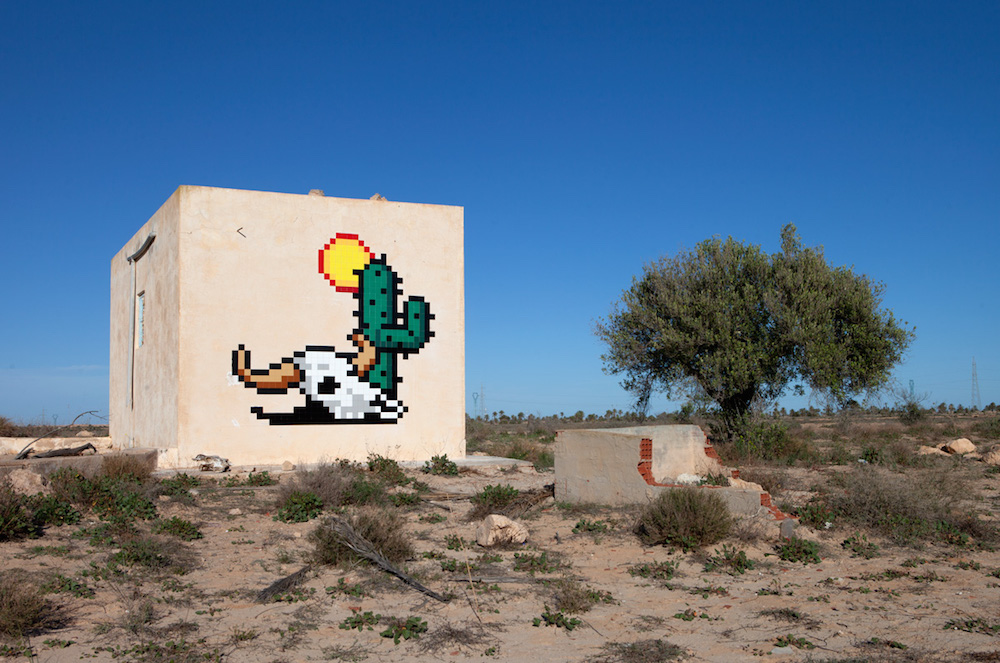 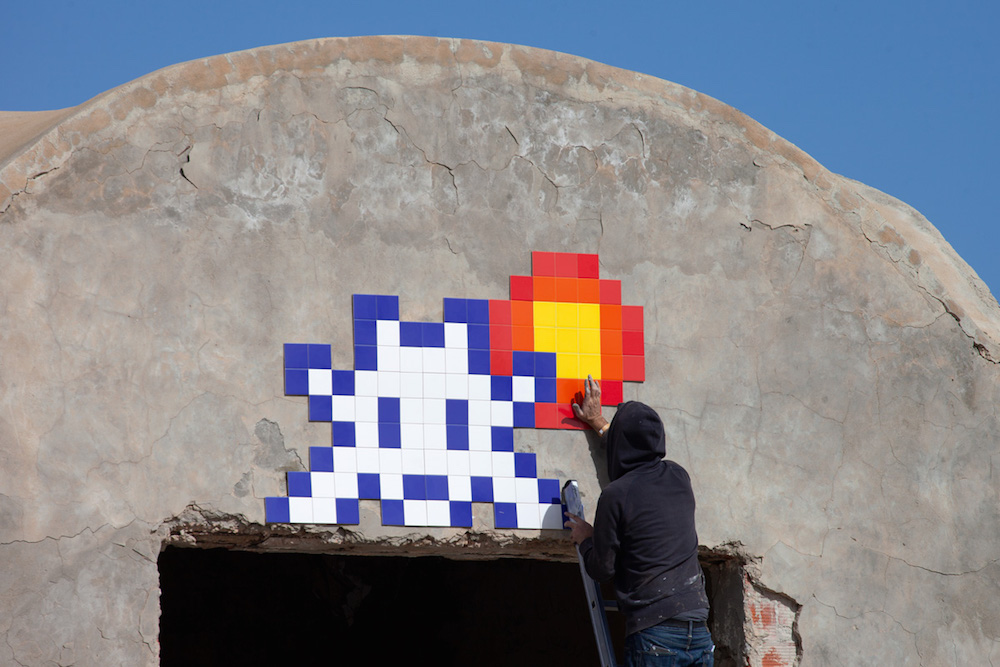 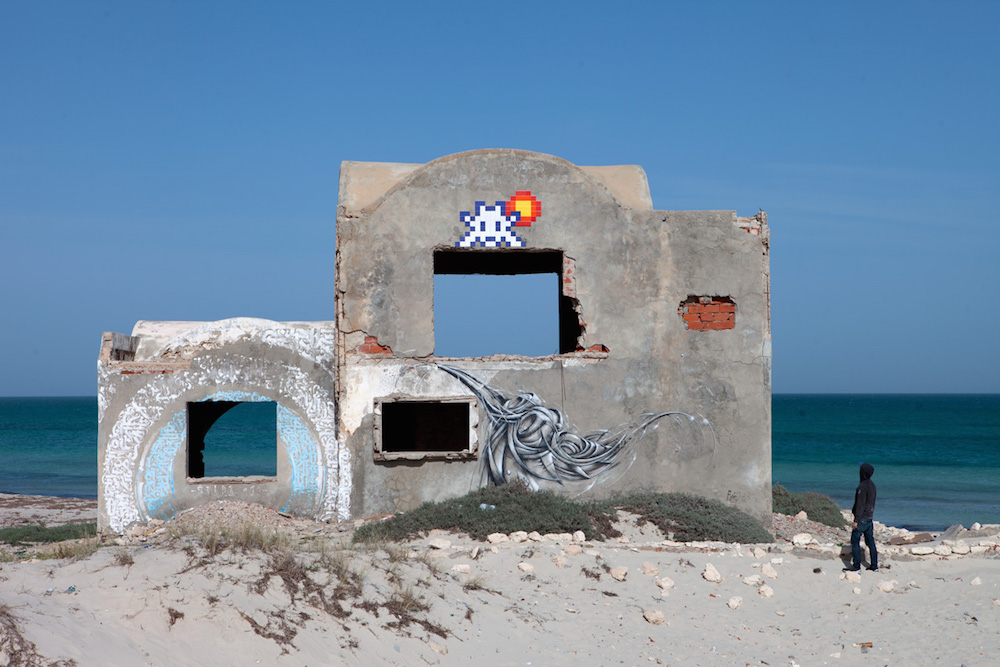 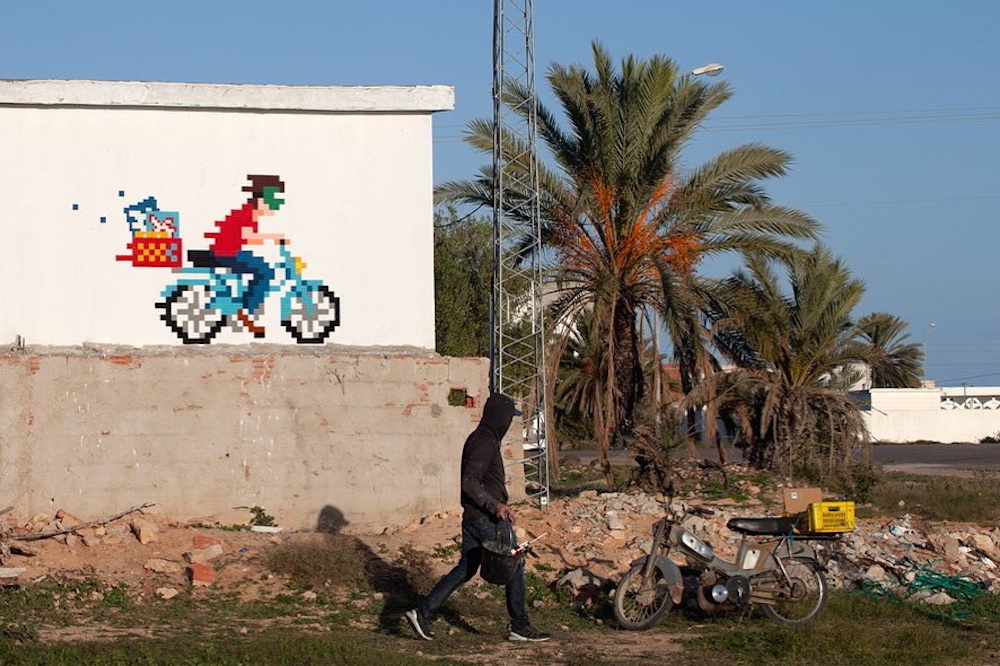 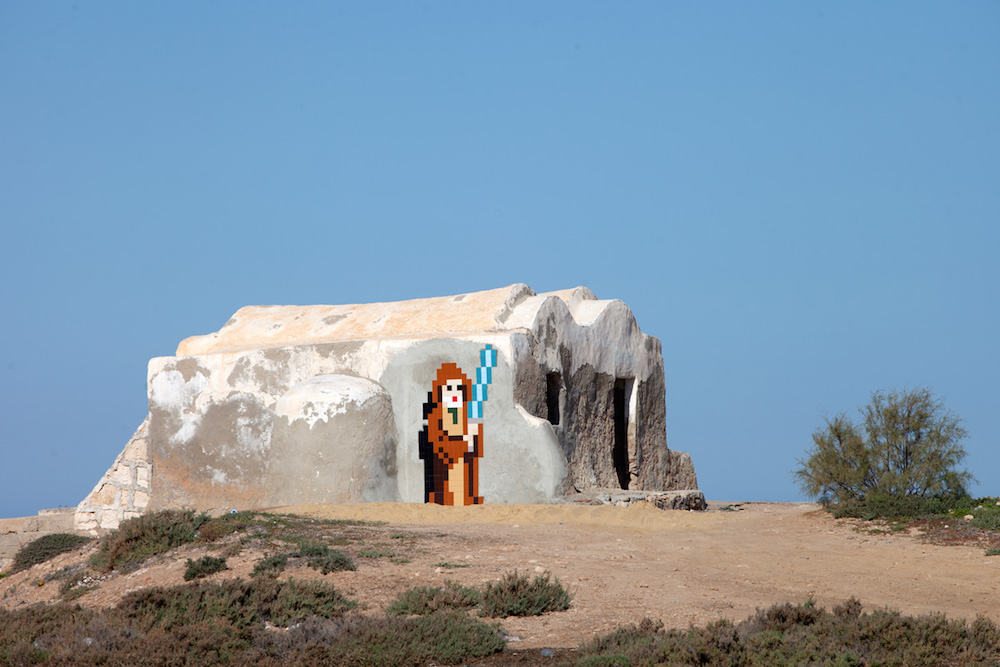 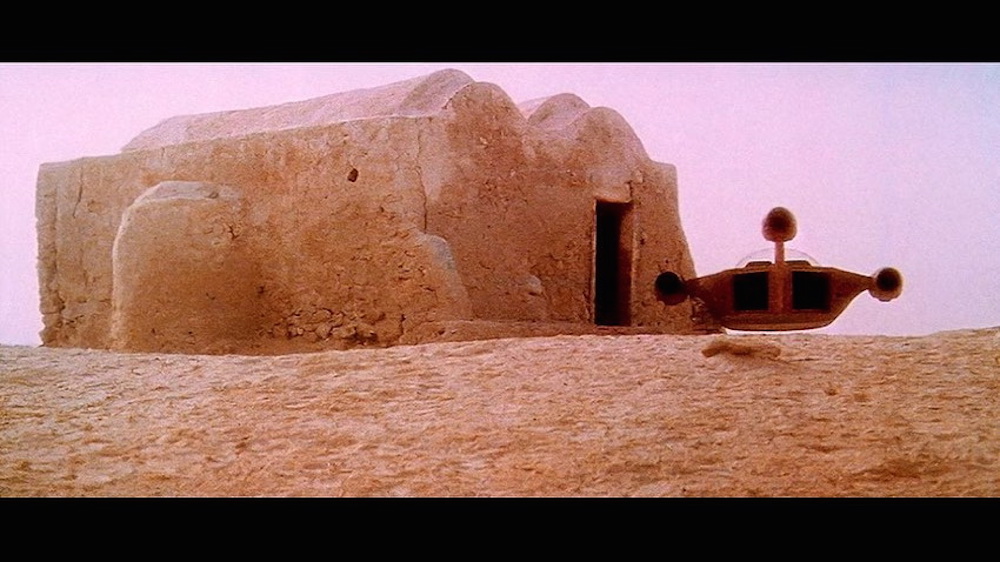 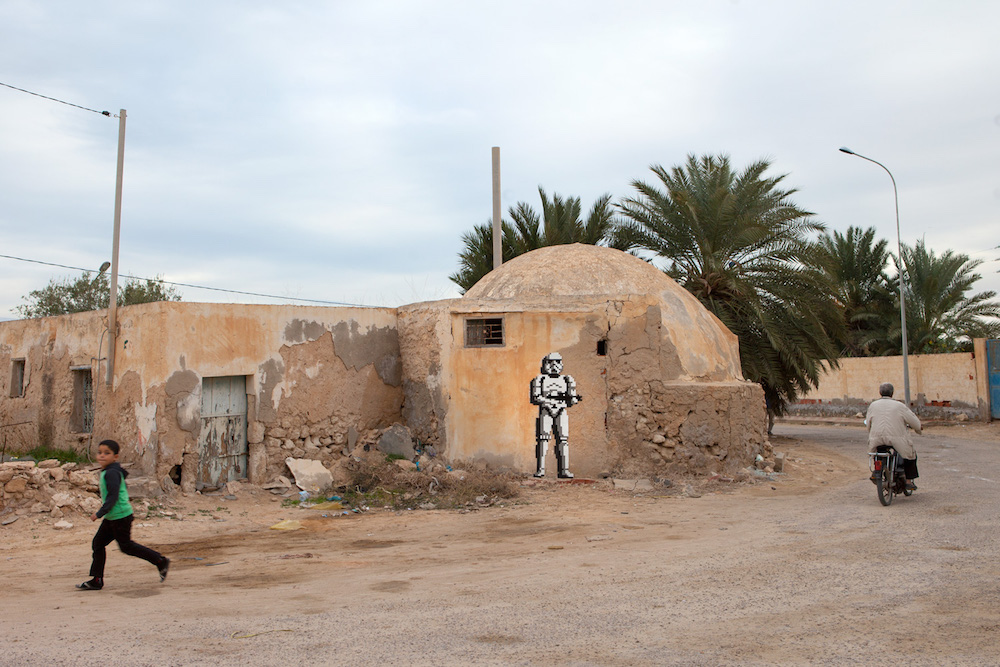 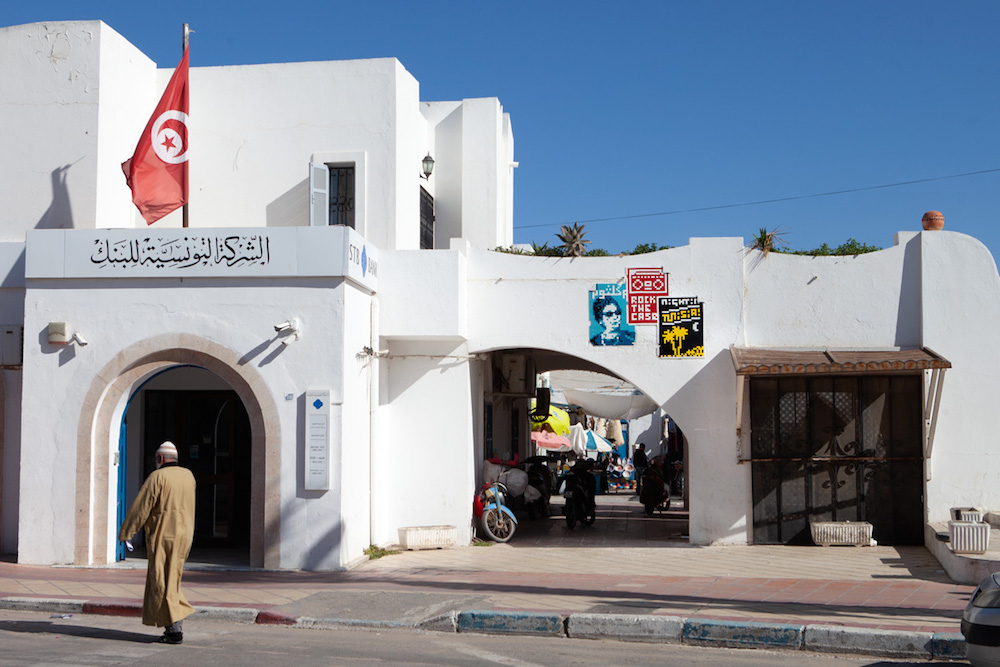 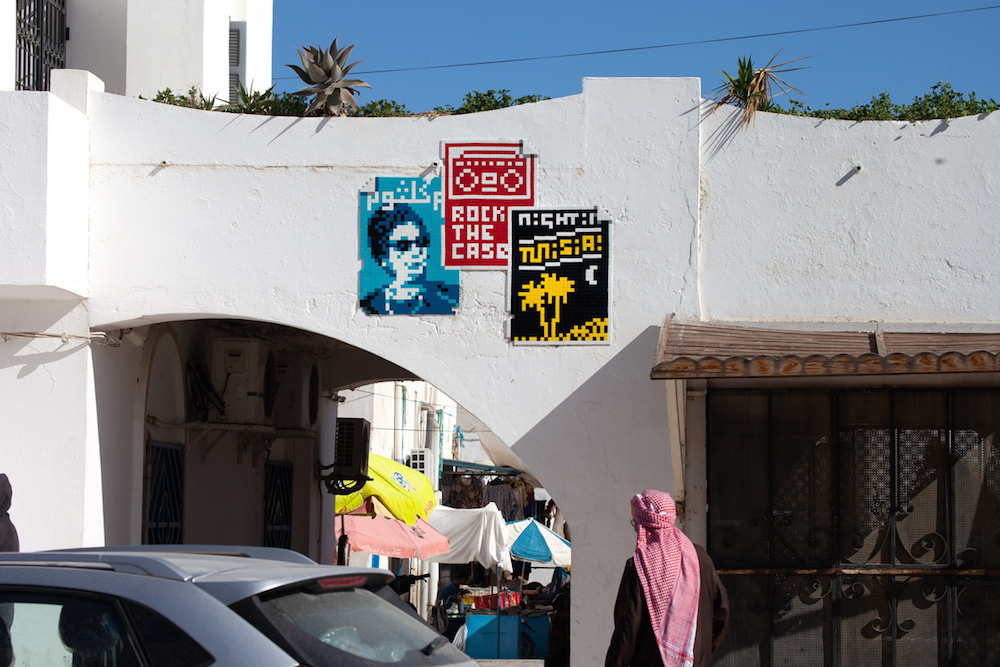 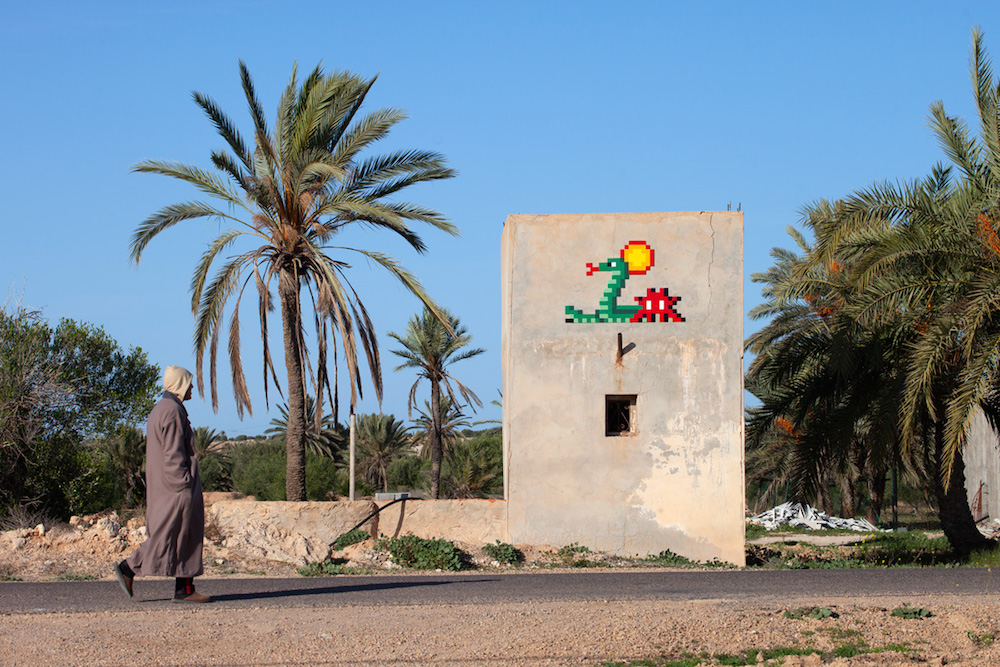 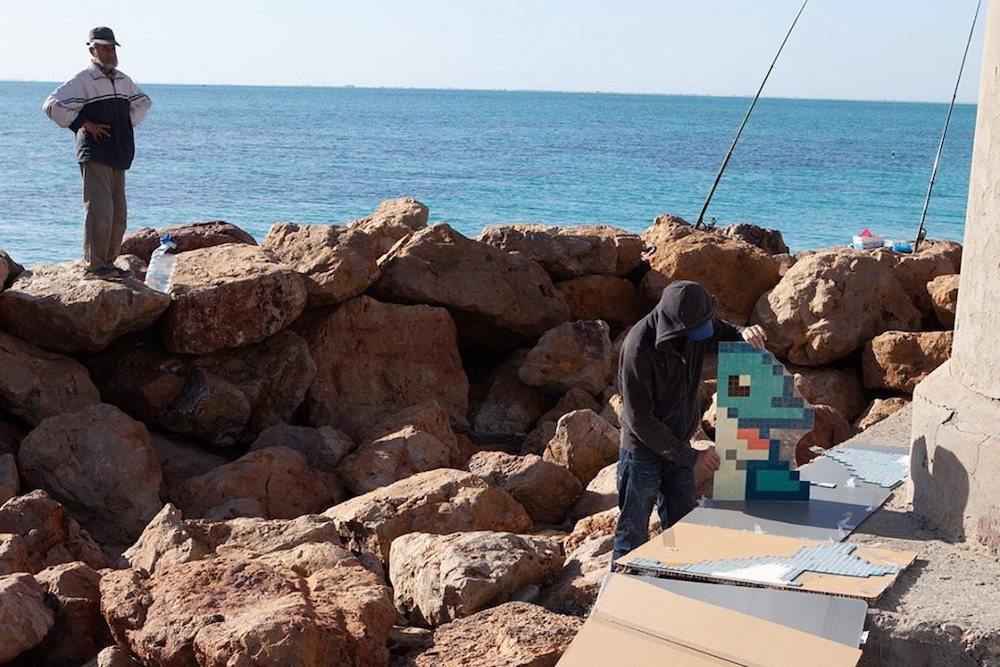 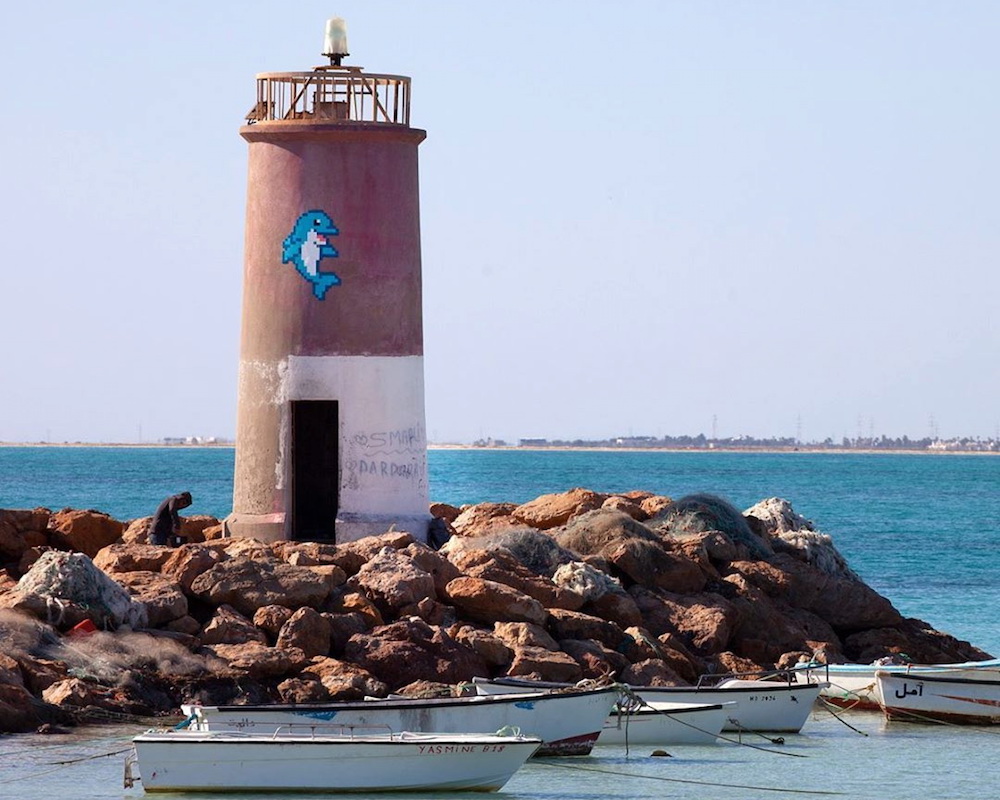 If you're a follower of legendary street artist Invader, you probably know that he'd spent the last couple weeks working on a new stage of world invasion, this time occupying the whole island of Djerba. Placing his distinct tiled mosaics across the Tunisian island, from scenic Mediterranean beaches to whitewashed desert towns, the 'Unidentified Free Artist' scored a total of 58 mosaics, adding to 3857 Invaders installed globally.

Following the most recent offensive atop the Eiffel Tower and another in Versailles last May, Djerba officially positions the 79th territory to an already impressive world map of invasions. During the last couple of weeks, Invader has been positioning his work on local businesses, homes and abandoned structures, each image complementing local life, from the pixelated dolphin on a lighthouse and an Alias alongside a rising sun on a beachside ruin, all the way to Star Wars references from a long time ago. Some honor a local love for motorcycles, including a piece on a mechanic's garage, as well as a self-portrait of Invader motoring away on a bike filled with artwork. Invader also paid tribute to The Clash with a poster piece of their hit song "Rock the Casbah," a reference to a typical citadel of North African city.

Additionally, Invader recently released a DVD and 56-page booklet covering the activity of @nonymous, a tag-team by Invader and Zevs, the two masked artists who haunted the Parisian streets in the 90s. Originally created as a DIY VHS, the DVD includes bonus footage and a 56 pages booklet, which are now available in good Parisian bookstores, and soon through his online shop. –Sasha Bogojev