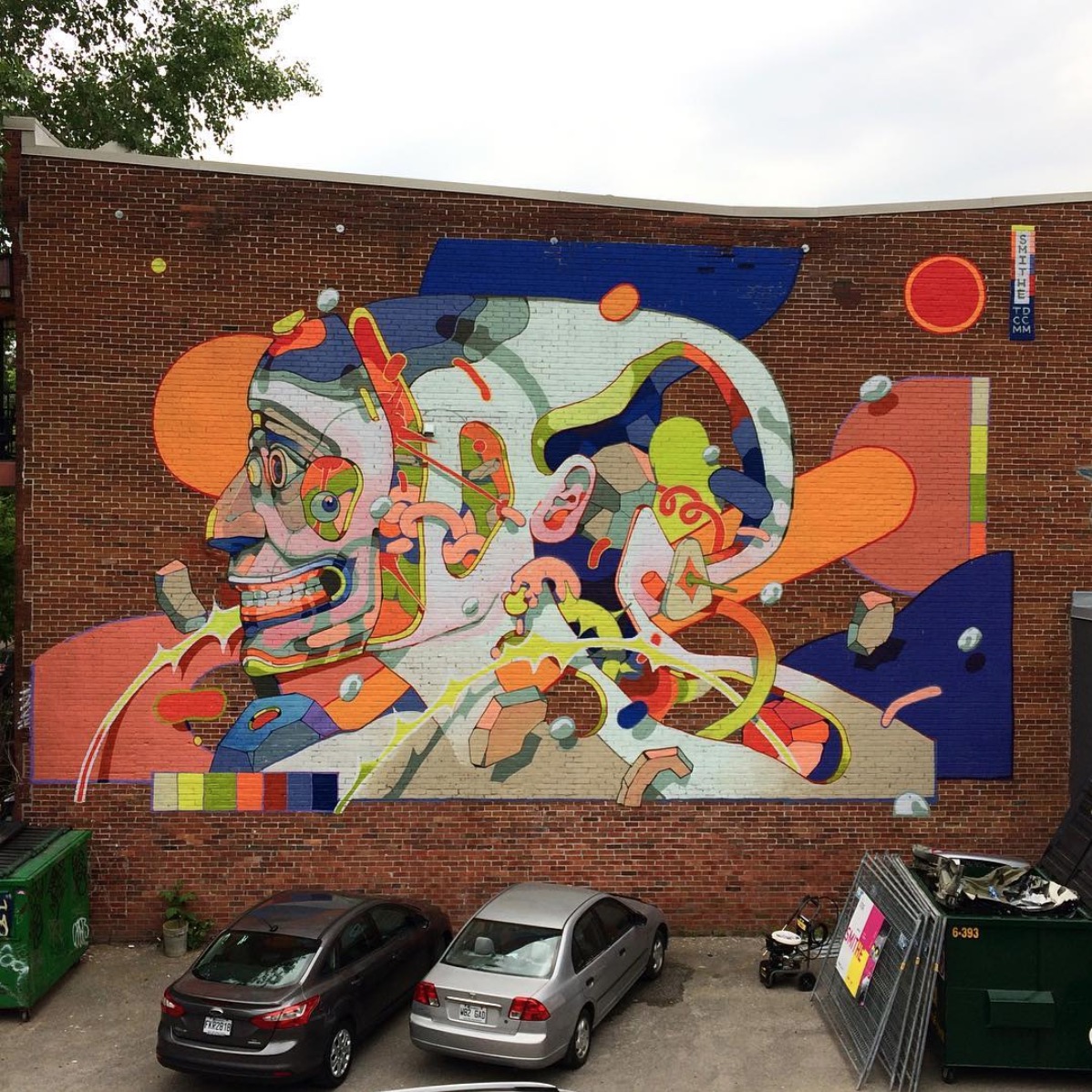 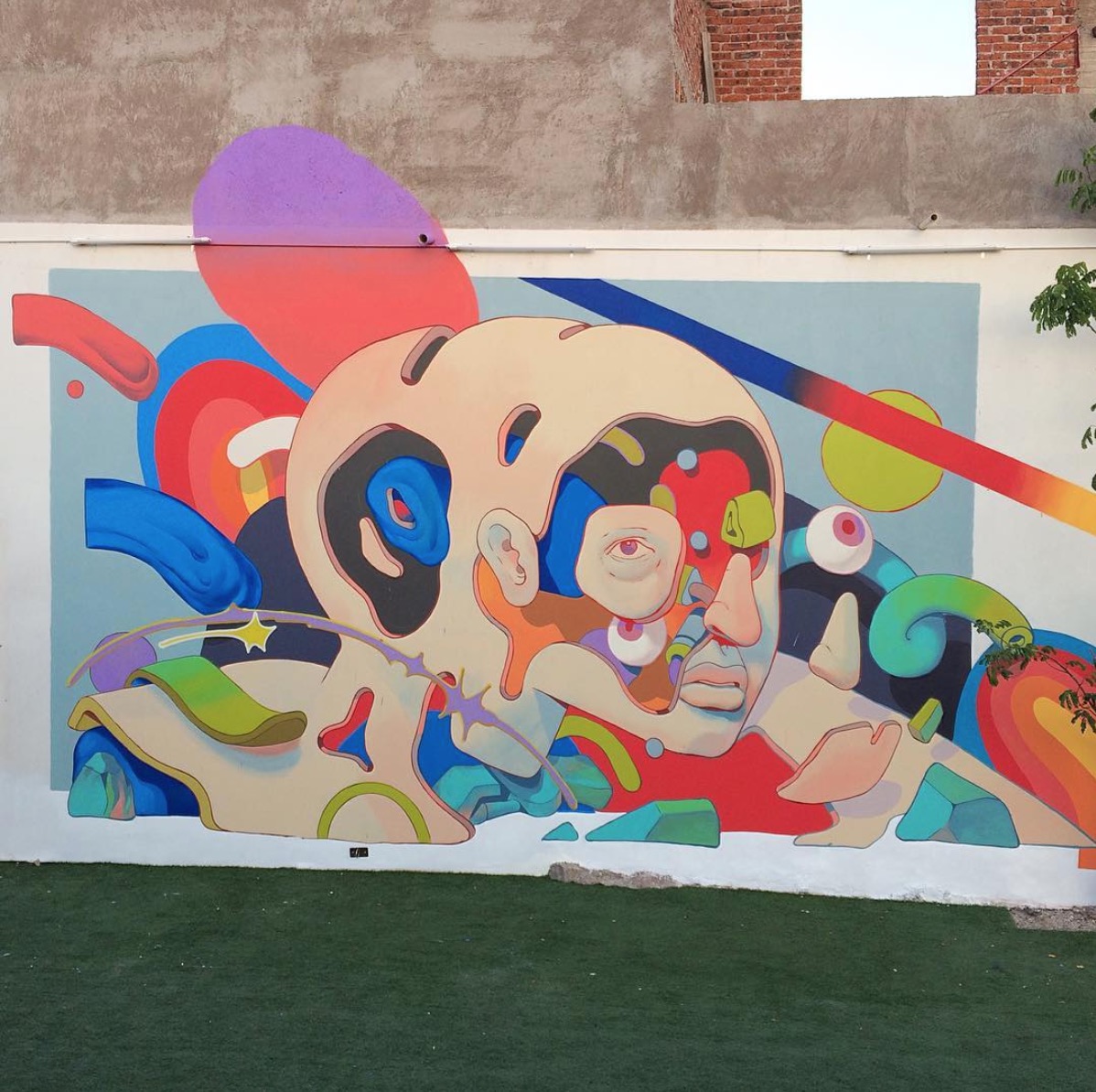 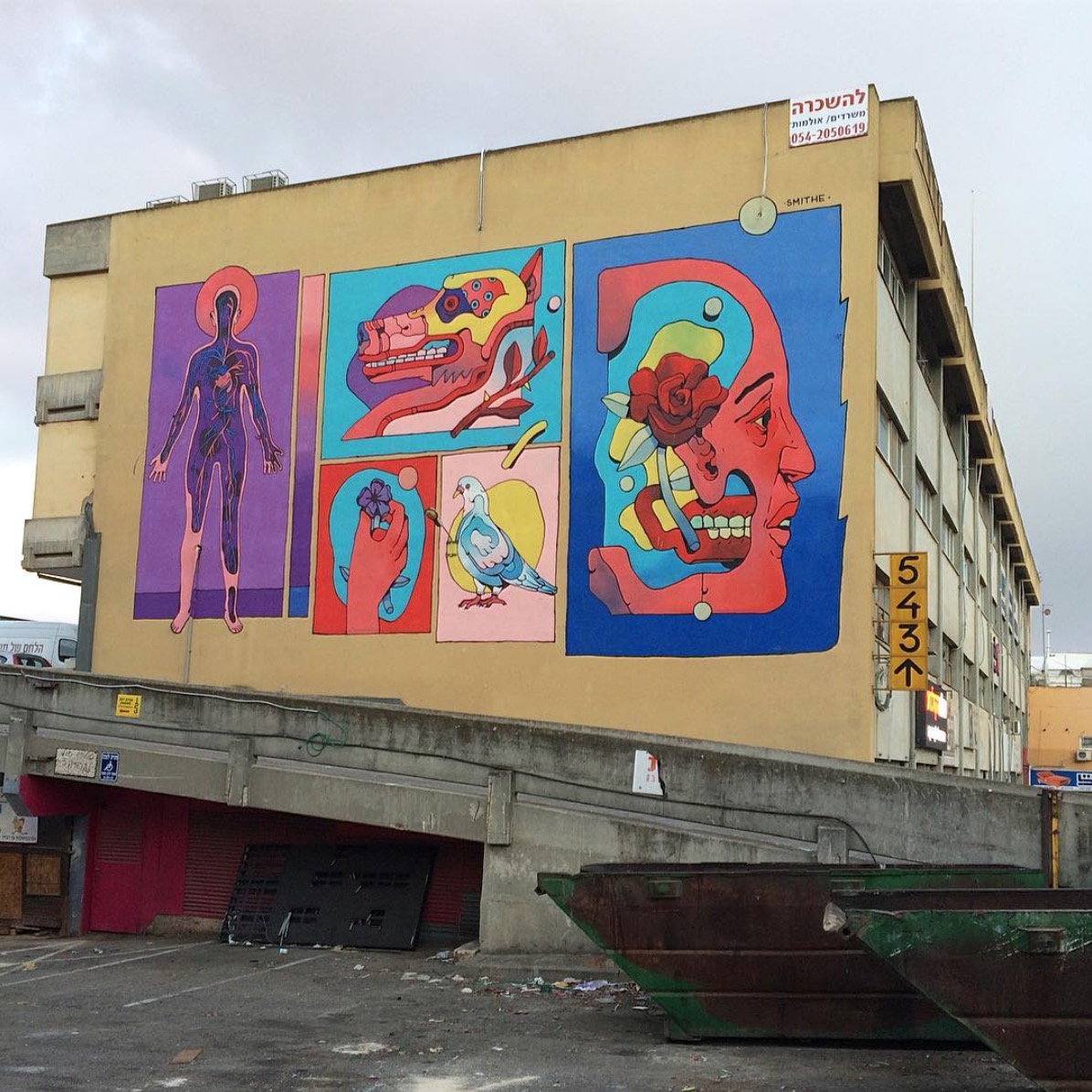 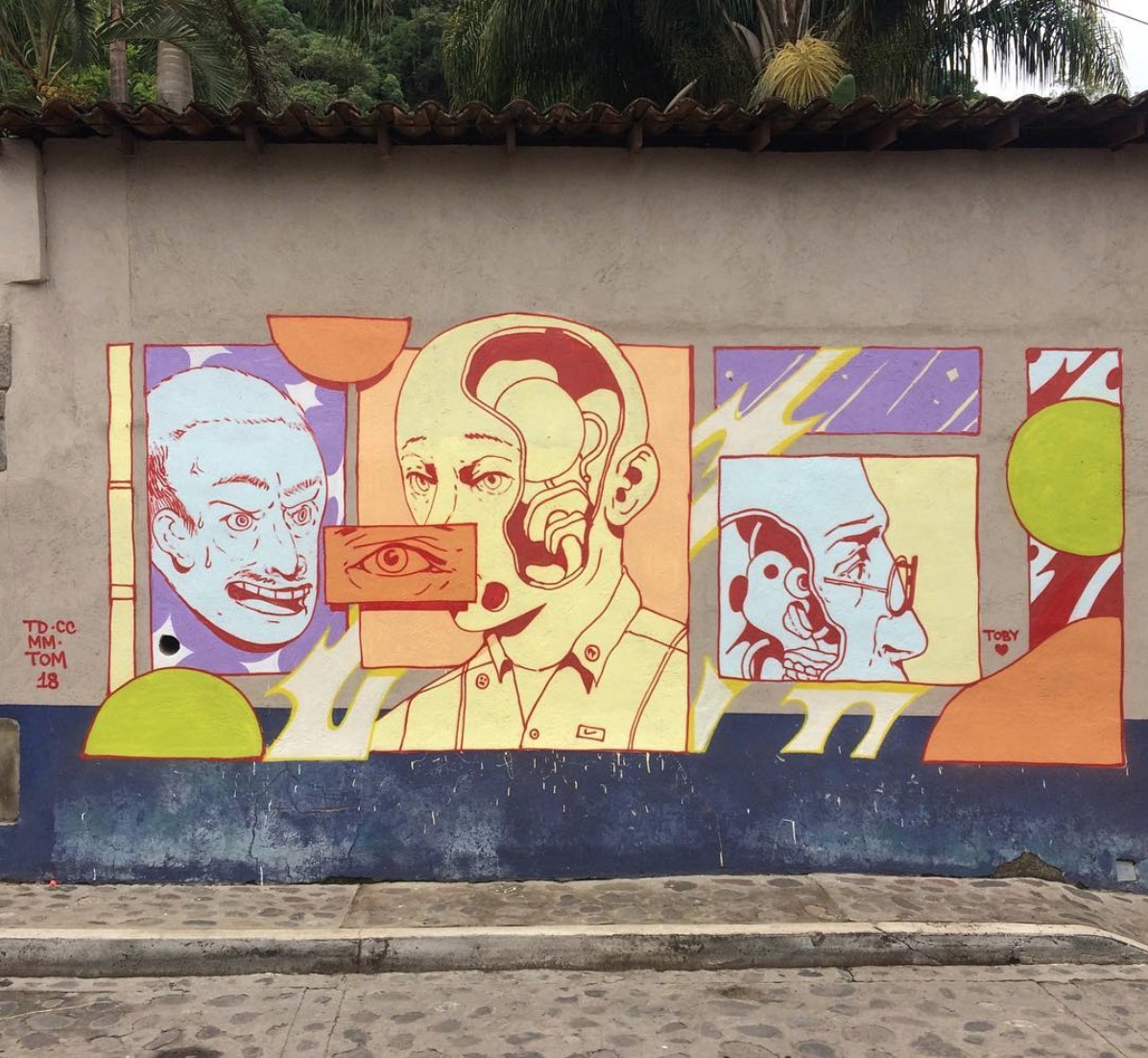 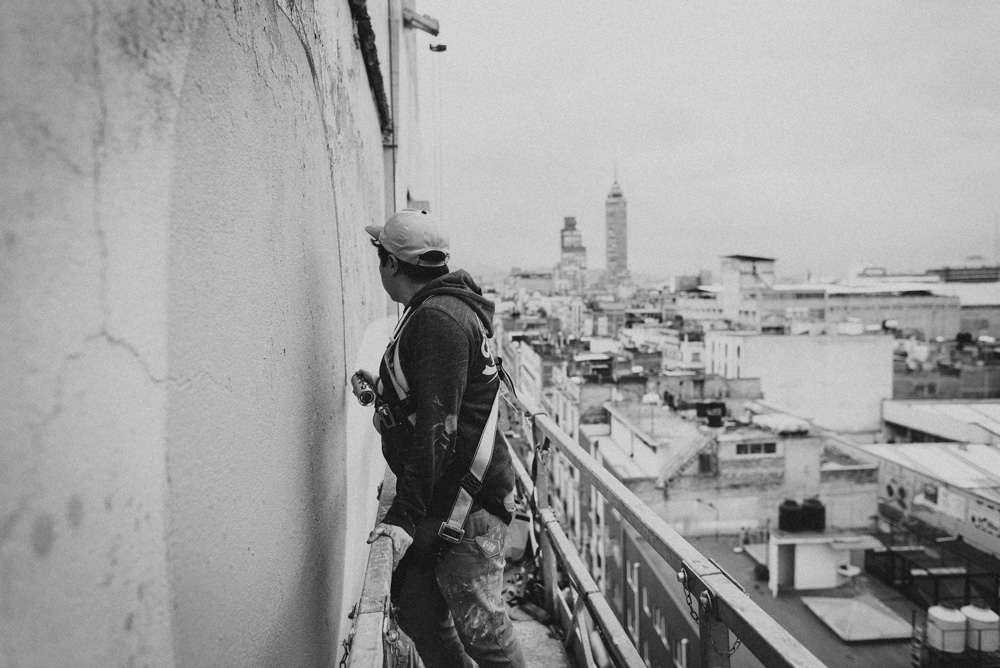 It's been about a year since we visited Smithe in his Mexico City studio so we are excited to catch up with him again at this year's Crush Walls festival in Denver, Colorado! Growing up surrounded by urban art in the streets of Mexico City, Smithe picked up his first spray can at 12 years old and never let it go. While recurring themes in his work include the Mexican culture, poignant colors and science-fiction, he believes that his strongest inspiration comes from his father.

He vividly remembers how he would consult his bulky encyclopedia of cars illustrated with exploding diagrams. This schematic way of blowing things up to understand their inner workings is certainly the most striking feature of his work. From his beginnings, 20 years ago, he made a name for himself as a graffiti writer and have now participated in some of the most recognized art shows in Germany, Belgium, Spain, and England.

If money was no issue, what is your dream project?
Smithe: Make an animated movie! I have an idea in my head for 3 years and I really want to make it happen.

If you could hang out with one person, living or dead, who would that be?
Moebius of course. I just want to have the chance to draw one hour with him :)

As part of Crush Walls 2018, we will be bringing the Juxtapoz Clubhouse with a specially-curated group of artists during the week-long celebration!

Join us for the Crush Walls Opening Party on September 4th, from 7 PM to 10 PM. 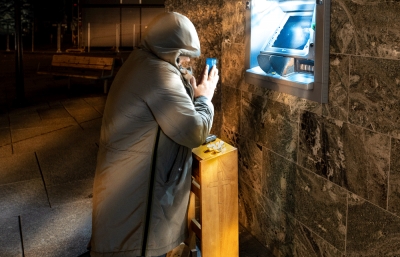 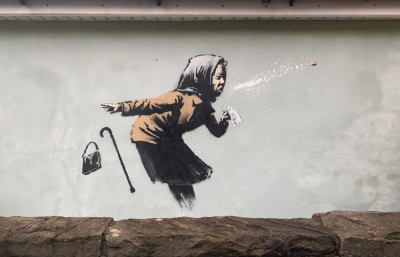