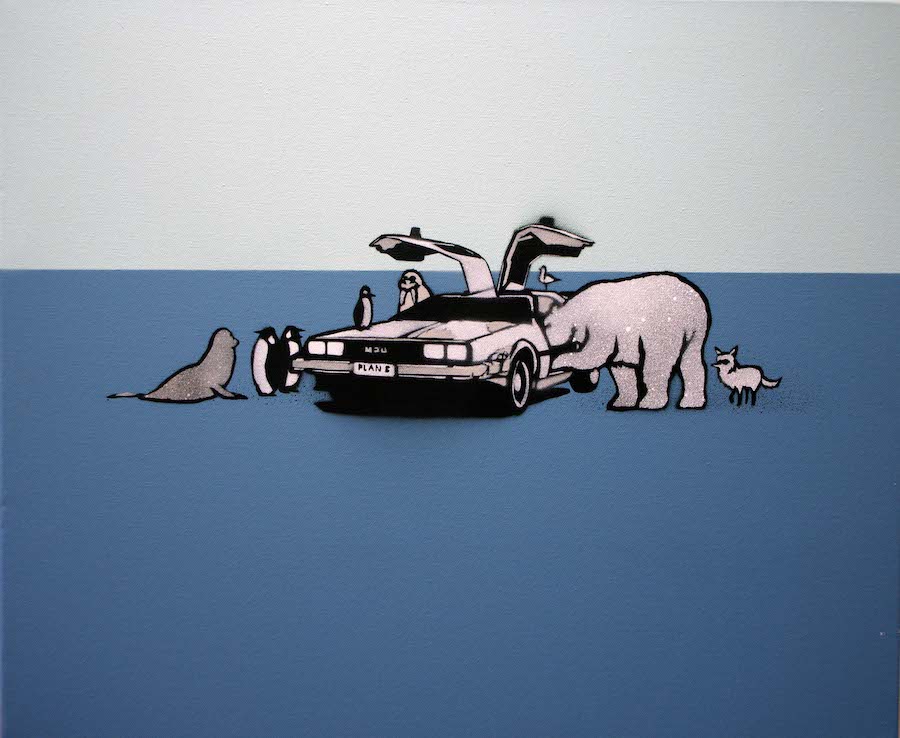 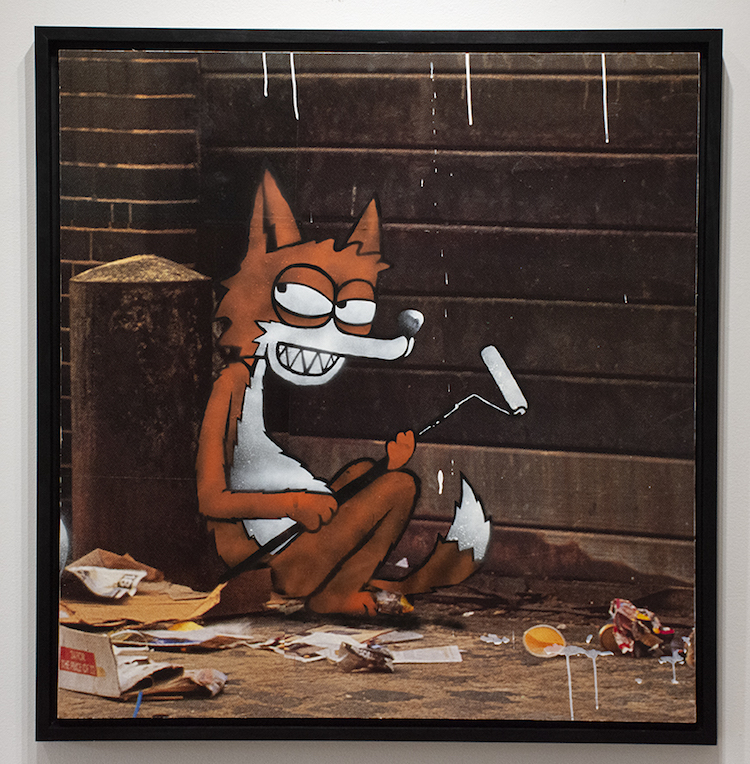 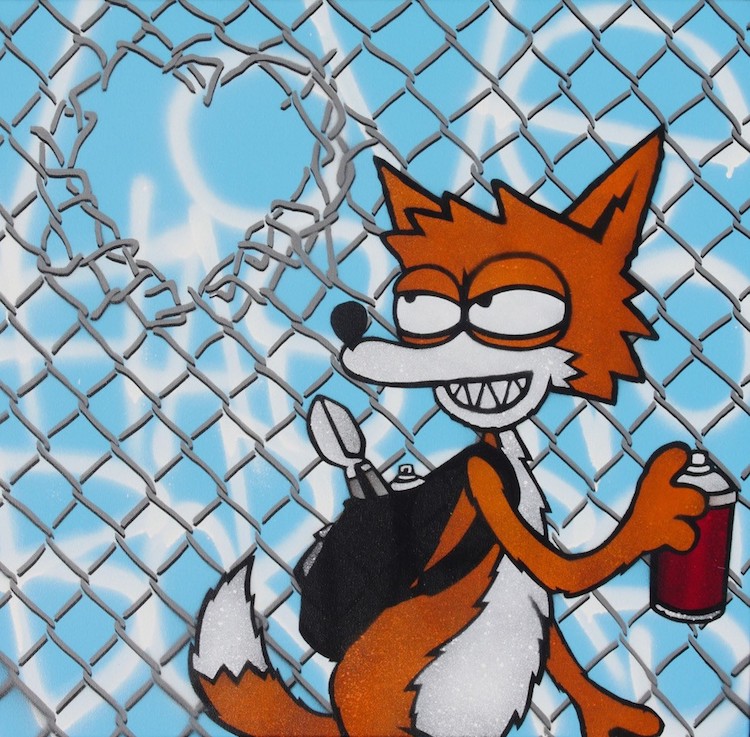 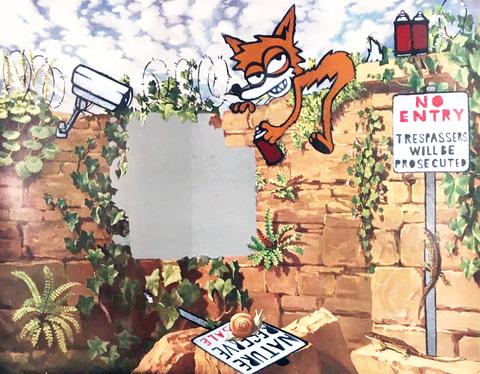 Vertical Gallery is set to kick off their summer programming with the US debut of British artist Mau Mau. Bombing walls and painting bridges running from July 13 through August 3, 2019.

Mau Mau brings to Vertical a wry, colorful approach that is both refreshingly simple and powerfully sophisticated. Often his work comments on the social and political forces shaping life in the 21st century, with a recurring focus on environmental themes, and frequently features his signature red fox character — a mischievous symbol of survival and street savvy.

“There is profound meaning behind the work that Mau Mau is doing, but it's done in a very fun, whimsical way that everyone can understand and appreciate. Nobody else is doing it the way he's doing it,” said Patrick Hull, Vertical Gallery owner and founder.

A product of coastal North Devon and its thriving surf culture, Mau Mau takes his name from a four-month sojourn to Ghana during the early 1990s: unable to pronounce his birth name, the Rastafarians of the Twelve Tribes temple dubbed him “Mau Mau,” an alias that has since graced everything from shipwrecks to surfboards to city walls across locations as far flung as Jamaica, Australia, Egypt and Thailand. In addition to sold-out solo exhibitions in the U.K., Japan and Thailand, Mau Mau has completed projects for organizations including Greenpeace, Surfers Against Sewage and the Glastonbury Festival. He has also created animated music videos for recording artists including The Herbaliser, Dizzee Rascal and DJ Skitz, and teamed with independent record labels like Ninja Tune and Lowlife Records.