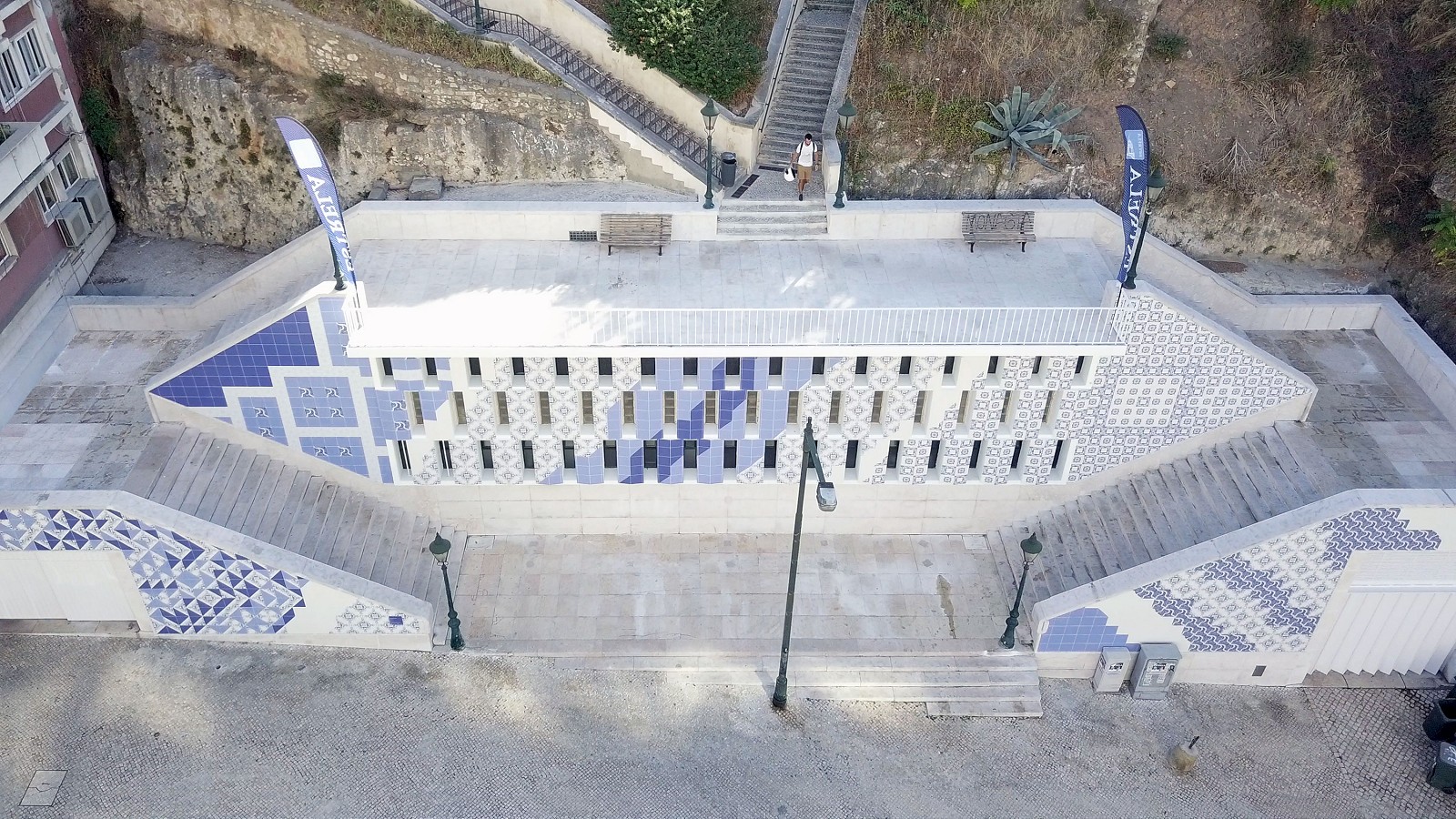 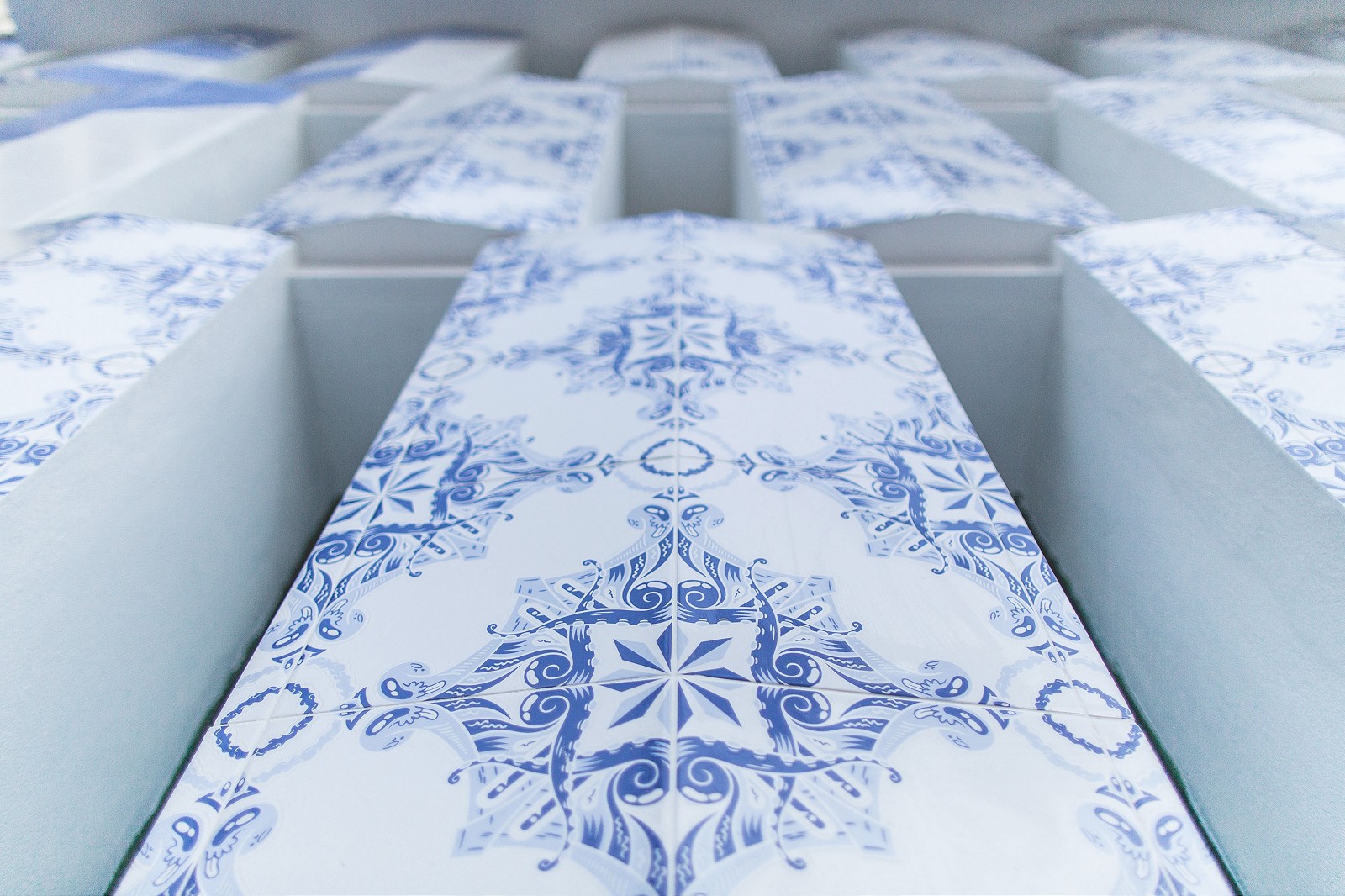 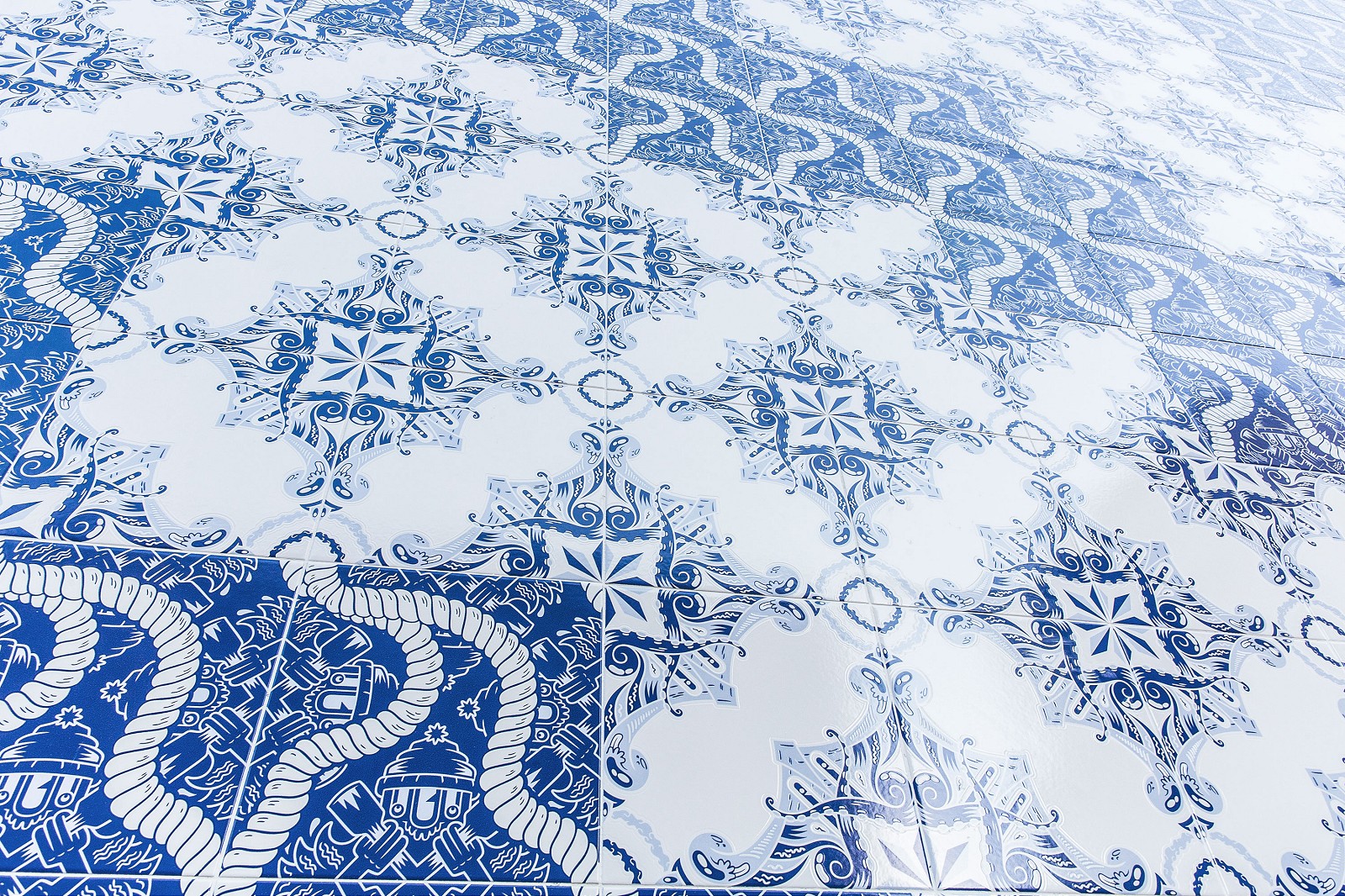 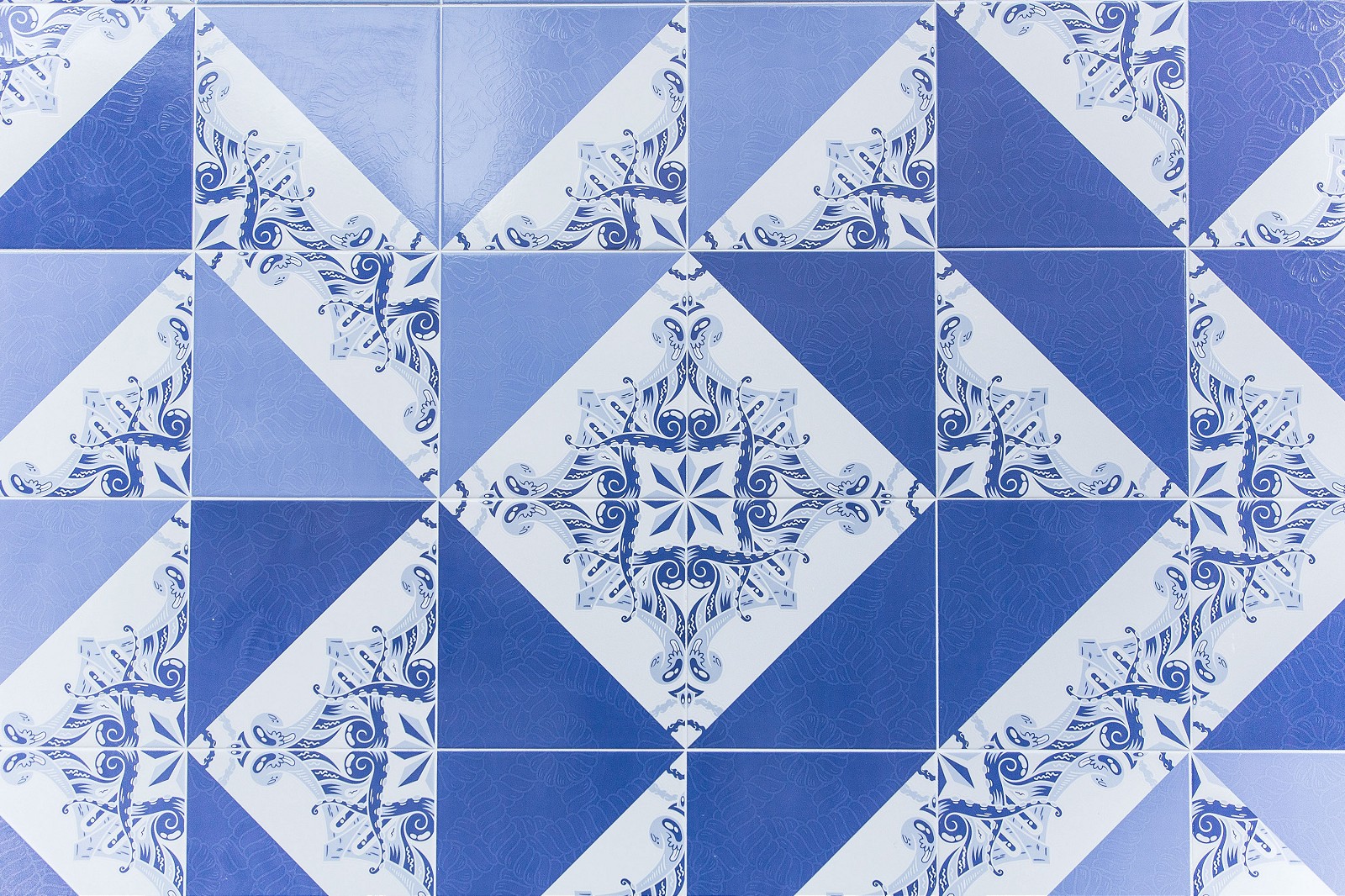 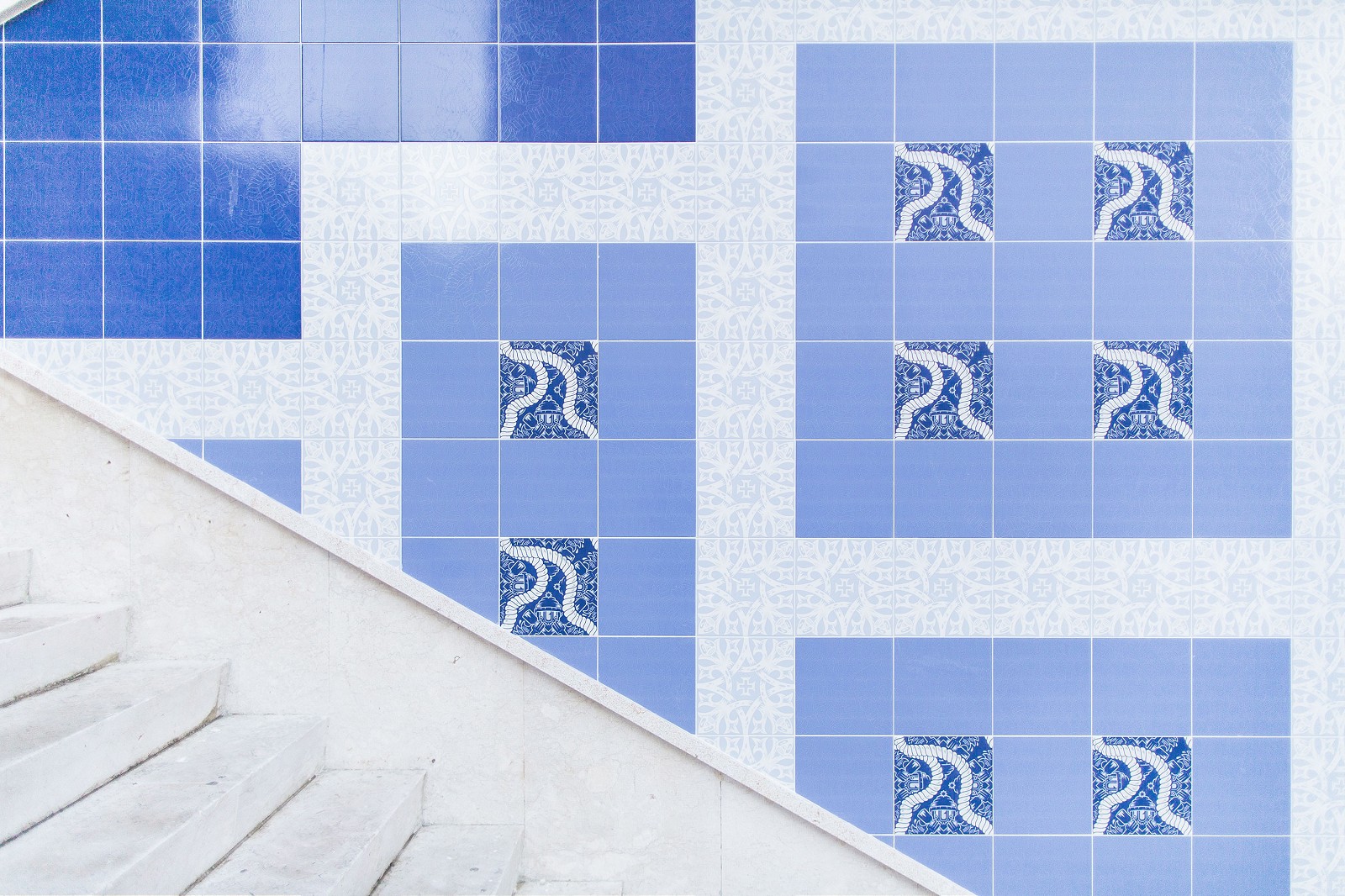 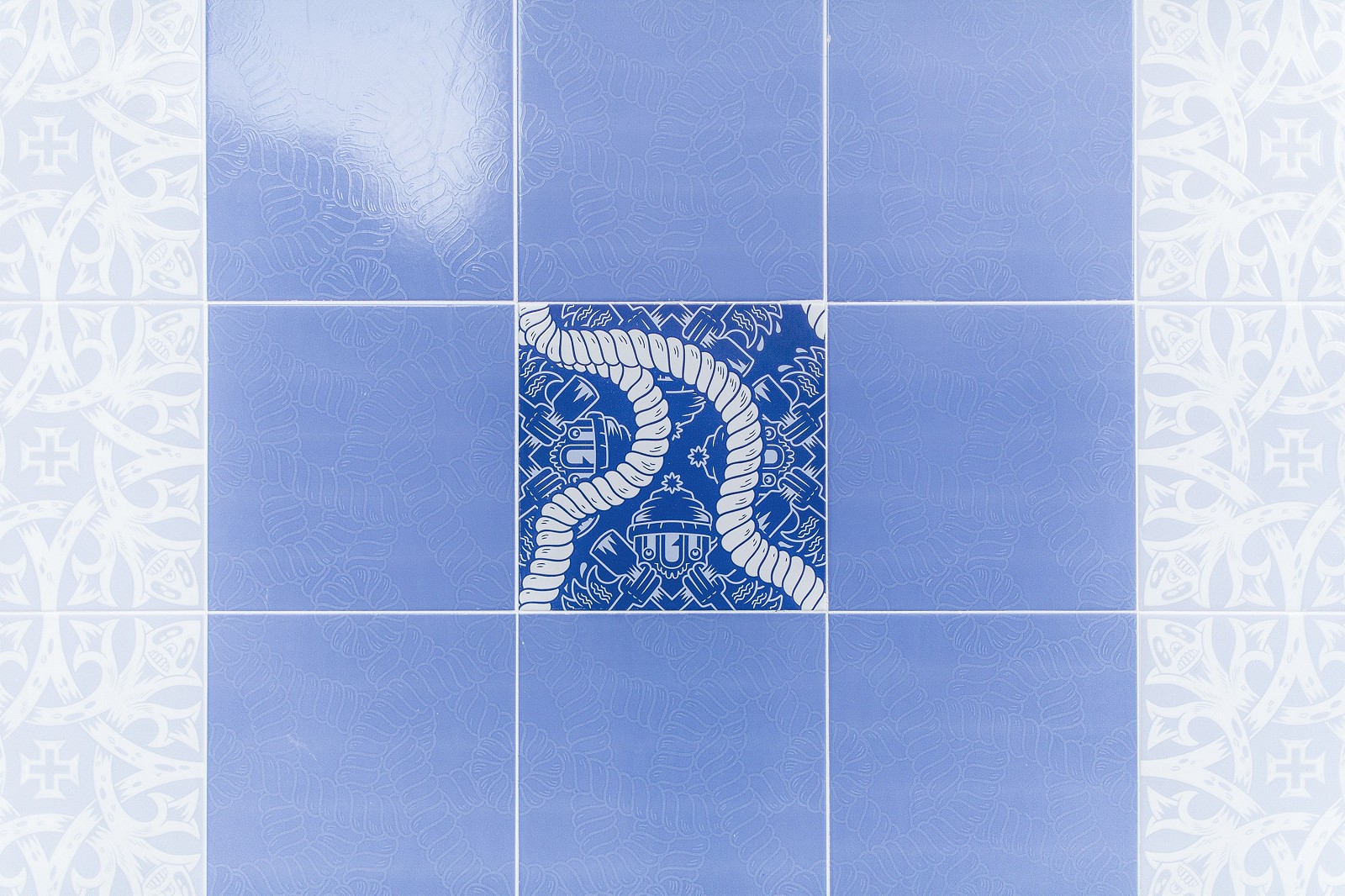 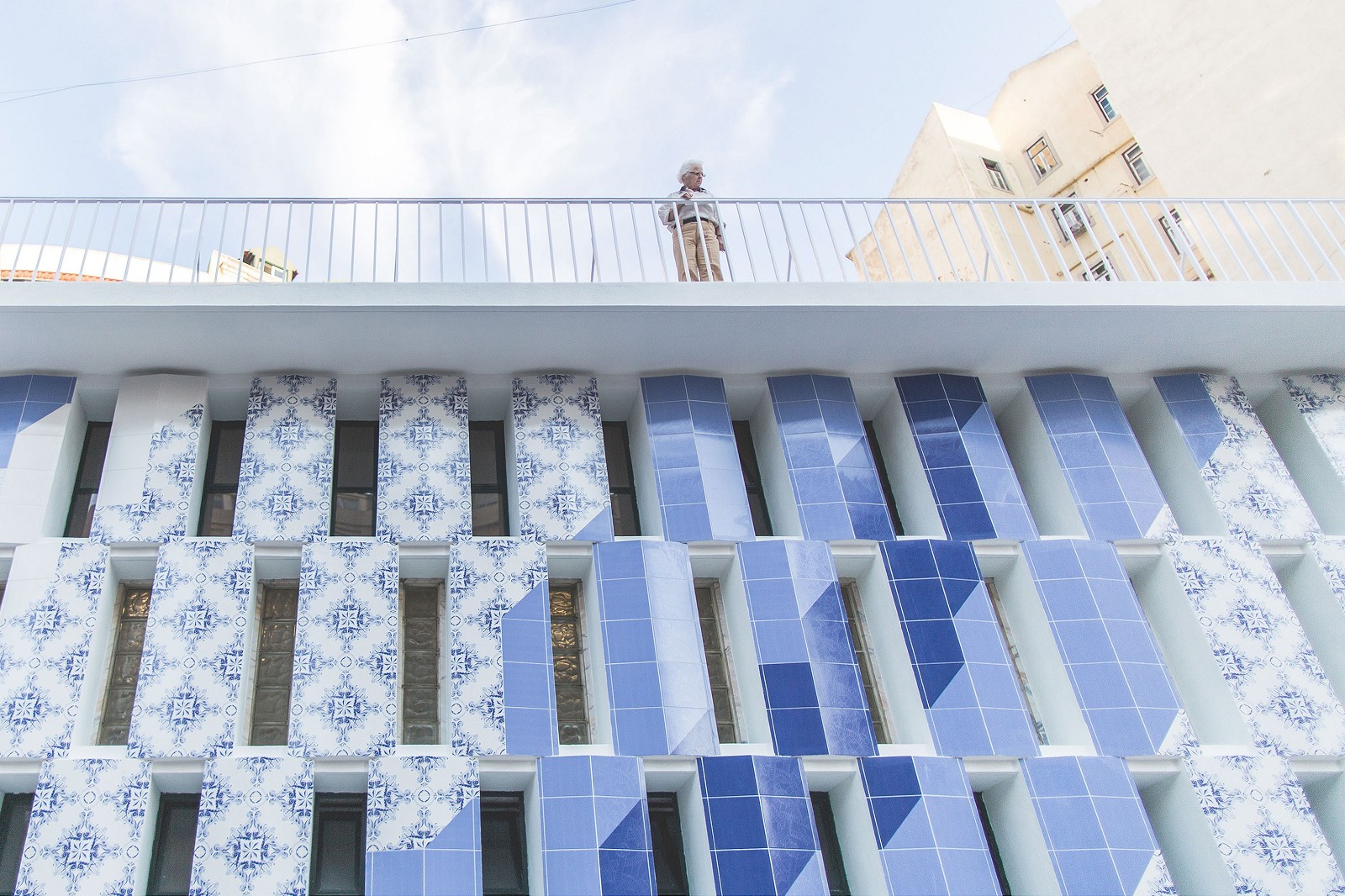 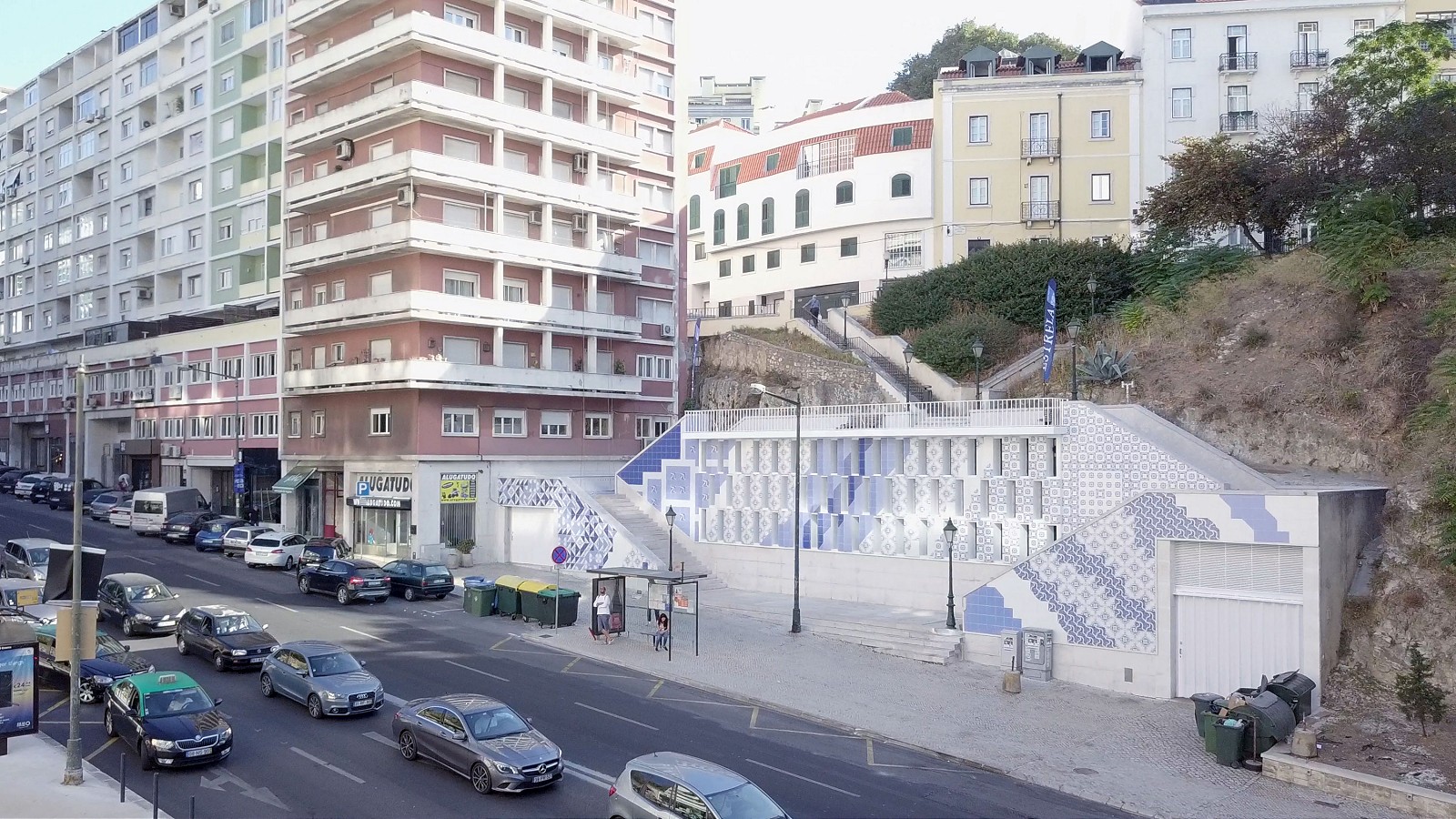 As announced in his interview in September 2017 issue of Juxtapoz Magazine, Diogo Machado, aka Add Fuel, recently revealed his largest and probably most important project to date—“Louvor da Vivacidade” (“Praise to Liveliness” or “Praise to a Living City”) for Infante Santo Avenue Azulejo Route in Lisbon. Invited by Estrela Town Hall in the city, this landmark location celebrates Portuguese tiles and Azulejo tradition, and also marks the first 10 years of artist's activity in public art.

Add Fuel created a composition that intends to celebrate Azulejo's artistic expression, using its historical, architectural and traditional elements, while reinventing it by using uncommon, urban-influenced imagery and symbols. In particular, the artist focused on reinterpreting the street's existing tiles, specifically the panels on the staircases. By selecting key patterns and compositions, he set the base for a creation of a massive 200-sq meter panel as an homage to the existing, historic pieces.

Carefully controlling this chaos of forms, textures, colors, symbols as well as existing architectural elements, the piece pays tribute to the history of the neighborhood, especially its connection to the ocean. Simultaneously, he once again raised the bar for urban or street art potential by creating a public art work that seamlessly blends modern and urban with traditional. For the realization of this large project, the artist joined forces with Portuguese ceramic company Revigés, producing a series of custom tiles. —Sasha Bogojev