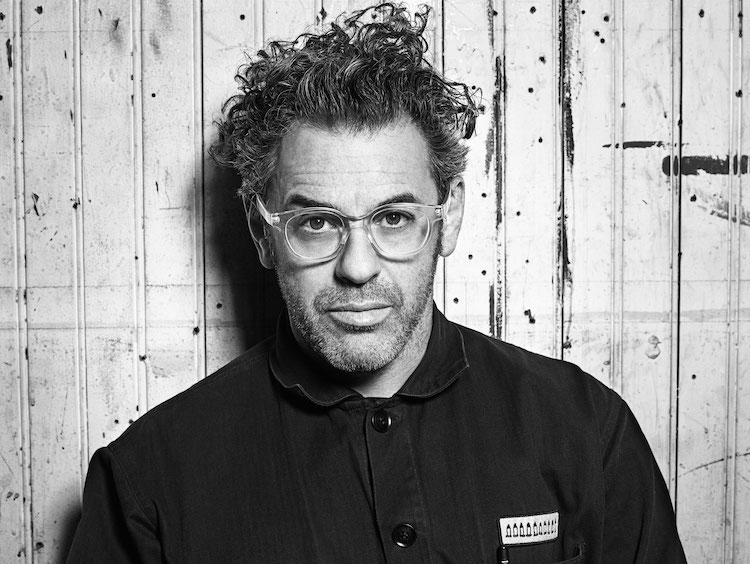 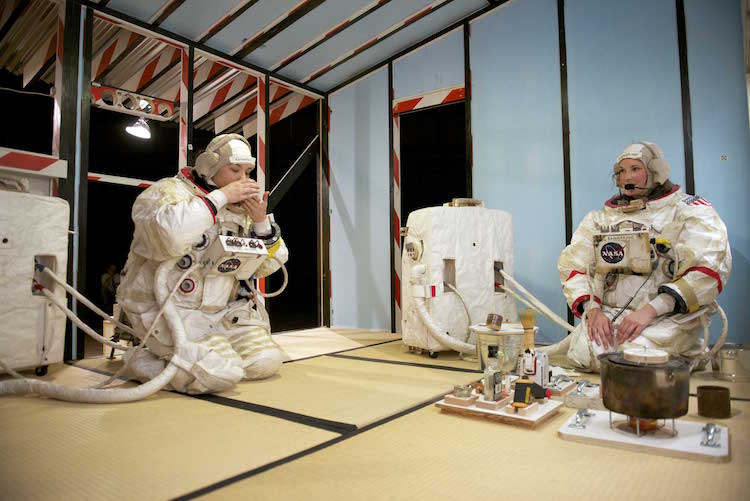 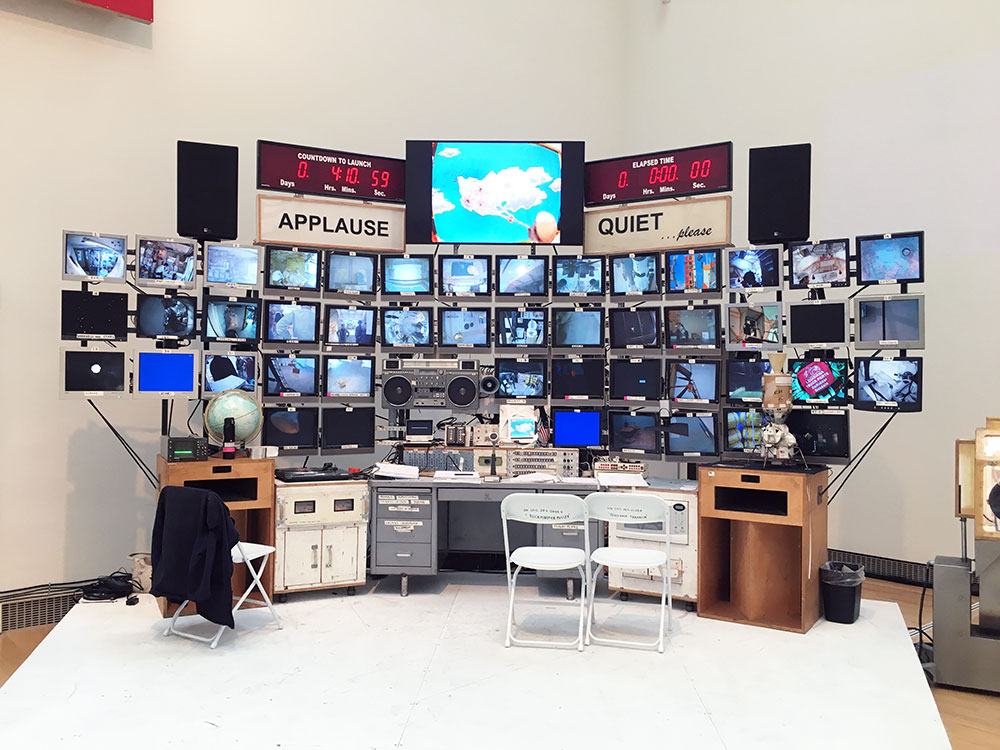 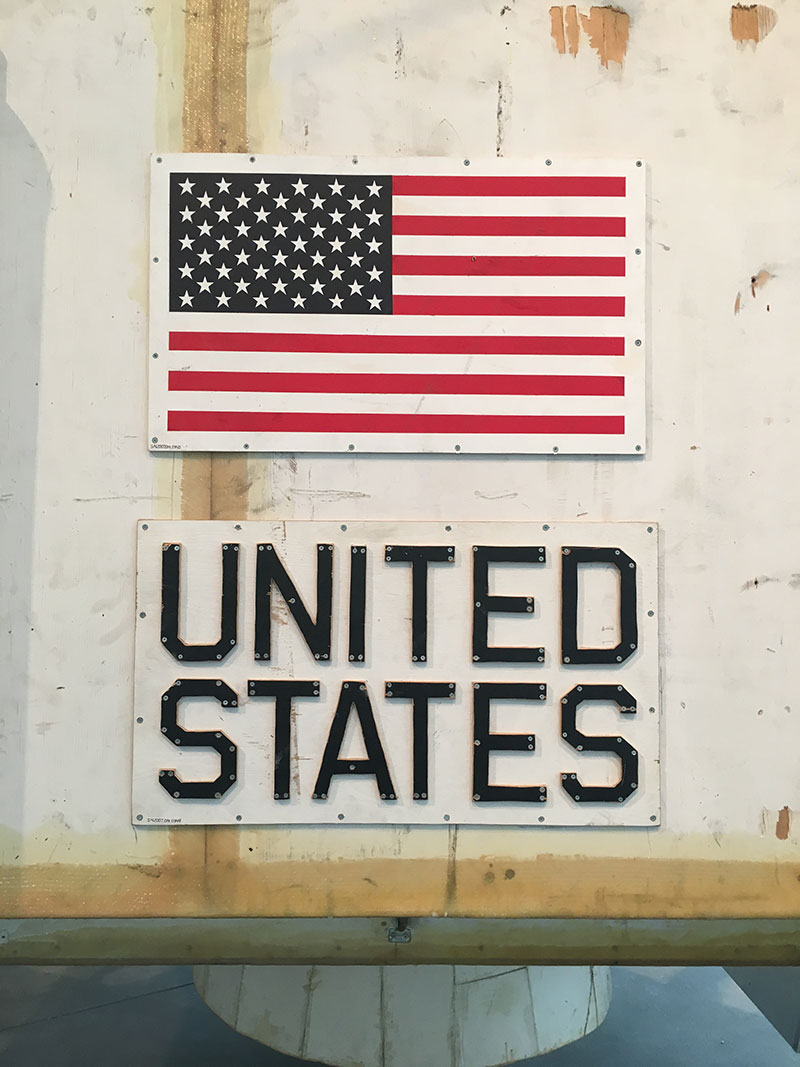 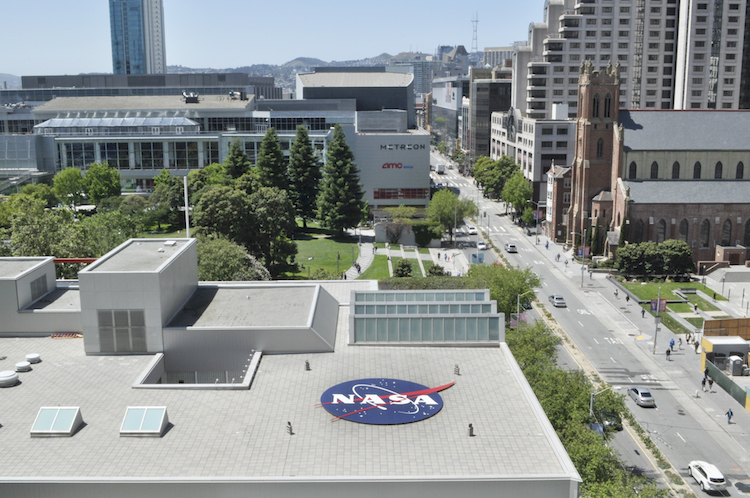 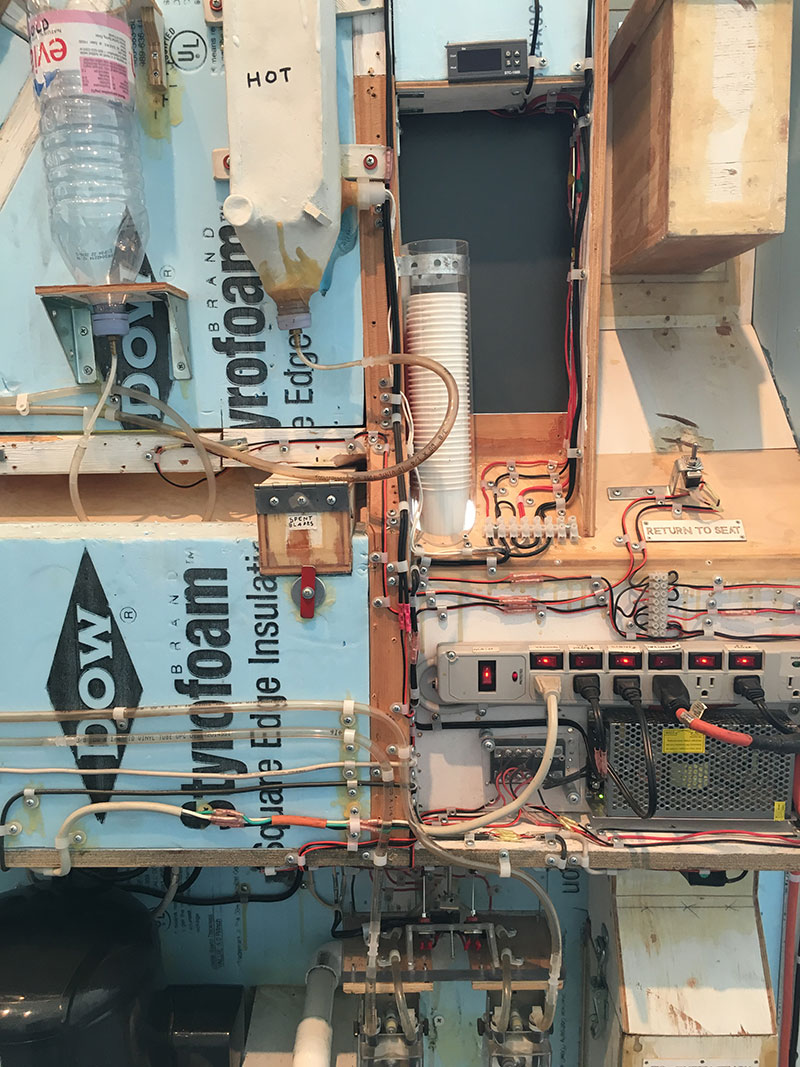 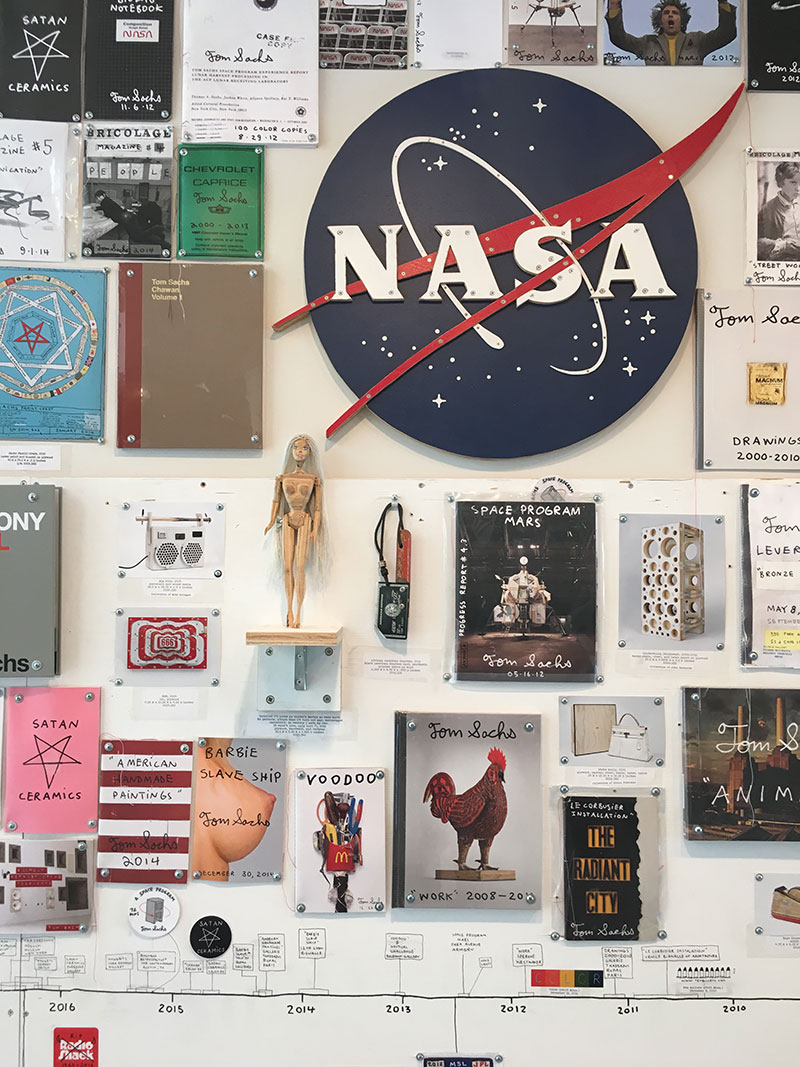 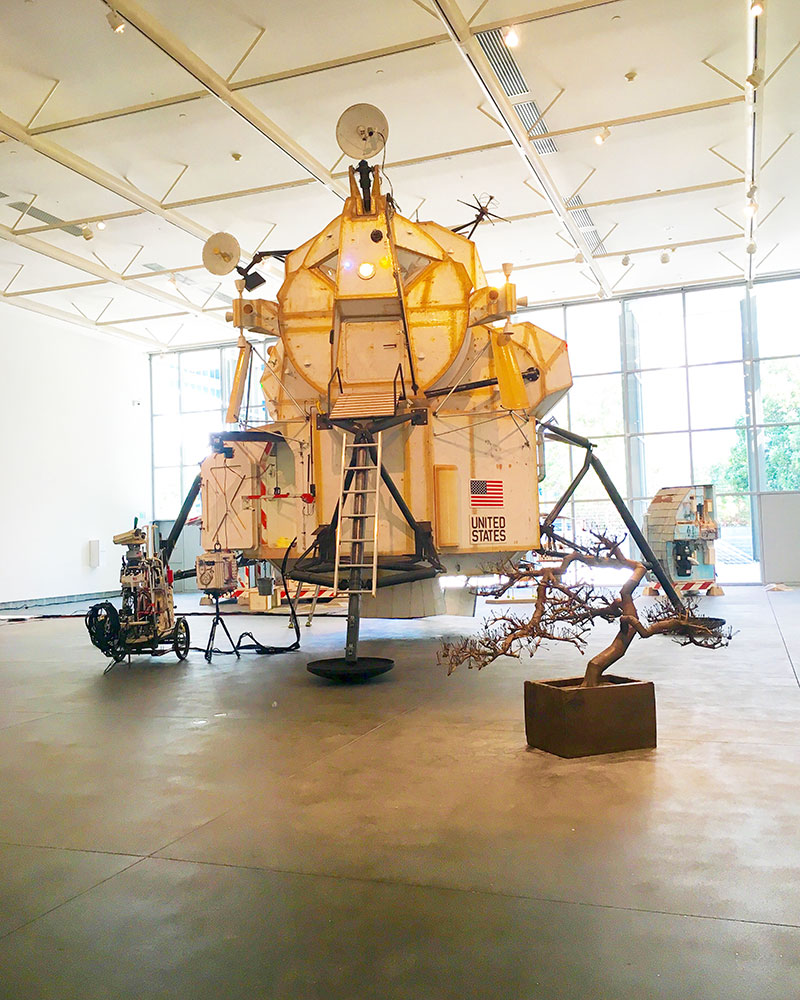 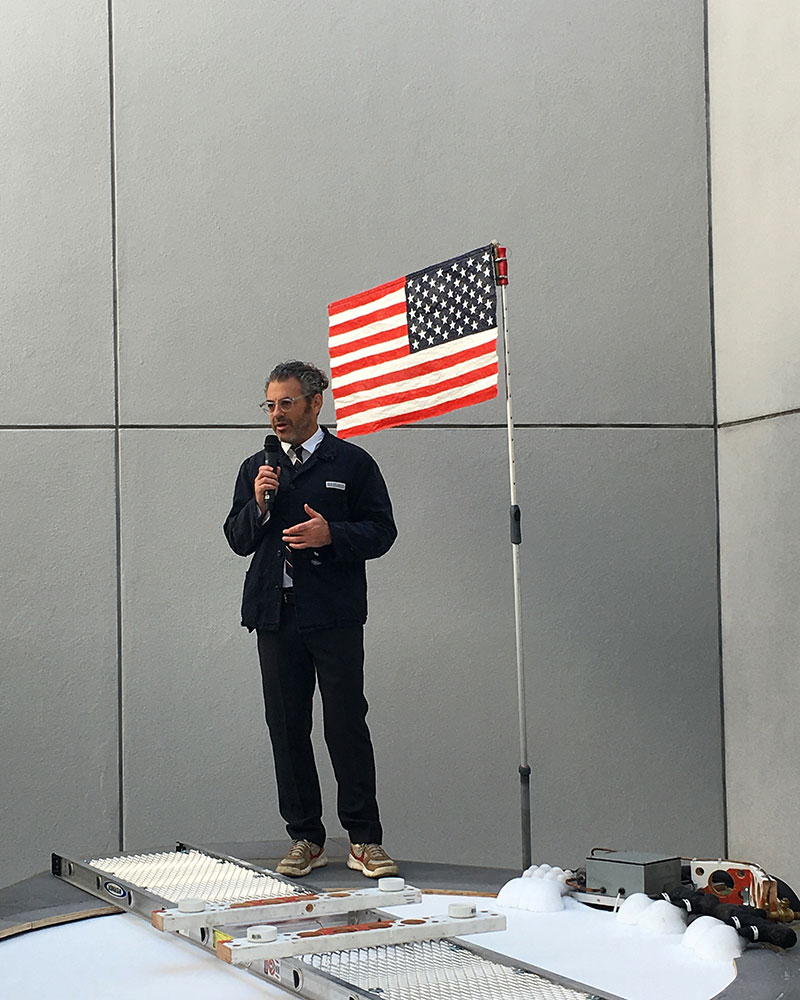 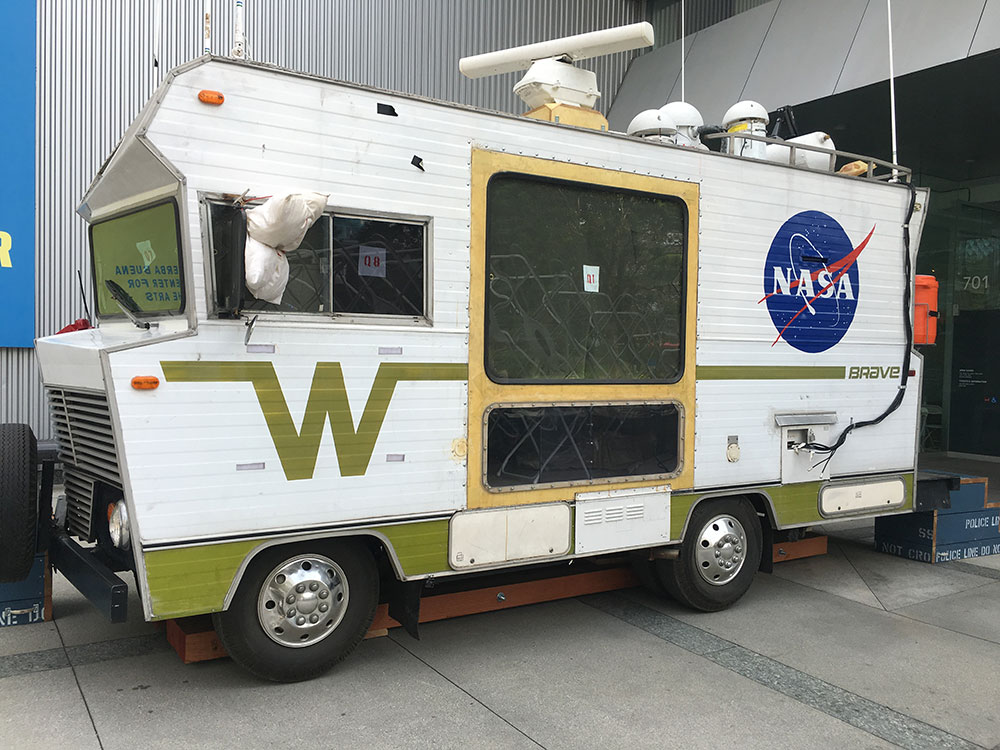 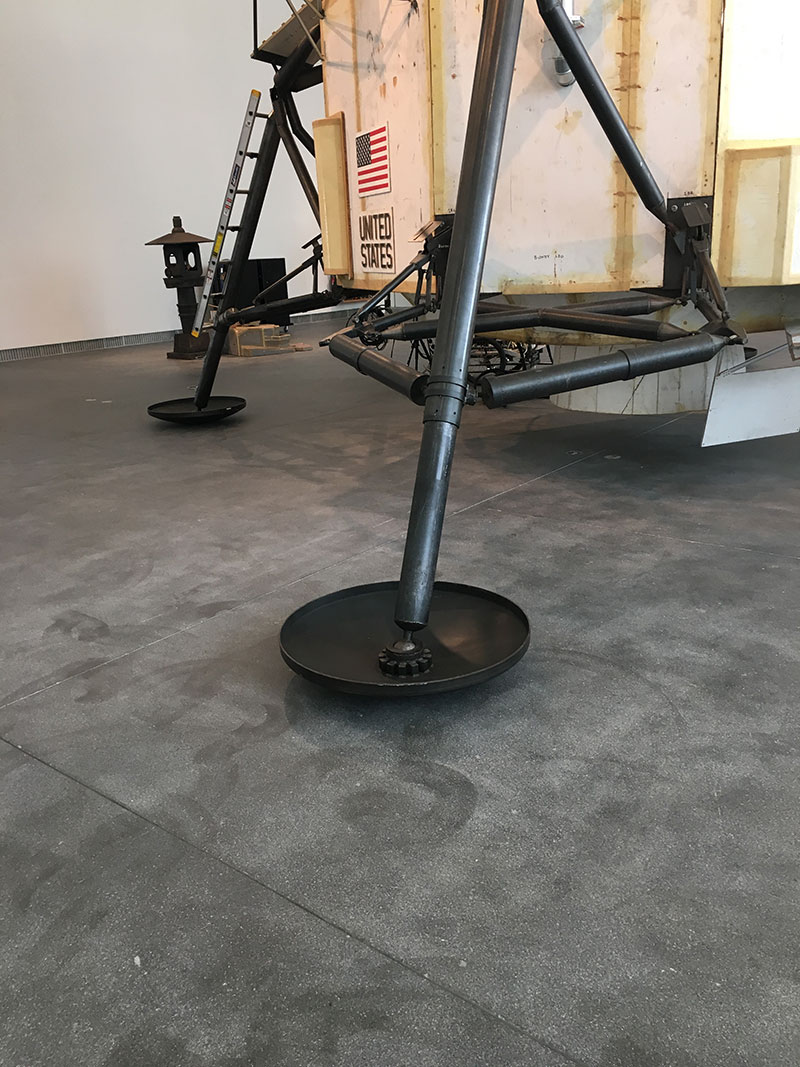 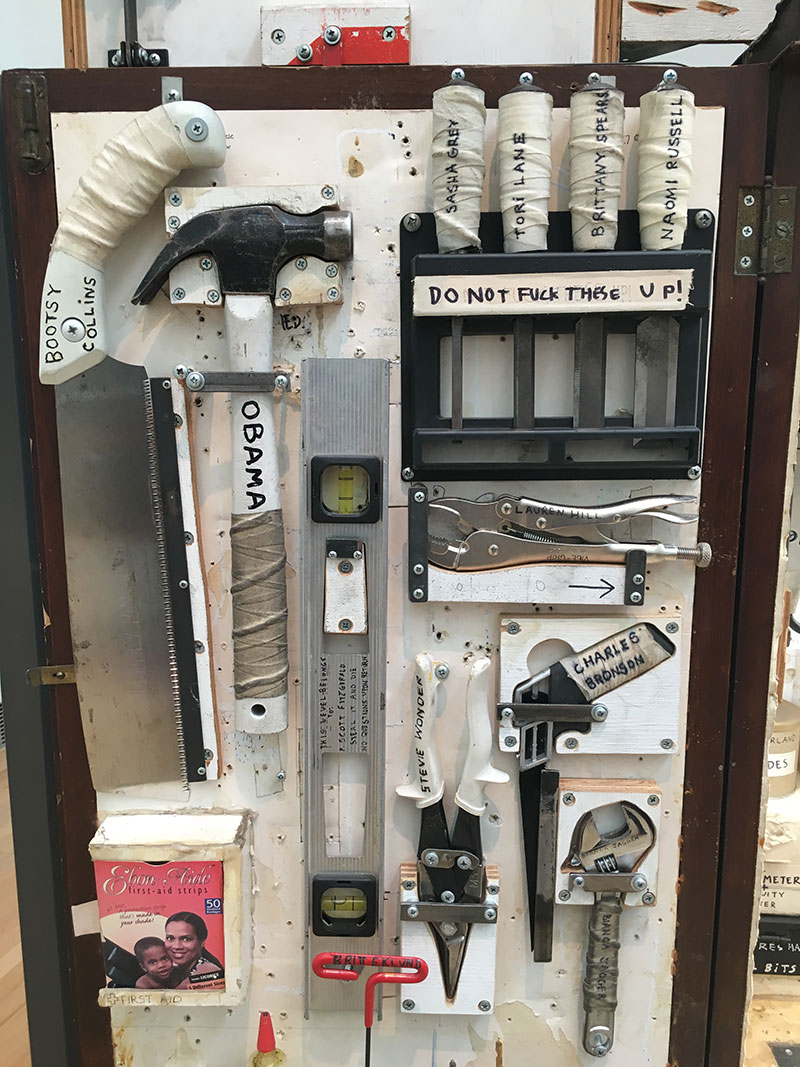 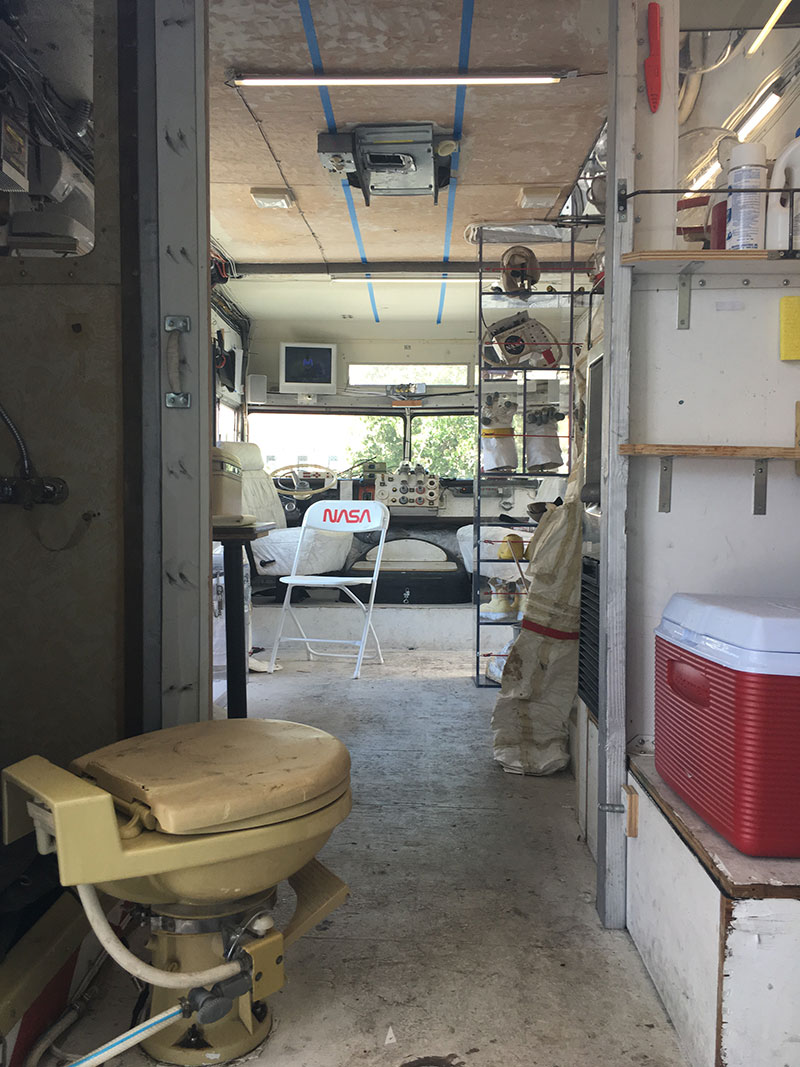 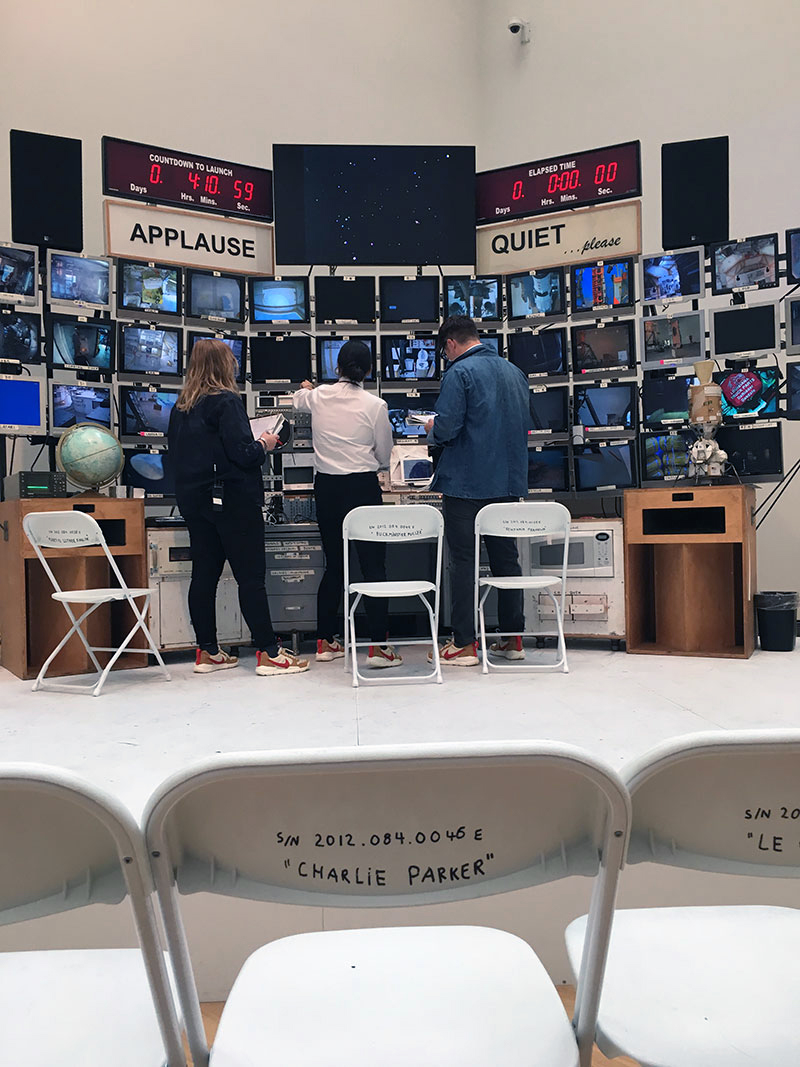 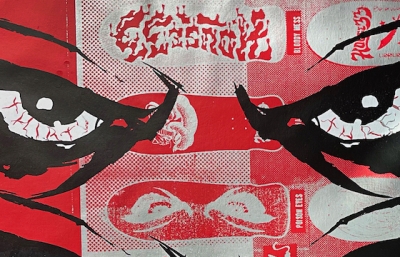 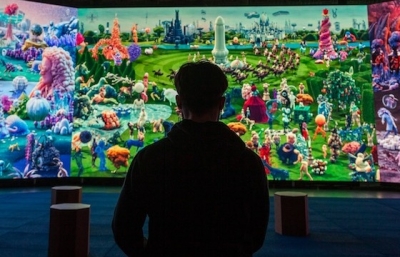 "I'm a sculpture artist, and I want you to look at these works like they are sculptures," Tom Sachs reminds us throughout his walkthrough of his newest exhibition, Space Program: Europa, opening this weekend at Yerba Buena Center for the Arts in San Francisco. And yes, he is a sculpture artist, but he is also quite industrious and one of the most highly detailed-oriented artist you will ever see. These works may not get you to space, but they might? That is the feeling you get throughout this exhibition, and the artist reminds us: this work continues to be created in the spirit of the great American can-do spirit, where unimaginable heights were reached by the mere intensity of willing it to happen, ie, putting men into space and the eventual moon landing. But it is also made in the idea that why can't an artist be the one to make a spacecraft? Why can't Tom Sachs build sculptures that fly into space? And by the end of his talk today, we were all convinced that maybe we should believe it, too.

Tom Sachs is perhaps best known for his simulated outer space adventures made possible by a DIY aesthetic and absurdly delightful details. If you’re not already there, get yourself to San Francisco for the opening or closing of this highly anticipated exhibition where you will be transported to another dimension as the latest mission is set in motion. Or visit mid-exhibition where the operation will be open for observation, alongside a storefront coffee shop that offers meditative screw-sorting opportunities for space program volunteers on the ground.

As if “a gigantic thirty-two-foot NASA ‘meatball’ logo relief sculpture of painted plywood,” that can be seen from strategic aerial locations wasn’t enough to look forward to, YBCA revealed more, “Sachs will also host a tea ceremony during the opening and closing weekends, featuring hand-sculpted bowls and ladles, scroll paintings, vases, a motorized tea whisk, a shot clock, and an electronic brazier created by the artist himself. The ceremony is Sachs’s take on the ancient Japanese tradition of chanoyu, the ritual of preparing and serving tea. Sachs treats the culture of the tea ceremony and the scientific and space exploration communities with a combination of reverence and ignorance that allows him to reinvent the rules to tell a broader story of ambition, transformation and faith.”

You may remember the May 2016 feature where we sent our special agents to uncover the secrets of Sachs by distracting him and his Satan Ceramics crew with a tattoo machine, which only filled us with more anticipation to climb aboard Major Tom’s next mission. We’re so ready for liftoff.

Watch our recent video with Tom in the Satan Ceramics studio, from May 2016...

Images provided by Tom Sachs and YBCA, with additional shots by Juxtapoz.