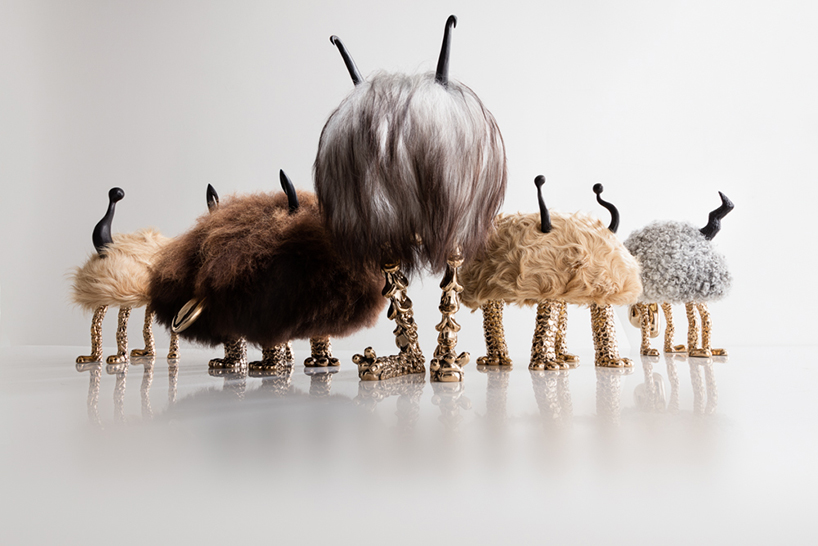 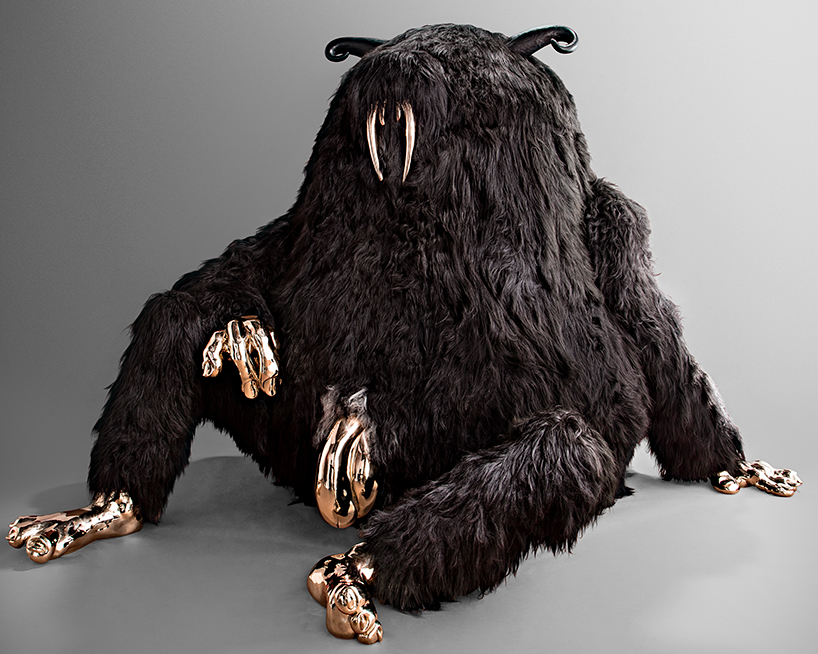 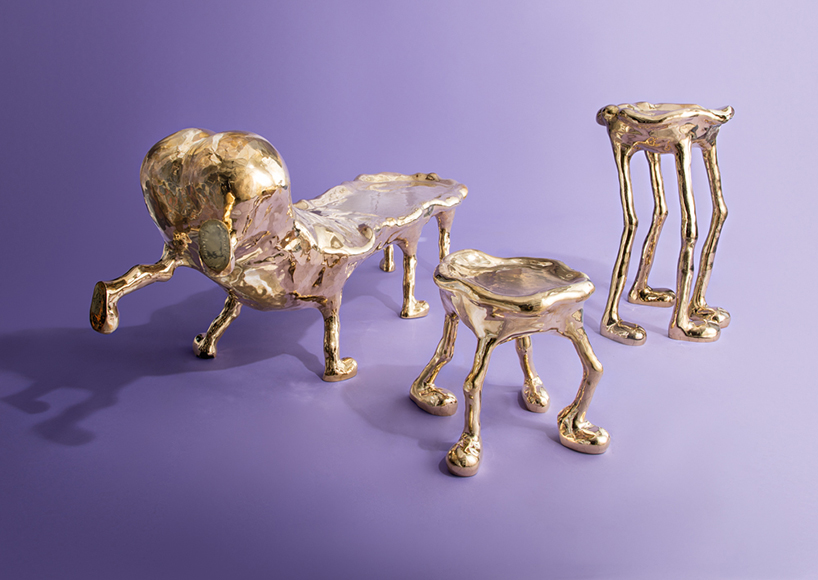 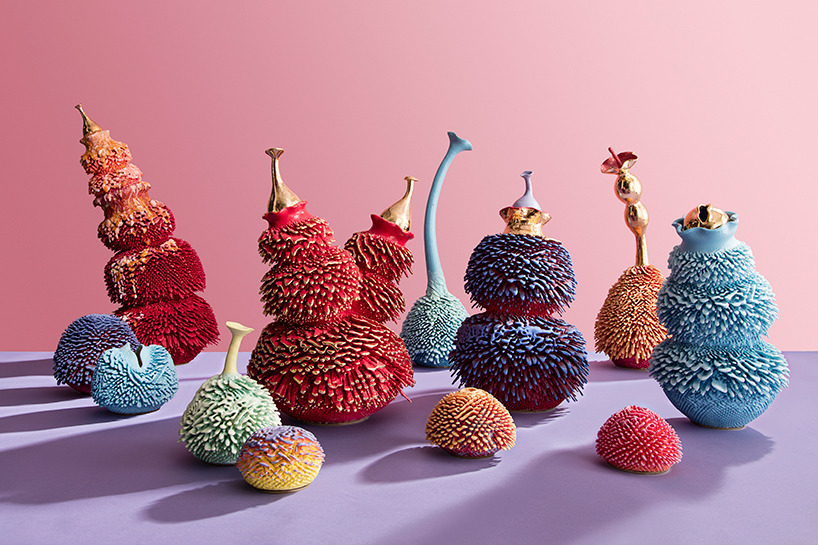 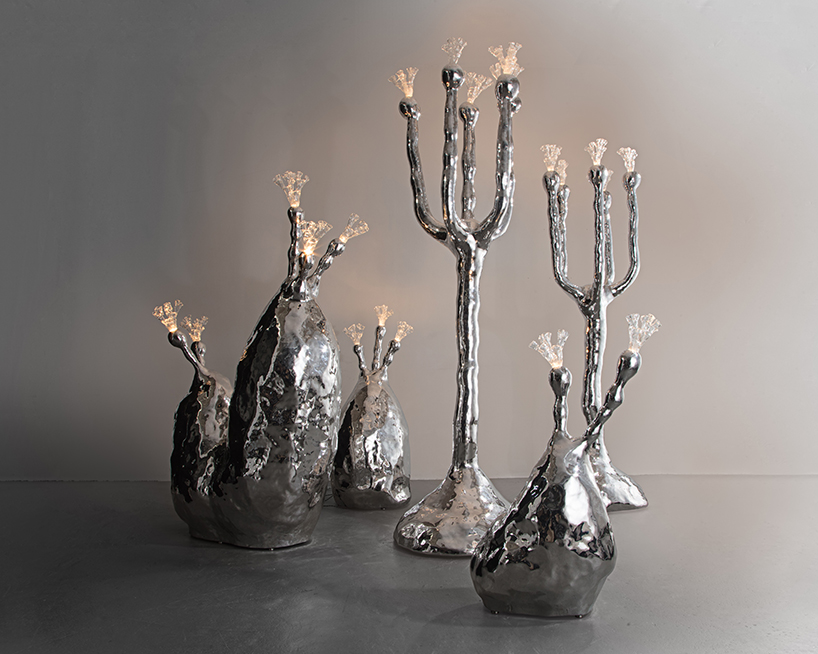 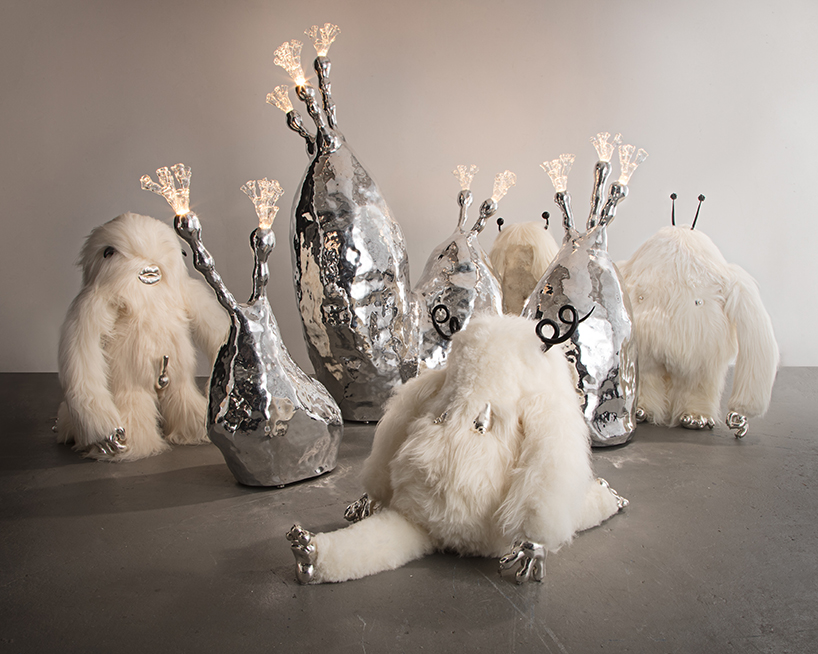 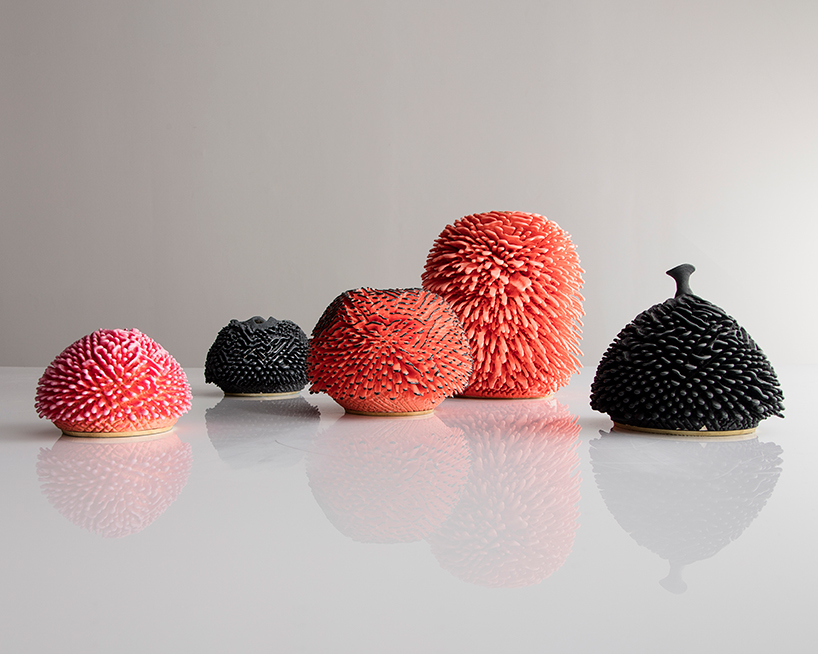 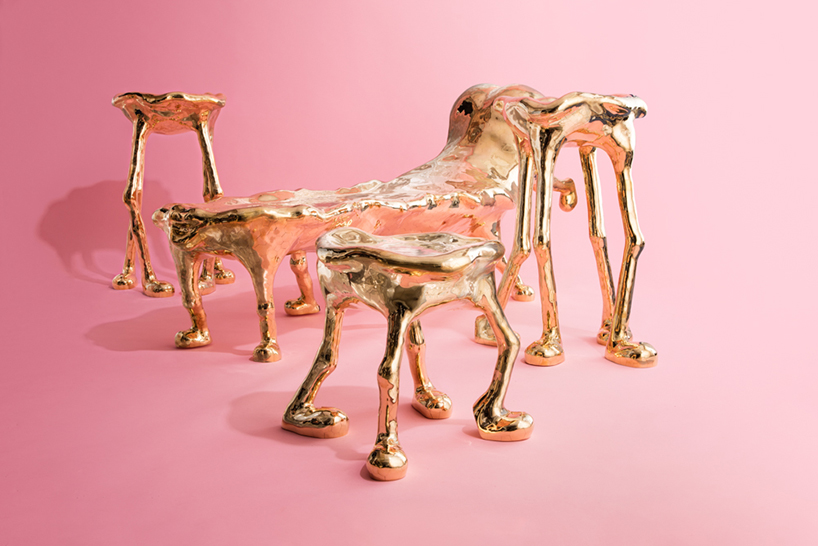 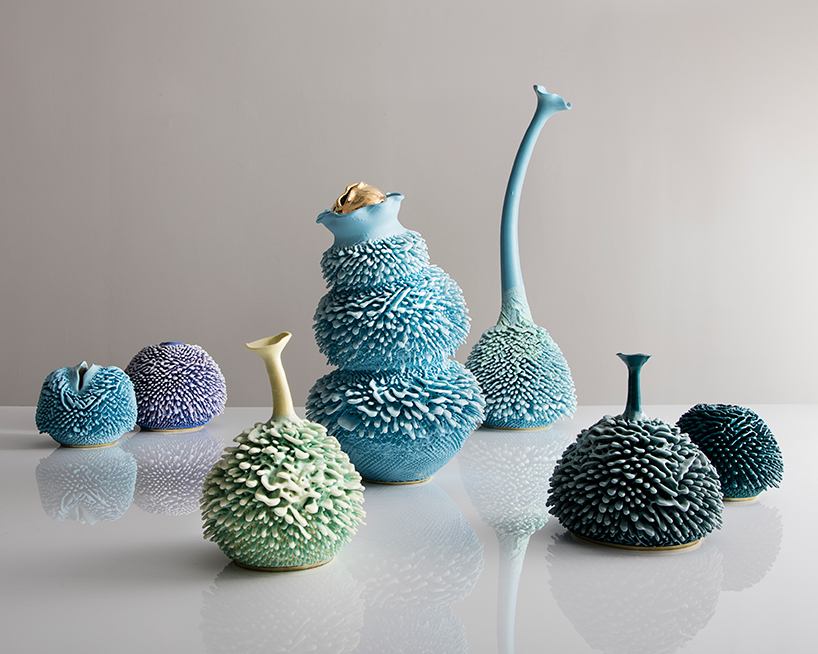 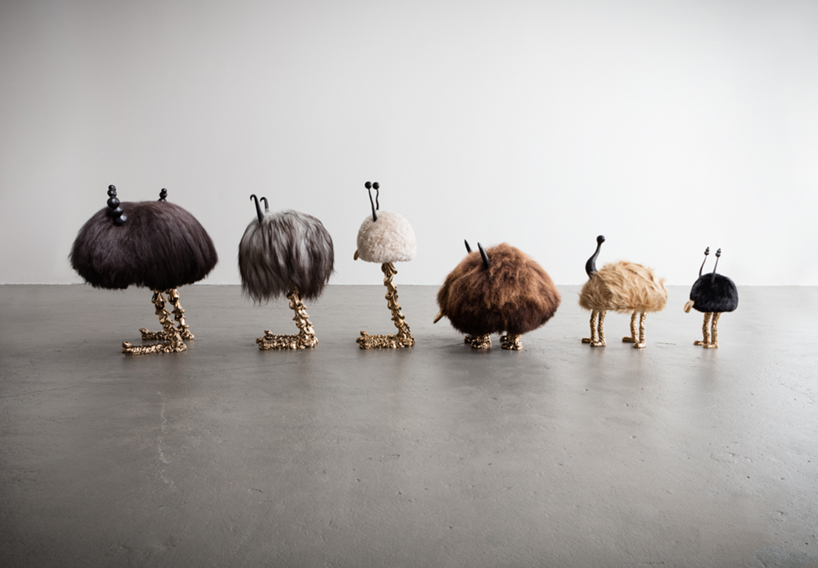 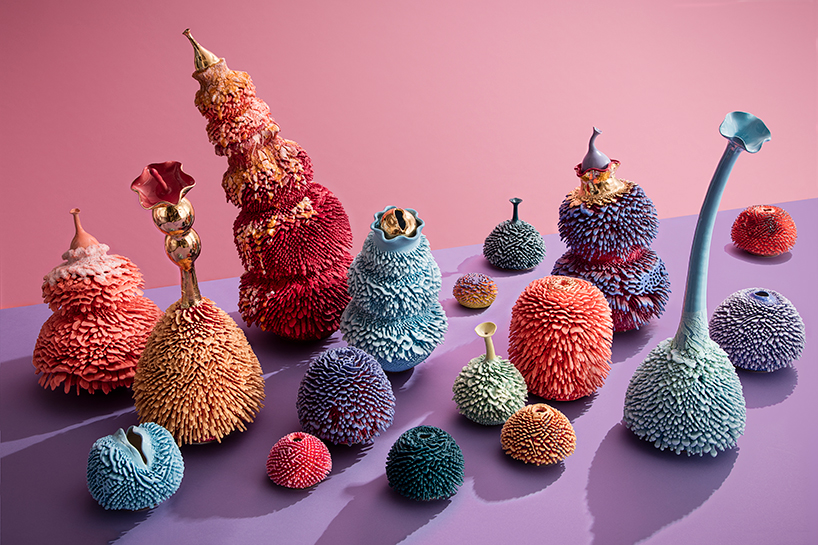 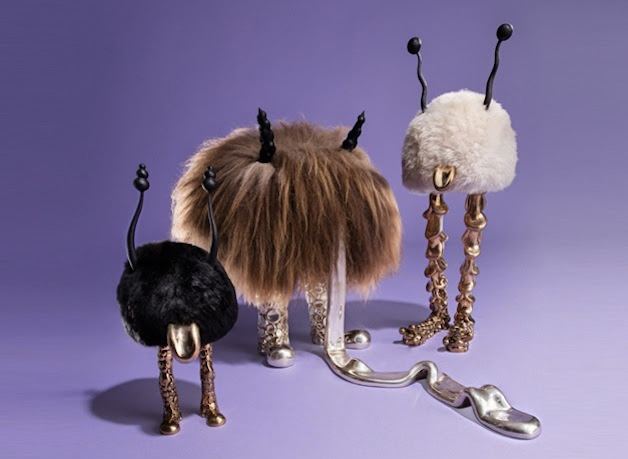 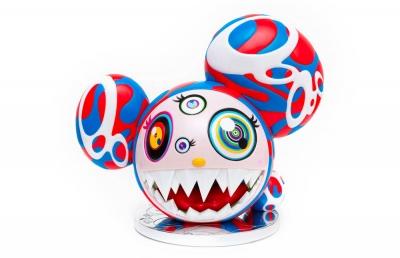 The Haas Brothers, one of the most eccentric and genre-bending artists in the sculpture as functional design/furniture game, just opened a new show at R & Company in NYC.

R & Company is pleased to announce The Haas Brothers exhibition, King Dong Come, running through January 5th, 2017. This is The Haas Brothers' second solo exhibition with the gallery and an exciting presentation of all new work. Spanning the entire upper gallery, King Dong Come is a fully immersive experience, with an array of uniquely fantastical plants, animals and creatures.

The exhibition's title honors King Dong, the largest Beast ever created by The Haas Brothers' studio. At nine feet tall, this statuesque and Godly creature is at the center of the exhibition, living in its own sanctuary room. The concept of religion was a fundamental focus for The Haas Brothers when conceiving this exhibition, as their recent travels to South Africa to work on their Afreaks project found them exploring and embodying a new perspective on spirituality and conscious awareness. Niki Haas states "I have been thinking a lot about the context of the art world and its value to society in the 21st century, really the best analogy I can draw is the place of religion in the 19th century - the art world at a very pivotal juncture, it can pick the path of positive good or destructive self interest."

For this exhibition, The Haas Brothers encourage visitors to journey through the exhibition in a manner similar to a wanderer taking part in a pilgrimage. The architecture of the gallery space has been completely reimagined and transformed into an enchanting environment. Divided into two separate rooms, the front of the gallery represents a "magical forest" filled with whimsical creatures while the back of the gallery is the sanctuary for King Dong. The spaces are separated by a majestic door, intricately carved out of walnut, with a walrus on one side and octopus on the reverse. The immersive environment gives visitors a glimpse into their psychedelic world animated by unusual forms and creatures. 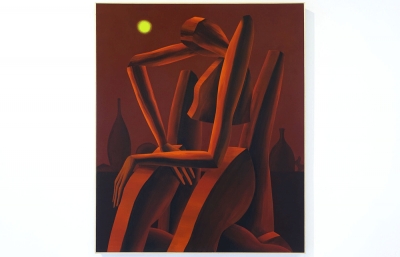