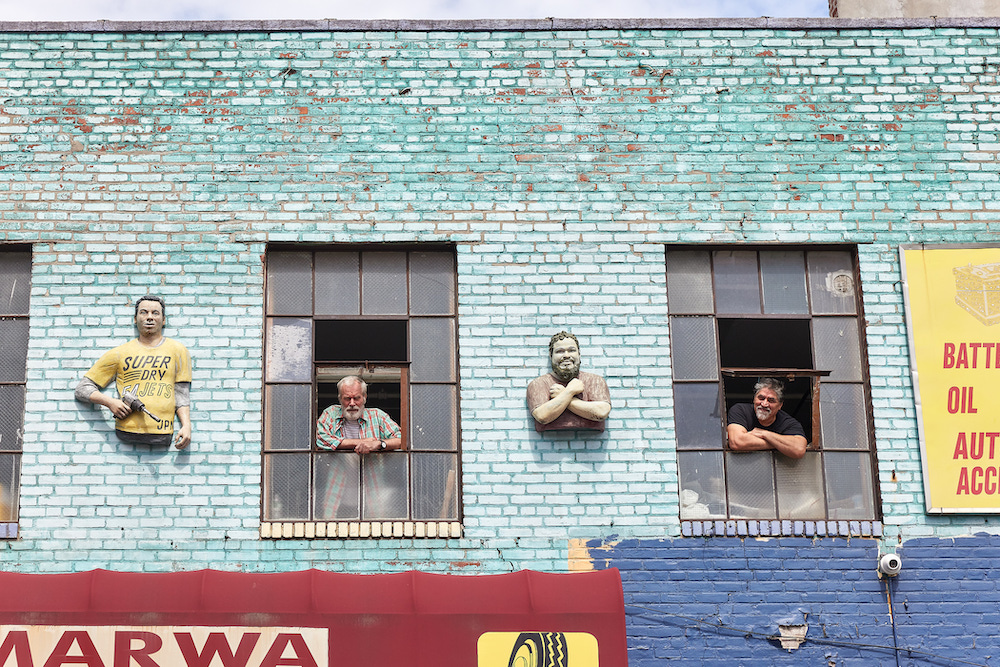 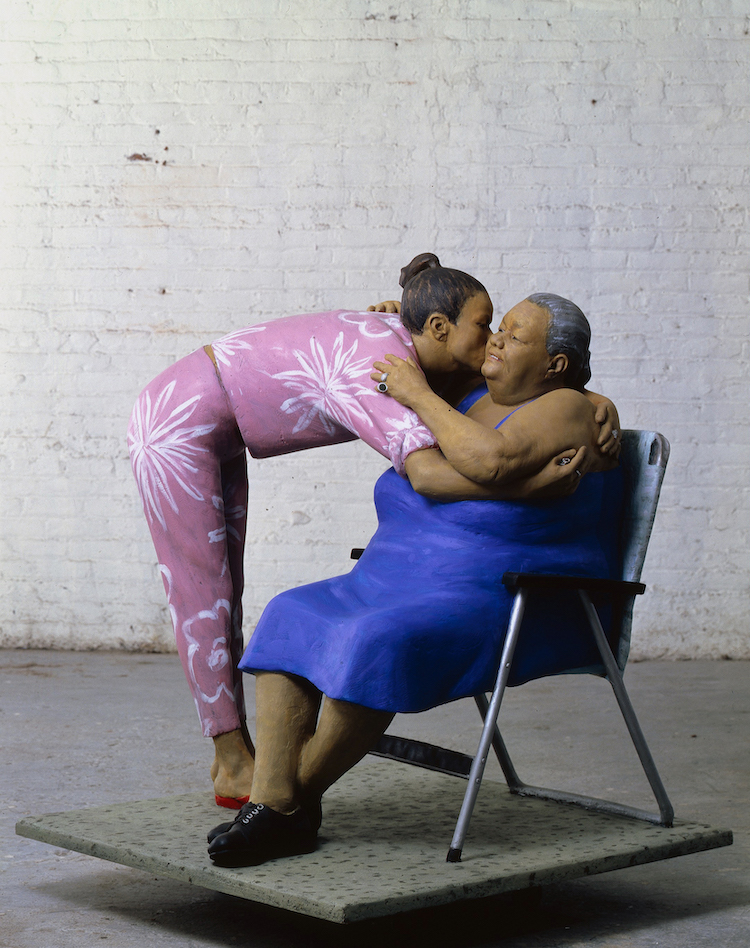 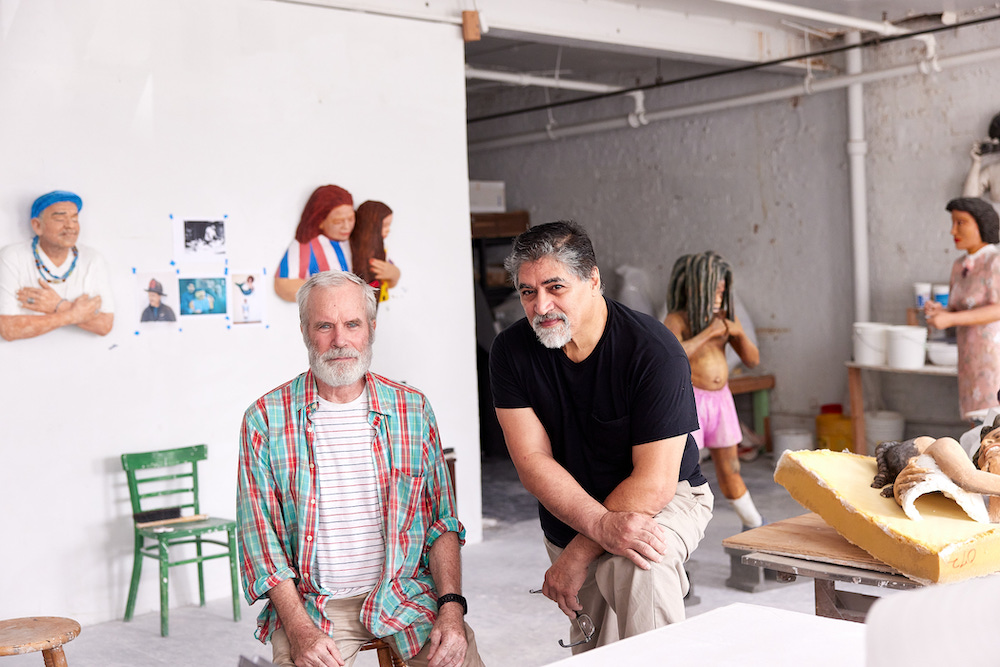 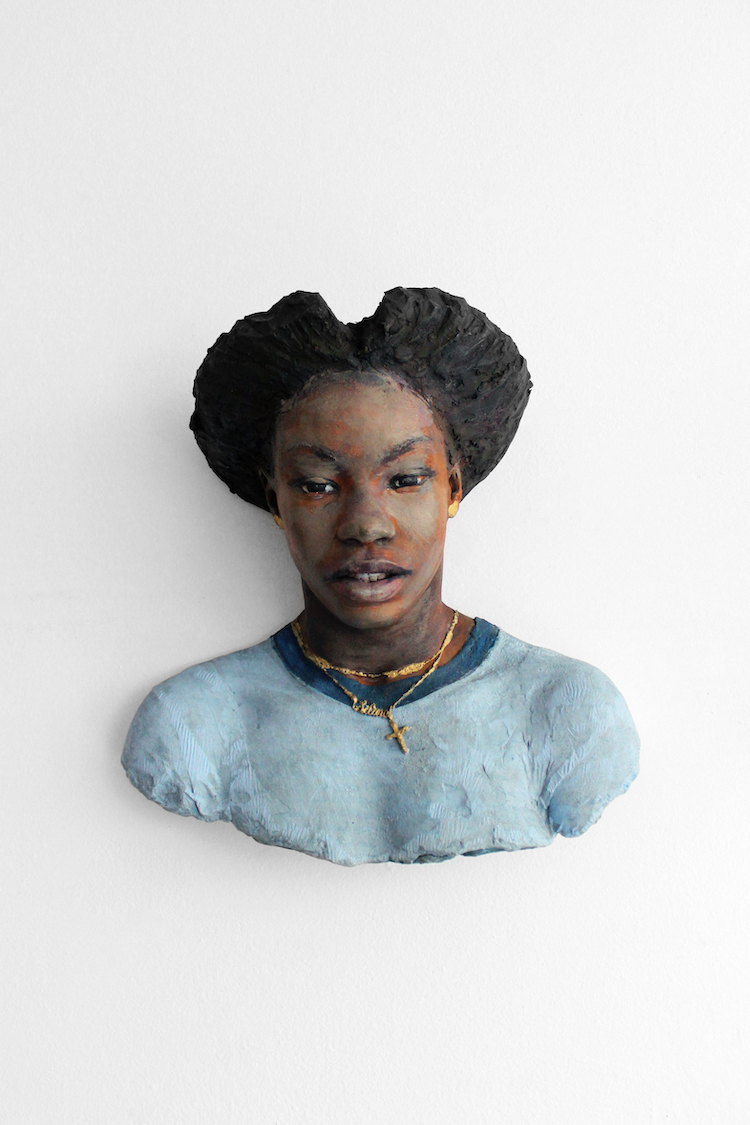 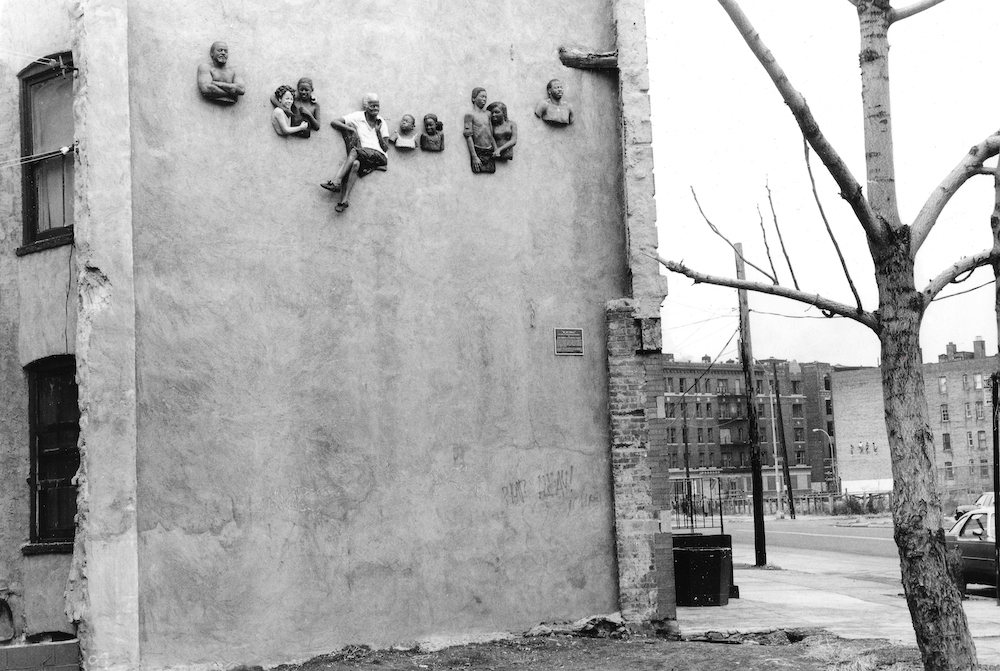 We Are Family with Double Dutch in the distance,1982. Photo by Ivan Dalla Tana 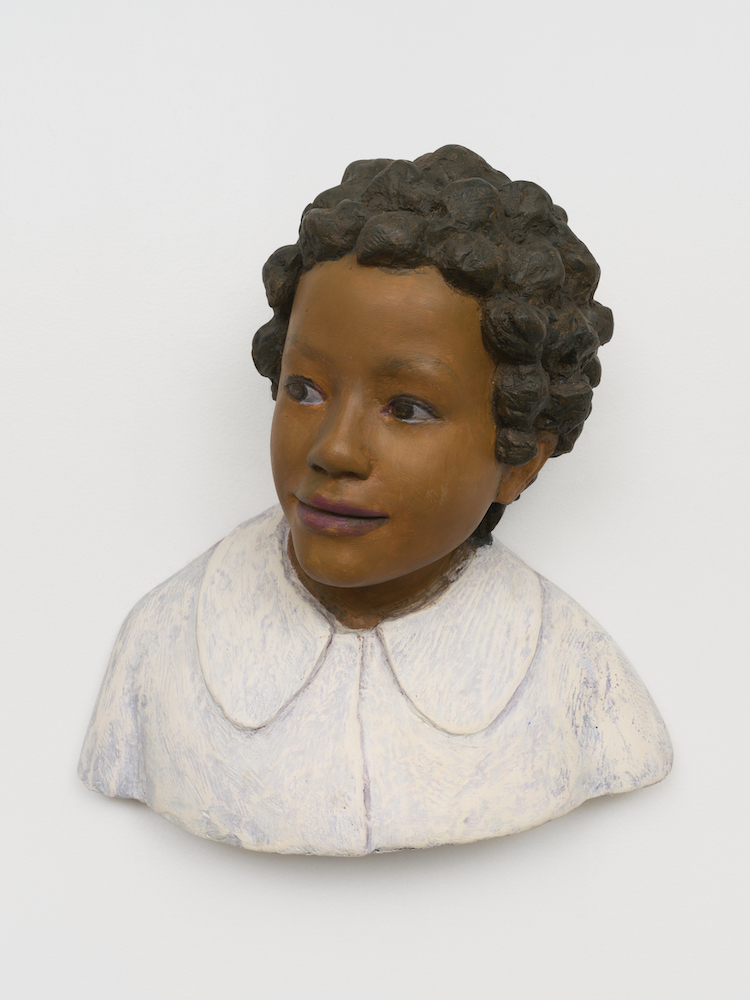 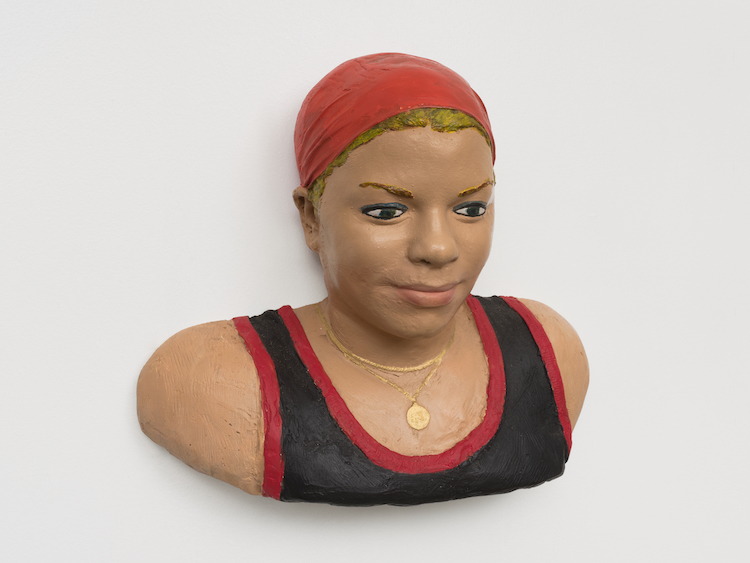 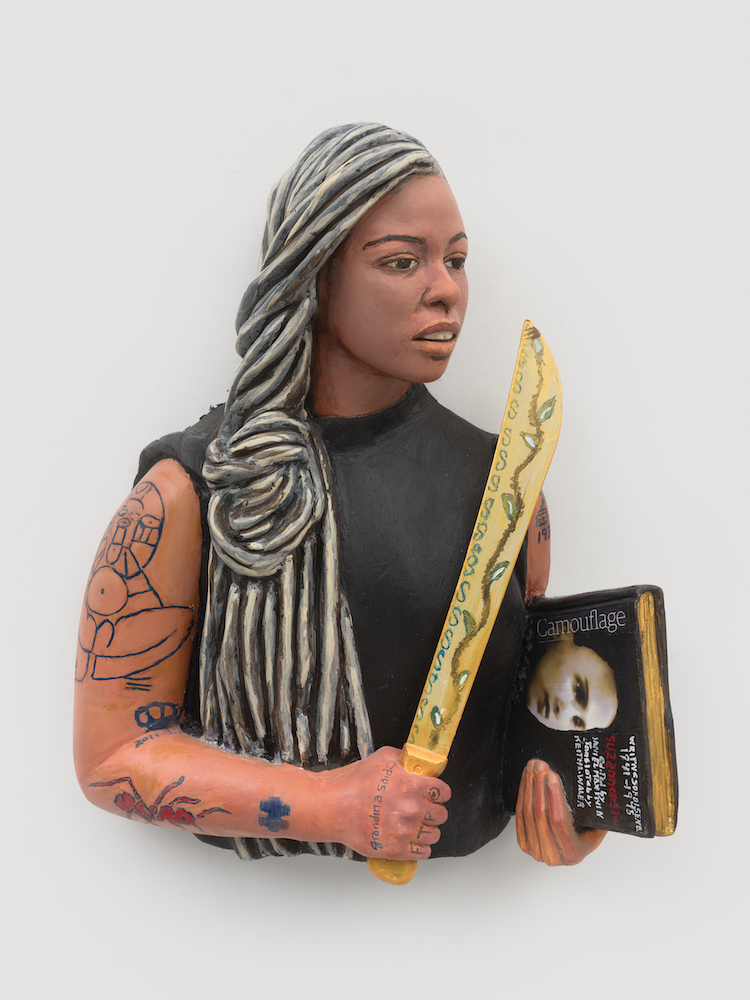 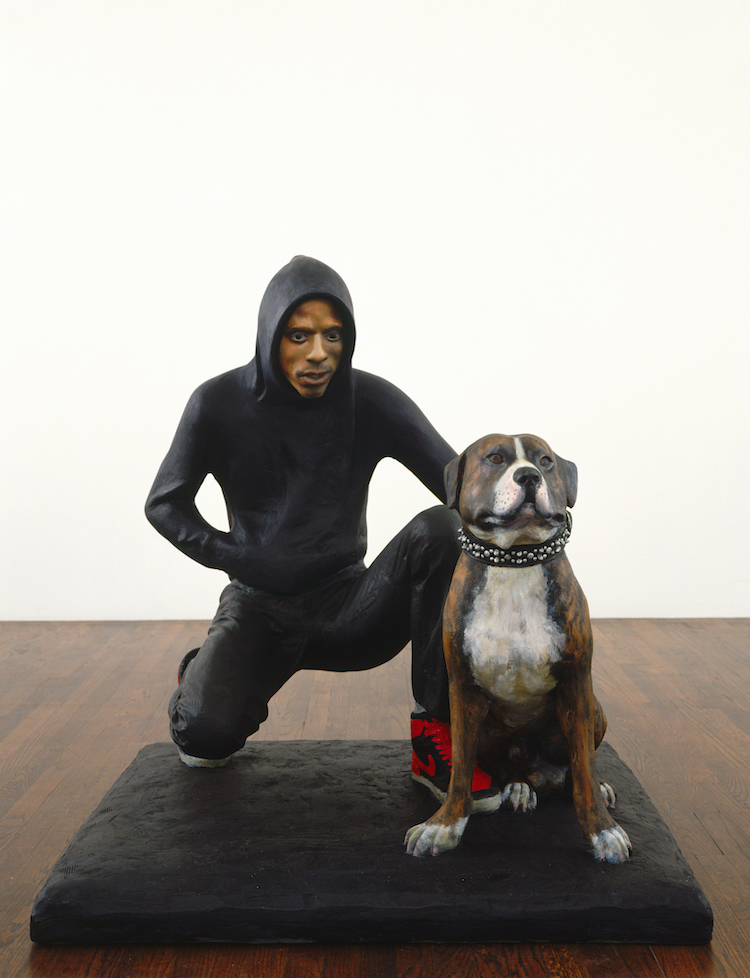 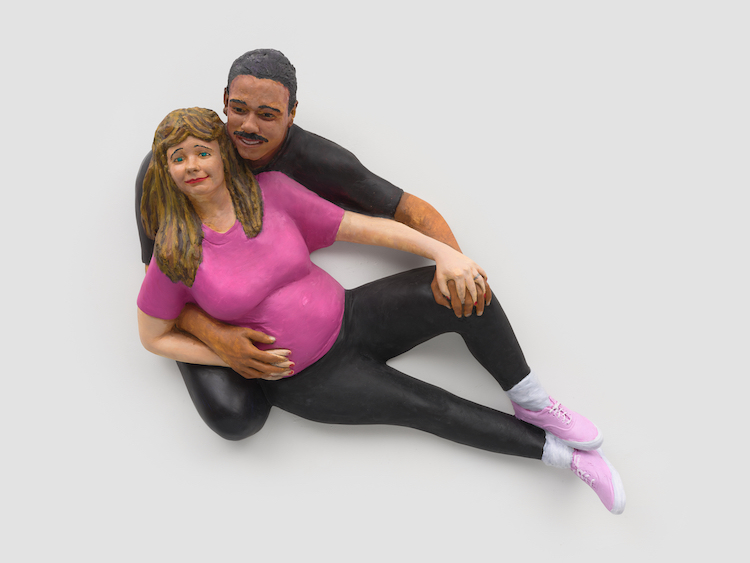 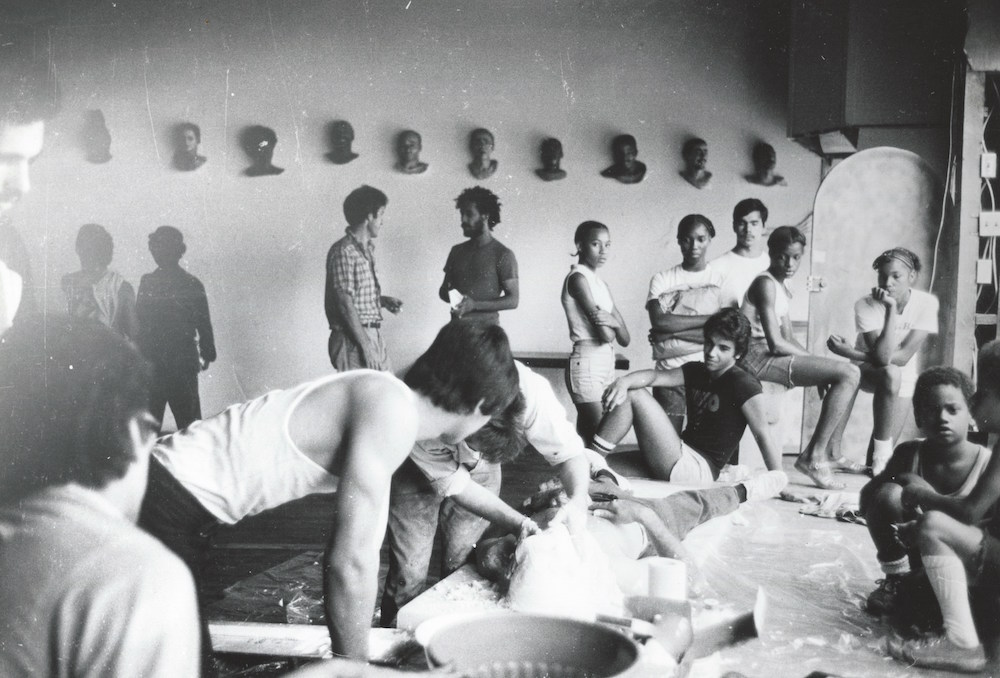 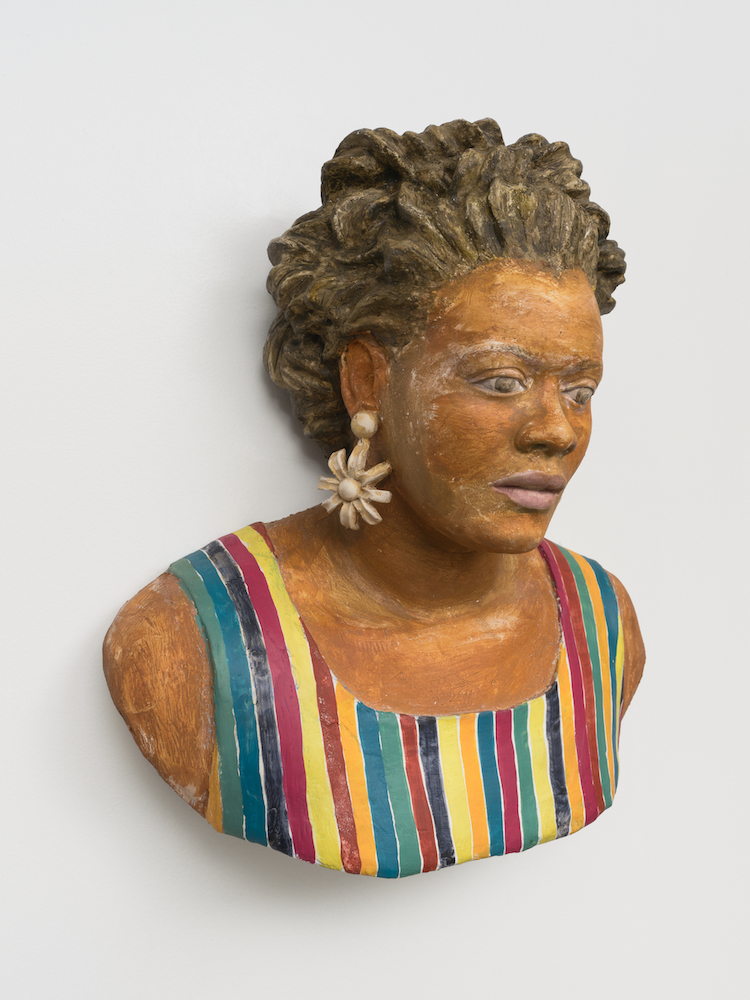 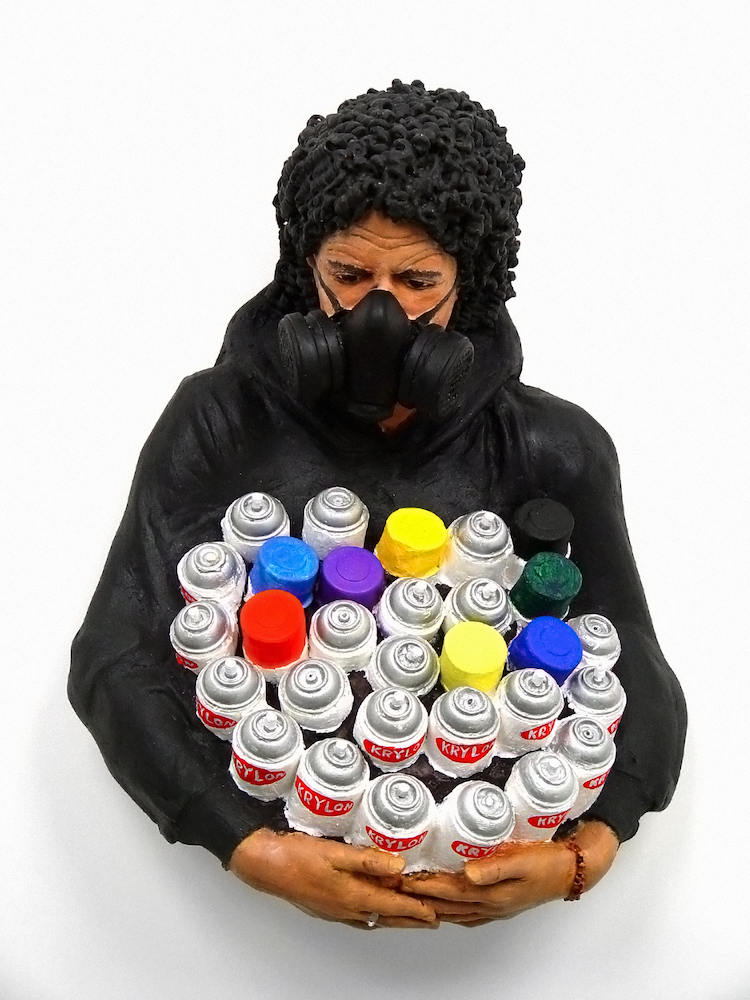 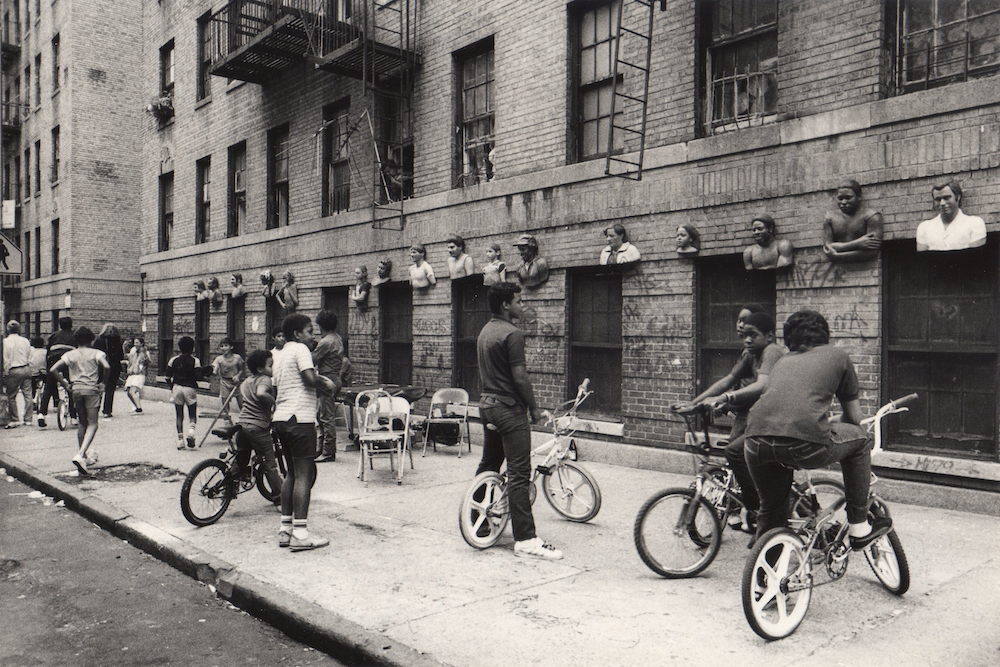 Line of casts by John Ahearn and Rigoberto Torres on Walton Avenue. Photograph by Ivan Dalla Tana
We think you'll like 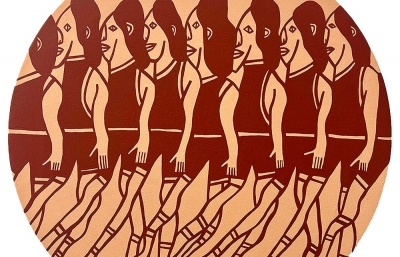 For over 40 years, Bronx-based John Ahearn and Rigoberto Torres have represented the Bronx internationally through their iconic figurative sculptures created by life-casting people in the community. Through April 30, 2023, The Bronx Museum of the Arts will present Swagger and Tenderness: The South Bronx Portraits by John Ahearn and Rigoberto Torres, a survey exhibition foregrounding the people seen in these sculptural portraits, combining the artists’ best-known works with rarely seen pieces alongside never-before-seen archival images and ephemera. This is the first exhibition to place equal weight on the presentation of both artists, and the first major survey of their work since 1991 (Contemporary Arts Museum, Houston), reuniting 65 of these artworks in the Bronx with the very people they represent. Swagger and Tenderness is co-organized by independent curator Amy Rosenblum-Martín and literary activist Ron Kavanaugh, alongside exhibition advisors from the community.

Working in communities historically marginalized by the artworld, John Ahearn and Rigoberto Torres intentionally collaborated with their neighbors, a process that resulted in dignified representations of people who art museums have long invisibilized or misrepresented. These depictions of their friends or people they encountered on the street were subsequently displayed in public on the very same Bronx streets––decorating apartment building facades, local offices, and commercial storefronts––as well as hung in people’s homes in the Bronx.

Unlike traditional presentations of their work in white cube galleries, Swagger and Tenderness takes a radically different approach to exhibition design and viewer enjoyment. Designed in collaboration with architect Darío Nuñez-Ameni (Acconci Studio) and Bronx-based architect Jorge Plazas (Sir David Adjaye's collaborator), the Museum galleries will be transformed into elegant, cerulean blue spaces inspired by neoclassical details found in Bronx architecture and interior design. Playfully combining exterior and interior references, the architects create an immersive environment with postmodern twists that celebrate a distinctly Bronx aesthetic. The curators envision this pleasurable dreamscape representing luxury, dignity, ease, rest, and abundance as a welcoming power source for local visitors in these times of increased systemic violence toward Black and Brown communities. Seating areas with tables set up with intergenerational local games, like skelzies and dominoes, will invite the community to relax and play as part of the exhibition. The 100-page catalog will include new interviews with the artists and Bronx-based portrait sitters, poetry by Bronx authors, illustrated curatorial essays, and a graphic novel written by Ron Kavanaugh and illustrated by Sole Rebel, both Bronx natives. A series of community-focused events will take place throughout the duration of the exhibition, including an opening reception with Bronx food vendors, panel discussion, double dutch competition, salsa dance party, book discussion with Literary Freedom Project, and frequent curators’ tours for the public.

Since 1979, after first meeting at Fashion MODA—the legendary South Bronx storefront cultural center founded in 1978––Ahearn and Torres have made casts from resident-models in the Bronx. At the time of their meeting, seventeen-year-old Torres was working at his uncle’s statuary factory in the Bronx, the borough where the Puerto Rican artist was raised from a young age, while Ahearn, awhite man from upstate New York, aimed to earn the trust of the people in the Bronx to start a community-facing art practice there. Upon forming what would become a life-long collaboration, Torres suggested they expand their practice to specific Bronx neighborhoods where he lived. This led to the start of community casting workshops on the sidewalks of the South Bronx, and between 1981 and 1985 resulted in the creation of many portraits, public projects, and several permanent sculptural reliefs in the neighborhood, including We Are Family (1981-82), Life on Dawson Street (1982-83), Back to School (1985), and Double Dutch (1982)––a canonical work honoring four girls jumping double dutch. Drawing inspiration from these intimate collaborations with workshop participants, both artists have remained deeply committed to stewarding care and collaboration with their Bronx neighbors.

This survey exhibition will feature 65 portraits from the Bronx Museum as well as other public and private collections. In addition, works from the artists' collections will be presented publicly for the first time, together with rarely seen Polaroids of South Bronx residents portrayed in the sculptures. Featuring their neighbors performing everyday activities, many portraits depict people embracing, exemplified by Ahearn’s Maria and Her Mother (1987) and Janelle and Audrey (1983), two sisters with their arms held firmly around one another in statuesque togetherness; and local heroes illustrated by Torres’s Daze (1998), a portrait of the renowned street artist Chris “Daze” Ellis, and Ruth Fernández (1991), a monument to the late singer-politician who remains a celebrity in the Puerto Rican community.

Executive Director Klaudio Rodriguez comments: “The history of John Ahearn and Rigoberto Torres’s practice mirrors that of The Bronx Museum, which was founded in the early 1970s at a time when New York City was in crisis. As a cultural institution dedicated to social justice, we want to dispel the myth that museums are only for certain people. Ahearn and Torres reflect our core mission through their decades-long practice that has championed our local heroes.”