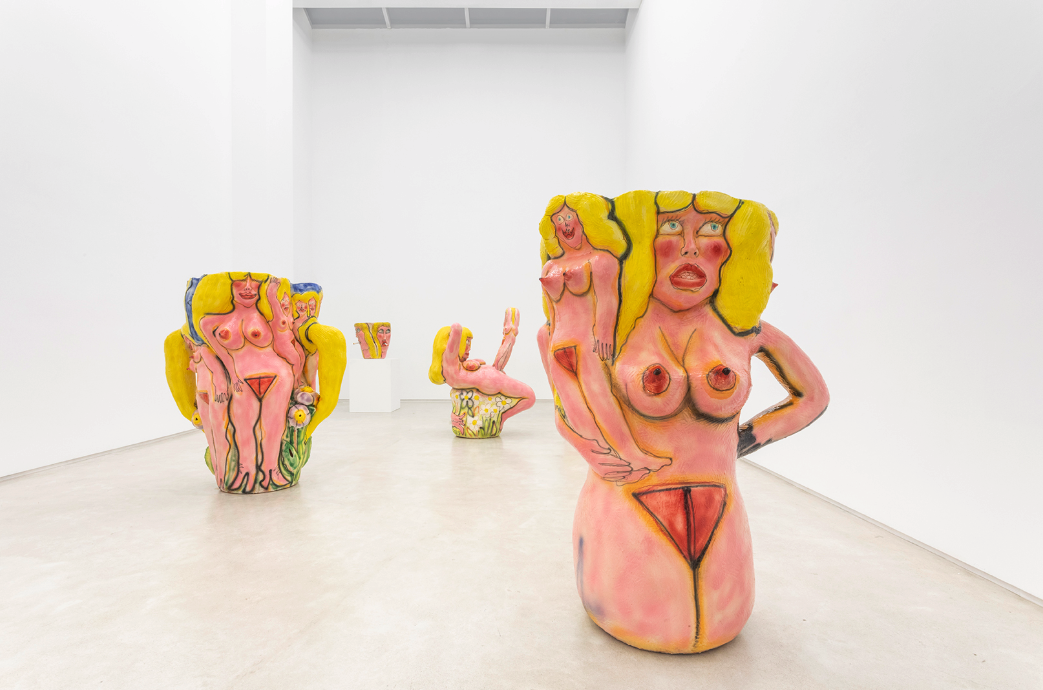 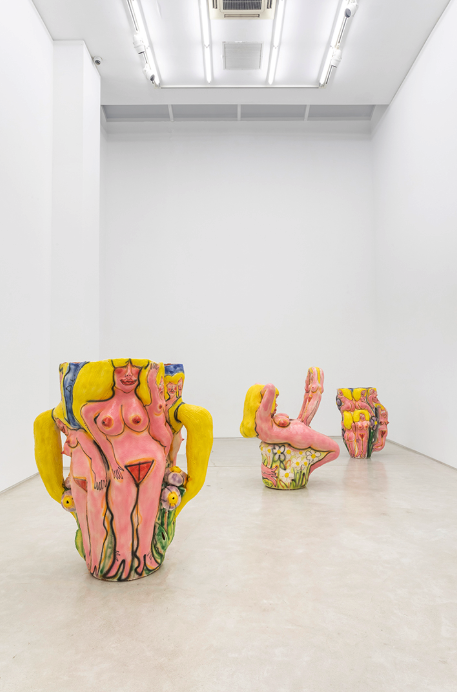 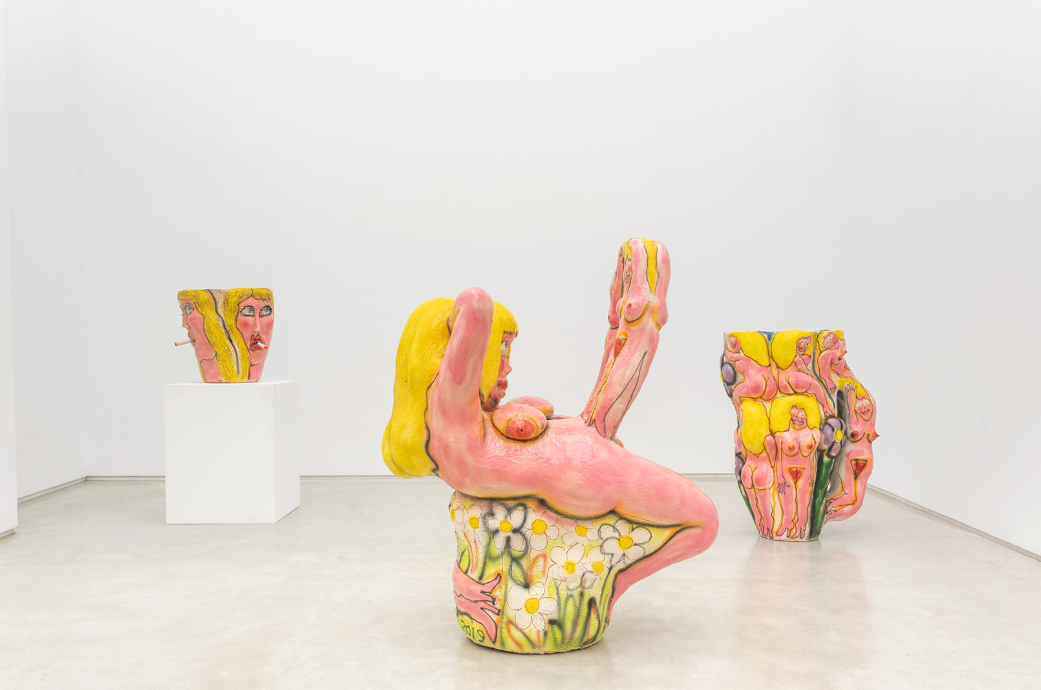 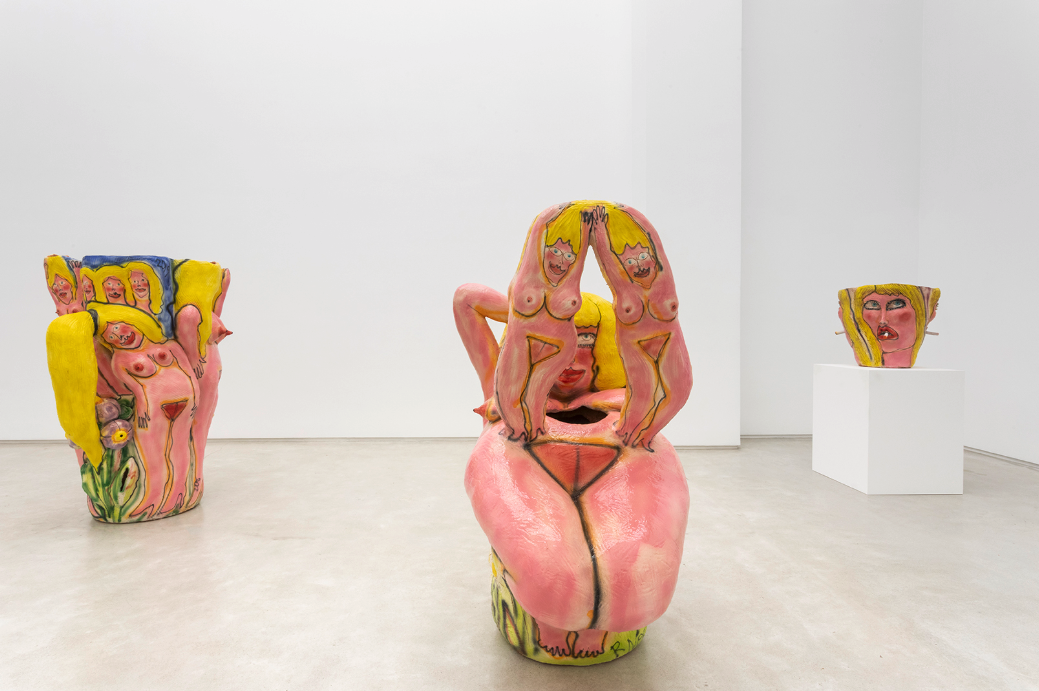 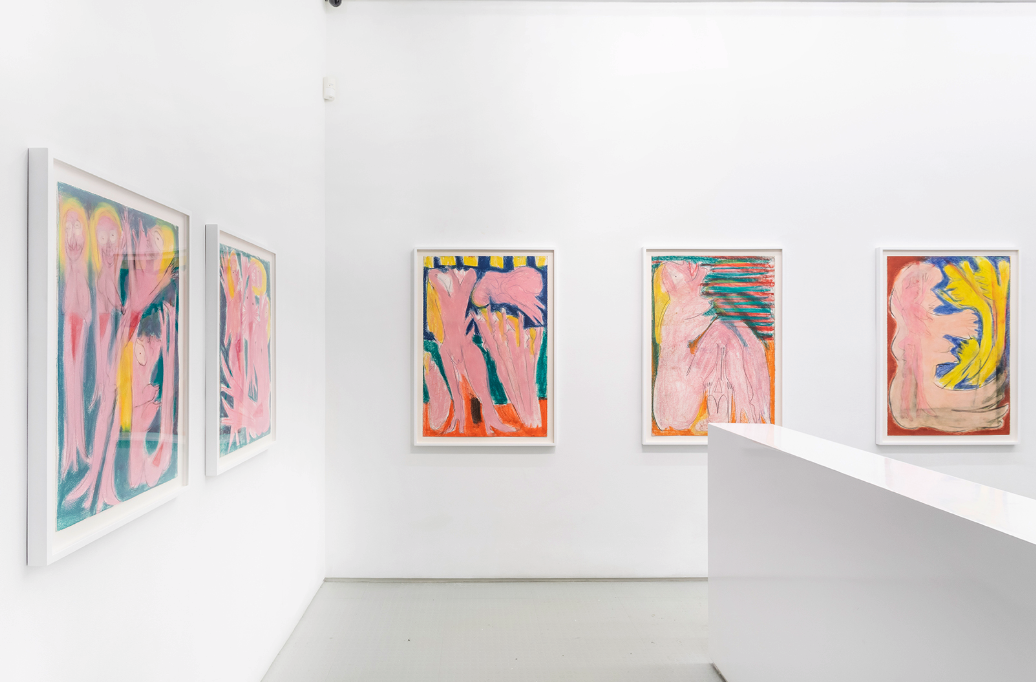 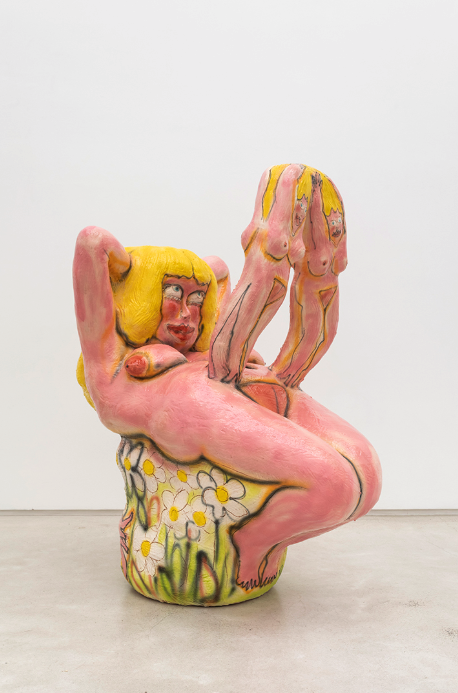 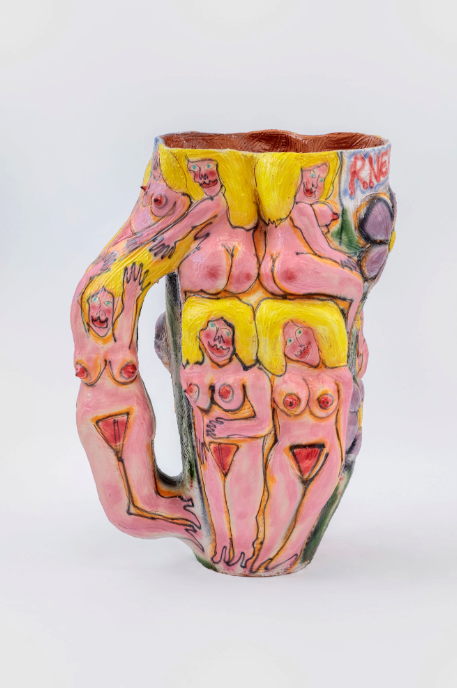 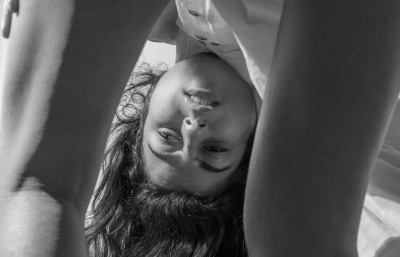 Salon 94  will open their firrst exhibition with artist Ruby Neri, with vibrant new sculptures and pastel studies on paper. Neri’s ambitious ceramics pulsate with forceful femininity. Adorning oversized vessels or towering in fully sculpted form, the artist’s nude female gures are at once powerful and manic. 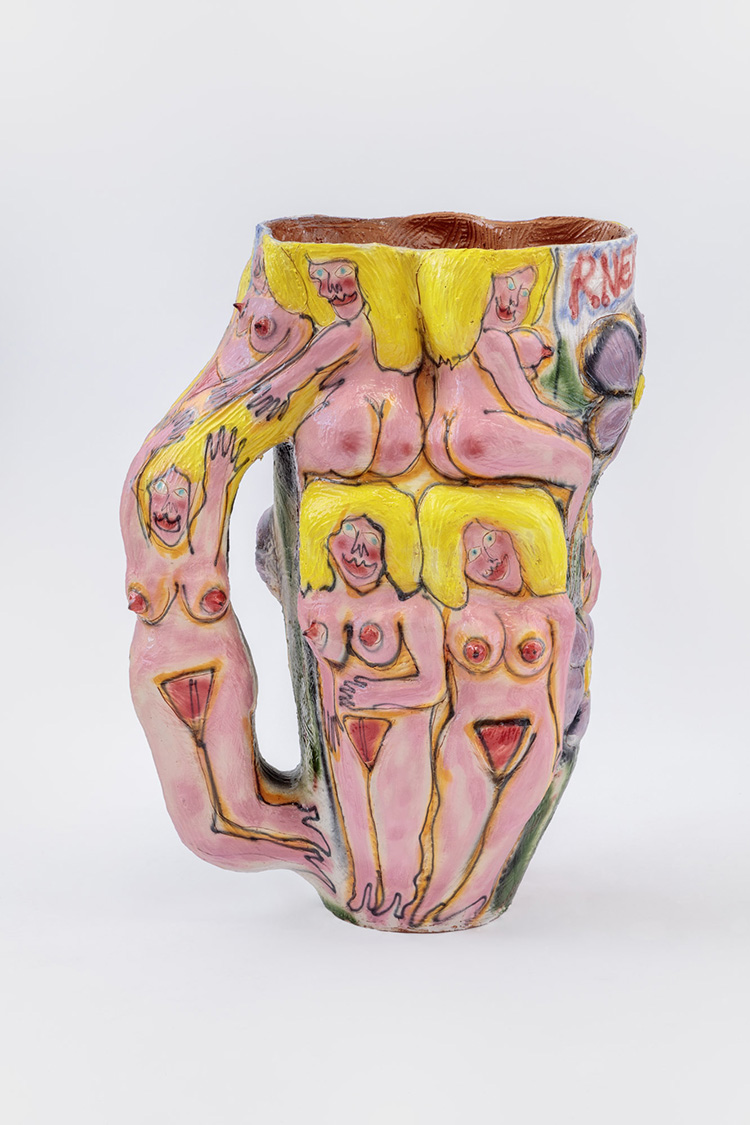 Where Neri’s earlier works revealed a keen alertness in the eyes, the six new figures carry a liveliness throughout their entire bodies. With their garnet red lips and bright lemon-yellow hair, the women in the exhibition border on the brink of fabulous and frantic.

Neri notes that rooms painted yellow yield a manic energy. Evoking clear reminders of enduring—if select—cultural ideals, the blonde hair of Neri’s women recalls associations of women on the brink of self-destruction: such touchstones for tragedy include Helen of Troy, the most beautiful, fair-haired woman of the ancient Mediterranean, and Marilyn Monroe. Through accumulation and repetition, Neri puts pressure on these tragic tropes until they reach new degrees of intensity and mania.

Doubly blonde and yellow, doubly hard and fragile, doubly sculpted in the round and on the surface, the works in the exhibition acknowledge ambivalence, confusion and delirium, stereotypical representations of the feminine that Neri refines through empowerment. These vessels depict “extreme characters of the imagination,” as Neri describes, figures of multiplicity rather than portraits of any one individual. In Neri’s words, the sculptures have a “self-imploding pressure—they are self-destructing in front of our eyes.

While the trope of the frenzied woman has long been conjured by male artists such as George Condo, Willem de Kooning, and Edgar Degas, the character is figured anew with Neri’s hand and gaze: she presents a stable, sure figure in—and of—an out of control world. The vivid surfaces of these volumetric works record the raw energy of Neri’s labor and the passion of her vision, while also retaining the hardness and fragility of the high-heat ring process that secures their form and permanently adheres their colorful glaze. Associated with the Bay Area Mission School, Neri also continues a strong lineage of artists pushing the boundaries of ceramics, including Betty Woodman, Robert Arneson, and Viola Frey. Her work has maintained an unabashed embrace of “funk” and graffiti since the 1990s, sensibilities that push new methods of picturing the figure. 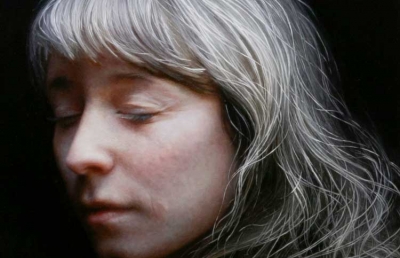 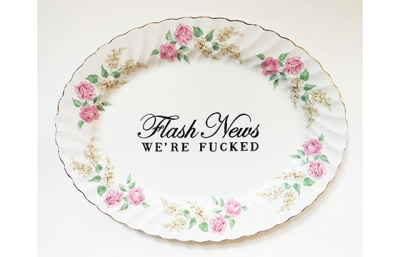