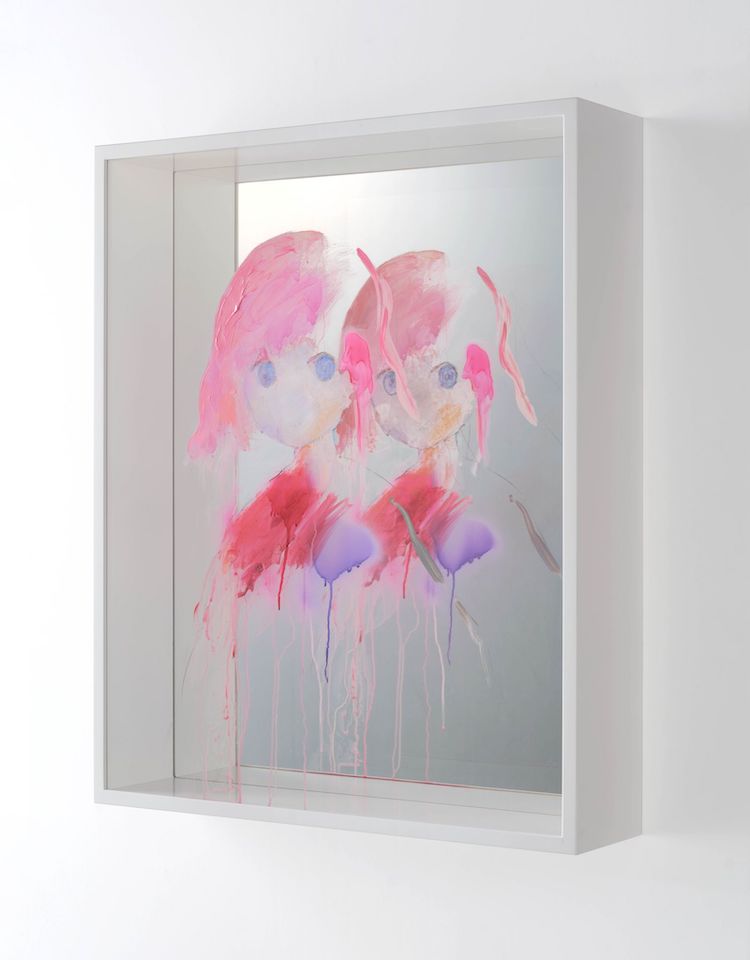 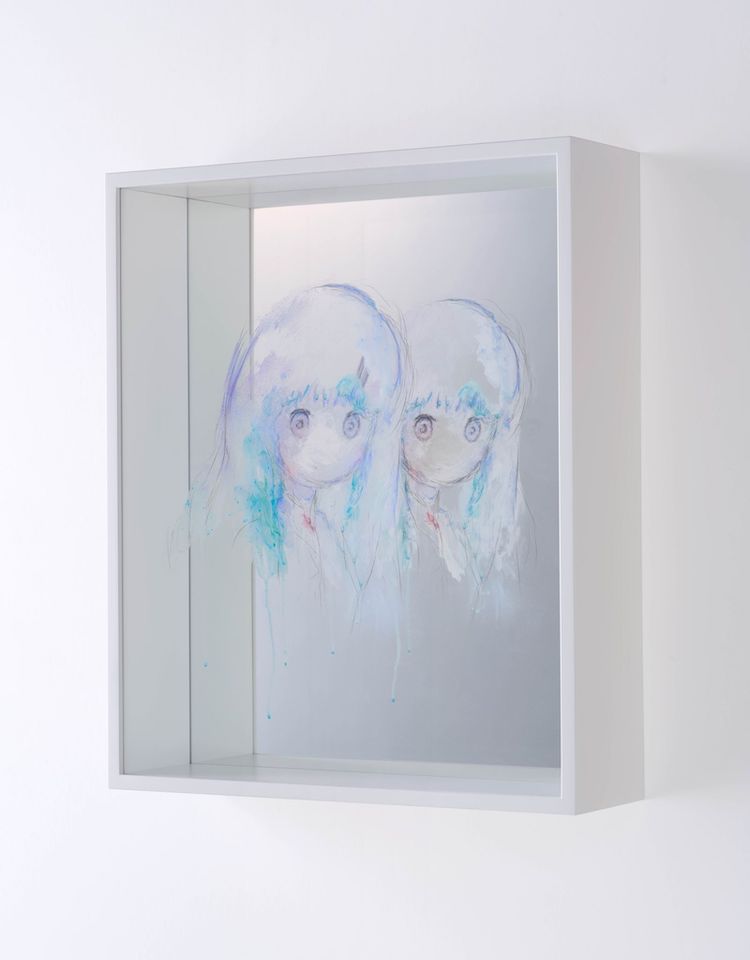 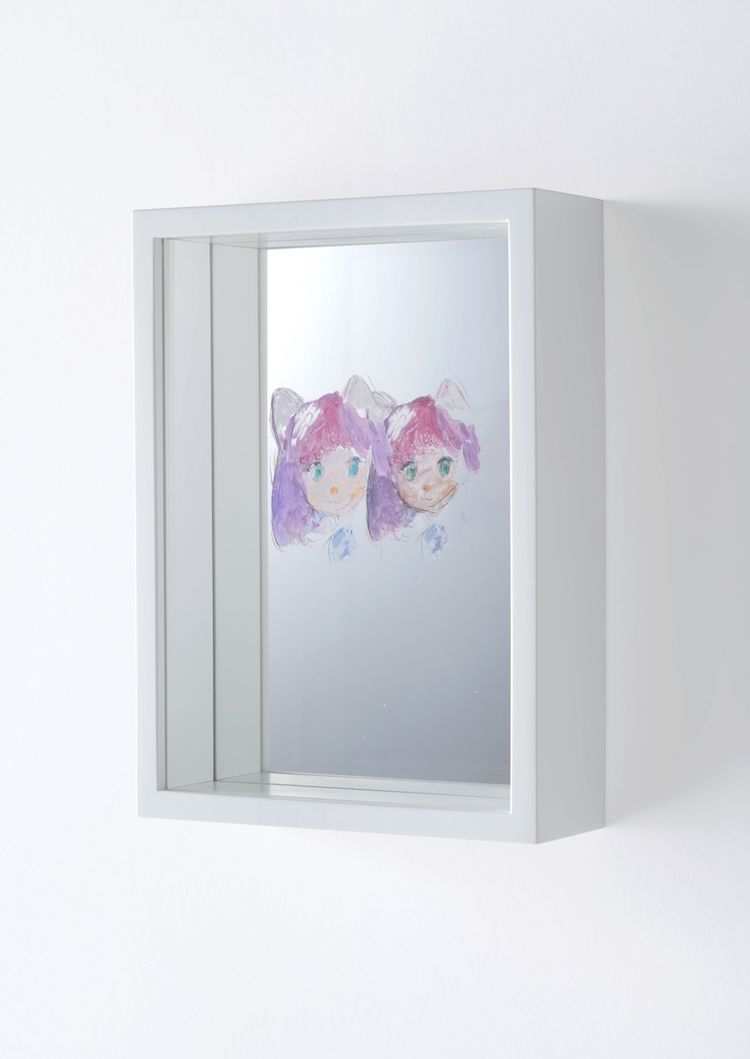 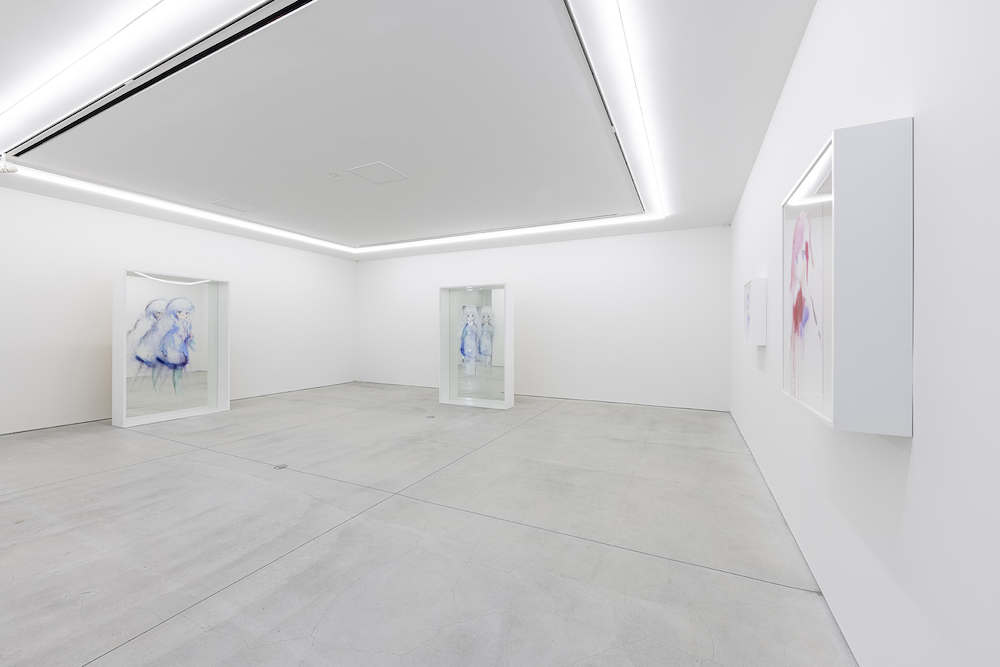 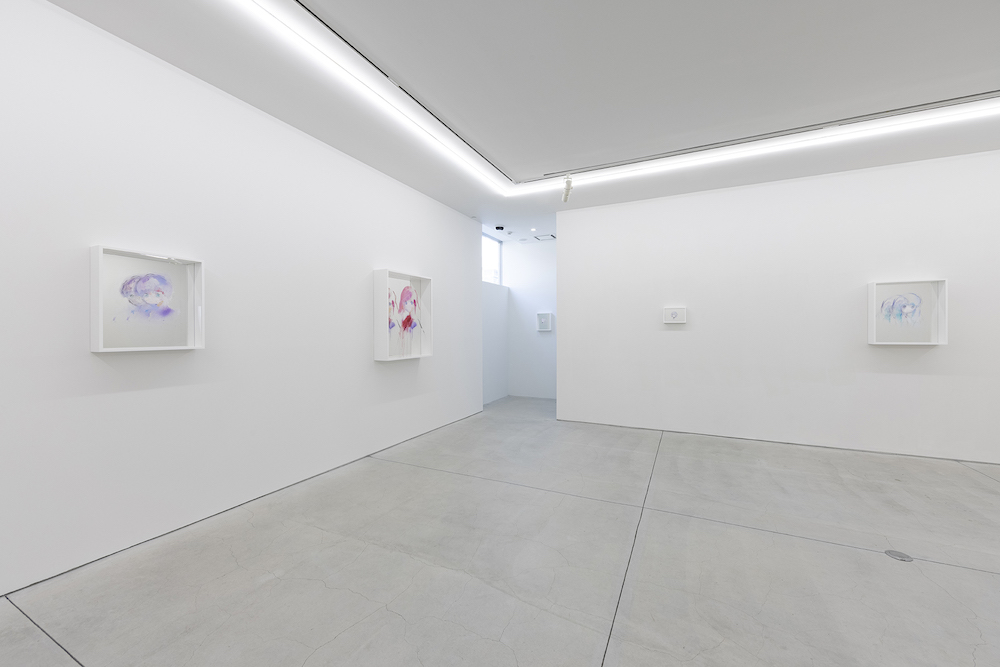 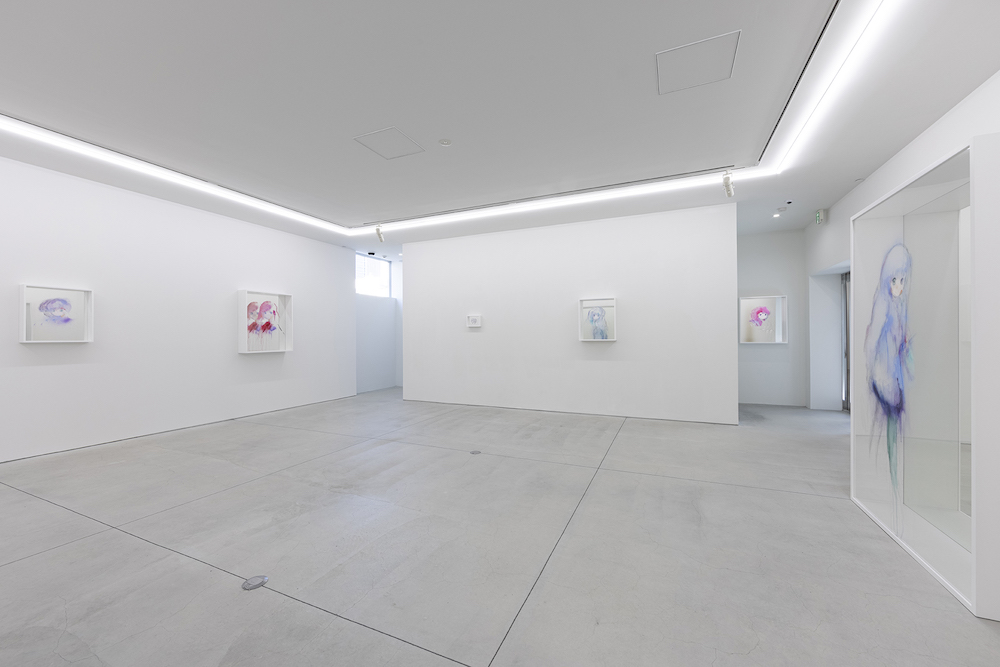 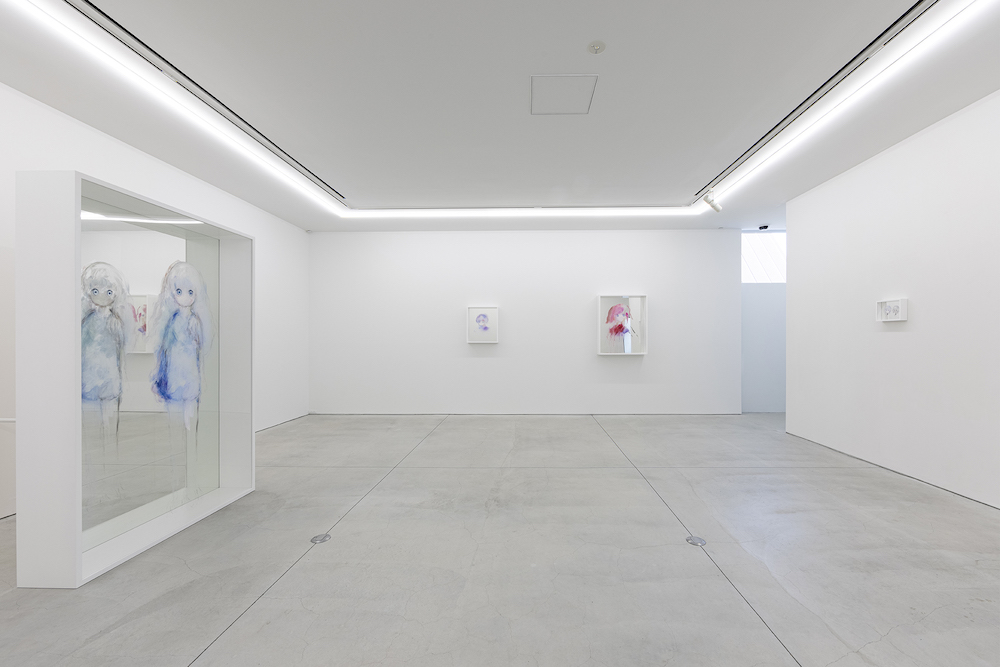 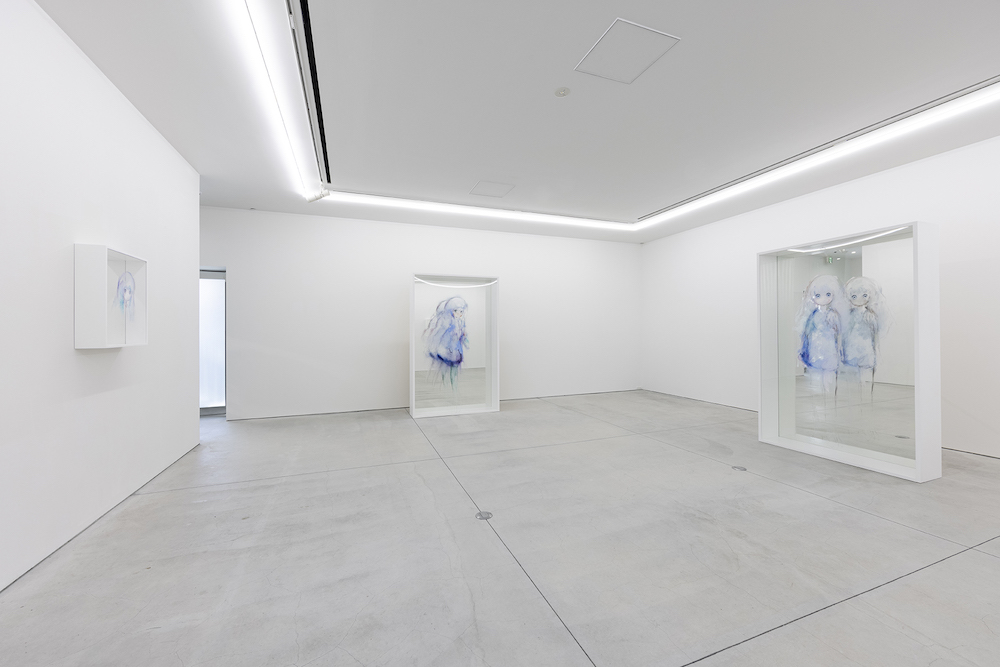 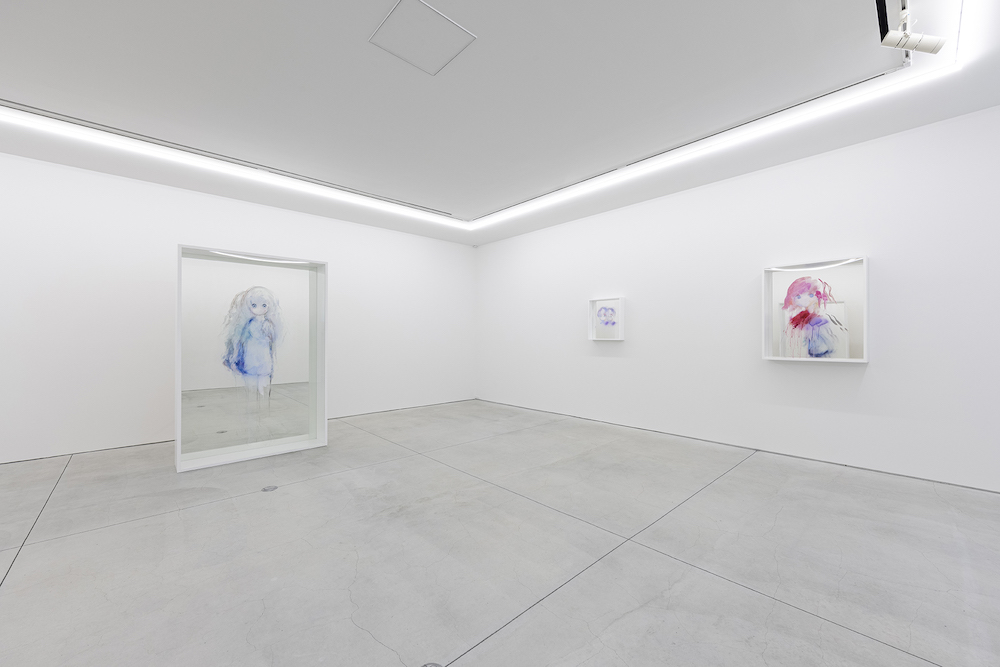 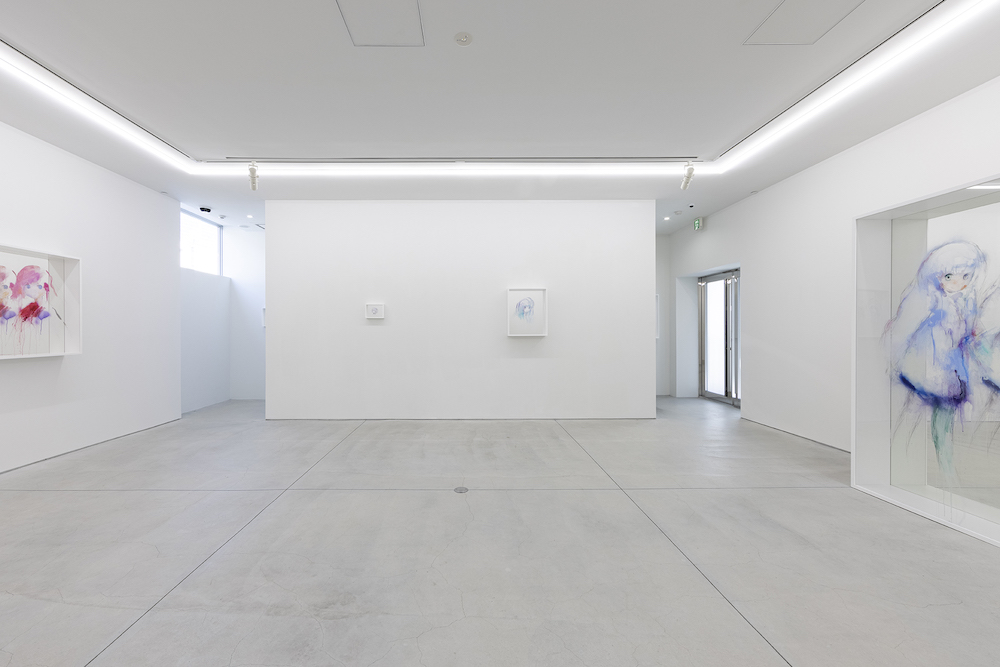 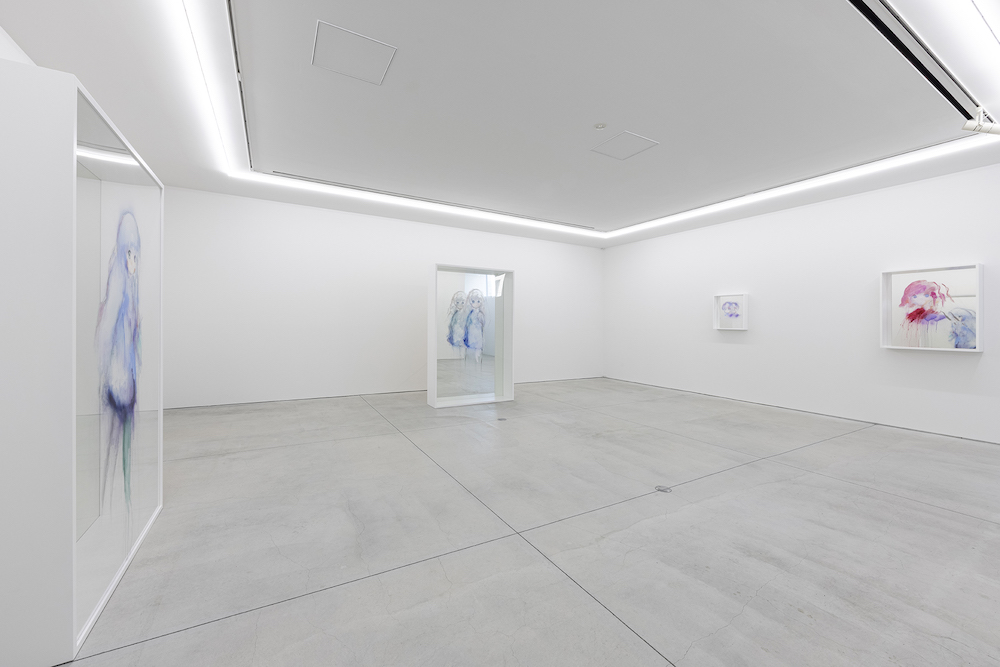 NANZUKA is pleased to present Makoto Taniguchi’s solo exhibition of new works, “Where is your ♡?” at NANZUKA UNDERGROUND (2F).

Taniguchi’s box-like paintings comprised of mirrors, acrylic sheets, paint, and wood, could be assumed as miniascapes that serve to symbolize humankind. In viewing the works we are simultaneously confronted by the sight of paint applied to the surface of the transparent acrylic sheet, and a portrait that is reflected in the mirror inside the box. Due to this, our line of sight is made to naturally shift back and forth between the two. That which is seen in the mirror is created as a result of the paint, and it is the paint reflected in the mirror that essentially results in the manifestation of the image. Despite this obvious reciprocal relationship, many of us recognize the image reflected in the mirror as being that of a girl, and regard her as a “presence that is familiar to us.” Nevertheless, we are of course only able to set eyes upon her within this very system.

Through his artistic practice, Taniguchi appears to engage in the pursuit of the most fundamental mystery of human perception and cognition. Such could be described as the mystery (question) concerning the aspect (body) and content (knowledge) as symbolized by the “Forbidden Fruit” of the Garden of Eden. How do we perceive hu-man existence? What gives rise to phenomena such as empathy and emotional in-volvement? Are they triggered through morphological elements such as form and ap-pearance? Or are they tied to spirituality (the mind)? Or perhaps it is both? Why are there differences and discrepancies in the systems by which people perceive?

While Taniguchi creates installations that combine 3DCG and programming, animation works, and mirrored box paintings, many of them feature subjects that bring to mind key words such as #friendliness, #vulnerability, #fleetingness, and #Kawaii. Such can be regarded as the most important codes that Taniguchi has devised as a means to enable emotional involvement. In today's world where methods, routes, speeds, and areas of communication are dramatically changing due to the evolution of IT technolo-gies such as SNS, artificial intelligence, VR, and the Metaverse, Taniguchi’s works pre-sent us with a simple yet profoundly compelling question. That is, “Where indeed is our ♡(heart)?” The exhibition features a selection of 10 new mirrored box paintings, ranging from large-scale works depicting life-size images of girls, to smaller and more intricate pieces.