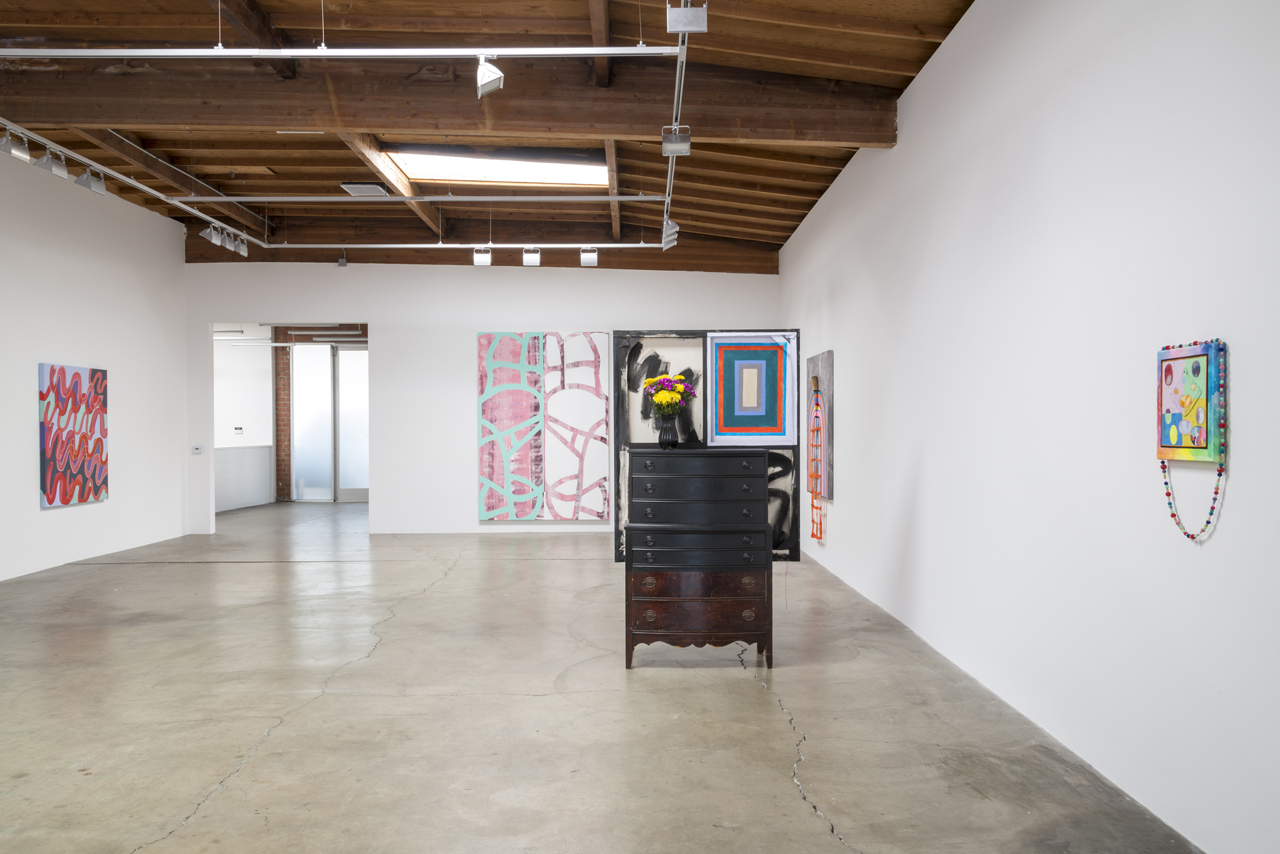 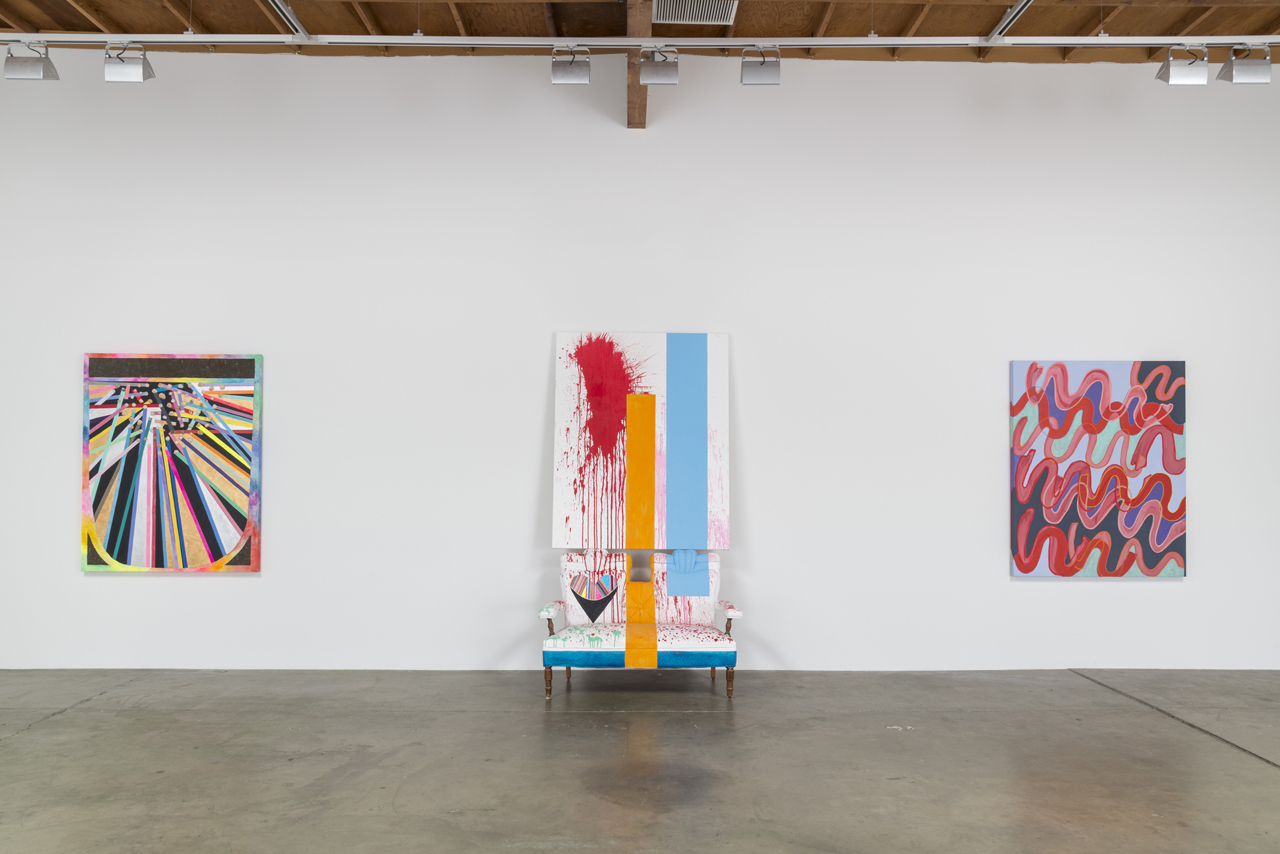 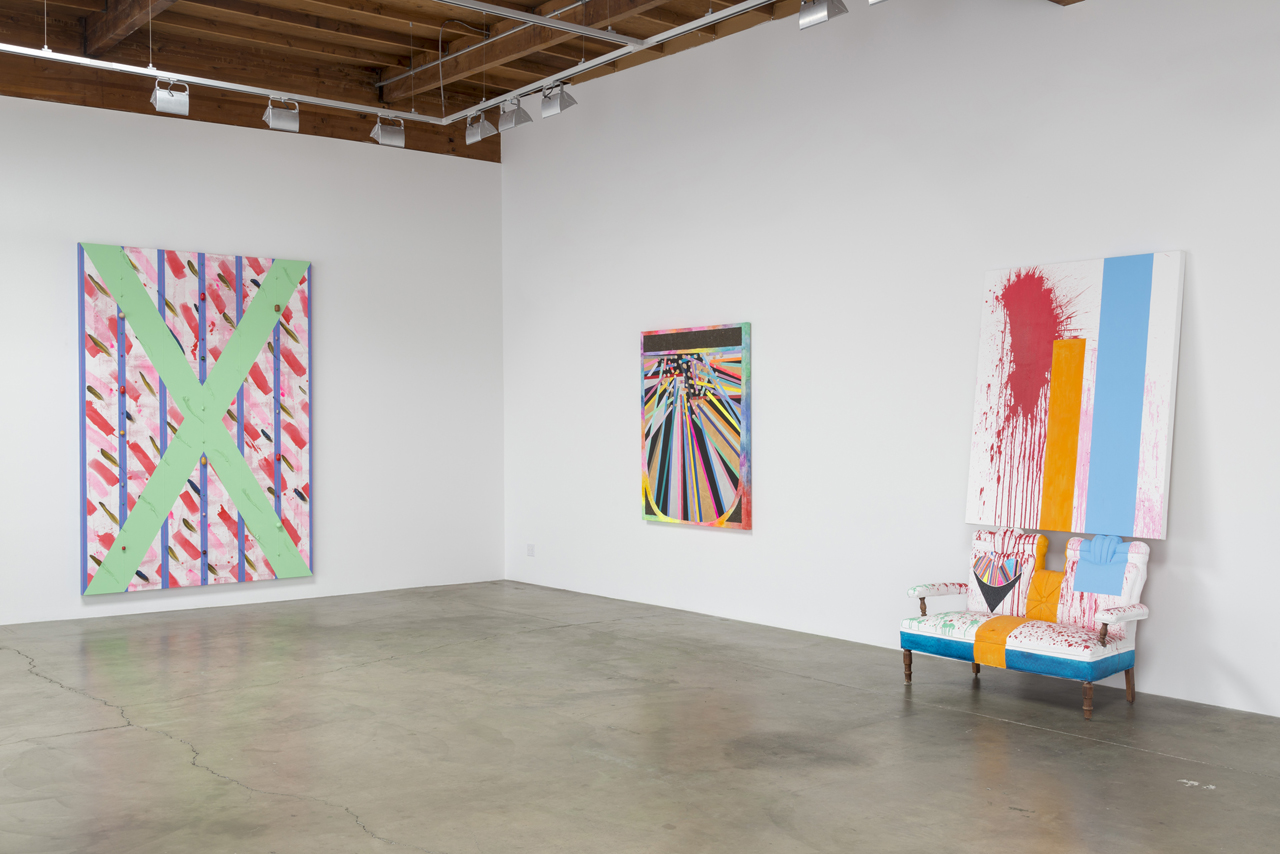 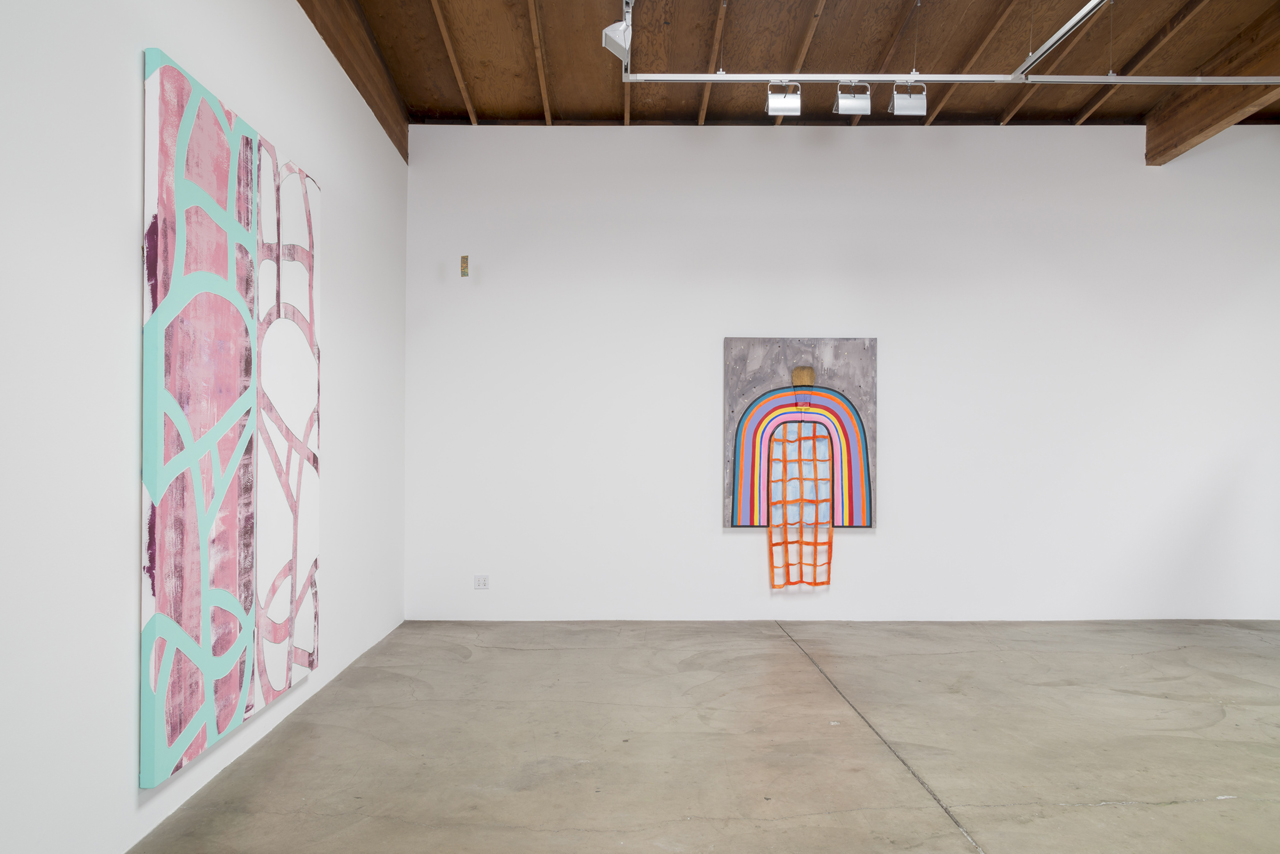 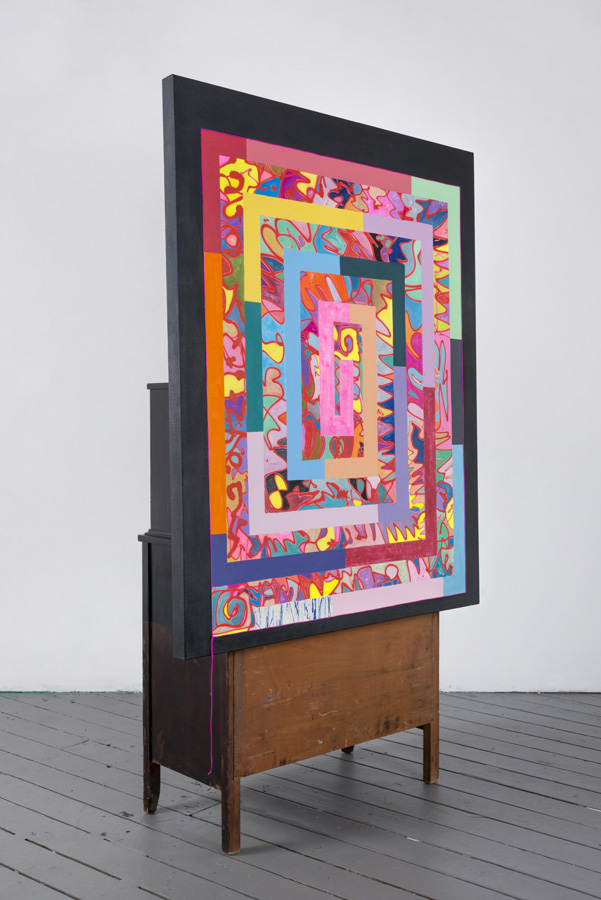 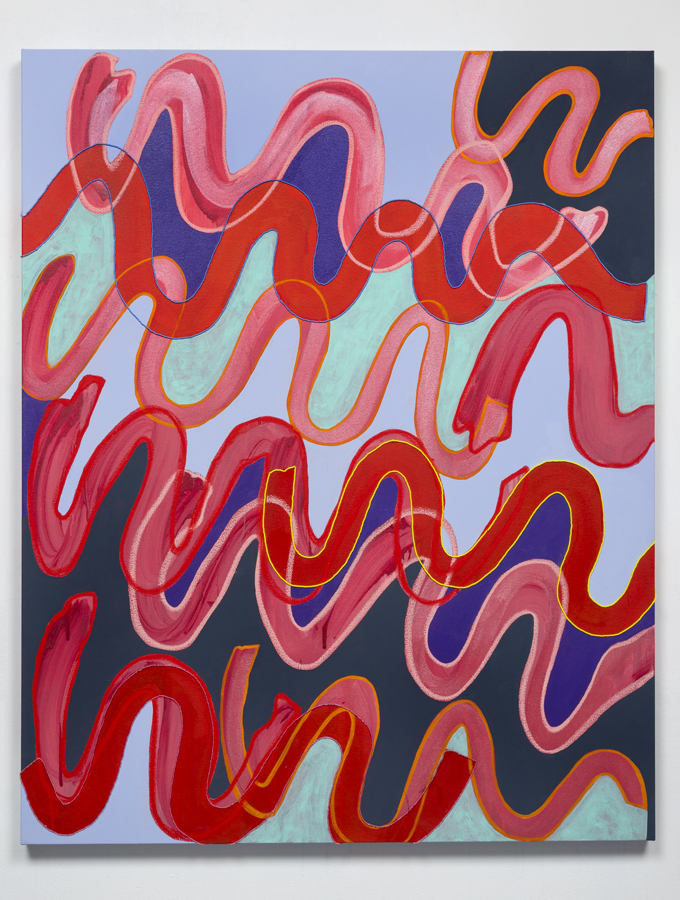 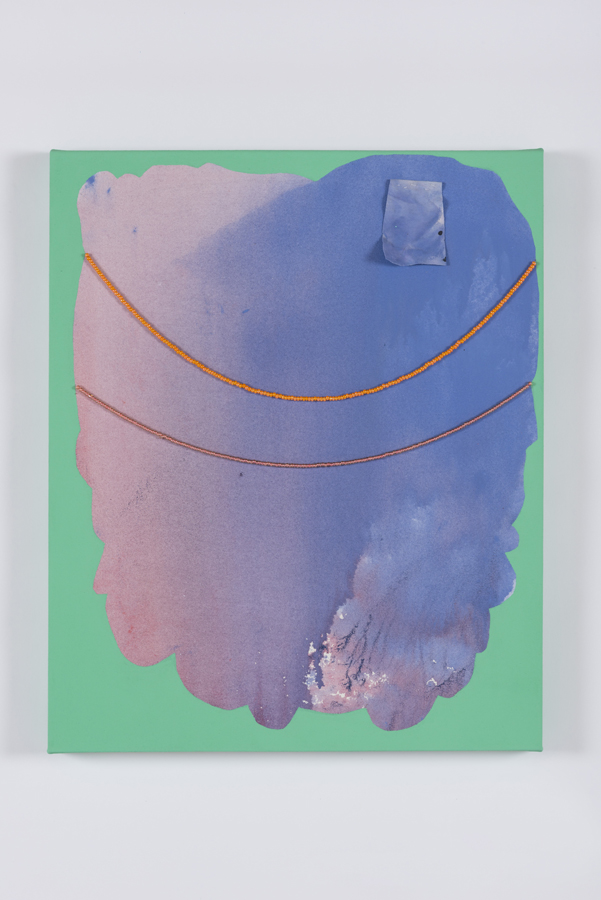 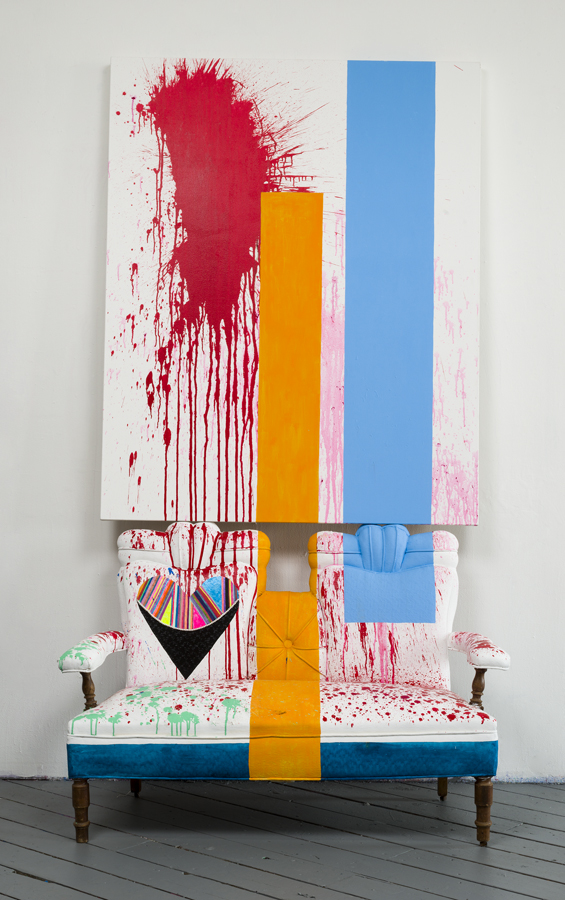 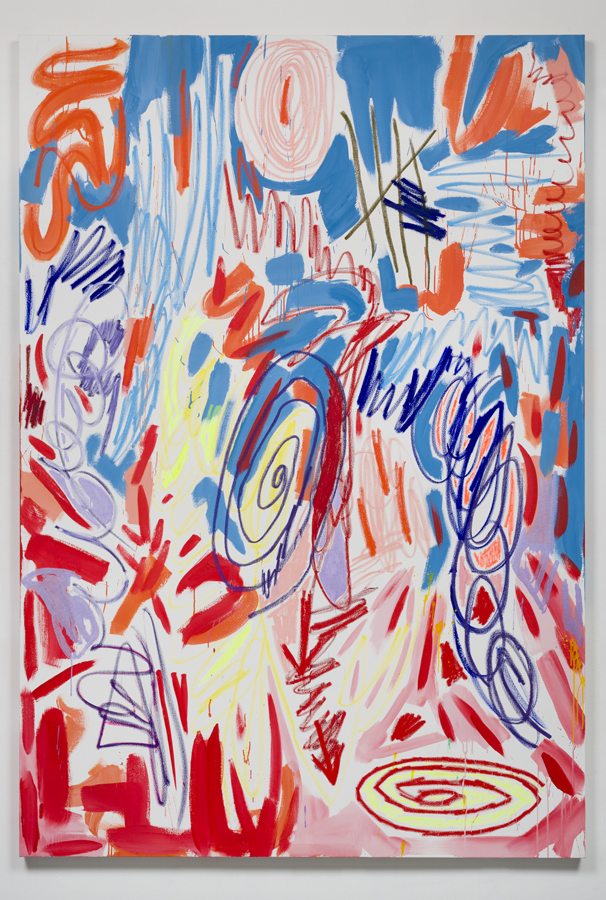 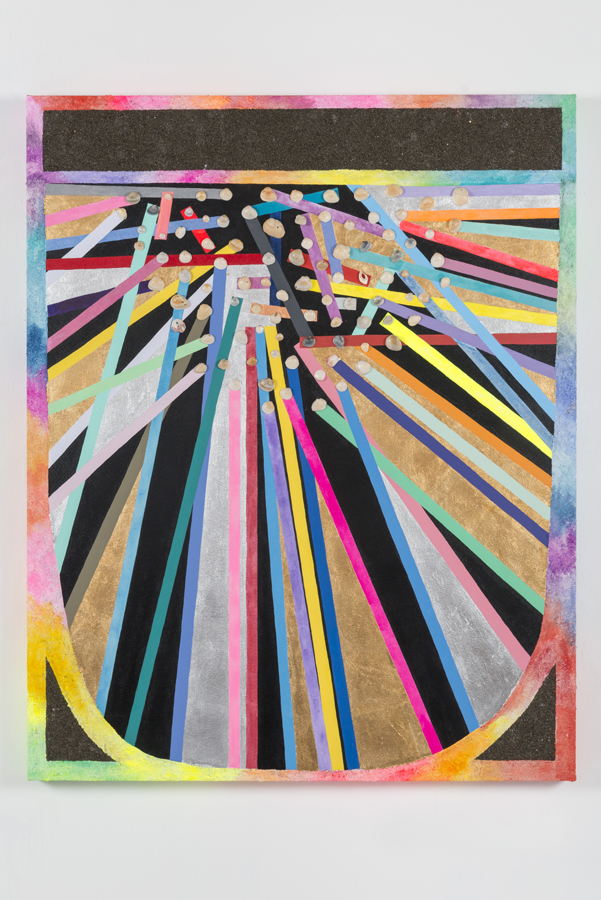 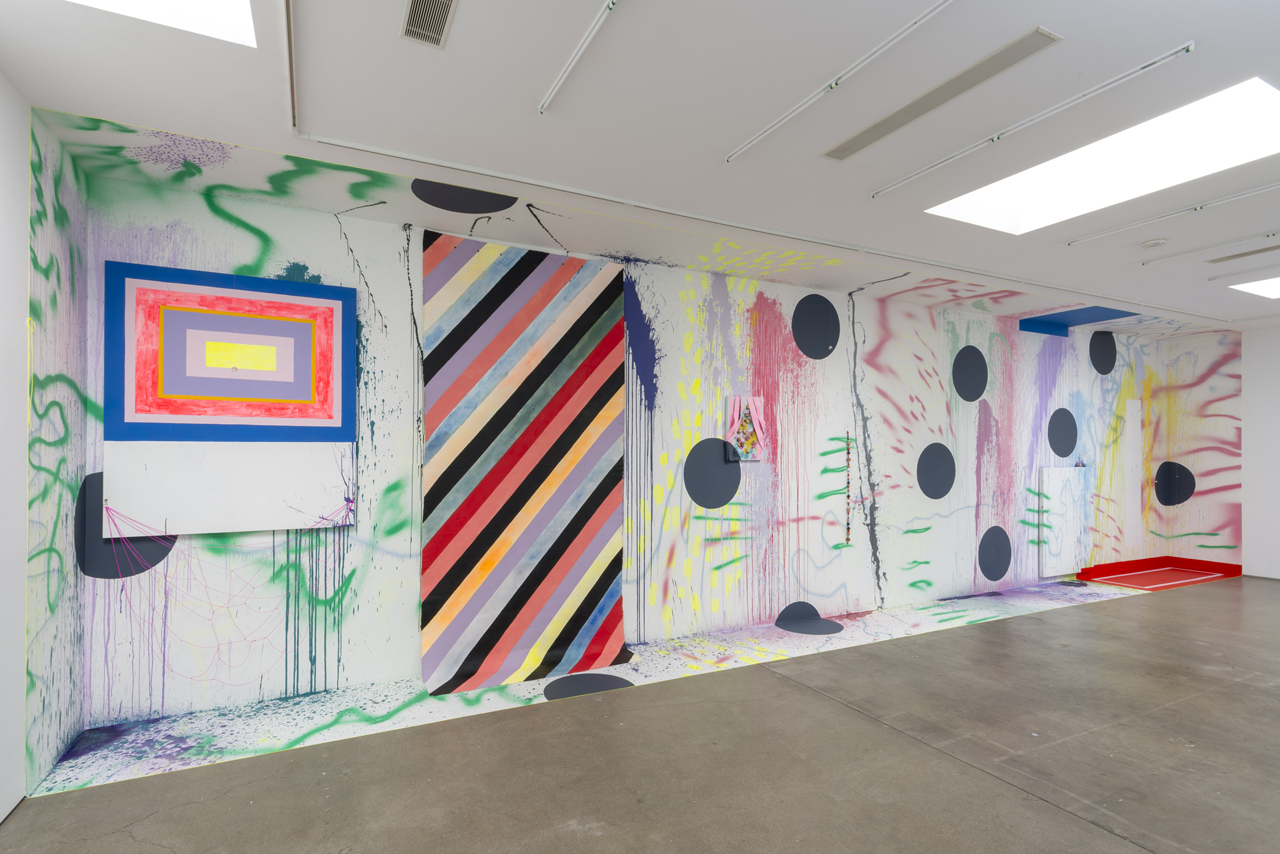 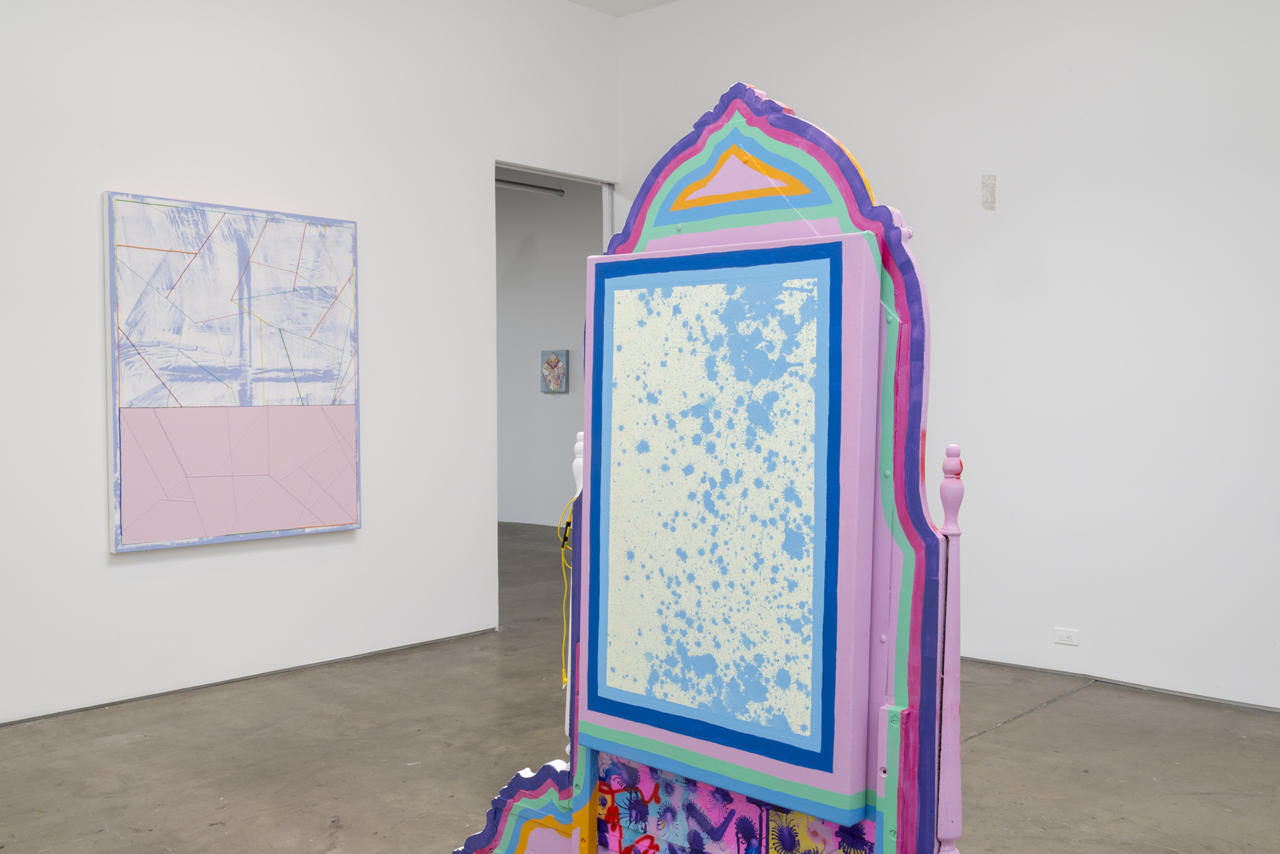 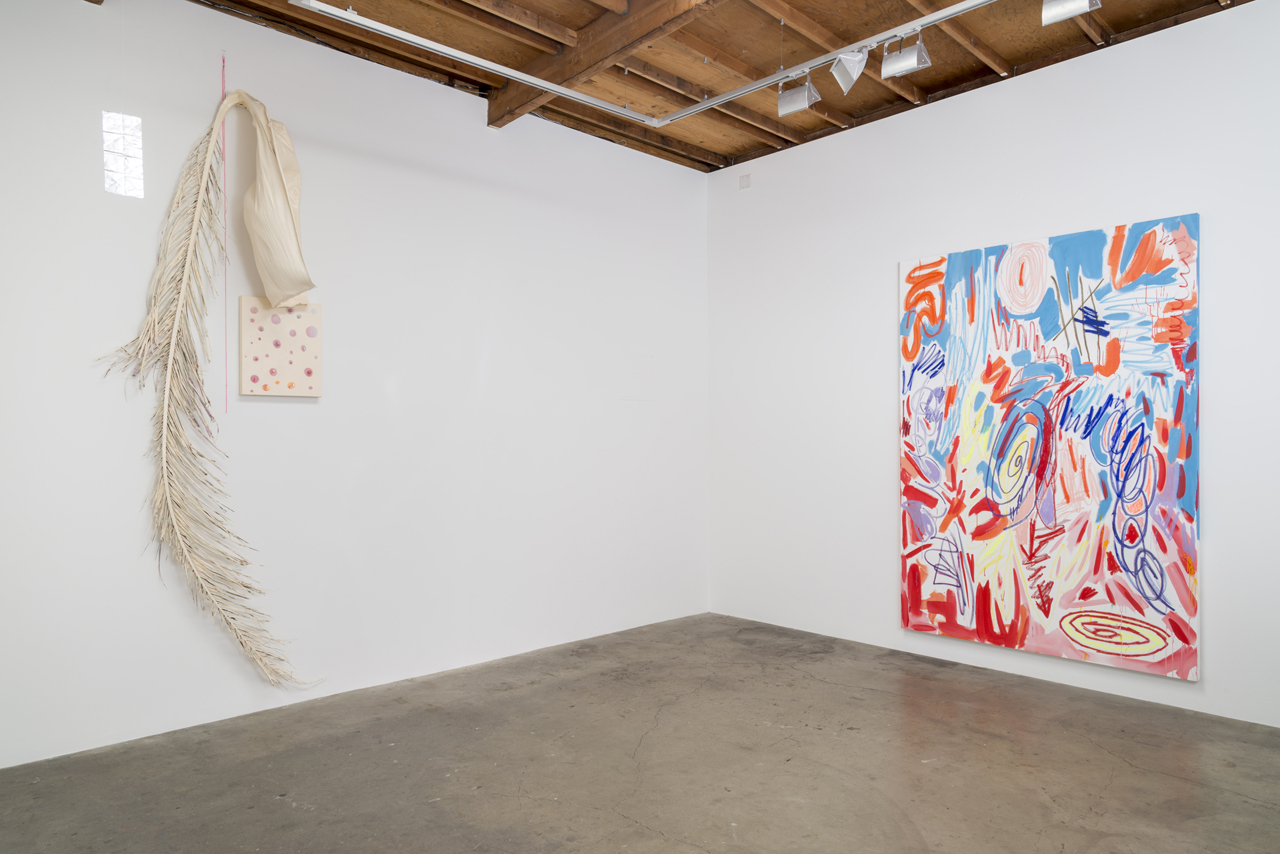 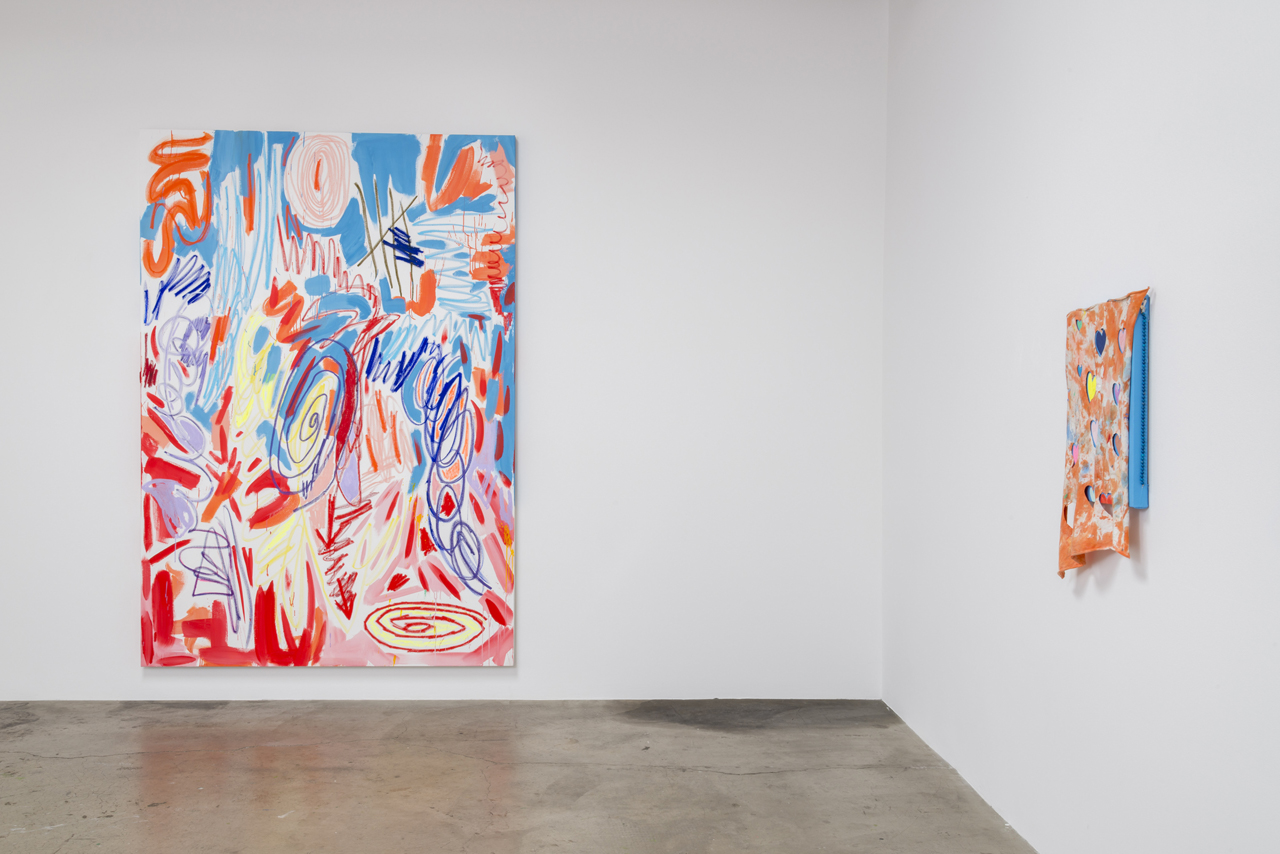 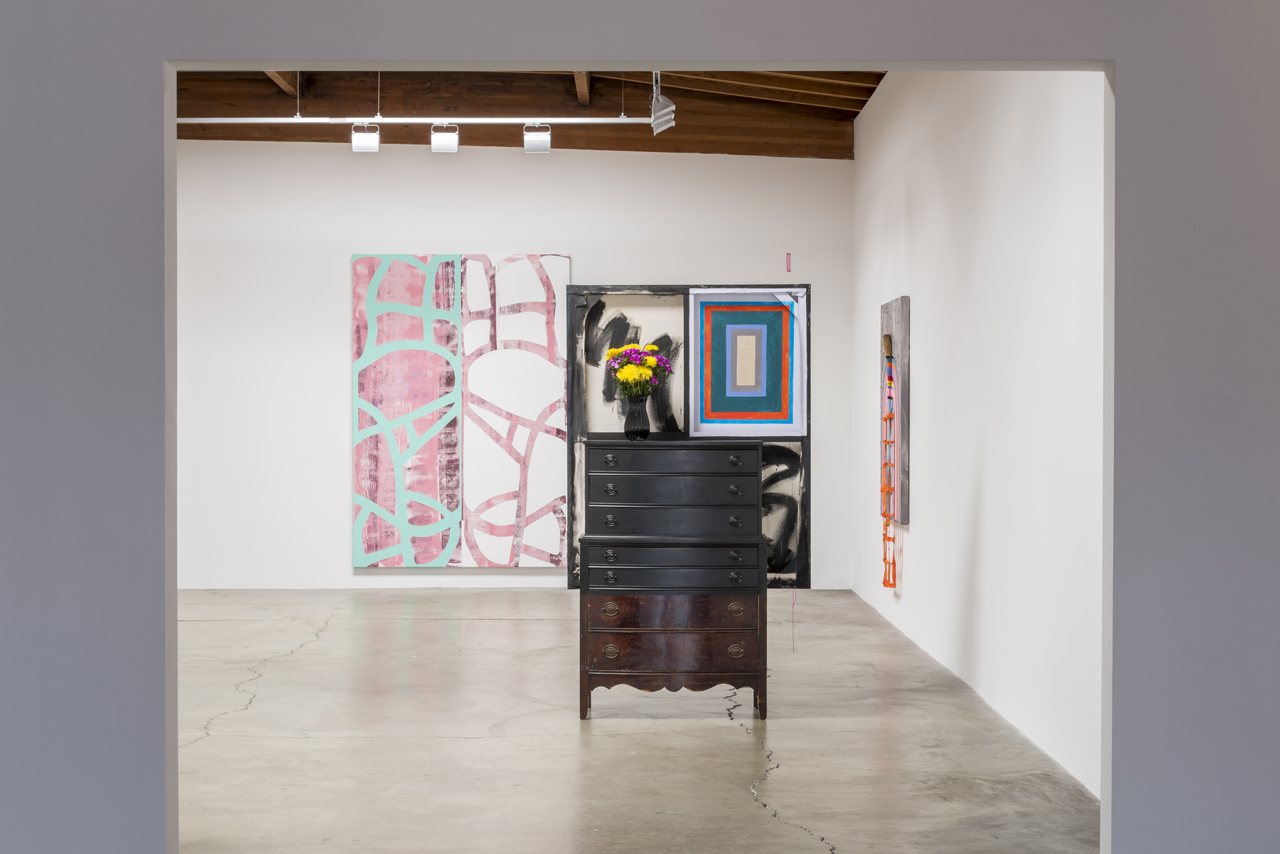 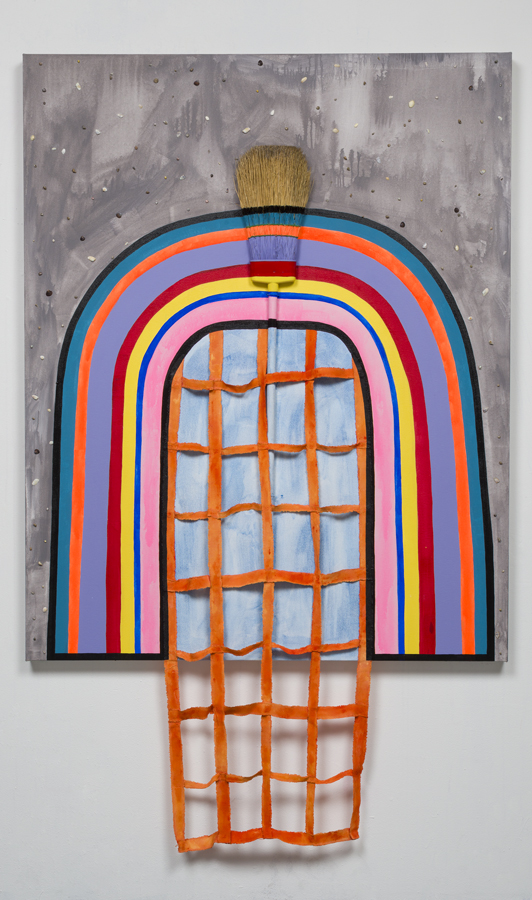 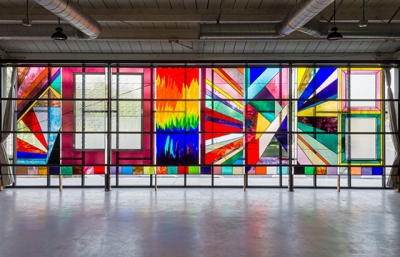 "We Will Walk Right Up to the Sun": Sarah Cain Sends Us Soaring 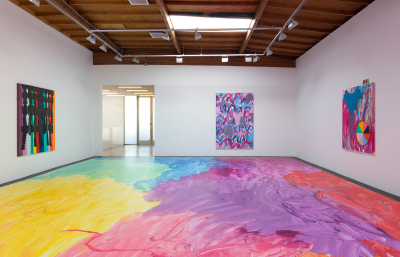 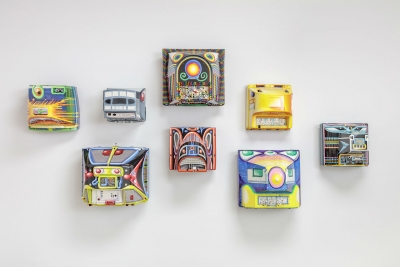 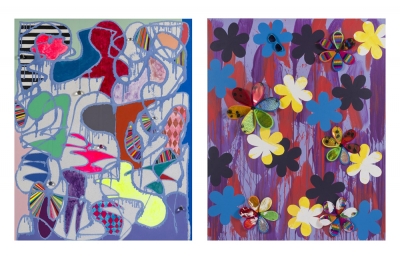 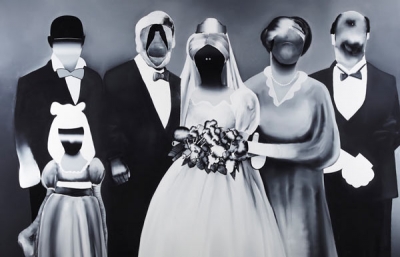 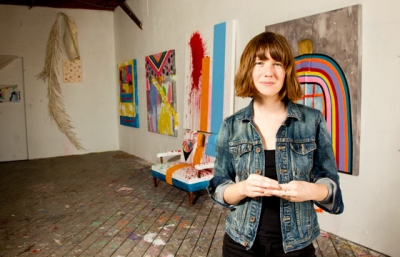 In the Magazine: Sarah Cain

Honor Fraser Gallery is pleased to present Sarah Cain's second one-person exhibition at the gallery. BOW DOWN, which runs through July 11 features some of our favorite works from Cain to date, and captures the mood of the feature we ran with Sarah in the May 2015 issue of the magazine. This show looks brilliant as always.

Using the conventional ideas, means, and materials of painting, Sarah Cain has spent the last decade challenging these same conventions. Cutting, collaging, and expanding paintings beyond their boundaries, she pushes at what painting is and can be, opening spaces for us as viewers to follow her into new territories of abstraction. Exploring color, depth, scale, and emotion, Cain makes paintings on paper, canvas, objects, and walls. Though the scale of her work is at times architectural, Cain incorporates small found objects amid drawn and painted gestures. As a result, the visual experience of her work is immersive and is amplified by close looking. Cain describes her paintings as being like extensions of her body. In a symmetrical relationship, the viewer's experience of her work is specific and expansive; it is both visual and bodily.

BOW DOWN will include a large painting made on site. For over a decade, Cain has been making ephemeral artworks that respond to the architecture that contains them as well as the context within which the architecture is situated. These works include gestures painted directly onto walls, floors, and ceilings and have incorporated furniture and other detritus found at the sites. Completely improvised, Cain's site-specific paintings derive their power from the inherent risk of working within defined temporal and spatial constraints. The immediacy of this aspect of her practice provides balance for the more labored works that emerge from her studio.

Cain's recent studio work evinces an evolution in form and restraint. While several of Cain's new paintings pair repeated patterns or confined marks with bold gestures, they also feature objects that are an integrated part of the overall composition, at times standing in for and at others occluding painted marks. In three new works, Cain has combined painted canvases with found domestic furniture: a loveseat, a chest of drawers, and a vanity. Emerging from her use of objects in her paintings and her inclusion of found objects in her ephemeral site-specific works, these new painting-sculpture hybrids contrast monochromatic white and black areas with brightly-hued squiggles, splashes, stripes, and mazes and investigate what happens when a canvas and an object become a simultaneous and continuous surface for painting.

The title of the exhibition comes from the Beyoncé song "Flawless." Originally released as "Bow Down," Beyoncé created a second version that includes an excerpt from a talk delivered by Chimamanda Ngozi Adichie entitled "We should all be feminists." Beyoncé's vision of weaving a measured, academic approach to contemporary feminism into an anthem generated controversy among music critics and feminist scholars alike. Working within the male dominated legacy of abstract painting, Cain's insistence on the body within her work is an assertive, intentional confrontation of art history's denial of femaleness, and Beyoncé's song is a parallel gesture within the male dominated music industry. Her refrain -- "Bow down, bitches, bow bow down, bitches" -- is an aggressive (and for fans, inspiring) reproach to anyone who ever told her she couldn't or wouldn't succeed in life. "Flawless" embodies the anger, exuberance, politics, and sexuality that Cain pours into her work.