Sacred Sexuality and Sex Magic: A Conversation with AstralEyes 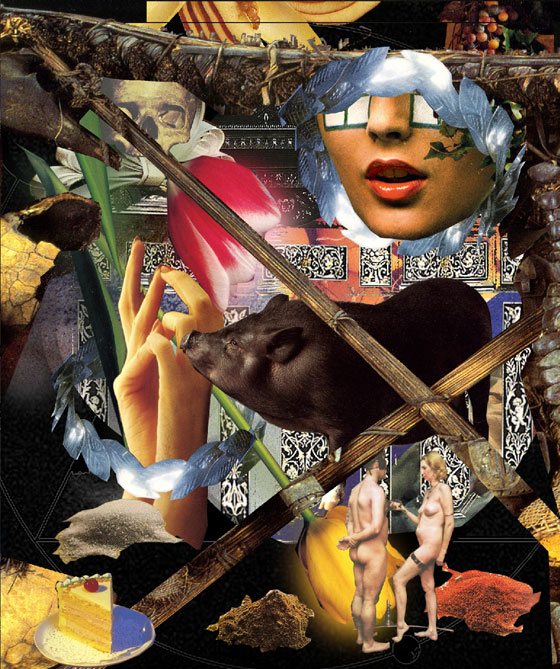 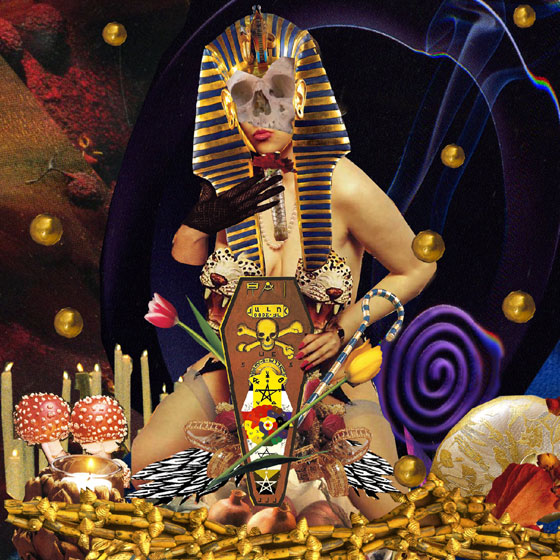 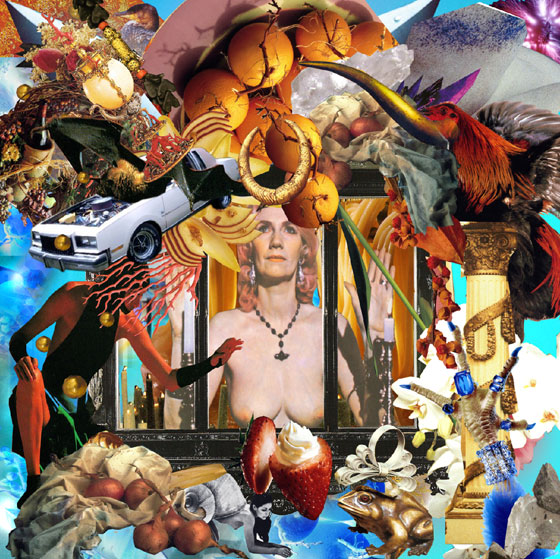 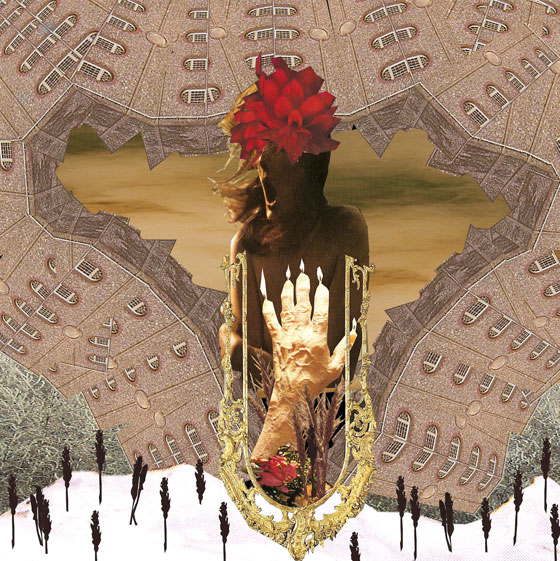 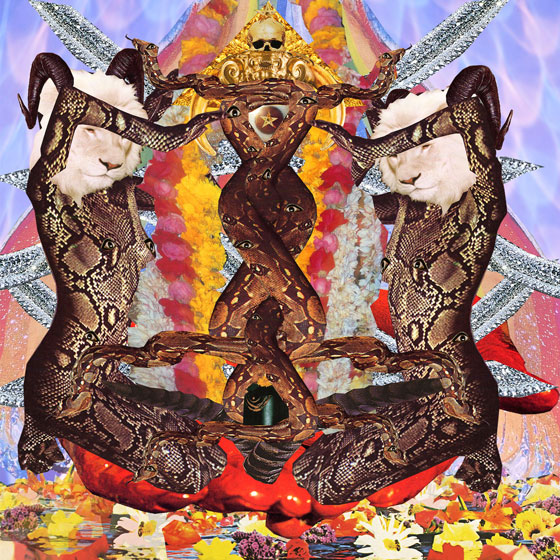 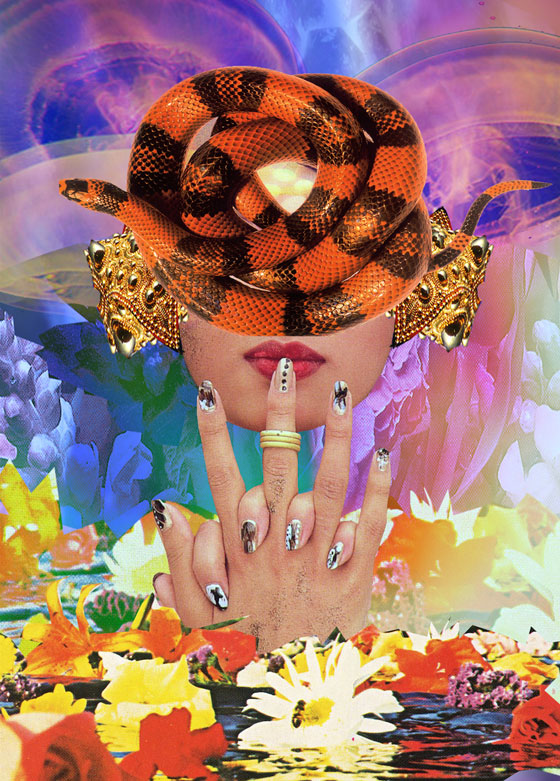 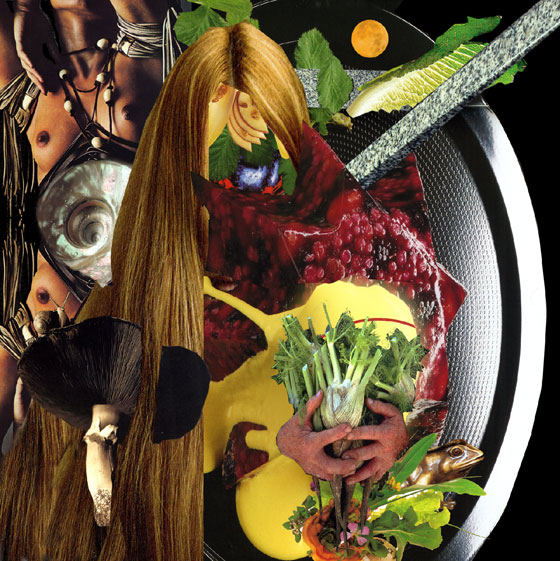 'The idea that sex is scared is ancient and pretty obvious, but i think in the Western culture this is rarely talked about in the open, or if it is people generally think you're some new ager. Basically the main principle behind it is that the energy built up between two people can be stored and channelled into creative aspects of your life. I mean look at Wilhelm Reich and the idea that that orgasm energy can be harnessed...'

Hannah Stouffer in conversation with AstralEyes...

Hannah Stouffer: I've been an avid fan and follower of your work for some time, obviously. Give me a little brief on your background and where you're at with your work now.
AstralEyes: I grew up in Houston Texas, and at a young age i started hearing voices and had some pretty weird visions, my mother was an artist and very devout Greek Orthodox, she told me that those were the voices of angels & that i was dealing with a spiritual warfare between angels and demons. So pretty much thats how i grew up, she also taught me that art was a way of confronting these demons. Since then i have always viewed art as a sacred method of dealing with the psyche. My current art practice still maintains this center idea.

You were involved with the Juxtapoz Psychedelic show that recently happened in LA, tell me about the pieces you put in, do you consider your work to be psychedelic?
That was an amazing show! Great job by the way curating it. I had two pieces in the show, Abracadabbler & Archaica (Our Lady Ov Thee Snakes). Abracadabbler was originally made for a snowboard company, the theme is all about how the occult invades popular culture, and the power that is contained in certain images. Archaica was made in homage to Terence McKenna and his idea of the Archaic Revival or the New Age, pretty much the idea of the return of the psychedelic experience as a means of evolution. Both those pieces are loaded with alchemical symbols.

And you work mainly in collage, correct? What is your process like??
Yes i mostly work in collage, i do some painting as well. I like to assemble several hand cut pieces then i photograph them in a sort of analog photoshop style these elements i then drop into the computer and go from there, so the originals are actually created in this liminal space.

I know you also work with an apparel line and I know you have extensive knowledge in what you're working with. What are your main outlets for your creative work, or main focuses?
In 2012 i started a clothing line with an old friend of mine, Shelly Erion, called GOLDNBONES. This has taken a big chunk of my creative force. I love making art for people to wear, and i have been really getting into designing pieces with the human body in mind… sort of my new canvas. l love seeing peoples reactions to people wearing some crazy body suit i designed, I have always had a hard time finding exactly where my work fits into the art world. Don't get me wrong, i love art shows & most of the art world, however i like the idea that my work can function outside of a gallery. To inspire and charge the imagination, finding new ways to reach people, wearable art is sort of my version of graffiti i guess.

What influences the majority of what you're attracted to in your work? Where do you search?
I gather images from all over the place. Some of my friends call me a hoarder, i have been collecting printed matter my whole life and source it from all over the place. I am mostly drawn to the occult and fantasy, although i also go deep into obscure soap opera scene magazines from the 70s or old craft books from the 80s. People have actually dropped off crates of old magazines and newspapers to me before because they know i can salvage something from the ocean of images. I think thats what draws me to collage as my main medium, I feel like i am solving a giant cosmic puzzle, within every image there is trapped a crucial clue, and only by the assemblage of all these clues can the mystery be unlocked. Every image has an energy behind it, when these images that one would not normally associate with each other are combined, strange things start happening, new ideas are born as well as ancient ones. So pretty much i am drawn to everything, since it all contains the whole. As above so below.

You mentioned a strong undercurrent of sacred sexuality in your pieces as well- can you elaborate on this? What is sacred sex?
A lot of my work contains hidden symbols for the alchemical union. The idea that sex is scared is ancient and pretty obvious, but i think in the western culture this is rarely talked about in the open, or if it is people generally think you're some new ager. Basically the main principle behind it is that the energy built up between two people can be stored and channelled into creative aspects of your life. I mean look at Wilhelm Reich and the idea that that orgasm energy can be harnessed. This is a very ancient practice and for the most part kept hush hush, i think it freaks people out a bit, since the whole sex industry and media is all about getting off. The real occult practice comes with retaining sexual energy, it is like storing up atomic energy in your cells! WHAT?! That's crazy right! Google Samael Aun Weor and get ready to have your mind blown! So to get back to my point, yes my work is very sexually charged, only the energy is focused up not out.

I know every major religion and philosophy has a sect devoted to mysticism and the integration of spirituality and sexuality- which are you most drawn to?
Well my first introduction was Taoist back when i was still a teenager, by friend gave me this book by Michael Winn, called ( get ready for this title) Taoist Secrets of Love, Cultivating Male Sexual Energy. Yeah so needles to say, my mind was blown. Its all about balancing female/male energies and cultivation of Chi (or life energy) in the body. I have run the gambit of studies, Samael Aun Weor however really broke my brain, in a good way. What i see my work mainly reflecting though is the work that Jung did with alchemical studies and the writings of Manly P Hall, esp. the Secret Teachings Of All Ages. So i suppose what i am first and foremost is an alchemist, only i use images to transmute energy & emotions.

What about sex magic, or types of sexual activity used in magical, ritualistic or spiritual pursuits? Does this have a presence in your work?
Most definitely. Everything is sex and death, right? Creation and destruction. It sounds cliche, but that is only because it so true. Now esp. the idea of sex magic , everyone thinks Aleister Crowley, the left handed path- and has some idea that there is a sinister element lurking in the shadows. Not true. Sexual energy can be transmuted into light or for a creative force, that is what it is really all about. This is nothing new, William Blake is great example, the spiritual visions he had from his sexual path. Thats hardly ever talked about, its always the dark side of the occult or hidden knowledge that people seem to discuss. I for one am pretty sick of it, there are some many brilliant visionary artists that worked the light path and utilized this ancient knowledge for positive results, not to mention wonderful works of art created from the practice. Austin Osman Spare is another great example, his work predates the surrealists by decades, although he had some pretty dark paths he walked down. Everything can become a ritual if you put intention behind it. Everything contains the whole. I have had a lot of psychedelic experiences in my life, but none can hold a candle to how far out you can go with reworking the sexual energy in your body, channel that into your work and its Close Encounters!

I've noticed a strong presence of the female form in your work, can you give me a little brief of your connection or portrayal of feminine sexuality?
I am happy you brought this up. I think now more than ever it is critical that there is a balance between the feminine and masculine energy. This has got to be the longest running war on earth. If you want to break it down to new age ideas, look at Lemuria or Atlantis. We basically have been living in the Atlantean age - the psychic patriarchy - we are shifting into the return of Lemuria - a matriarchy, and there are a lot men not too happy about this. I am pretty exhausted living under the Atlantean age, I think its time has long gone and in order to evolve we ( as a species ) need to embrace the Lemurian age. So yes, of course a lot of my work is centered around the celebration of the Goddess or the alchemical androgyne - the merging of the female/male into one being. I am all for this state of being- UNITED. Jung goes pretty deep in his Mysterium Coniunctionis about this.

Do you have any favorite myths or tales of Sacred Sexuality, I know there are countless stories that date back probably to the beginning of time.
Its true there are so many good ones, if i had pick one though it would have to be Lilith. She was Adams (as in Adam & Eve) first wife who was created from the SAME earth as Adam - not from his rib like Eve. She basically refused to be subservient to him and got a bad rap. She became the scapegoat for mens sexual “deviant” behaviour and also gave birth to all the creatures of the night. She was the first example of women's sexuality being suppressed by a patriarchal order. In other words she a total badass!

Where are we at in our culture today in terms of sacred sex?
I think we have an awful long way to go. Just turn on the news, look what happened here recently in California for example, that horrible shooting, lets look for a second at the cause of that, and it wasn't a gun control issue. The objectification of women is so ingrained in our culture now, it is almost laughable, like a really bad SNL sketch. Only its not funny, it is very serious problem, one that is going to get worse we if don't start doing something about it. It is our duty as artists to address these issue and help resolve them. Its fear that is causing all this insanity, the false imagery programed into young men's minds that sex is this the sort of status or conquest they need to achieve , what a bunch of bullshit. Sex is a sacred union between the spirit that animates our meat suits and until we wake up to that fact, its going to be long hard road.