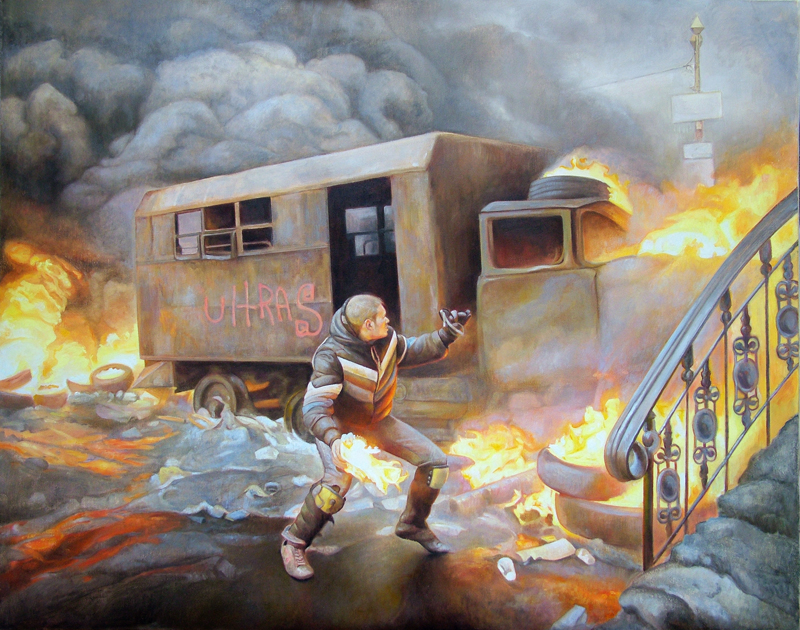 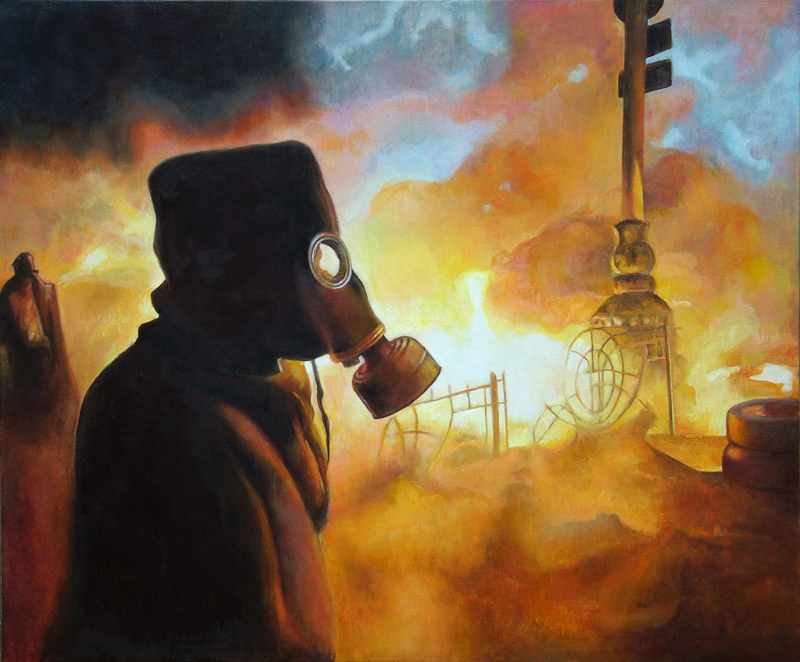 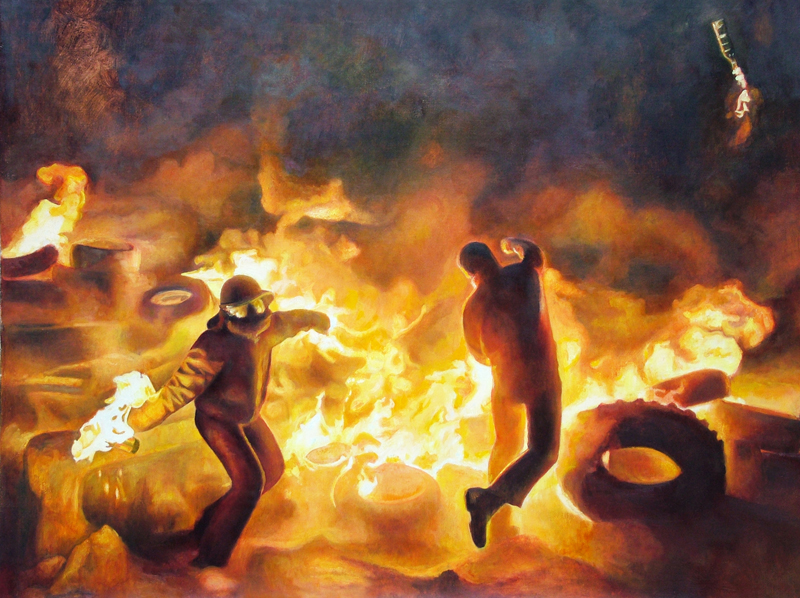 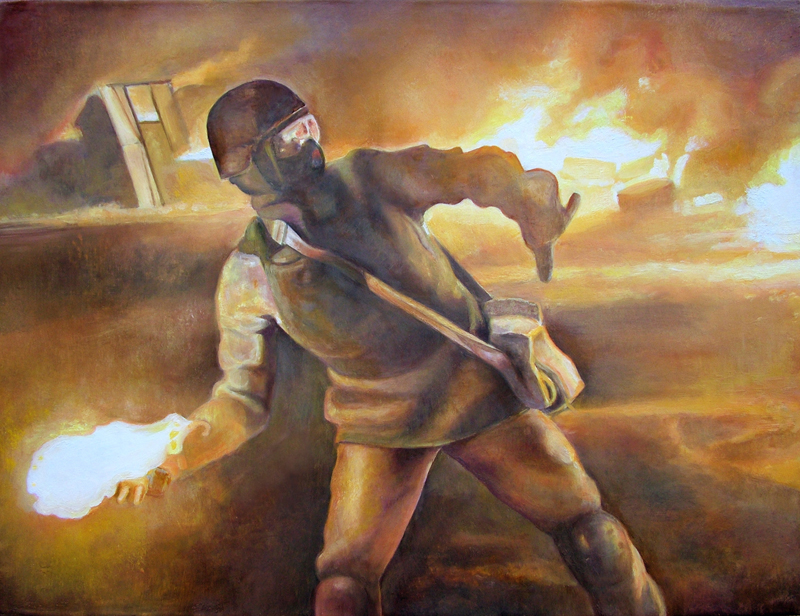 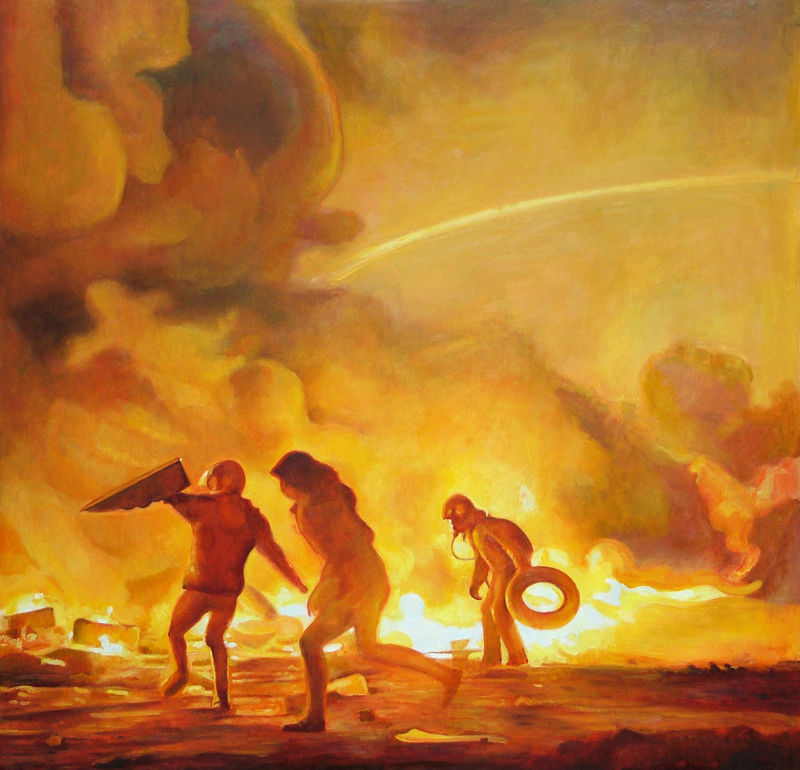 
Calm and Unrest is the body of recent work from NYC-based and often-Juxtapoz contributor, David Molesky. The show opened at Copro Gallery this past month and remains on view until May 10. The series debuted Molesky’s new series of riot paintings that depict protestors tossing molotov cocktails at unseen adversaries.

Much of Molesky’s earlier work has depicted people and animals in nature or elements like turbulent water or hill fires. Lately he has been making turbulent narratives where figures disrupt the landscape with fire. Molesky is currently producing new paintings as part of this series for exhibitions later this year and will collaborate with Copro gallery to release a limited edition canvas print this summer.