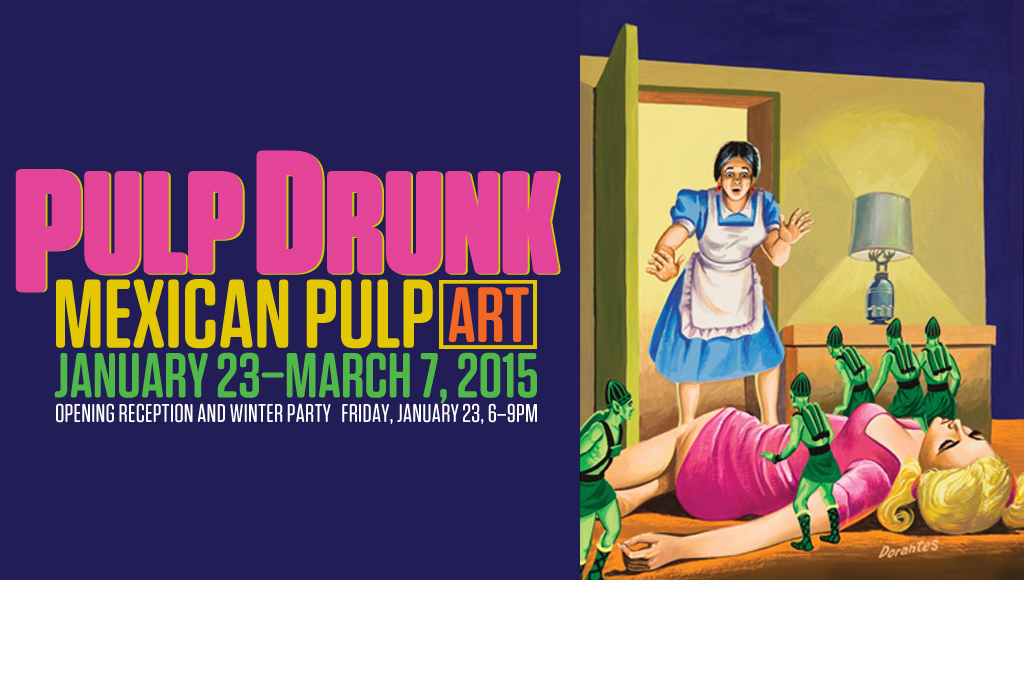 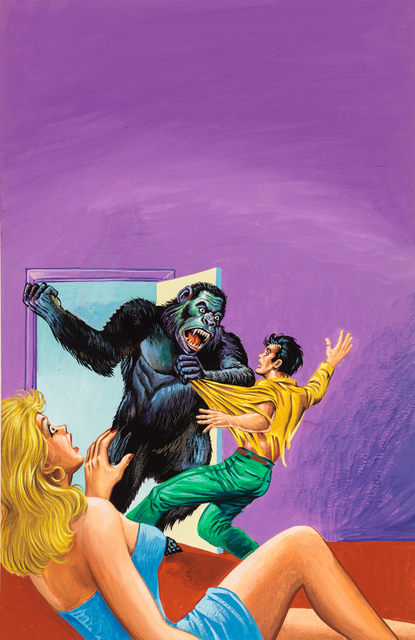 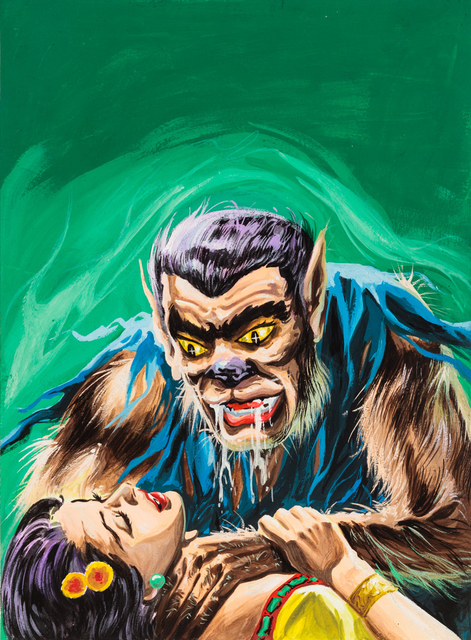 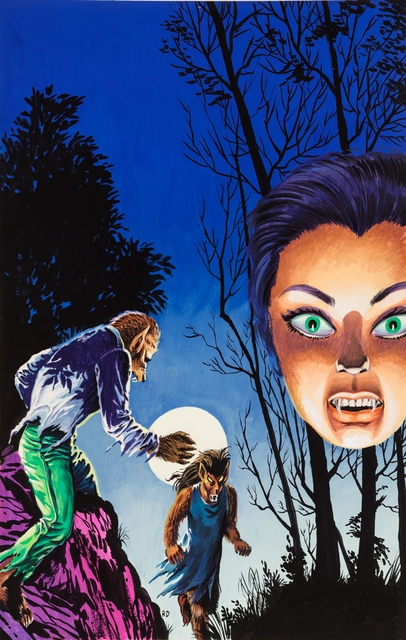 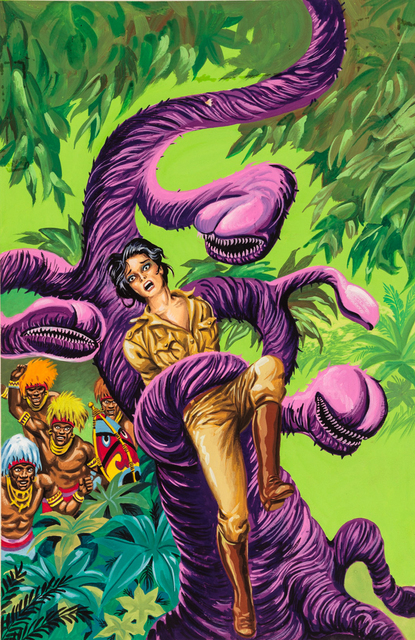 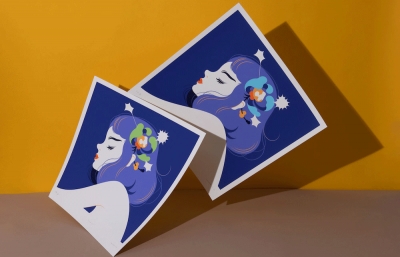 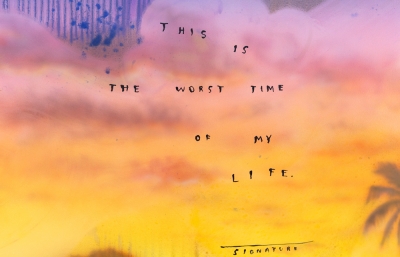 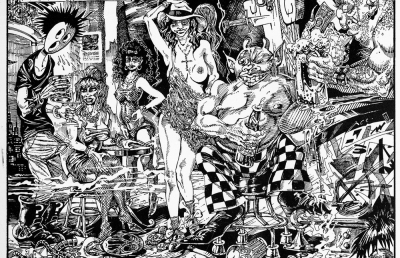 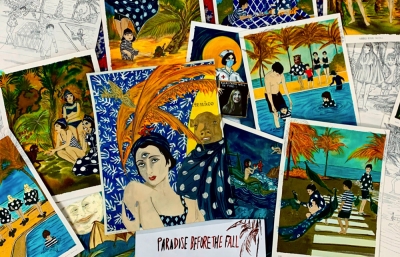 An awesome show at Ricco/Maresca in NYC, one that we think Juxtapoz readers will love. From the gallery: Post-war America saw the rise of the erotic pulp paperback novel covers. The objective of these covers was to lure in potential buyers with the promise of sex, suspense and drama. Simultaneously, a similar type of book and marketing strategy was being developed in Mexico." This brand of novel included racy cover art designed to attract and entice consumers; yet the differences in the subject matter being peddled to consumers was vast. While Mexican pulp covers did celebrate sex as much as their American counterparts, they also threw in violence, sci-fi weirdness, psychedelia, murder, and crime, often opting for scenes that depicted the blatantly bizarre rather than soft core smut.

These sensationalized images from the sixties and seventies often feature surreal and lurid images of extraterrestrials, robots, dinosaurs, killers, Zorro and many other icons involving suspense, mystery, romance, and the supernatural. The central characters in the narratives tend to be ordinary people facing the common challenges of day-to-day life. They are not gallant martyrs but commoners who have found themselves confronting outlandish and startling predicaments as a result of poor decisions or risky behavior. Through vivid colors, dramatic lighting and bold imagery, the cover art manages to leave the viewer with a sense of disillusionment and apprehension regarding the character’s fate without reading a word of the novel itself.

“Pulp Drunk: Mexican Pulp Art” reintroduces this art form to public as a brilliant and often overlooked pop-culture revelation. This exhibition is a celebration of the art that graced the covers of the paperbacks released south of the US border yet also serves as a visual observation of the fundamentals of Mexican attitudes towards art and consumerism. As Maria Cristina Tavera states in her introduction to the 1997 book Mexican Pulp Art, "The fantasy elements reflect Mexican attitudes about life, death, mysticism, and the supernatural."

Some of the highlights of the art include a gorilla breaking through a door to assault a man, small aliens attacking a woman as her maid watches in dismay, a robot war, invisible men, murder and lusty women. When viewed from this vantage, the exhibition put the images in a cultural context mixing popular fiction and folklore while blurring the lines between the mundane and the absurd.