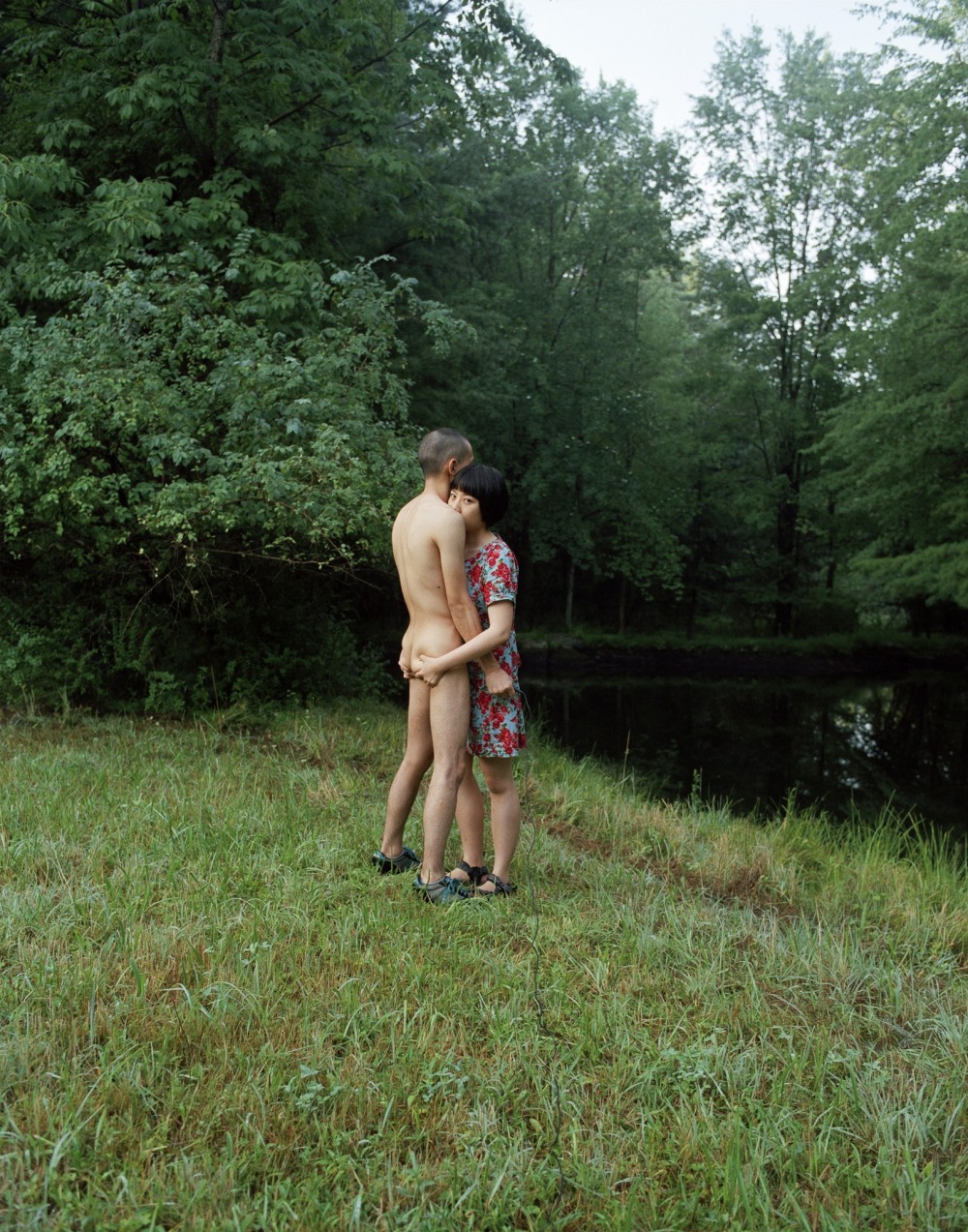 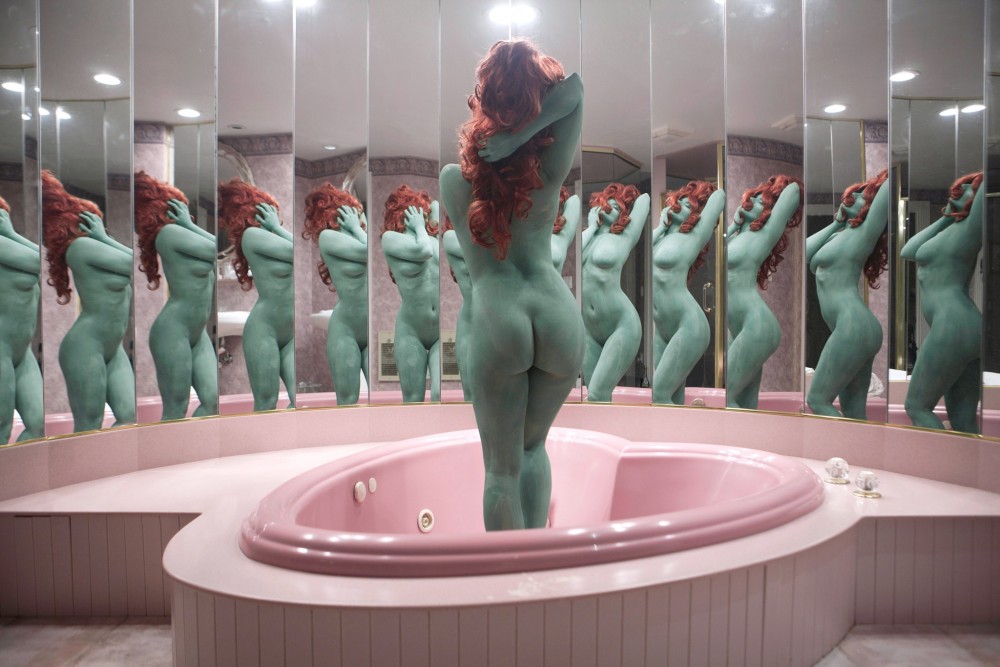 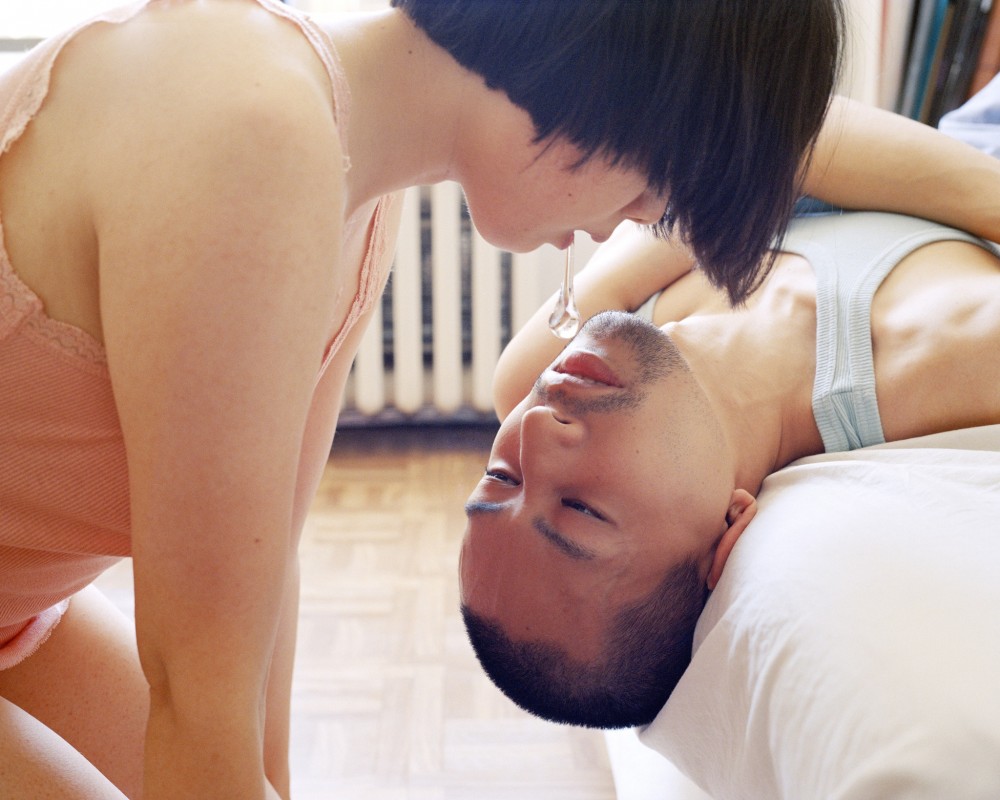 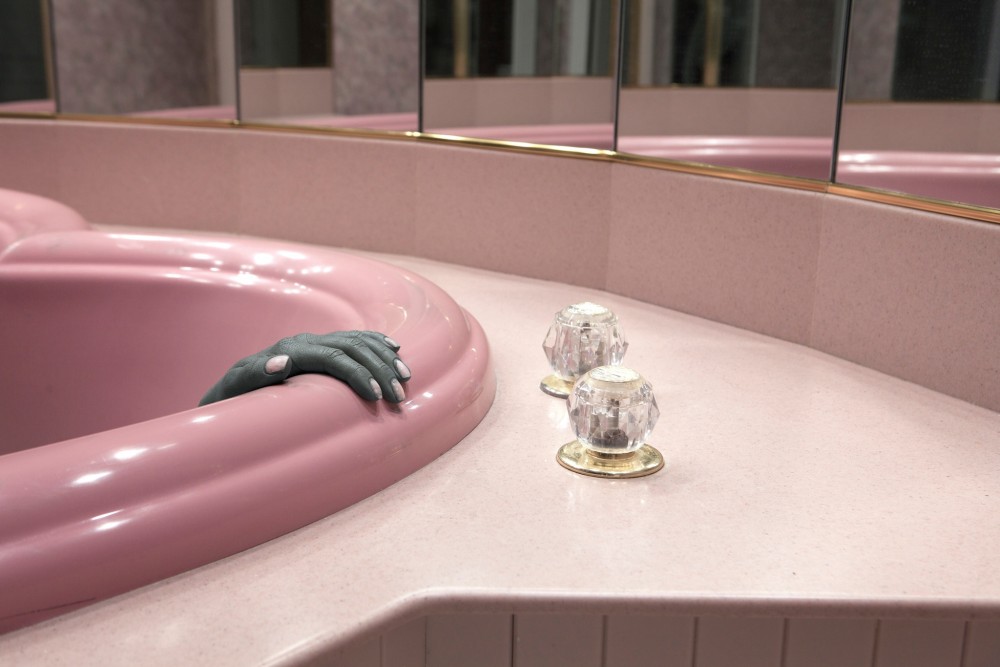 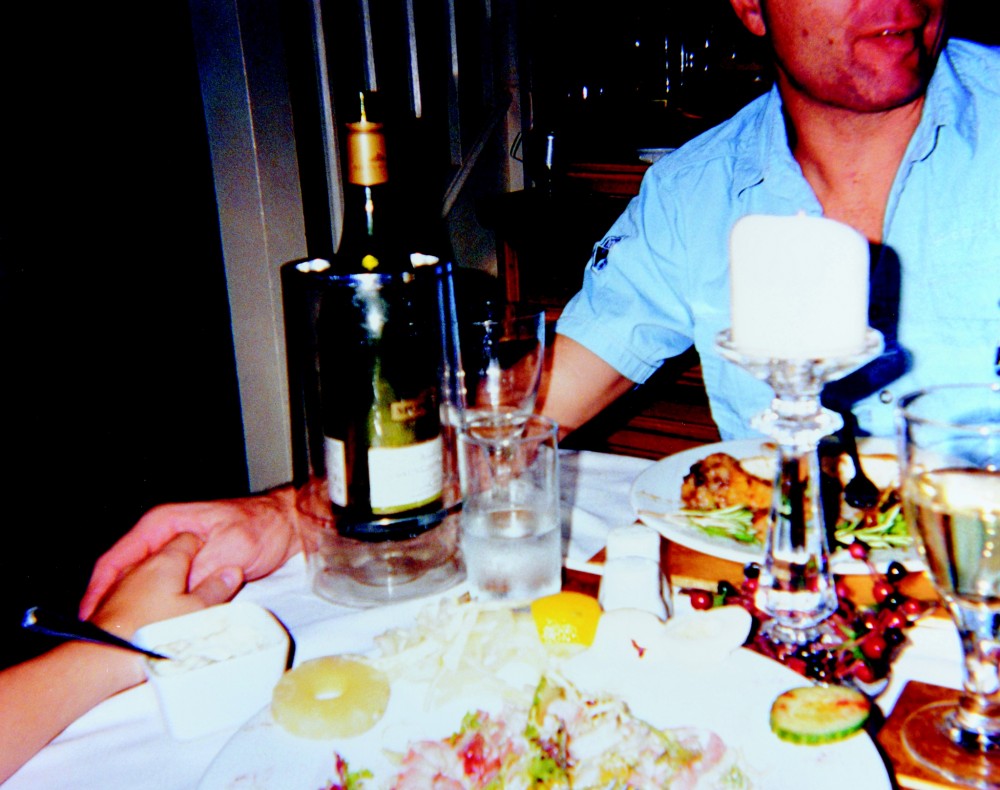 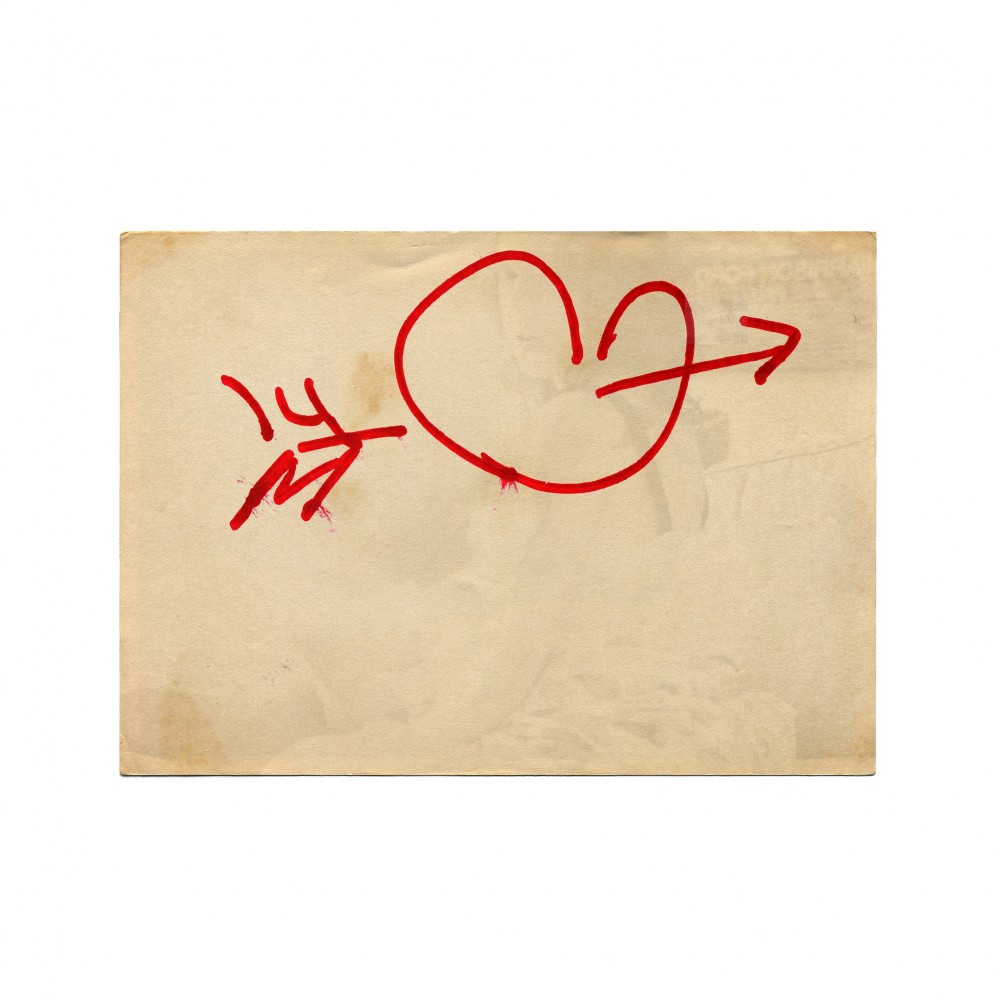 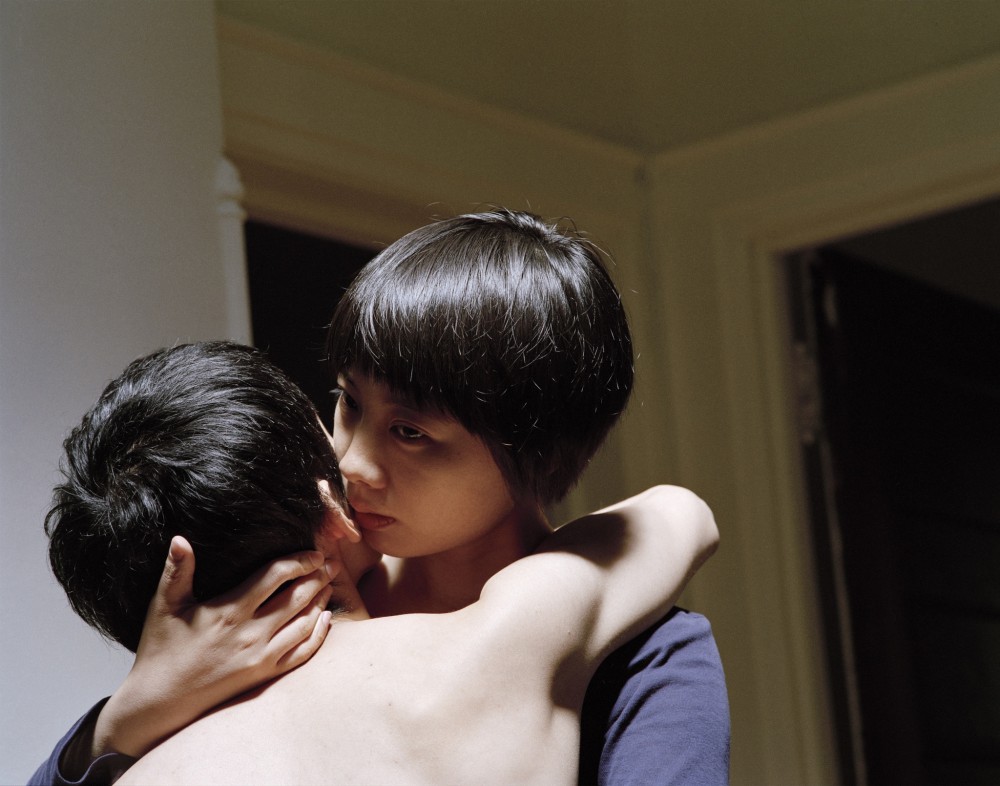 The exhibition features four female photographers, who experiment with gender roles, sexuality, and constructed identity, often putting themselves and their relationships with others in the frame.

Pixy Liao’s Experimental Relationship navigates the dynamics of power within partnerships between men and women. As a woman brought up in China, Liao describes the perception of an ideal male partner as being older and more mature, playing an authoritative role of protector and mentor. Since meeting her current partner, Moro, who is five years younger, Liao has begun to experiment with alternative possibilities, interweaving a fictional narrative in a series of constructed self-portraits. Photographed within domestic or pastoral scenes, the couple are often locked in embrace with the male body unclothed. The artist uses her body to grip, shield, or brace the male figure, accentuating the shifting balance of their relationship.

Working in a documentary mode, Natasha Caruana’s series Married Man captures the exchanges between the artist and men who she met through online sites devoted to matchmaking for married people. Posing as a potential partner, Caruana secretly filmed their encounters, focusing on the peripheral details of the setting, as though presenting clues for the viewer to decipher. Caruana questions their motivations of the men beyond the temptations of sexual desire, suggesting unfulfilled expectations and underlying states of loneliness and alienation.

Juno Calypso has created a series of self-portraits in which she stages herself as a fictional character named Joyce. Alone in rented bedrooms and honeymoon suites, Calypso performs solitary rituals of seduction, applying mysterious looking cosmetic substances and electronic anti-aging devices. Through Calypso’s lens the artificial setting of the hotel bathroom becomes joyless and oppressive. Directing Joyce’s gaze towards her own invented image, which is often duplicated and refracted by the use of multiple mirrors, Calypso’s character appears weighed down by the laboured construction of her own femininity.

Melanie Willhide takes the idea of intimate vernacular portraits, created as tokens between lovers, as the inspiration for her series Sleeping Beauties (The Box Under the Bed). Willhide fabricates plausibly antique photographs complete with personalised messages and markings on the reverse, carefully simulating the glue stains, fingerprints, watermarks, scrawls, tints and text. Through her digital overlaying of the front and reverse sides, the portrait and text are superimposed, becoming partially obscured. By creating artificial artifacts, Willhide meditates on the memory and loss of early moments of romance, while presenting the photographic document as an absurd proxy for the real thing.