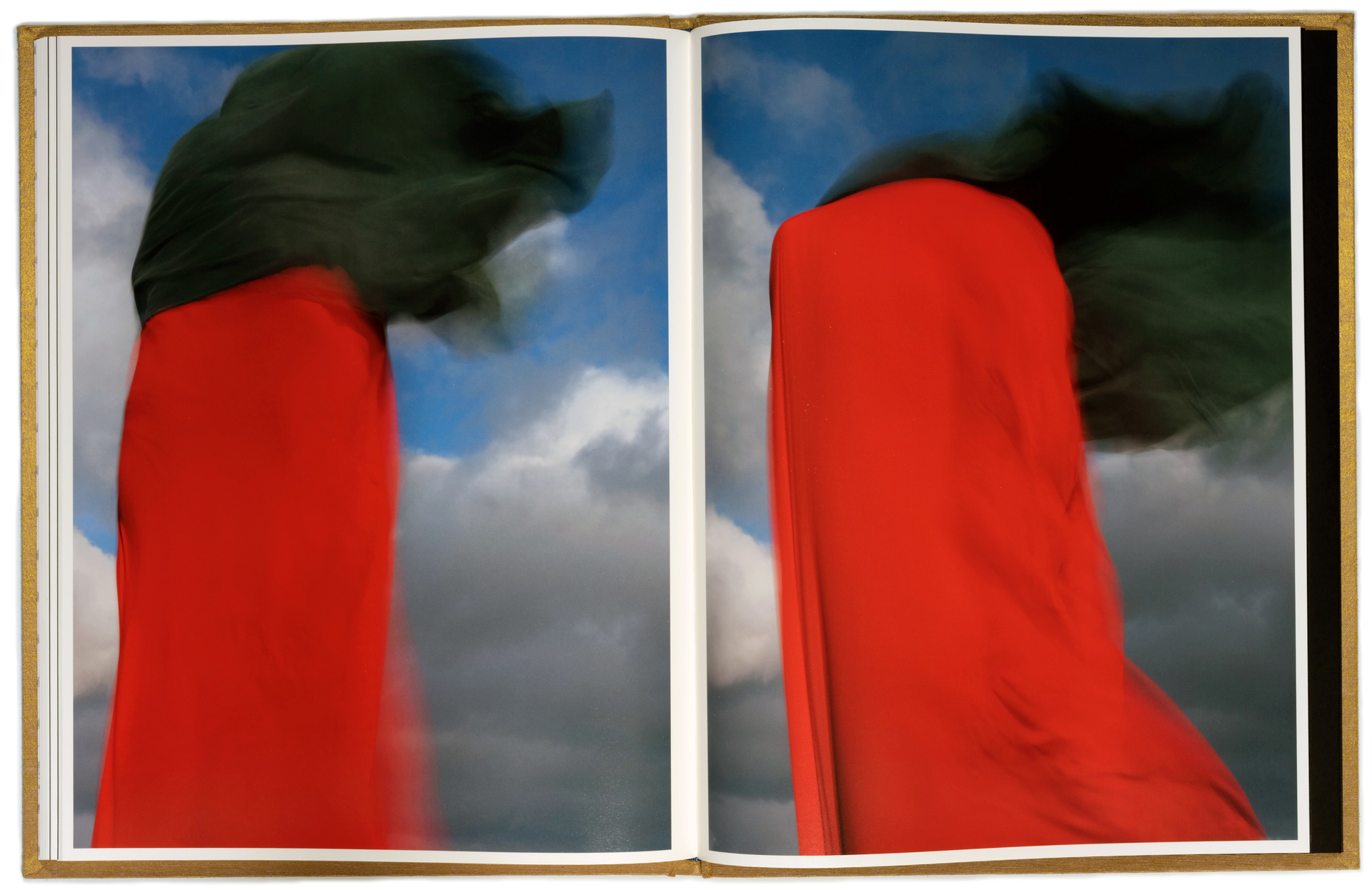 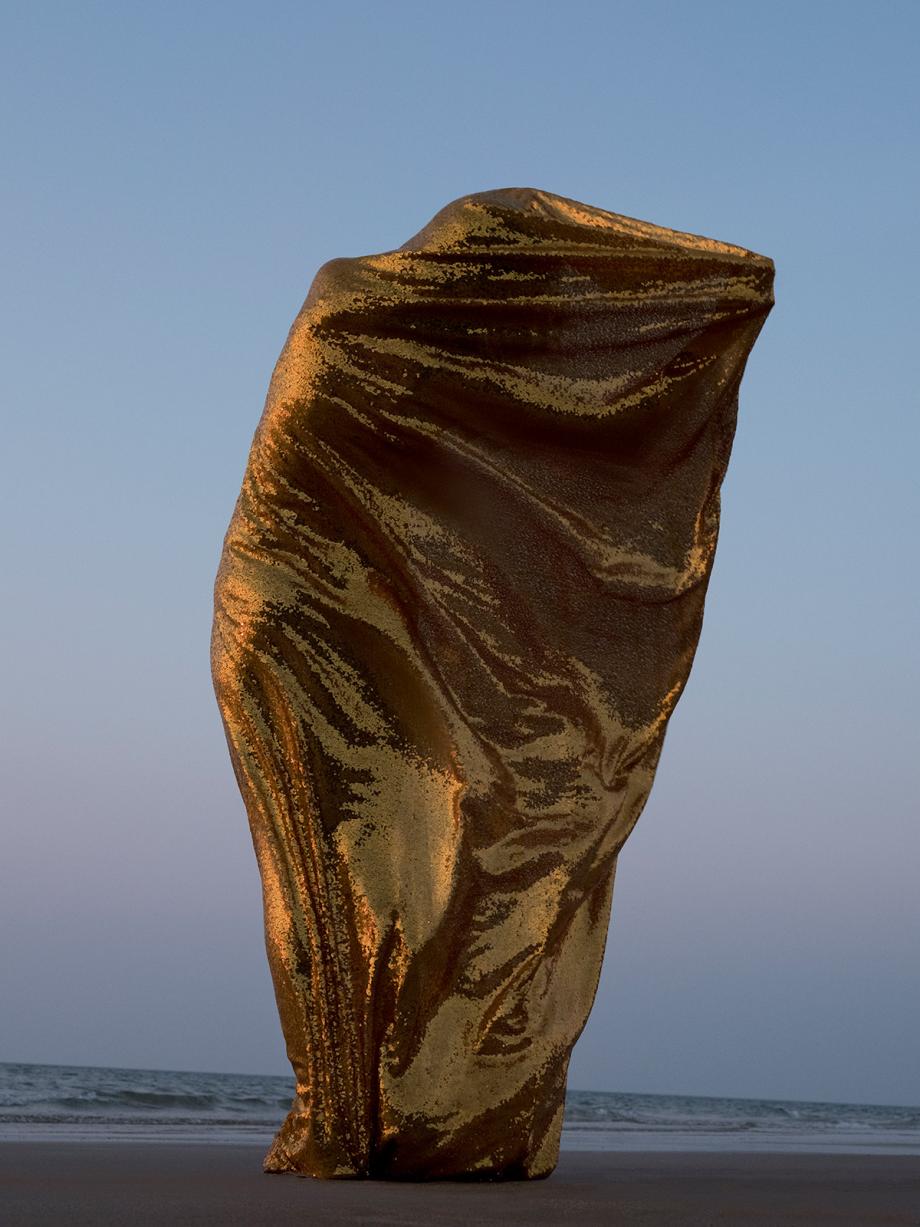 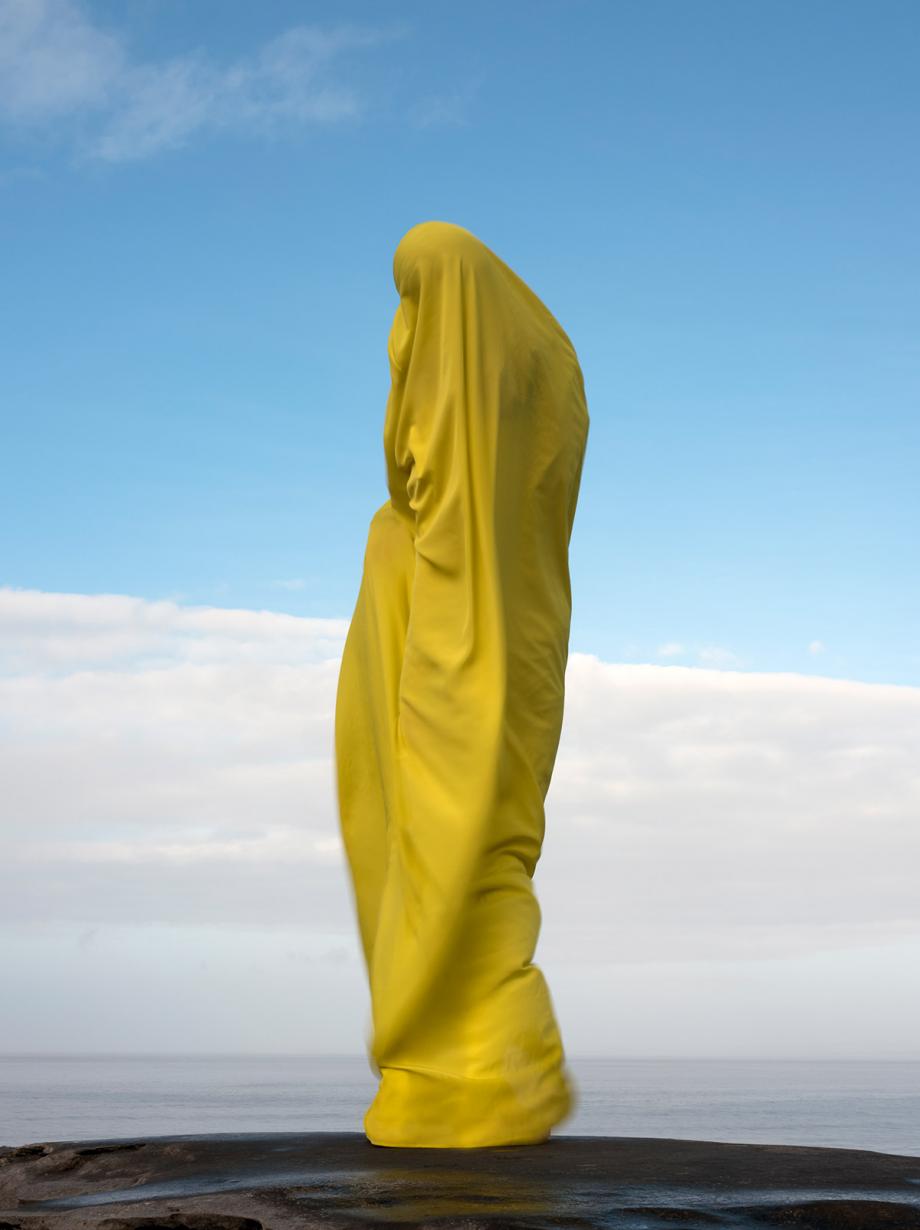 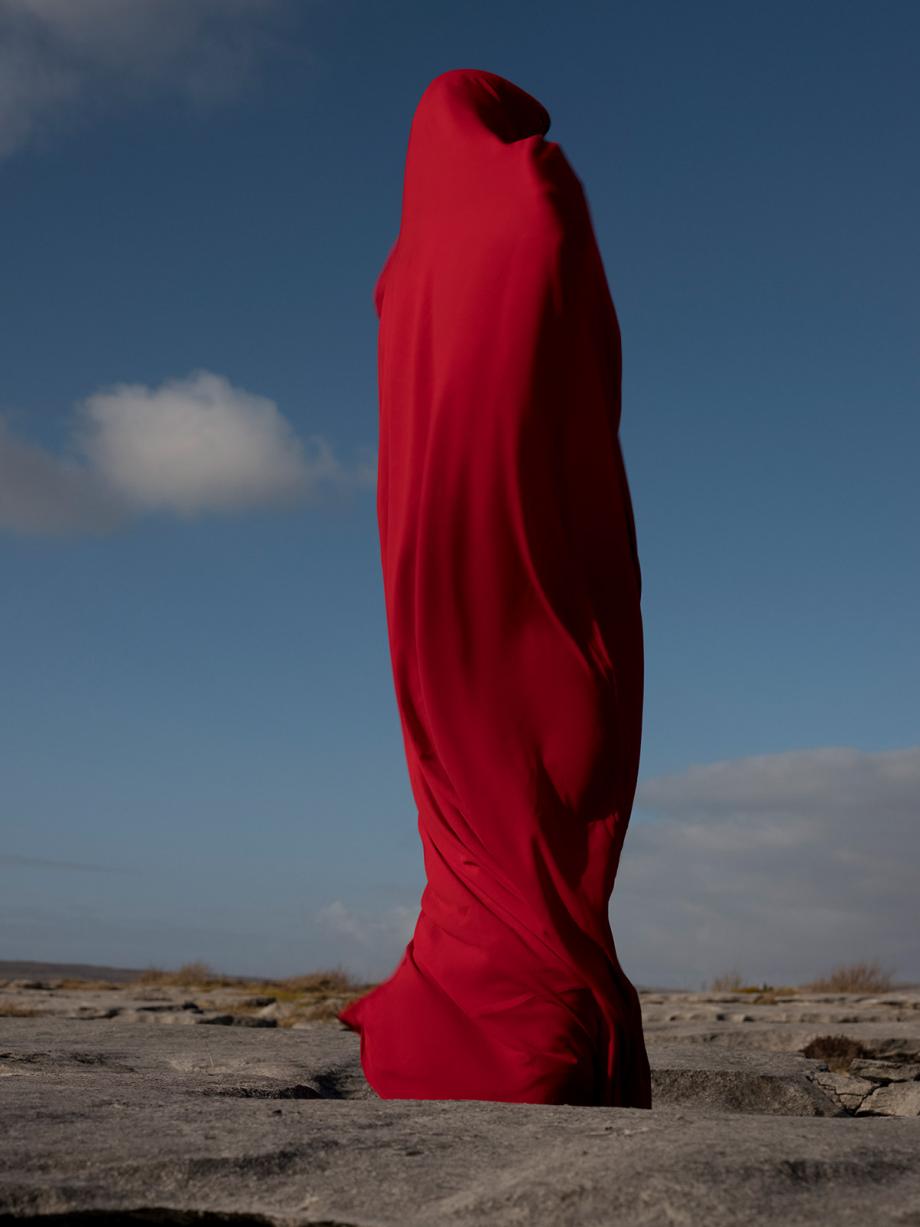 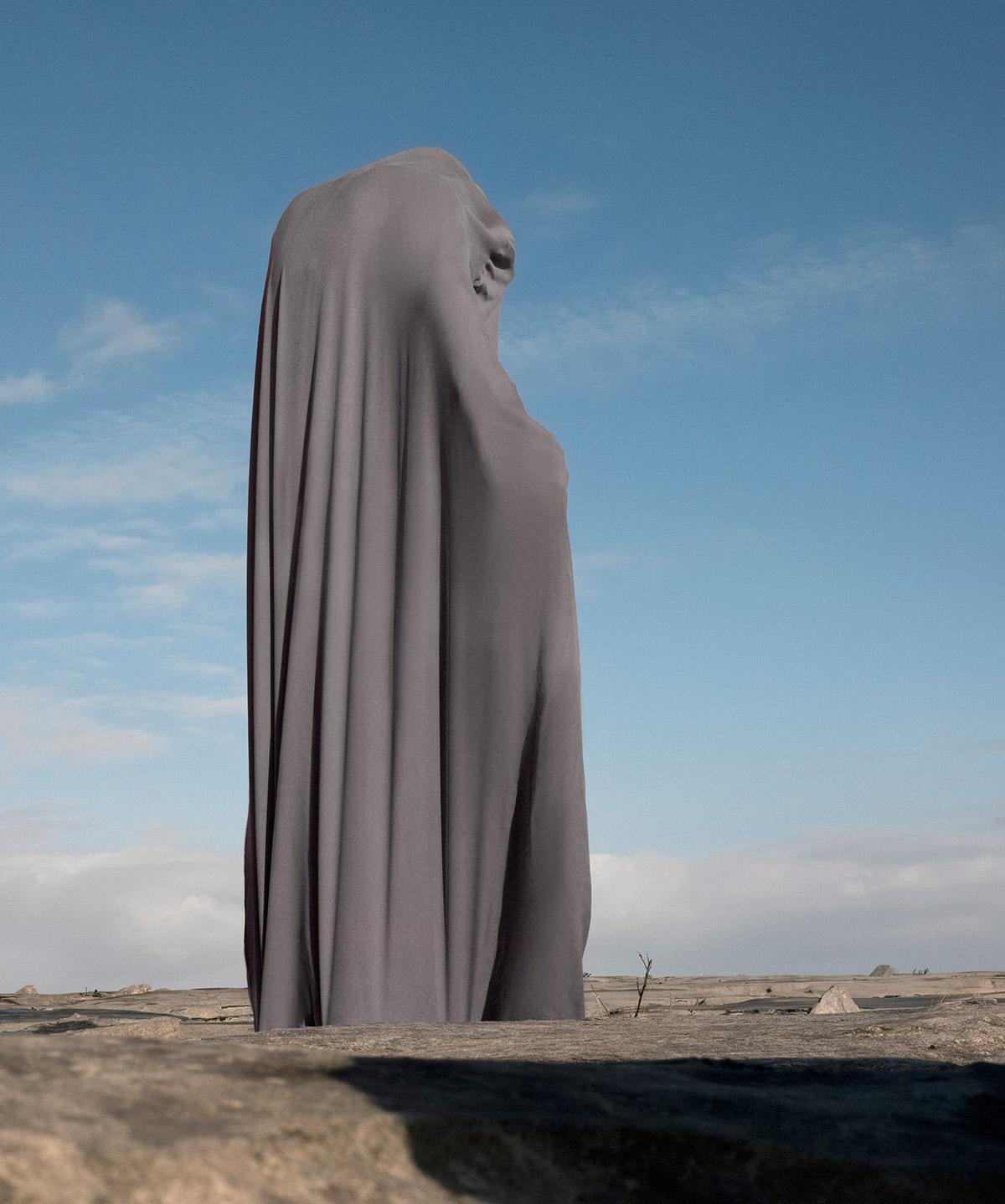 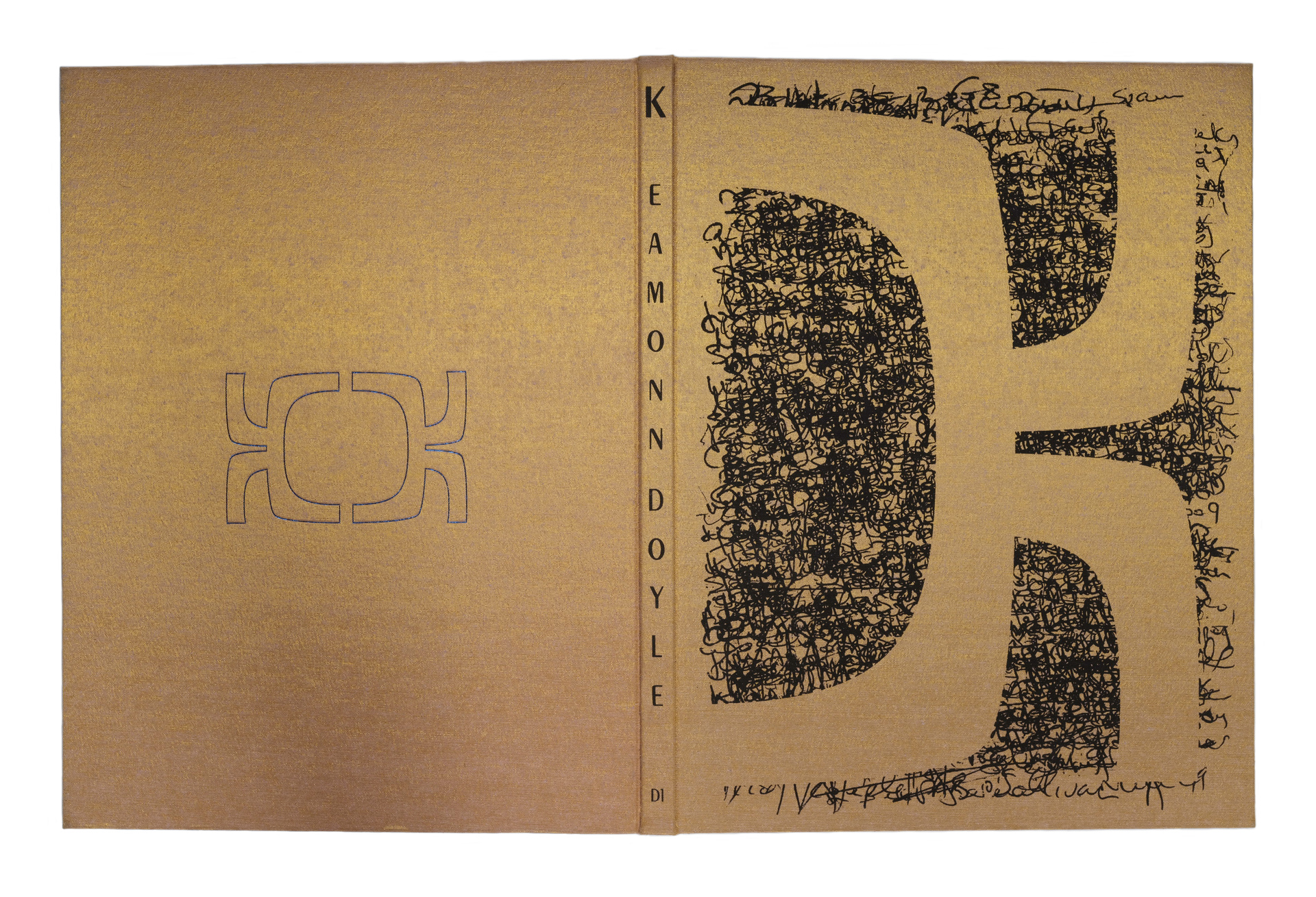 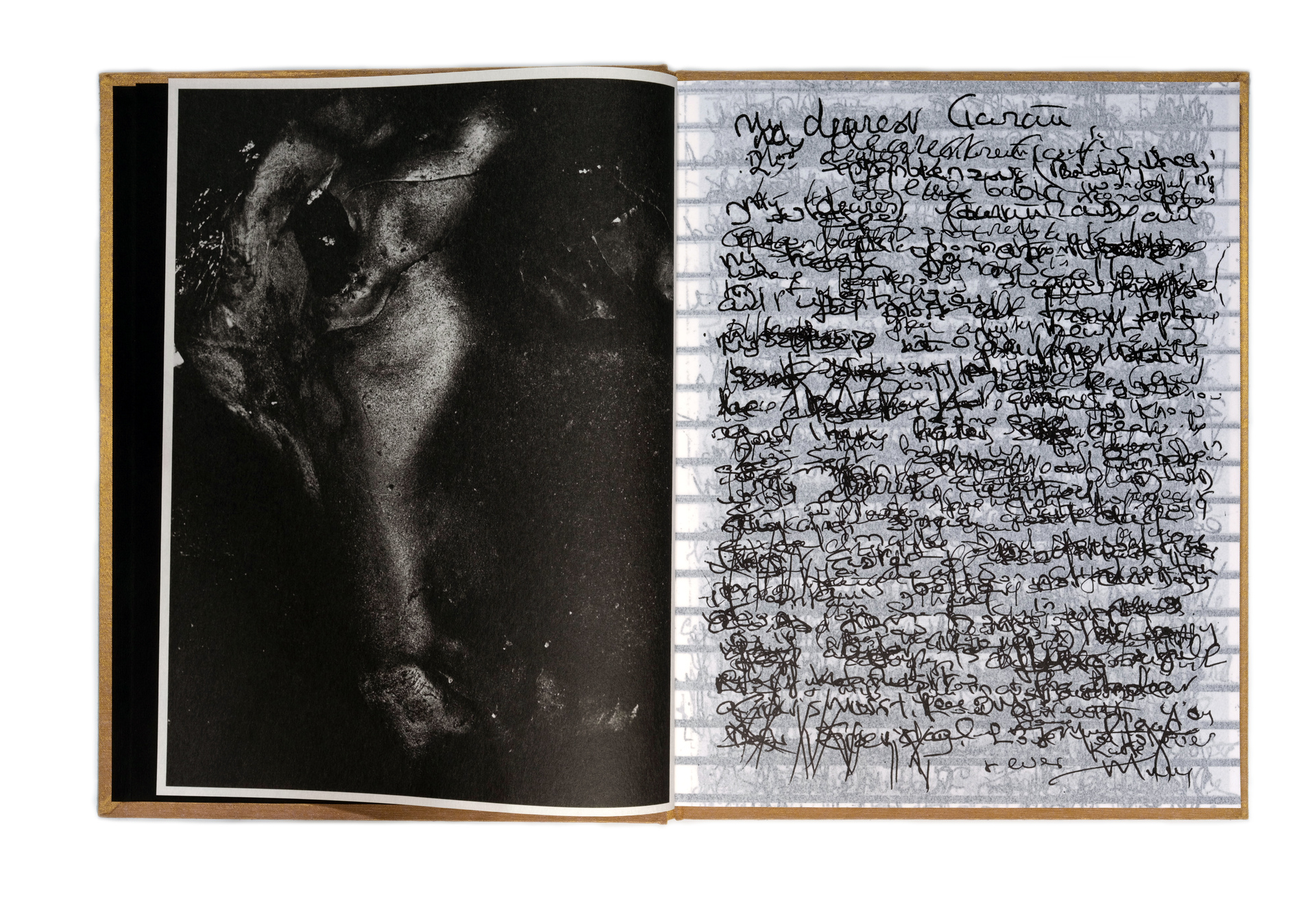 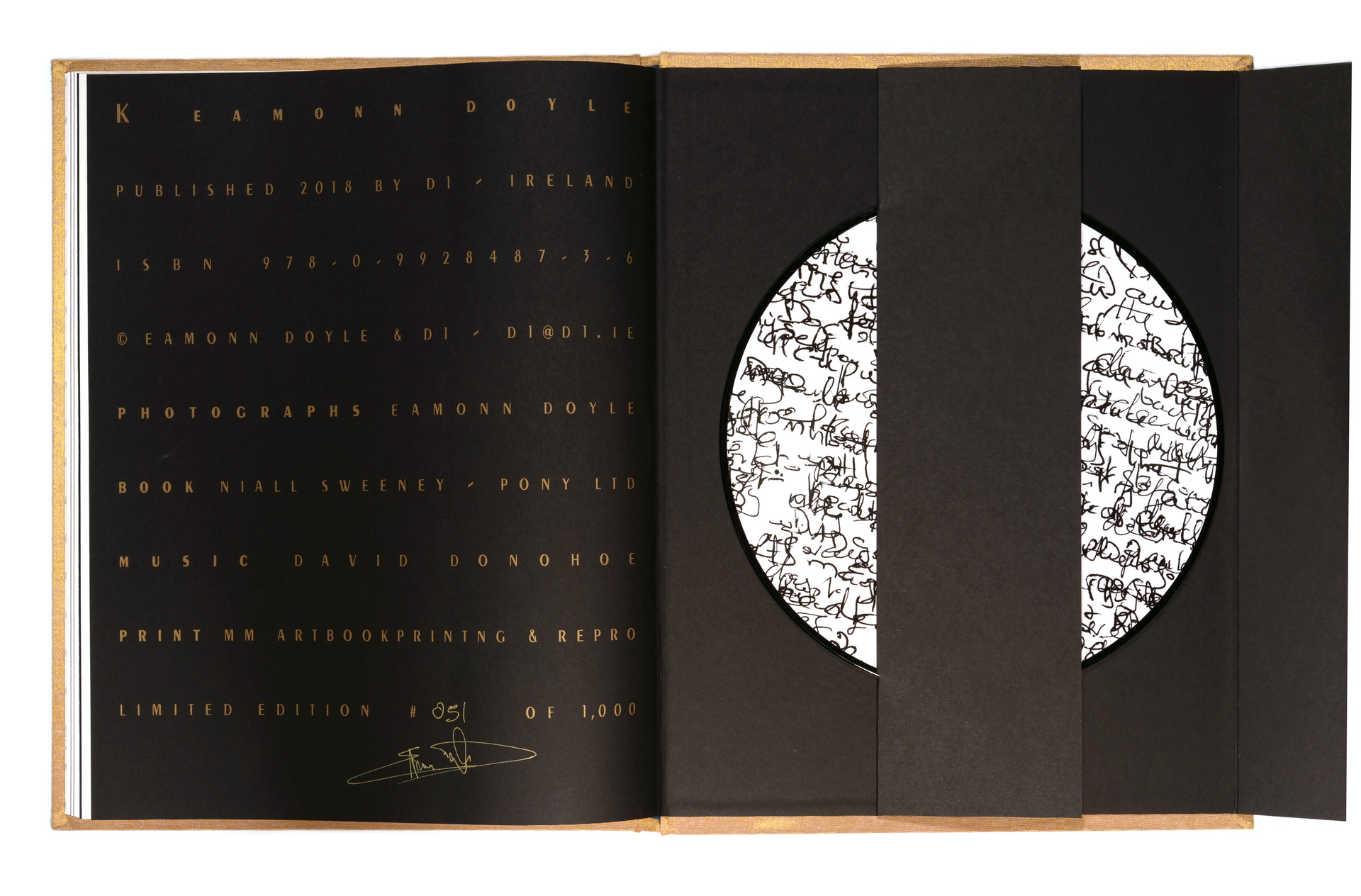 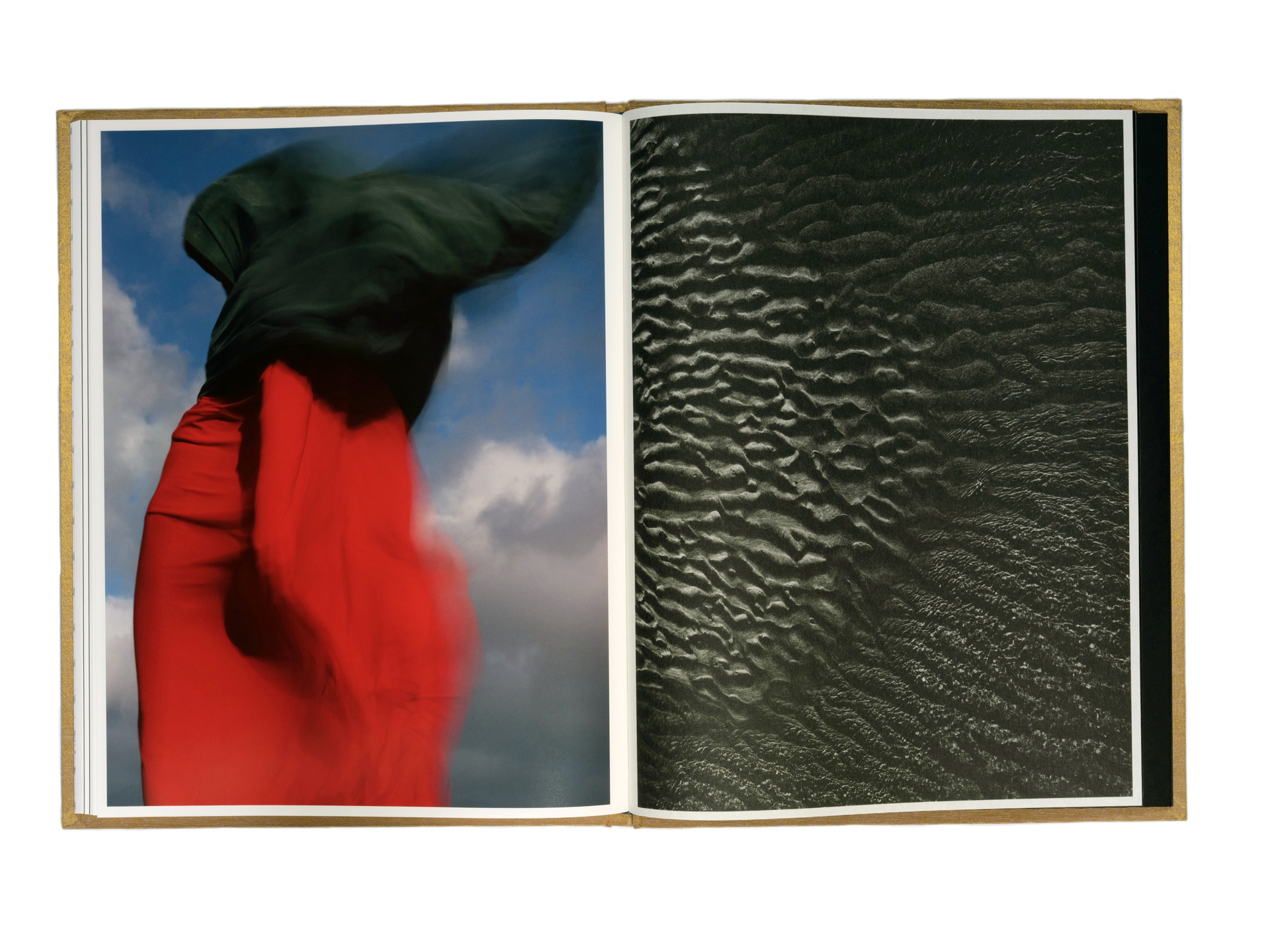 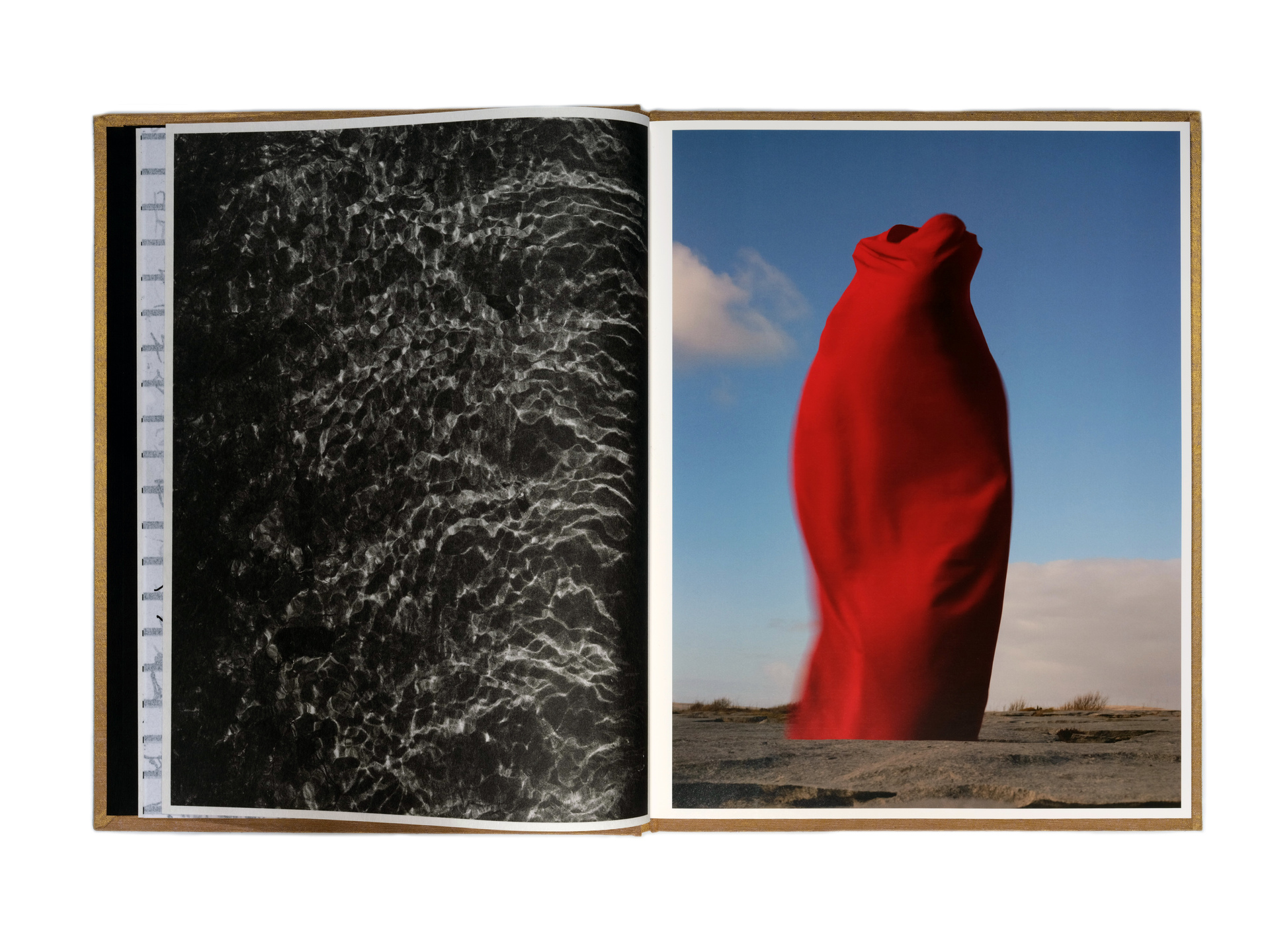 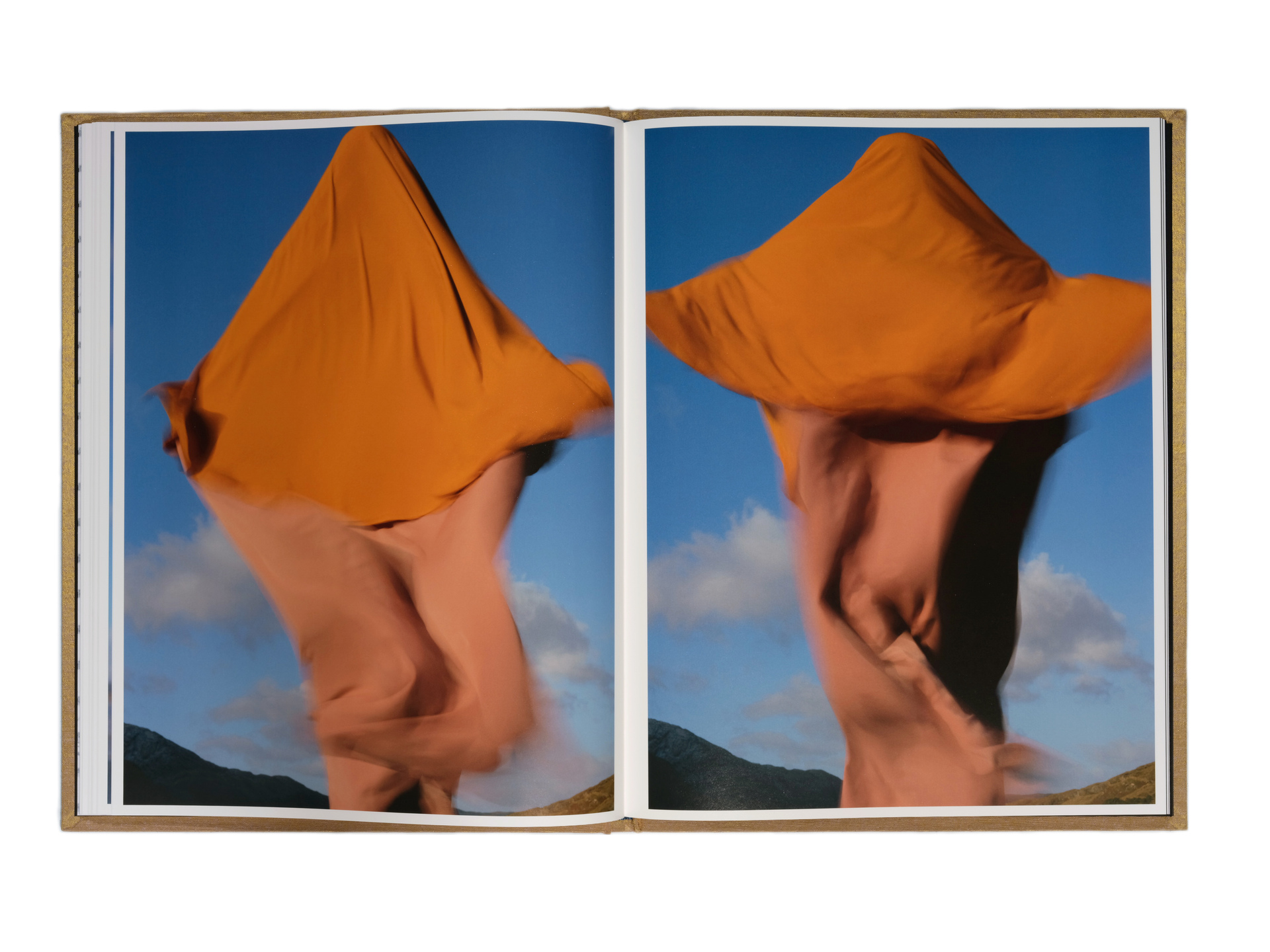 In his Dublin trilogy, i, ON and End, Eamonn Doyle captures the synergy of the city and its population as they play before him. With K, he moves away from the urban east coast to the western Atlantic edge of Ireland, to a landscape where certain places, appears out of time, a parallel world untouched by human footprints.

Through saturated shades, we follow a figure that stealths across this landscape. A spectral figure veiled in cloth changes color and materiality, pushed and pulled by gravity, wind, water, and light; in places almost gaseous, in others, molten. Other times, the weight of the earth grips with power. Accompanying this riot of color, K includes dynamic dense black and white photographs that appear to document a seismic upheaval.

Printed on stratified layers are the hand-written letters of a mother to her dead son, Ciarán, Eammon’s brother who died suddenly at age 33 in 1999. His mother, Kathryn, never managed to escape the grief of the irrevocable event, right up to her own death in 2017. In the letters, the words almost undecipherable, the lament envelops like a phonetic score in a veil of sound waves.

Working with a 1951 recording of an Irish Keen, musician David Donohoe has composed a two-part piece that accompanies this body of work and is included in the book as a 10" vinyl record. This layered and ever-changing composition forms an integral part of our experience of K, relating directly in both form and expression. The Keen (or Cine, from the Irish caoinim, "I wail") is an ancient Irish tradition of lamentation songs for the dead, intended to carry their spirit to the other side as it blesses mourners with a cathartic expression of grief. Women traditionally perform the ritual directly over the body of the deceased, and in some of the images of K, the contorted and wind-blown shapes of the figure and cloth seem to adopt the form of the wailing sound.

With his Dublin work, Eamonn looks at how the contemporary forces of the city and its people continually shape each other. In K, he seeks out the primal, even primordial, forces that sculpted and drive us.

The cruelty of the speed of light is that we can only ever look back in time. The further we look out, the further back in time we see. But this does bring the past into the present as we attempt to understand, even though sometimes we just cannot. This is as true of a photograph taken on the streets of Dublin as it is of one taken of plasma clouds in distant galaxies. And we can only comprehend any of this by passing through the vibrations of time, like a song cast out to the cosmos. 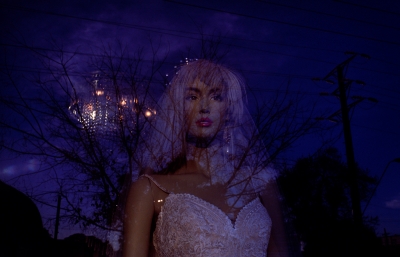 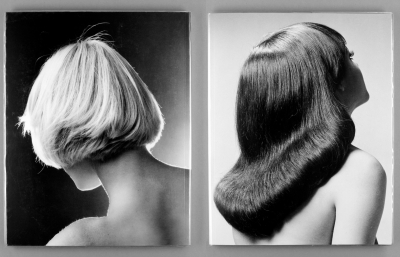 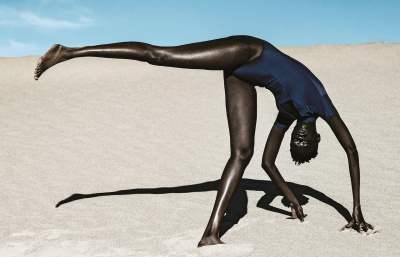