Return of the Cool: Parker Day On Spanning the Generations With Polaroid and Being a "Scrappy Weirdo"

I'm a huge fan of anyone who starts off an interview letting me know that are a "scrappy weirdo." Photographer Parker Day, who I almost feel like I'm downsizing by calling just a photographer, as is more in line with a costume designer, set designer, and fine artist who is creating a universe in which her subjects can exist. When we featured Parker in our print edition back in December 2016, she summarized the experience of seeing her art perfectly: "I create characters that are at once outlandish and familiar to question the truth of identity. Are they real people? Are they not? Does it matter? I would say no." She's right, we just want to keep looking, no matter if it is all fact or fiction.

We reconnected with Parker this week as she was set to announce her collaboration with Polaroid Originals on the "Still Got It" campaign, a series of portraits that create a cohesive visual story that crosses multiple generations. The subjects of the project include internet phenomenon Baddie Winkle, Frances Davis (first wife of Miles Davis, actress, and first black ballerina in the Paris Opera Ballet), musician Shamon Cassette, curator Marc Bellinger as well as actors Graham Mackie, Darla Parson and Regina Williamson. Each subject is captured in what is most definitely Day’s signature style, and as noted in the project, presents "photos featuring strong characters born from the 60s to the 80s – juxtaposed with individuals in their 60s, 70s, 80s and 90s." We chatted with Parker about the Polaroid project, but also the many influences that got her into photography, most definitely her style of photography: From Warhol to Arbus, to her old Polaroid camera with Lisa Frank stickers and her new SLR 680 SE now.

Evan Pricco: What we have loved about your work is that you function in so many mediums: fine art, photography, set design and costume design I think covers a lot of ground for what you do. I assume a lot of this comes from having a fine art background as opposed, to say, a full photography masters?
Parker Day: Nah, it comes from being a scrappy weirdo! I'm actually an art school dropout, I did 3 years at the Academy of Art University in SF, studying photography. But my parents steeped me in art from a young age. My mom took me to museums and bought me all the art supplies I wanted, and my dad owned a comic book store and kept the company of many eccentric underground comics artists. (Sidenote: I vividly remember the very first issue of Juxtapoz arriving at the comic shop and was awe-struck). Being a home schooled only child, I had the freedom to explore my creativity and my interests. 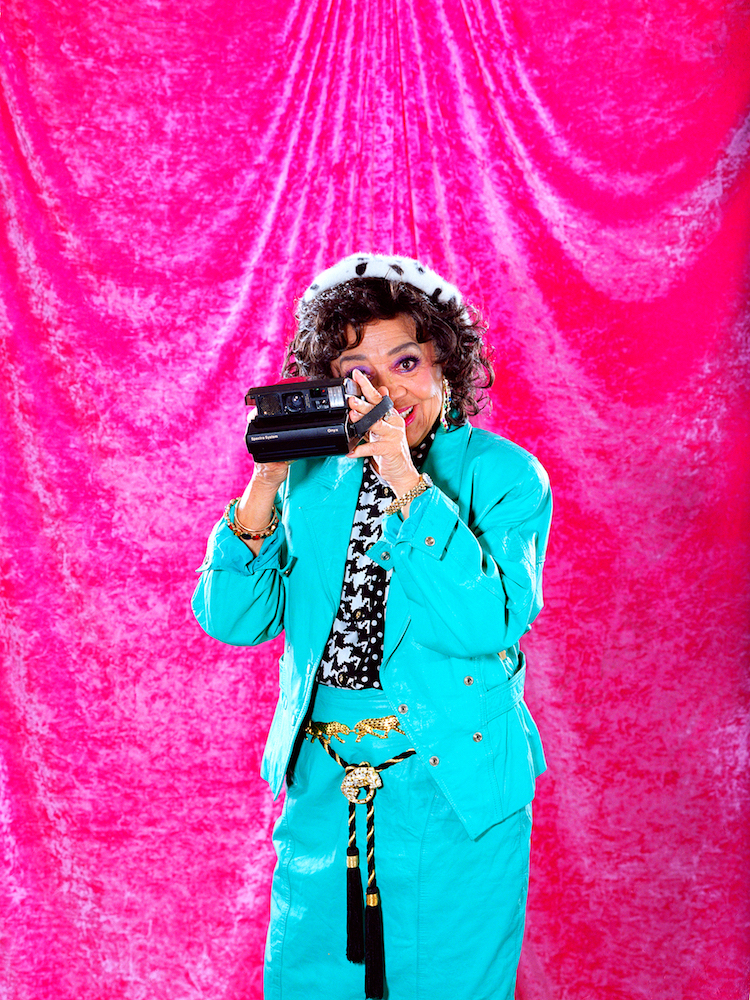 When do you think you really started to get this aesthetic where it is now? Was their a particular project that really began to make sense for you?
In 2015, after years of shifting and meandering career paths post-art school, I reached a point where I knew I had to go for broke and give photography my all. It's my one true love! And I knew that if I was going to make it, I had to do it my way. And that meant letting go of any fears I had and embracing my taste and all the things I love, from garish colors to thrift store rags and dollar store tchotchkes. What it really meant was getting back in touch with the energy and curiosity of my childhood that I had nearly forgotten was a part of me.

How do you approach your subjects? Do you know them in advance? And how do you decide what persona they will have?
Straight to the DM's! I rarely know them in advance. I pick up a lot of clues about who a person is, and how they behave, from their Instagram. That tells me what kind of character they could be in a shoot. So I'll form a rough idea of what I want the shoot to be, but I like to leave plenty of room for it to develop on its own accord. My direction during shoots is very emotionally based, where I'll tell the model to portray a certain feeling, and maybe tell a little story about their character in relation to it, like, "you're fed up. You've been bullied on the school yard for years and today's the first day of middle school and you've had enough!" 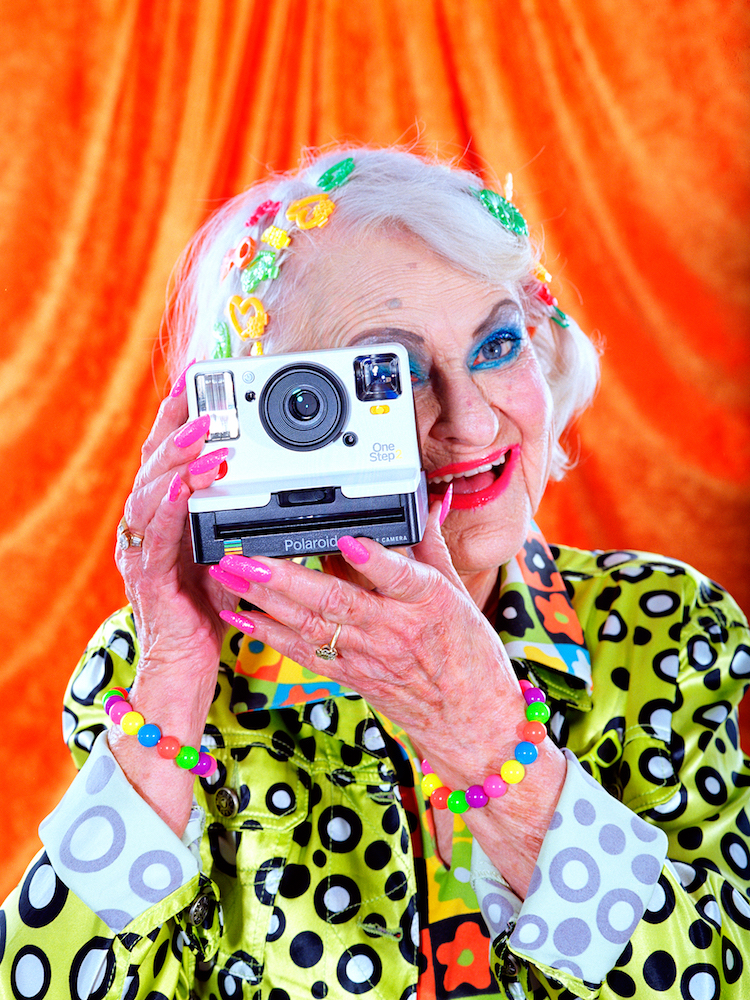 What sort of camera do you use now?
I just got a Contax 645 camera that is my beautiful precious baby. I only use Zeiss lenses and wanted a medium format camera that uses Zeiss glass and is lightweight enough to handhold. She's a beauty.

Do you have any influences in photography that led you on your path? Were there photographers in the generations before you that you feel a kinship with?
Most definitely. Diane Arbus, Joel-Peter Witkin, Cindy Sherman (whom I'm most often compared to), and in the late '90s-early aughts as a young teen I was obsessed with David LaChapelle and pulled photos out of The Face that he had shot and lined my bedroom walls with them. In college I loved Richard Avedon very much for his simplicity and ability to capture raw emotion. You can feel how present he and his subjects were in those shoots. Oh and as a tween I loved Herb Ritts! I think he was the first photographer I knew by name and was so excited to see him on MTV, maybe on House of Style? That was a long time ago!

Or maybe I can even just broaden it to just cultural influences in the generations before you? Was there a particular era that resonated with you?
When I was younger I was thoroughly obsessed with Warhol's Factory and all the Superstars. It was just dreamy to think of all these larger than life, unique personalities all in one place at one time. And I've always loved the Velvet Underground, and other proto-punk bands in the '60s-70s. 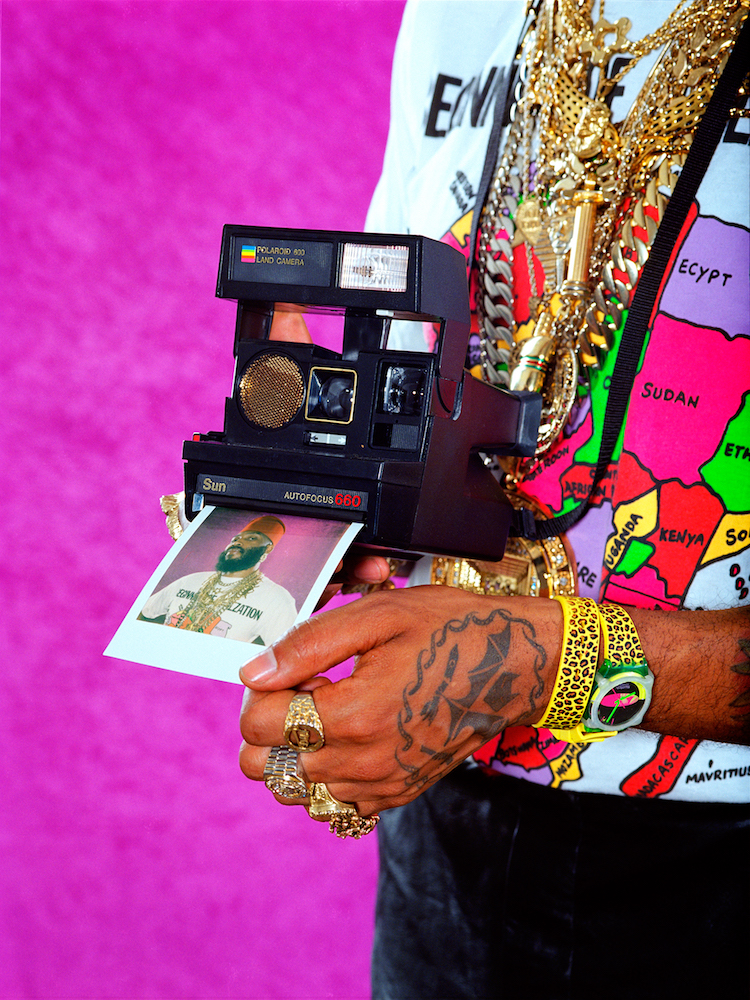 I think most of us had a Polaroid camera when we were kids, I know I did. Did you have one?
Definitely! And if memory serves, the Polaroid photos got adorned in Lisa Frank stickers before being given to friends.

In terms of your project with Polaroid Originals, how are you approaching this?
Working with Polaroid Originals has been a dream because they truly respect me as an artist and conceptualized this campaign with me in mind. I love working with vintage clothing and vintage aesthetics to bring colorful characters to life. It was really cool to be able to photograph such an eclectic group of people, from a millennial to a nonagenarian! 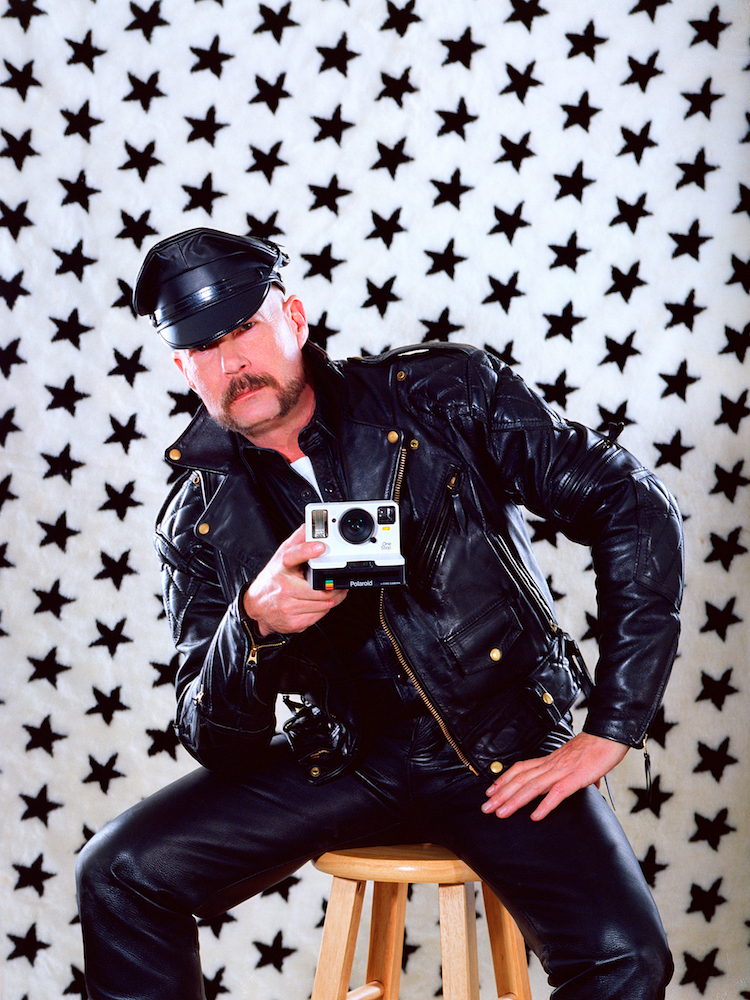 What's your favorite part about working with instant film?
I love that it's an authentic, tangible capture of a moment. No filter, no Photoshop, it is what it is and it's beautiful.

What camera are you using for these shoots?
I am the proud owner of an SLR 680 SE. It's a marvelous contraption--it folds flat, pops up when you want to shoot, and has auto focus. It takes gorgeous photos, especially when using it with my strobes in studio for my signature look.