Following NEW LOVE by Ren Hang, one of China’s most controversial emerging photographers, Dashwood Books is pleased to announce the release of ATHENS LOVE, the second in a series of three monographs from Session Press. 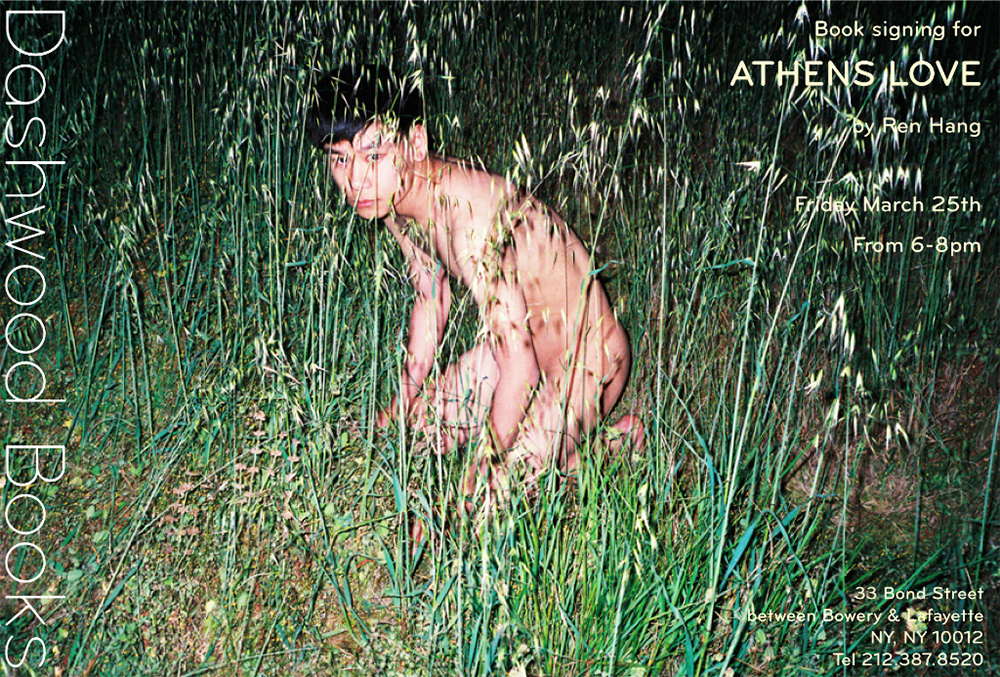 ATHENS LOVE presents Hang’s work taken in Greece in April 2015 during his participation in the Occupy Atopos artist residency and exhibition. It is being published on the occasion of the exhibition ATHENS LOVE at Klein Sun Gallery in New York from March 24 to April 30, 2016.

“Hang’s latest body of work includes casual snap shots taken of friends in various locations in Athens and Attica, Greece, such as the beach, woods, cliffs, streets, and apartments. Expressing his awe of the dynamics of nature, Hang responds to it in high spirits, his sense of humor reflecting the composition and colors of his work. Away from his more politically strict and constraining home in China, Hang enjoys the more relaxed and playful energy in his photographs, and renders his abundant creativity in new avenues of expression. As a result, both the diaristic pictures and the stylized nudes in ATHENS LOVE are imbued with an undeniable sense of discovery and joy, and thrillingly document one of contemporary photography’s most exciting young artists taking bold advantage of the new and unfamiliar.