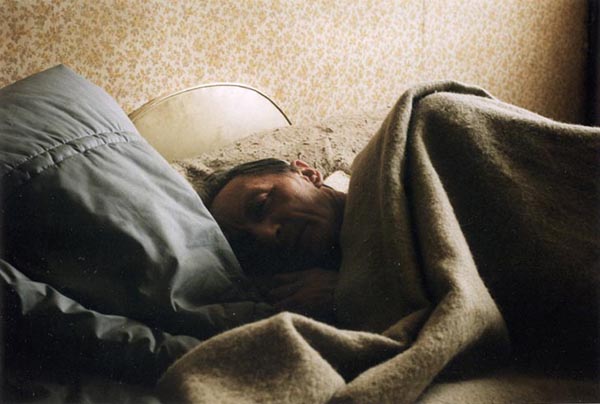 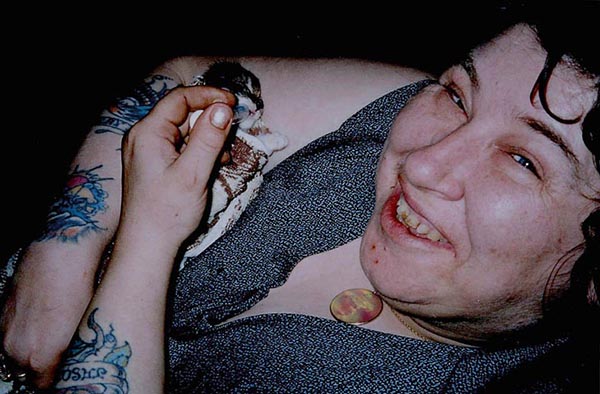 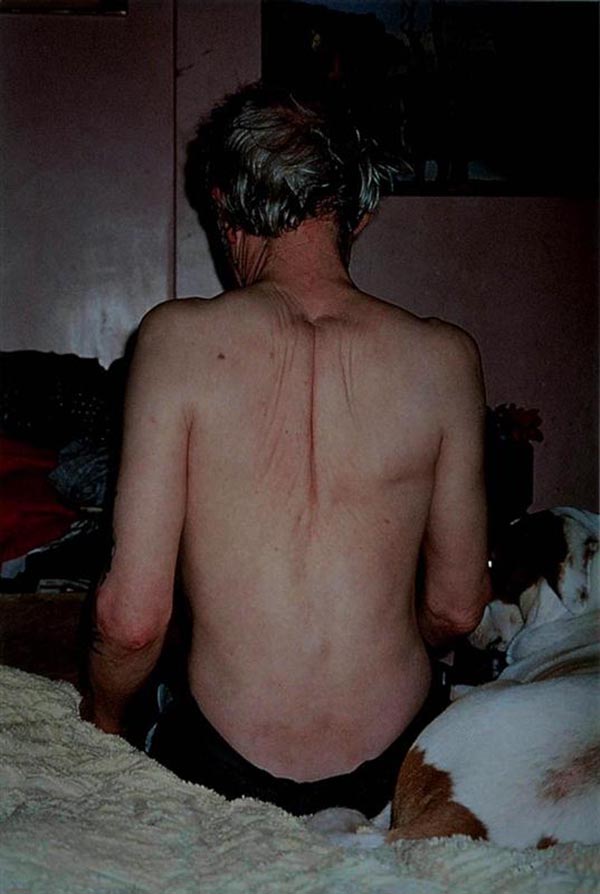 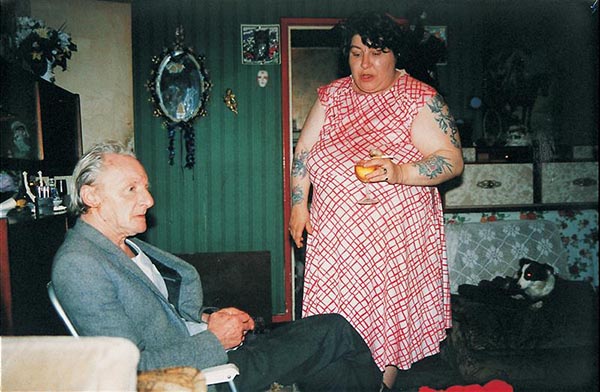 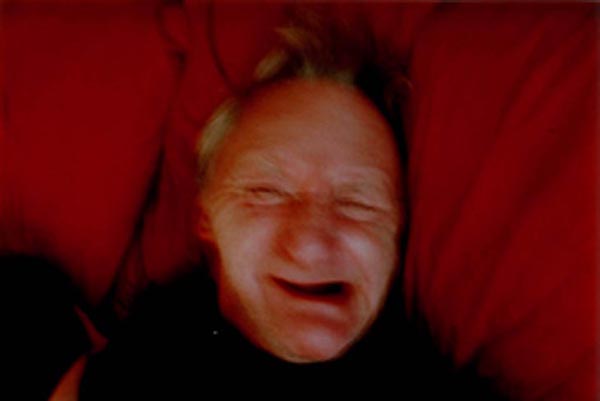 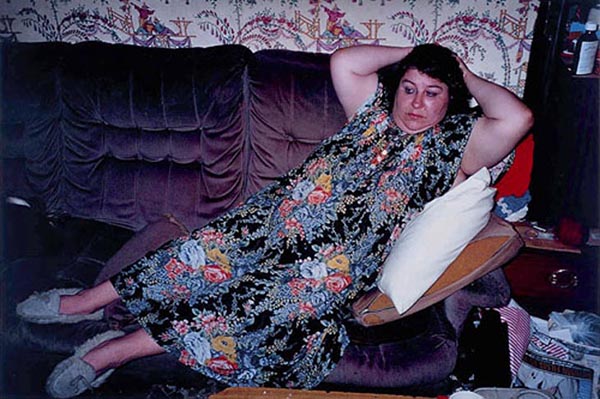 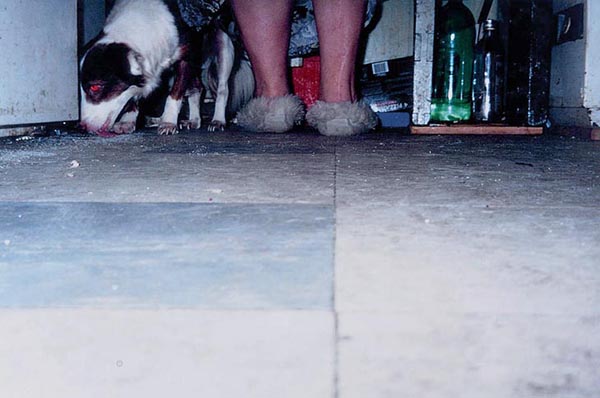 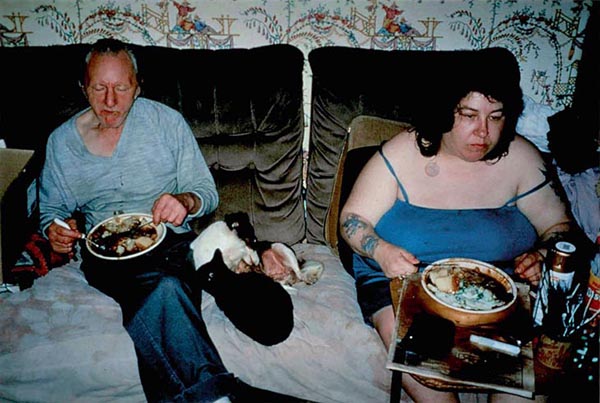 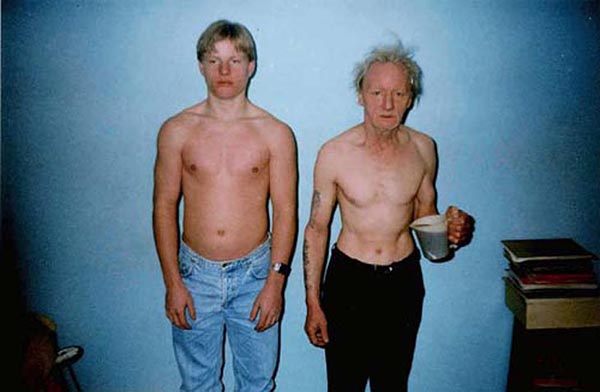 In 2000, photographer Richard Billingham released a book of his photographs titled “Ray’s a Laugh”. The images document the everyday life of Billingham’s mother Elizabeth and father Ray. The series reveals Ray’s severe alcoholism and Elizabeth’s obsessive collecting of pets and cheap chachkies paired with the poverty they have been forced to live in as a result of Ray’s addiction. Billingham chose to shoot the images on the cheapest film he could find and used a harsh flash to add to the rawness and candidness of the series.