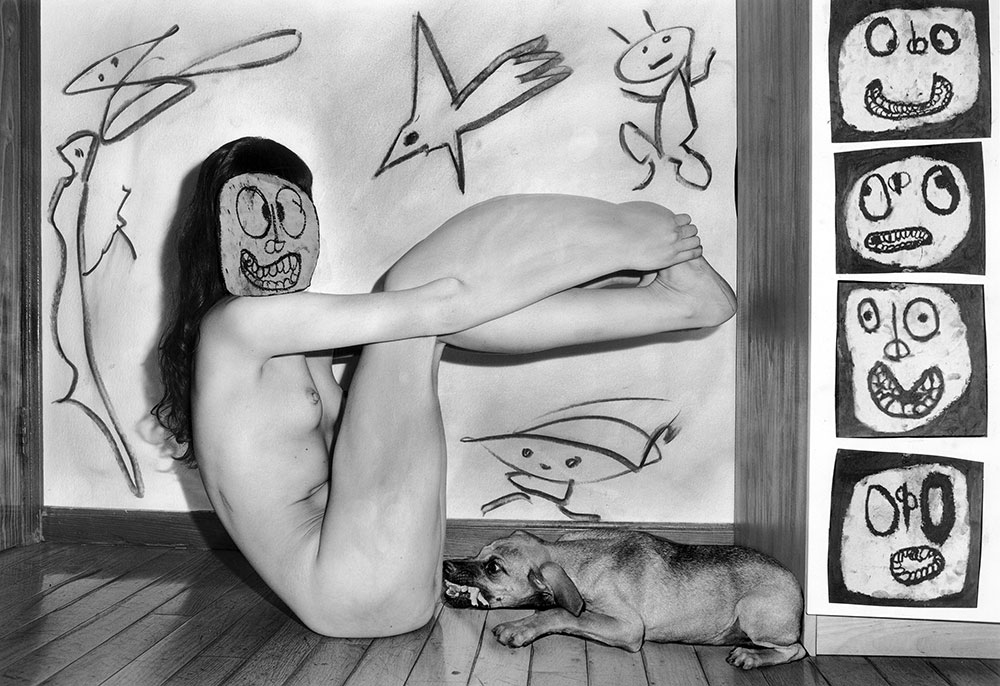 Two of our favorite artists/photographers, Roger Ballen (former cover artist) and Asger Carlsen (former featured artist) team up for "No Joke" at V1 Gallery in Copenhagen, opening on September 23 and running through October 22, 2016.

It's a funny thing even calling these artists "photographers," because both Ballen and Carlsen are fine artists, set creators, universe makers, and capture these unique creative worlds in their photographs. It all goes hand-in-hand.

So when V1 Gallery announced NO JOKE (a new collaborative series of 37 black and white photo based works created by Ballen and Carlsen), their own unique worlds really did seem to fit together and quite seamlessly. As the gallery notes, and we have seen bits and pieces of this collaboration a few times, "the past three years Roger Ballen (born 1950, New York, lives and works in Johannesburg) and Asger Carlsen (born 1973, Denmark, lives and works in New York) have engaged in an artistic ping-pong across oceans and time zones."

The two artists have exchanged ideas, sketches and works and reworked them manually and digitally, blurring the lines of authorship and process. The result is a unique and energetic body of work that convey the distinct languages of both artists while at the same time expanding their collaborative expression. Both Ballen and Carlsen have used new techniques and invested themselves wholeheartedly in the project. Both artists appear frequently in the new works, mutated, joined and fragmented.

NO JOKE is a hauntingly beautiful surreal voyage. The works are visceral, vicious, humorous, explicit and tenderly intimate at once. The two authors mutual admiration, trust and respect shines through. The series is Robin Hood avant-garde – Brassai, Dubuffet, Bacon, Moore, Sonic Youth, Aphex Twin and Die Antwoord are all in the mix. It is refined DIY visual punk and could not have been created before high-speed Internet, Photoshop and ultra fast processors.

Do not come looking for answers. NO JOKE taps into the subconscious of both artists and viewer. The tableaus merge portrait, sculpture and collage with derelict rooms, mark making, animals and man. Gender, sexuality and identity are hijacked and rerouted. The works seem like visions from a dream you never had but instantly recognize with both body and mind.

NO JOKE premiers in its entirety in Berlin, gallery Dittrich & Schlechtriem, and Copenhagen at the same time.