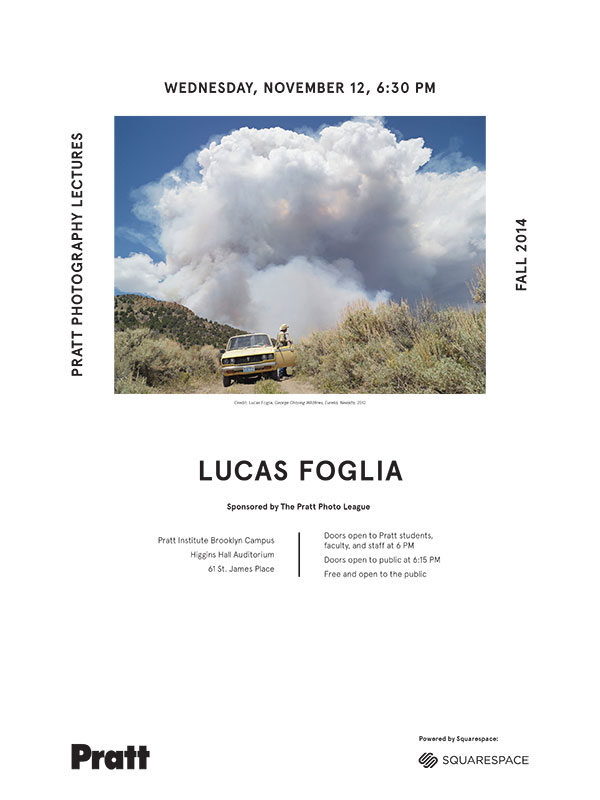 In part of the ongoing Pratt Photography Lectures series, Photographer Lucas Foglia will be having a lecture open free to the public on November 12, 2014. Lucas Foglia has held major exhibitions at venues including the Victoria and Albert Museum, London; Fredericks & Freiser Gallery, New York; and the International Center of Photography, New York. Foglia’s books Natural Order and Frontcountry were both published by Nazraeli Press to critical acclaim in 2012 and 2014, respectively. The pictures in Frontcountry depict the rural American West in the midst of a recent mining boom. This year Foglia was awarded a fellowship from the Aaron Siskind Foundation.