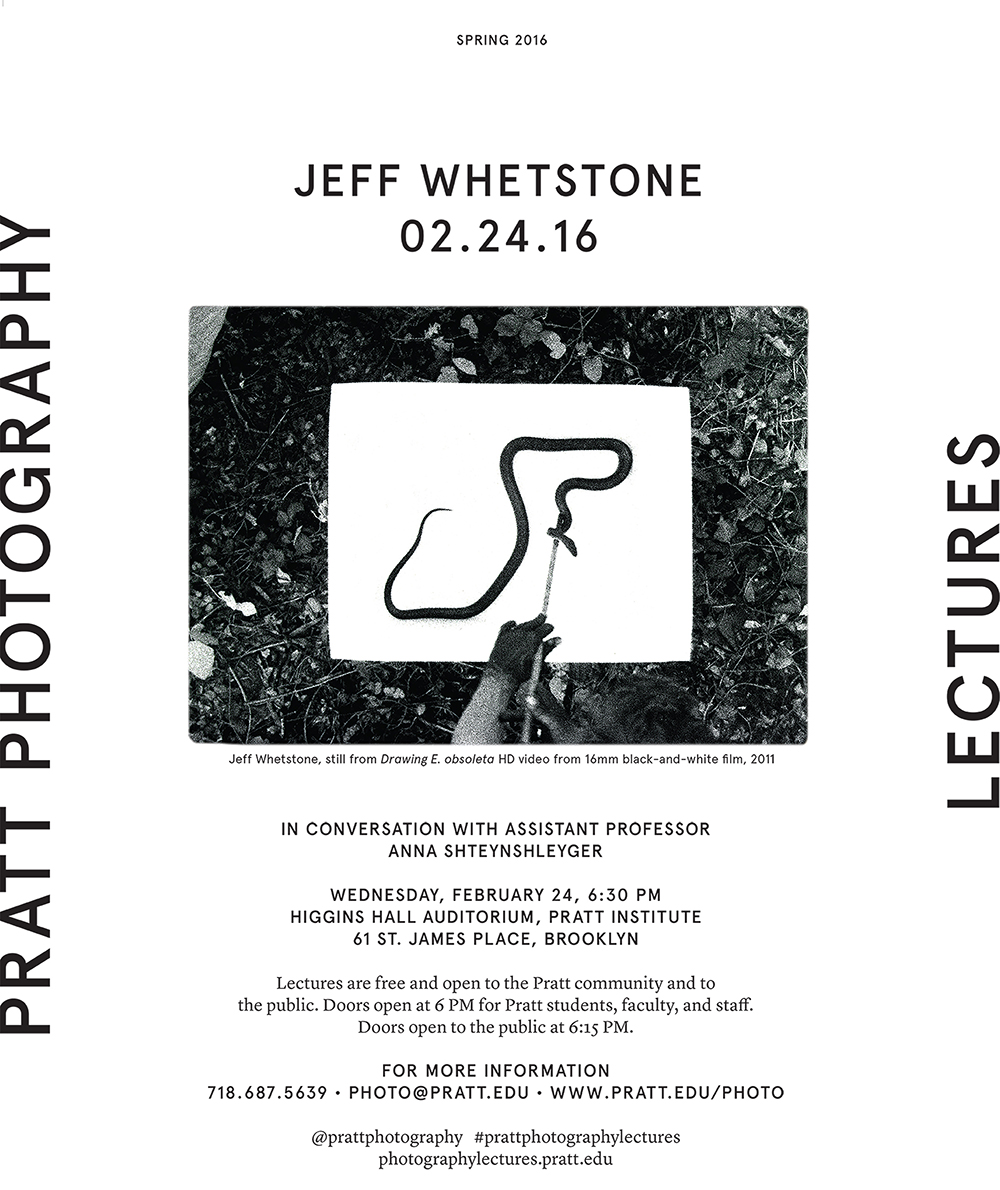 In part of the ongoing Pratt Photography Lectures series, photographer Jeff Whetstone and Assistant Professor Anna Shteynshleyger.will be having a conversation open free to the public on February 24, 2016. Jeff Whetstone was born in Chattanooga, Tennessee in 1968. Since receiving a Zoology degree from Duke University in 1990, Whetstone has been photographing and writing about the relationship between humans and their environment. Whetstone received his MFA in photography from Yale University in 2001. Whetstone was awarded a Guggenheim Fellowship in 2007 for a body of photographs entitled New Wilderness. The following year he received the first Factor Prize for Southern Art. Since 2008, his work has been reviewed in publications including The New York Times, Los Angeles Times, New Yorker Magazine, Time Out New York, Village Voice, and Art News. Whetstone first exhibited his video work in 2011 when his experimental narrative short, On the Use of Syrinx, premiered at the Moving Image Festival in New York. A second exhibition in 2011 at Julie Saul Gallery entitled Seducing Birds, Snakes and Men introduced Whetstone’s work in animation, 16mm film, and video. Whetstone was named Professor of Visual Arts at Princeton University in 2015.

Anna Shteynshleyger was born in Moscow, Russia in 1977. She received a BFA from Maryland Institute College of Art in 1999 and a MFA from Yale University School of Art in 2001. Shteynshleyger's work has been exhibited at venues including the International Center of Photography and the Museum of Contemporary Art, Chicago. Her work is included in the collections of the Jewish Museum and the Museum of Contemporary Photography, Chicago. Shteynshleyger has received numerous awards including the John Simon Guggenheim Foundation Fellowship, the Louis Comfort Tiffany Foundation Award, and the Blair Dickinson Memorial Prize. She is an Assistant Professor of Photography at Pratt Institute.