Play the Wind: A New Exhibition and Film by Alex Prager 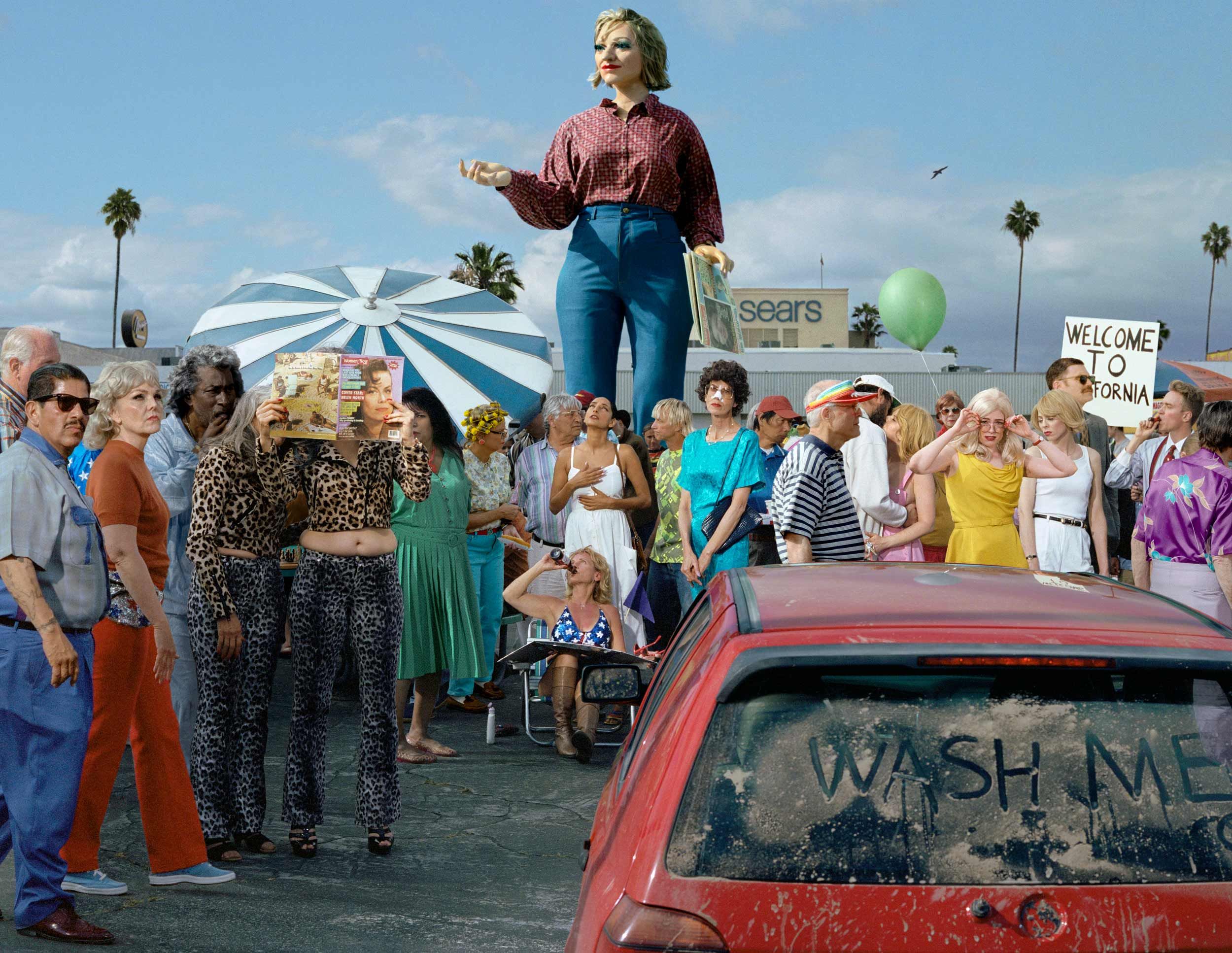 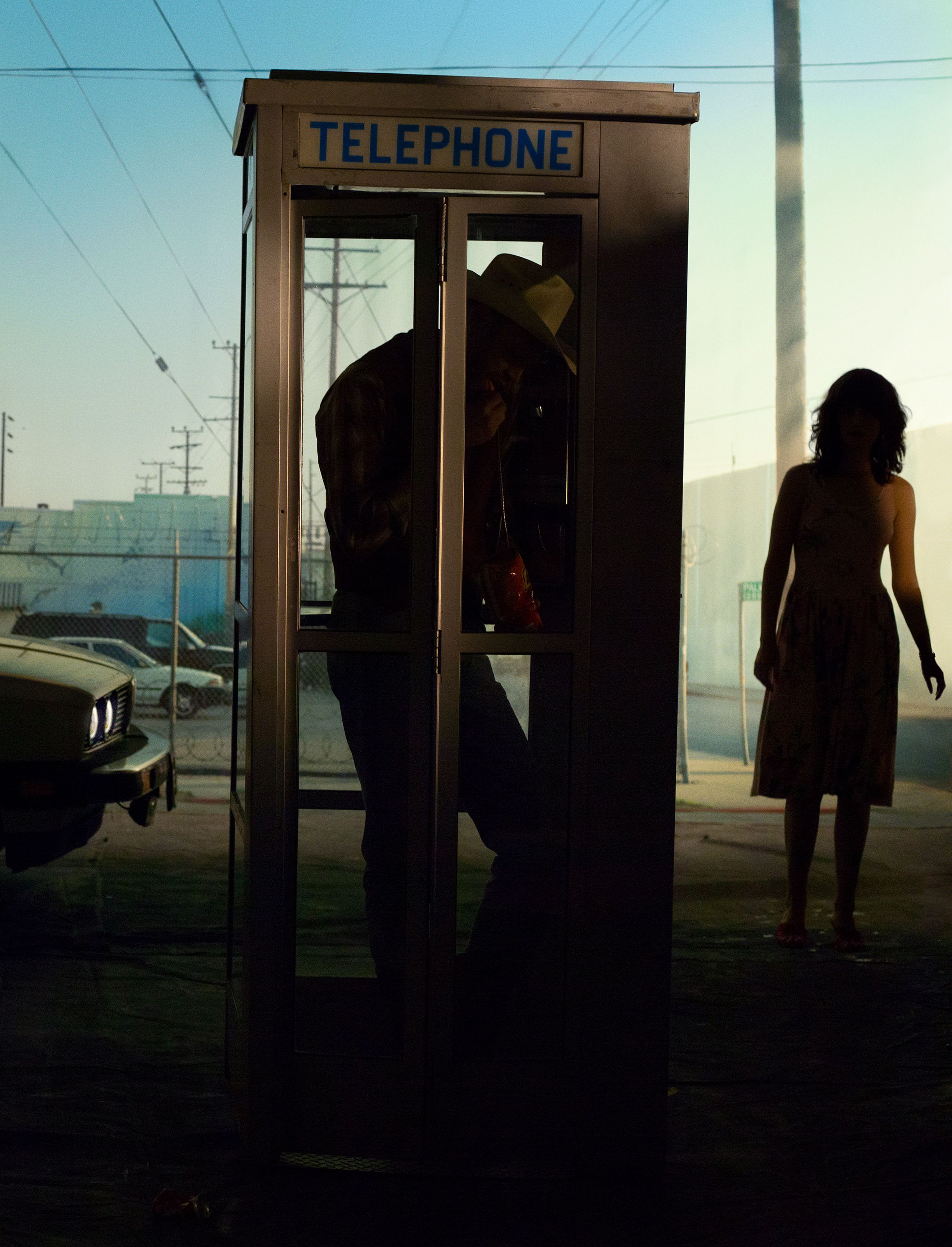 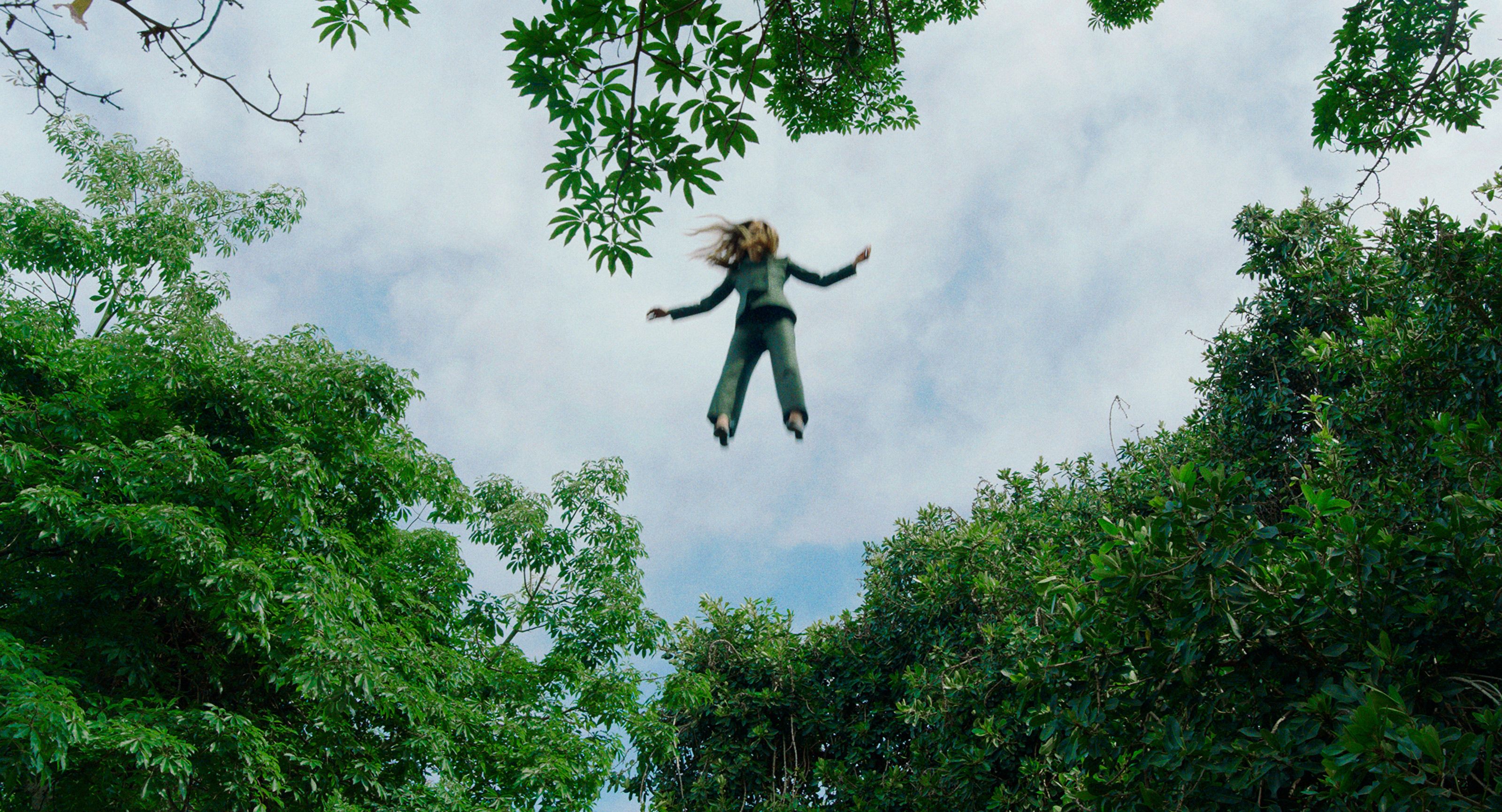 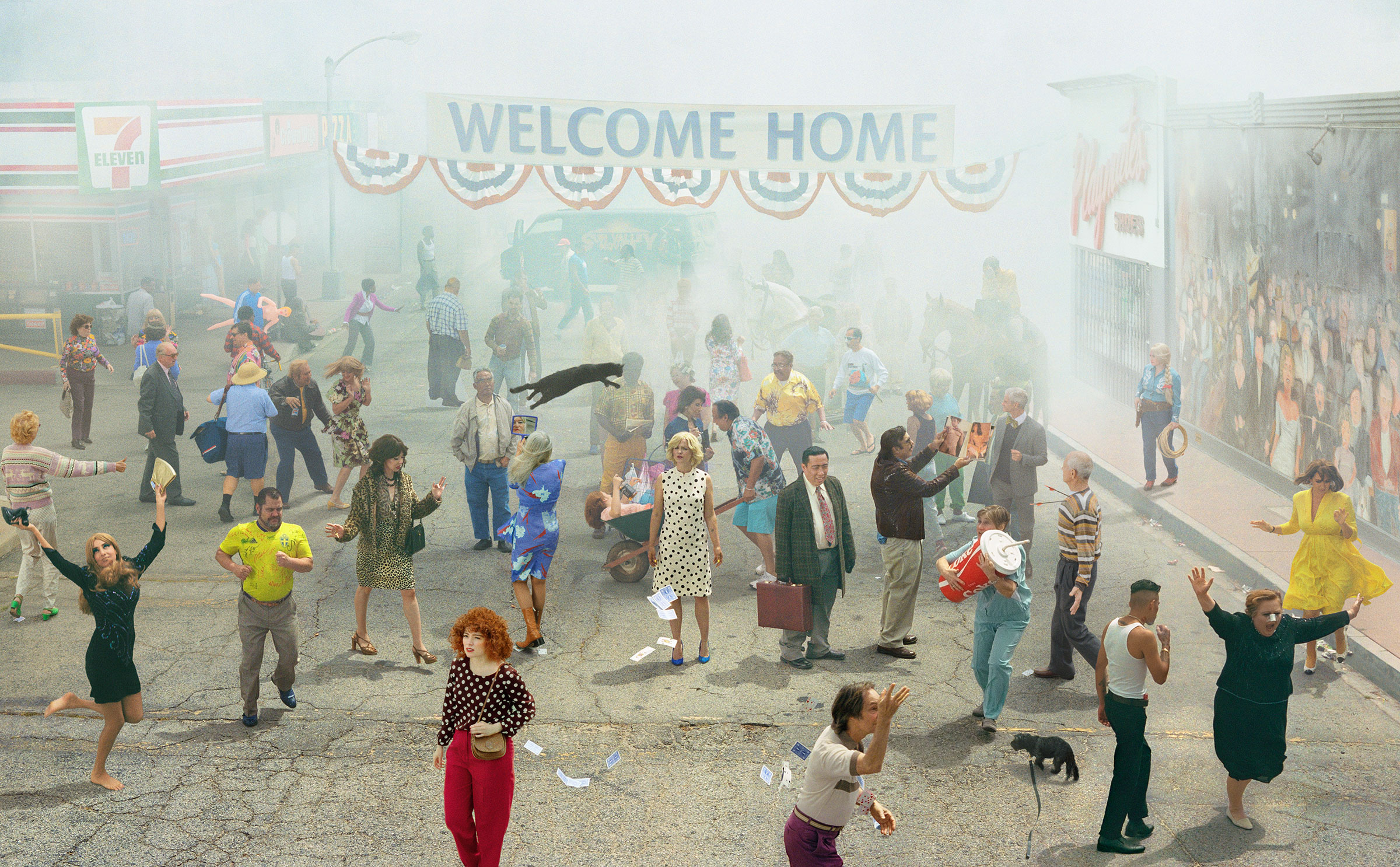 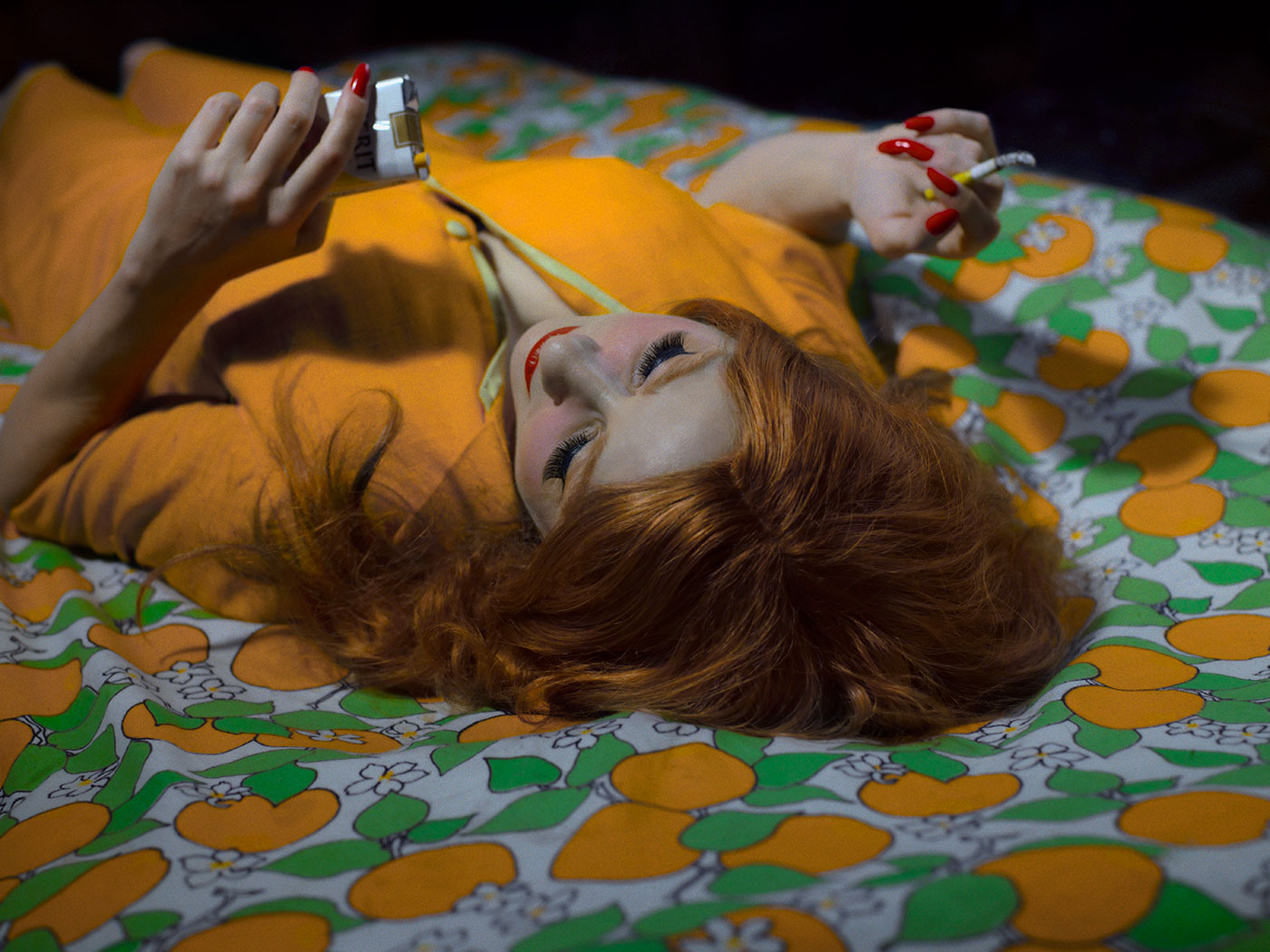 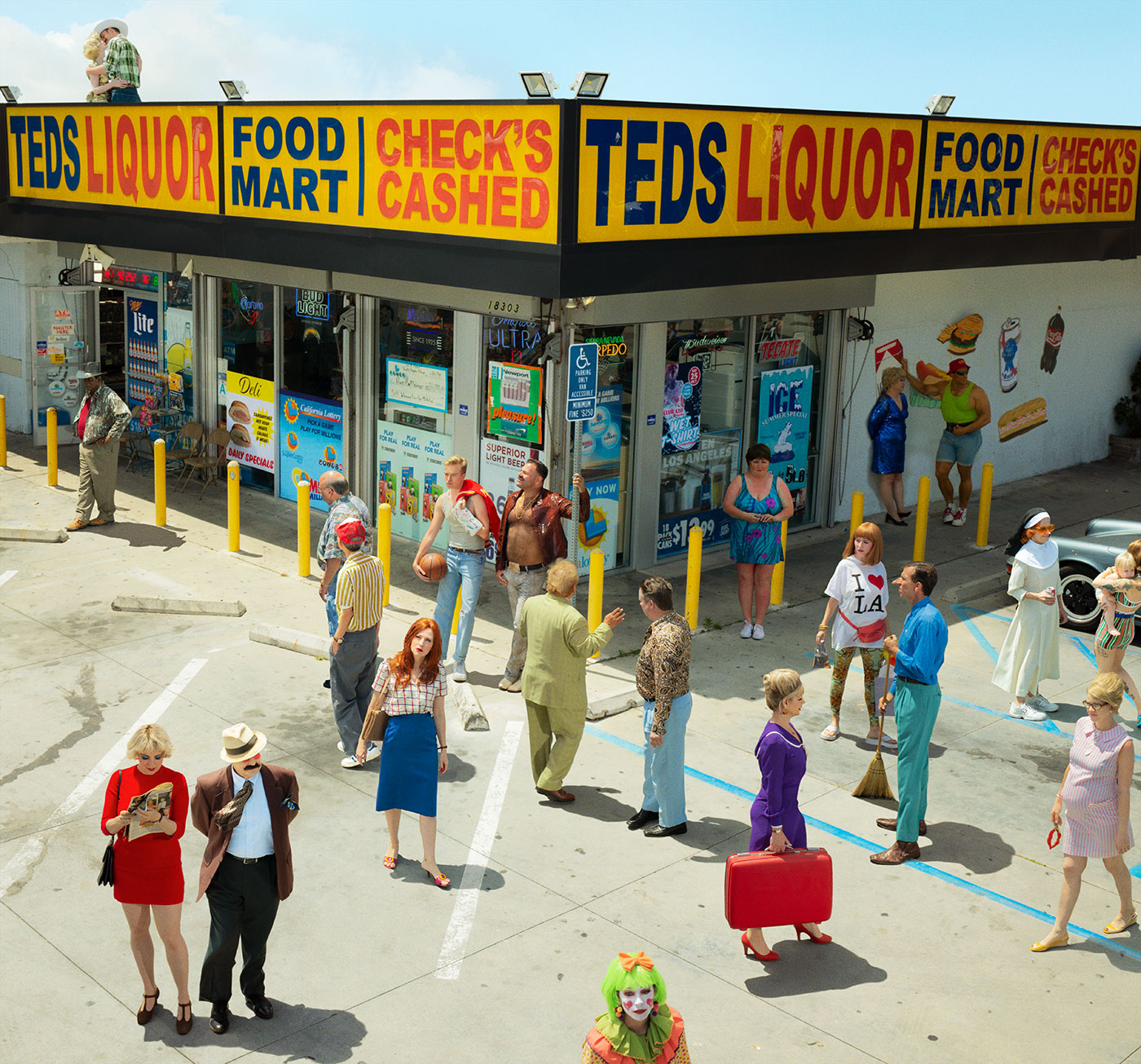 Alex Prager opens an exhibition of new work, including a new film, Play the Wind at Lehmann Maupin this week. Well established for her genre-defying approach to image making that timelessly combines eras, cultural references, and personal experiences, the photographs and the film debuted in this exhibition are a fresh reflection on Prager’s place of origin, site of inspiration, and frequent character—the city of Los Angeles.

Prager’s contemporary take on the modernist tradition of anthropomorphizing a city, from Henri de Toulouse-Lautrec’s Paris, to James Joyce’s Dublin, to Keith Haring’s New York City, arises from the artist’s recent professional and personal transformation. Having passed a major career milestone—the publishing of her first monograph, Silver Lake Drive (2018, Chronicle Books), and a mid-career retrospective of the same title—Prager spent time reflecting on her beginnings as a photographer and her transition to film directing. In addition, the birth of her first child in the city where she too was born and has lived most of her life contributed to an uncanny nostalgia for the artist that psychologically pulled her into the past while simultaneously beckoning her toward the future. Creating a film that could contain these seemingly contradictory impulses became the impetus for this new body of work.

In Prager's newest film, Play the Wind, we are led on a journey throughout Los Angeles with our protagonists Dimitri Chamblas (dean of the Sharon Disney Lund School of Dance at the California Institute of the Arts) and Riley Keough (American Honey and The Girlfriend Experience). Depicted from the vantage point of driving in the city, Prager cultivates a surreal sentiment of passing moments that feel like a fabricated memory or a dream. She utilizes this sensation of motion throughout the film as a narrative device, with her command of film directing, honed over eight films including the Emmy Award winning Touch of Evil (2011), now contributing a new sense of movement also evident in the accompanying still photographs. She anchors her characteristically elaborate fictional scenes within the real Los Angeles, shooting for the first time in many years primarily on location rather than in the studio—a decision that harkens back to when Prager began her career over a decade ago. Though the images contain large constructed set pieces and are populated with carefully cast extras (numbering up to 300), the presence of the Los Angeles streets infuses an element of urban lifeblood that is palpable in the work. Prager’s perception of Los Angeles is one of the artifice and drama befitting Hollywood, with real world chaos that overflows into sci-fi dystopia and post-apocalyptic dread. She toys with these visions of the city disseminated on film, TV, and within the popular imagination, which inform our characterization of a place as much as our own memories.

Technically important to the making of this film was Prager’s collaboration with a team to produce set designs and props that would add a layer of artifice and duplicity to her real-world locations. The interference of these traditional illusionary effects upon the actual Los Angeles streets and locations Prager shot on creates an unnerving sensation, hinting at the reality that might exist just outside of our perception. All of these elements are recast in the series of photographs, which appear in different configurations or on various scales that further destabilize any linear narrative. Drawing on the concept of a distorted memory, Prager has found ways to incorporate objects seen in the photographs and film into the gallery as sculpture, with the intent to further dislodge our understanding of place and time and bring us deeper into her highly constructed world.

Connoisseurs of Prager’s work will likely spot the references to her past series, such as the noir themed Compulsion (2012), or the archetypical ingénue of The Big Valley (2008). This self-referencing becomes yet another layering device, mixing Prager’s career-spanning themes and the greater art historical genres from which they are drawn to create work both entirely new, yet seemingly familiar. Prager’s incorporation of her past into her present work serves as a reminder that while the past may not be returned to, it does remain with us, appearing in surprising, sometimes unsettling ways.