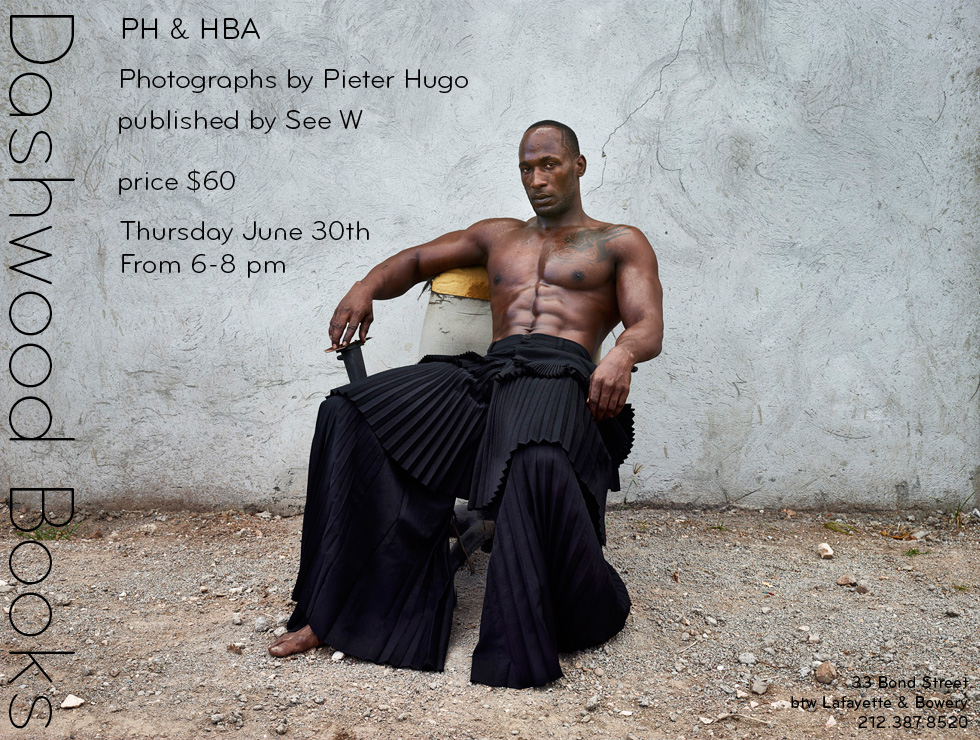 A book was published by See W entitled PH & HBA that includes an in-conversation essay between Hugo and Carlos Nazario, collaborator on the project and a long time collaborator and friend of Hood by Air’s founder Shayne Oliver. They discuss the challenges they faced photographing such sexually ambiguous characters in a country where homosexuality is still illegal. PH & HBA is published in an edition of only 500 copies - including a limited edition of 50 copies sold with a print.