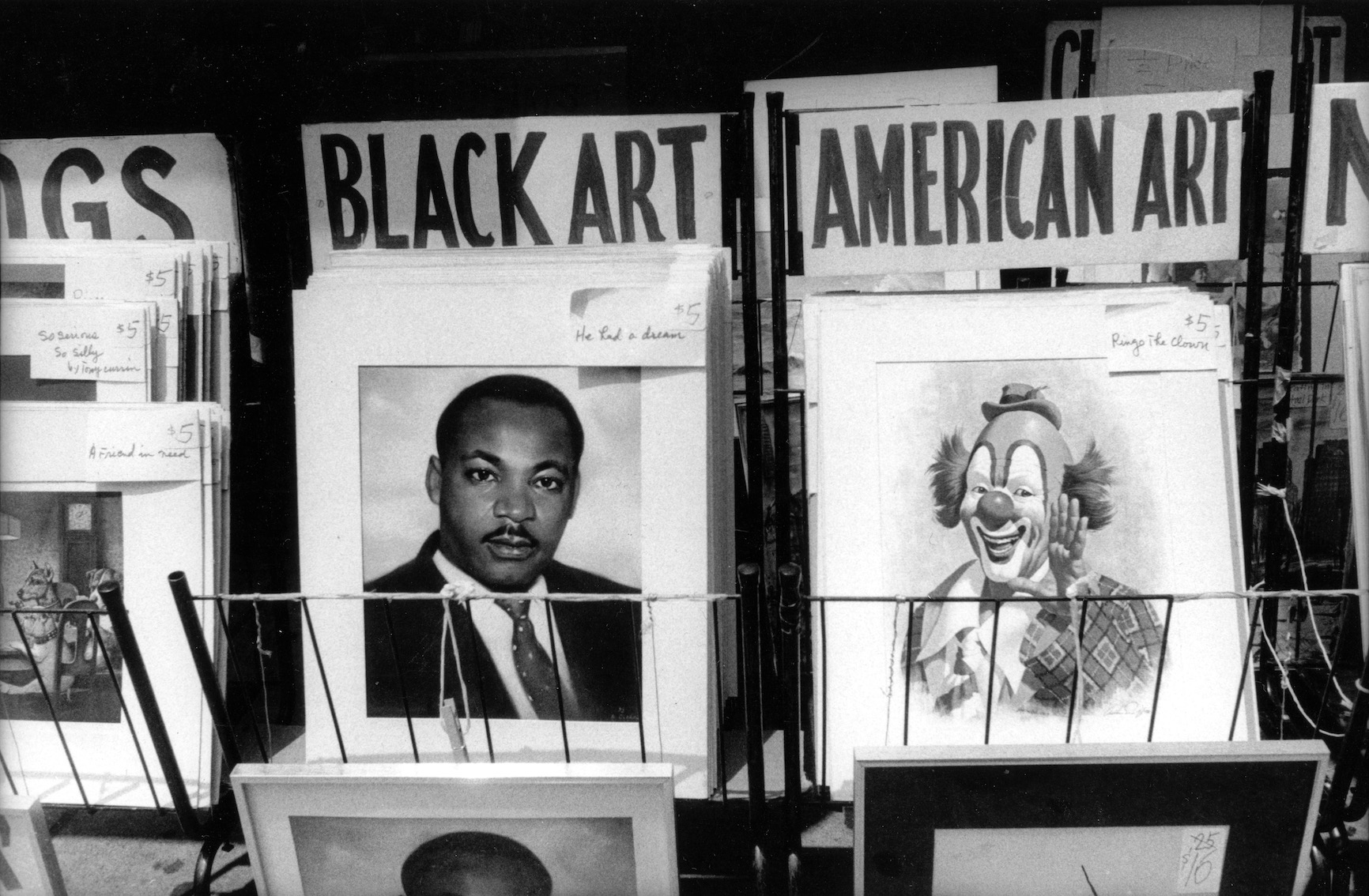 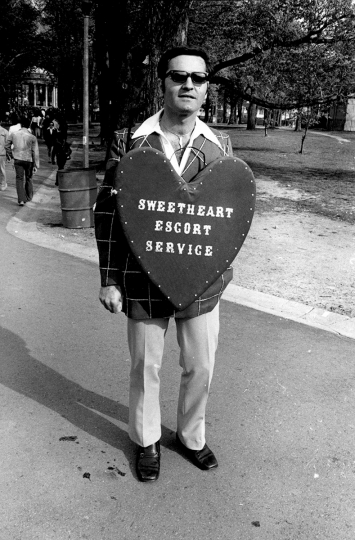 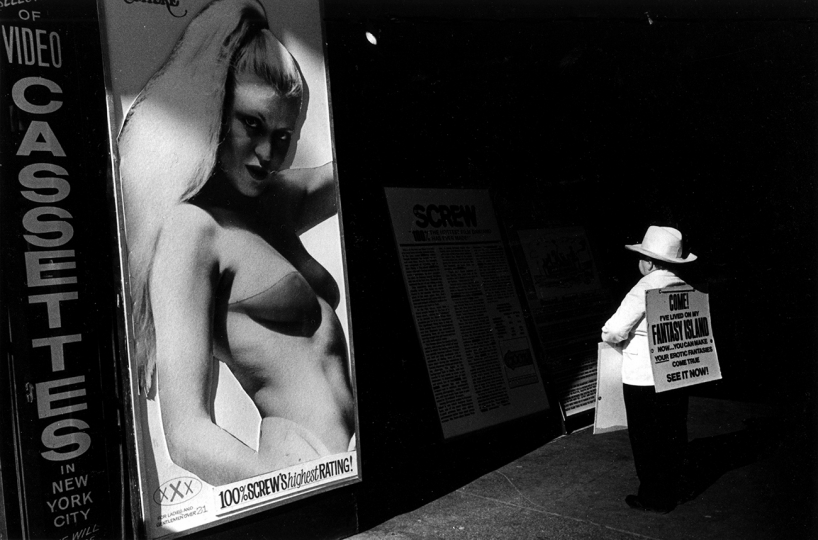 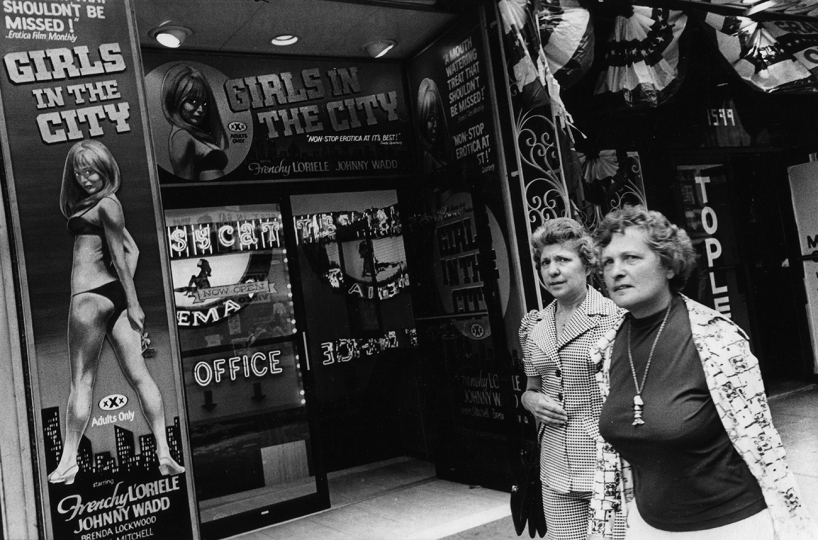 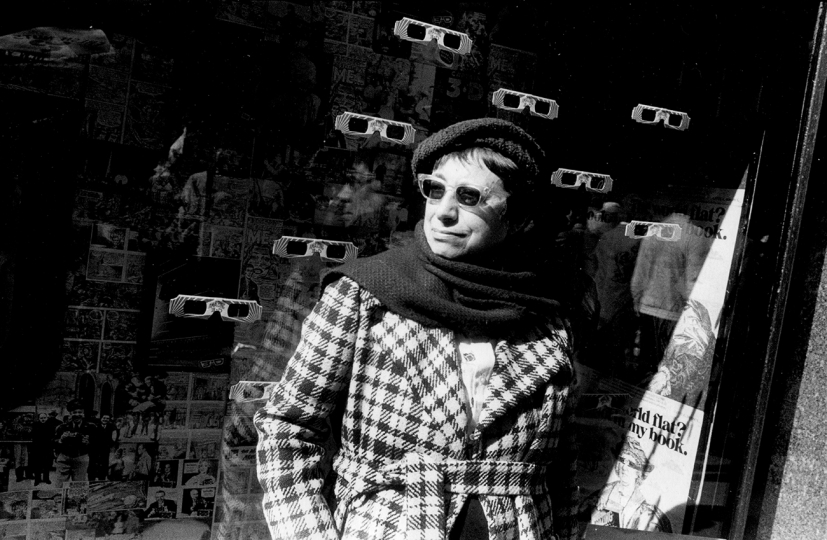 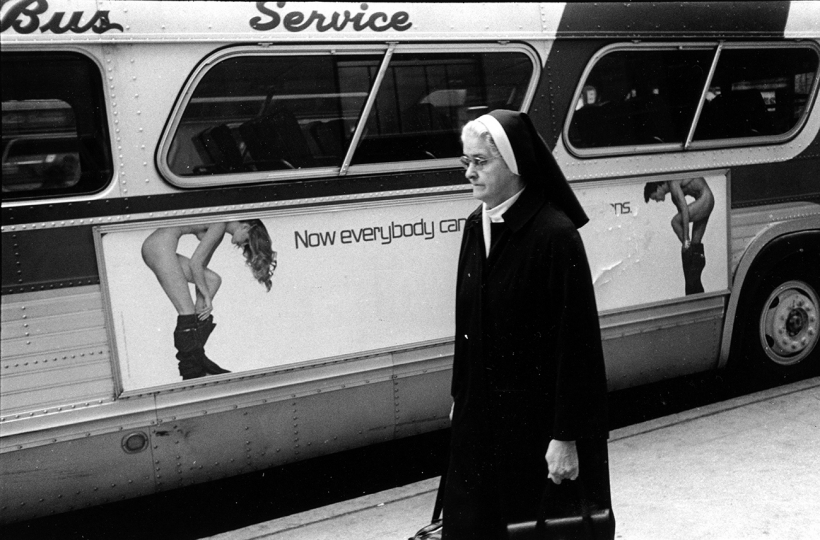 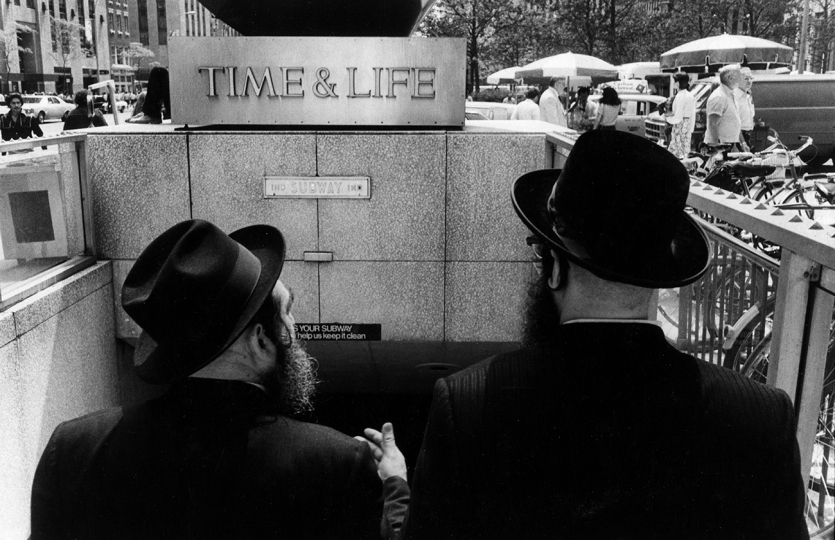 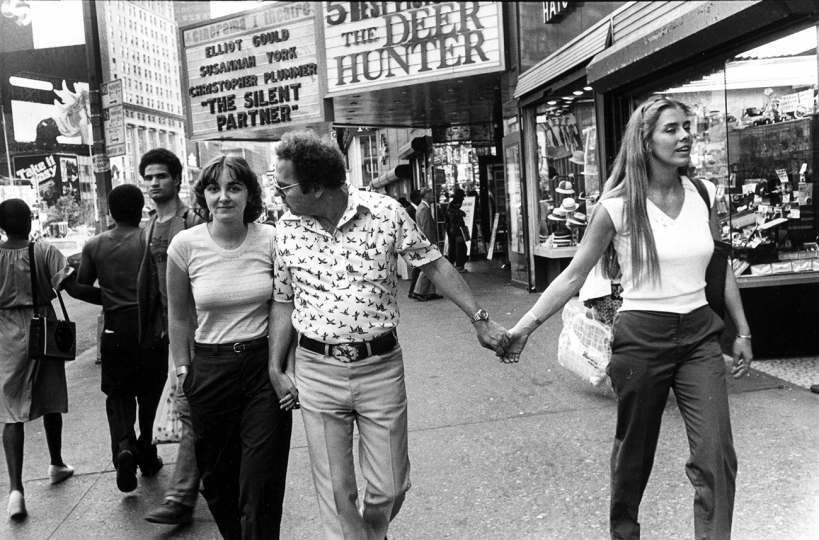 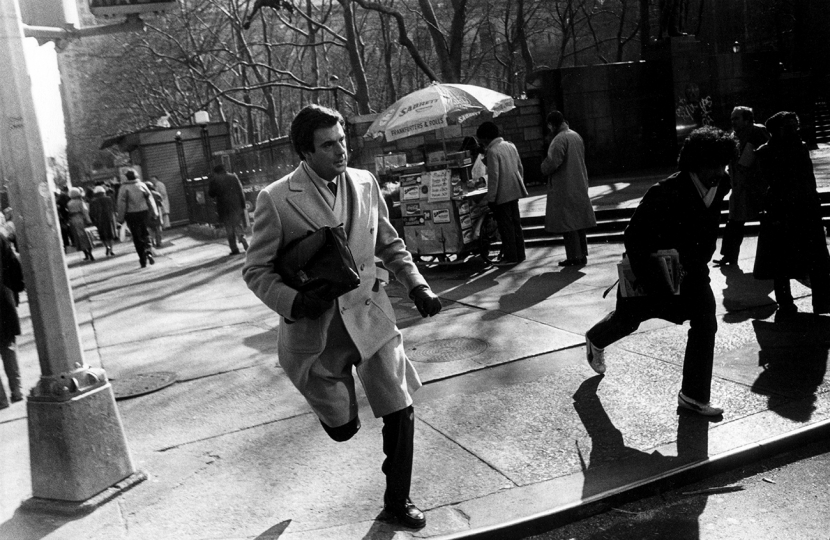 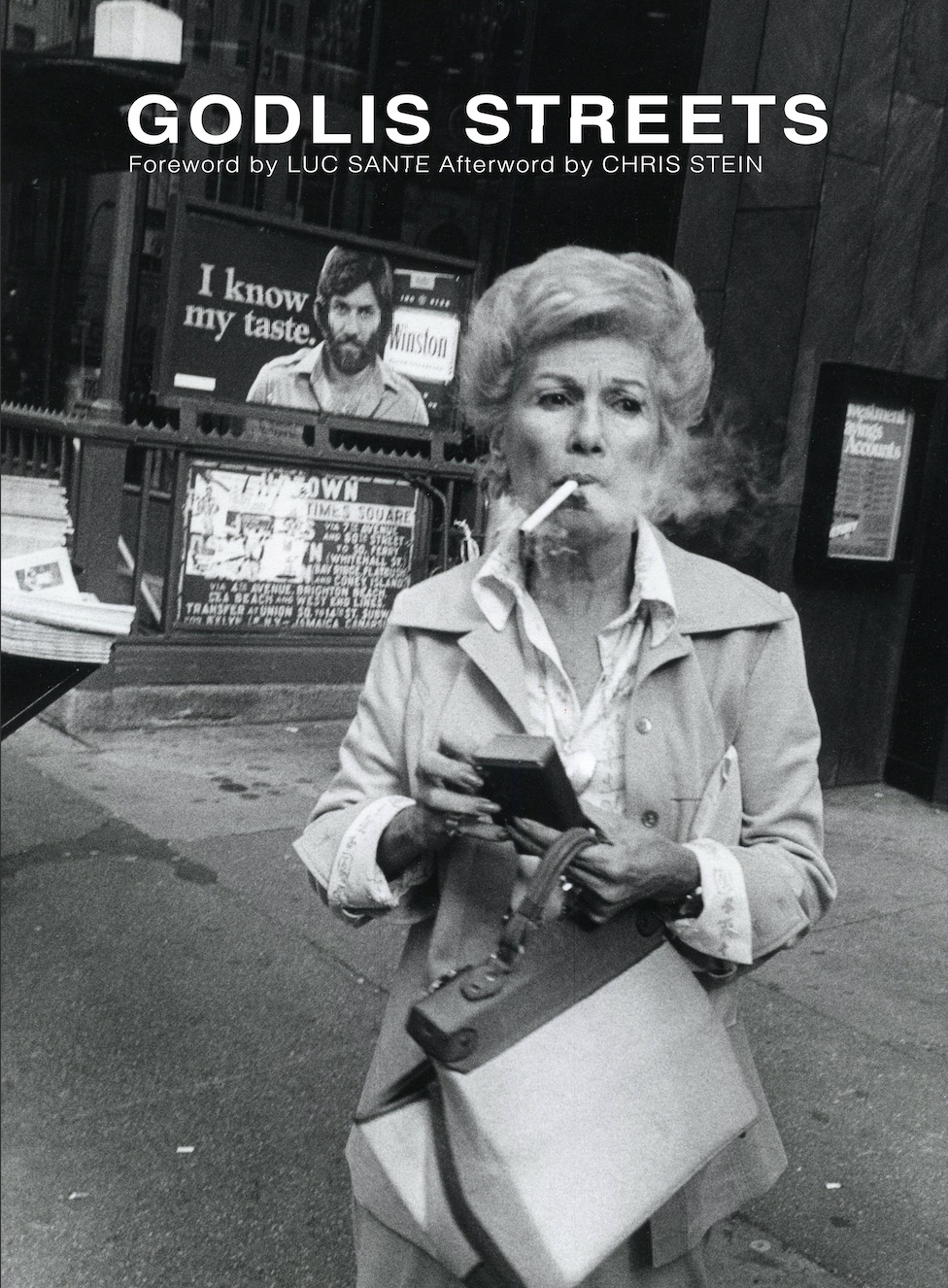 David Godlis has been taking photographs on the streets of New York for the past 40 years. “I am a Street Photographer. I walk around with a camera and shoot what I see. I’ve been doing that ever since I bought my first 35mm camera in 1970.”

Published by Reel Art Press, Godlis Streets is the first book dedicated to the artist and photographer’s incredible body of work and focuses on the 1970s and 1980s. Godlis’s street photographs from this time capture moments of mundanity, humor and pathos; his gift for acute observation and impeccable framing elevating these images to the extraordinary. A definition of what sincere street photography can and should be, Godlis Streets is the very best photography of its kind.

Born in New York City in 1951, David Godlis picked up his first camera in 1970, and has been shooting photographs non-stop ever since. The artist became enamored with the street work of Robert Frank, Diane Arbus, Garry Winogrand, and Lee Friedlander, amongst others. Godlis stumbled into the burgeoning punk scene at CBGB on the Bowery in the mid-1970s. And after seeing Brassai’s photographs of Paris in the 1930s, he began to photograph that scene with long handheld exposures under the Bowery streetlights. It was this technique that secured now-iconic grainy black and white photographs of the 1970s punk bands at CBGB, including The Ramones, Television, Richard Hell, and Blondie, documented in his first book History Is Made At Night. From the late 1980s until today he has been the unofficial official photographer for the Film Society of Lincoln Center, covering the New York Film Festival for the last 30 years. Meanwhile, he continues to document the streets of New York. 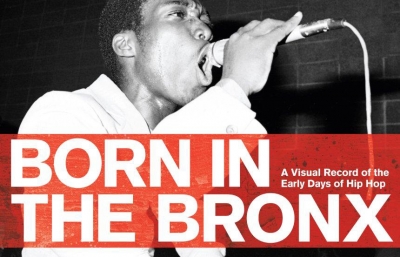 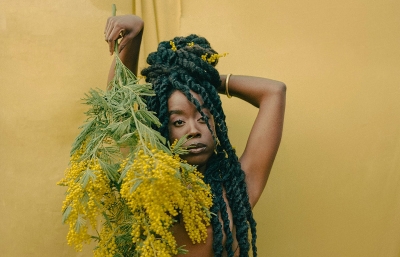